MG Motor enters ute fray with Extender – but not in Australia

IT IS no secret that the ute segment in Australia has boomed in recent years, with buyers developing a seemingly endless appetite for utes that can blend usability and practicality with day-to-day comfort.

One only has to look at runaway success stories like the Toyota HiLux – Australia’s most popular vehicle for a number of years – as well as the Ford Ranger, Mitsubishi Triton and Isuzu D-Max to see the popularity of the ute here.

That success has meant that in recent years a number of new competitors have thrown their hat in the ring, ranging from budget workhorses to luxury pick-ups, such as the Volkswagen Amarok, Mercedes-Benz X-Class, LDV T60, SsangYong Musso and even larger American contenders like the Ram 1500 and 2500, and the Chevrolet Silverado. 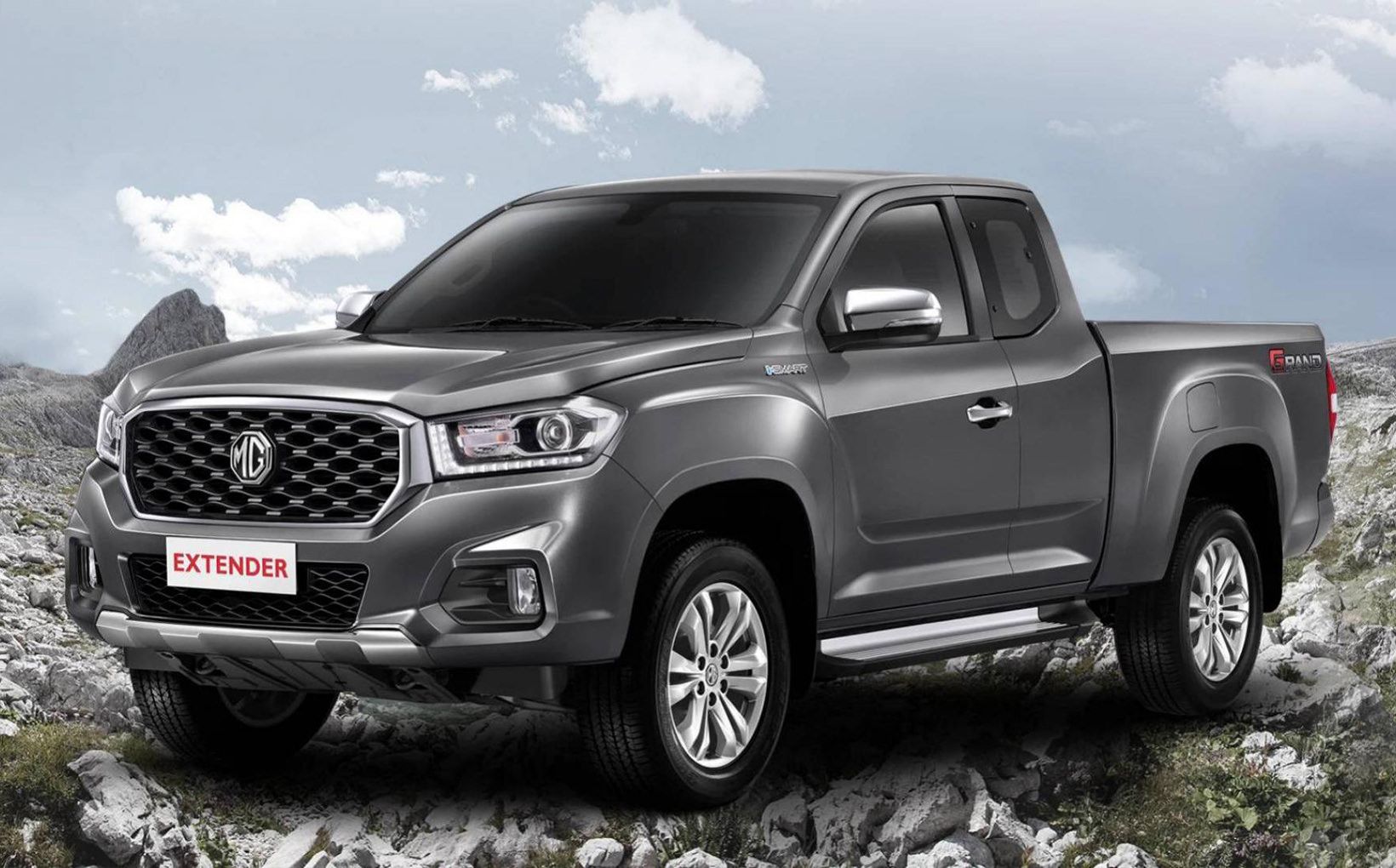 MG has released its own pick-up, the Extender, however an Australian arrival is not currently on the cards.

However, all the aforementioned brands have some pedigree when it comes to producing light-commercial vehicles, which makes the latest ute builder even more surprising – formerly British sportscar manufacturer MG!

Now under the ownership of Chinese automotive giant SAIC Motor, MG has revealed the Extender ute, the latest in a long line of utes to be built out of a factory in Thailand.

However, in a shock to many, MG Motor Australia has said it has no plans to bring the Extender Down Under, despite it being manufactured in right-hand drive. 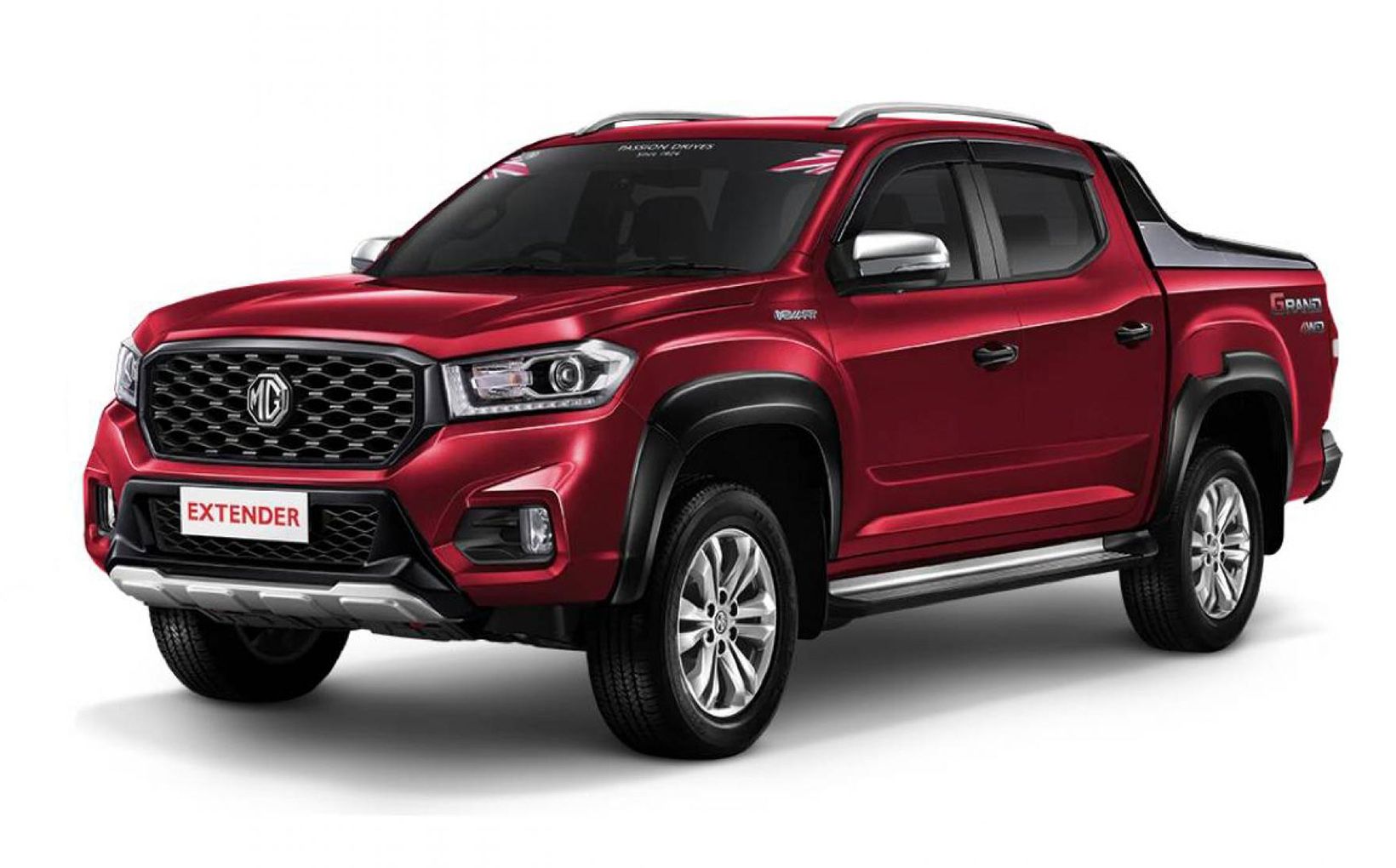 The Extender is closely related to its SAIC Motor stablemate, the LDV T60.

“We are aware that the MG Extender ute has been launched in Thailand this past week, however this product is not on our agenda now or in the foreseeable future,” said a spokesperson for MG’s local arm.

Also, utes make up a considerable 19.0 per cent of all new-vehicle sales through the first seven months of this year.

Nevertheless, the Extender will only be sold in right-hand drive in Thailand, where the vehicle is being produced. 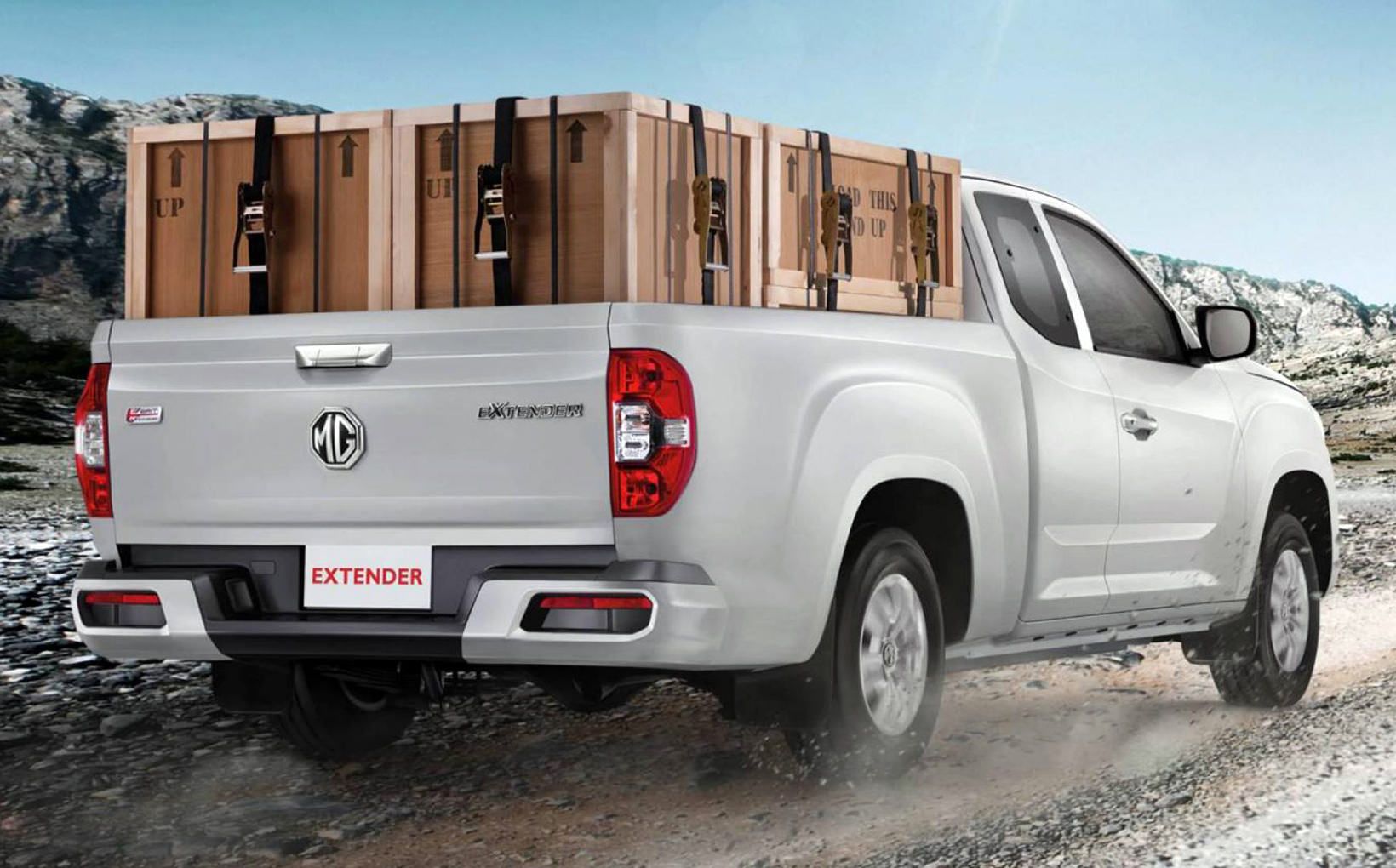 The Extender is powered by a 119kW/375Nm 2.0-litre turbo-diesel four-cylinder engine.

The Extender is largely based off the LDV T60 as both brands are under SIAC ownership, and visually, the only major differences that set the Extender apart are its unique grille insert and alloy wheels, which can be had up to 18 inches in diameter.

MG has decided to forego selling a single-cab variant, with only extra- and dual-cab body styles available in Thailand. Extra-cab versions come with rear-wheel-drive only, while dual-cab variants come with the choice of 4x2 or 4x4 drivelines.

4x2 examples are offered with a six-speed manual or the option of a six-speed auto, while all-paw versions come with the two-pedal version only. 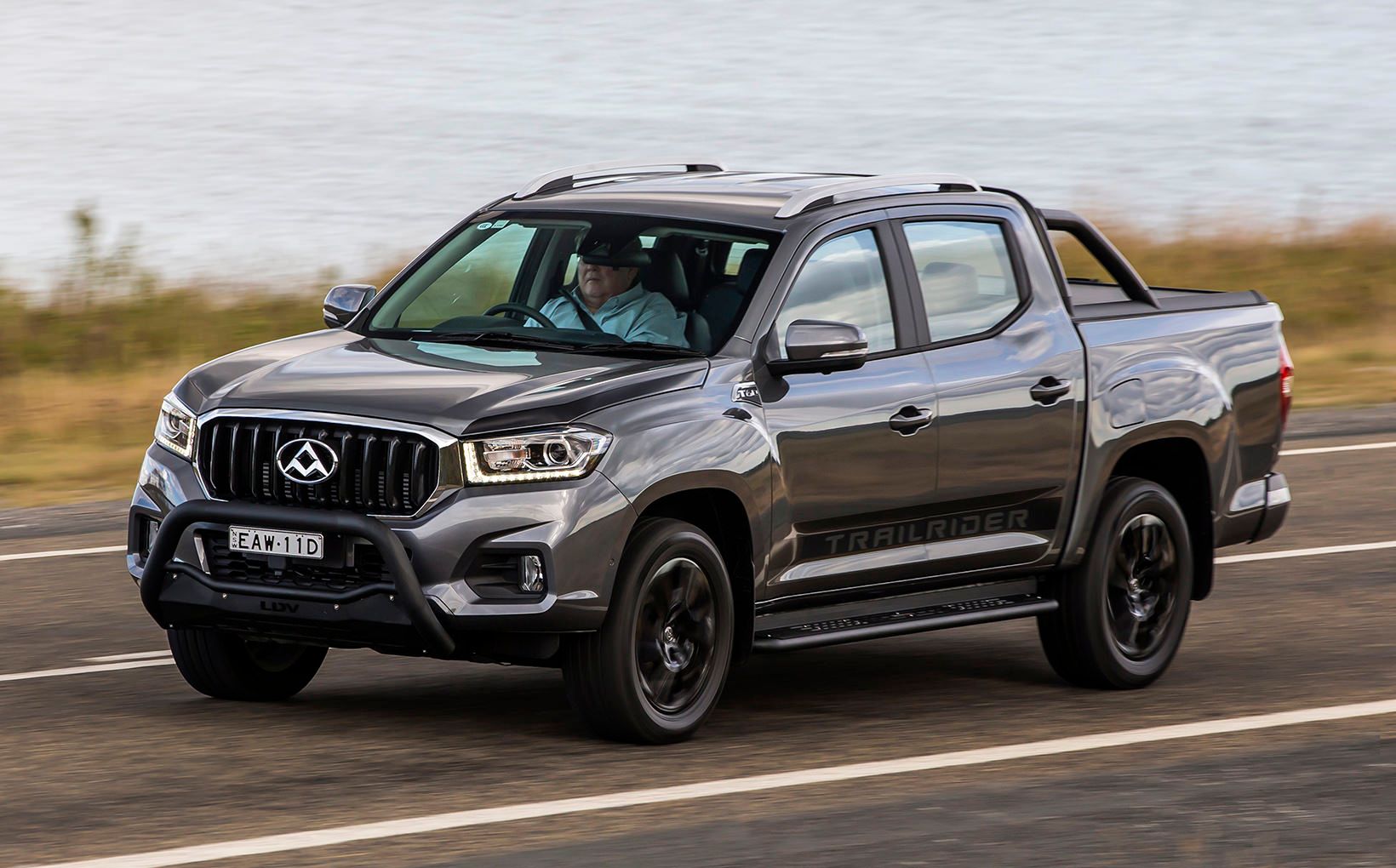 The similarities between the Extender and the mechanically related LDV T60 (pictured) are obvious.

Double-wishbone front and leaf-sprung rear suspension underpins the Extender, while disc brakes all around help the big ute come to a brisk stop.

Inside, the Extender is treated to a 10.0-inch touchscreen infotainment system, a reversing camera, six airbags, hill-start assist and hill-descent control, among other features.

The introduction of a ute marks the first light-commercial vehicle from MG, with its four-model Australian line-up currently consisting of the MG3 light hatch, the MG6 small sedan, and two SUVs – the small ZS and mid-size GS. 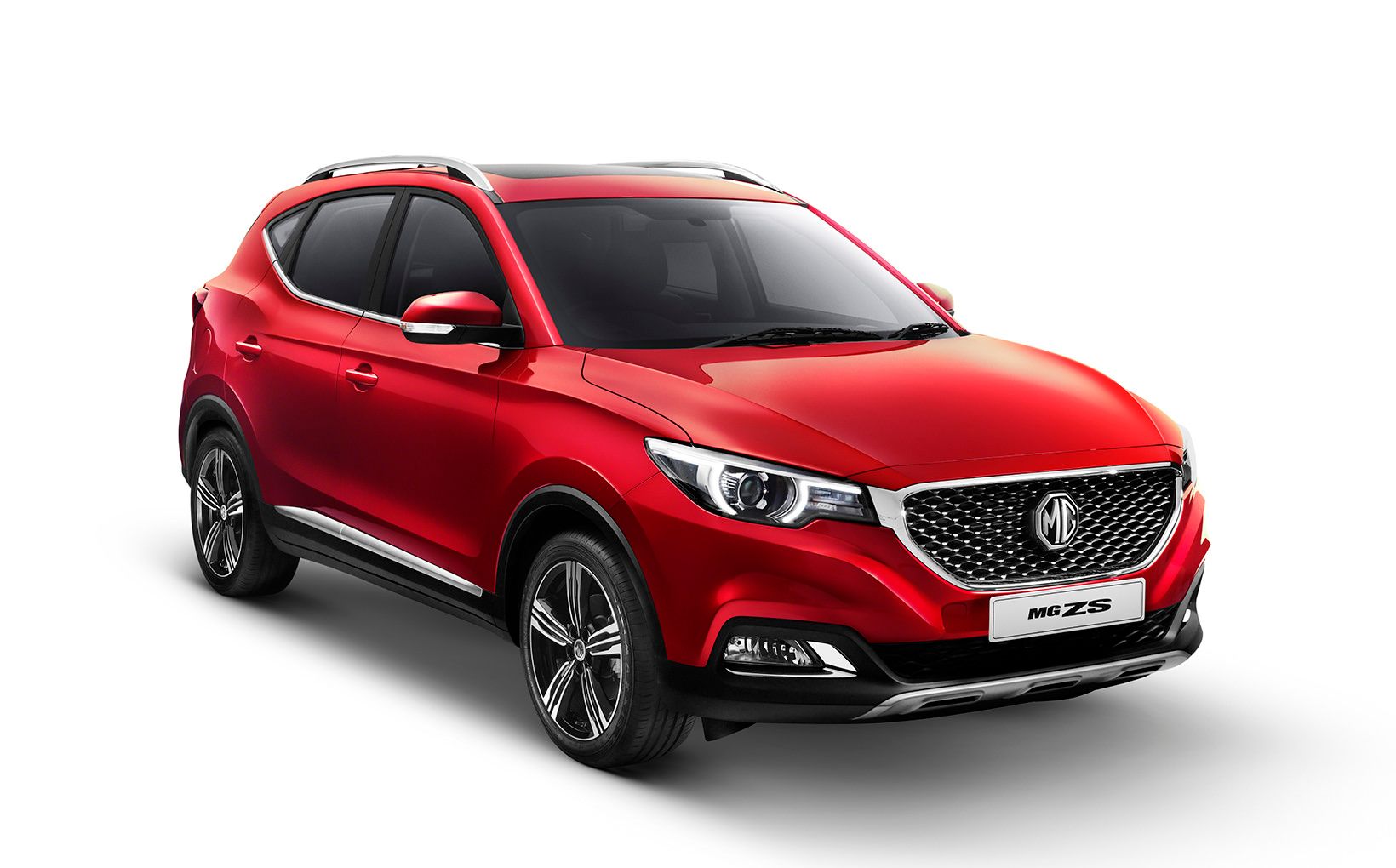 The MG ZS has been one of the brand’s most successful models, helping to significantly lift sales this year.

The MG3 and ZS have both clocked up over 2000 sales so far this year, helping the brand to 4420 combined sales – a massive 253 per cent year-on-year increase despite overall new-vehicle sales dropping in 2019.

While its product portfolio is now made up of sensible, high-volume day-to-day models, that wasn’t always the case for MG. In a past life, before Chinese ownership, the British brand was known for making a range of coupes and sedans with a penchant for sportiness.

Originating back in the 1920s as Morris Garages, the MG brand passed hands a number of times, with British Leyland, Rover and BMW all claiming ownership at some point in the 20th century. 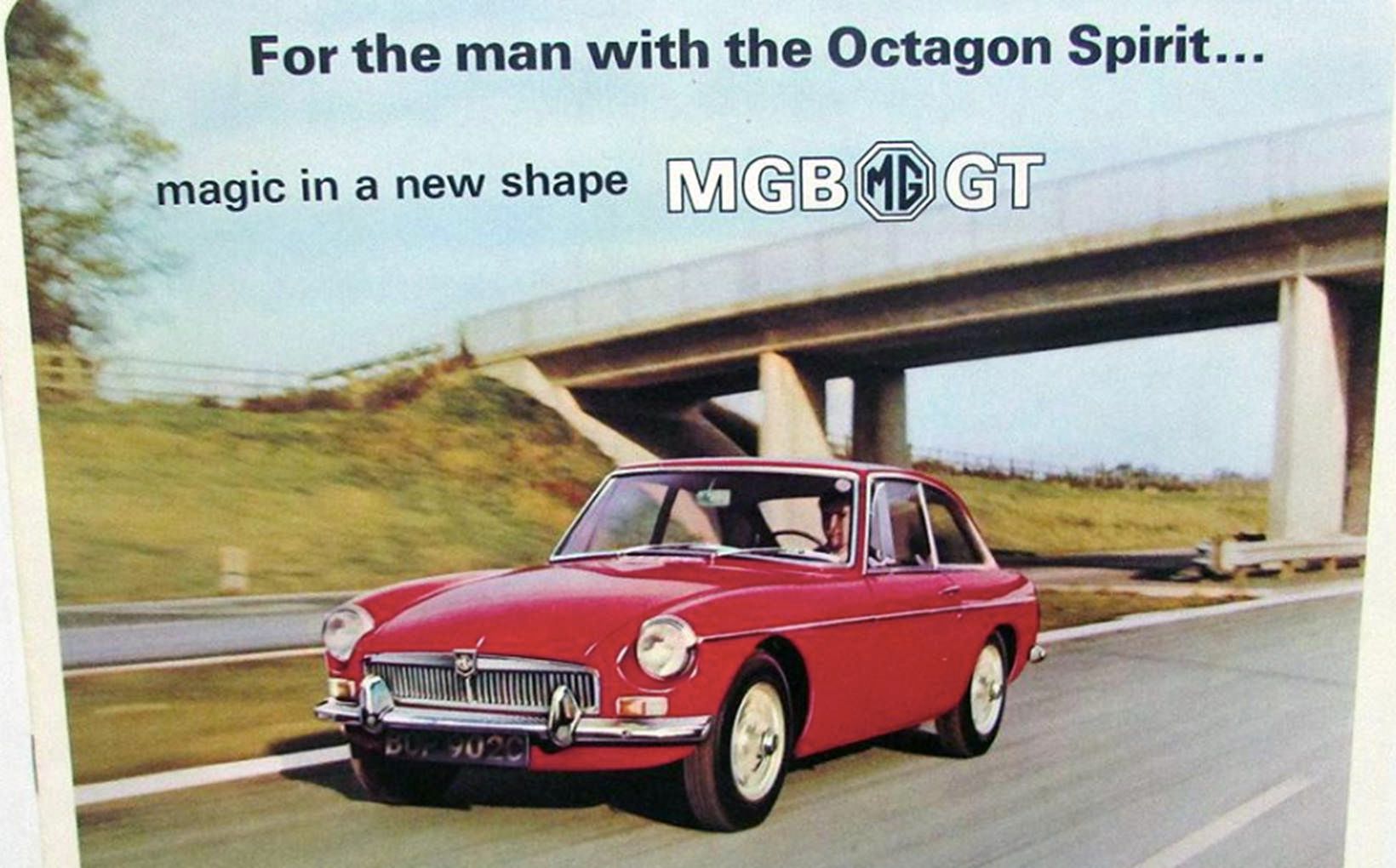 The MGB is treasured among MG fans and is considered one of the brand’s finest models.

Arguably the most iconic MG model was the MGB two-seat open-top sportscar produced from 1962 to 1980, which during its production run was powered by a range of four, six and eight-cylinder engines.

The nimble and lightweight MGB was even assembled locally for a decade running from 1963 to 1972, and its accessible price point made it a hit with many, with over 500,000 vehicles sold across its production run.

While MG has no plans to bring the Extender to Australia, if the brand’s early successes taper off and sales start to dip, bringing an entrant into one of Australia’s most popular segments is an ace up the sleeve that any brand would be happy to have.

Protect your MG. Call Shannons Insurance on 13 46 46 to get a quote today.