As little as 10 years ago, the idea of coupe-style SUVs seemed foreign. Only a couple of vehicles such as the goofy-looking SsangYong Actyon and not-for-Australia Nissan Murano CrossCabriolet could truly claim to be forerunners for the alternative body style.

I mean, it makes sense, right? Would anyone really want to sacrifice some of the practicality of an SUV, which was probably purchased for its increased usability in the first place?

As it turns out, yes, yes they would. The past decade has seen the emergence of a huge raft of coupe-style SUVs such as the BMW X6 and X4, Audi Q8, Lamborghini Urus and Porsche Cayenne hit Australian showrooms. 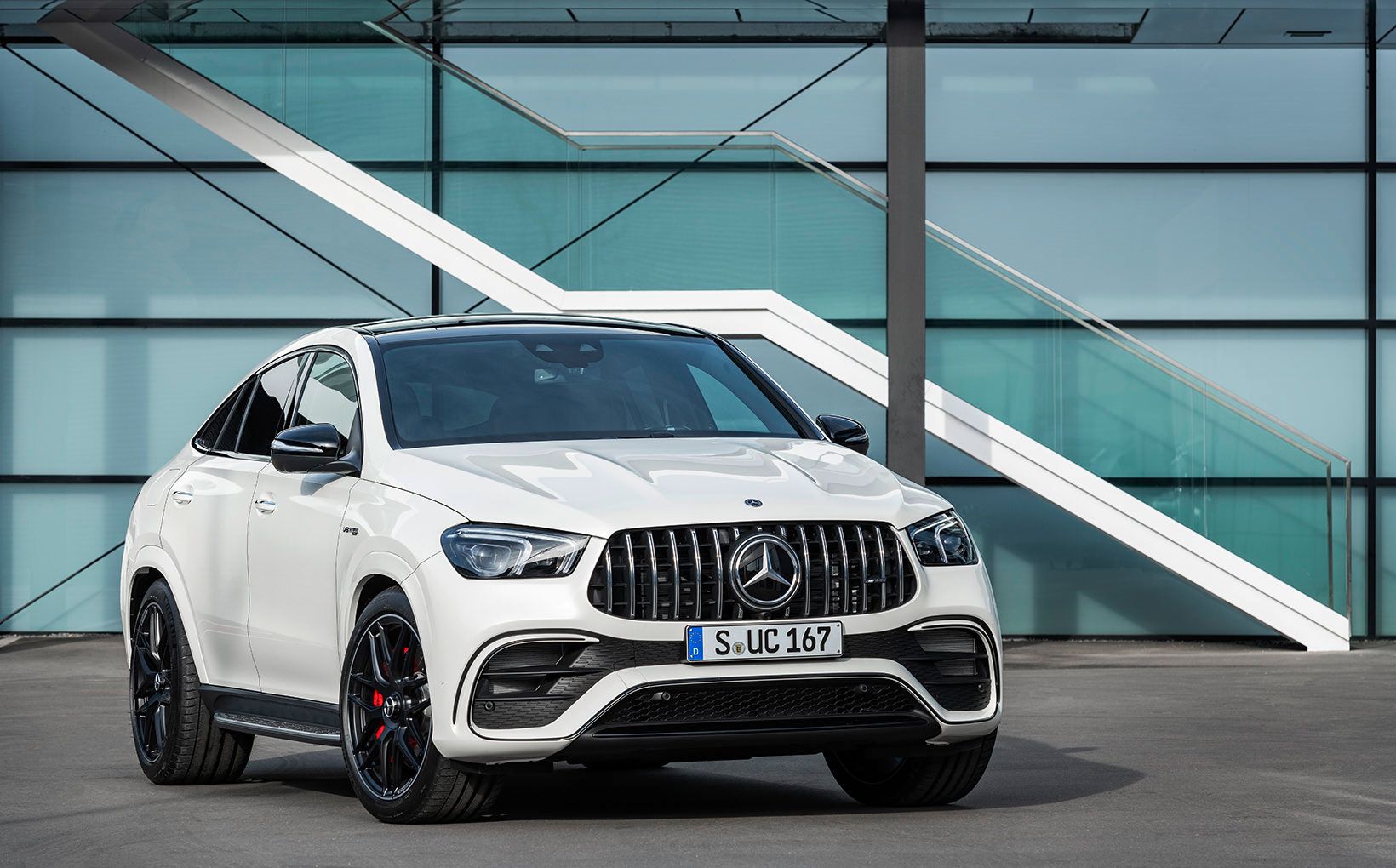 Mercedes-Benz also got in on the act with a sloped-back versions of its GLC medium SUV and one-size larger GLE, the latter of which has just been revealed in top-spec AMG guise.

Hot on the heels of the ‘regular’ Mercedes-Benz GLE Coupe that was revealed in August and arriving the second quarter of the year, hi-po GLE63 S AMG will follow soon after in the third quarter, bringing with it some serious firepower.

Given that Mercedes-Benz Australia will only be bringing the top-spec S grade Down Under – as is standard procedure by now – local customers will get a taste of the most potent version of the GLE’s 4.0-litre twin-turbo V8 petrol engine. 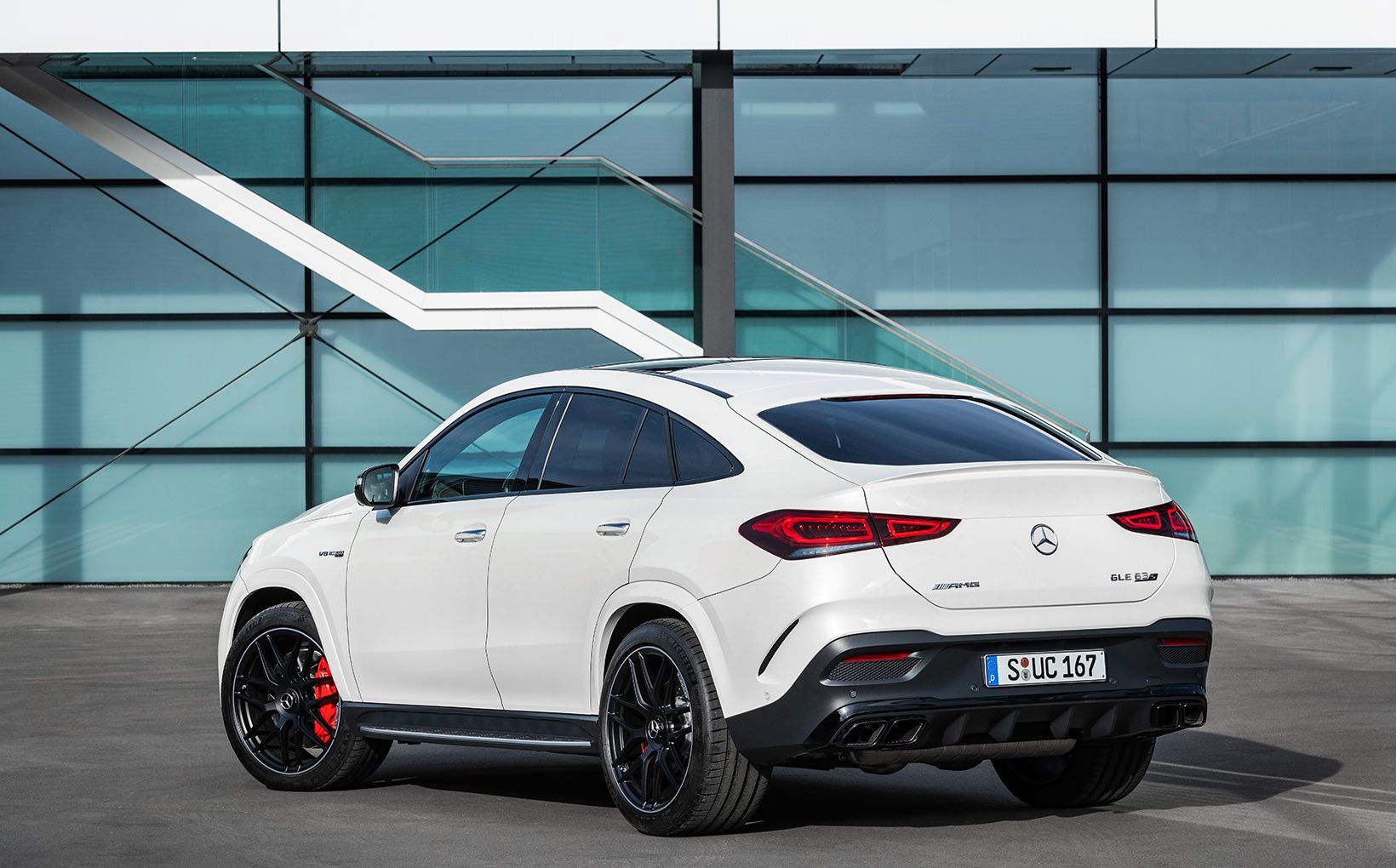 The new version is the second generation of GLE Coupe to arrive in Australia, following the original which debuted in 2015.

For the first time, the GLE 63S will also be equipped with Mercedes’ EQ Boost starter/alternator and 48V on-board electrical system, which can momentarily add an extra 16kW/250Nm of oomph when needed.

All that power is sent to the road via a nine-speed AMG multi-shift automatic transmission, while Mercedes’ rear-biased all-wheel-drive system gives a driver-focused experience with variable torque distribution and a three-stage ESP program. 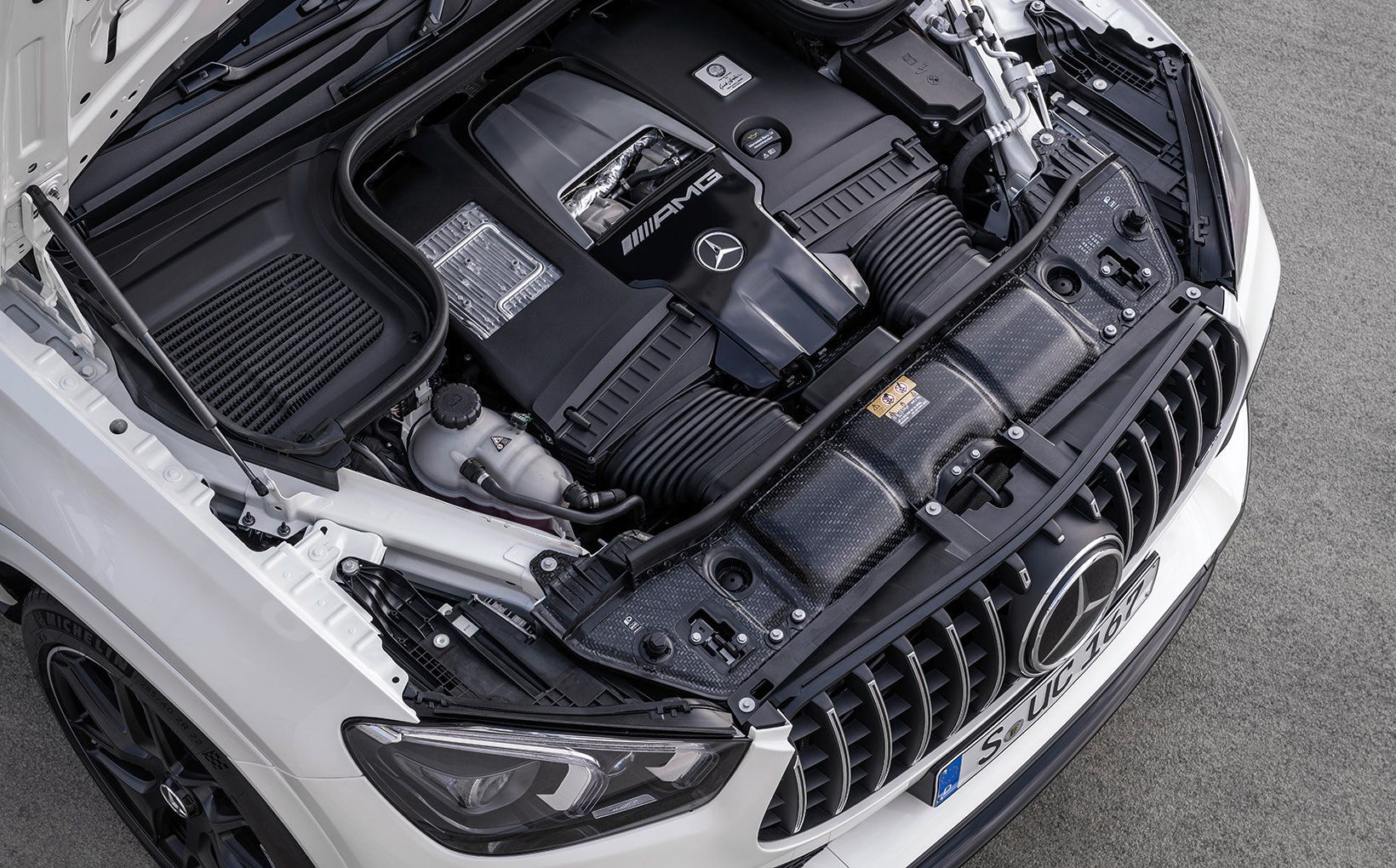 The GLE63 S features the usual drive modes found in other AMG vehicles including Comfort, Sport and Sport+, but also feature a new Race mode, which the brand says configures all parameters for “maximum performance”.

With all-paw grip and a big stable of horses under the bonnet, the hefty GLE Coupe is able to rocket from standstill to 100km/h in just 3.8 seconds (the same figure as the GLE63 S wagon), while V-max is electronically limited to 280km/h.

The force-fed 4.0-litre V8 found in a raft of AMG models sips 11.5 litres per 100km when underpinning the GLE63 S Coupe, with the 48V system and cylinder deactivation technology (where up to four cylinders can be shut off when in Comfort mode) able to help bring the V8’s thirst down. 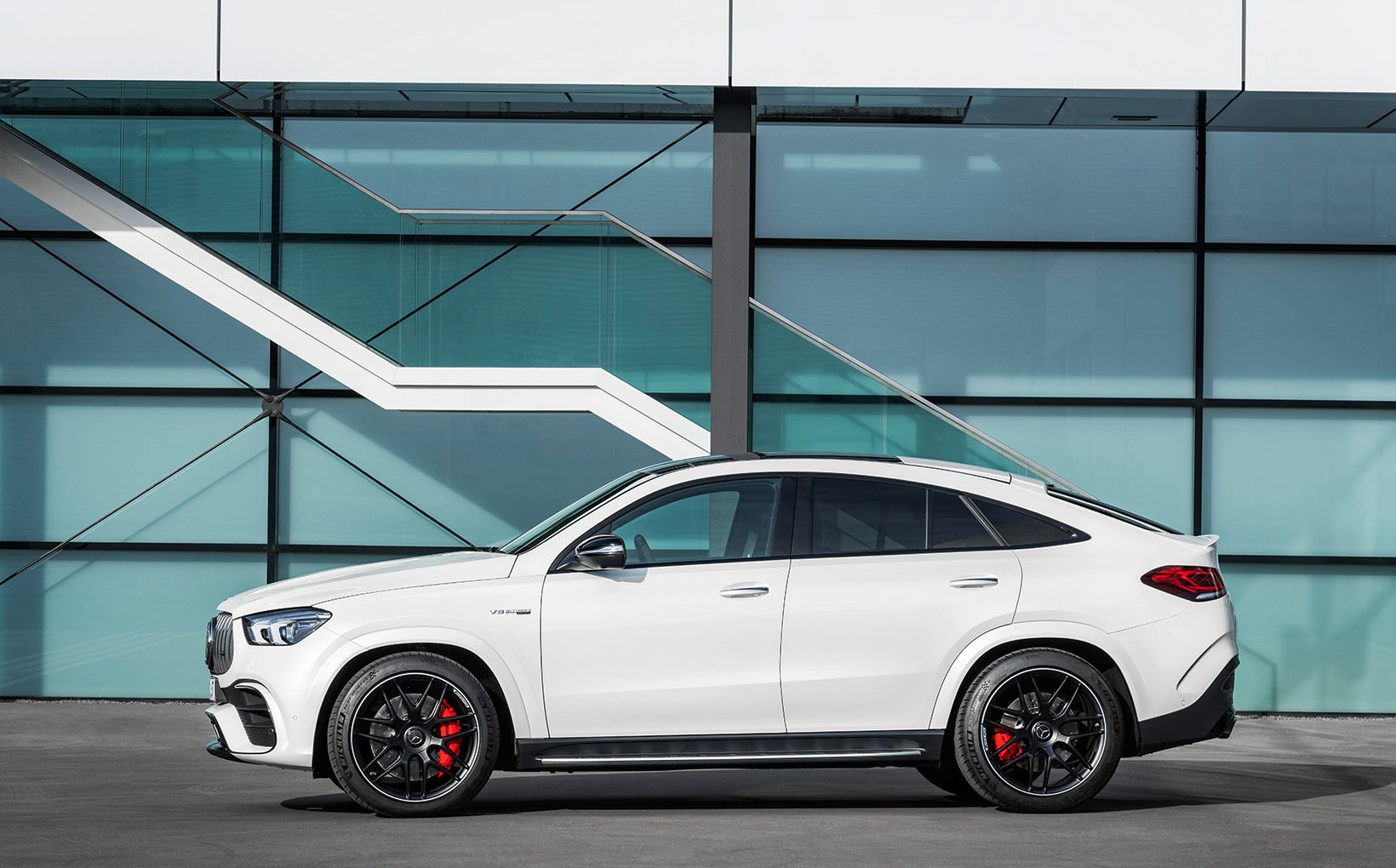 Depending on the drive mode selected, the self-levelling suspension system can be raised or lowered, while the 48V electrical system is used to power the active roll stabilisation, which helps keep the big SUV flat through corners while balancing out uneven bumps in the road.

Grip, handling and cornering ability is also helped by an electronic locking differential on the rear axle. 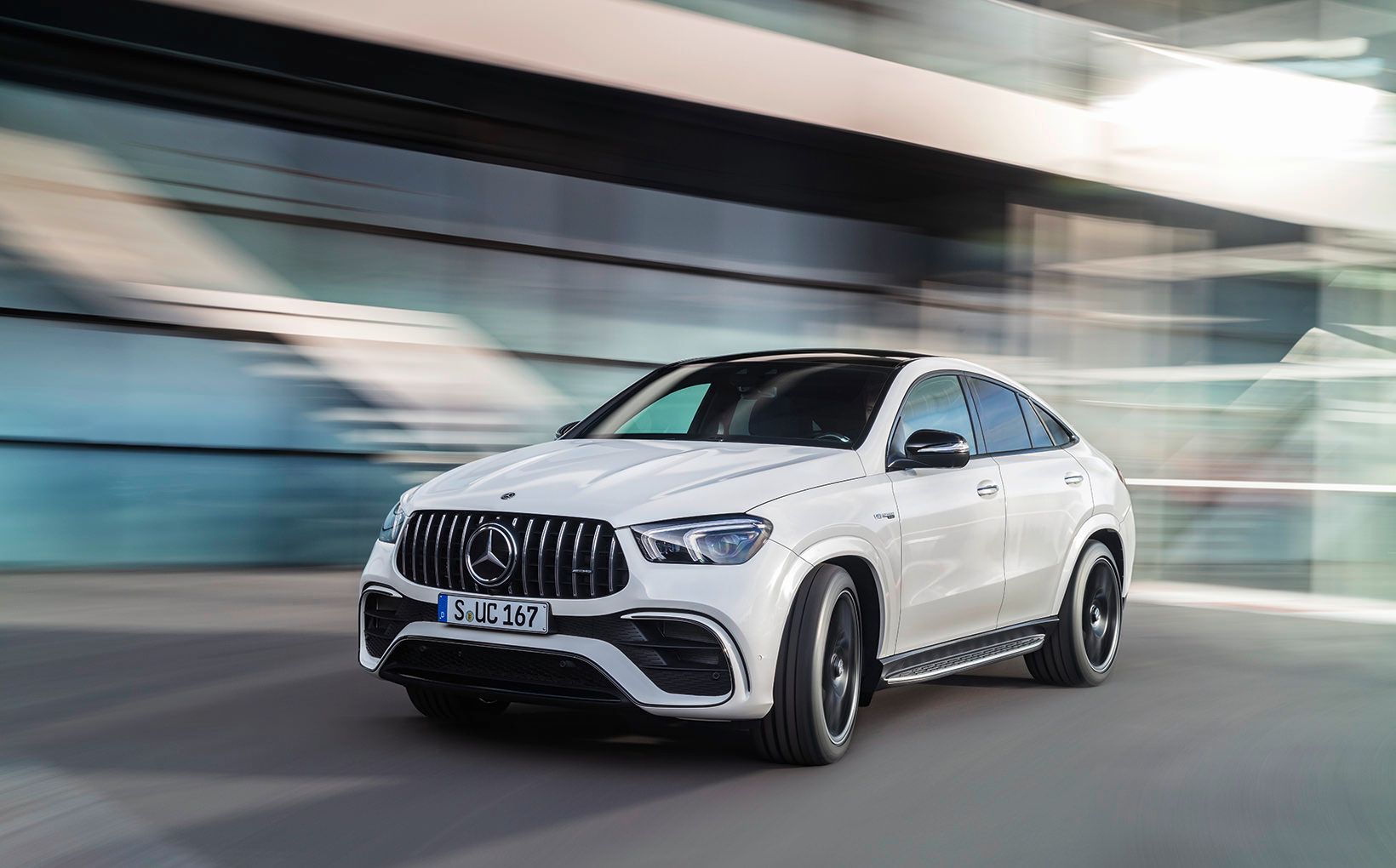 A range of extra features ensure handling us up to scratch for an AMG model.

Speed-sensitive, variable-ratio sports steering is offered as standard, while stopping power comes courtesy of 400mm discs and six-piston callipers up front, and 370mm rotors with single-pot callipers at the rear.

Like other AMG models, the GLE63 S is distinguished by its Panamericana grille with vertical chrome slats, along with a jet-wing design for the front apron with black side intakes and a silver chrome front splitter.

Body-colour finish is applied to the flared wheelarches, side skirts and exterior mirrors, while extra visual flair is derived from the black diffuser, rear apron and fluted quad-exit exhausts. 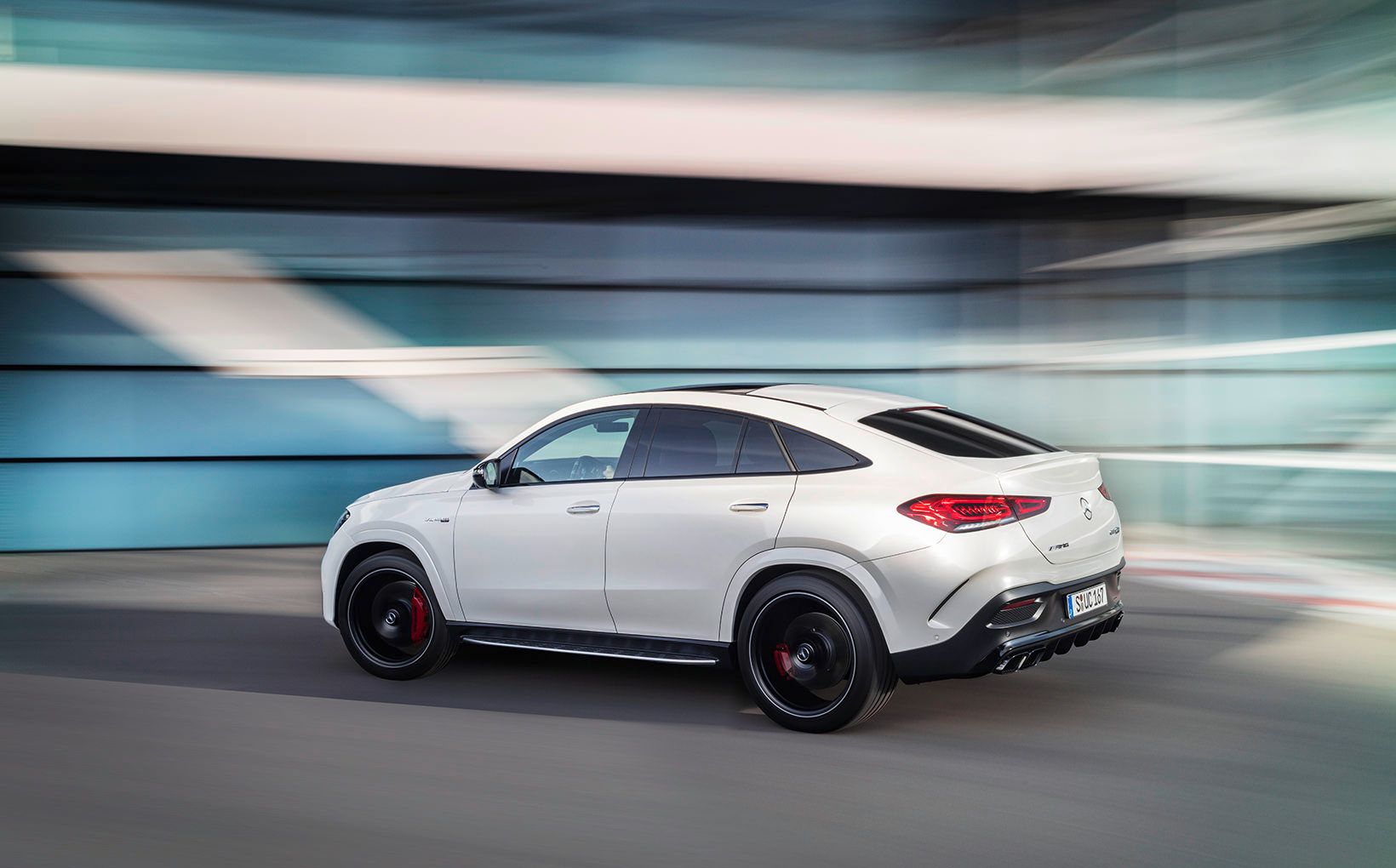 Features such as 22-inch alloys and a unique bodykit give the GLE63 S a unique visual flair.

All the luxury befitting a Mercedes is included inside, with Nappa leather upholstery and contrast grey stitching, ambient lighting, a three-spoke AMG Performance steering wheel, stainless-steel sports pedals and door sill panels, a range of AMG-specific buttons and dials for the ESP program and a performance exhaust.

The Mercedes MBUX infotainment system is included and is projected onto the twin 12.3-inch digital displays comprising the instrument cluster and multimedia screen, complete with AMG-specific displays that include readouts for engine and transmission oil temperature, g-forces, a lap timer and engine outputs. 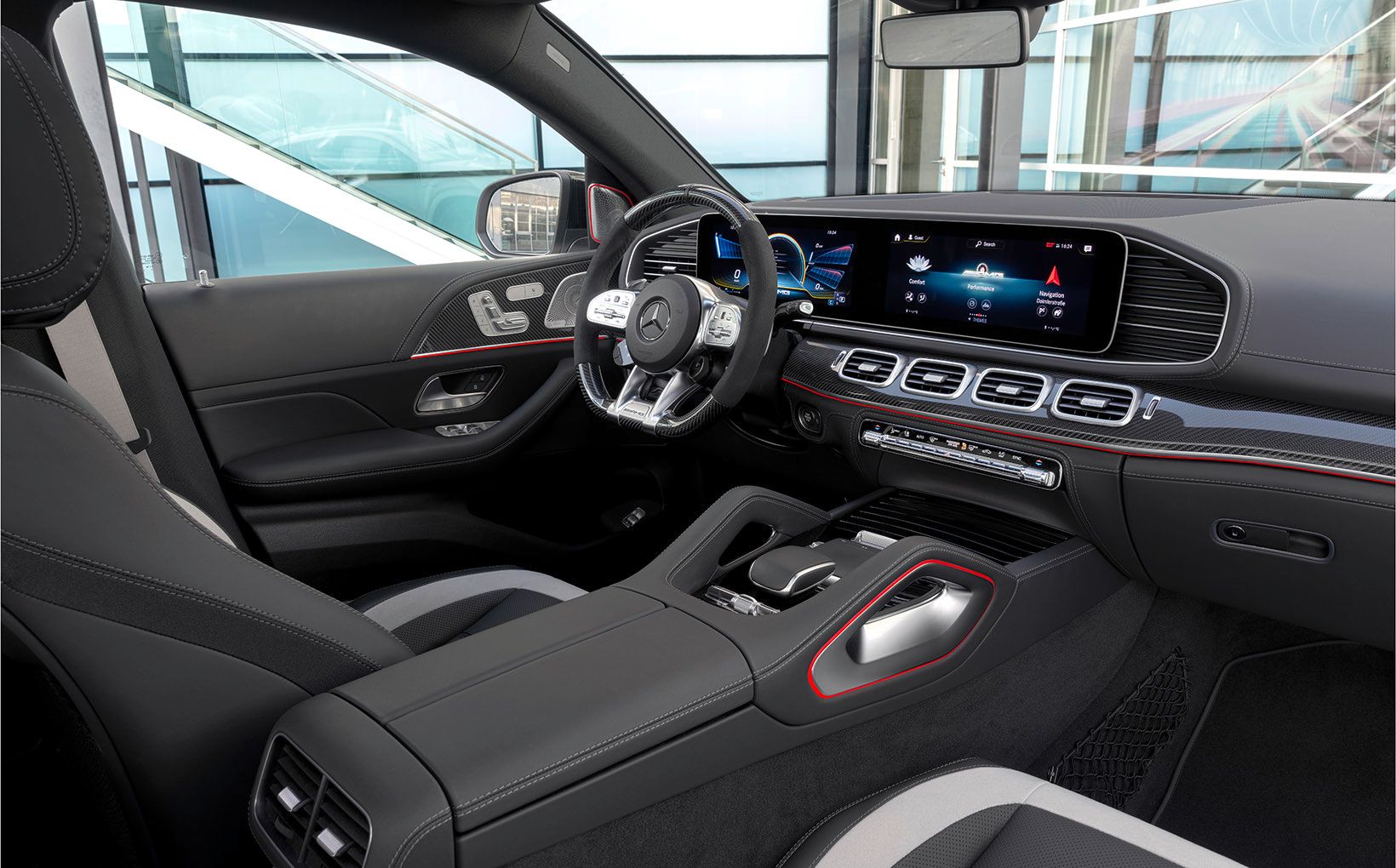 Mercedes-Benz Australia is yet to release local pricing and specification for the GLE63 S Coupe, which is expected to be announced closer to the model’s launch in the third quarter.

While not being as popular as the regular wagon versions, coupe-style SUVs have still managed to carve out a handy niche, with Mercedes managing 727 sales of the GLE Coupe in 2018, compared to 1939 of the ‘regular’ GLE.

BMW was the first of the European luxury manufacturers to introduce its coupe SUV, when the first-generation X6 arrived Down Under in 2008. 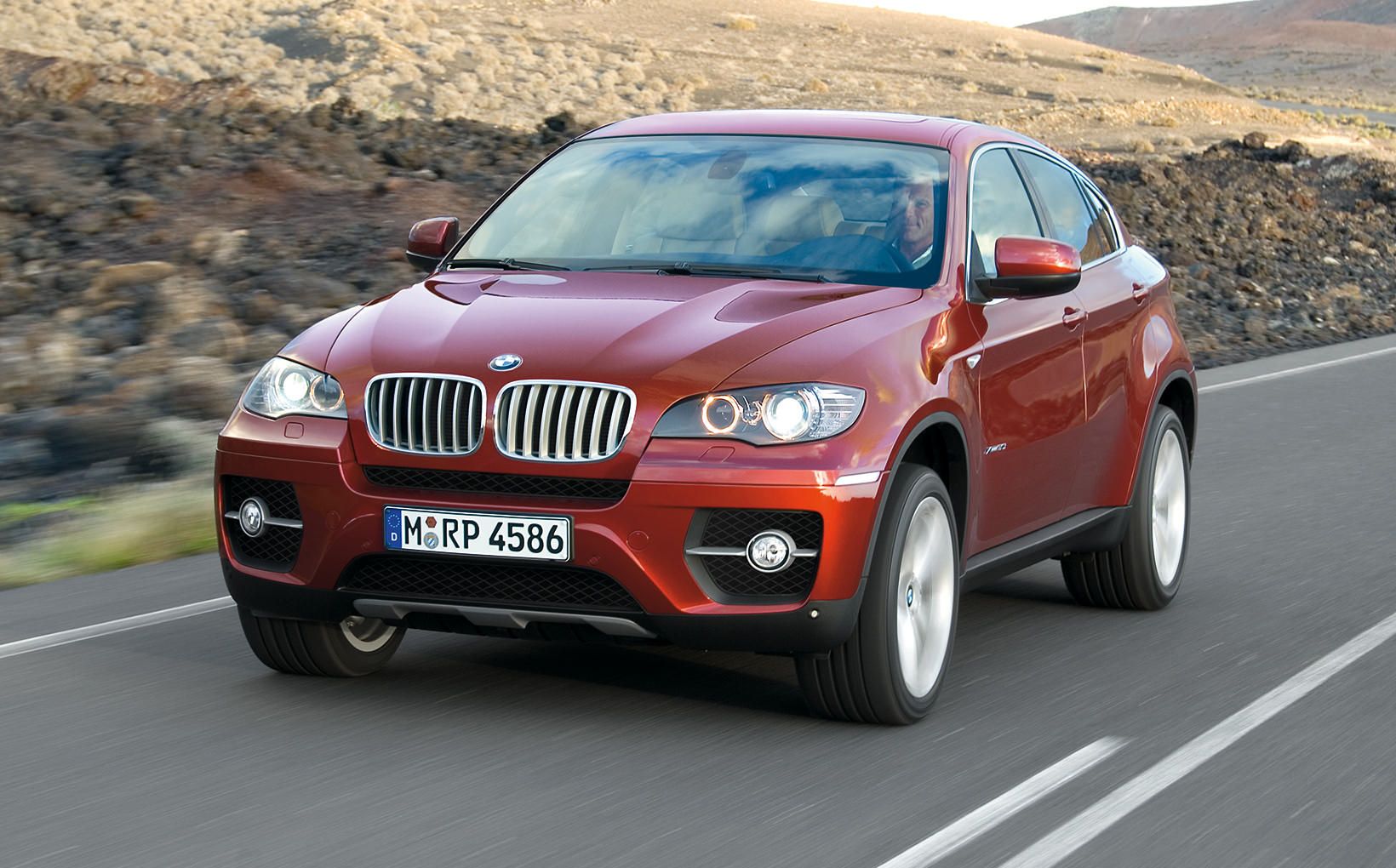 The First Mercedes GLE Coupe arrived some time later in 2015, while the X4-fighting GLC Coupe touched down a year later.