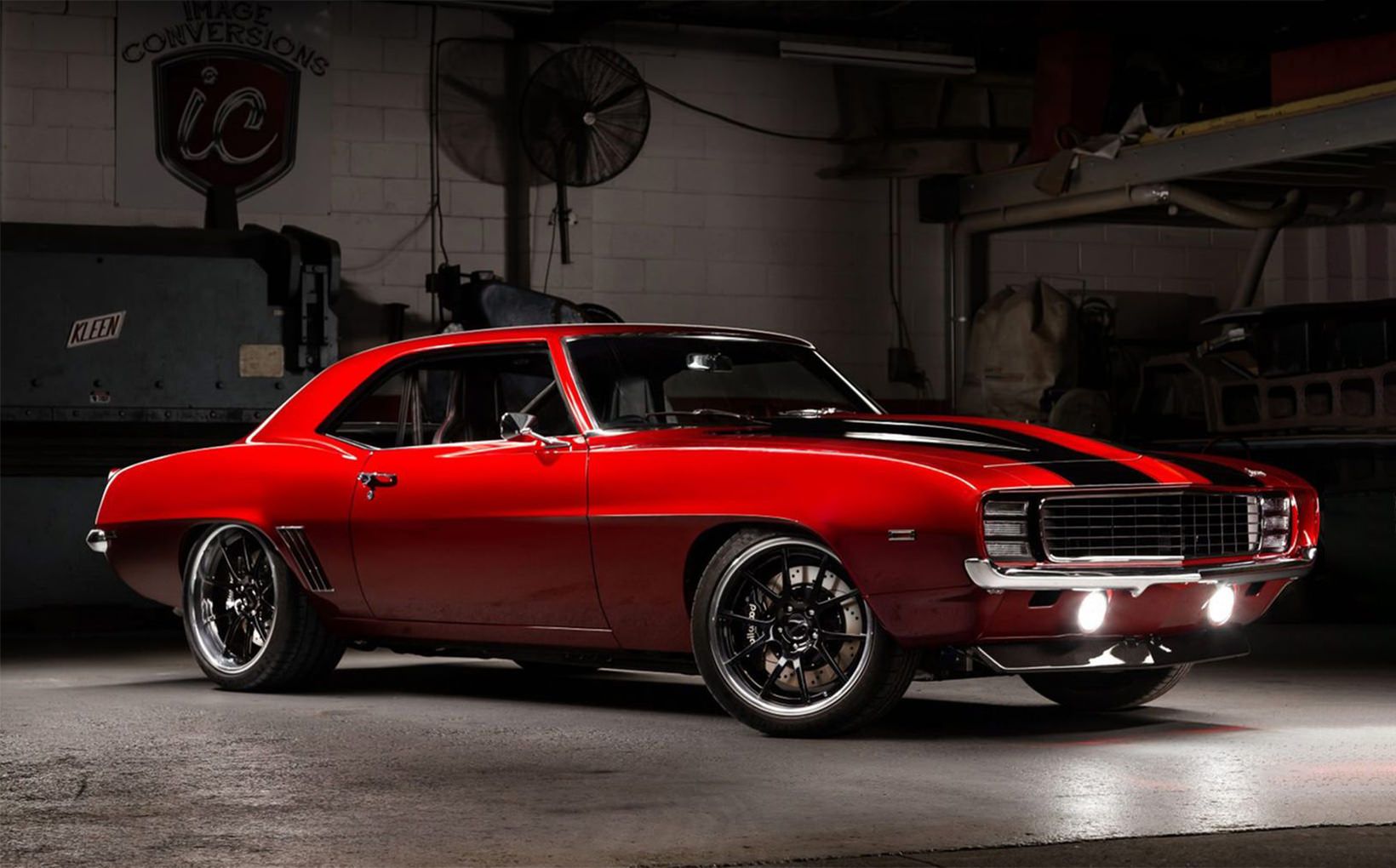 Close your eyes and visualise a classic American muscle car of the 1960s enhanced with the awesome dynamics of today’s finest drivetrain and chassis technologies. Now open your eyes and acknowledge that David Tolson’s hand-built Camaro could surpass the limits of imagination.

We’re talking 7.0 litres of all-aluminium, quad-cam, 32-valve V8, six-speed gearbox, high g-force chassis, independent rear suspension, enormous brakes and rubber. An American muscle car legend with a menacing stance that warns any exotic thoroughbred that it can brake and corner with the best of them.

In the US they call this a Pro-Tourer; a metamorphosis of classic muscle cars that emerged in the early 1990s as an evolution of the Pro-Street quarter-mile craze of the 1980s. Pro-Street was focused on straight-line speed with no consideration given to practical street use. Pro-Touring expanded that brief, combining classic style and enormous grunt with cornering and stopping power to equal the finest from Europe. 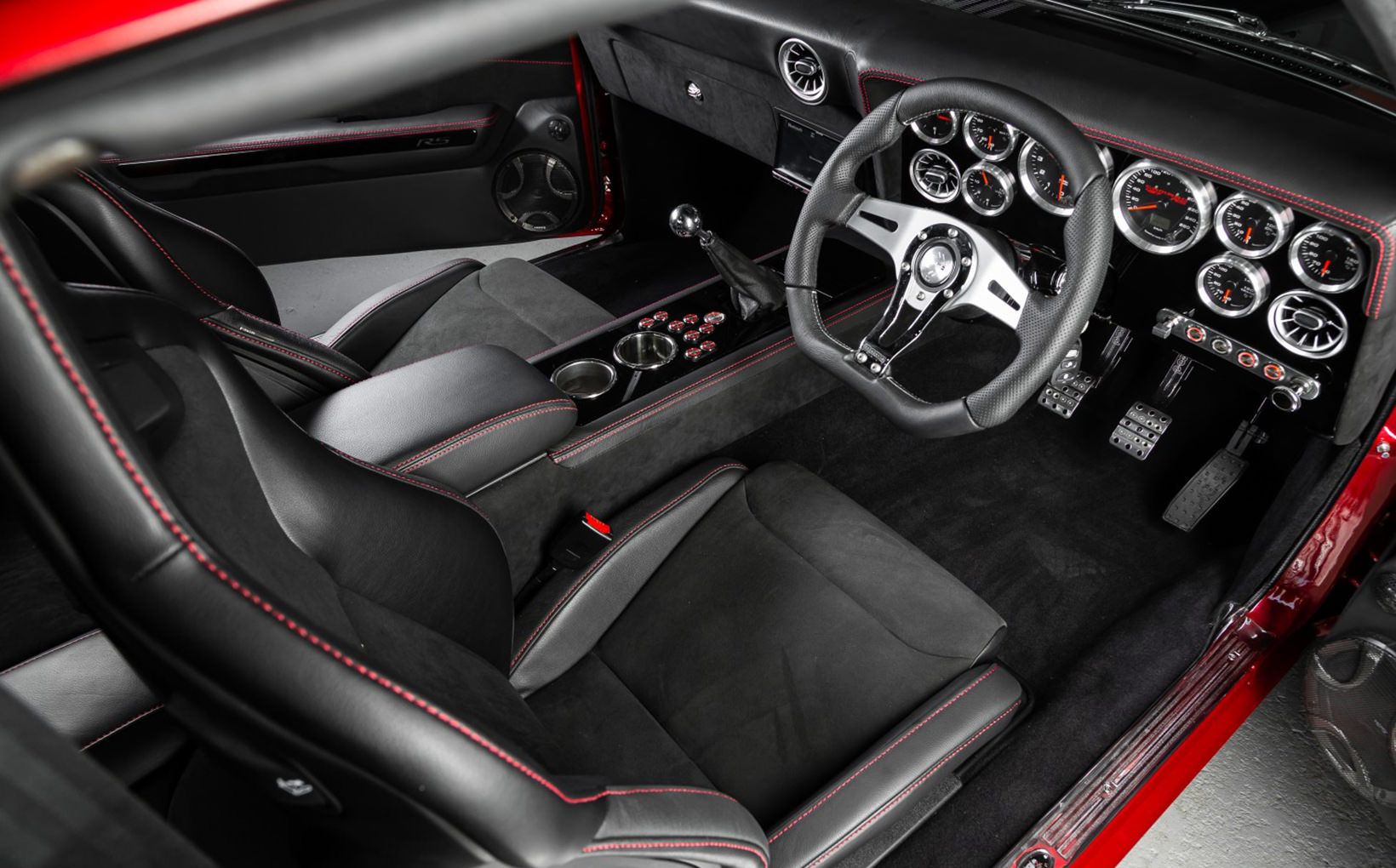 Interior blends classic and modern themes. Check out all those analogue gauges.
All images: David Tolson

This Camaro’s performance peak is stratospheric, given David’s claim that it’s good for 100km/h in first gear and 150km/h in second - with another four cogs to go! He says it’s the first Camaro in Australia fitted with Mercury Racing’s monster SB4 7.0 engine and the first here to be equipped with an Art Morrison IRS. Not surprisingly, it won best American in the Shannons Club’s 2021 Show & Shine competition.

This Sydney-based club member is a born and bred GM man who long toyed with the idea of owning one of the General’s muscle classics. “I’ve always liked Camaros and ‘Bathurst’ Monaros but the prices of those Monaros have skyrocketed,” David says. “Given that I wanted to build a Pro-Tourer one day, a Camaro made more sense because I could easily buy everything I needed off-the-shelf.”

He ain’t kidding. There is now an enormous US aftermarket providing over-the-counter components to turn a classic muscle car into a Pro-Tourer, from plug-and-play crate engines to full chassis, suspensions, brakes, wheels and more, all engineered to work as cohesive packages. 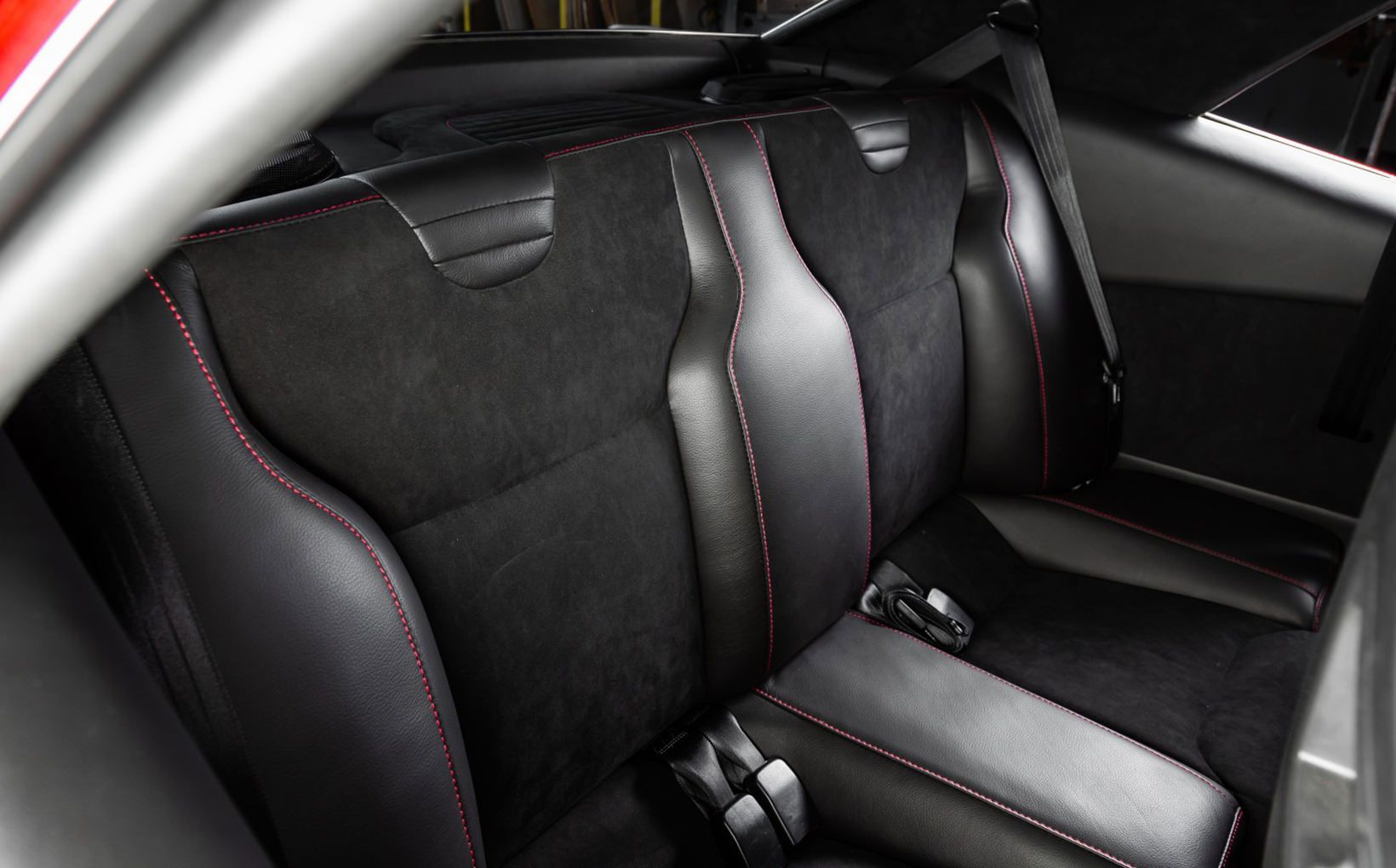 As a result, construction is well within the capabilities of an enthusiast with a well-equipped home workshop. Or they can be professionally built (it is ‘Pro’ Touring after all) which is the path David followed. Not that he’s unfamiliar with twirling spanners, having built his own Harley Softail custom complete with fuel-injection and intercooled turbocharging!

“My family got tired of waiting for me to buy a Camaro so they went and bought one as a surprise gift for my 40th birthday,” he reveals. “It was a 1969 SS (LHD) which I drove for about eight years while I planned the build and compiled all the parts. I also spoke to numerous certified engineers to make sure they would be happy to sign-off on what I was planning.”

After a false start with one shop, the project took off when David teamed with Matt and Mick Ellard’s Image Conversions at Riverstone in Sydney’s greater west. They completed the build in only 18 months, thanks in no small part to David having a clear plan and sticking to it. Fortunately, the build was also completed in time to celebrate his 50th birthday, so this Camaro is a gift that just keeps on giving. 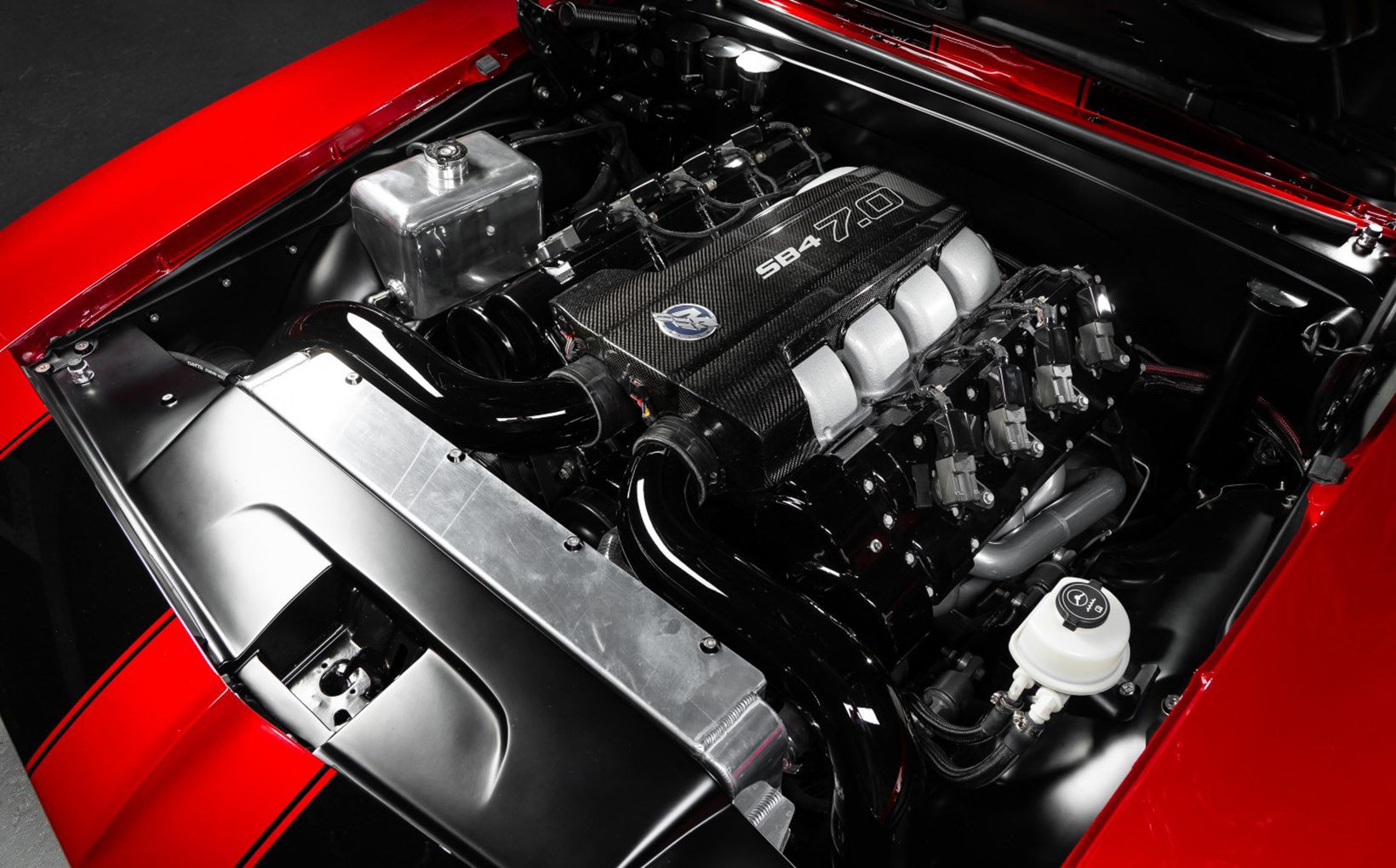 Given that David wanted to pay tribute to the rare and exotic COPO Camaros, like Bob Jane’s immortal ZL-1, it had to have a 427cid V8. However, this one is from the same highly-skilled crew that design and manufacture extreme performance marine engines. 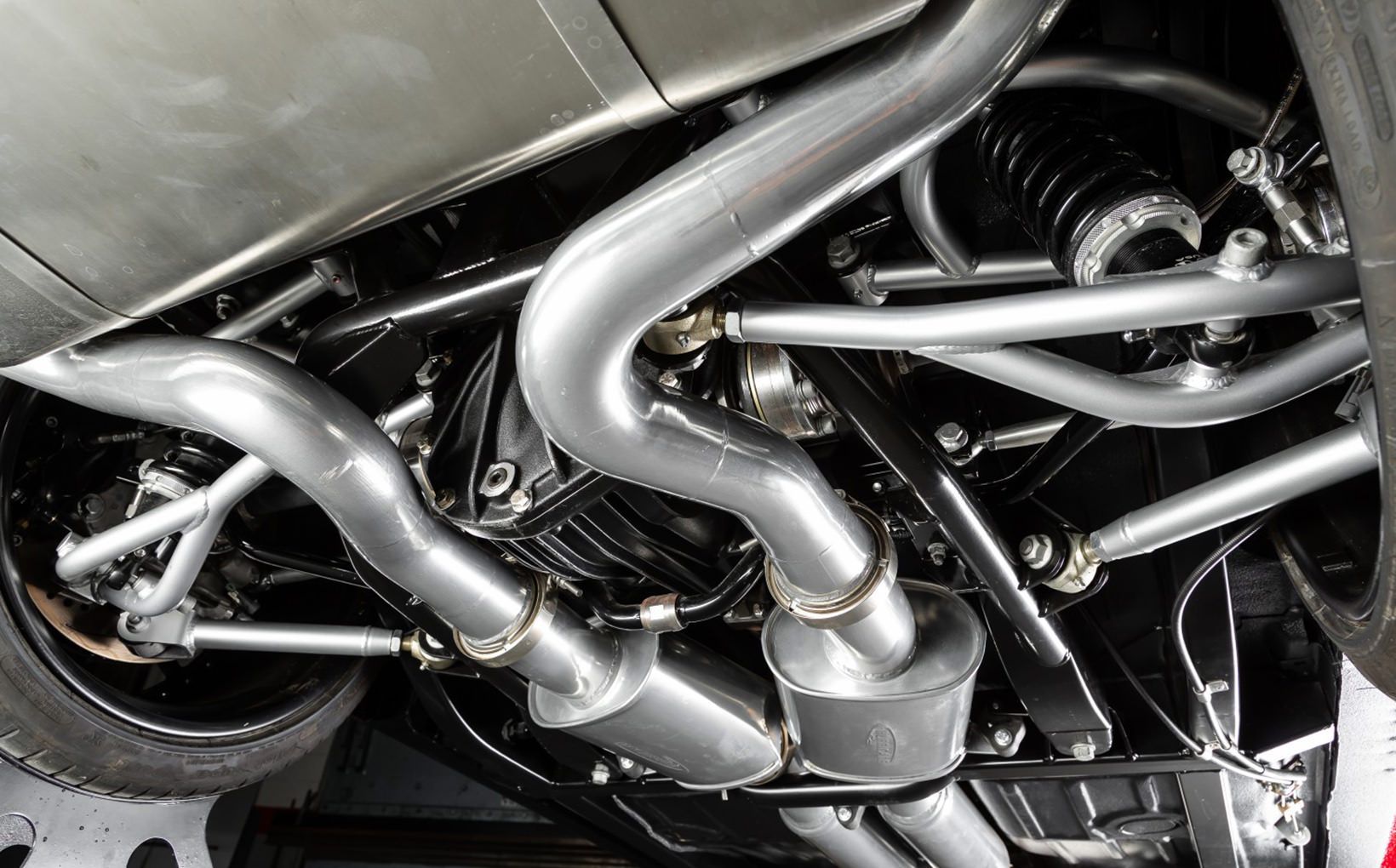 Art Morrison IRS is a huge advance on the original leaf-spring live axle.

“I went down that path (Corvette control arms) after talking to several engineers who were all hesitant to sign-off on a tubular front-end. When I came to them with this proposal, they said if it’s roughly the weight of a Corvette up front, we can sign-off on that no problems at all.”

Image Conversions tied these front and rear ends together with a stout box-section chassis, which gives this Camaro the enhanced rigidity required to withstand both high g-force cornering loads and the SB4’s brutal torsional twist under acceleration. 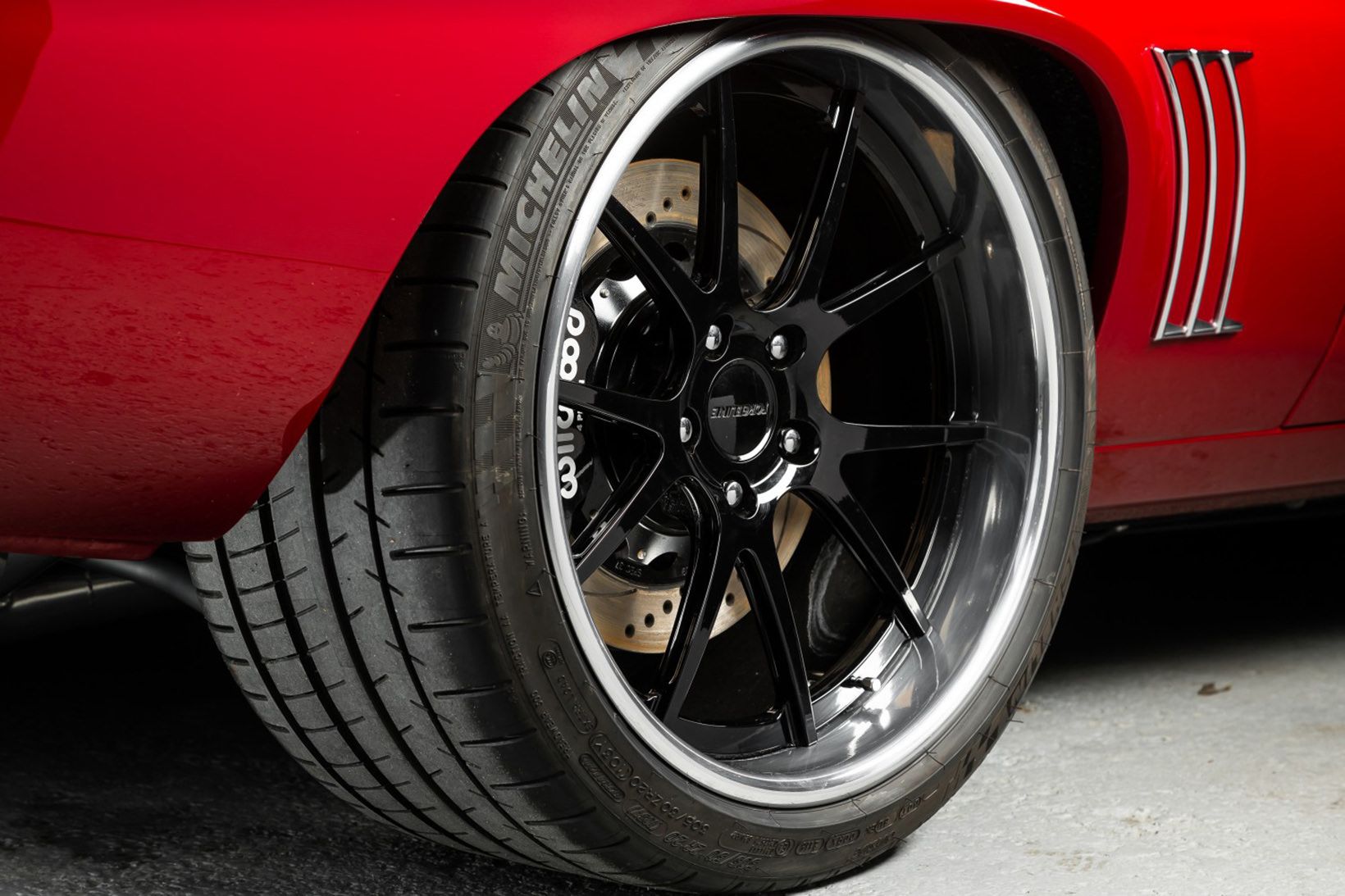 Body detailing includes a carbon-fibre rear spoiler and some nice Rally Sport touches like the carbon fibre-wrapped RS chin spoiler and slotted RS covers over bright LED headlights and indicators. David chose Garnet Red for the body colour, as it was available on both 1969 and 2019 Camaros. He went with the later version due to its rich metallic glow. 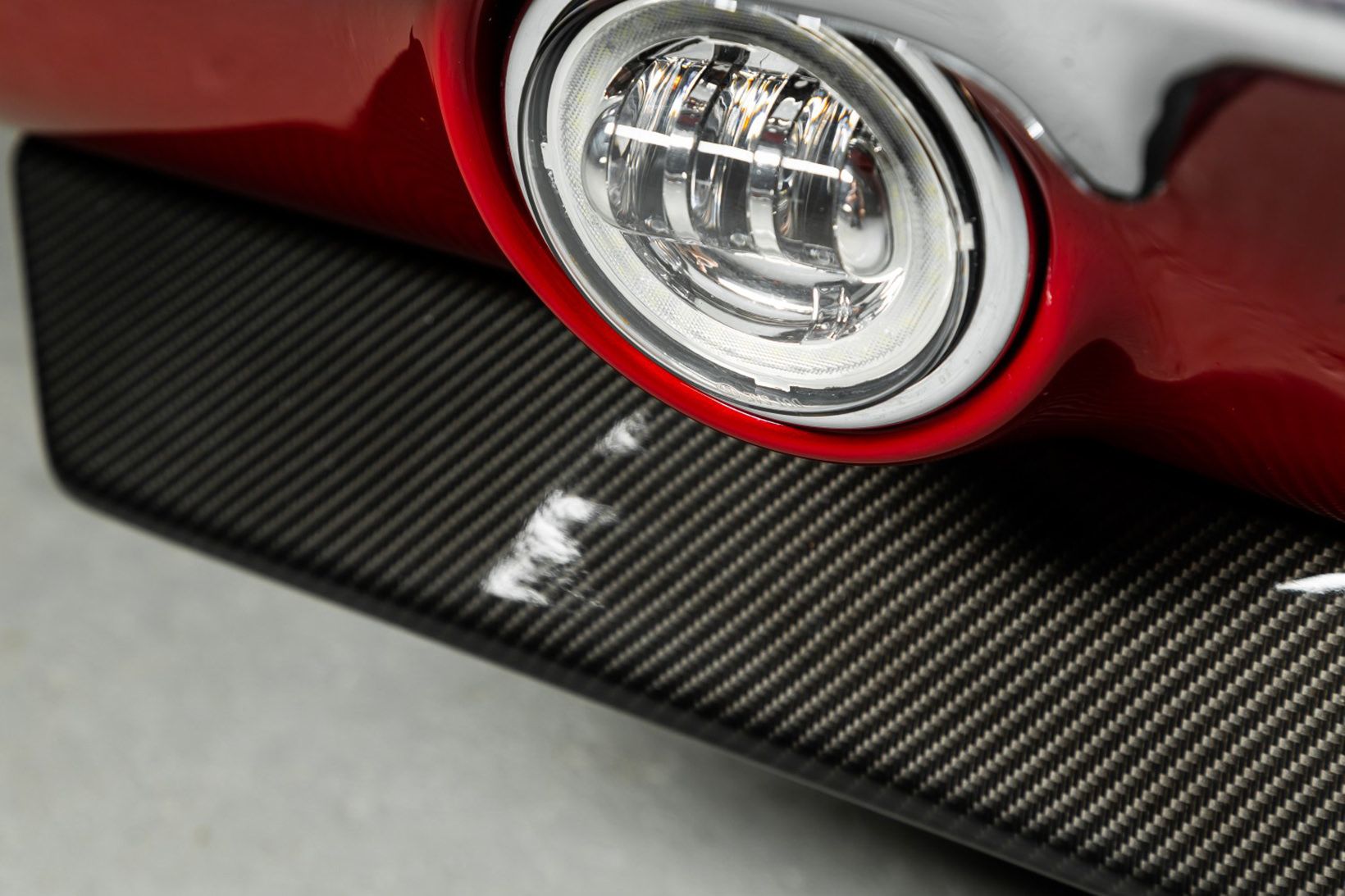 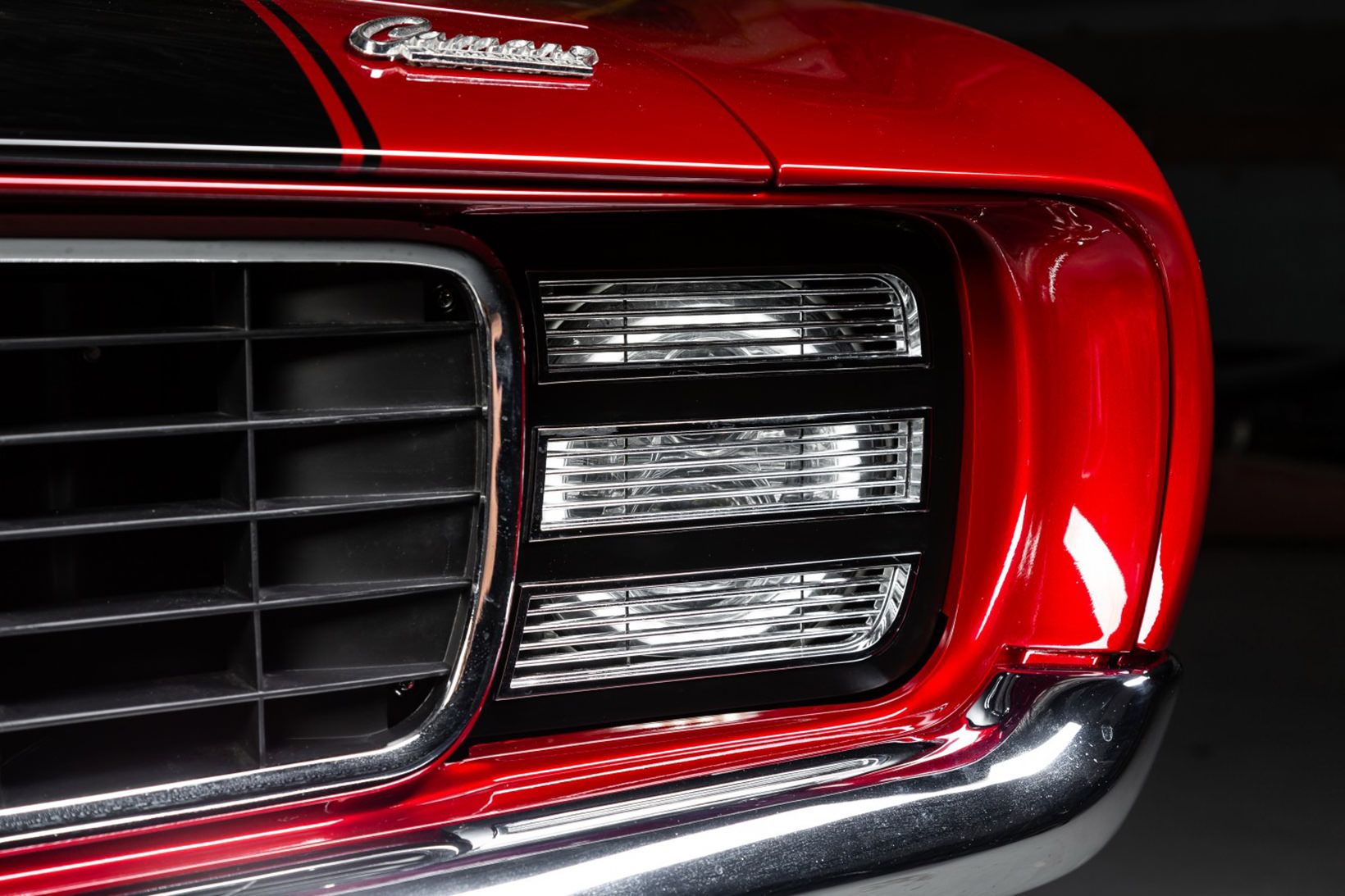 Anywhere you look, there is superb attention to detail.

“I would have to say it’s a real beast,” David admits. “The first time I drove it I thought ‘Holy f*** what have I done?’ It was just crazy, but after you’ve driven it for a while you get used to that level of power and it doesn’t scare you as much.”

David is of the view that a Pro-Tourer is primarily designed and built to be driven so he’s not afraid to hit the road on a regular basis, which this year included the long drive from Sydney to Albury to attend the Camaro-Firebird Nationals during Easter.

“I was stuck in heavy holiday traffic all the way from Campbelltown to Pheasants Nest (about 50km),” he says. “The engine doesn’t like running under 2000rpm which equates to 25km/h in first gear, so I was riding the clutch most of the time but it coped fine.

“I’ve had a few people comment that they can’t believe I drive it in the rain, but if I’ve gotta go somewhere and it happens to rain along the way, then so be it. It’s built to be driven, so I don’t get too precious about it getting wet now and again.” 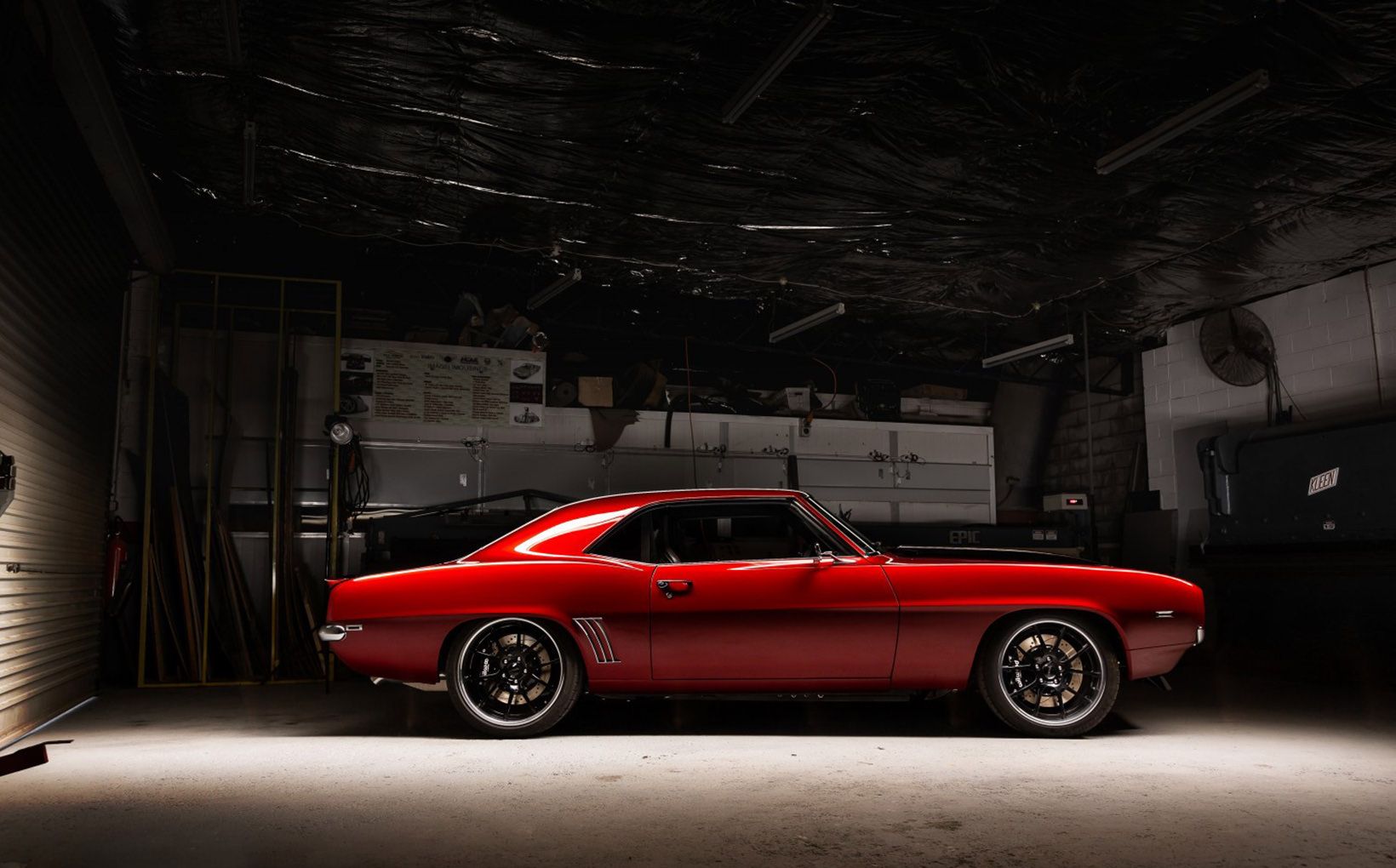 The Nationals included a track day at the nearby DECA (Driver Education Centre of Australia) facility where David was able to sample the Camaro’s phenomenal performance in controlled conditions. He’s also planning some track time at Goulburn’s Wakefield Park and other circuits where he can explore the limits of a car tailor-made for such activities.

“I just like that it’s very different, with the Mercury Racing engine and Art Morrison independent rear. It was a long time in the planning and it’s been built exactly the way I wanted it to be,” David concludes. Clearly, this is not one of those birthday gifts that quietly get returned for exchange or refund - this one’s a keeper!