SPORTSCAR, supercar, muscle car, grand tourer, hyper car – talk to any petrolhead and we wager nearly each person will have their own definition for these categories.

If a muscle car needs a V8, does that mean the Mercedes-AMG C63 counts? How about the Audi TT RS’ 3.7-second zero-to-100km/h time, does that make it a supercar? With a 147kW/300Nm engine, does the Holden Astra RS count as a sportscar?

Well McLaren is here to further blur the lines, because even though its latest model is dubbed GT for grand tourer, we’d bet with looks like this and a stonking V8 engine, it could easily be a supercar. 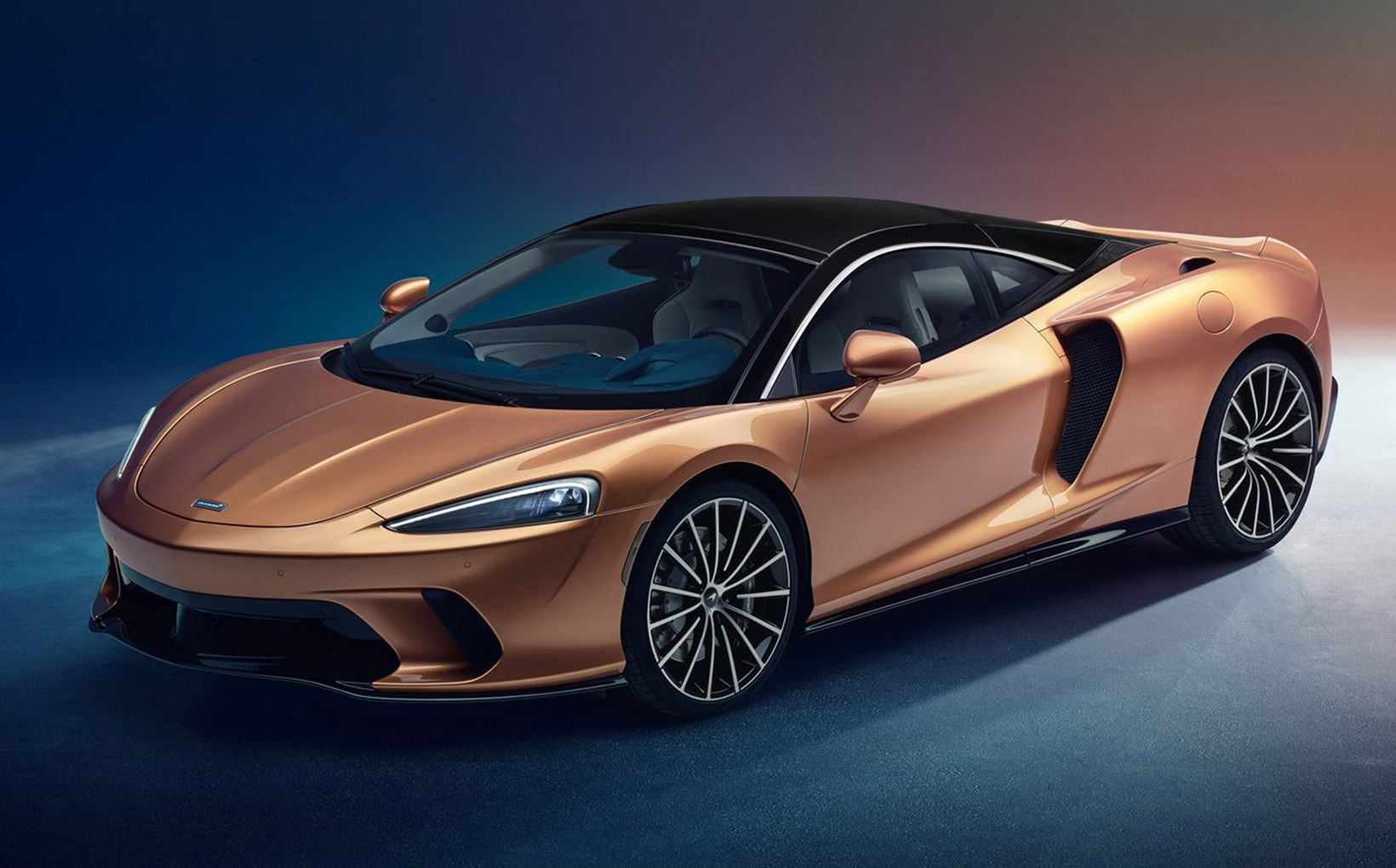 In fact, the British brand claims that the GT establishes an all-new model series separate from the Sports, Super and Ultimate Series line-ups it already has.

So what about the 720S-based GT makes it so different from its peers? Well, McLaren is claiming a class-leading 570 litres of cargo capacity, split 150L in the front and 420L in the rear.

‘A rear compartment? But aren’t all McLarens mid-engined? Where would the luggage go?’, we hear you wonder. Well, with a specially made shelf that sits above the engine, there is enough room in there to fit a full-sized golf bag! 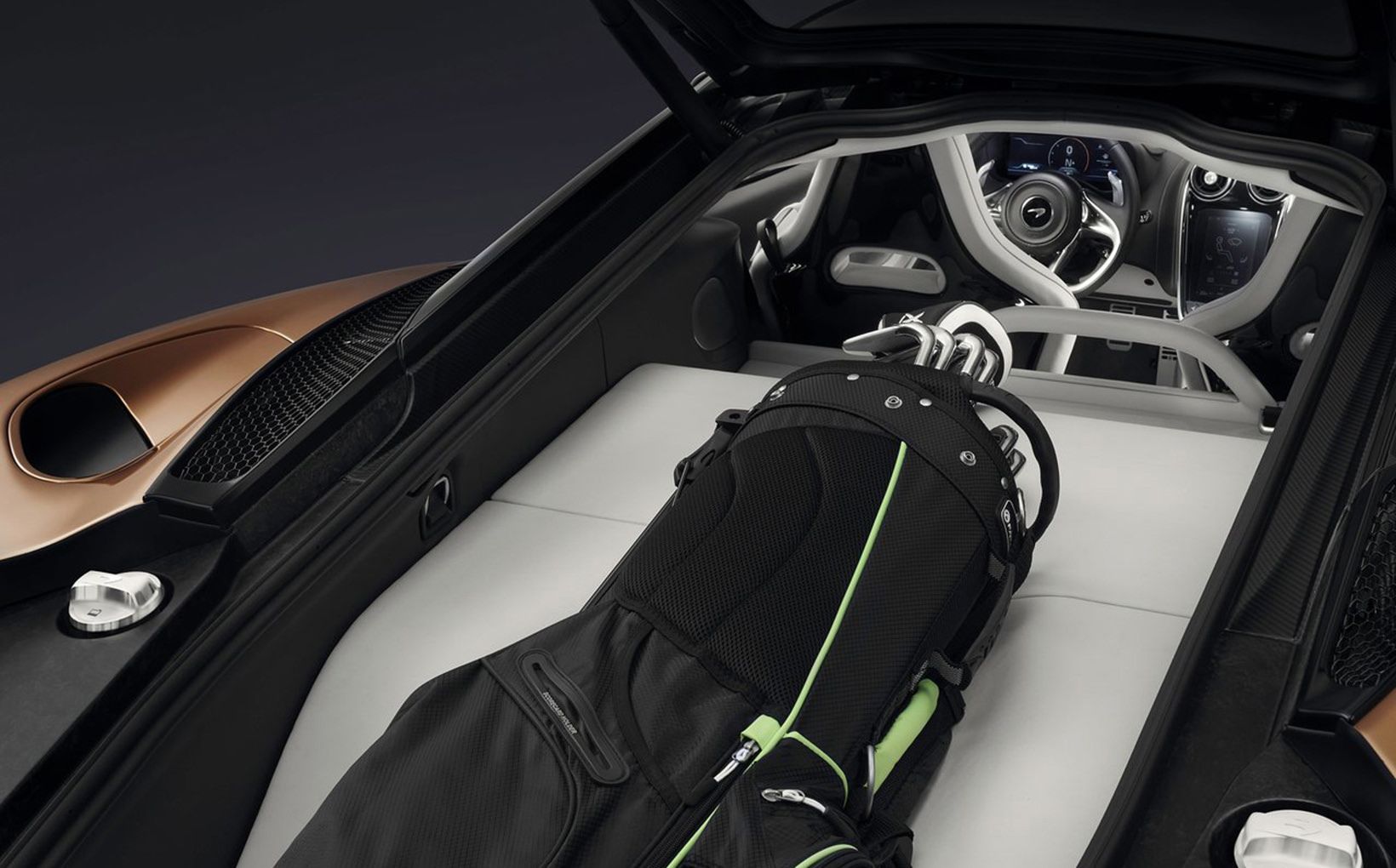 Distinguishing the McLaren GT from its siblings is the fact that it features a parcel shelf on top of the mid-mounted engine to store items such as weekend bags or a set of golf clubs.

The downside is that all of that delightful engine plumbing is hidden from view, but the GT is very much about function over form.

As standard, the front-hinted glazed tailgate features a soft-close function, but if using your hands is too common, buyers can opt for the powered operation.

To accommodate the extra volume, the McLaren GT measures 4683mm long, 2045mm wide and 1213mm tall with a 2675mm wheelbase. For reference, ground clearance is a neat 110mm to traverse those pesky inner-city speed bumps. 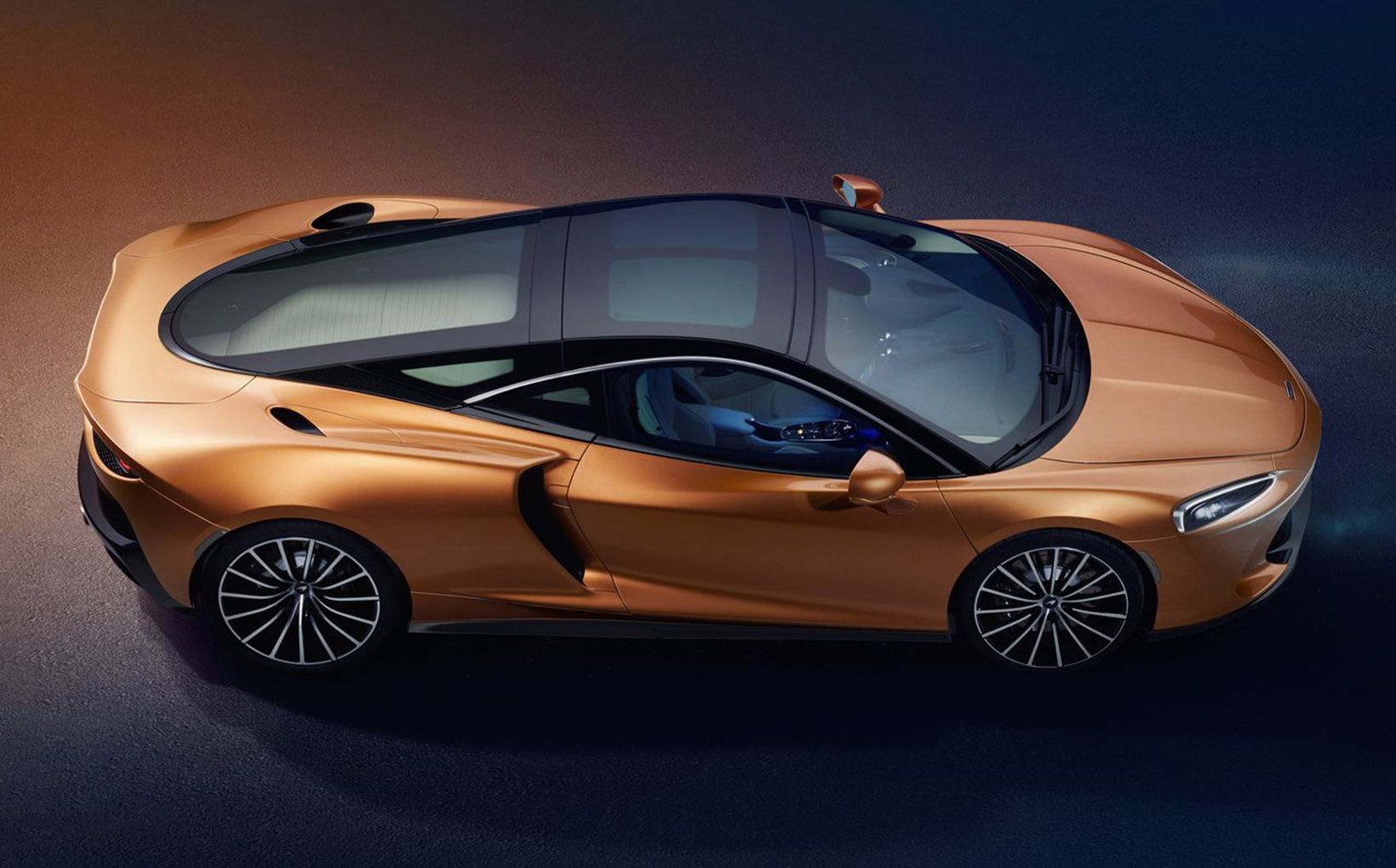 From almost any angle, the McLaren GT still looks like a corner-carving supercar thanks to its big wheels and brakes.

The GT is more practical than a ‘standard’ McLaren, but extra space for the weekend bag doesn’t make a grand tourer, so what else has the brand done?

The 20-inch front and 21-inch rear wheels don’t seem like they add to the GT’s highway-devouring ambitions, though, and neither do the sporty – and low profile – 225/35 and 295/30 Pirelli P Zero tyres.

Likewise, the brakes are monster four-pot grabbers with 367mm front and 354mm rear discs, while carbon-ceramic rotors and forged aluminium grabbers are an option. 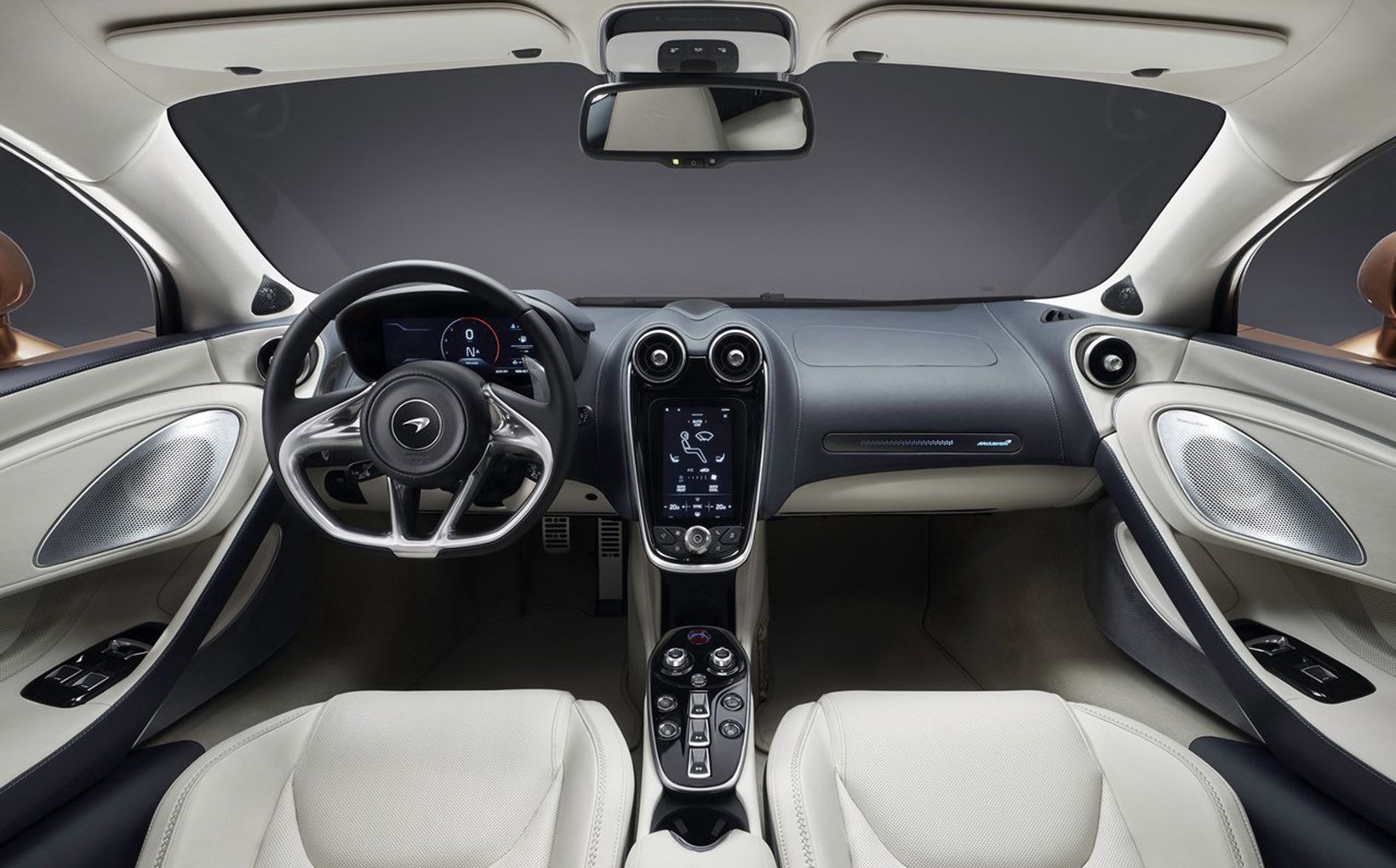 Most of the changes to the McLaren GT can be found inside, where more comfortable seats have been fitted, as well as a more modern infotainment system.

Clearly grip and stopping power are still high on McLaren’s priority list, but again, you can’t just slap a GT badge on the back and have a shelf for luggage and call it a day.

Step inside the brand’s signature dihedral doors and then it becomes obvious why the brand is insisting on that its latest model is a grand tourer first and foremost – the seats are different!

Made more comfortable thanks to extra padding and support, the pews will now cosset passengers during long distance journeys instead of transmitting each and every road imperfection up their spines. Oh, and they are also power-adjustable and featuring heating elements. 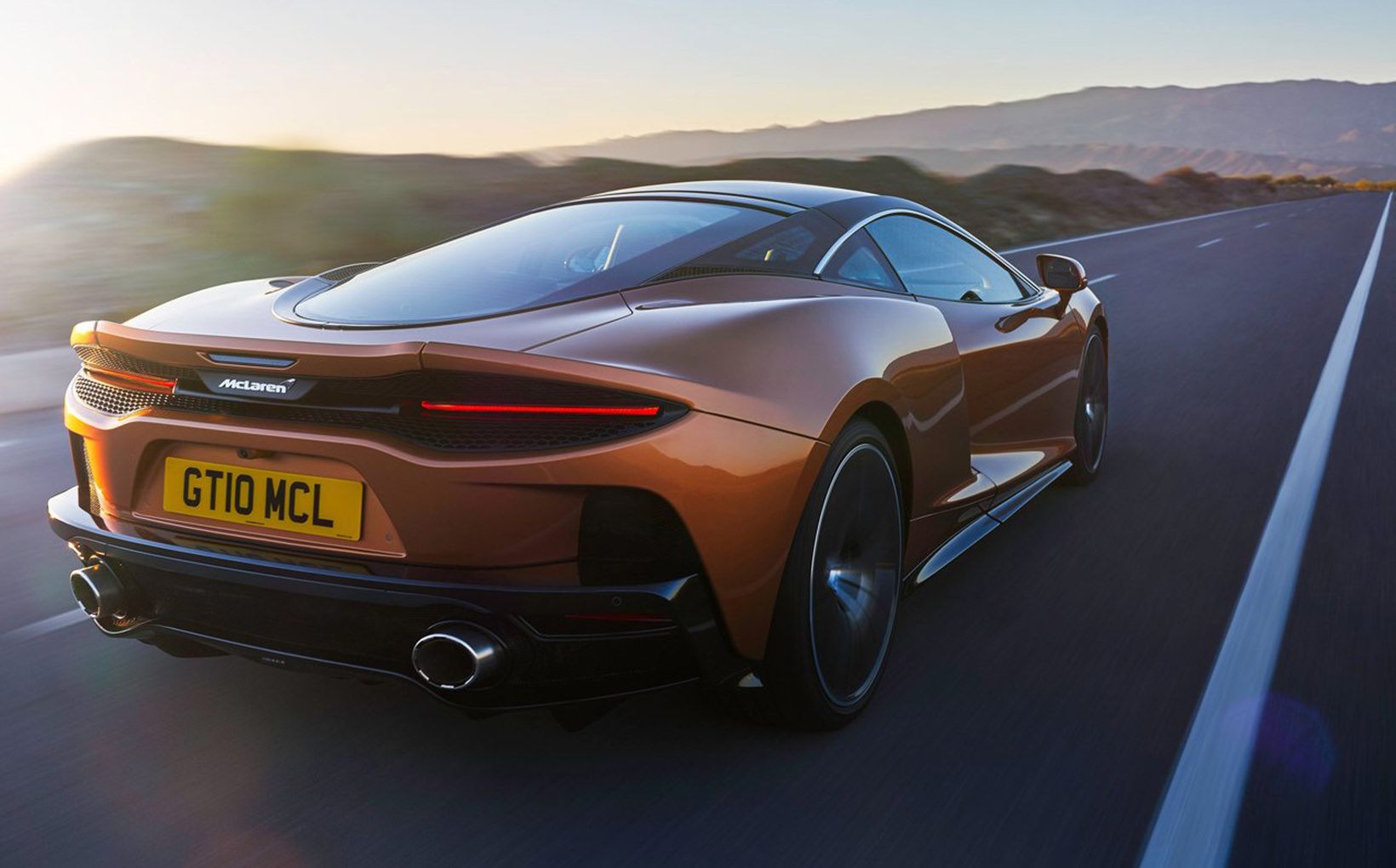 Power comes courtesy of a 4.0-litre twin-turbo V8 developing 456kW/630Nm so the McLaren GT certainly isn’t a slouch when it comes to performance.

Keen-eyed car spotters will also notice that a 7.0-inch infotainment system is fitted, which has McLaren’s latest software and sports satellite navigation with live updates.

Ah, but we can’t forget about the engine, because despite its comfort-orientated pretensions, McLaren has still seen fit to shoehorn a 4.0-litre twin-turbo V8 petrol engine into the GT. 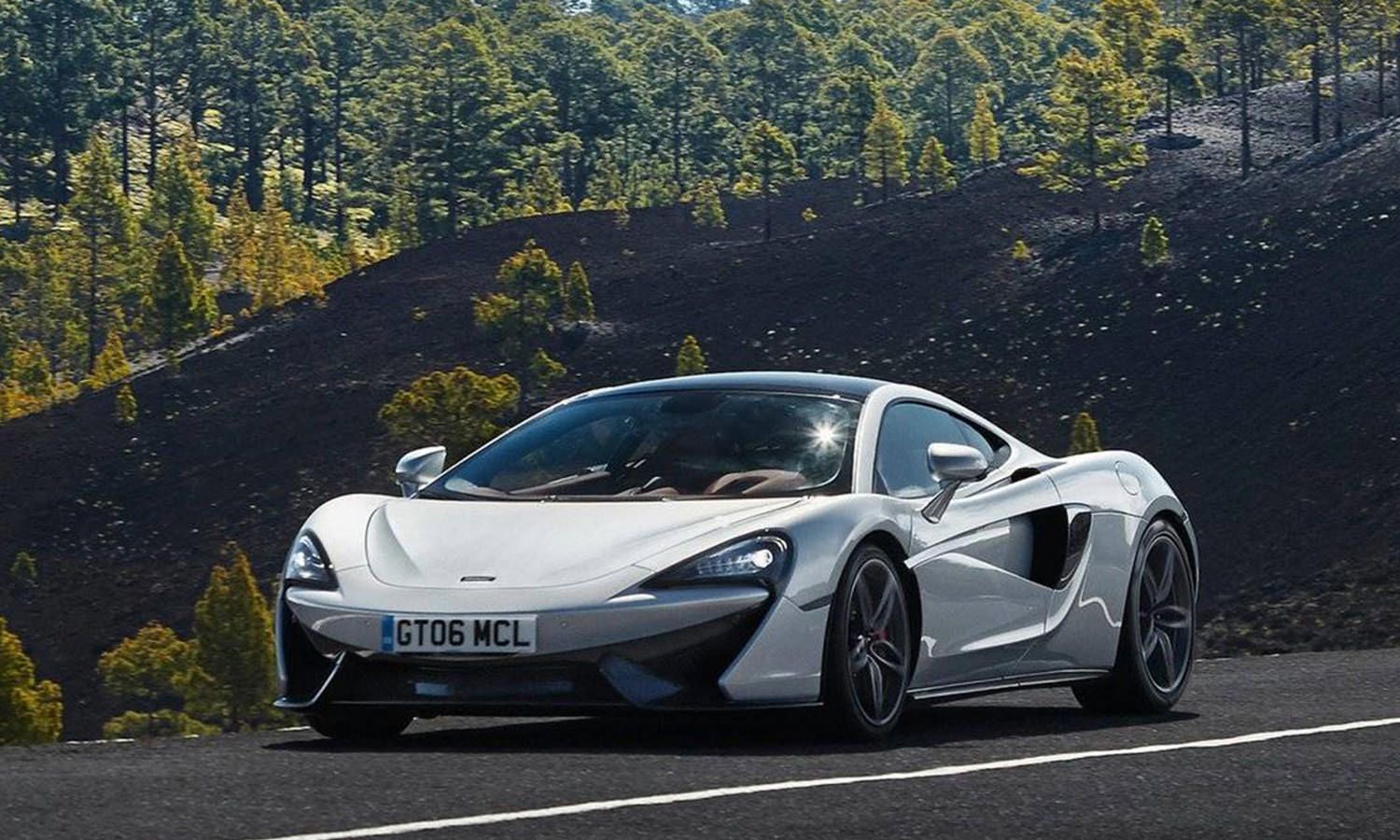 See why it’s tricky to define the new McLaren GT? Well luckily there’s a precedent in the brand’s grand-touring ambitions as the new model is preceded by the 570GT of 2016.

Based on the 570S, the 570GT also features a cargo hold on top of the engine, while suspension settings were also softened and more sound deadening was used.

It seems, then, that McLaren is onto a bit of a trend here with its soft-going grand tourers, but the question remains, is there actually room on the market for these supercar-straddling hybrids?

Protect your McLaren. Call Shannons Insurance on 13 46 46 to get a quote today.