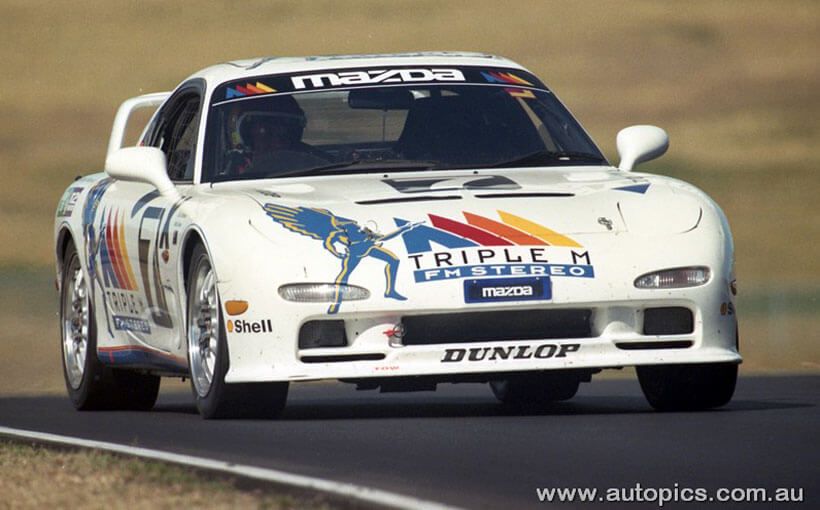 The definitive RX-7 - the SP - was the fastest and most expensive Mazda in the world. Here the 'Aussie' Porsche beater in the skilled hands of Dick Johnson and John Bowe is powering towards a great victory in the 1995 Eastern Creek 12 Hour – a race it was specifically designed to win.

Mazda’s twin-turbocharged FD RX-7 won three consecutive James Hardie 12 Hour production car races at Mount Panorama from 1992 to 1994. However, its victory in the first and only Eastern Creek 12 Hour in 1995 was arguably the most significant of its four 12 Hour wins, as it was achieved against a theoretically superior rival using a locally developed race special – the RX-7 SP.

The catalyst for the SP (Special Project) was arch rival Porsche which had tried and failed to beat the all-conquering RX-7s with its 968 Club Sport in both the 1993 and 1994 James Hardie 12 Hours at Mount Panorama. On paper the 968s appeared to have the necessary ingredients to grind the faster but thirstier Japanese rotaries into submission over 12 hours of racing, but on both occasions the works Mazda team proved too strong for the 3.0 litre German coupes.