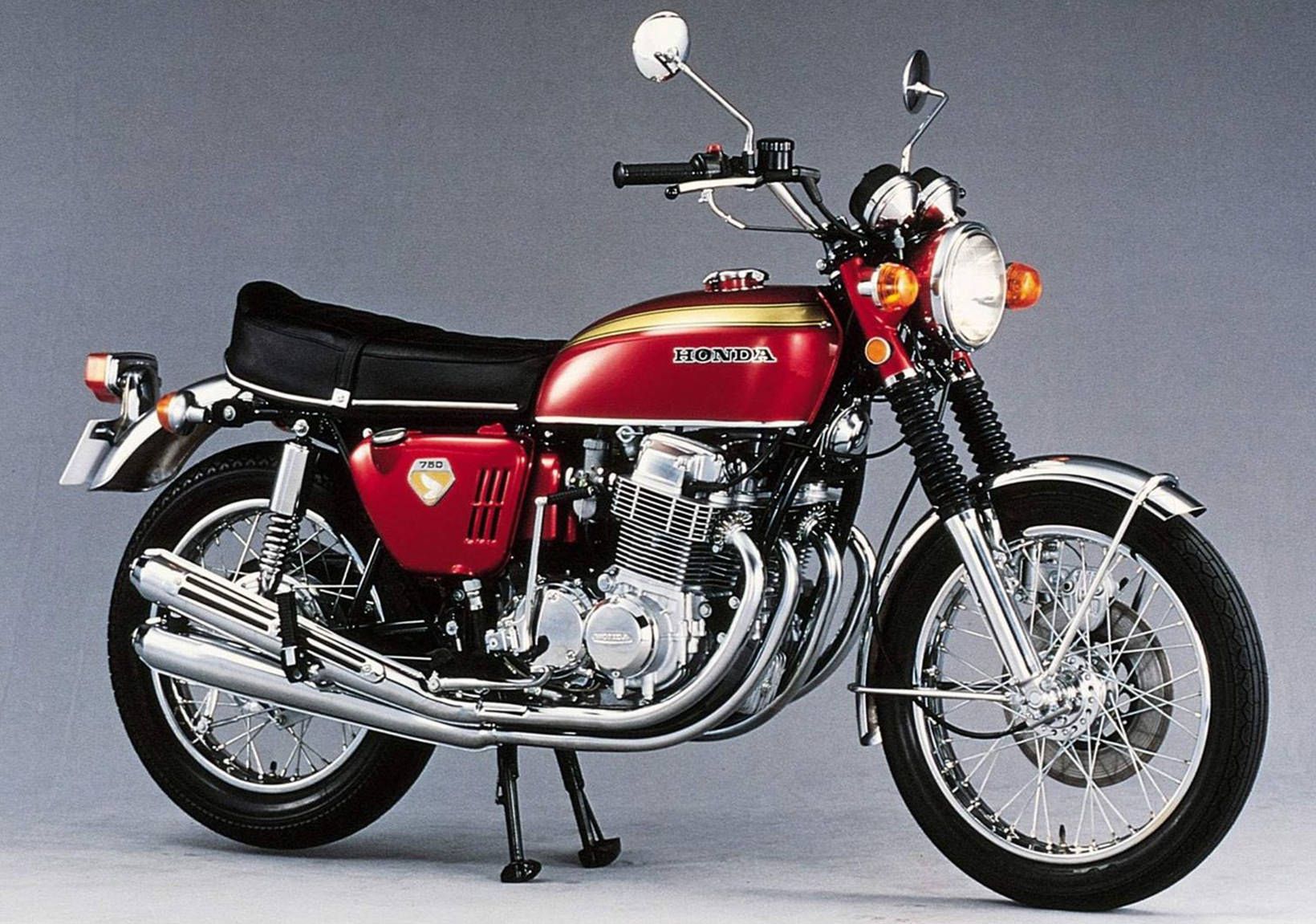 “The Honda CB750 became the motorcycle icon of the 1970s,” claims UK-based CB750 guru John Wyatt. “The bike for which the term super-bike was coined was certainly one of the most important motorcycles of all time. It burst onto the motorcycling scene, smashed everyone’s idea of a motorcycle. Motorcycling was never the same again.

“Every motorcycle made since the big four’s launch can trace something of its origins back to the CB750. Of course, there had been four-cylinder motorcycles before, the first one as early as 1896; and of course there had been disc brakes before, although not on a production motorcycle.”

“But it was the whole package – the immense leap forward it represented – that had everyone gasping. Dreams became reality.”