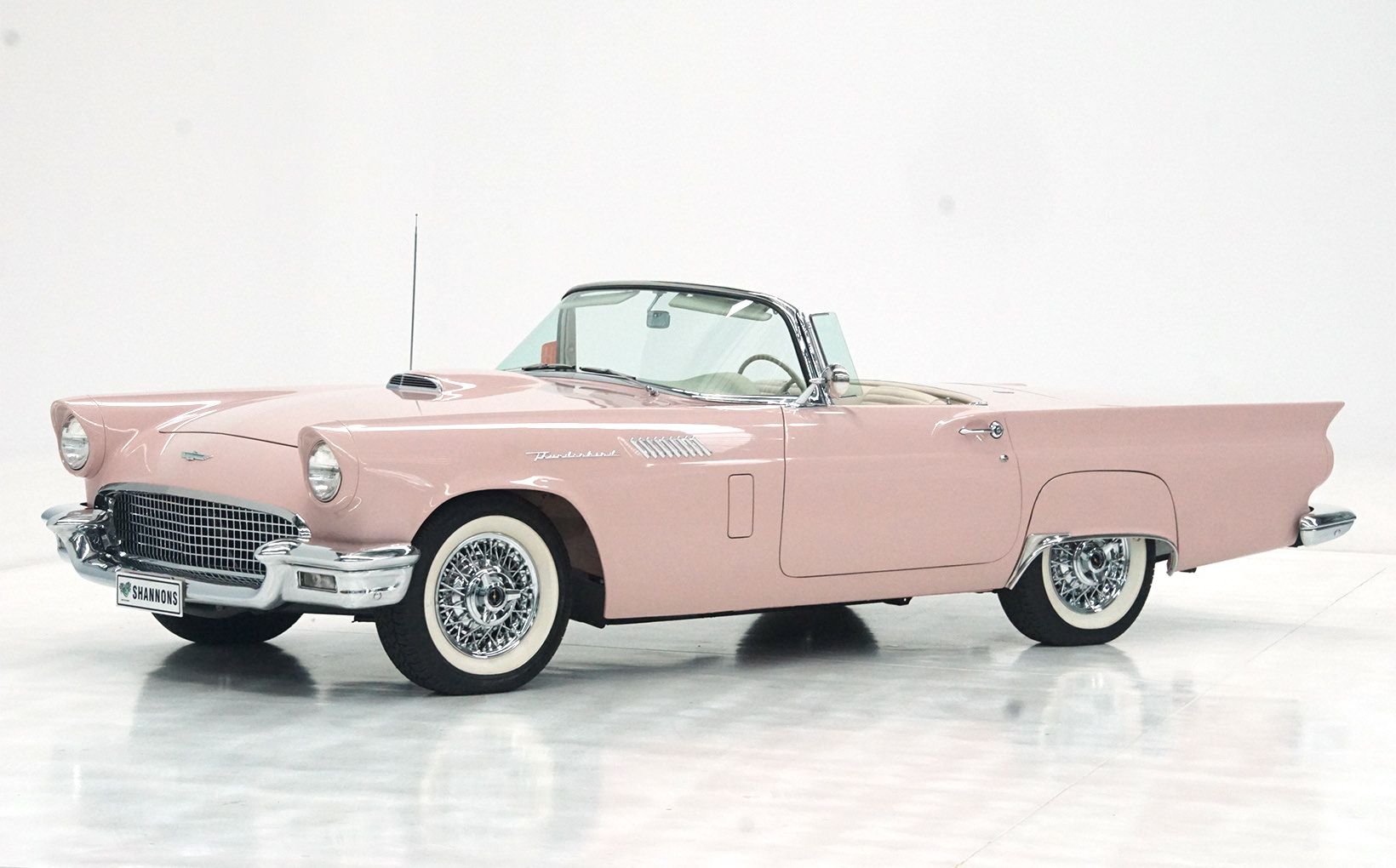 It could be 'Happy Days' for lovers of classic American cars of the 1950s and 1960s, with a showroom full of sought-after models going under the hammer at Shannons Melbourne Autumn Auction tonight, March 2. 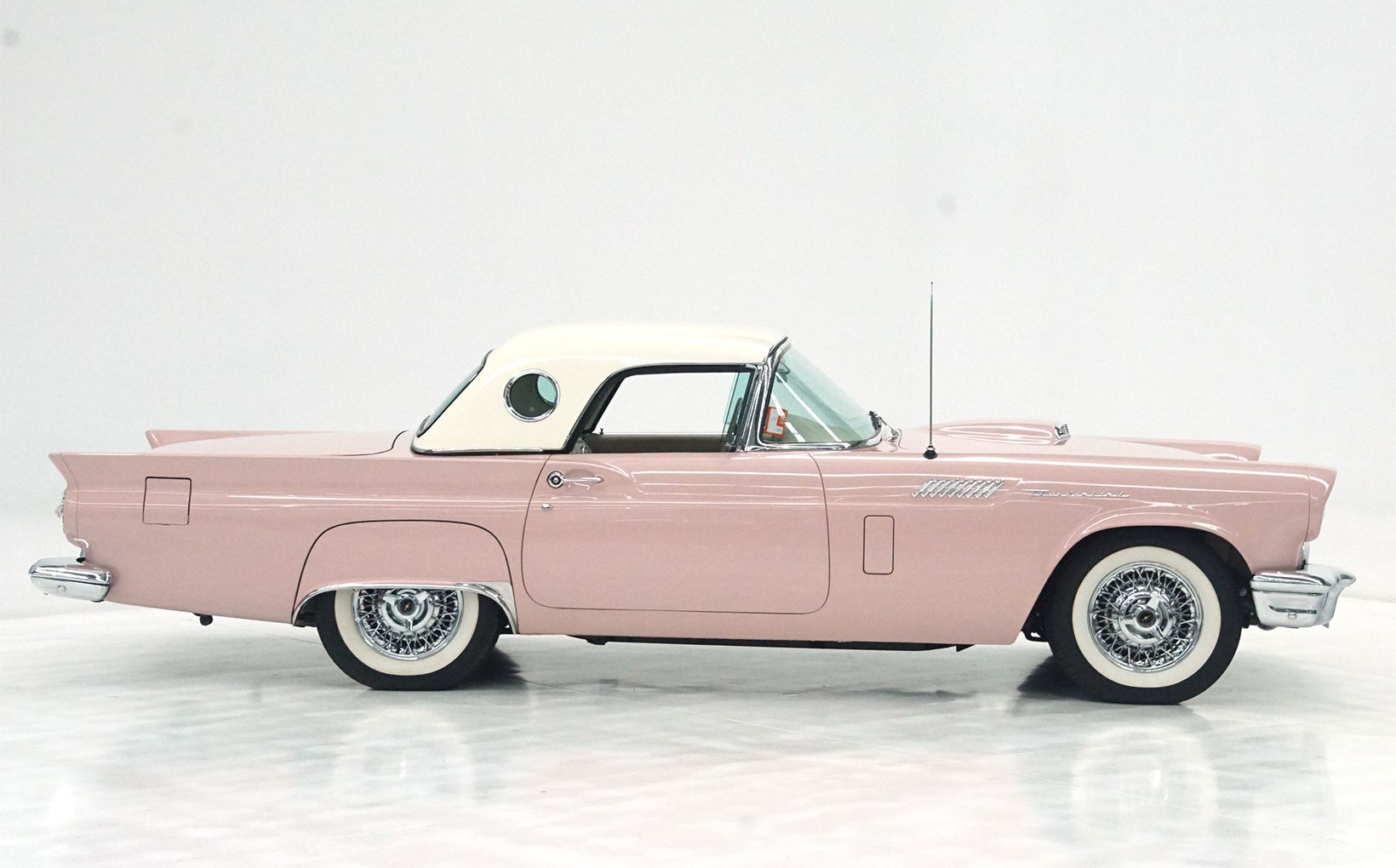 Topping the list are two Ford Thunderbirds, led by a stunning left-hand drive 1957 Ford 312 V8 Convertible (LHD) that was the beneficiary of a US$80,000 restoration by a renowned Thunderbird expert before making its way to Australia.

Complete with a sought-after ‘Porthole’ hardtop and presented in the gorgeous colour combination of Dusk Rose/Colonial White, with a white vinyl interior and finished off with Kelsey Hayes chrome wire-spoked wheels, the T-Bird was the ultimate personal luxury cars of its time.

As a more affordable T-Bird alternative, Shannons have a later model 1959 Thunderbird 352 V8 Coupe in the great colour combination of red over white, with matching two-tone vinyl trim, that is slated to sell for $42,000 - $48,000. 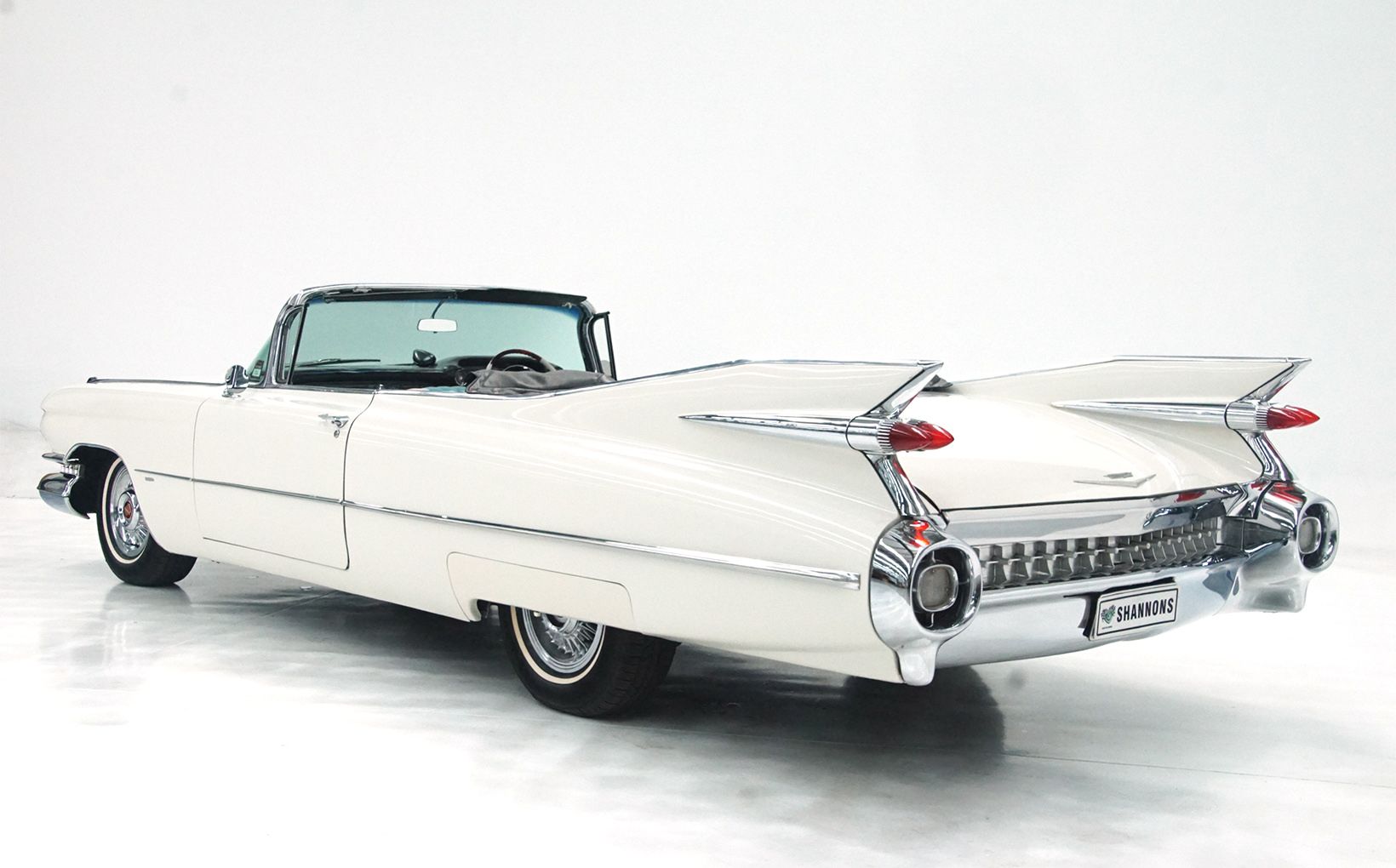 If you want ’street cred’, it’s hards to go past this uber-stylish right hand drive 1959 Cadillac Series 62 Convertible that has been in the same loving ownership for close to four decades and should sell for $80,000 - $90,000.

Competing with the two Thunderbirds for ‘street cred’ is an uber-stylish right hand drive 1959 Cadillac Series 62 Convertible that has been in the same loving ownership for close to four decades.

Complete and unmodified, save for its conversion to right hand drive in the ‘70s, a rebuilt engine and a new convertible roof, this white beauty with its blue and white leather interior will never be ‘out-cruised’ and is expected to sell in the $80,000 - $90,000 guiding range.

If performance, rather than cruising, is more your priority, Shannons also have two high- spirited Mustangs crossing the block.

The unquestioned leader of the pack is a highly desirable right hand drive 1968 Shelby Mustang GT350 Fastback that has been in the hands of the same owner for the past 20 years and has had its 302-cid engine stroked to 347-Cid in that time.

Alternatively, there is a 1965 left hand drive, four-speed manual Ford Mustang 'A-Code' Fastback that hasn’t been driven since full restoration that comes to auction with a guiding range of $60,000 - $68,000. 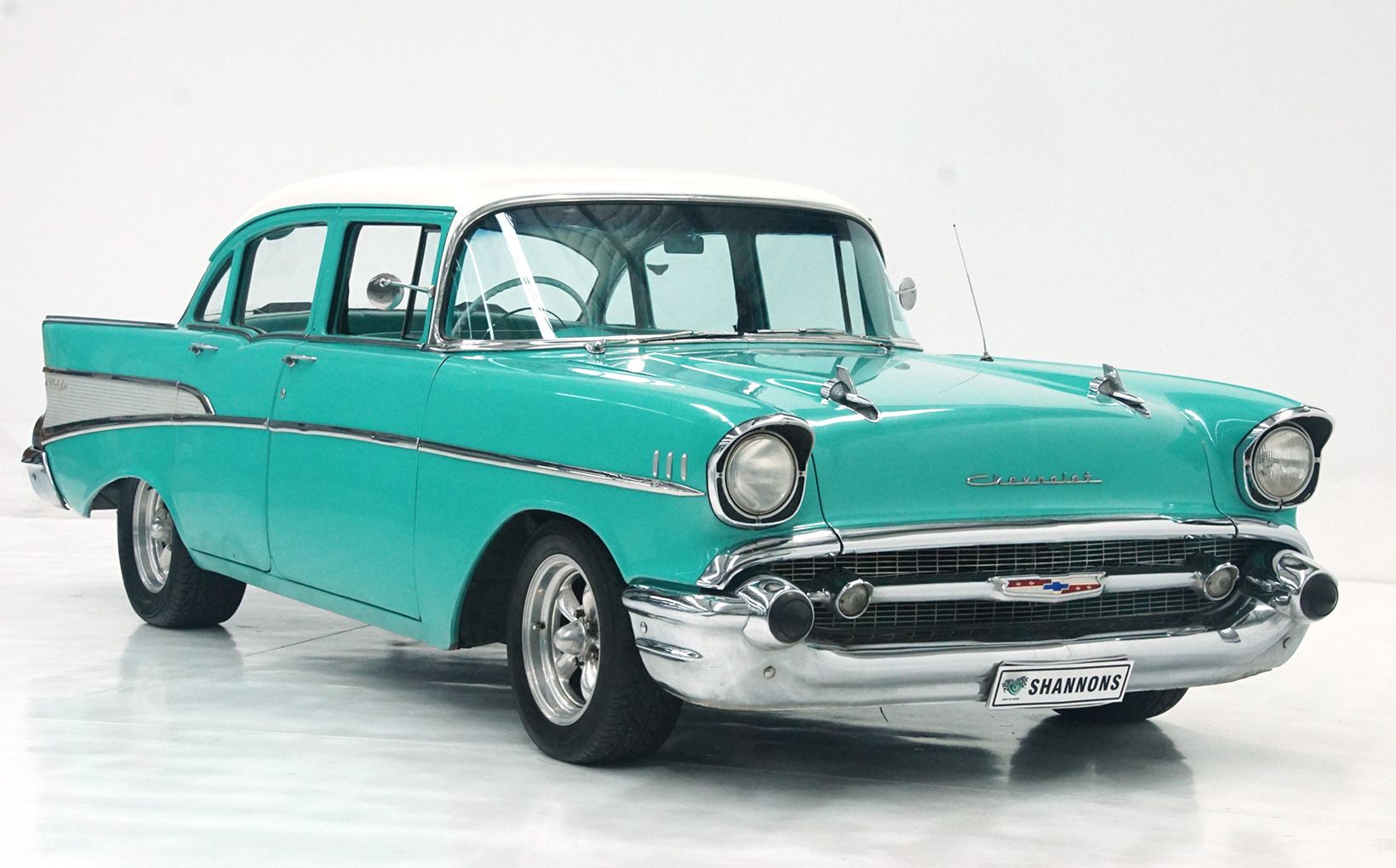 This neat, Australian-delivered right hand drive Chevrolet 210 'Enhanced 350-Cid' Sedan ready for refurbishment is being offered with ‘no reserve’, where it expected to sell in the $35,000 - $40,000 range. 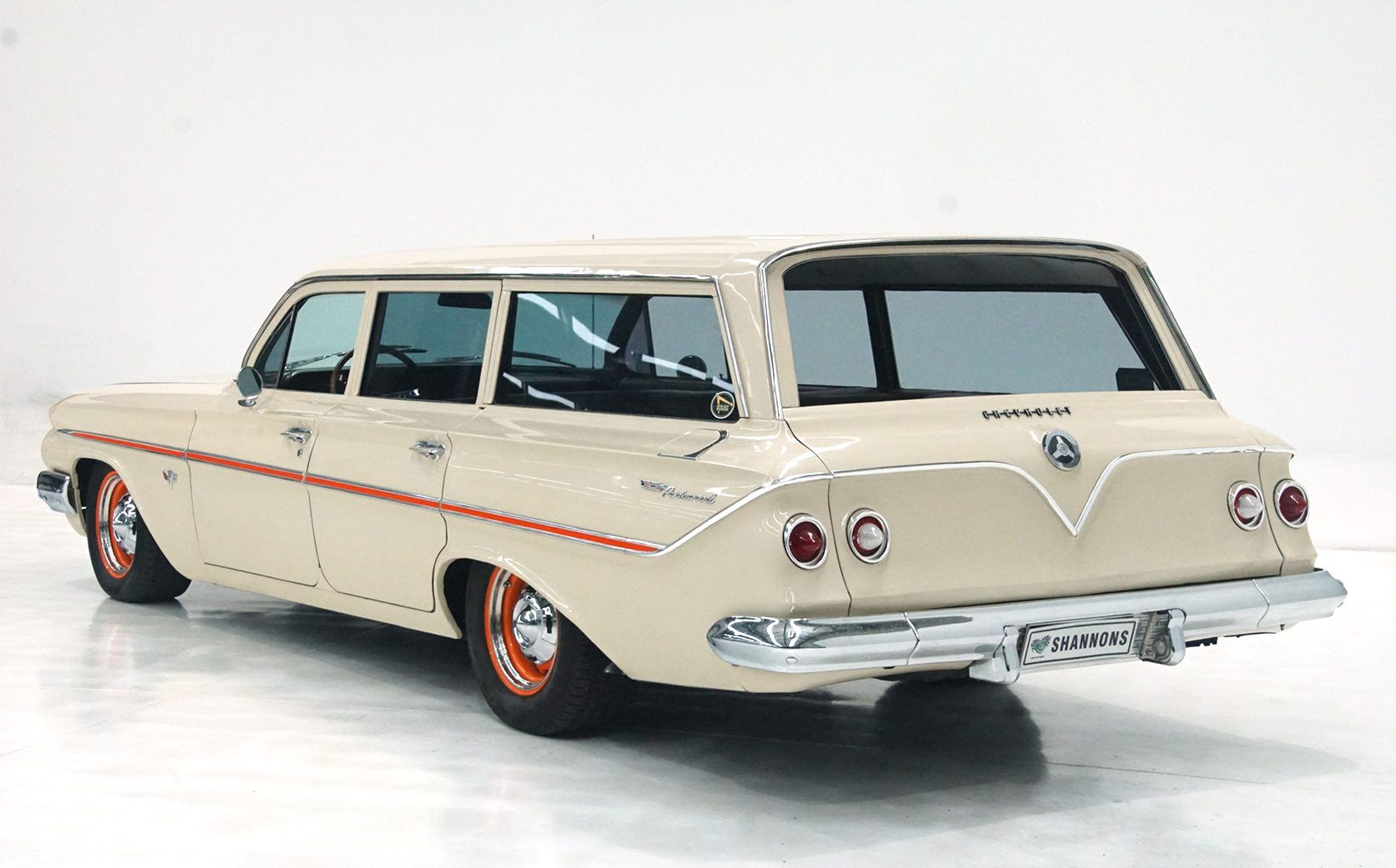 Chevrolet enthusiasts have a choice of two sought-after cars in the auction – a neat Australian-delivered right hand drive 1957 Chevrolet 210 'Enhanced 350-Cid' Sedan ready for refurbishment that is offered with ‘no reserve’ and a left hand drive 1961 Chevrolet Parkwood V8 Station Wagon (perhaps the only one in Australia) – with both expected to sell in the $35,000 - $40,000 range. 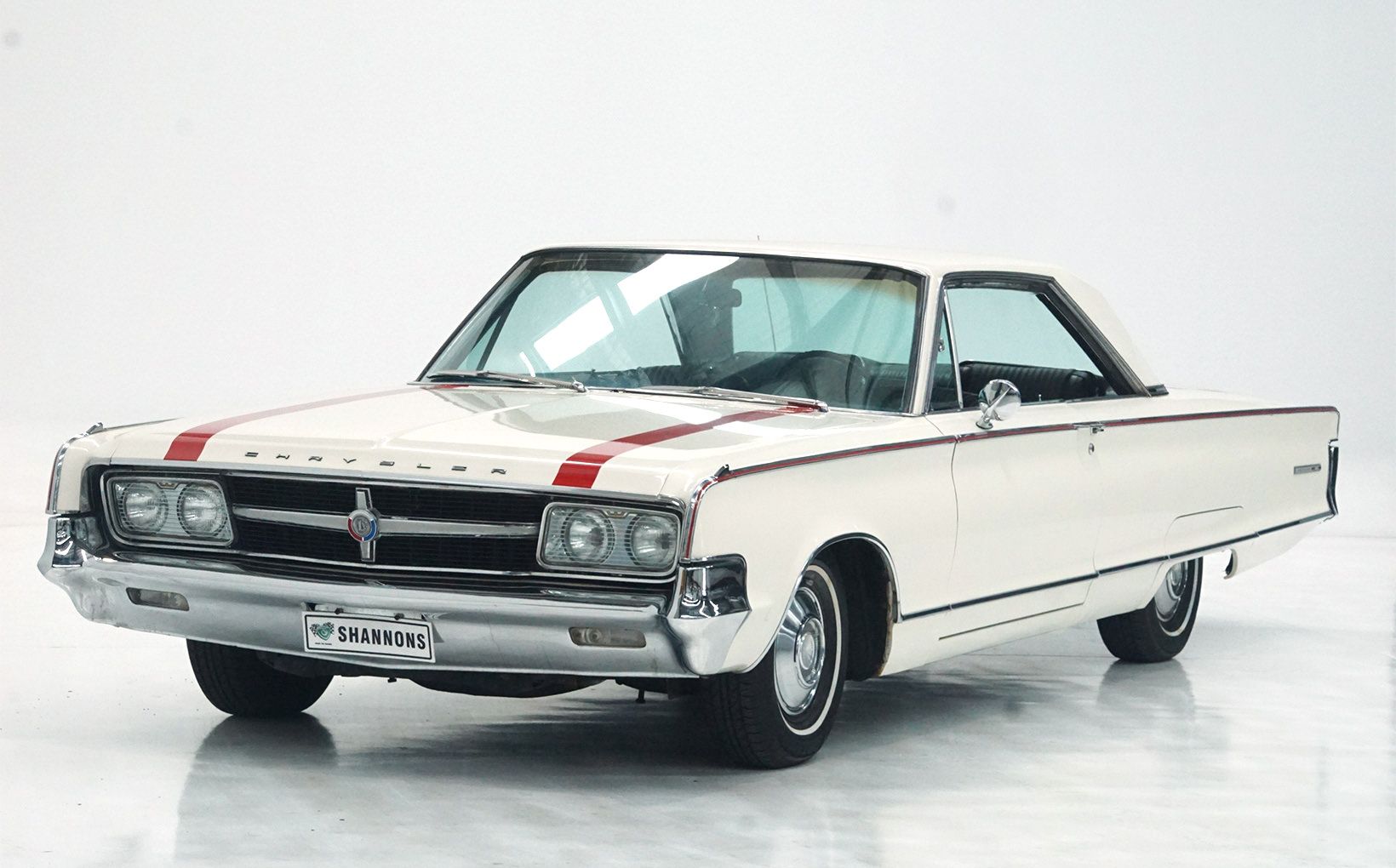 For similar money ($34,000-$40,000) there is a notable left hand drive 1965 Chrysler 300L Hardtop Coupe in the auction. While an older restoration, the 300L now has special status amongst Mopar enthusiasts as the last of the famous Chrysler ‘Letter Car’ models.

28th Annual Chryslers on the Murray