Great numbers to be crunched by Shannons at Motorclassica

Some of Australia’s most desirable car and motorcycle number-plates will be auctioned by Shannons as a highlight of Motorclassica at Melbourne’s Royal Exhibition Building on Saturday 12 October. 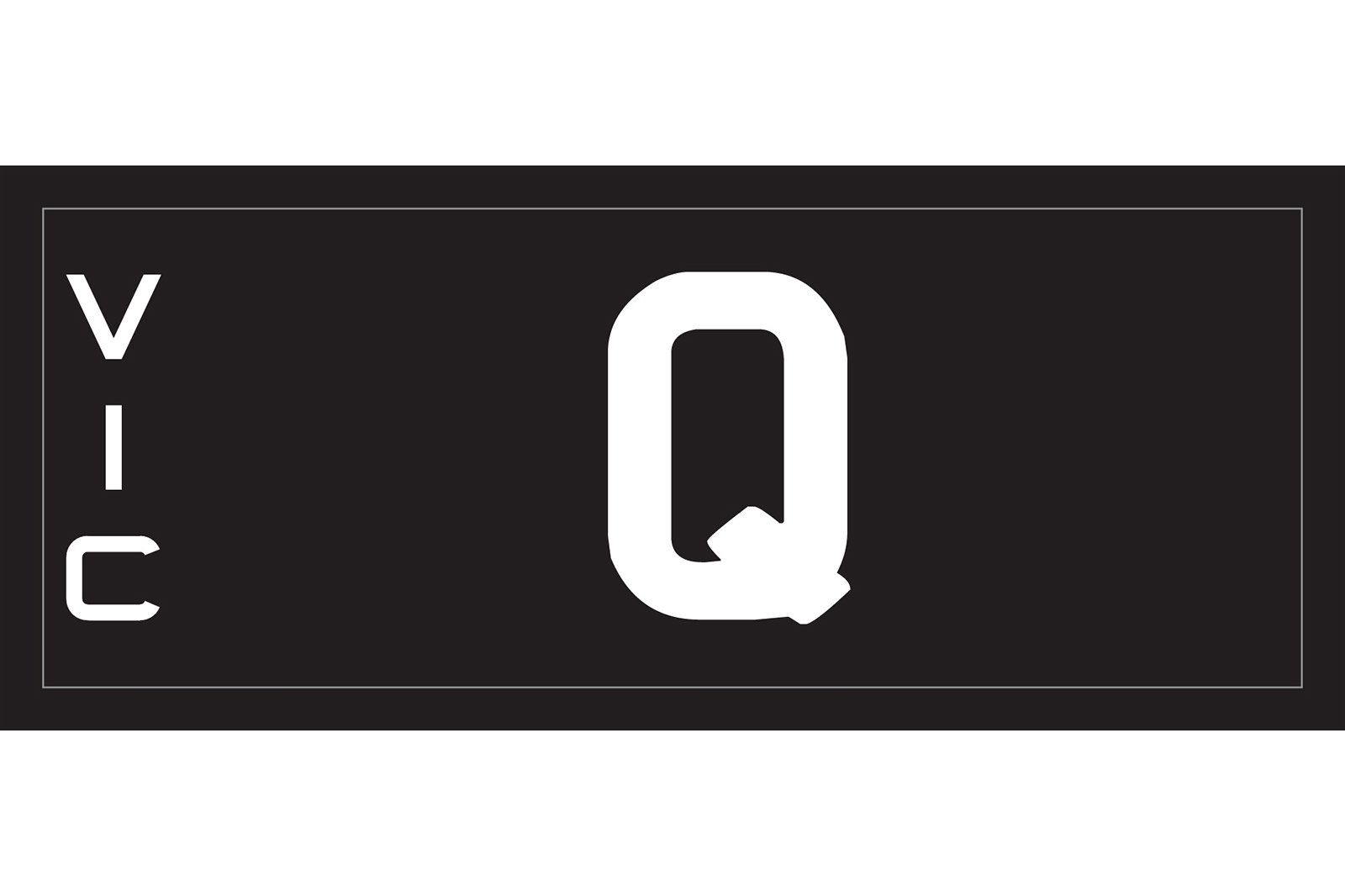 The distinctive single letter Victorian number plate ‘Q’ is expected to sell in the $70,000-$90,000 range when Shannons auction it at Motorclassica at Melbourne’s Royal Exhibition Building on Saturday 12 October.

Amongst the 38 Victorian black and white plates on offer are the sought-after and extremely rare Victorian early motorcycle number ‘4’ and the single letter ‘Q’.

Single digit motorcycle number plates are much rarer than their car counterparts and come to auction only once every few decades, with Shannons estimating that ‘4’ will bring $50,000-$80,000.

Astute collectors will also have the unique opportunity to put the single letter ‘Q‘ on each end of their vehicle.

VicRoads’ only previous release of 24 single-letter signature plates occurring in 2010, with none coming to auction since. Because the opportunity to acquire ‘Q’ potentially represents comes oonce-in-a-lifetime, Shannons conservatively expect this highly distinctive plate ‘Q’ to sell in the $70,000-$90,000 range.

The Victorian Heritage plate ‘392’ is one of 11, three-digit Heritage number plates being auctioned.

A number of numerically-pleasing combinations will be amongst the 38 Victorian number plates being auctioned by Shannons at Motorclassica at Melbourne’s Royal Exhibition Building on Saturday  12 October.

All of the plates can be viewed pre-auction at Motorclassica from 9.00am - 9.00pm on Friday 11 October and 9.00am - 7.00pm on Saturday 12 October, with the auction commencing on the Main Stage, Royal Exhibition Building, Carlton, at 7pm on the Saturday.