The Amor brothers are about to realise a lifelong dream and are not going to let anything stop them, not even a global pandemic. While it’s true the opening of the Gold Coast Motor Museum has been rescheduled, it’s given Carl and his brother Grant the opportunity to make their passion project absolutely perfect. Oh, and put the finishing touches on the resto of a Shannons Goggomobil, too. More on that in a future article.

To say Carl is hands-on is an understatement. He’s driving a Bobcat when we interrupt him for a COVID-19-compliant phone interview but is more than happy to put down his tools for a chat. “I was just levelling out the garden before we plant the grass,” Carl begins. “I’ve been here every day since the site broke ground. Tomorrow, we’re building cold rooms.” 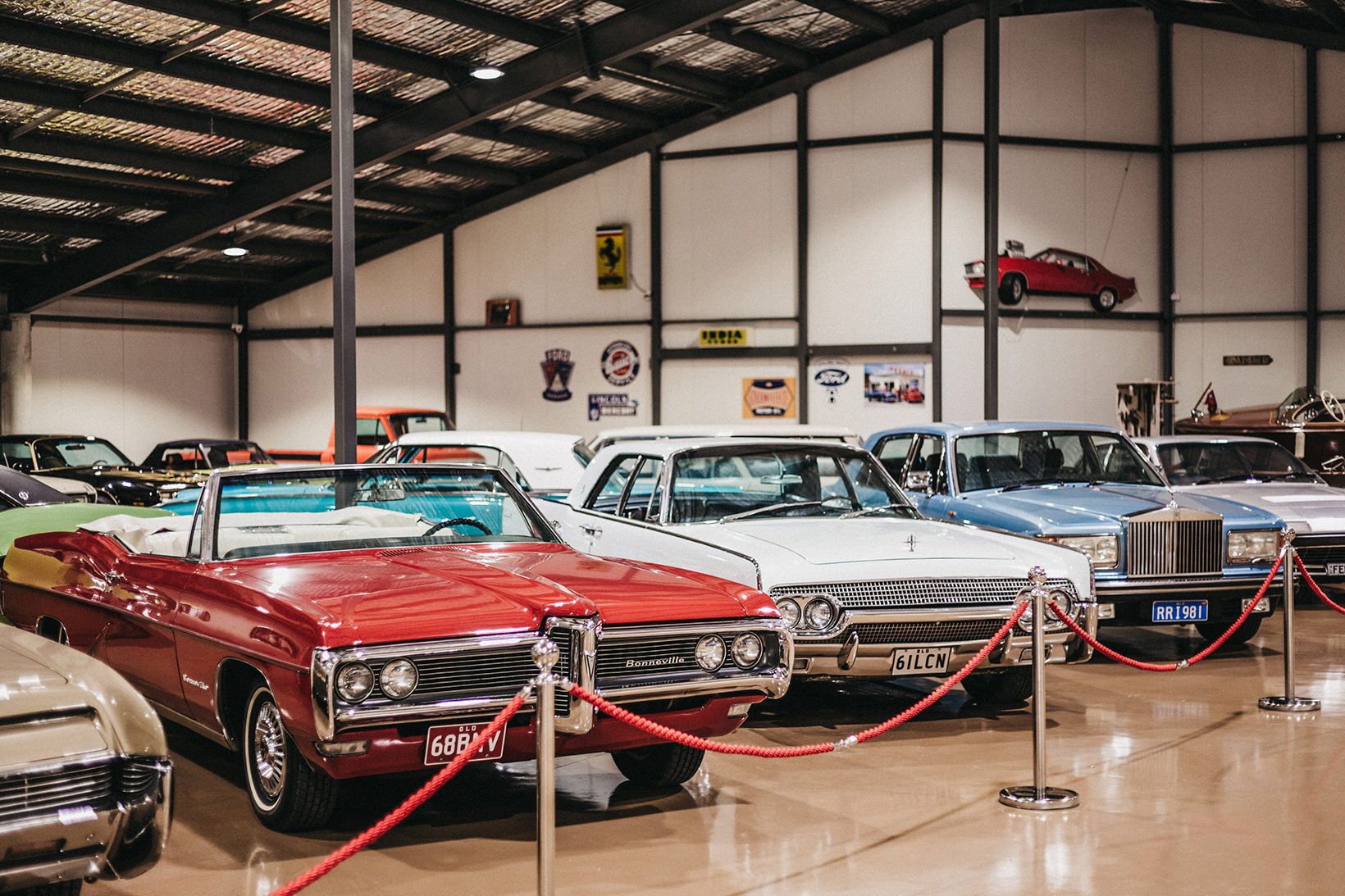 A man of many talents, Carl’s background is in motor trimming, but the years saw him diversify significantly. “My brother Grant and I had a large car restoration business, then we moved into marine trimming, then underwater lighting,” he says. “Aqualuma LED Lighting now handles underwater, industrial and commercial lighting solutions. We sell to 50 countries and proudly, it’s all made here in Australia.”

With Grant handling the day-to-day running of Aqualuma, Carl is free to concentrate on getting the museum up and running. “This all came about because our father, Denis always wanted to create a car museum,” Carl explains. “Dad died when I was 16 and Grant was 14, so it went on the backburner, obviously.”

Grant and Carl have never been shy of an automobile, but it was around a decade ago that they began to amass a fairly significant collection; clearly, the notion of a car museum was always broiling away in their brains. “About 3-4 years back, we worked out we could probably build a car museum and make it a good one. That’s when we started looking seriously for a property and got things rolling,” Carl says. 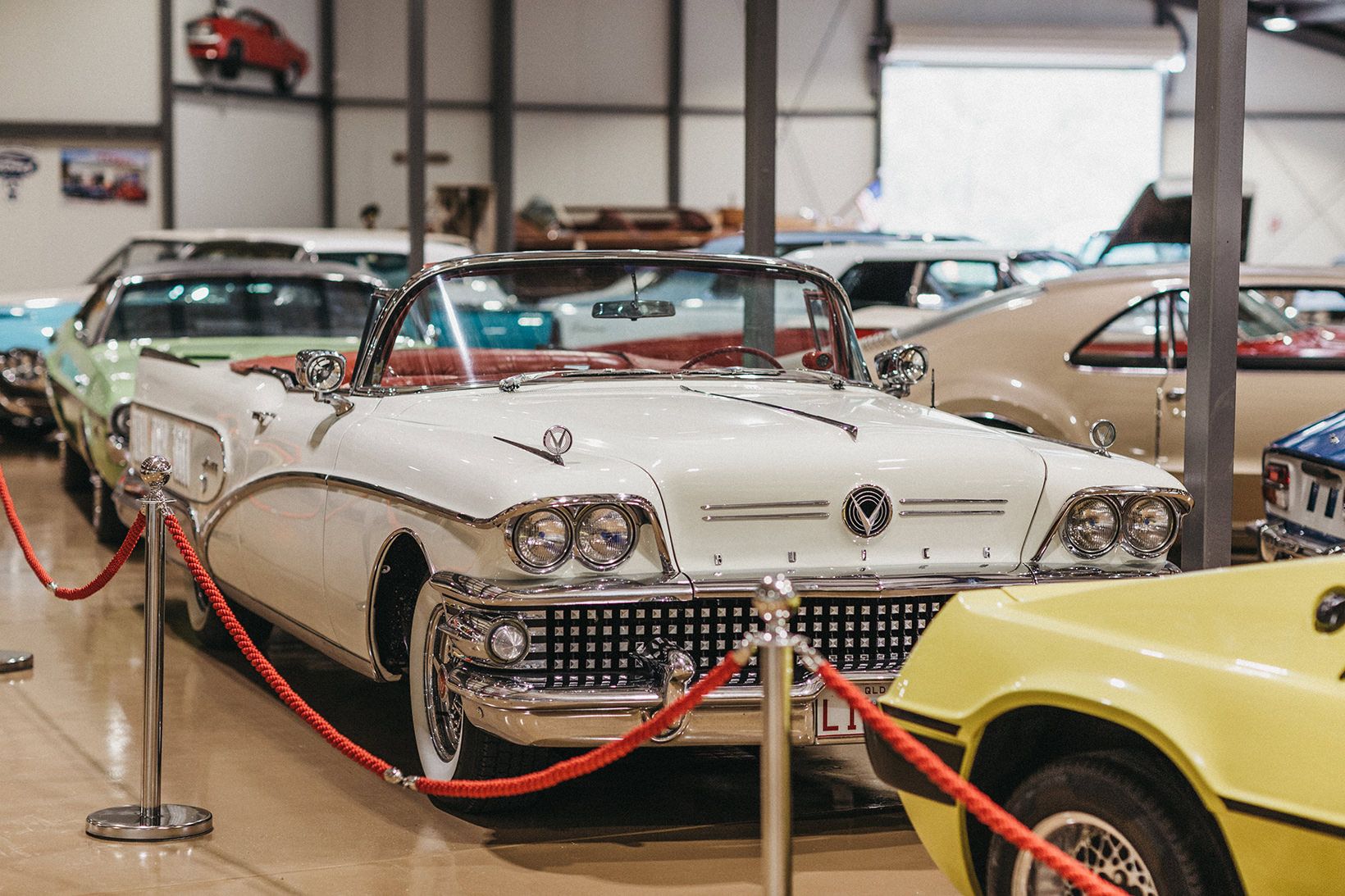 A disused farm in the Gold Coast hinterlands has been repurposed; the old buildings knocked down in favour of a bespoke structure capable of swallowing 80 cars, including the 65 owned by the brothers. “We’ve got a few mates with interesting cars, so we’ll be able to keep vehicles rotating through to ensure it remains fresh,” he says. “Plus, we’ve got space for 200 cars on the grounds, so we can hold functions here in connection with the local car community.”

The hungry masses aren’t forgotten about, with an on-site bar and restaurant named ‘Stanley’s Barn’ in honour of a 1924 Stanley Steamer; the eatery’s centre piece. “The restaurant has got an old-town Americana kind of feel to it; it’s not a diner, but there’s lots of turn-of-the-century gear in there to make it an interesting venue,” says Carl. 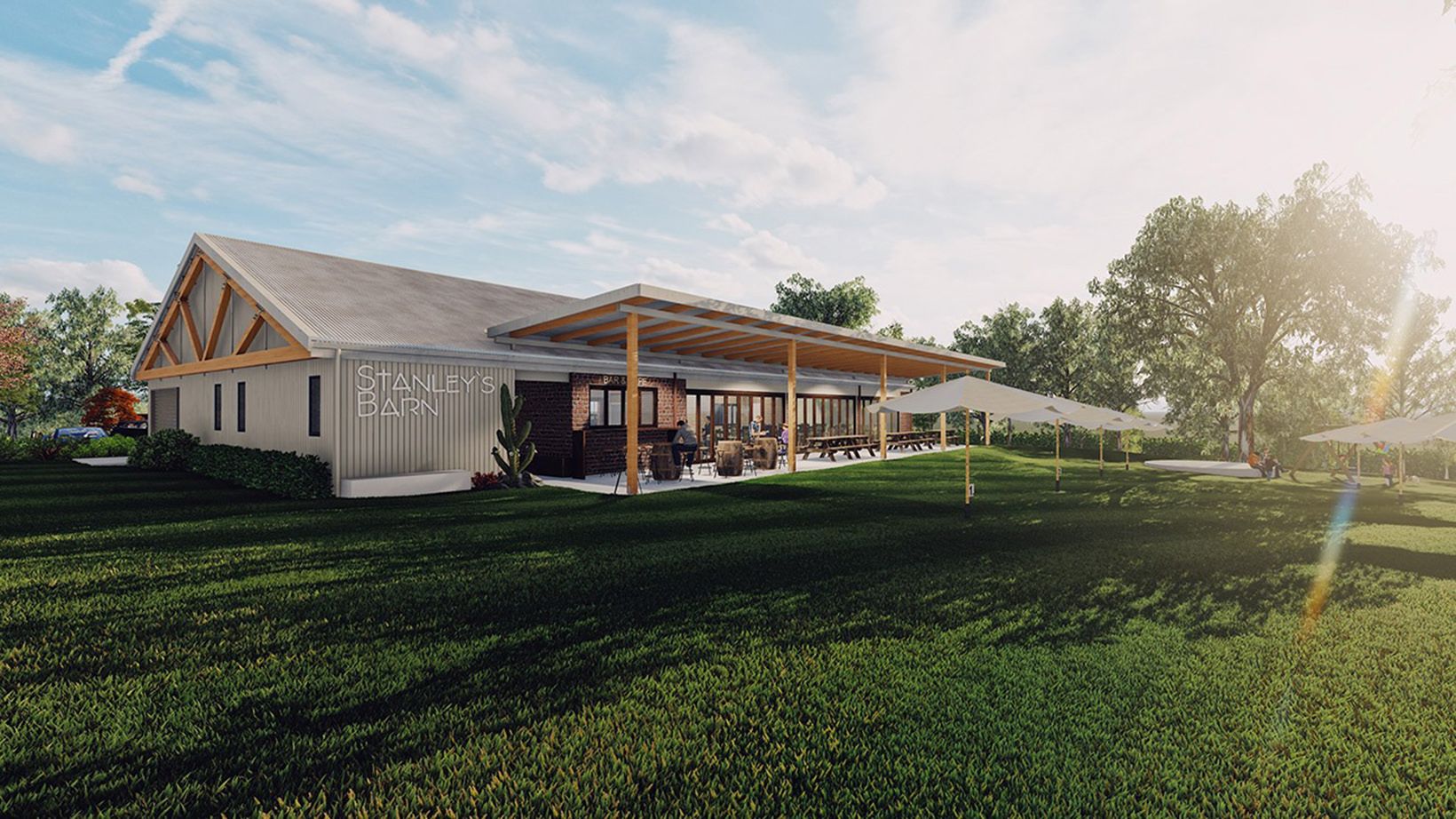 While the facility is important for any motoring enthusiast, it’s the contents that will bring in the traffic and it seems Australia’s newest car museum has something for everyone. “We’ve got stuff the average person can relate to; one tradie walked in here and went straight over to our Peugeot 504. We had to peel him off it.” Carl says. “But we’ve got some really different stuff too, like a 1988 Heron MJ1, a monocoque sports car from New Zealand. It’s one of only 25 made.”

“There’s no theme to this collection; it’s not a building full of unattainable supercars,” Carl continues, although there are a couple of Ferraris and a Lamborghini Espada for the Europhiles to check out. “One of the Ferraris has an LS Chev V8 in it. The purists will weep!” he laughs. 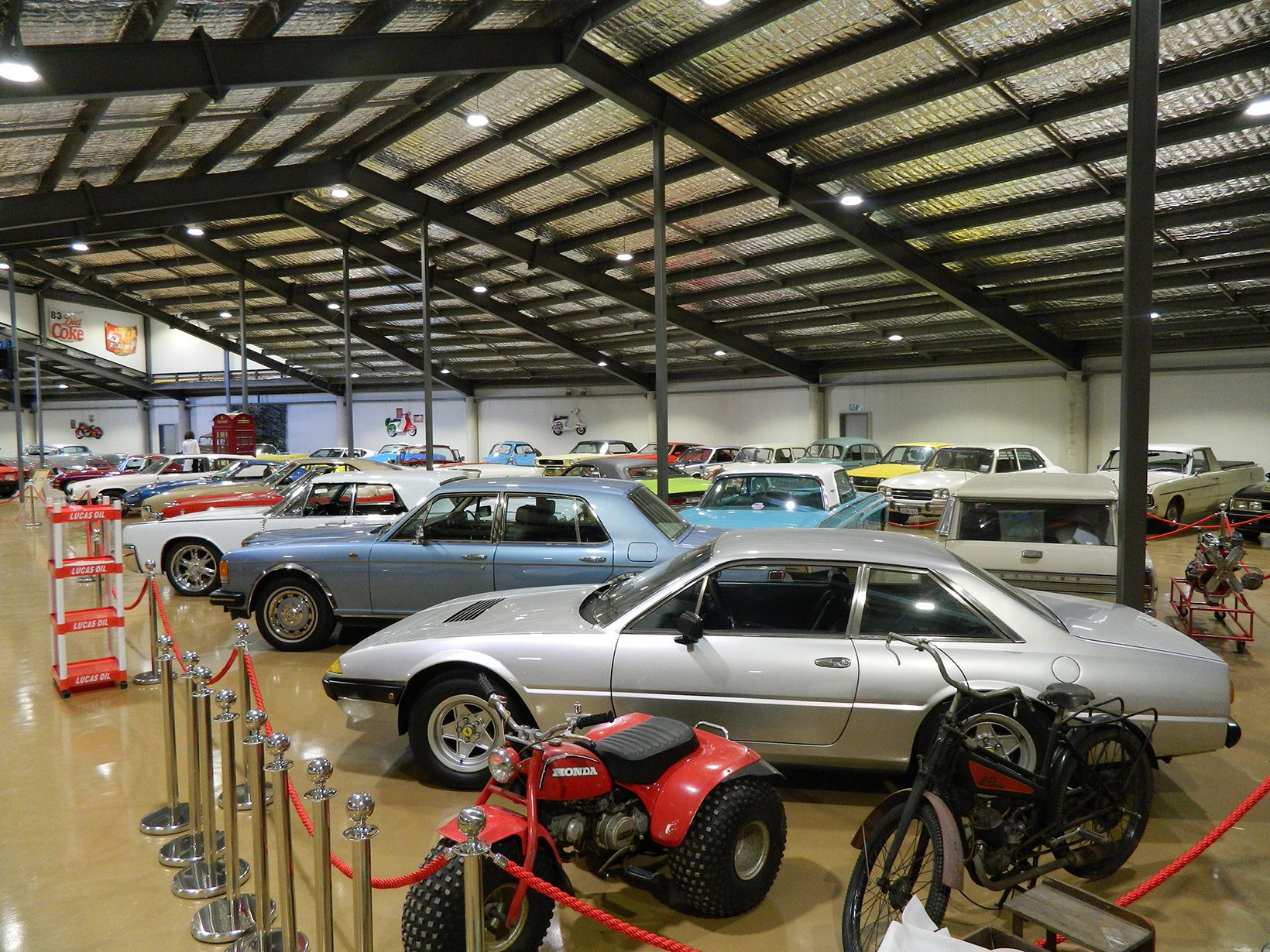 Carl and Grant try to keep all the cars in running order, handling the mechanical and helping with the restoration work themselves. “We have a panelbeater and a painter working for us full time, plus I do all the trimming, of course,” he says. With all Carl has going on, I’m pressed to ask him when he actually sleeps. “I don’t need sleep! I can do that when I’m dead,” he says with a wink to Bon Jovi that is almost audible down the phone. 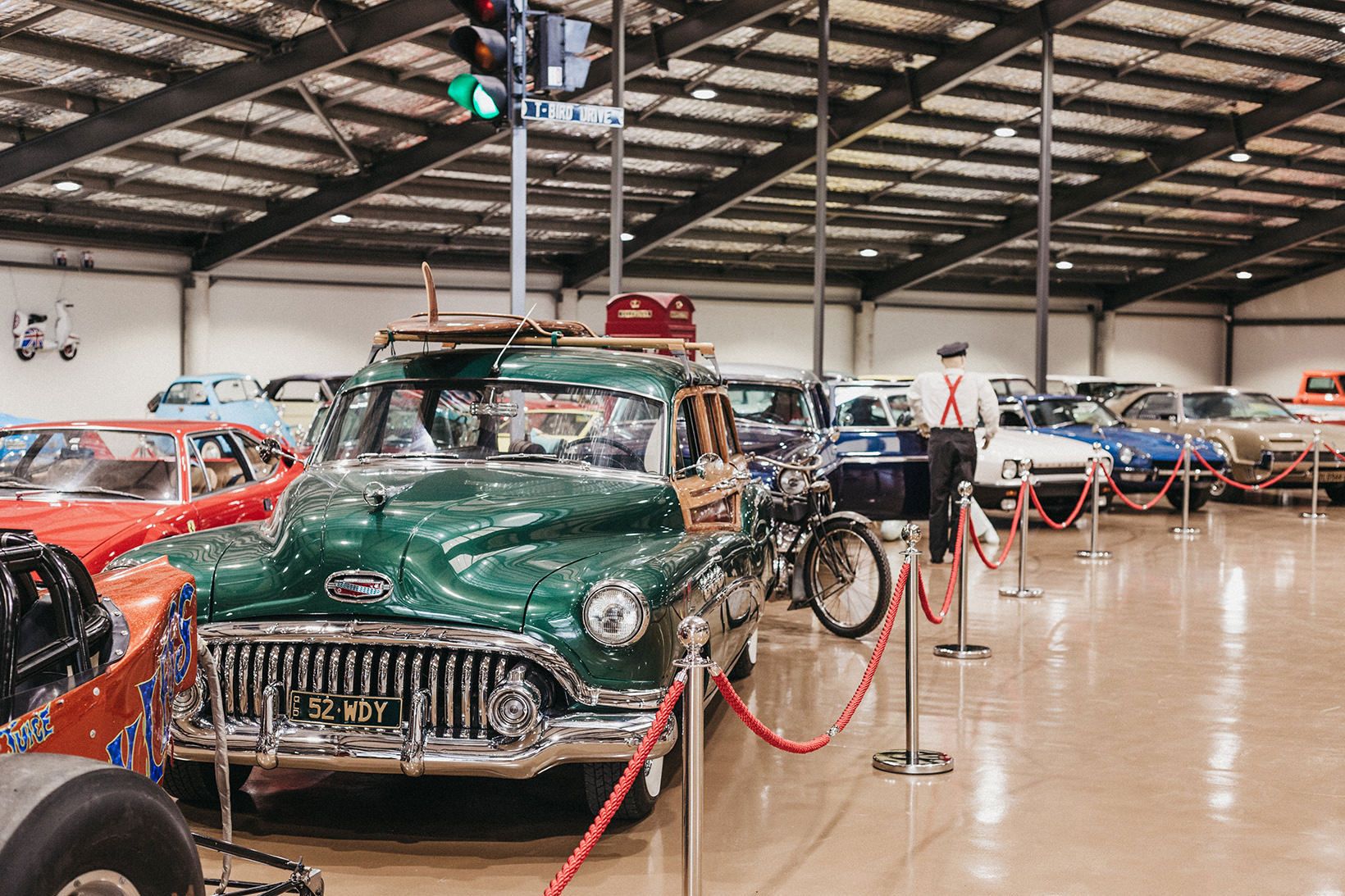 Until Coolangatta’s Cooly Rocks On event was cancelled due to the Coronavirus pandemic, the brothers had planned to launch the Gold Coast Motor Museum at the annual rock’n’roll auto festival. “Queensland BDM Phil Ross suggested we combine with Shannons as the major sponsor of the show; that’s why we thought we’d freshen up the Goggo as well,” he says. With the northernmost Goggomobil having almost two decades of hardcore Shannons promotional work under its tiny tyres, Carl’s offer was too good to refuse. 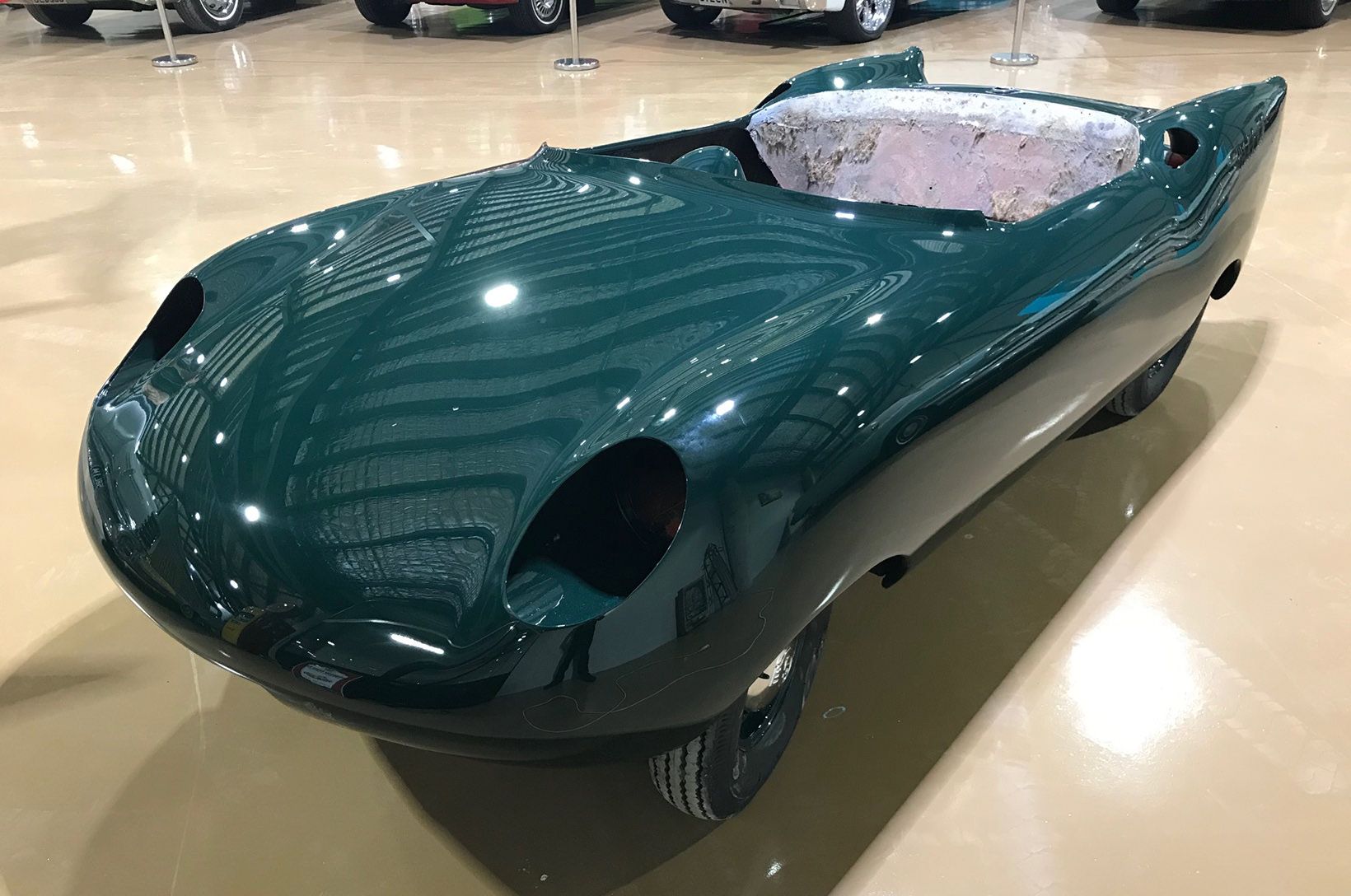 Although Cooly is sadly not ‘Rocking On’ in 2020, Carl and Grant will ensure the Museum is ready to open the moment restrictions are lifted, giving event-starved enthusiasts a place to visit, have a coffee and gawk at some cars, as we love to do. “In the meantime, I’ve got earth to flatten, cold rooms to build, then a Goggomobil to trim!” he says. 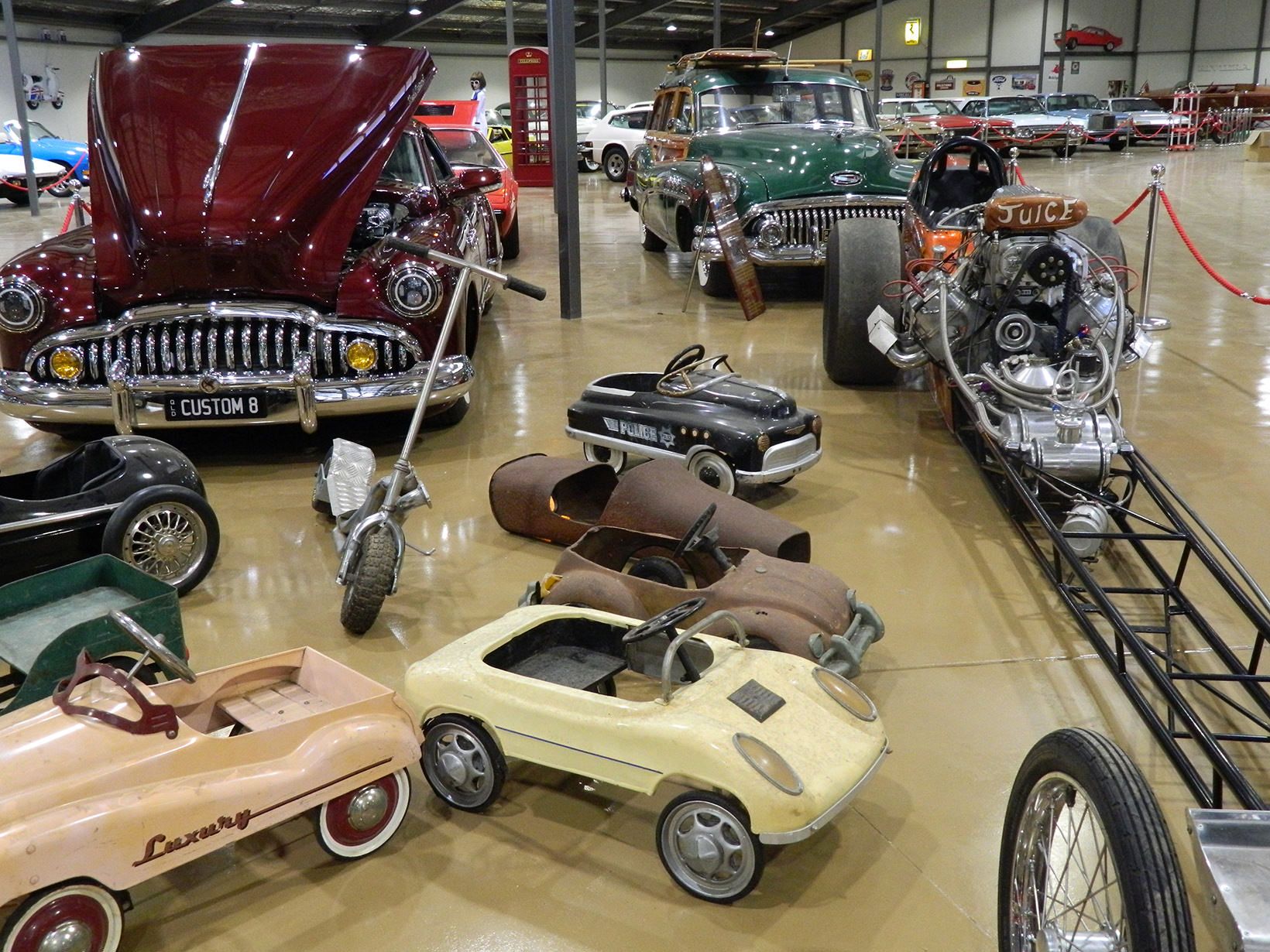 Keep an eye out on the Shannons Club for an update on the Gold Coast Motor Museum's launch schedule, along with the latest on the Shannons Queensland Goggomobil Dart; its rich race history and glorious restoration.

Shannons 2 Days of Thunder in QLD

Queensland: Numinbah - Run for the Border