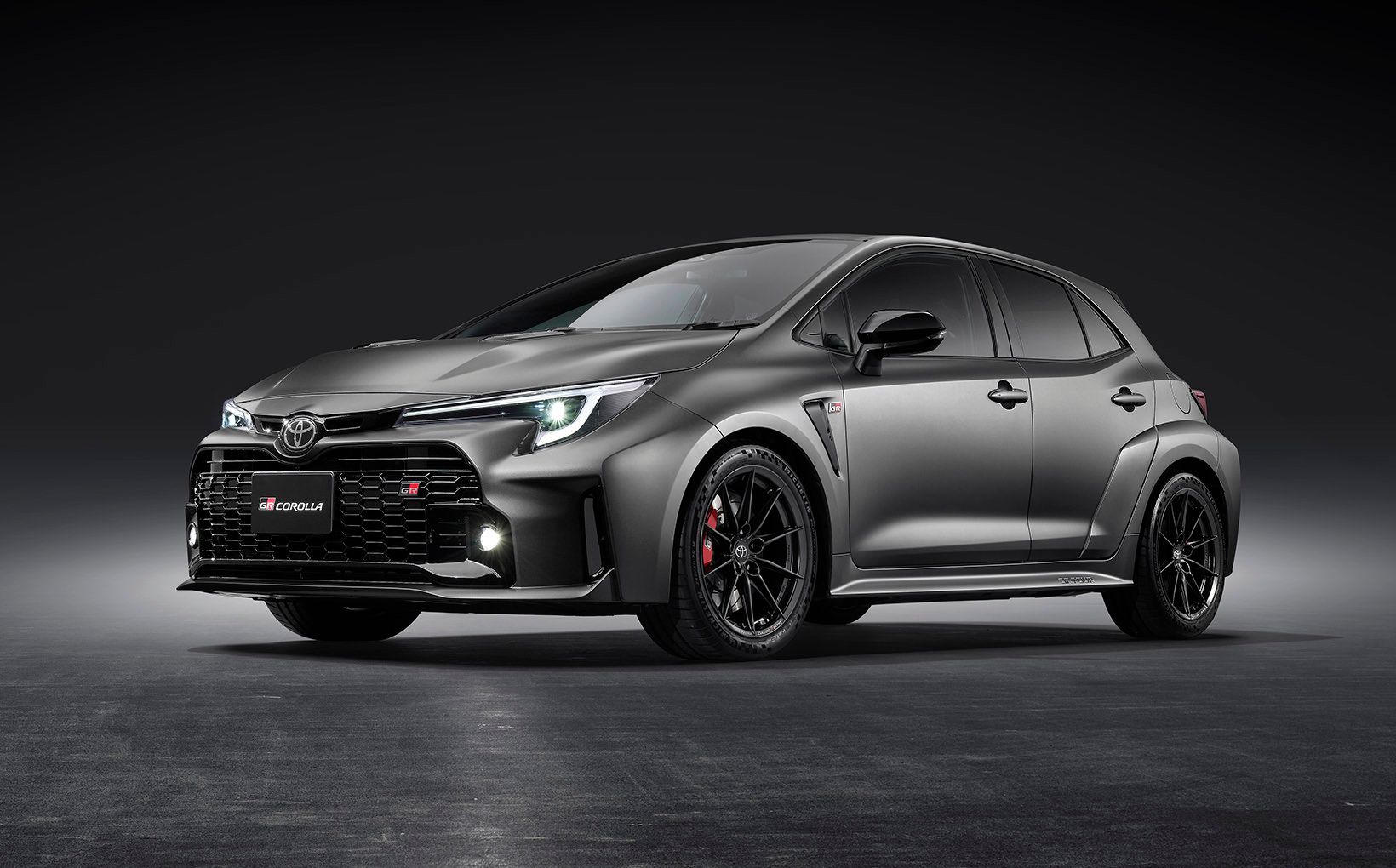 THE LOCAL arrival of the Toyota GR Corolla is eagerly awaited, but hot-hatch aficionados will be particularly keen to get their hands on the track-focused 2S version.

Due here next year, Toyota’s new GR Corolla, which incorporates many components from its GR Yaris sibling, will come in two flavours – the 5-seater (5S) and hardcore 2-seater (2S) – and pricing speculation (this far out from launch) suggests that both will cost north of $60,000.

With Australian order books opening in Q4 this year, the 2S will follow the 5S onto the market early in 2023 – that’s when deliveries are expected to begin, but prospective buyers must note that the model will have limited availability, much as GR Yaris and GR Yaris Rallye did a couple of years ago. 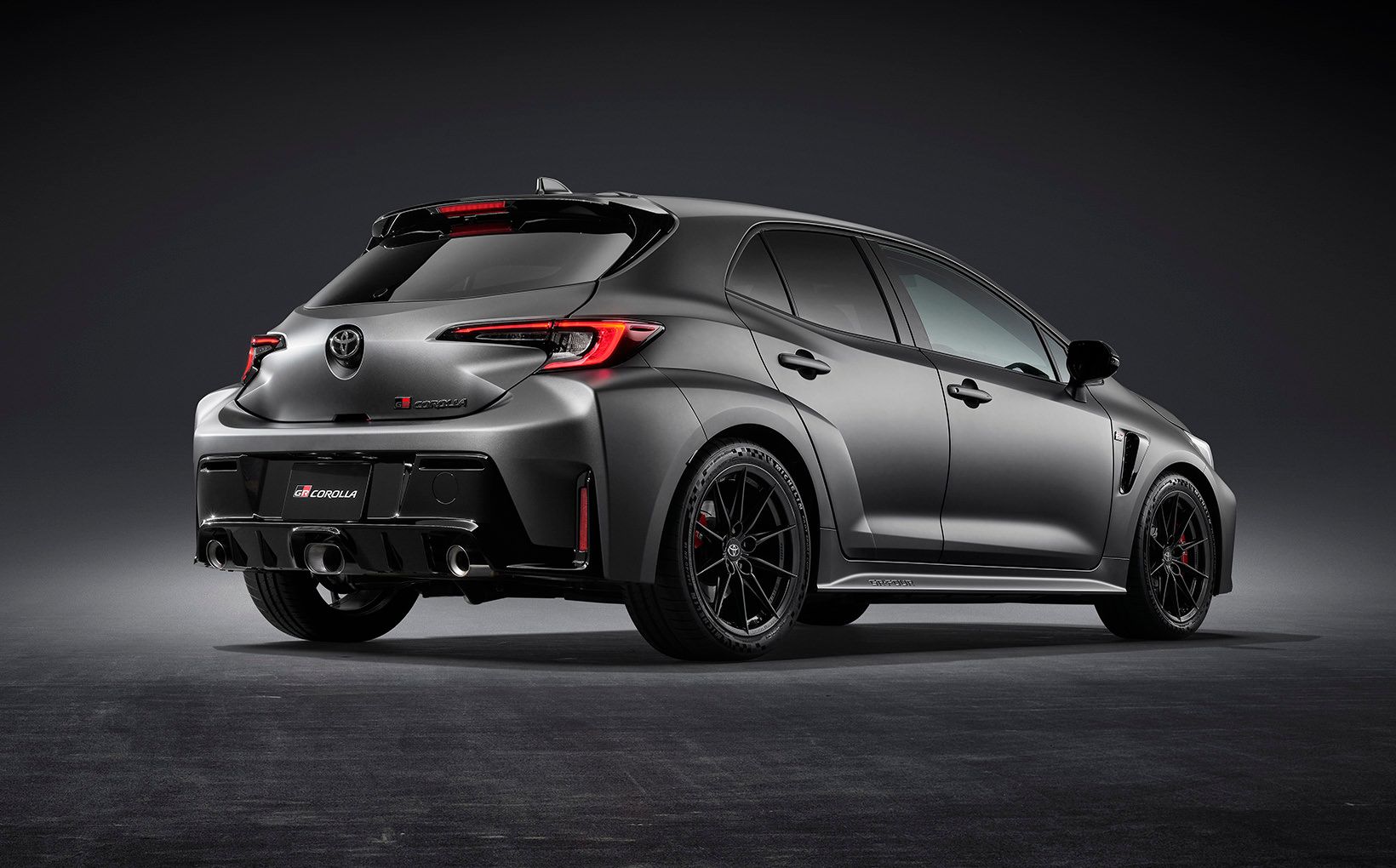 Both GR Corollas are 5-door hatchbacks, and their underpinnings are the same, but the 2S comes fitted with reinforcement braces, no fewer than 350 extra spot welds to the chassis and more than 3.3 metres of additional structural adhesive, all of which significantly beefs up its body rigidity.

As its moniker suggests, the 2S’ rear bench has been deleted to save weight ­– it’s strictly a two-seater – and so has the rear window motors and rear-screen wiper; the aircon is single zone, the seat adjusters are mechanical and other minutiae help to shave 30kg off the kerb weight (1440kg). 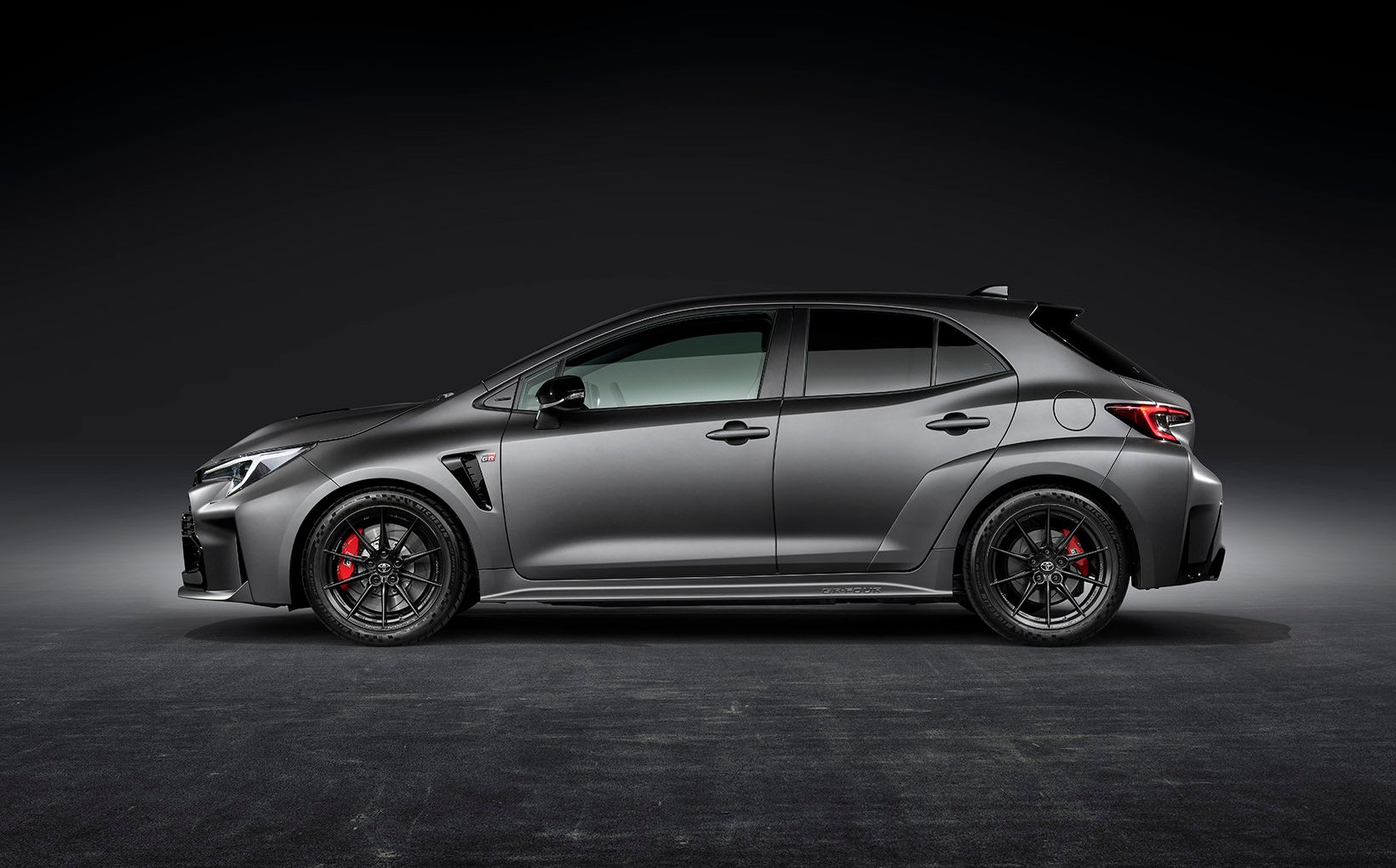 GR Corolla has already rung a bell among track-day and motorsport enthusiasts.

It gains race-spec’ Michelin Pilot Sport Cup 2 tyres on 18-inch BBS alloys (the same found on the GR Yaris Rallye), an upgraded suspension (with monotube shock absorbers fitted to the rear multi-link suspension and inverted monotube shock absorbers for the front MacPherson strut set-up), as well as lower-geared differential ratios and the use of closer ratios for first, second and third gears. 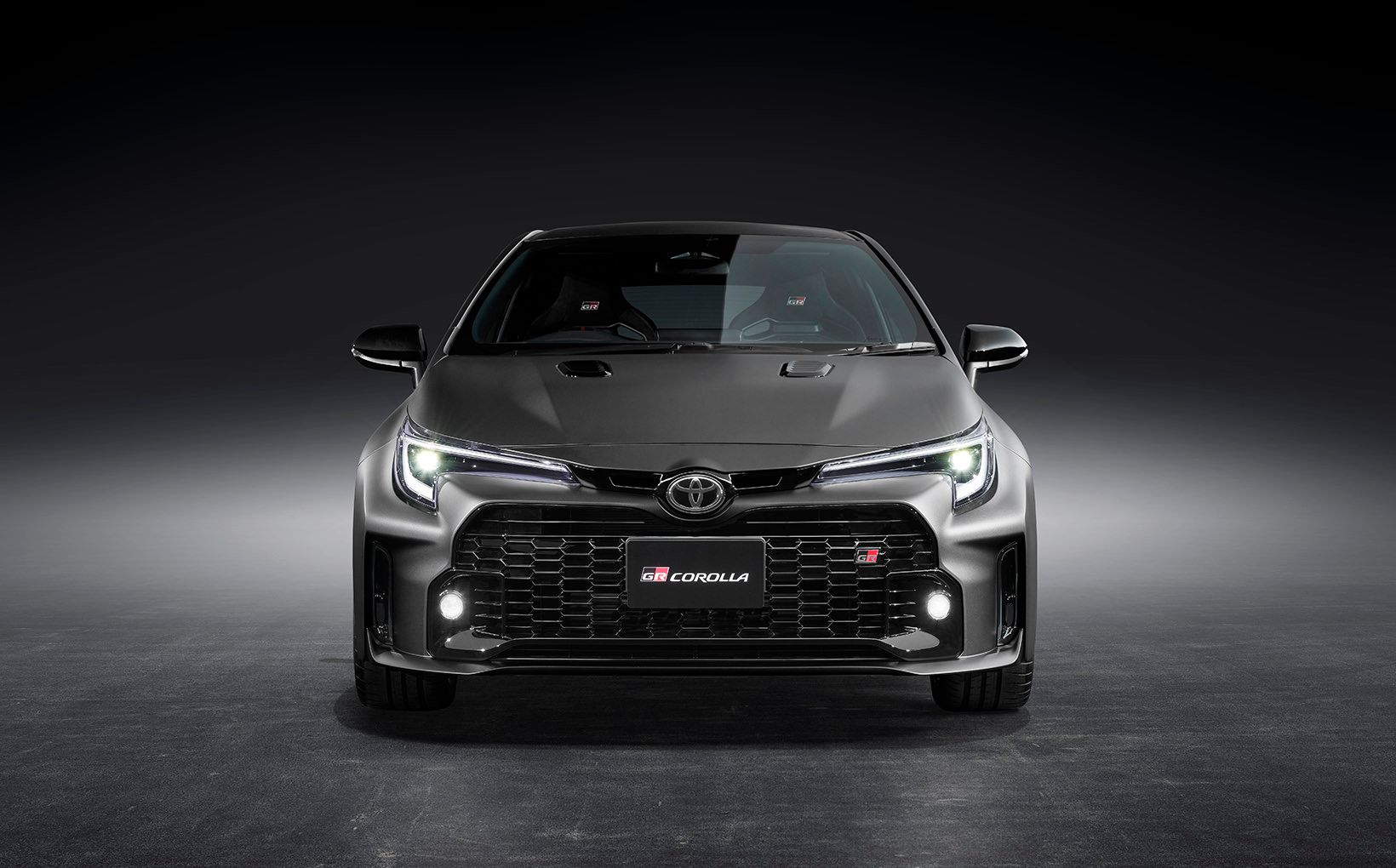 For longevity, the engine features a forged crankshaft and con rods.

Nonetheless, the 2S’ engine is in special in terms of power and torque output – 220kW and 400Nm are at the top of the scale for a series-production 3-cylinder turbo-petrol engine.

For longevity, the engine features a forged crankshaft and con rods, but forged pistons are not allowed due to Japanese emissions restrictions (because they allow more combustion gas blow-by). 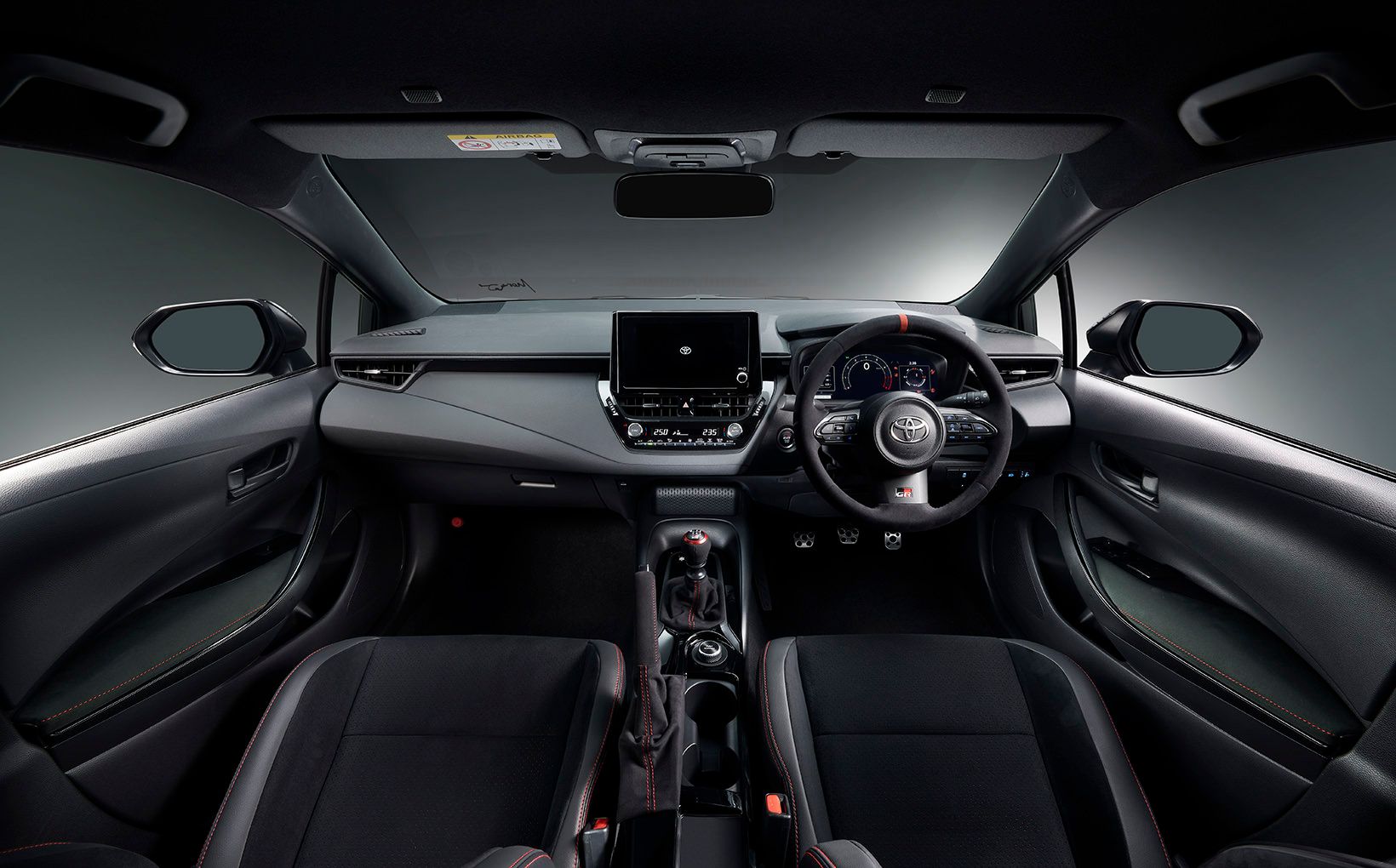 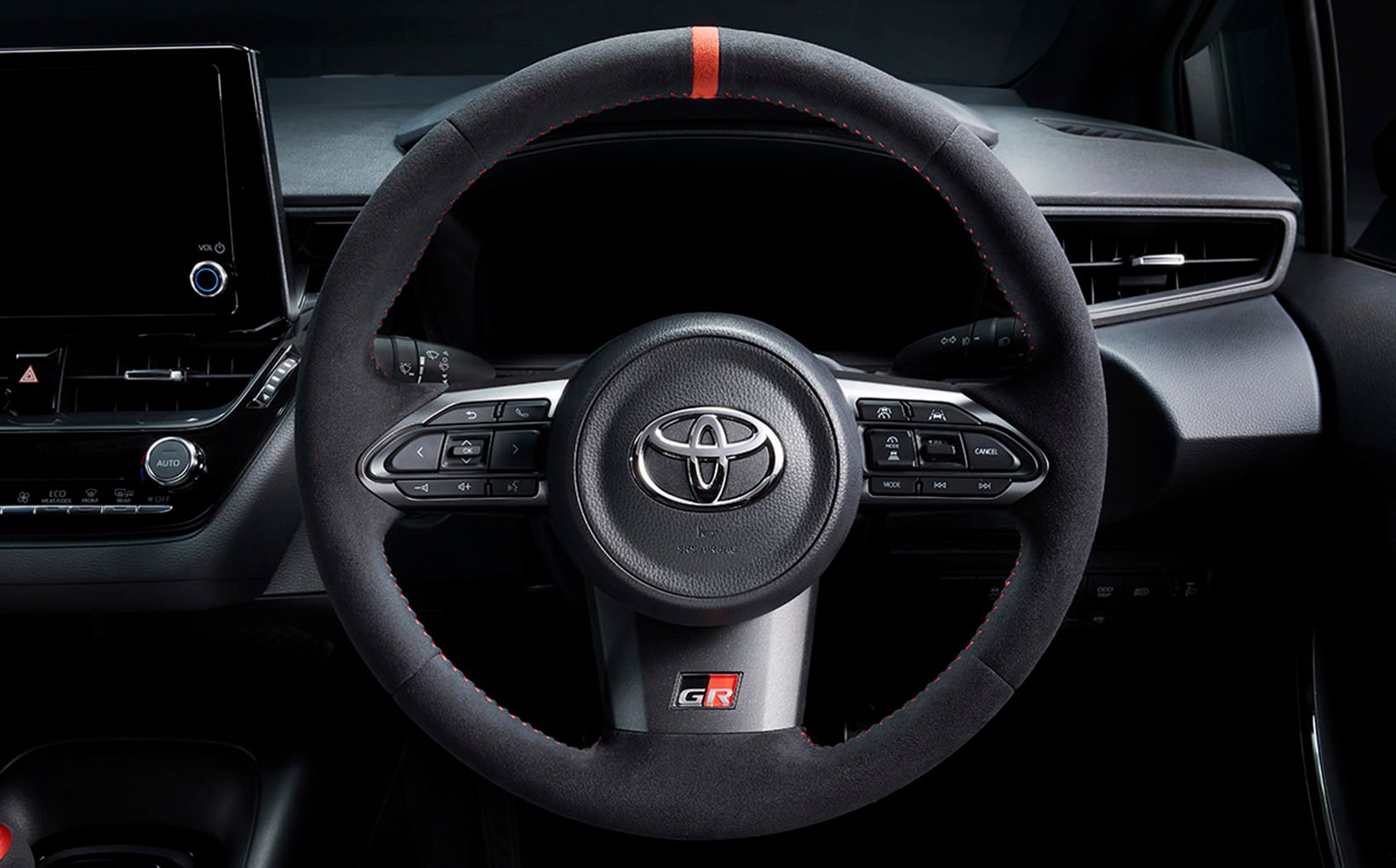 Inside, the track-focused GR Corolla features a model-specific gearknob, occupants are bolstered by Recaro semi-bucket seats and cast-black paint ornamentation features on the digital instrument cluster and door cards. The use of Ultrasuede (an Alcantara-like material) on the steering wheel and centre console add to the two-seater's appeal.

Toyota Australia’s vice president of sales, marketing and franchise operations, Sean Hanley, said the introduction of the two-seater GR Corolla would provide owners with an even more intense driving experience on track. 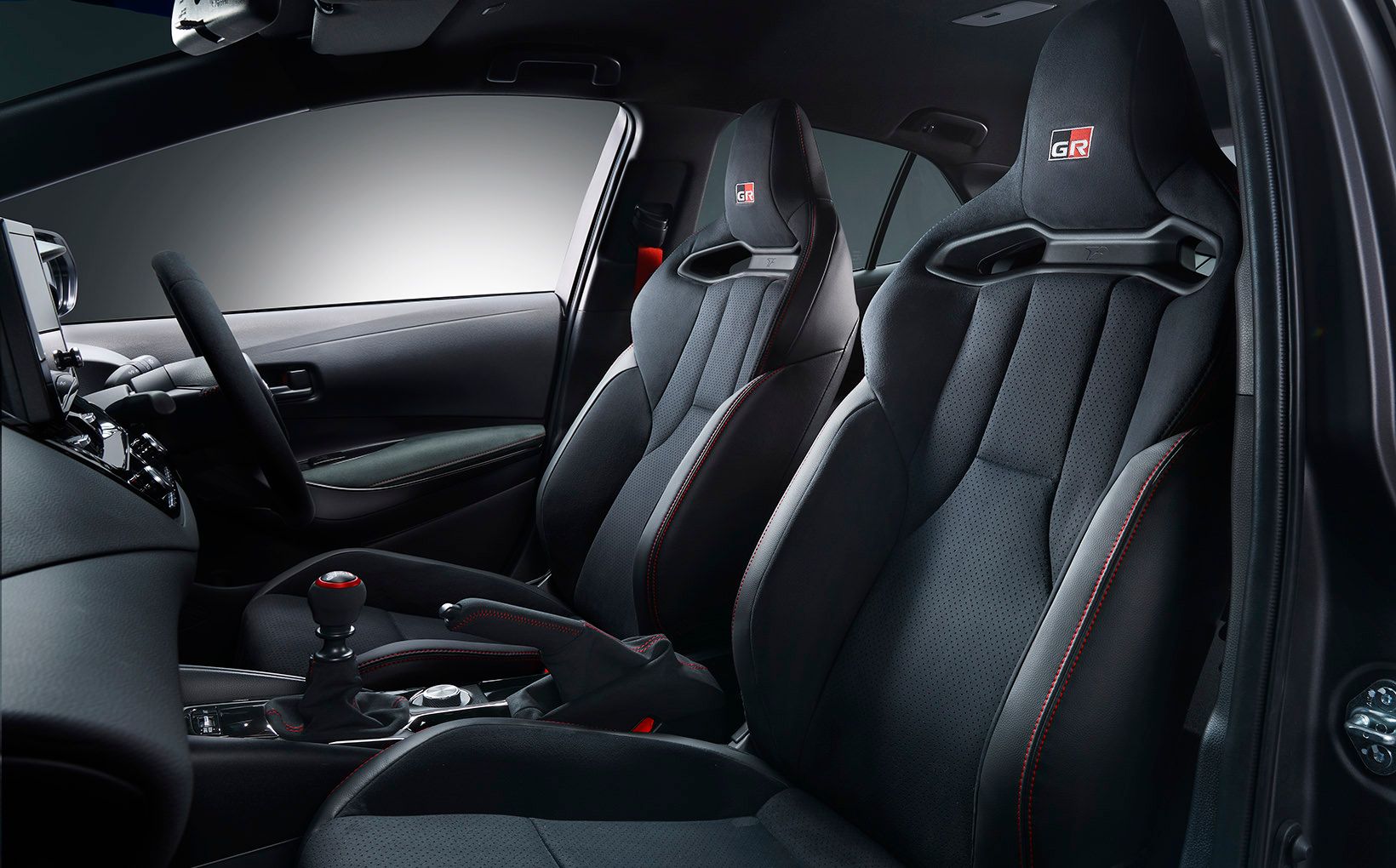 "With its increased torque and lighter weight, the new two-seater GR Corolla, will enhance the GR brand even further by offering performance enthusiasts an even more focused version of our new hot hatch," he said. 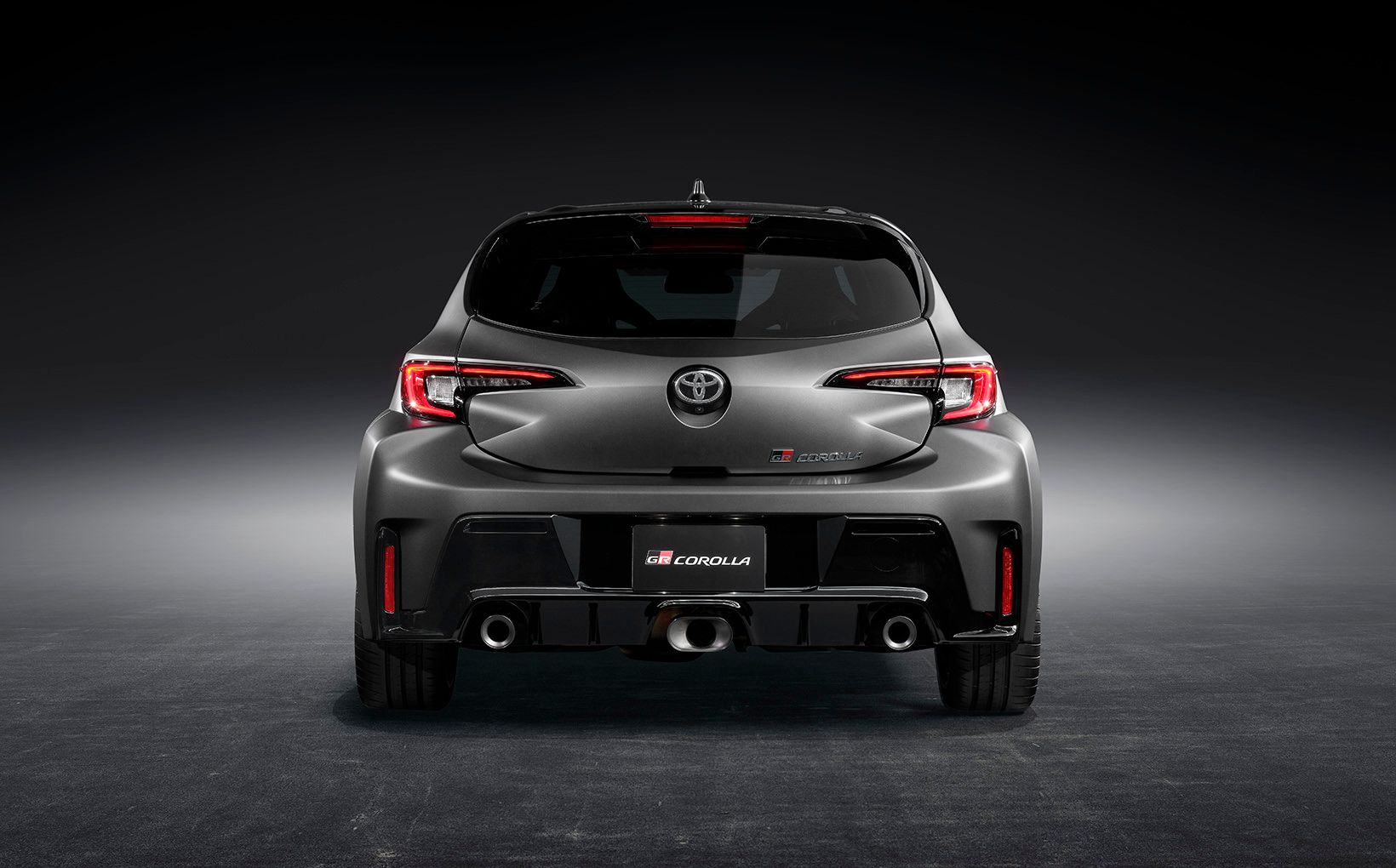 The GR Corolla two-seater will be available as with matte-grey metallic finish.

Toyota last competed in the turbocharged AWD sportscar space with the Celica GT4 that was in production from 1986 to 1999. It was used to great effect by the legendary Carlos Sainz, who the 1990 World Rally Championship driver’s title in a Toyota Celica GT4.

More details on the GR Corolla will be released closer to the model's local launch in 2023. As opposed to the 5S, the two-seater will be optionally available with an exclusive matte-grey metallic finish.