Toyota prices its new 300 Series LandCruiser from $89,990 plus on-roads 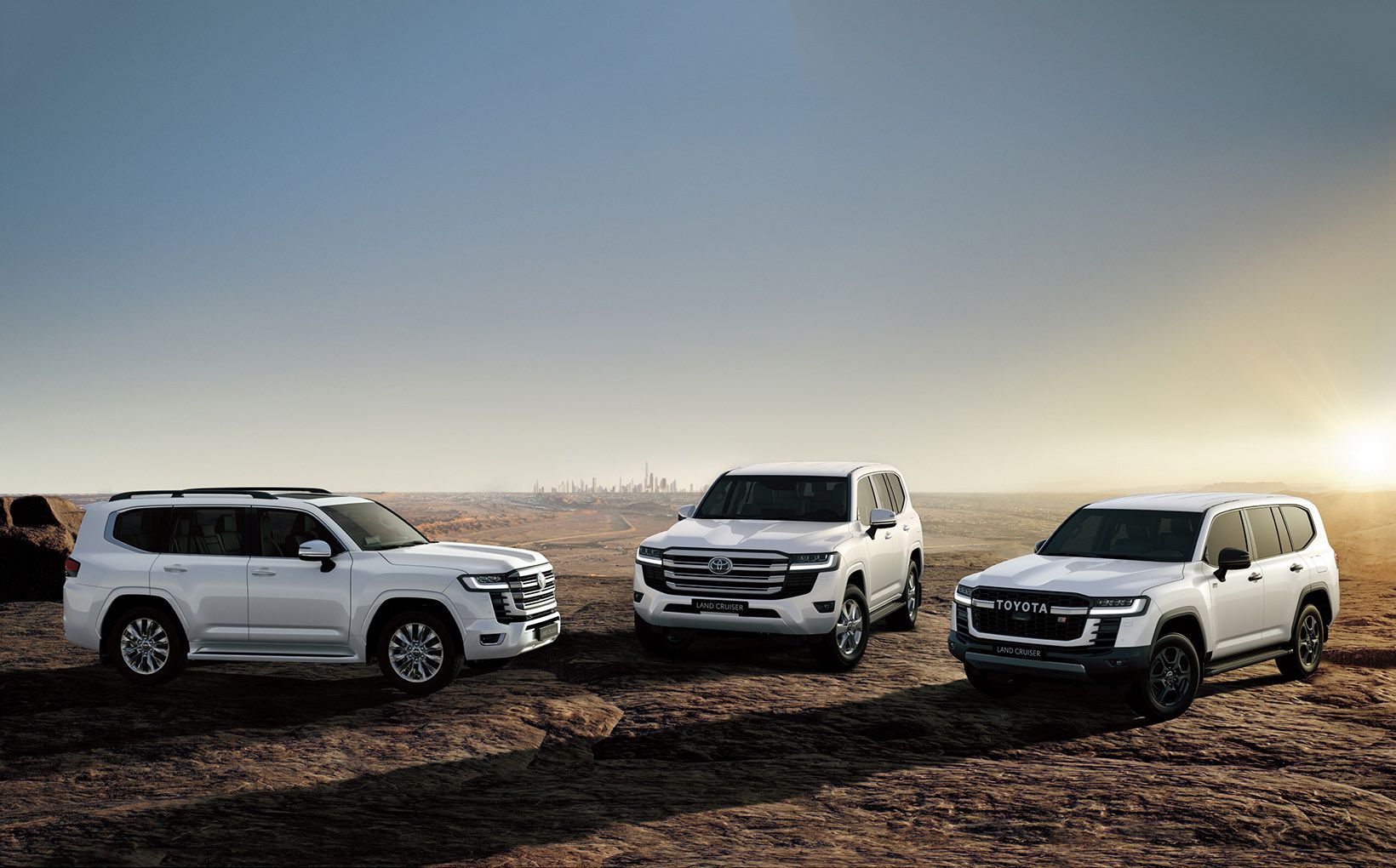 The new 300 Series LandCruiser range is bigger and more expensive than ever.

BACK in July, we published a story covering the reveal of the long-awaited, hotly anticipated 300 Series LandCruiser and it proved to be one of the most popular GoAutoNews reads of the surrounding months.

Now though, Toyota has revealed the 300 Series LandCruiser’s pricing and true to form, it’s quite expensive with even the base model GX starting from $89,990 plus on-road costs.

What’s more, there’s now a bigger selection of offerings with no less than six variants set to be available in Australia, all powered by the previously detailed twin-turbocharged 3.3-litre V6 diesel engine good for 227kW/700Nm.

From that near enough $90k launch pad, 300 Series pricing stretches right the way up to a Range Rover-baiting $138,790 plus costs for the flagship Sahara ZX. 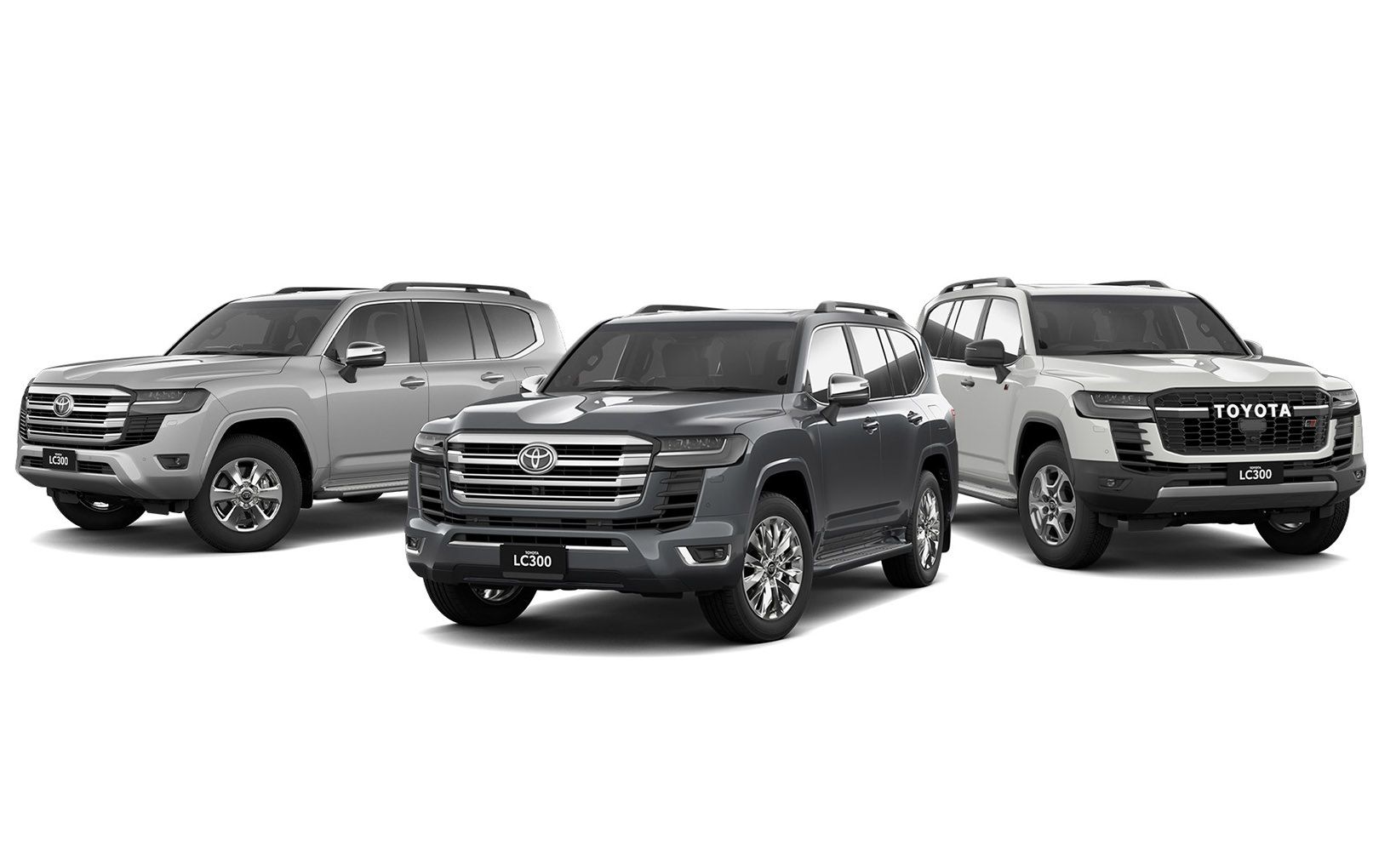 The GX, GXL, VX and Sahara all look fairly similar while the GR Sport and Sahara ZX stand apart.

Between the GX and Sahara ZX are – in order – the GXL, VX, Sahara and GR Sport, meaning the new range is both more expensive and expansive than the outgoing 200 Series with prices rising by between $6917 and $10,717 for the existing ‘core’ nameplates – the GR Sport and Sahara ZX have no direct predecessors.

While recent iterations of the full-sized LandCruiser have never been cheap, the new model’s hefty price increases can be attributed in part to the new TNGA global platform, that all-new engine and the equally new 10-speed automatic transmission, not to mention the various technology upgrades.

Described by Toyota as “the most capable LandCruiser ever”, all variants come as standard with an ‘AWD Integrated Management’ system which ties the steering assist, brake and throttle control, shift pattern and drive torque distribution together for more “precise handling and stability”. 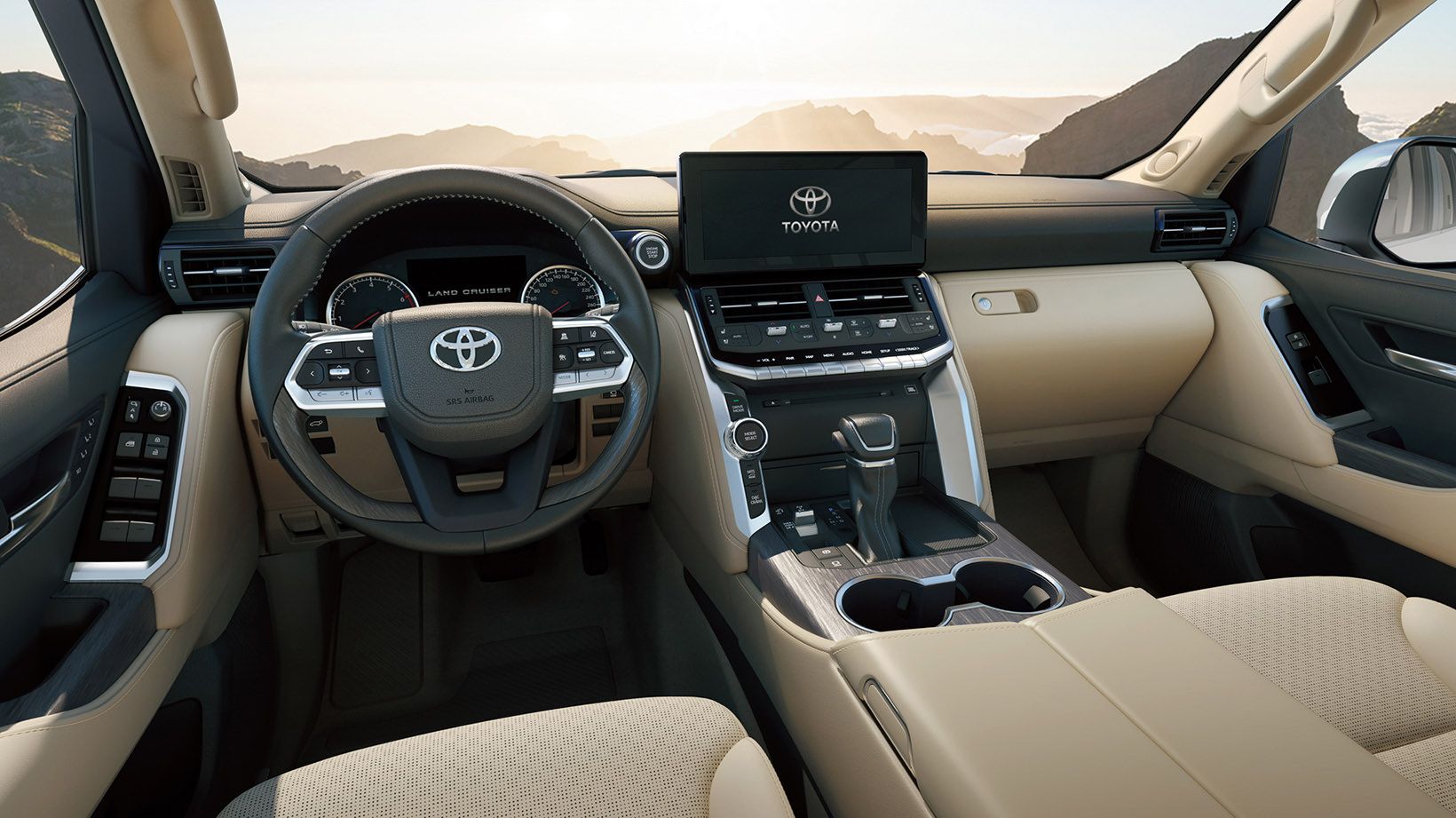 True to form, the LandCruiser is a big, plush and capable unit.

Once the flagship of the LandCruiser portfolio, the Sahara is still king of the hill in terms of the ‘core’ nameplates, carrying around a $131,190 asking price. 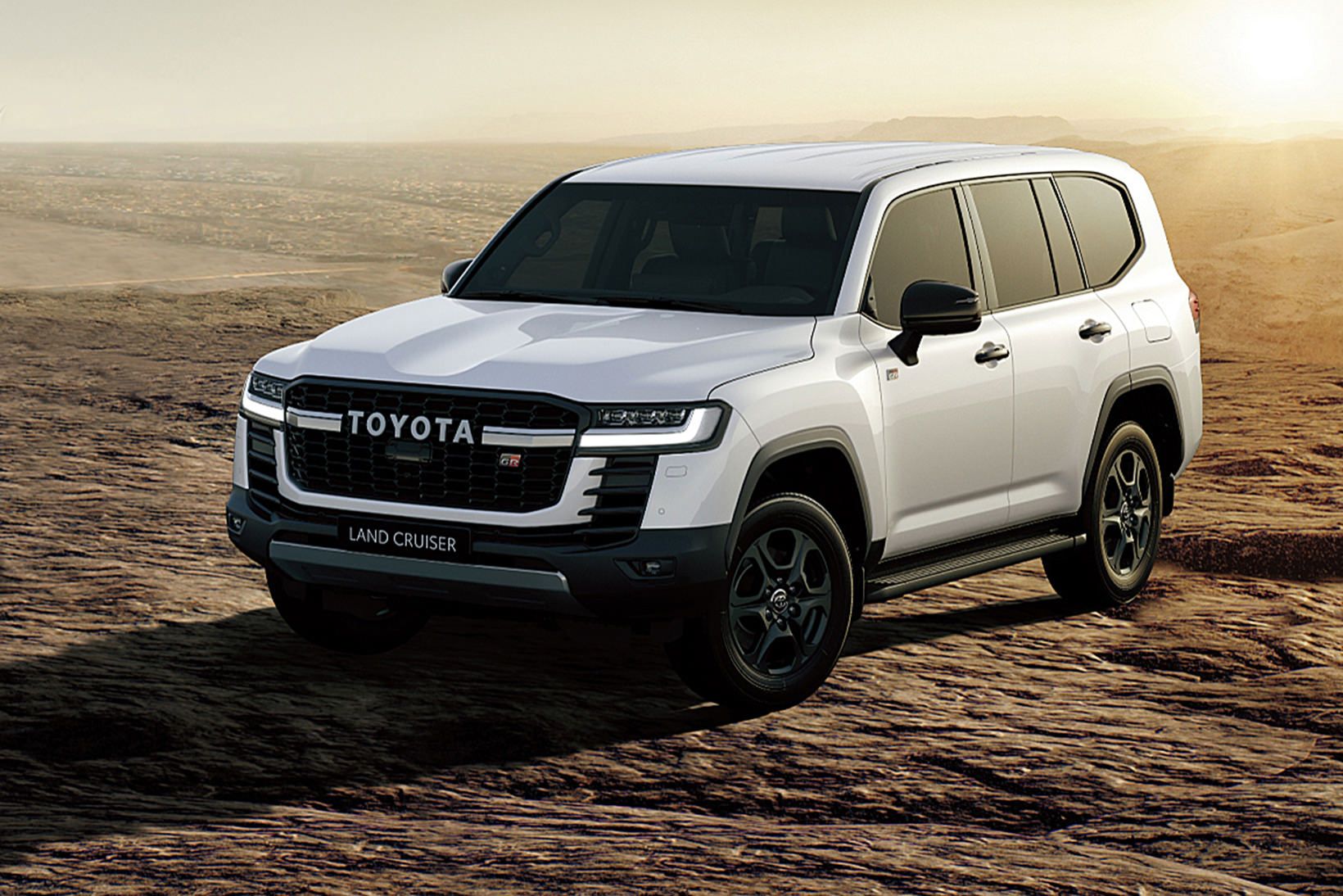 The GR Sport is the off-road hero of the range and it has the uniform to prove it.

Above the Sahara now lays the $137,790 GR Sport which has been designed form the get go to be the off-road hero of the range, sporting a completely different look to the other models, headlined by its black body features comprising the mesh grille, 18-inch alloys, black wheel arches, front bumper, side steps, door handles, mirror casings and window lines.

Adorning the unique grille is ‘TOYOTA’ block capital badging – perfect for those who might be confused as to what they’re looking at.

Diehard LandCruiser and 4x4 fans will be buoyed to hear the GR Sport is able to back-up its rugged looks with plenty of rugged hardware under the skin like locking front and rear differential and electronic sway bar disconnect.

Throw the range-wide 235mm of ground clearance as well as the adaptive suspension and the GR Sport looks set to go just about anywhere. 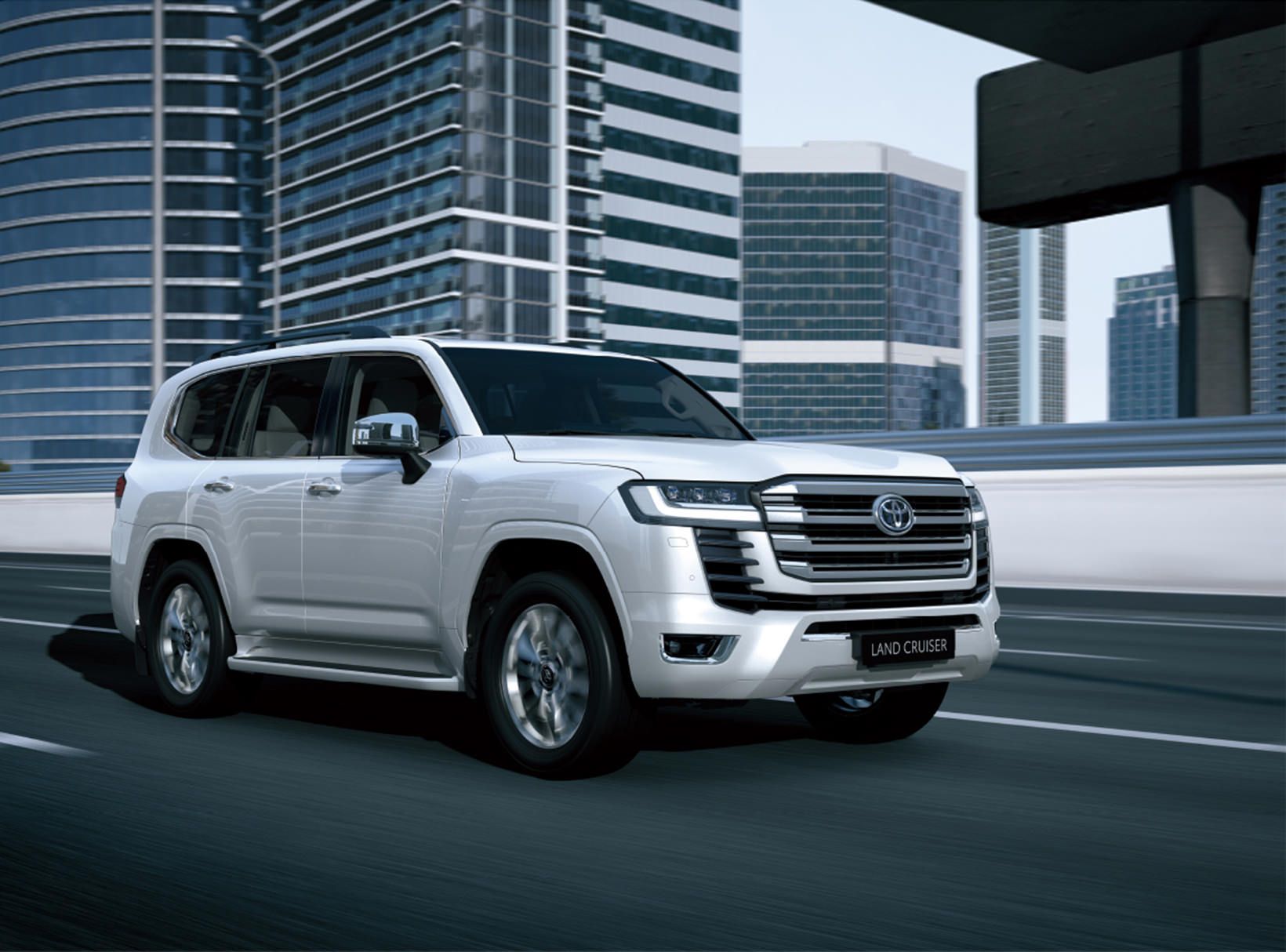 The Sahara ZX meanwhile is the luxury flagship.

If you’re chasing a flagship LandCruiser that doesn’t need to conquer the Rubicon trail or the Paris Dakar Rally, then the Sahara ZX may be the better way to go with its more bulbous front end, 20-inch wheels, lower profile tyres and more prestigious interior.

Compared to the aggro black, red and carbon fittings of the GR Sport, Sahara ZX buyers will be greeted by their choice of black, beige or red-and-black leather upholstery, all complemented by similar carbon-look trim on the steering wheel, centre console and doors.

Rather than one out-ranking the other, Toyota Australia is pitching the GR Sport and Sahara ZX as joint flagships with two different intentions.

“Our new GR Sport is the absolute expression of the LandCruiser DNA – the ultimate 4WD that is specially equipped for owners who truly love driving on rough trails and in off-road rallies,” Toyota Australia sales, marketing and franchise operations vice president Sean Hanley said. 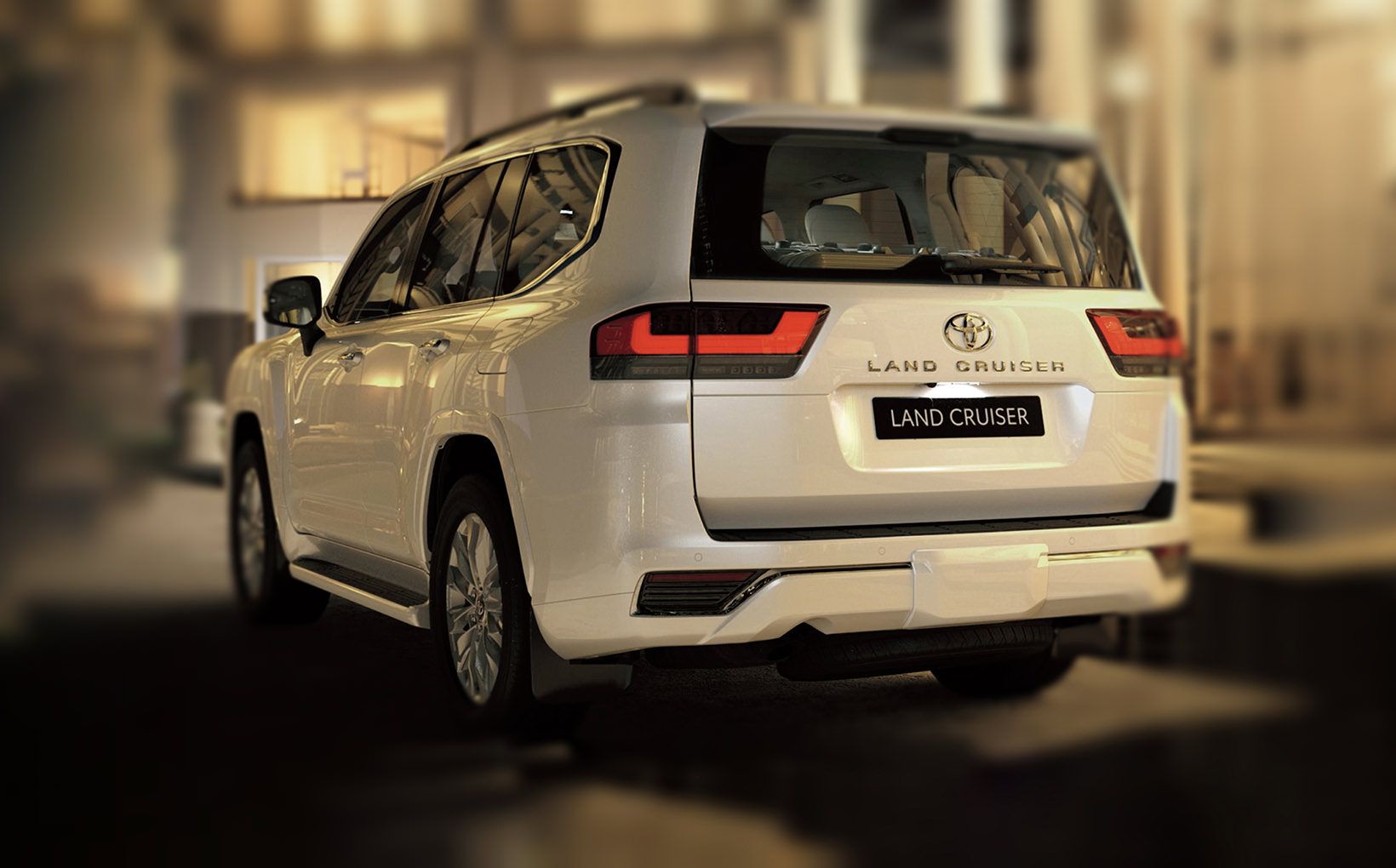 The Sahara ZX has the least capable angles of any model, but even Toyota says its primarily meant for on-road duties.

“The graceful styling of the Sahara ZX adds an even more prestigious and advanced high-quality image for customers who use their LandCruiser primarily for urban driving and holiday getaways with their families.”

Both versions also come with five driving modes and adaptive high beam, however the Sahara ZX justifies its slightly higher asking price through the inclusion of four heated and ventilated seats and a hands-free tailgate with kick sensor.