IT HAS taken an awful long time for Toyota to rejoin the compact performance scene after the Celica GT4 ST205 went out of production in 1999.

Sure, the seventh-gen Celica was available with a buzzy little 1.8-litre engine good for 140kW but it never got close to the heights of the previous GT4 which not only looked mad, but drove just as madly as well.

With 178kW on tap courtesy of a force-fed 2.0-litre four-cylinder and all-wheel-drive, the ST205 was a road-going rally car more than capable of scaring early WRX and Evo drivers. 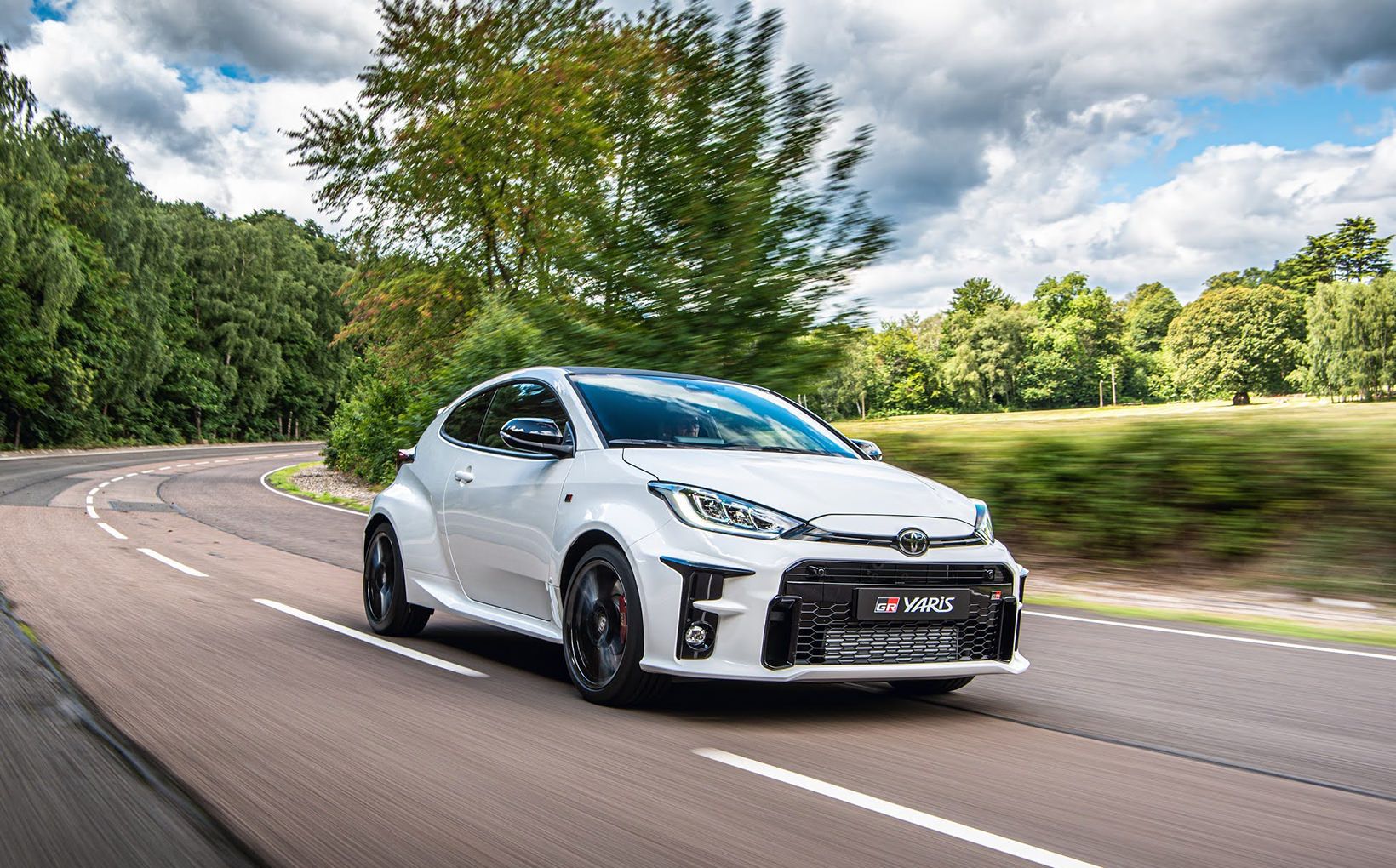 The GR Yaris marks Toyota’s return to the compact performance scene after more than 20 years with the Rallye version being the flagship.

The 77 examples that made it to Australian shores were badged and sold as the “GT-Four Group A Rallye” and now, 21 years on, the Rallye name is back… on a Yaris.

By now the you should be more than familiar with the GR Yaris and how formidable it is, but some may not be aware of the even more focused version, the GR Yaris Rallye. 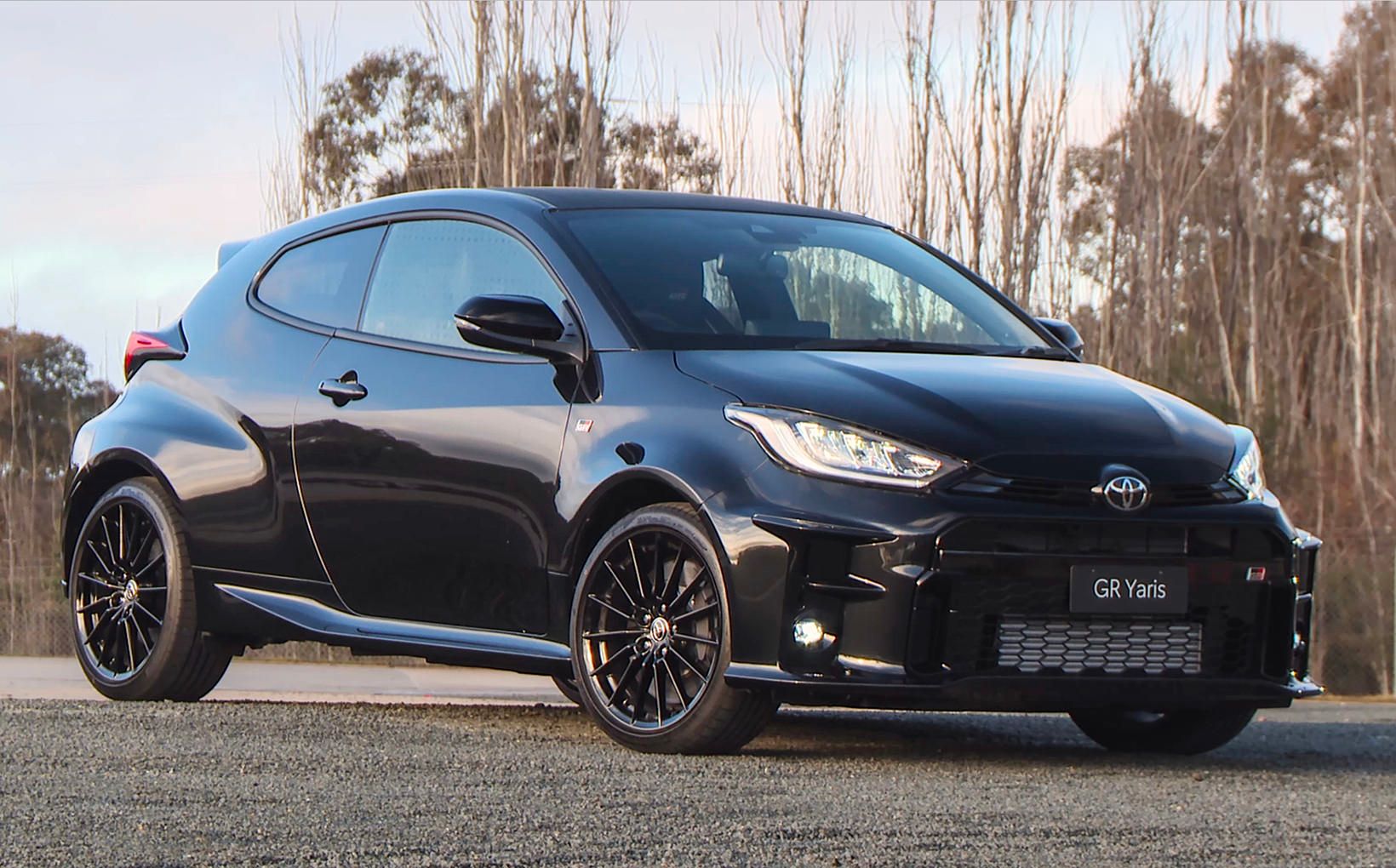 That places it among the elite of the hot hatch market including the Honda Civic Type R, Renault Megane RS Trophy and Volkswagen Golf R.

Under the bonnet of the Rallye resides the same turbocharged 1.6-litre three-cylinder petrol engine as in the regular GR Yaris good for 200kW of power and 370Nm of torque, which is less than its immediate hot hatch company but more than on the ball when you consider its 1280kg (standard GR Yaris) kerb weight. 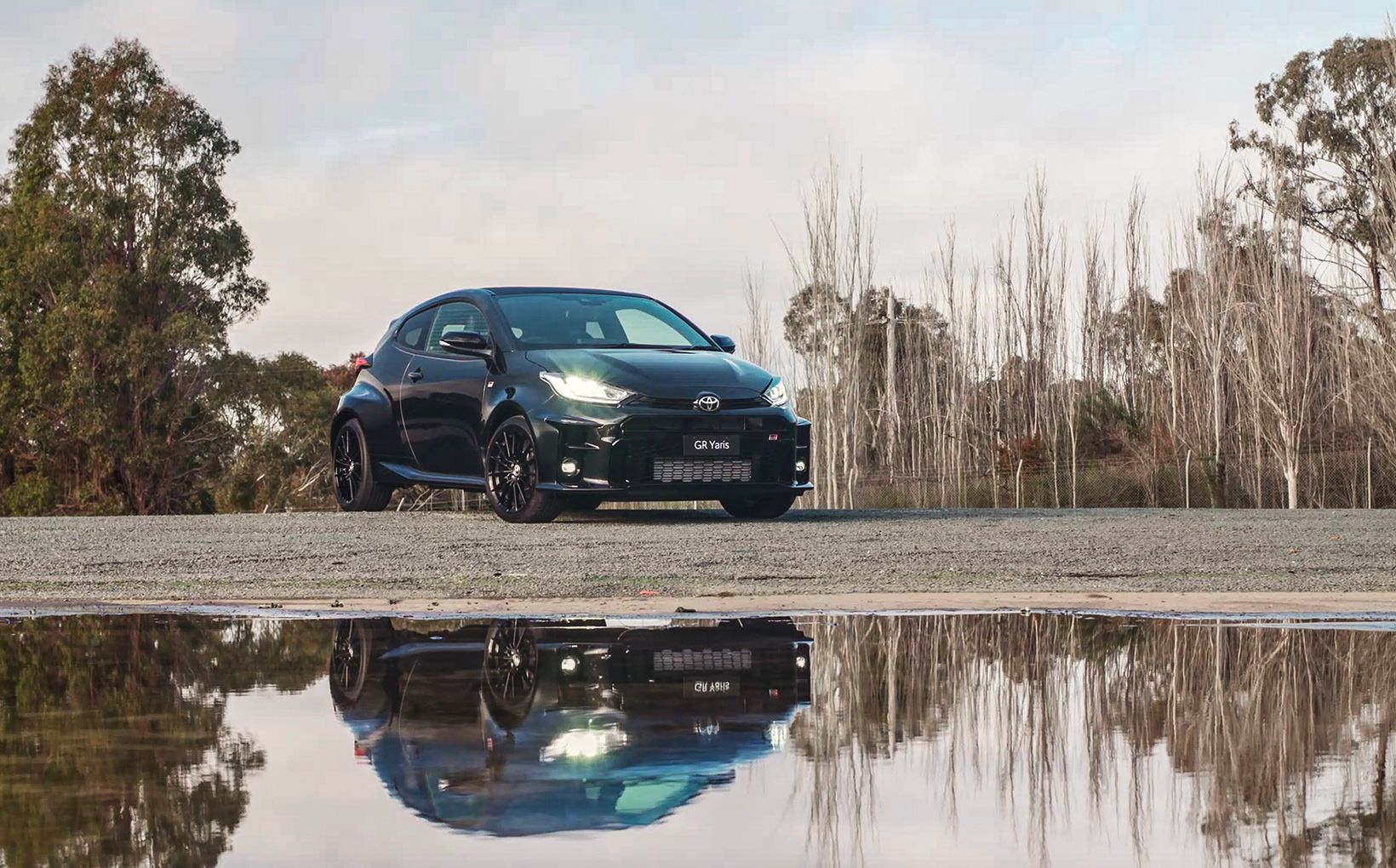 Small in size, but not in performance.

Power is channelled to the road exclusively via a six-speed manual transmission with rev matching, while the all-wheel-drive system provides ample traction, particularly with the pair of LSDs aiding handling.

Not only is this hi-po little pocket rocket all-wheel drive, the system is switchable between three different torque-split configurations all linked to the drive-modes on offer. 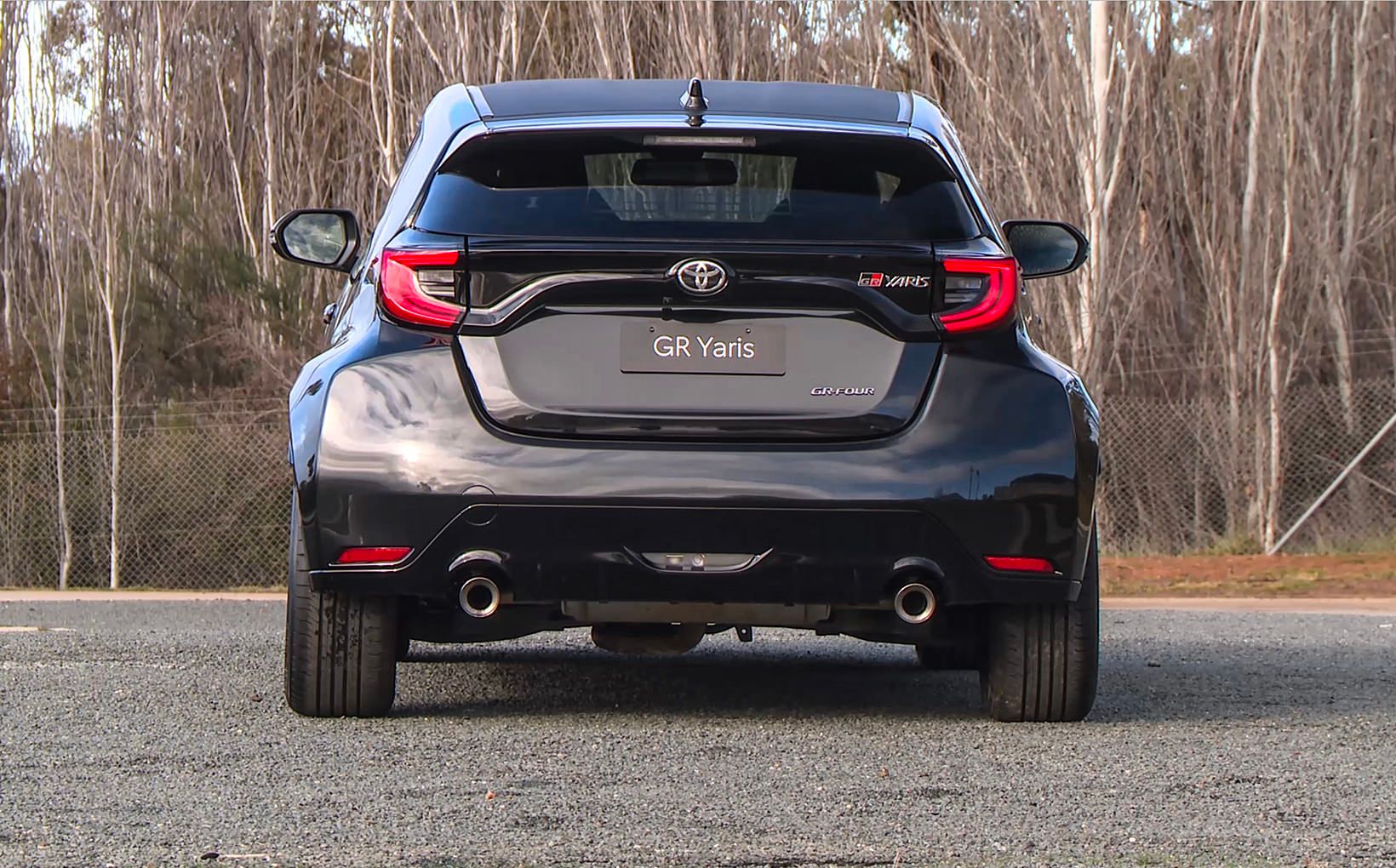 In ‘Normal’ everyday mode, 60 per cent of the power is sent to the front axle and 40 to the rear, Sport mode practically reverses that set-up (30:70) and Track mode evens everything up with a 50:50 split.

Back in the 90s when the ST205 GT4 emerged, it waded into battle against three of the most capable and iconic road-going rally cars ever to gone into production; the Subaru Impreza WRX, Mitsubishi Lancer Evolution and the Ford Escort RS Cosworth.

Despite its diminutive size initially earmarking it as a rival for the current Ford Fiesta ST and Volkswagen Polo GTI, Toyota has touted the GR Yaris and in particular the Rallye version as a rival for the established hot-hatch heavyweights mentioned above. 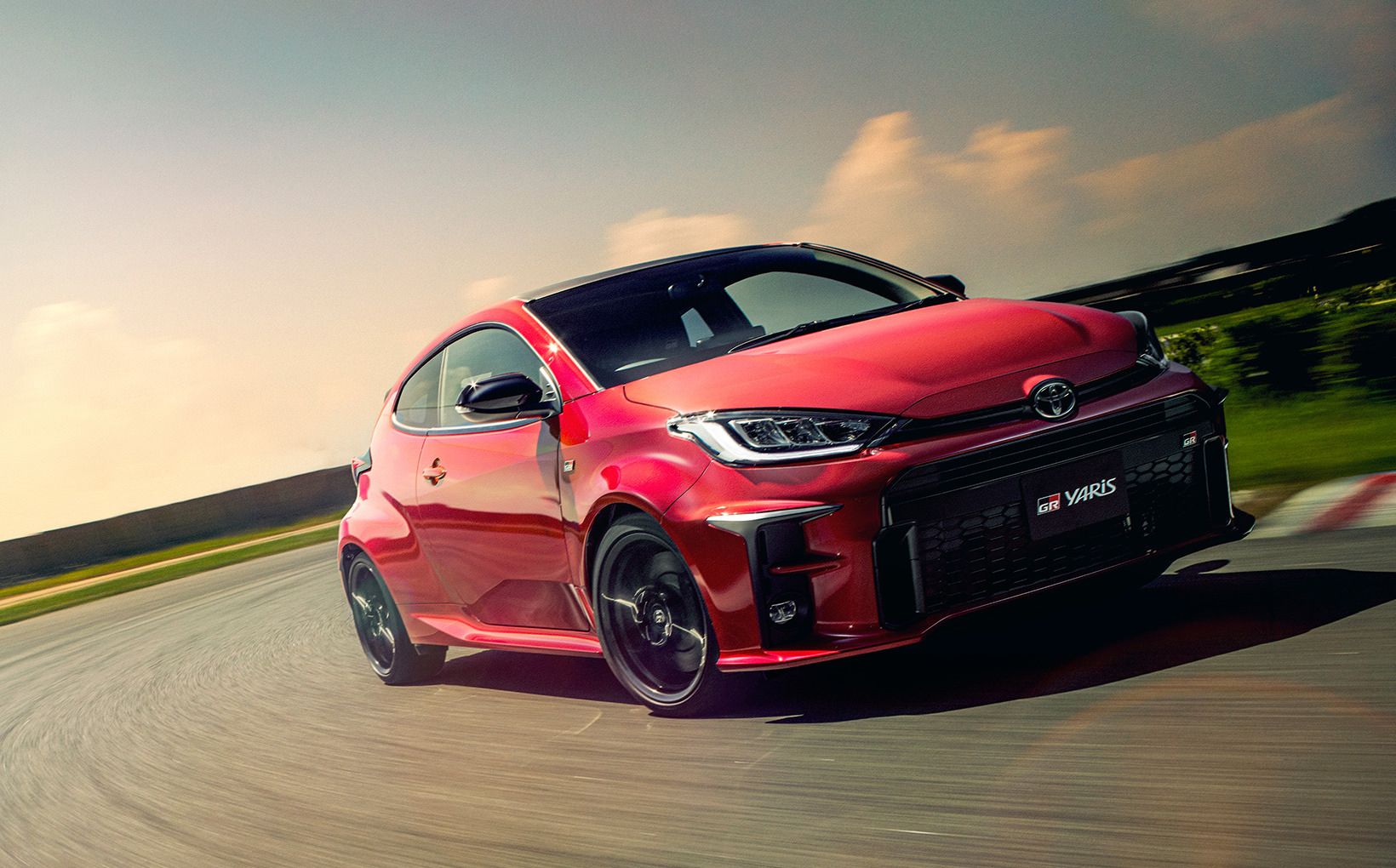 Toyota is hoping to claim some big scalps with its pint-sized performance car.

That 1280kg kerb weight is achieved by a range of lightweight features including a carbon-fibre roof (a first for Toyota), aluminium bonnet, door and tailgate panels while decent engine cooling and aerodynamics are ensured by a gaping lower bumper air intake and subtle roof spoiler.

To help generate maximum interest in the track-attack version, Toyota is once again offering a special driveaway deal on the GR Yaris Rallye – just like it did with the regular version – with the first 200 units (out of 250) able to be had for $56,200 including on-road costs. 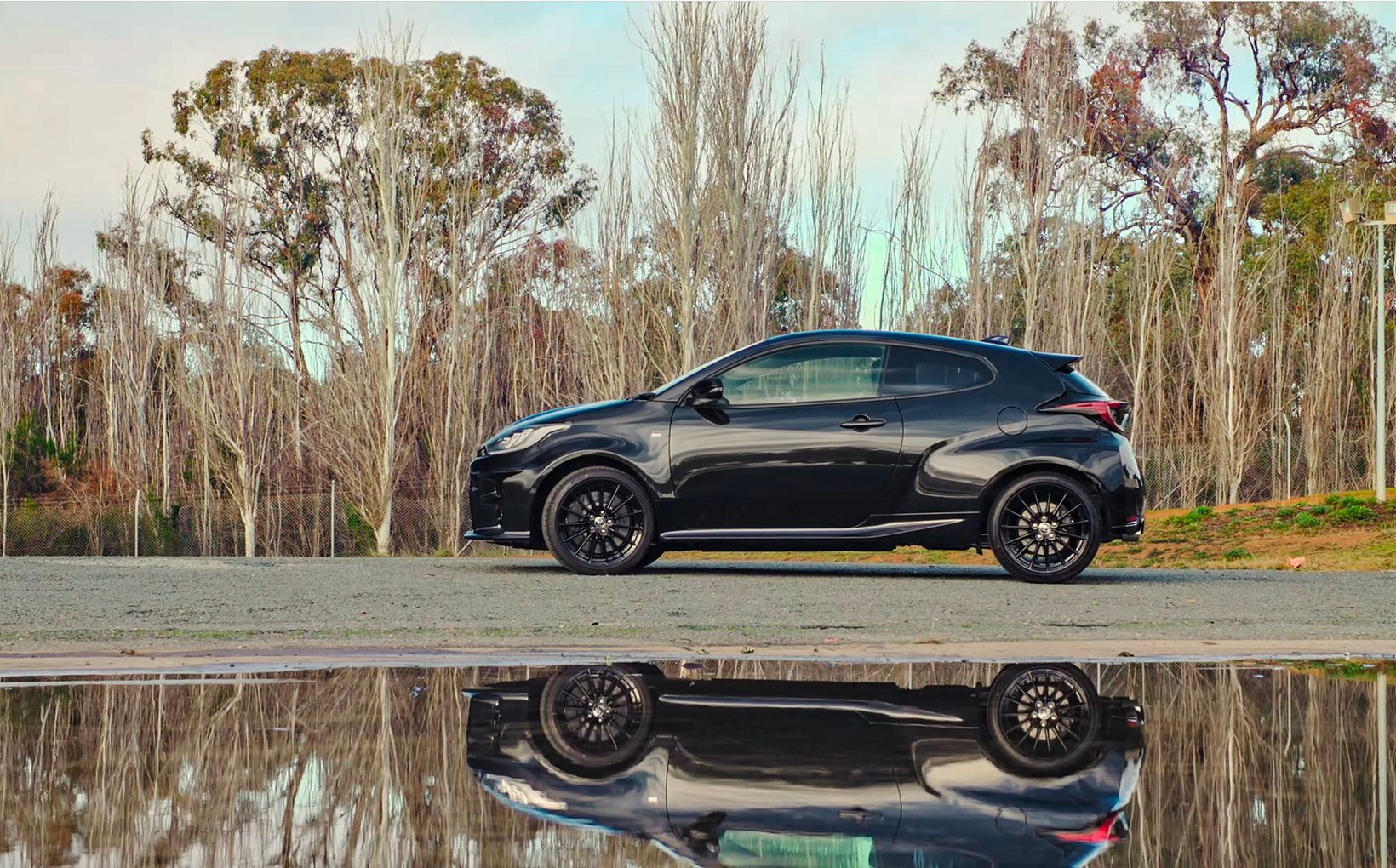 Toyota Australia vice-president of sales and marketing Sean Hanley said the strategy to promote early interest in the GR Yaris had worked well, hence why it was being applied to the Rallye version too.

“Now, just as we did with GR Yaris, we want to excite as many fans as possible by ensuring this special-edition Rallye model is genuinely attainable,” he said.

“We want to continue to ignite the performance-car market, broaden the awareness and appeal of our GR brand, and support our customers – many of whom are new to Toyota.” 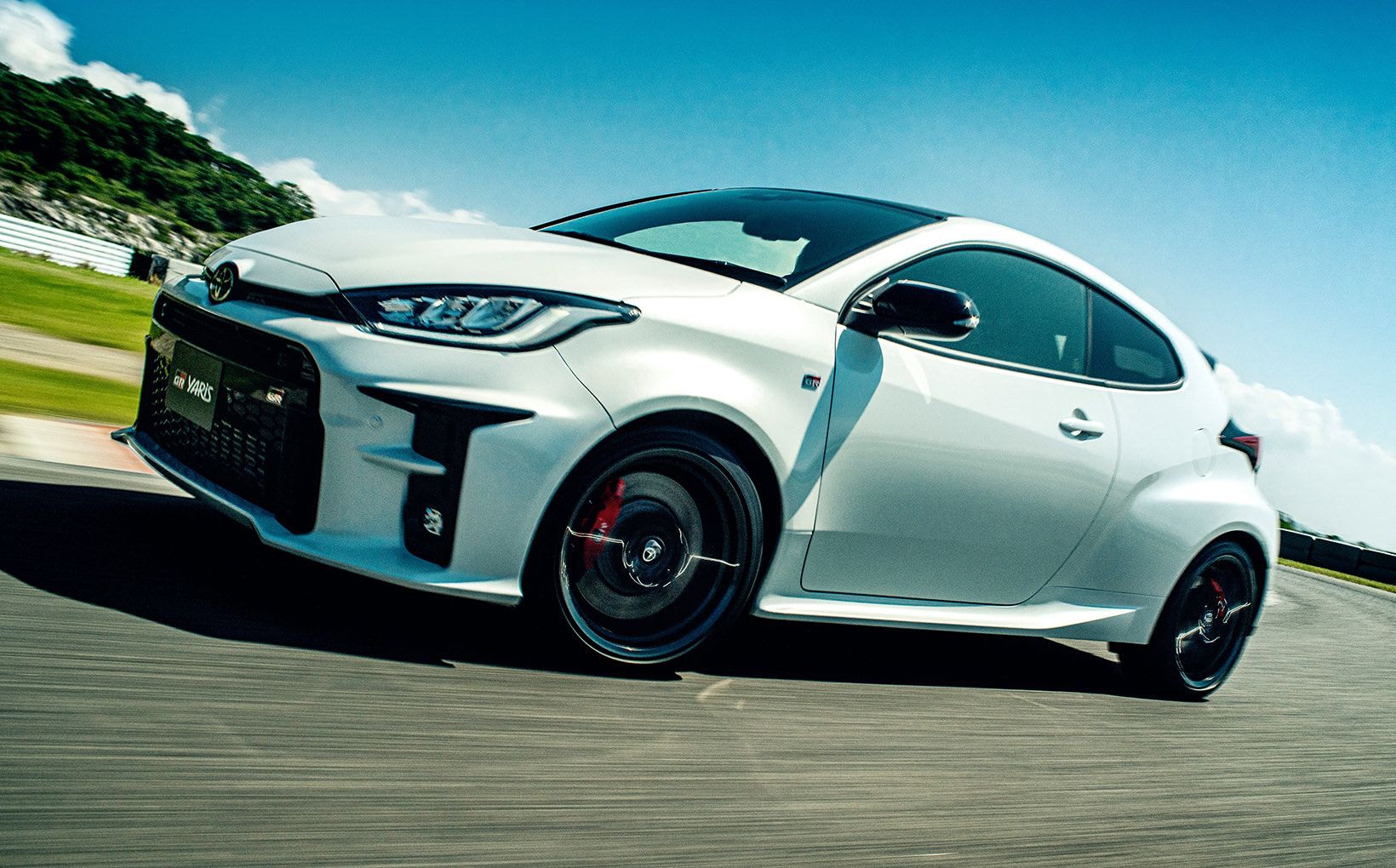 Toyota is already teasing a GR Corolla in the US… fingers crossed!

To ensure the Rallye loses none of the regular Yaris’ day-to-day usability, standard equipment will include automatic air-con, keyless entry and start, Apple CarPlay and Android Auto compatibility, an eight-speaker JBL sound system, sports seats with suede and leather accents and aluminium pedals.

With the normal GR Yaris already being a hoot to drive, only time will tell how much better or more capable the Rallye version is, which in itself raises the question – where to next for Toyota in the hot hatch market?

Protect your Toyota. Call Shannons Insurance on 13 46 46 to get a quote today.