Even the most hardcore of BMW M or Audi RS fans can’t deny the sheer brute force usually associated with an AMG product or the plentiful character which just seems to ooze from every panel gap.

In recent years, Mercedes-AMG has undergone a certain coming of age; it’s matured from making brutal but admittedly childish performance vehicles like the SLS or C63 Black (RIP) to making ballistically fast, supercar-rivalling sedans and sportscars. 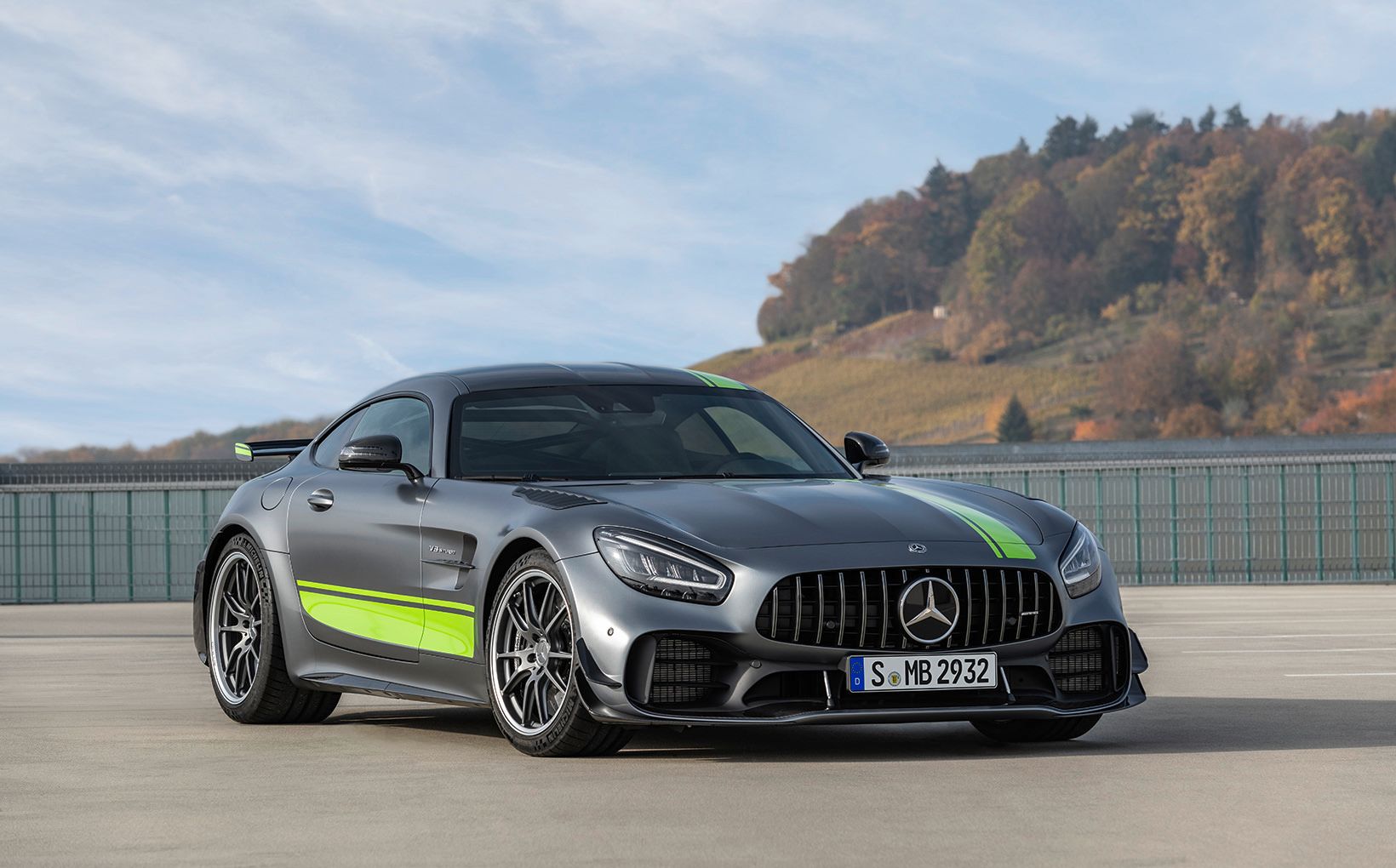 The GT R Pro makes no secret of its track-slaying nature.

Fear not though, there is still that signature AMG brashness and naughtiness in the way they drive, it’s just all a bit more grown up.

Take the current GT range for example – the spiritual successor to the SLS – a car Jeremy Clarkson described at heart as a “shouty, snarly, tail-happy, gull-winged lunatic”.

The GT range however is a more focused sportscar designed to take the fight to the Porsche 911, and Australia has just been given the green light to receive the most focused version of them all – the R Pro – the most focused and track-ready AMG to date. 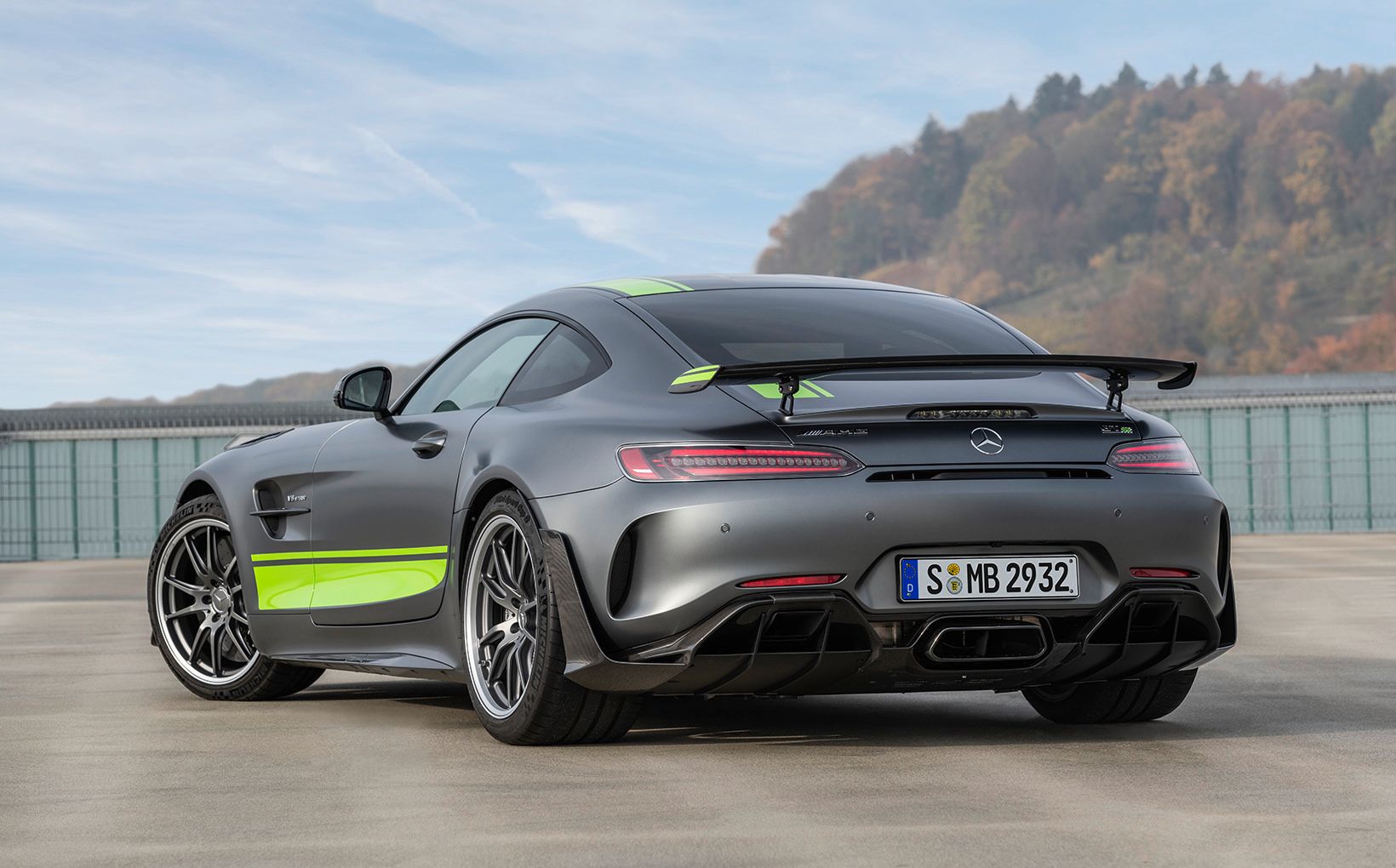 Almost every detail has been beefed up, enhanced, lightened or all three.

Under the bonnet resides the same twin-turbocharged 4.0-litre V8 as the ‘normal’ GT R which, despite its track focus, still produces the same 430kW of power and 700Nm of torque.

When the standard GT R was launched back in 2017, it set a new lap record at the Nurburgring for rear-wheel-drive production cars… the new Pro version is six seconds faster.

Six seconds is a huge amount in the context of lap times, even more so considering there’s no extra firepower under the bonnet. 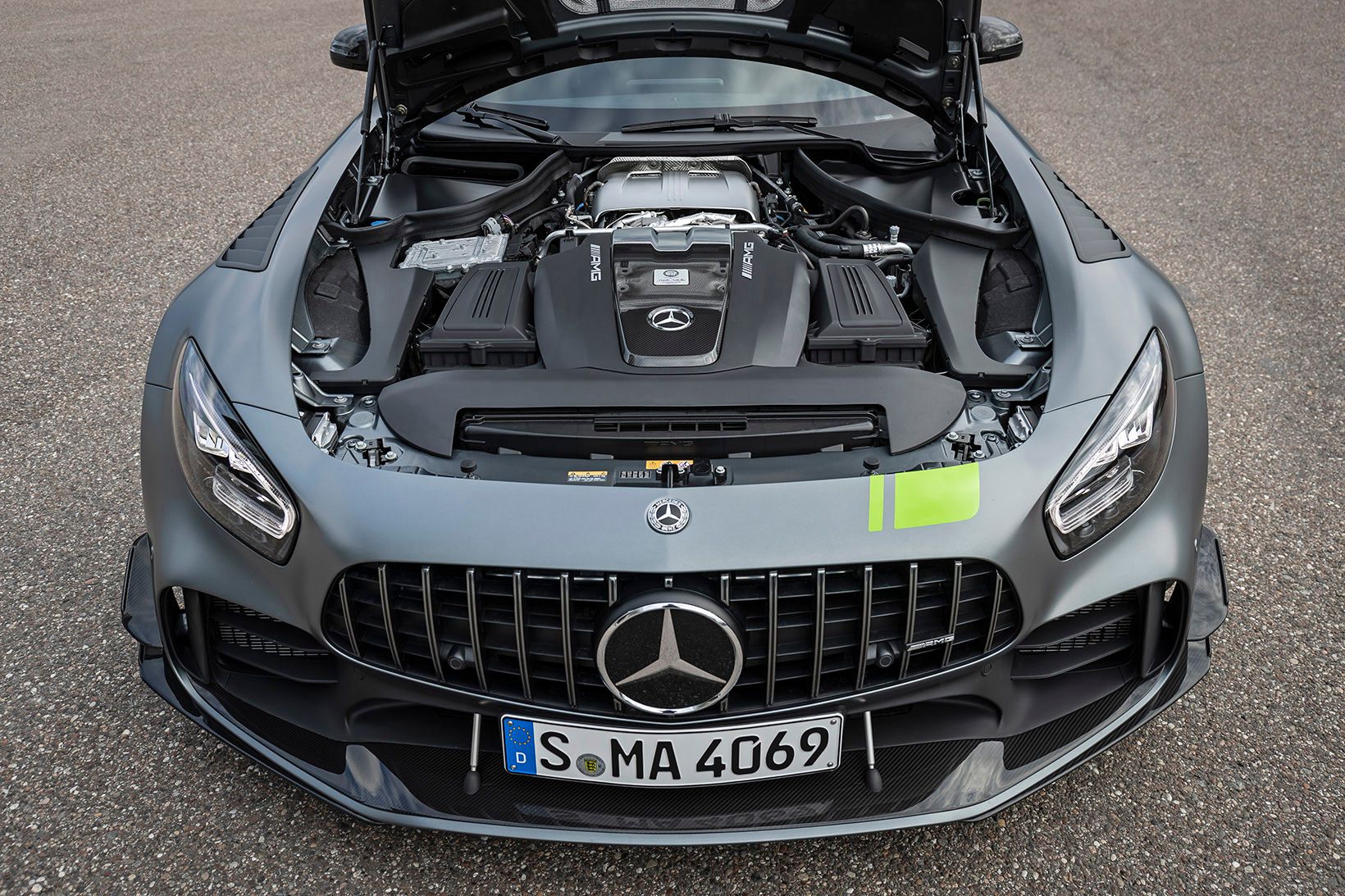 To achieve this, AMG’s engineers went to town on the aerodynamics and physical underpinnings of the GT R, making everything lighter and stiffer.

According to the clever devils themselves, one of the Pro’s biggest upgrades is its suspension setup, which now features fully adjustable spring pre-load length and fully adjustable compression and rebound settings for the dampers.

In an added bonus, all of these adjustments can be made without tools. 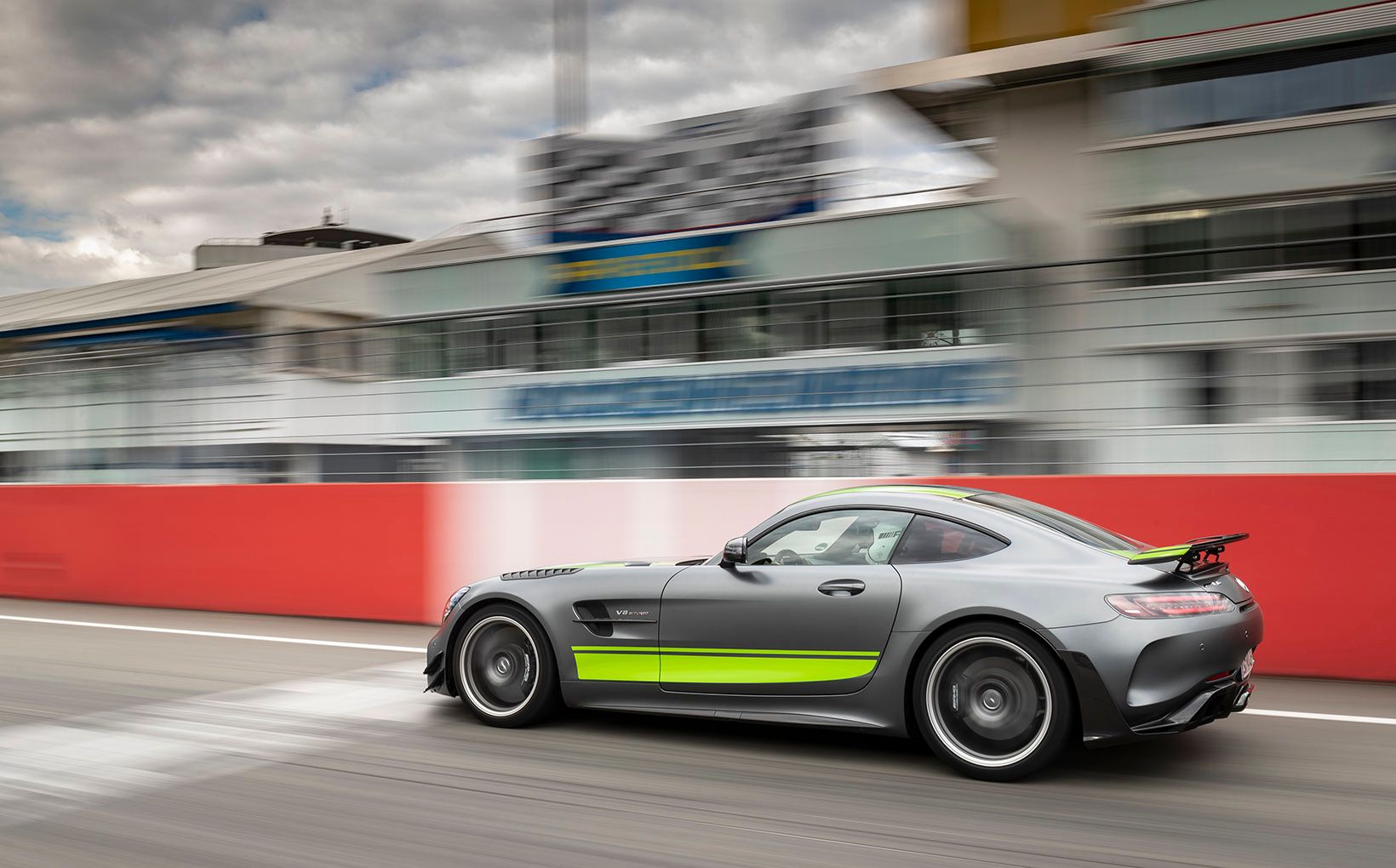 AMG recognises different tracks have different features, which is why the GT R Pro’s suspension is fully adjustable.

The carbon-fibre front and hollow-steel rear torsion bars are also adjustable, while a carbon-fibre ‘shear panel’ adds extra rigidity to the body, making it even stiffer.

While the engine itself has gone unchanged, the dynamic engine (and transmission) mounts have been retuned in the Pro to enhance driver feel while a steel rollcage and two rear braces add even more stiffness to the body shell.

With the mechanical wizardry taken care of, the engineers then turned their hands to tweaking the GT R’s aerodynamics, optimising and enlarging every existing lip and fin – naturally all made out of carbon-fibre – while extra aero elements have been added both front and rear. 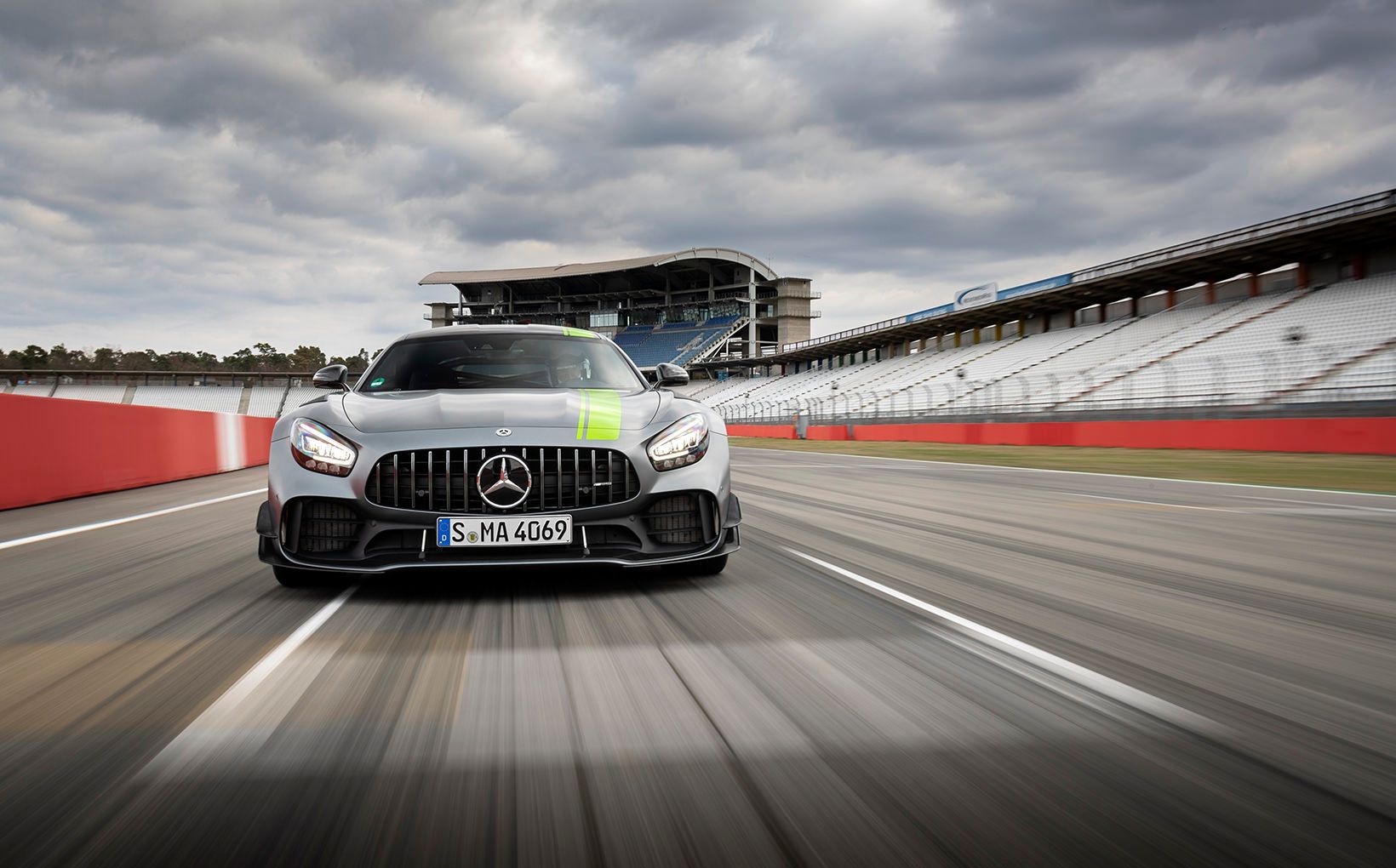 The GT R Pro is dripping with that signature AMG aggression.

Stiffness, power and grip are all very good in the world of performance, but none perhaps more so than weight.

As a result, the GT R Pro’s roof, front splitter, rear diffuser and wing, side mirrors, door trims, door sills, bucket seats and centre console trim are all made of carbon-fibre, while the 20-inch AMG Performance wheels have been forged from lightweight alloy, behind which lays lightweight, fade-resistant ceramic disc brakes.

While the nuts and bolts have been outlined in great details, the exact specification list is still shrouded in mystery, although AMG has been kind enough to reveal that Nappa leather and Dinamica upholstery, privacy glass for the rear windows, designo seatbelts in silver finish, retractable cargo area cover and an AMG indoor car cover will all be included. 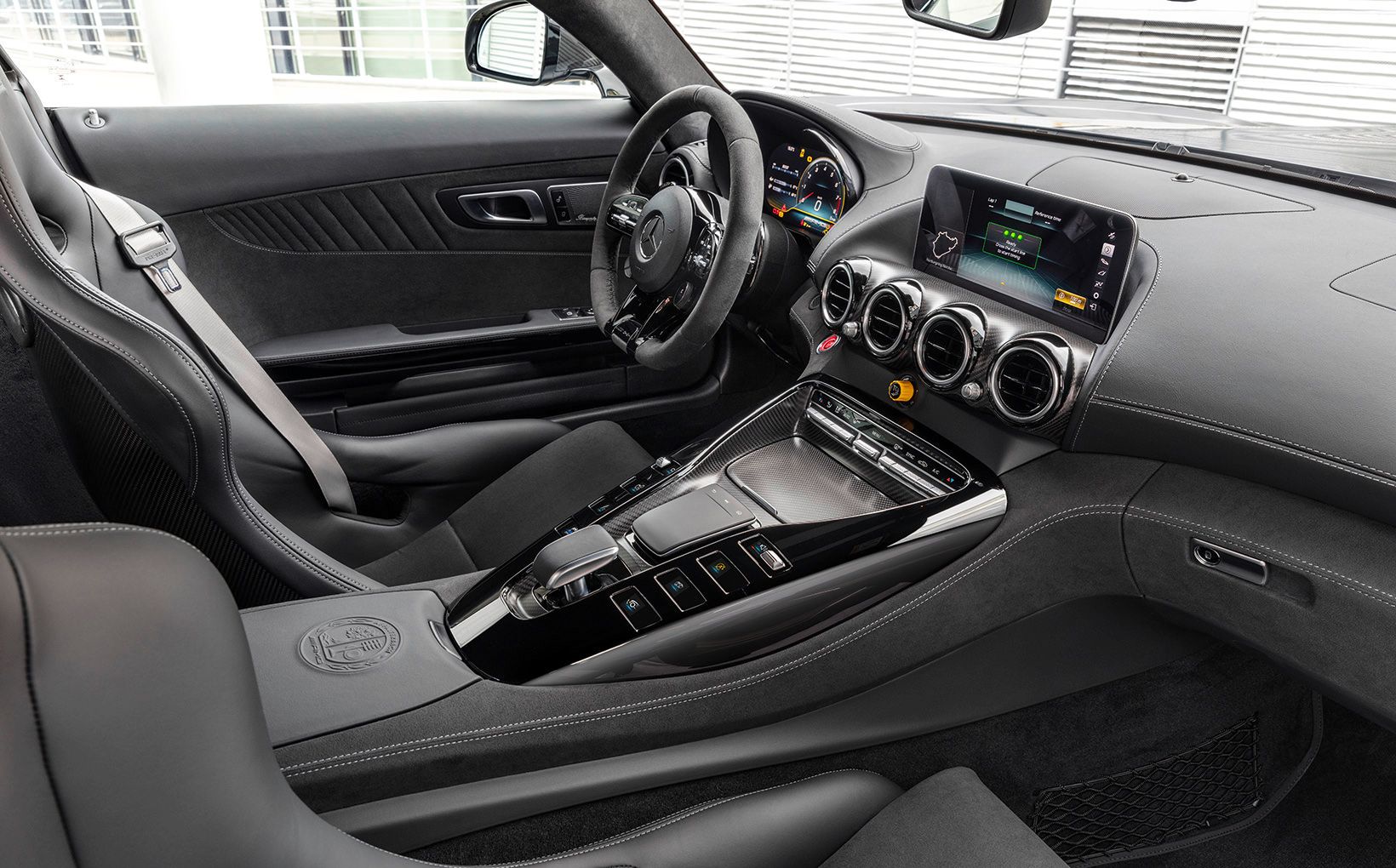 While track-focused, the GT R Pro isn’t exactly sparse inside.

For those left feeling weak at the knees at the mouth-watering proposition of owning a GT R Pro, there are a few key details you need to know.

Secondly, first deliveries are due here in September. 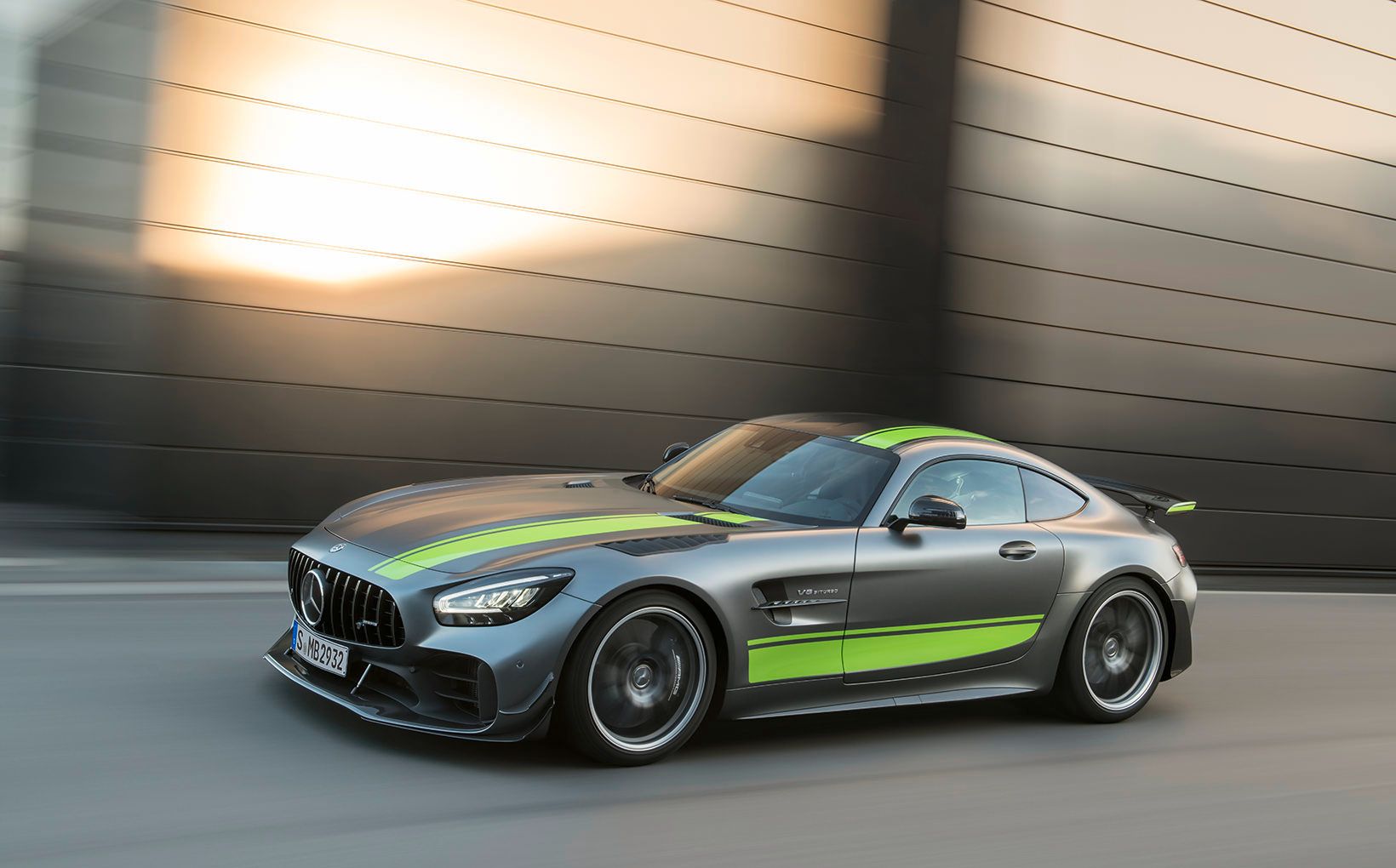 Mercedes-Benz Australia/Pacific CEO Horst von Sanden said he was pleased to have secured a limited quantity of the AMG GT R Pro “for our Australian customers who want to take the already impressive AMG GT R to the next level in performance.”

The GT proved AMG was capable of being mature, especially after the hilariously lairy SLS.

The GT R Pro is, so far at least, the most focused and capable version of the GT to date, and while it is more mature than the preceding SLS Black, it still has spades of that devilish AMG character.

Protect your Mercedes-AMG. Call Shannons Insurance on 13 46 46 to get a quote today.