Let’s get one thing straight here right from the gun, Mini Coopers have always been cool.

From the 1961 original right the way through to the supercharged and more recently turbocharged Cooper S’, they have always had this classic style about them with just a hint of attitude.

Most were and still are good fun to drive, too, but now the next chapter of the Mini Cooper legacy has arrived, priced from a hefty $59,900 driveaway… and it’s electric.

Based on the Cooper S hatchback, the Electric Cooper SE Hatch doesn’t stand miles apart from the rest of Mini’s local line-up like so many electric cars often do – it just looks like an electric Mini. 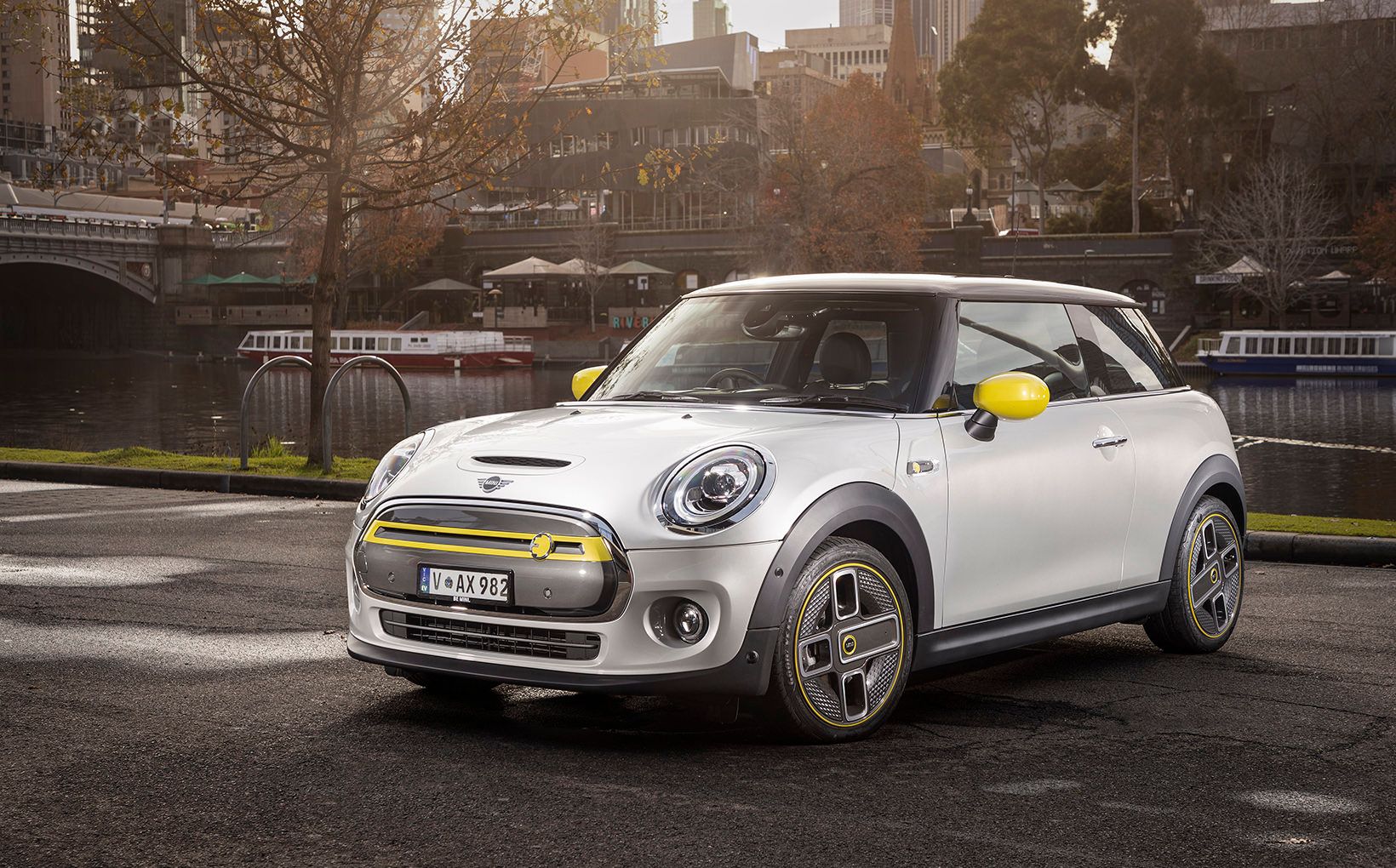 The Electric Cooper SE Hatch looks exactly like what you would imagine.

Specifically, the grille has been filled in in the name of aerodynamics while the alloy wheels brandish their own unique, aerodynamically optimised design.

“All of our allocation is now sold out for this year, so if you want one you have to wait until 2021 arrivals which has surprised us no matter what,” he said.

Producing 135kW of power and 270Nm of torque, the Electric Cooper SE Hatch relies on a 32.6kWh lithium-ion battery and electric motor for propulsion, with all of the drive sent to the front wheels in classic Mini style. 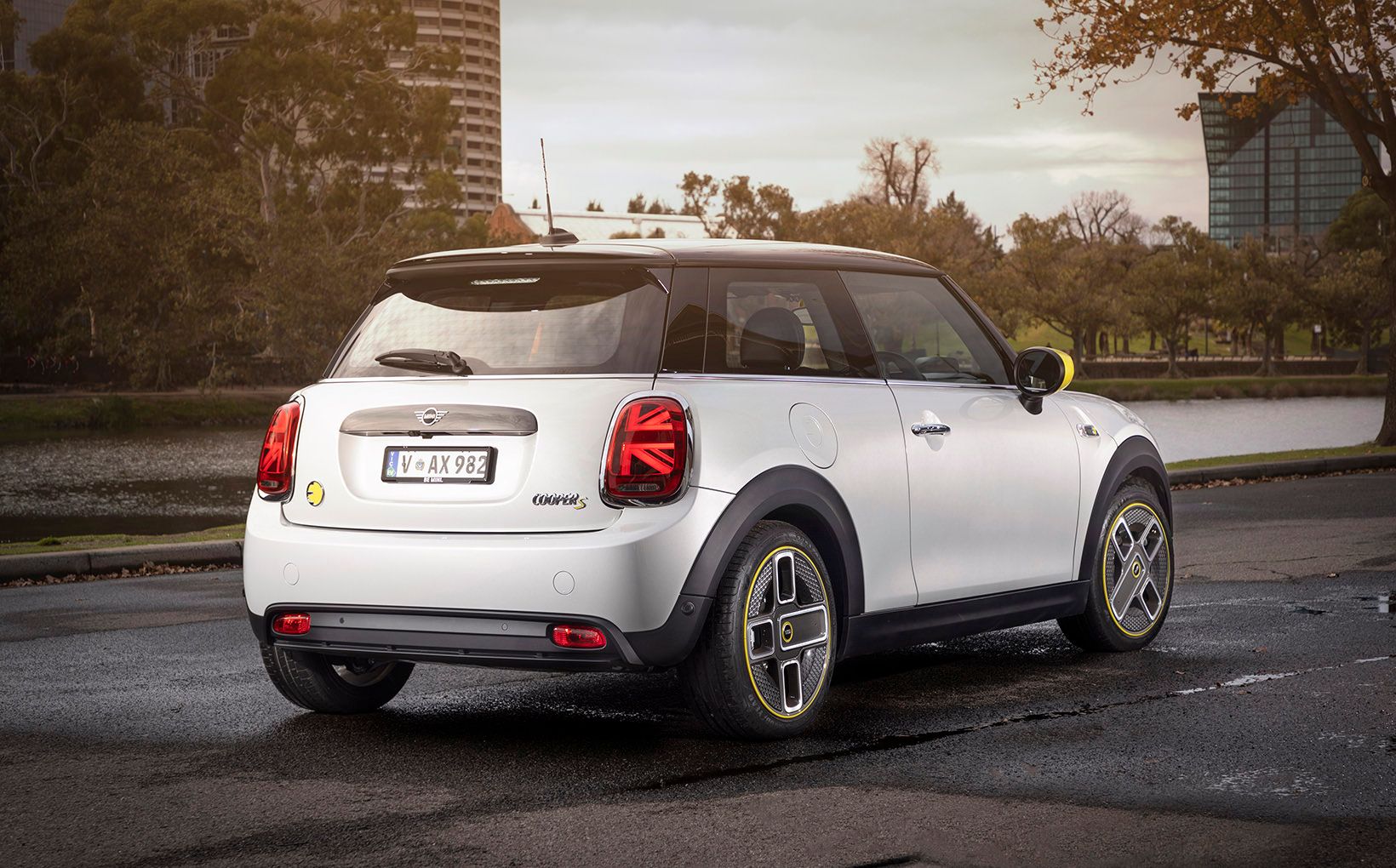 Based on the Cooper S, the Electric Cooper SE Hatch certainly has a sporty flavour.

While the 270Nm torque figure may be impressive for what has been deemed as a city car, the 233km claimed driving range is less impressive, especially given the capacity of its rivals – the Nissan Leaf can cover up to 400km between charges.

Nevertheless, Mini isn’t worried about the short range and reiterated the fact that the Electric Cooper is first and foremost a city car.

“We’ve recently developed this car and it’s developed for a purpose, and that’s really the inner-city people, and to be honest if you want a long-range electric car the Mini isn’t going to be for you,” Mr Waudby said.

Claimed performance however is right up there for an urban car, boasting a 0-100km/h dash of just 7.3 seconds, only half a second or so off its petrol-powered sibling and besting all of its key rivals, Leaf included. 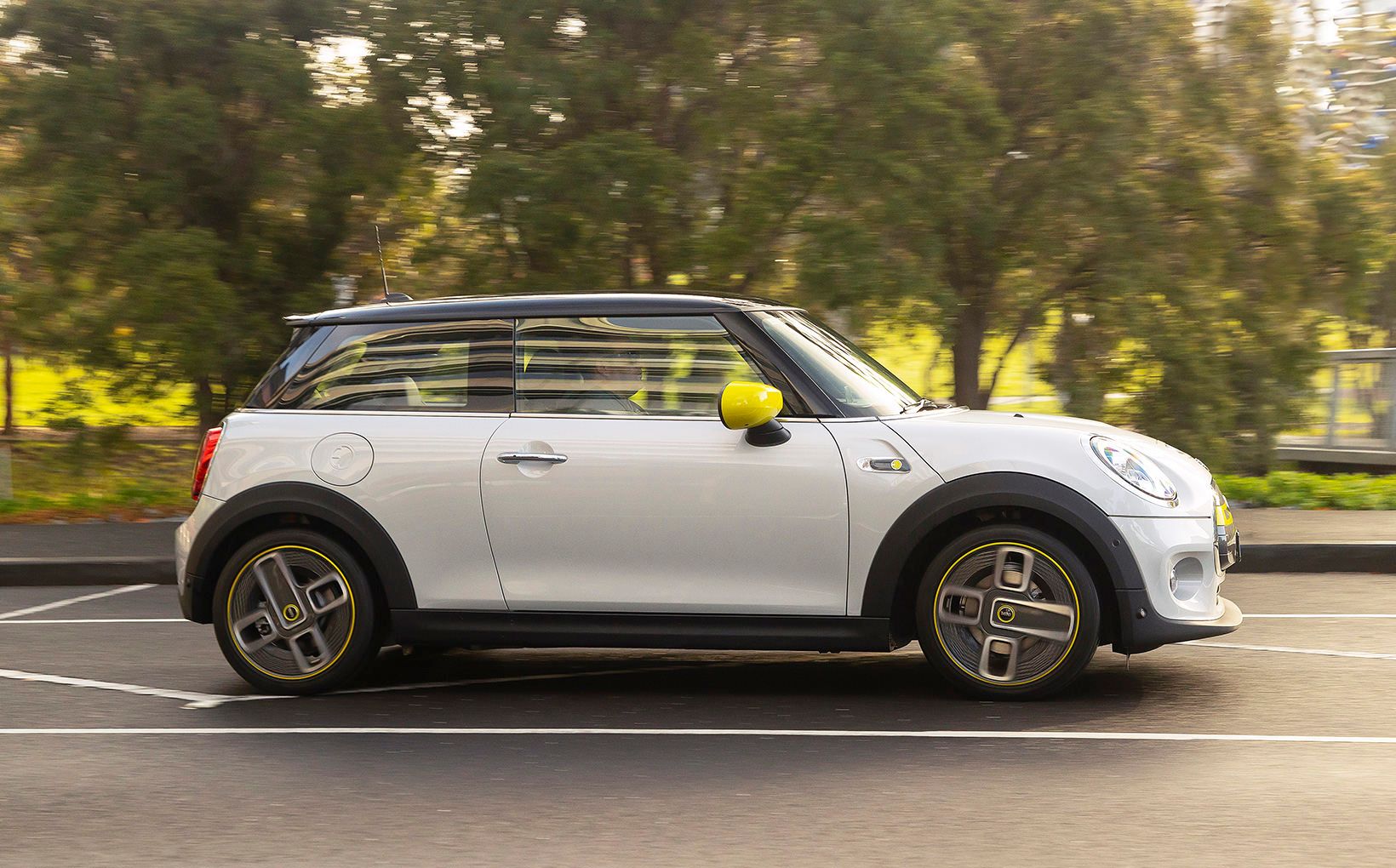 The Electric Cooper SE Hatch will out-drag basically all of its rivals from 0-100km/h.

Despite the electric version riding 18mm higher than the regular Cooper S, its centre of gravity is actually 30 per cent lower than the internal combustion engine version, however it does carry an extra 150kg (1215kg vs 1365kg).

Fittingly, it also rides on its own unique suspension tune.

To make the most of the battery power and tailor the driving experience to suit one’s needs, four drive modes are available – Sport, Mid, Green and Green+ – which can adjust potential range by limiting ancillary functions like seat heating and air-conditioning.

When the battery does inevitably go flat, recharging from complete depletion to 80 per cent takes 35 minutes when using a 50kW fast-charger, and 3.5 hours when using an 11W socket. 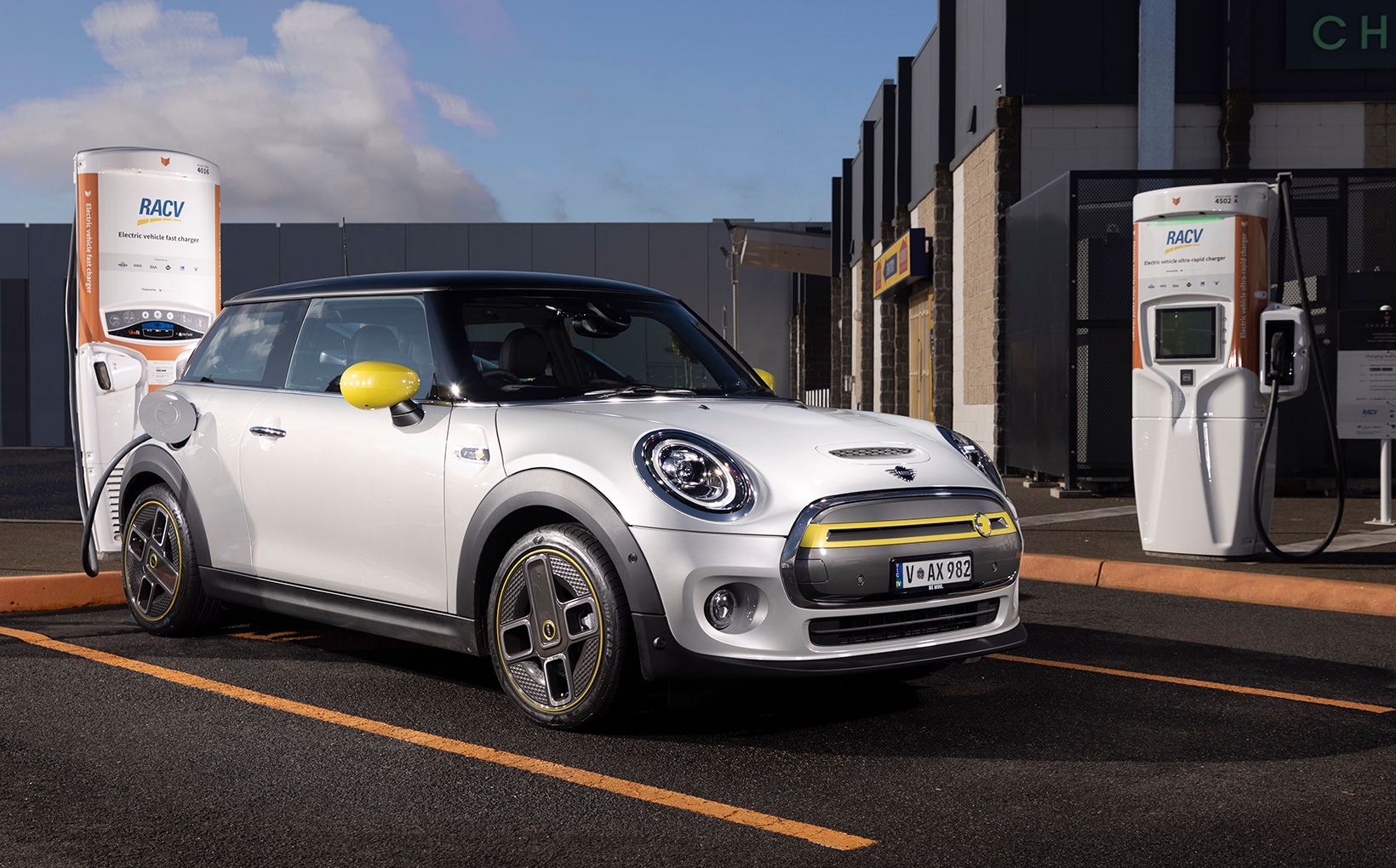 Charging from flat to 80 per cent takes just 35 minutes.

The battery itself resides under the rear seats meaning that combined with the front-wheel-drive powertrain, boot space remains the same at 211 litres and is able to be expanded to 731L with the rear seats folded down.

For those of you still wondering what the Launch Edition means, it is basically Mini offering up the best reasonable package it can manage straight off the bat in terms of standard kit and technology.

While the Cooper SE Hatch is Mini’s first dedicated EV, it is not Mini’s foray into the world of electrification – that title belongs to the bigger and similarly priced Countryman S E PHEV SUV ($57,200). 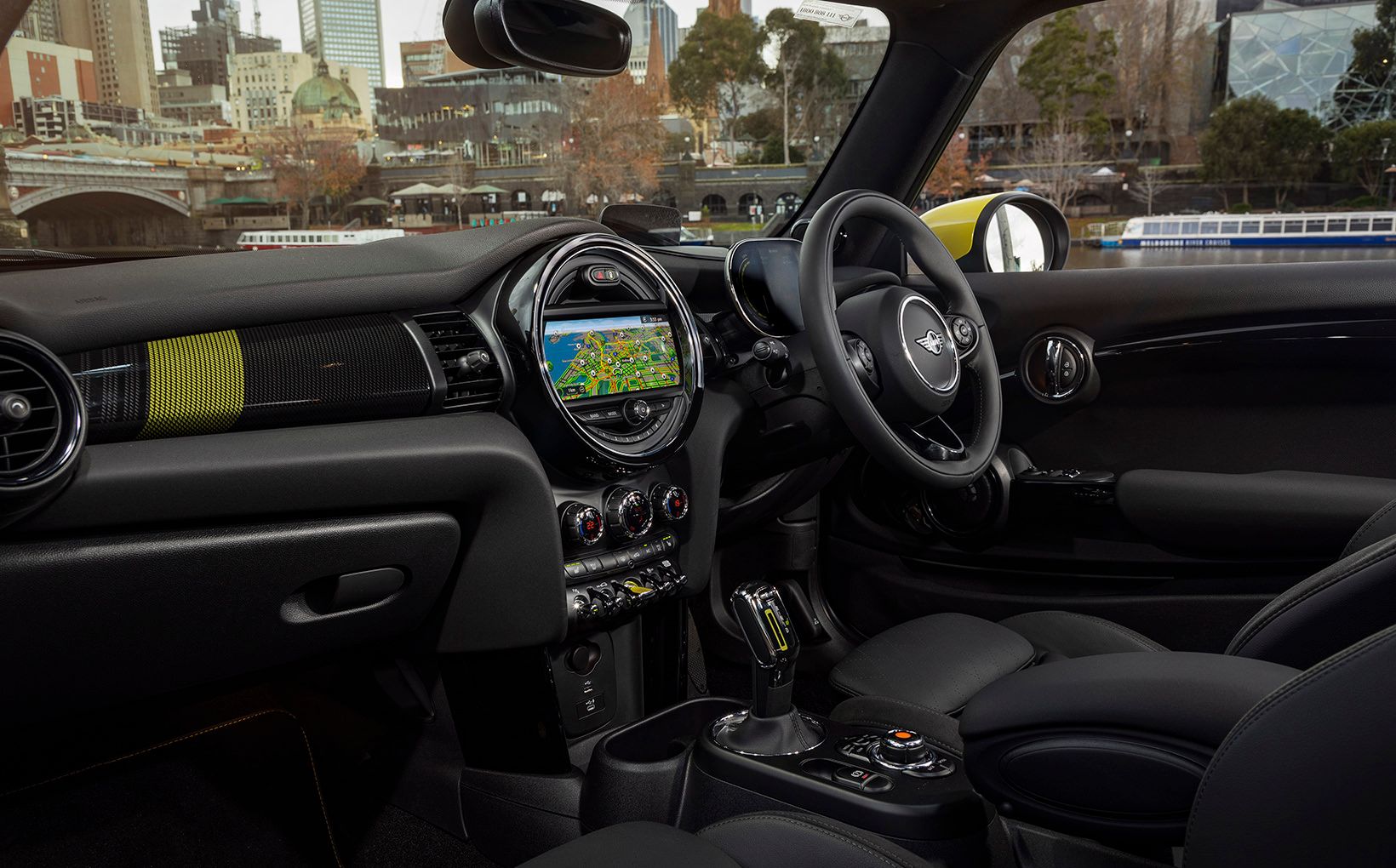 That car is motivated by a 100kW/220Nm turbocharged 1.5-litre three-cylinder petrol engine and a 65kW/165Nm electric motor which combine to develop 165kW of power and 385Nm of torque while using as little as 1.9 litres per 100km on the combined cycle.

The biggest discrepancy between the two save for the obvious powertrain and size differences is the Countryman’s all-wheel-drive system which sends power from the internal combustion engine to the front wheels and electric power to the rear.

While the initial allocation has already been spoken for, Mr Waudby said Mini Australia would be lobbying hard to try and secure more examples of the Electric Cooper SE Hatch.

“We pre-ordered 100 of these vehicles and we went online, it was one of the first vehicles we went online allocation with, and we sold about 70 to 80 per cent within the week,” he said. 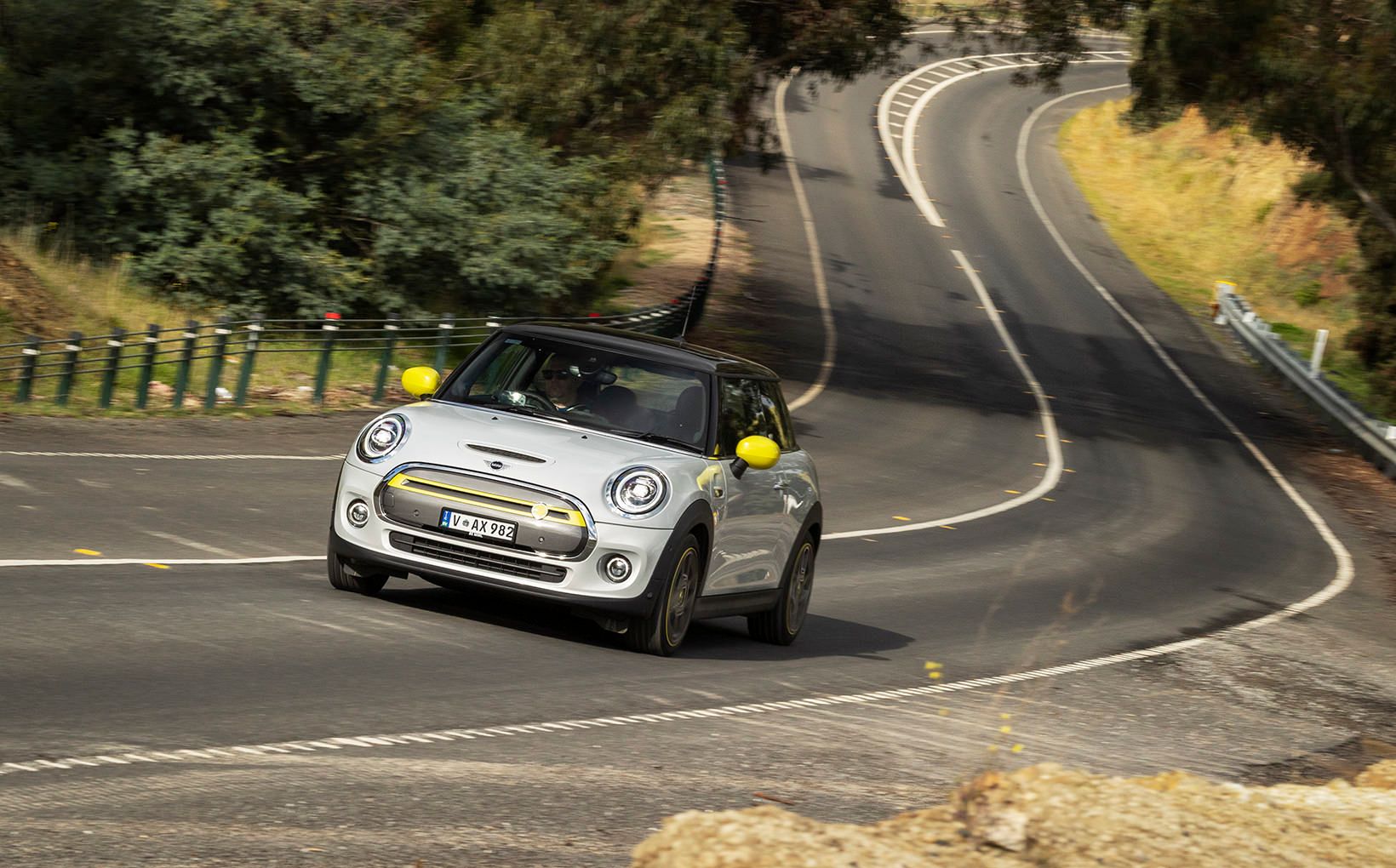 The Electric Cooper SE Hatch comes from a long history of success and it looks set to continue that trend.

“Obviously, we’ve been trying to get more into the country, and if we can, we will, but given the current situation (with COVID-19) it’s definitely going to be a 2021 delivery for all new orders.”

Back in the 1950s and 60s, the original Mini and Mini Cooper were quick to become cult classics, and it looks like the new electric version is well set to carry on that mantra well into the future.

Protect your Mini. Call Shannons Insurance on 13 46 46 to get a quote today.

When less is sometimes more satisfying..!