It’s certainly no secret that pick-ups rule the roost in Australia, with dual-cab 4x4s dominating the local sales charts for at least the last half decade.

Diesel-powered mid-size utes such as the Toyota HiLux, Ford Ranger, Mitsubishi Triton, Nissan Navara and Isuzu D-Max have all found success in the local market, bringing in lucrative sales volume to their respective brands on the back of Australia’s seemingly bottomless appetite for utes.

However other brands have seen an opportunity to expand the appeal of the ute market, with bigger and burlier offerings that take the capabilities and outputs of the pick-up truck to new levels. 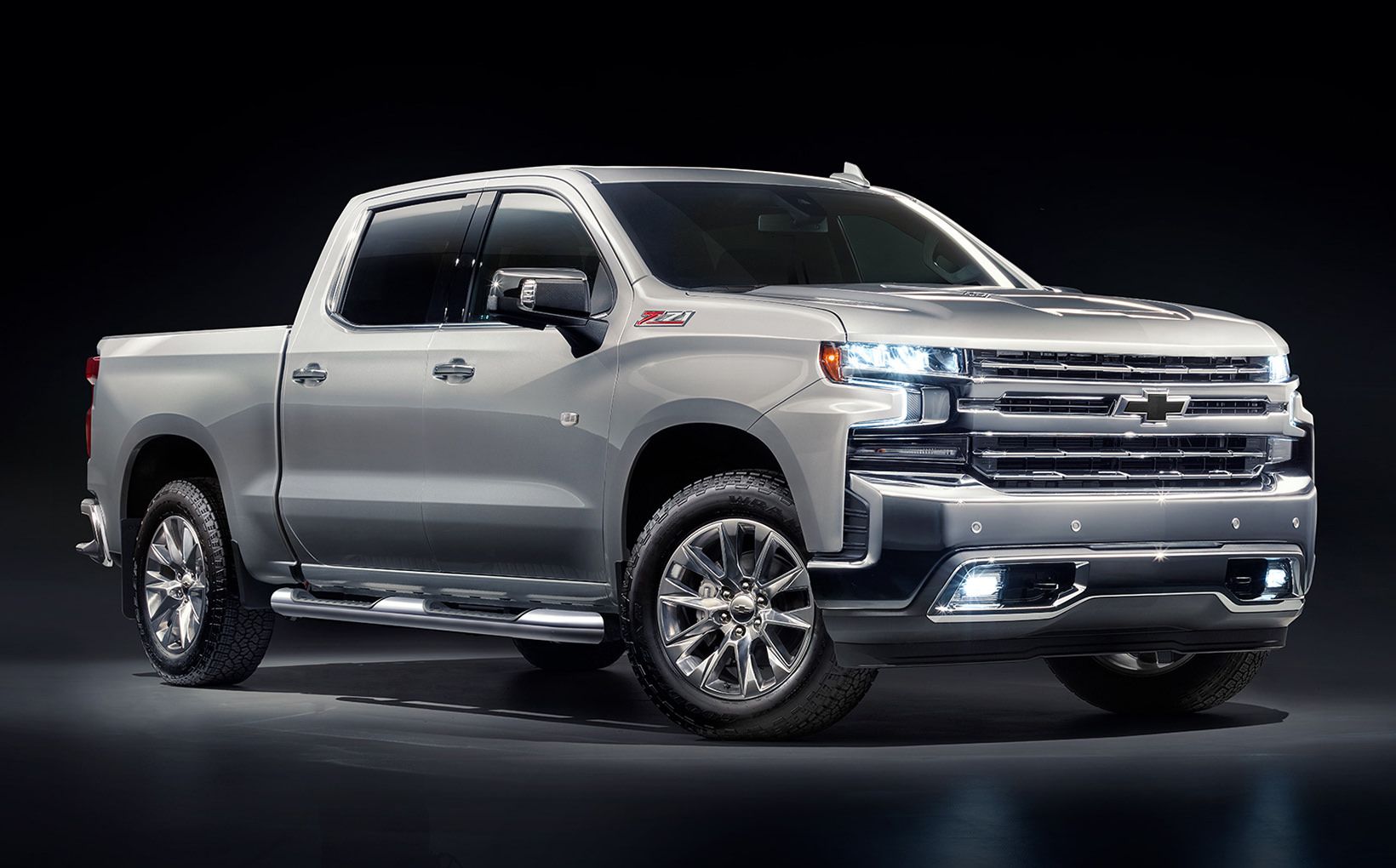 While the mid-size ute is king in Australia, stateside the full-size truck rules the roost, a trend manufacturers like Ram and Chevrolet are looking to exploit in Australia.

While Ram has had its petrol-powered 1500 in market since mid-2018, Chevy has just joined the party with its right-hand-drive-converted Silverado 1500, joining the one-size-larger 2500 and 3500 in the local Chevrolet line-up.

Converted to right-hand drive in Melbourne by HSV, the new Silverado 1500 will be offered in a single, highly specified variant dubbed the LTZ Premium Edition, which will set buyers back $113,990 plus on-road costs. 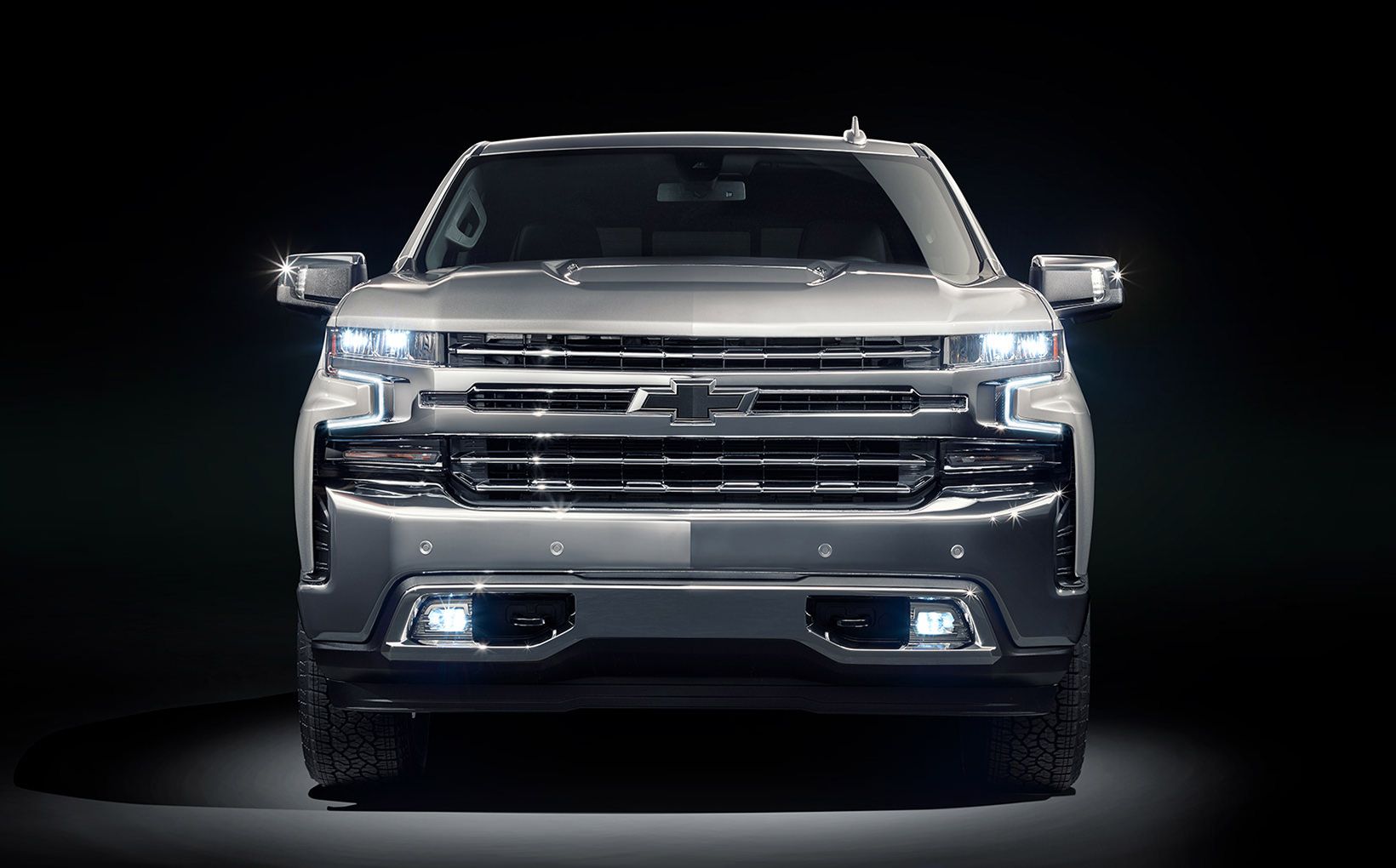 A step up from the likes of the HiLux and Ranger, the Silverado 1500 cuts an imposing on-road figure.

Its pricing makes it a more expensive alternative to the Ram 1500, which asks $99,950 plus on-roads for the most expensive petrol grade, while the single turbo-diesel offering tops the range at $109,950.

The one easily distinguishable difference between the Silverado 1500 and other utes like the HiLux is its size, with the big Yank checking in at 5885mm long and 2063mm wide with a 2588kg kerb weight and 712kg payload.

Towing capacity is also boosted over the mid-sizers, with 4500kg on offer with a braked trailer as opposed to 3500kg on other utes. 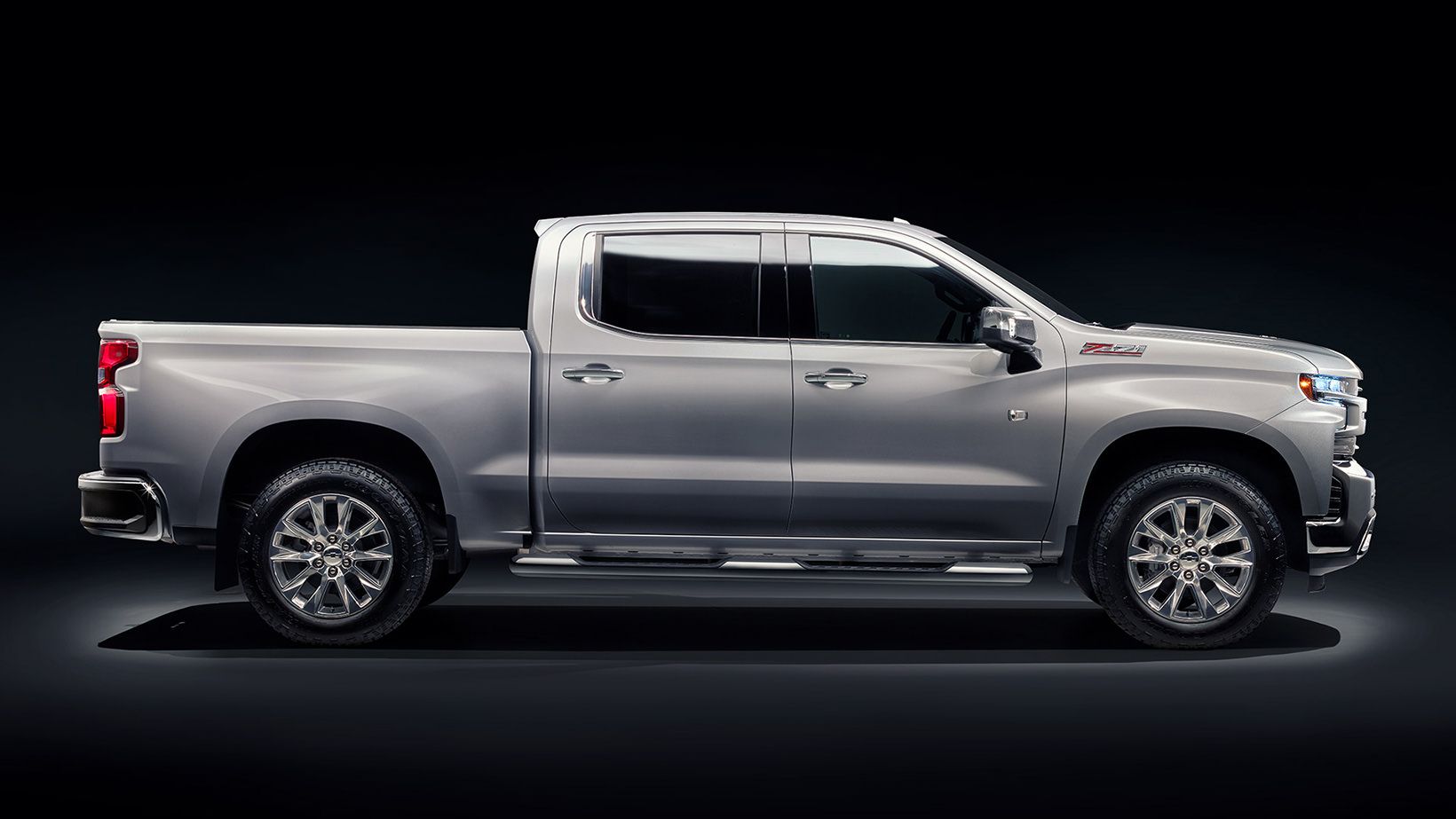 Measuring 5885mm long with a kerb weight of 2588kg, the 1500 will surely be the most imposing ute on the worksite.

The other distinguishing headline act of the 1500 Silverado is its engine, an all-American 6.2-litre V8 developing a healthy 313kW of power and 624Nm of torque, driving all four wheels via a 10-speed automatic transmission.

Besting the 291kW/556Nm outputs of the Ram 1500, the Silverado is offered with four different driving modes – Touring for everyday driving, Sport for increased throttle response, Off-road for low-traction situations and Tow/Haul for lugging heavy weights around, with HSV also offering a tow pack for the latter. 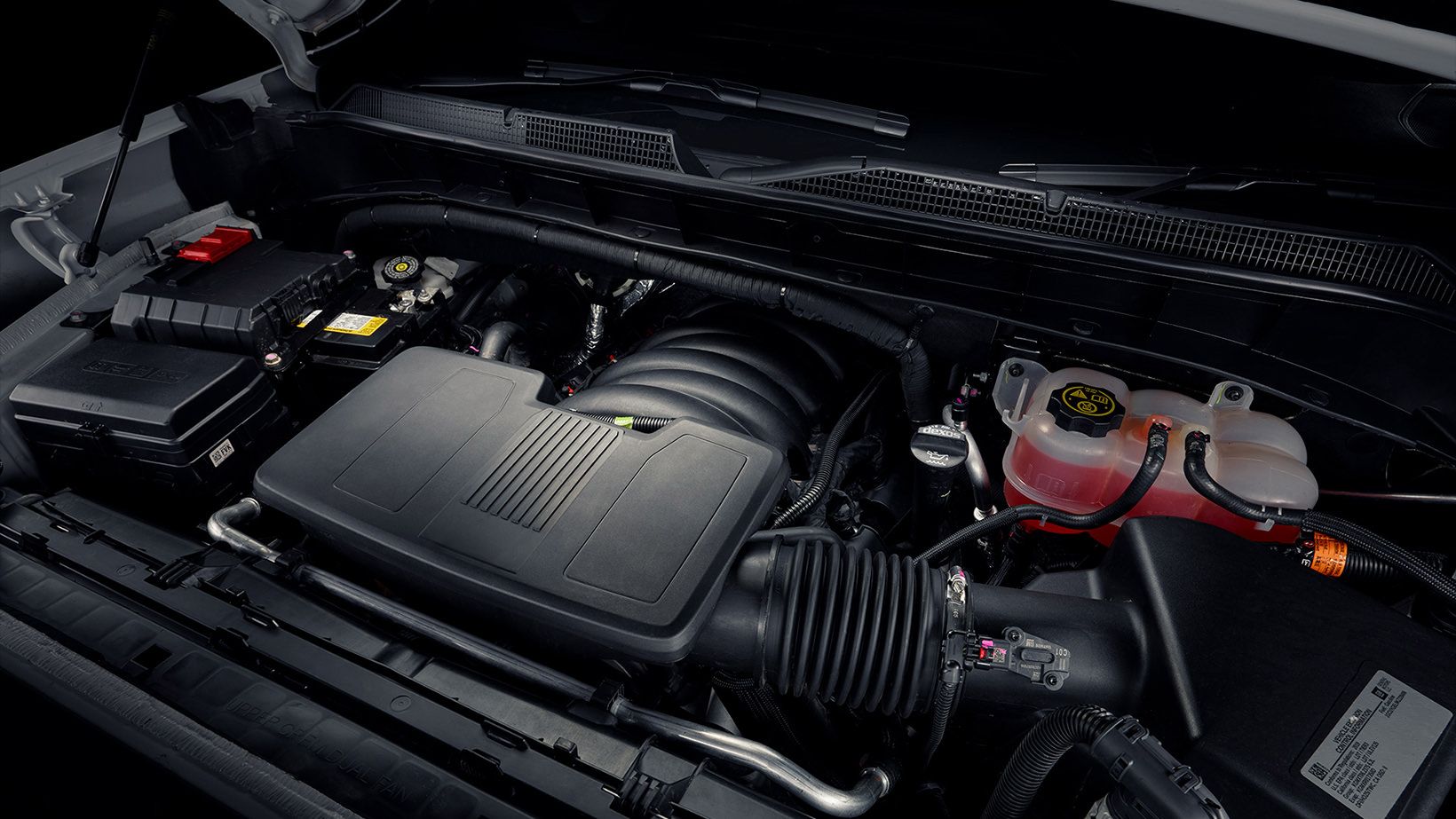 Those looking to take the V8 monster off-road will have no problem doing so with the standard fitment of low-range gearing, hill descent control, locking rear differential, all-terrain tyres, skid plates and Z71 off-road suspension with Rancho twin-tube shock absorbers.

For those who know their 1500 won’t spend much time off the blacktop, HSV is also offering an optional performance exhaust system and locally developed performance suspension tune. 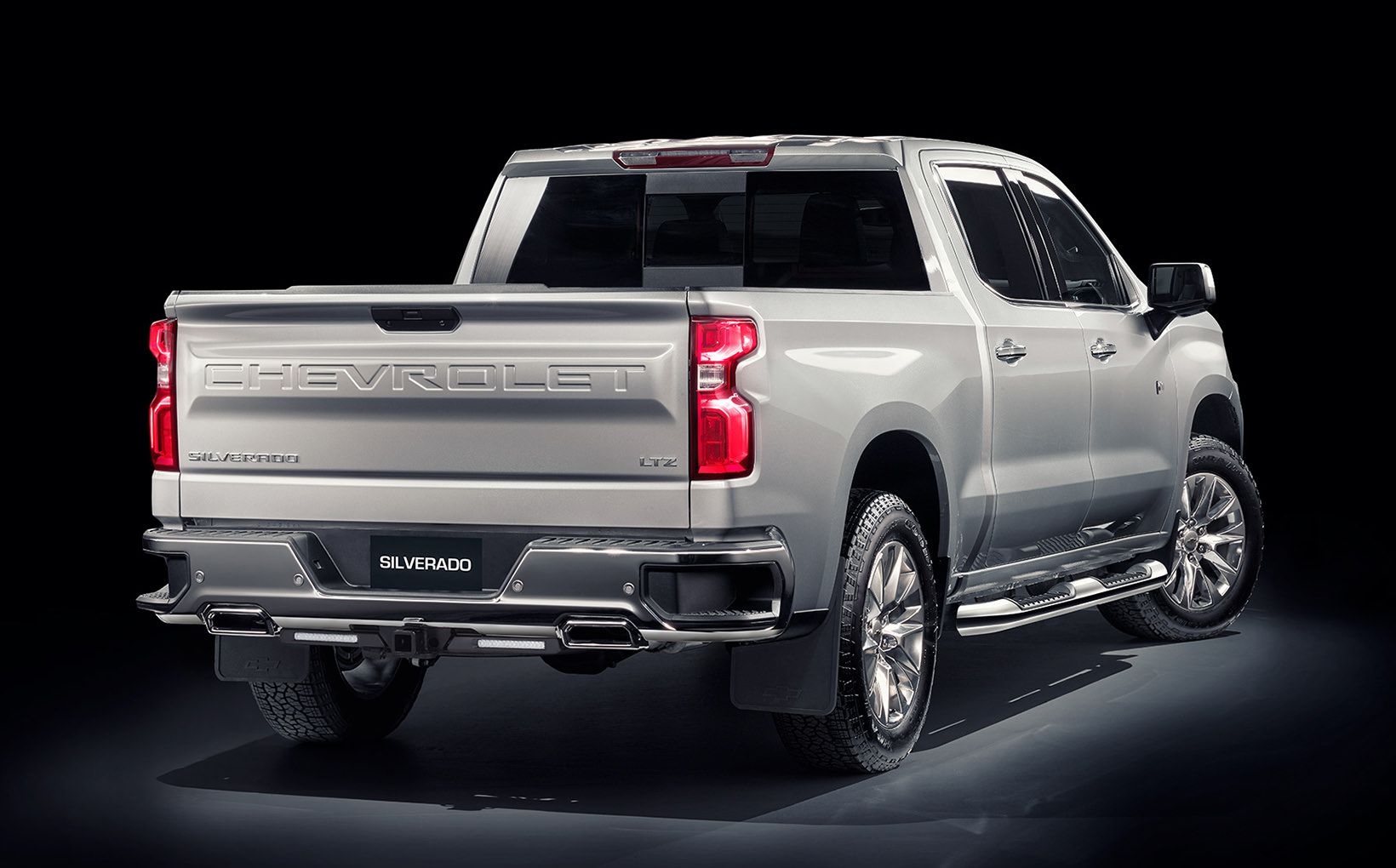 Ute buyers who feel their car just isn’t cutting it for towing or storage may find the Silverado 1500 appealing. 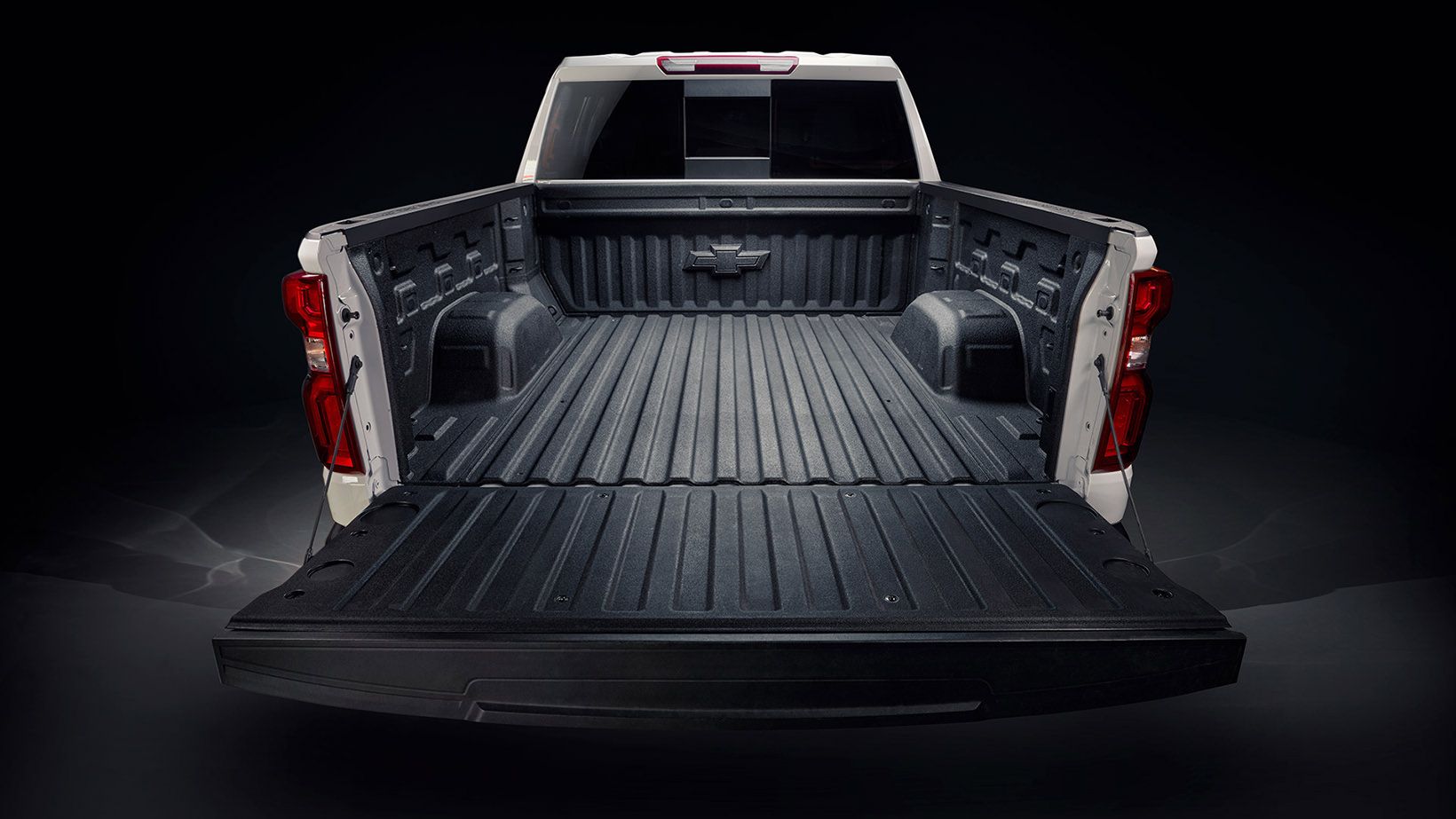 The Silverado 1500 is the latest Chevy model to be brought Down Under and converted to right-hand-drive by HSV, following the Silverado 2500/3500 and the more exciting Camaro, the latter of which is headlined by the savage ZL1 grade and its 477kW/881Nm supercharged 6.2-litre V8. 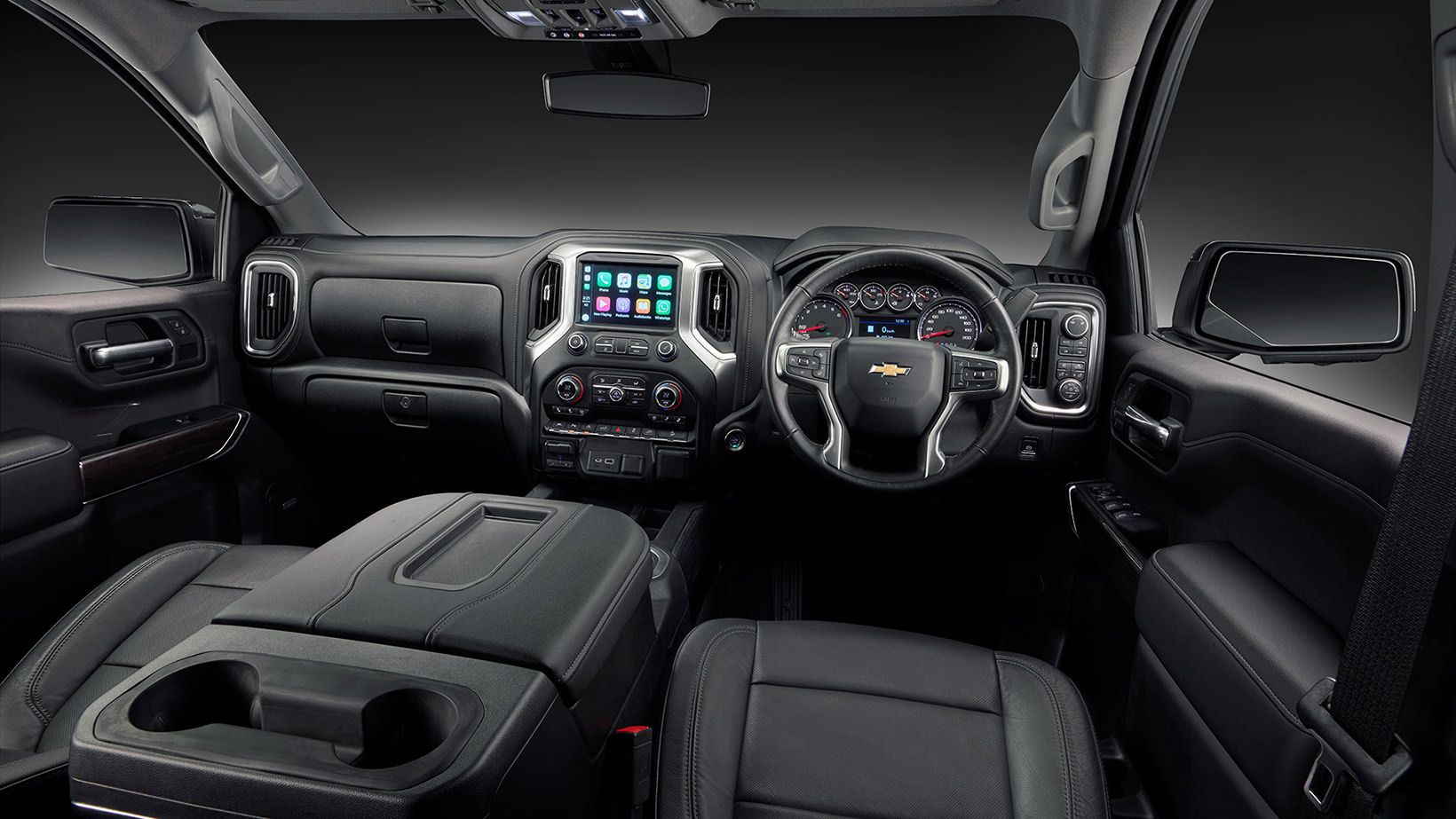 With only one variant on offer, HSV has made sure the Silverado 1500 is generously specified inside.

Helping tow all that weight is the 6.6-litre Duramax turbo-diesel V8 used in both the 2500 and 3500, tuned to produce 332kW and a monstrous 1234Nm of torque, making it the torquiest engine available in a passenger car in Australia.

While Japanese brands have had a stranglehold on pick-up sales in Australia, their rivals from across the Pacific are coming with V8 power and bold styling – a formula that has long appealed to Aussie customers.