Subaru is finally retiring its legendary EJ25 engine, but not without one last dance.

AFTER more than a decade and a half of service underneath almost all of the brand’s most potent offerings, Subaru’s fabled – and infamous – EJ25 engine is finally set to be retired in 2021 as the current generation of WRX STI takes its leave and makes way for an all new model.

Expected to be powered by a very tickled version of Subaru’s global turbocharged 2.4-litre mill, the new WRX STI has been rumoured to develop close to 300kW and take the force-fed all-paw fight to the current hyper hatch king in the form of the Mercedes-AMG A45 S.

With the new model not expected to arrive until early next year however, Subaru is taking the time to celebrate the venerable EJ25 donk and give it a proper send off. 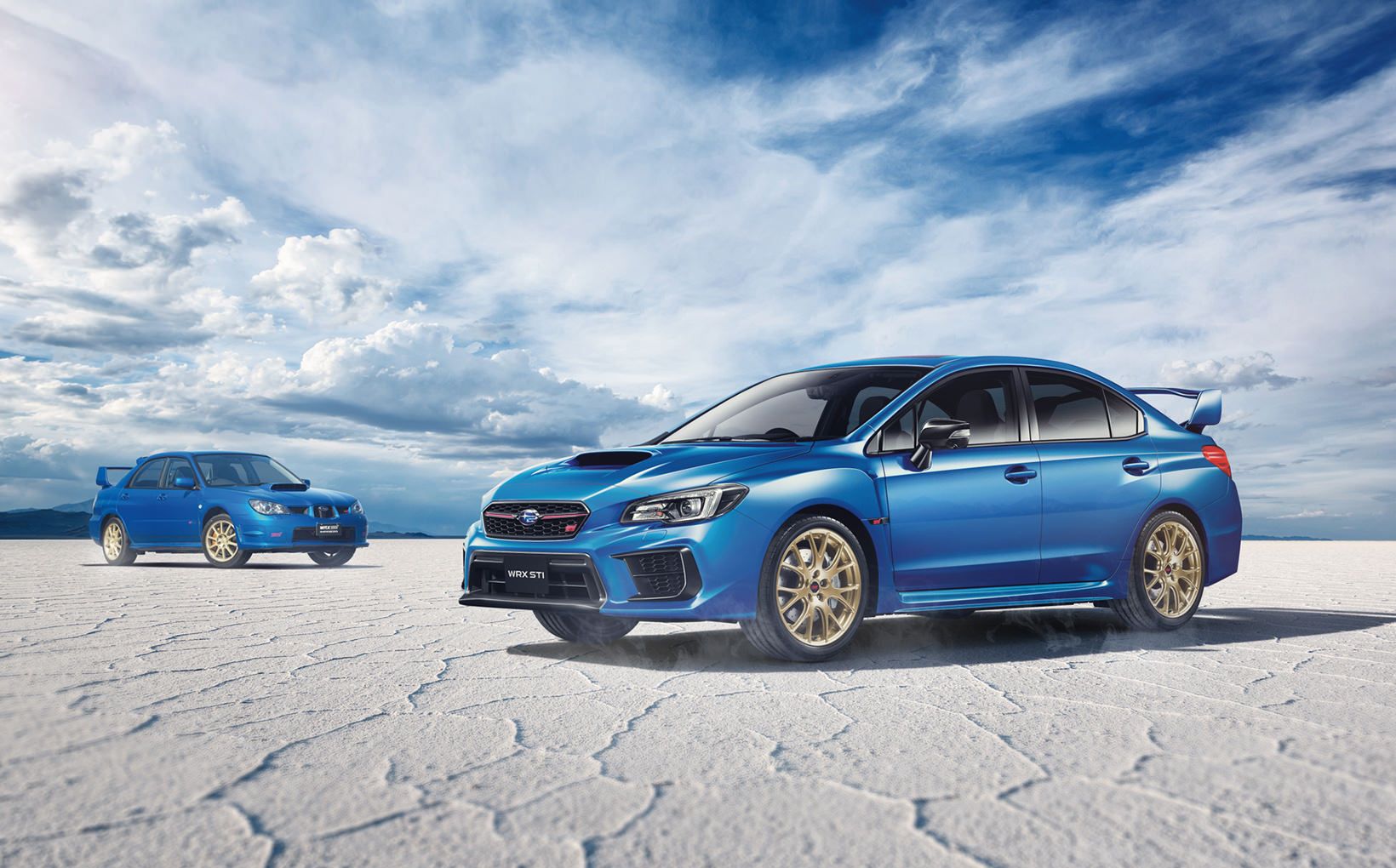 The EJ25’s days are drawing to a close with the all-new STI expected to utilise a force-fed 2.4-litre engine.

Announced and unveiled last month, the EJ25’s last hurrah will be under the bonnet of the STI EJ25 Final Edition; a limited run of 75 highly specified STIs designed to celebrate its engine and serve as the last dance of the current-gen WRX family.

Brandishing a $62,440 before costs pricetag, the EJ25 Final Edition commands an extra $3000 over the STI Spec.R on which it’s based with the extra dosh netting a heap of unique exterior and interior upgrades.

While ‘Crystal White Pearl’ and ‘Crystal Black Silica’ will be available (15 and 10 units respectively), the vast majority of Final Editions will be adorned in the classic WR Blue Pearl paint scheme with all examples flaunting gold 19-inch BBS alloy wheels – a fitting homage to the heritage and legend of the WRX. 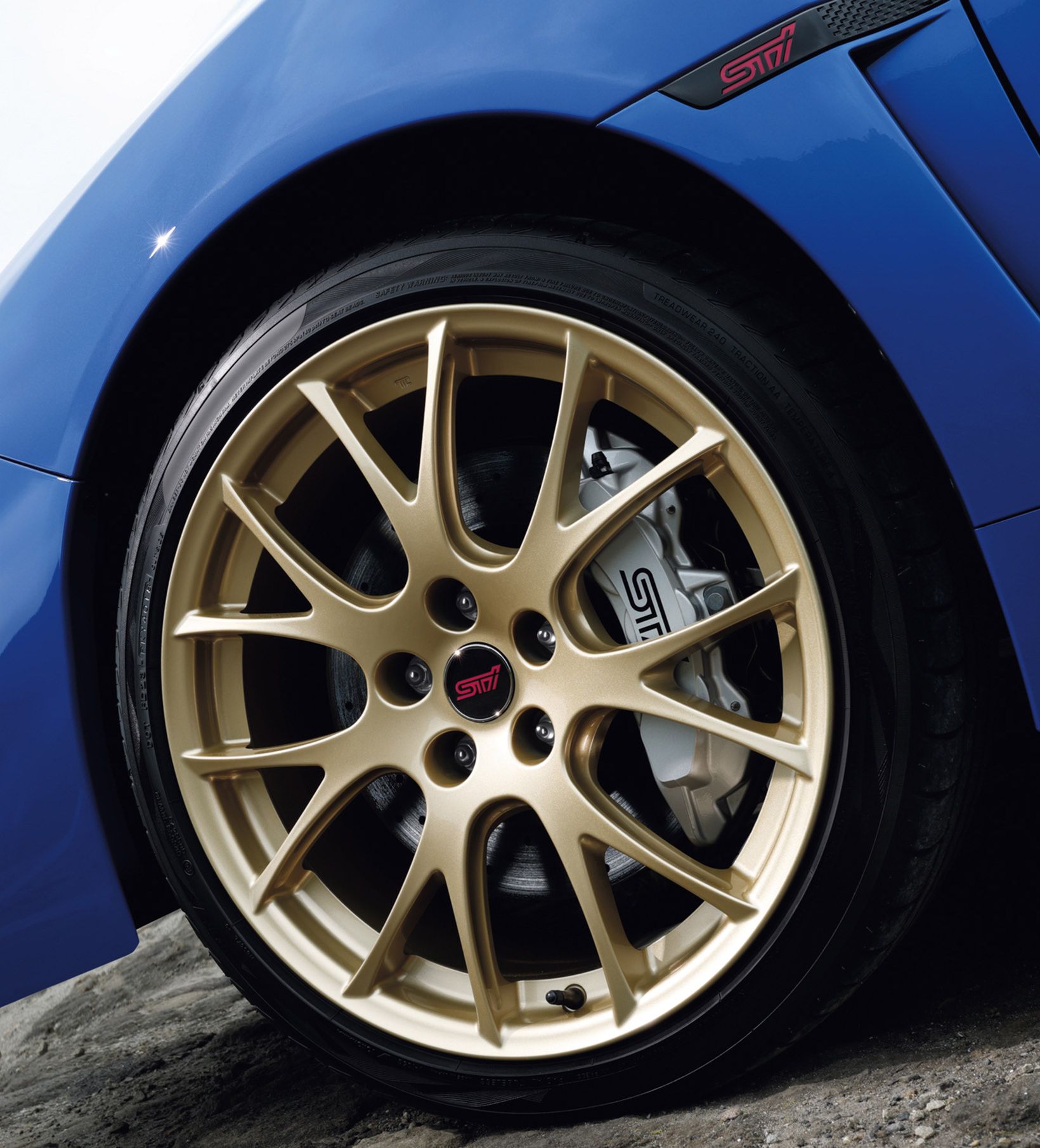 The classic gold alloys make a return as standard on the STI EJ25 Final Edition.

Behind those gold alloys peek out silver Brembo brake callipers while other giveaways include the black door mirrors, shark fin antenna, fender inserts and WRX rear badge, a pinstriped front grille and ‘EJ25 Final Edition’ badging on the boot lid and engine cover. 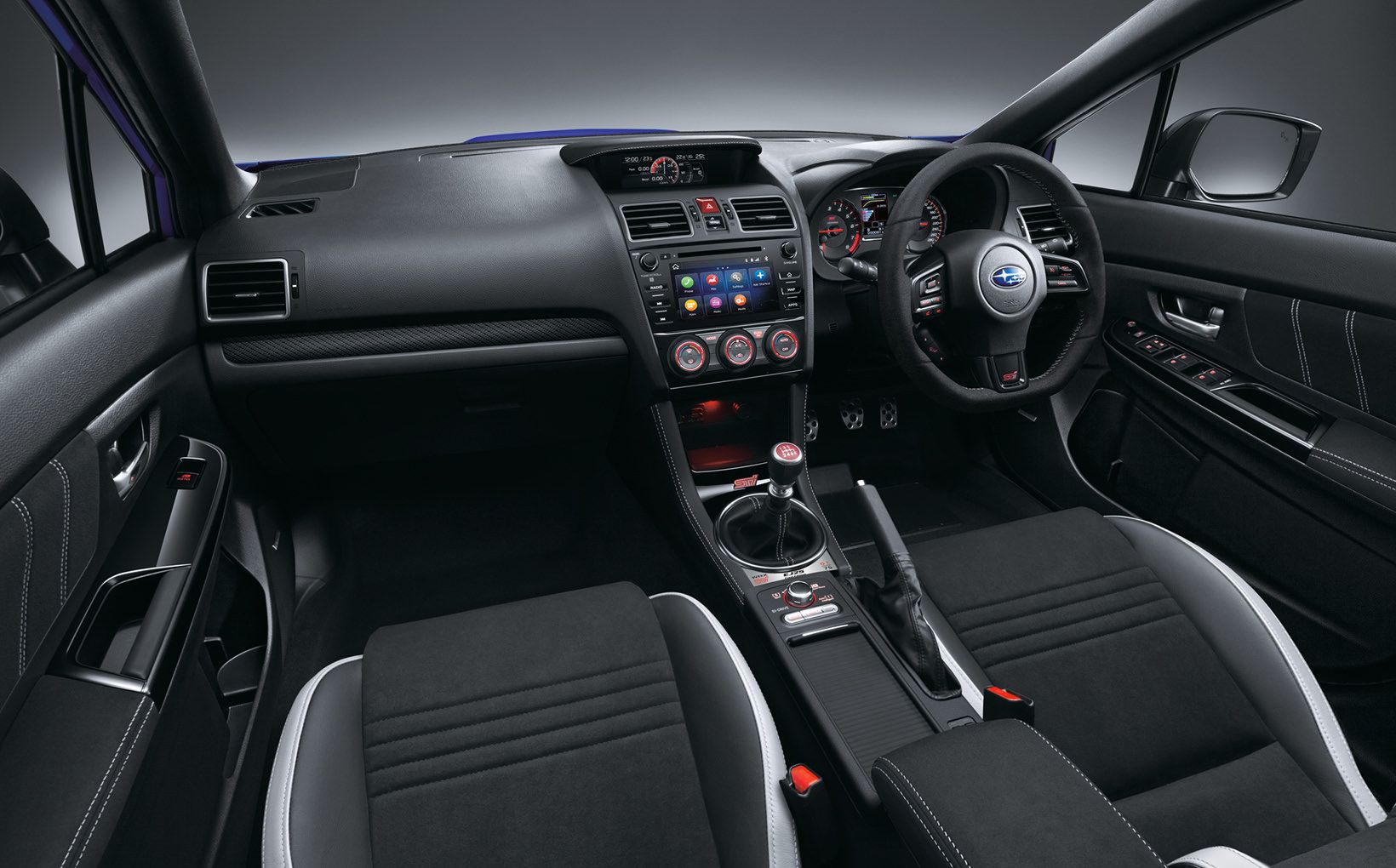 It may be inspired by the WRC circuit, but there’s still enough tech and toys inside to make it a useful daily driver.

Somewhat disappointingly though, no changes have been made to the turbocharged EJ25 lucking under the bonnet – surely as the swansong of one of the world’s most iconic engines, Subaru could’ve extracted even a couple more kilowatts from its undisputed flagship…

As a result, peak power and torque are still rated at 221kW/407Nm with drive still sent to all four wheels via a six-speed manual transmission, culminating in a 0-100km/h sprint time of 4.9 seconds.

With such limited numbers available, Subaru Australia is selling 30 of the 75 STI EJ25 Final Editions exclusively online with online customers set to be given an extra little sweetener. 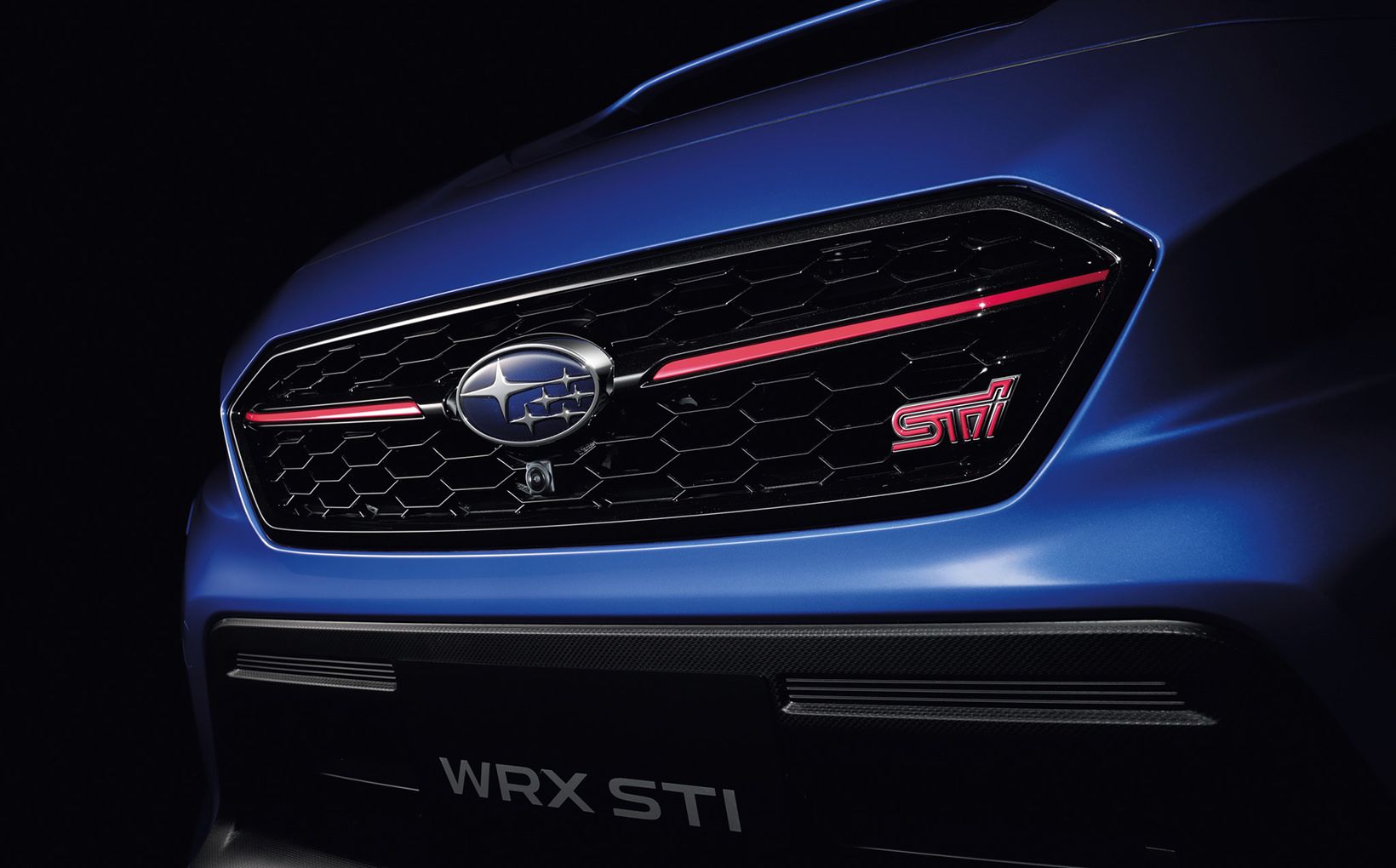 Unique visual cues are aplenty – a diehard Subi fan should have no issues spotting this limited-edition swansong.

In exchange for a $1000 donation to the Australian Road Safety Foundation, online customers will have the option of an individualised delivery experience where rally drivers Molly Taylor, Cody Crocker, Mark Stacey or Dean Herridge will hand over the car in person – depending on whose available at the time.

Despite being well and truly into its twilight years, Subaru Australia managing director Blair Read said the fourth-generation STI had served the brand well with strengthening sales even this late into its lifecycle.

“We’re getting towards the last in line for fourth-gen STI, which has served us so well since launch in 2014,” he said. 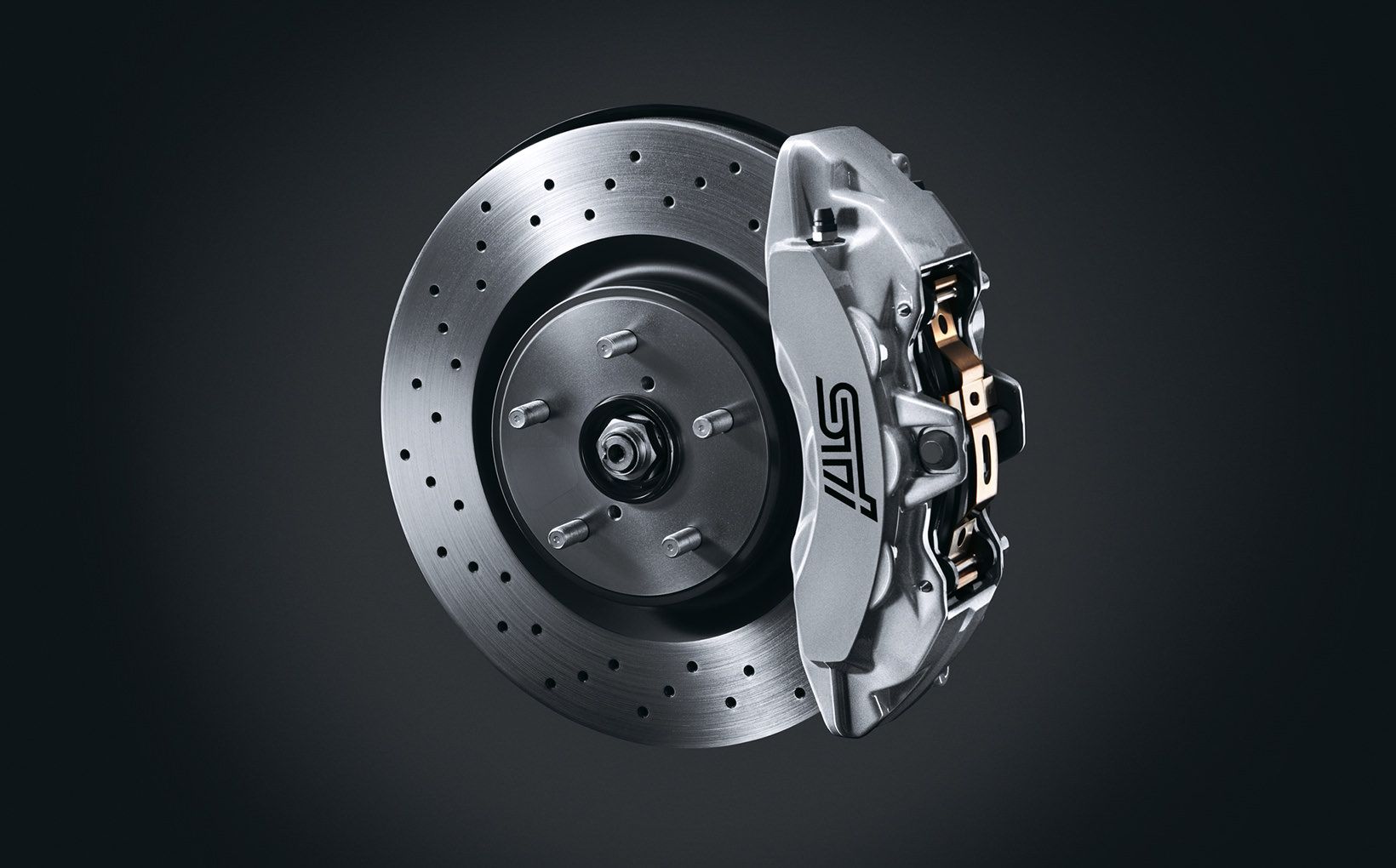 “It’s the car that underpinned Molly Taylor’s 2016 win in the Australian Rally Championship, which is an indication of its fantastic credentials as a capable performance car.

“This final edition pays tribute to an engine and chassis combo that have earned their stripes in both competition and on road as an adrenaline-pumping, fun drive.”

With the all-new STI expected to land in the first half of 2022, the new-generation WRX on which it will be based is due here well before Christmas with a rumoured power outputs of around 213kW – more than enough to shunt it right back into the thick of the action among an increasingly talented and potent field of hot hatches. 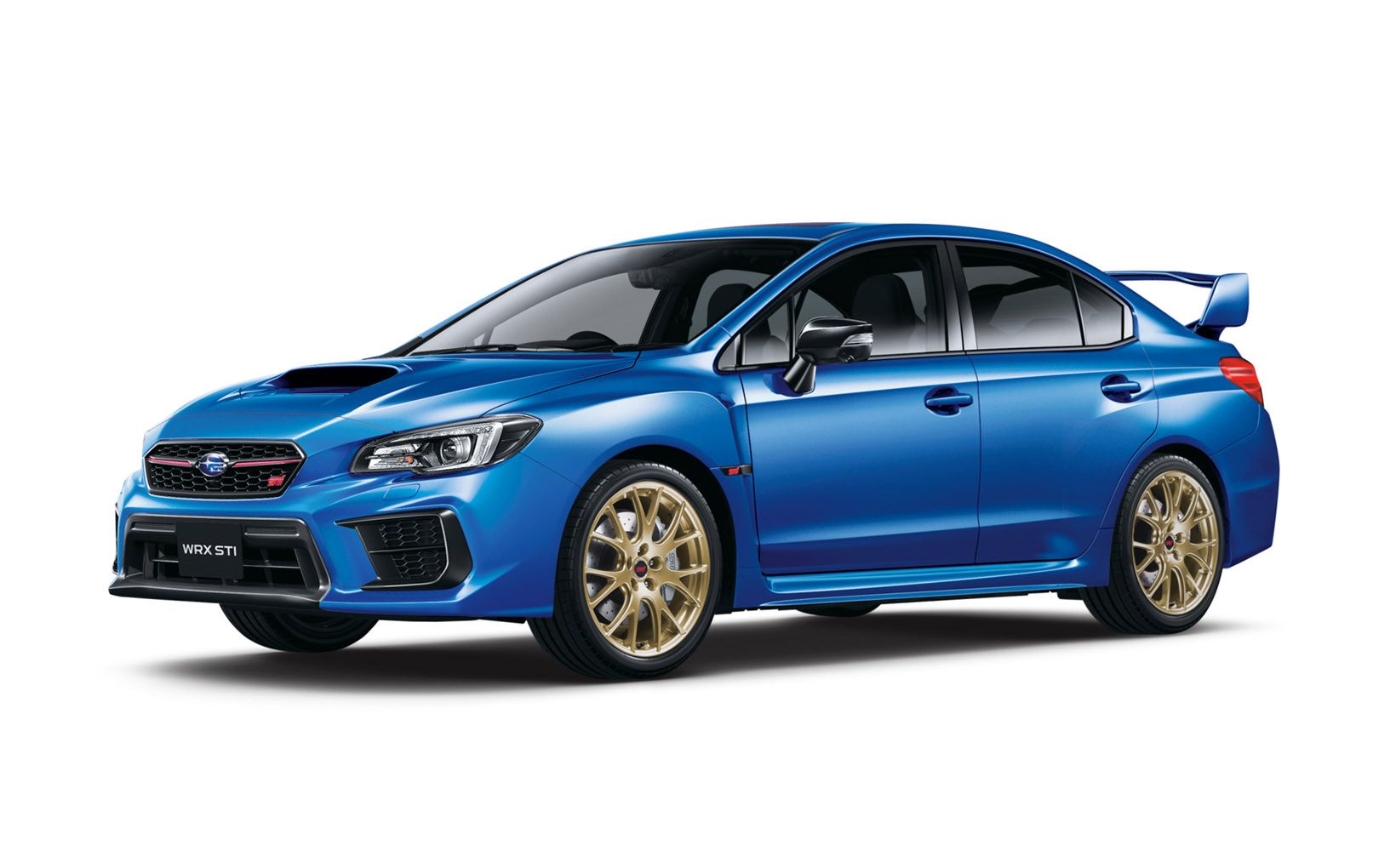 The new model will have its work cut if it wants to take it to the A45 S, let alone improve on the current one.