IT WASN’T that long ago that the idea of Porsche producing anything but sportscars was laughed at.

Well, desperate times call for desperate measures. At the start of this millennium, the famous German brand needed a model that would deliver profit – and plenty of it. The rest is history. Hell froze over and Porsche’s first SUV, the Cayenne, emerged from its icy ruins. 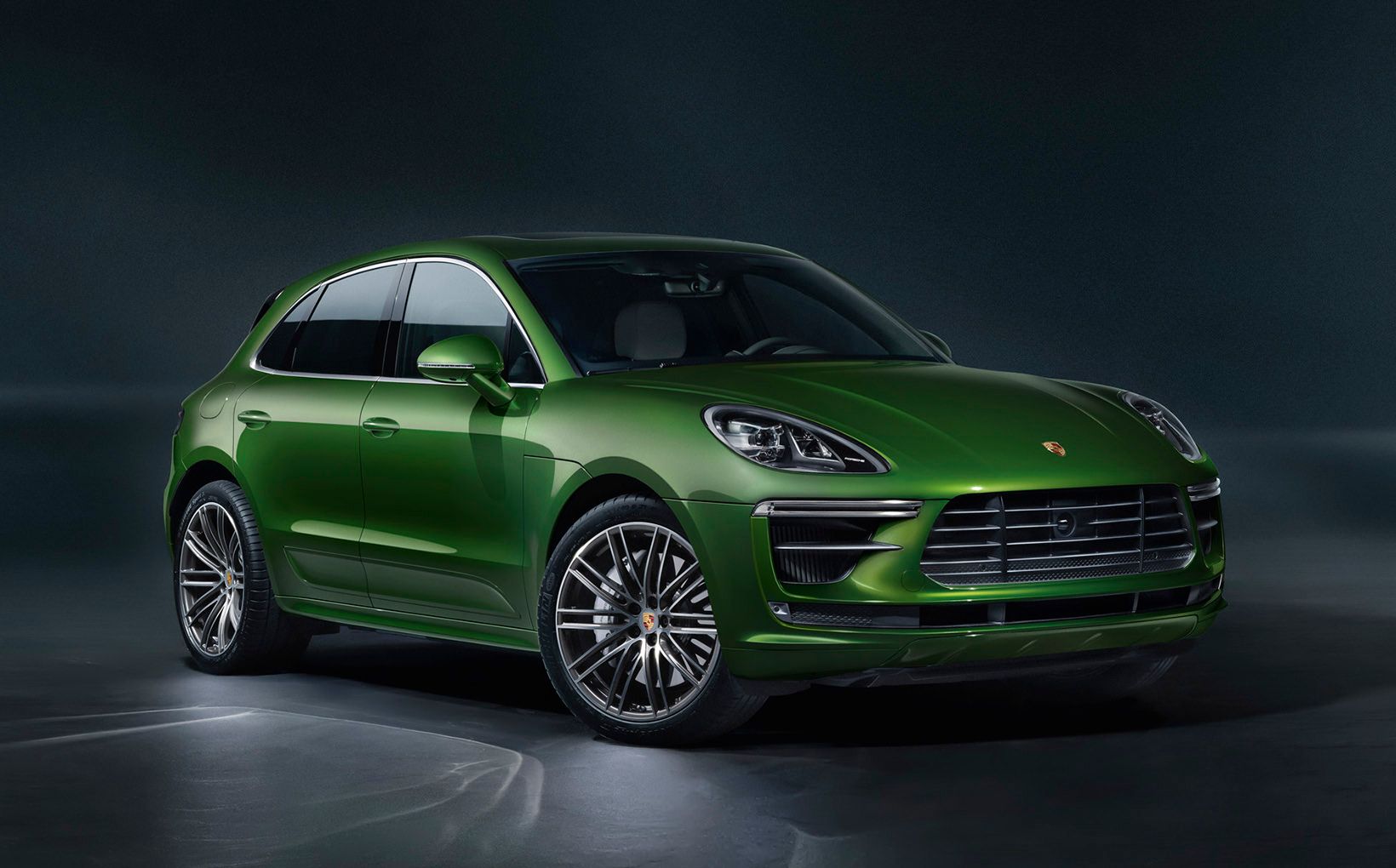 The new Macan Turbo looks green and mean in this hue, although Porsche hasn’t tweaked its front end too much.

And despite the doubts of many pundits, the Cayenne went on to be a runaway success that undoubtedly shaped the marque that we know and love today.

You can’t blame Porsche, then, for looking into whether or not lightning would strike twice. Twelve years later, the mid-sized Macan emerged to sit below the Cayenne in the brand’s now critically acclaimed SUV line-up.

Much like the Cayenne before it, the Macan borrowed many of its parts from Porsche parent company Volkswagen Group, but plenty of sportscar magic was added to both mixes. 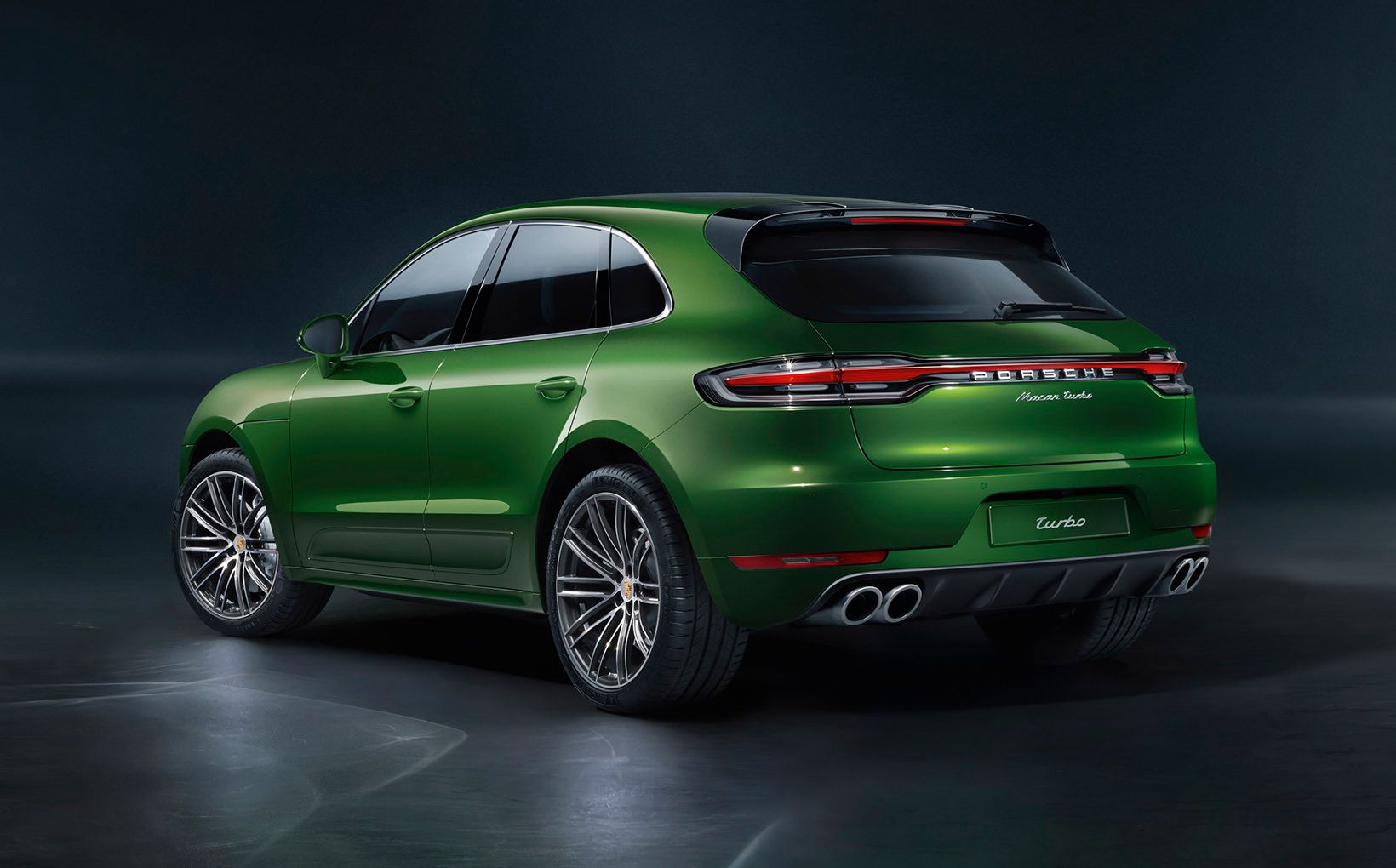 Identifying the facelifted Macan Turbo is much easier to do from the rear, where the LED tail-lights are now linked.

Speaking of which, performance has always been at the heart of the Cayenne and Macan, which have both been topped by Turbo variants over the years.

The latter has been on the market for five years now, so it’s time for its first facelift. And as far as mid-life updates go, this is a subtle one. But dig a little deeper and you’ll realise there have been some key changes to the Macan, particularly in range-topping Turbo form.

Indeed, the Macan Turbo attempts to answer a question that has constantly haunted the automotive industry: is there a replacement for displacement? Purists say no, but Porsche – arguably the subject-matter expert – thinks otherwise. 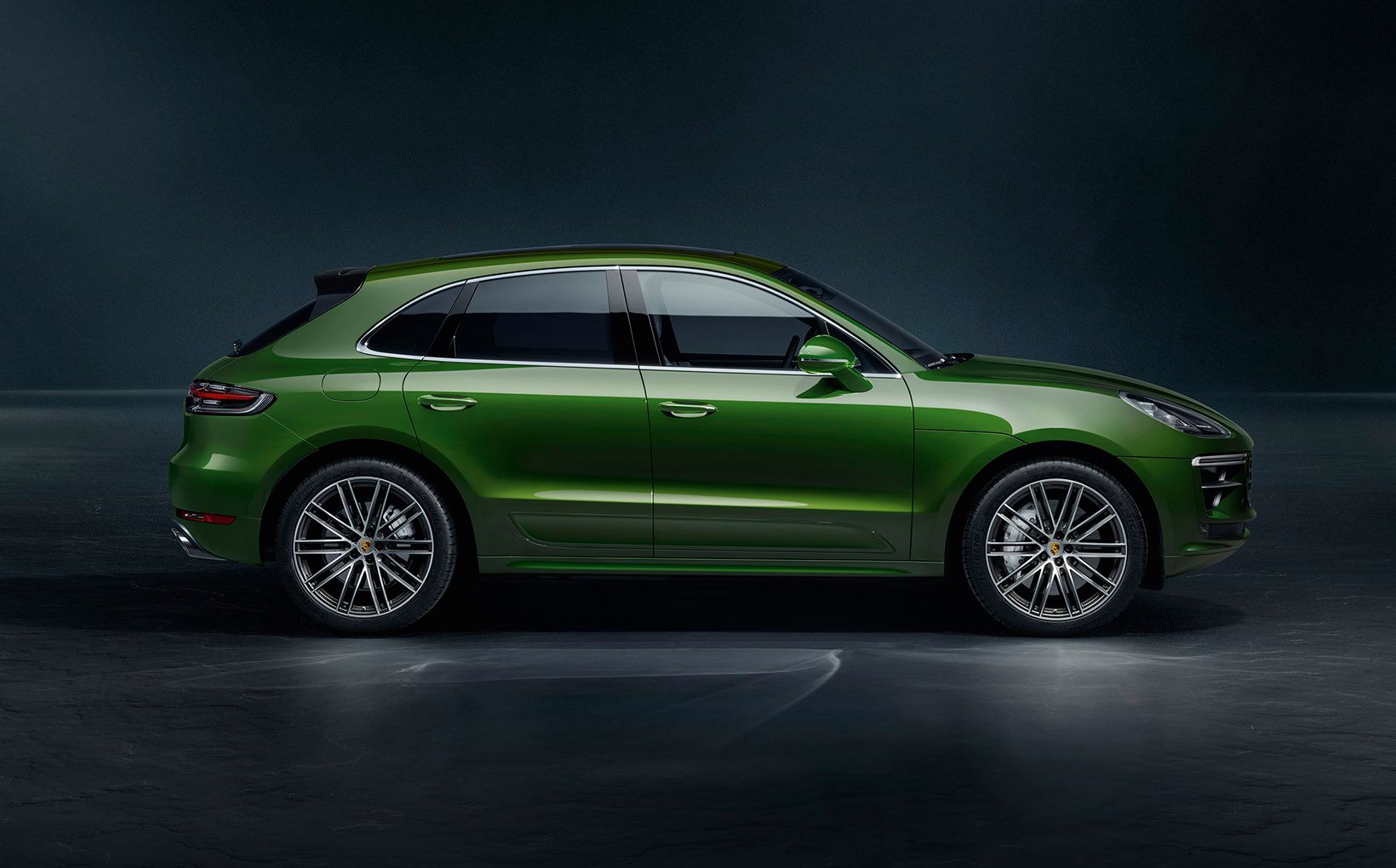 Coupe-style SUVs are in fashion these days, with the Macan Turbo’s fast roofline sure to win over plenty of fans.

Case in point: the Macan Turbo has traded in its 3.6-litre twin-turbocharged V6 petrol engine for a 2.9-litre unit. But just how much of a difference can 700cc make? Not much, apparently.

Take a closer look and you’ll realise that peak power is as strong as the pre-facelift Macan’s awkwardly named Turbo Special Performance flagship… but maximum torque is down 50Nm. 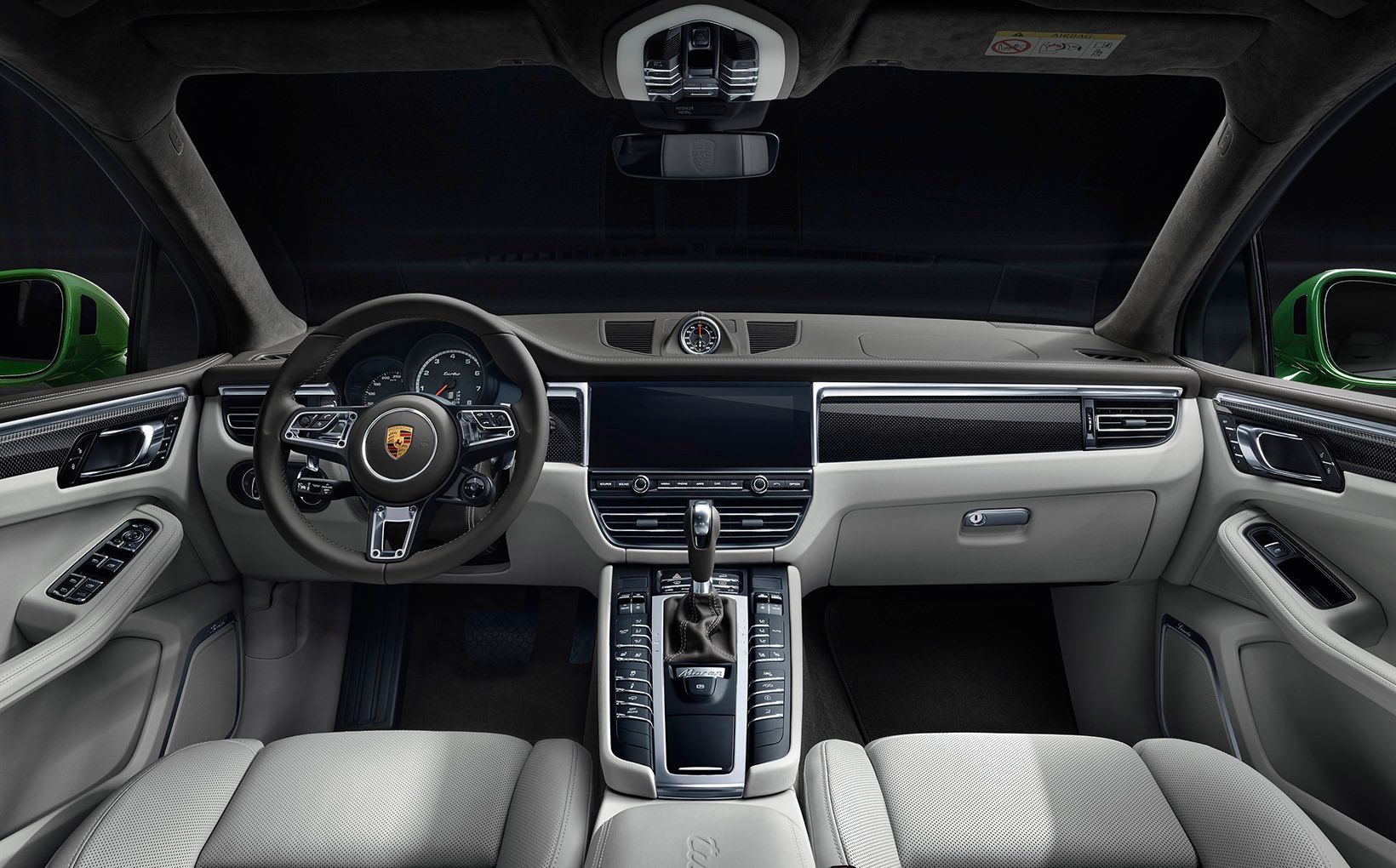 Not much has changed with the Macan Turbo’s interior, although a 10.9-inch touchscreen now features prominently.

Don’t get too upset, though, the smaller engine likely means less weight, allowing the new Turbo to sprint from standstill to 100km/h in 4.3 seconds when fitted the optional Sport Chrono package – a scant 0.1s better than the Turbo Special Performance could muster.

Not convinced? Top speed is up 4km/h, to a healthy 270km/h. And if you really want to convince your mates at the pub, take note that the old Turbo developed 30kW less power at its peak and was half a second slower to triple digits.

There’s no replacement for displacement? Rubbish. And the Turbo Special Performance might return in facelifted form at a later date to hammer home that point. 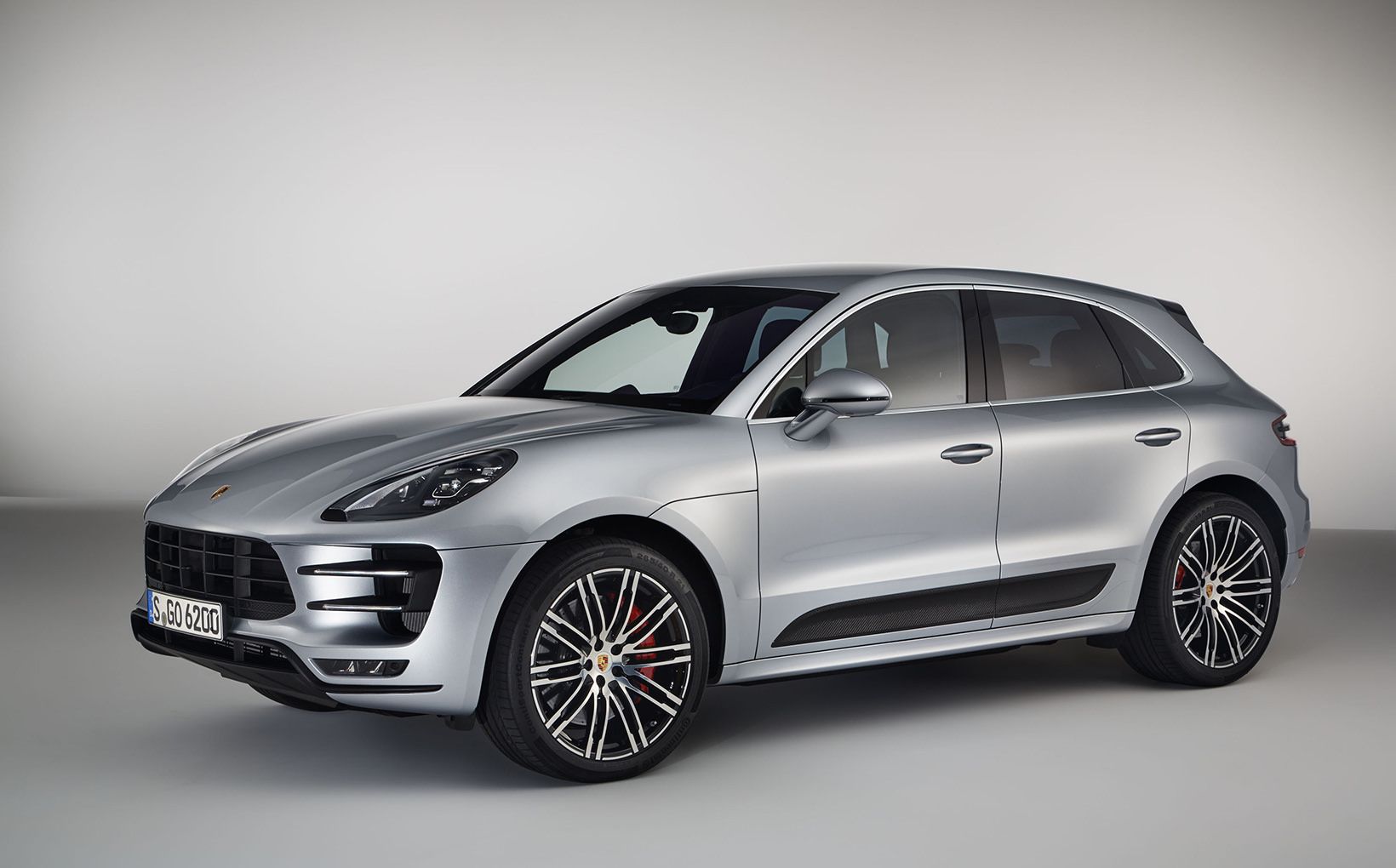 The oddly named Turbo Special Performance was the undisputed flagship of the pre-facelift Macan range.

One caveat, though. The Turbo’s claimed fuel consumption has risen to 10.0 litres per 100 kilometres on the combined-cycle test (+0.8L/100km), but we suspect most prospective buyers couldn’t care less…

Of course, there’s more to the Turbo’s facelift than a new engine. You’ll have a hard time picking the external differences, with the most obvious change found at the rear, where the tail-lights are now linked by a horizontal strip of LEDs.

Jump inside and it’s a similar story. The new 10.9-inch touchscreen powered by Porsche’s fresh PCM infotainment is prominent up front, while the other tweaks are subtle… very subtle. 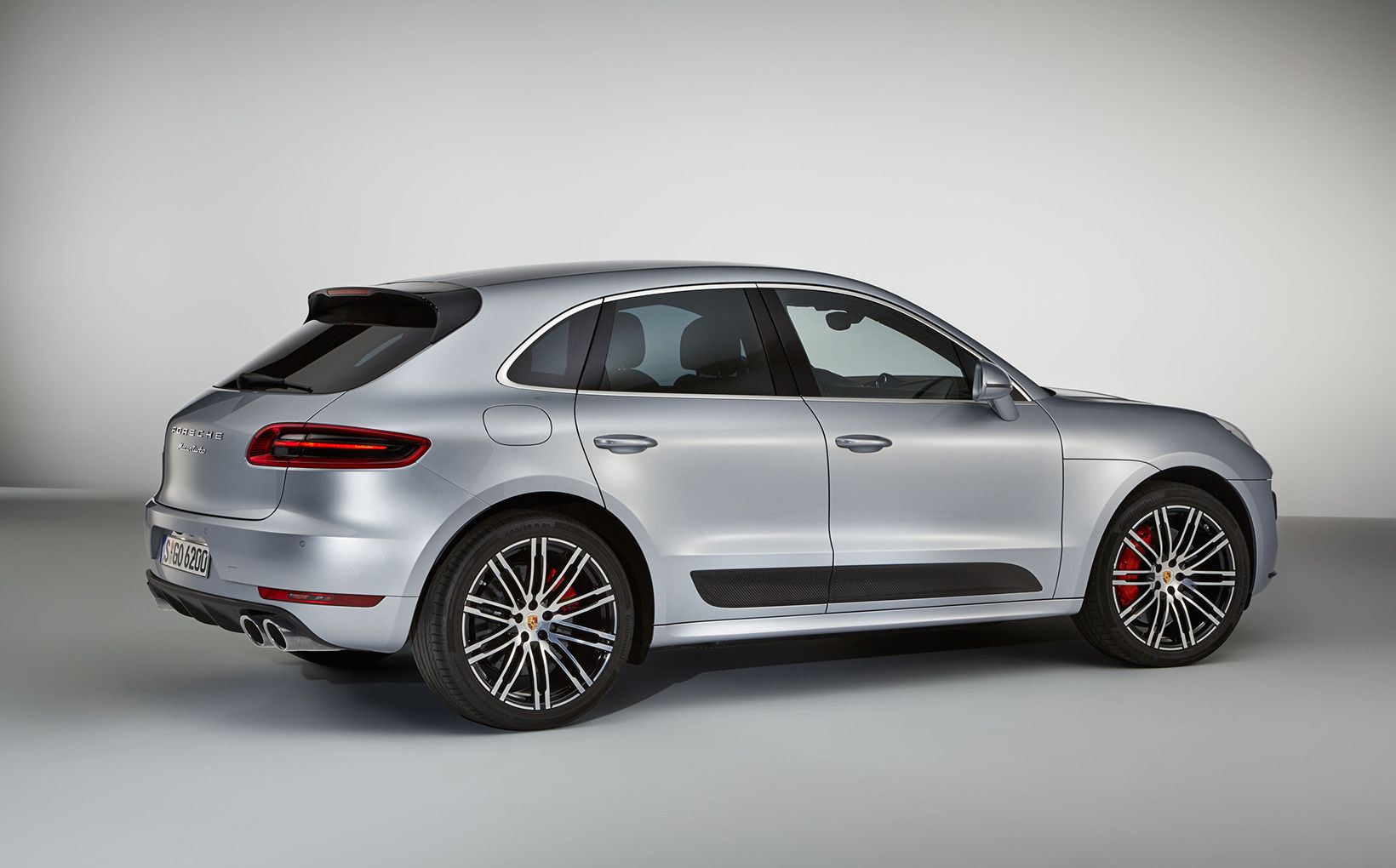 With 324kW of peak power and 600Nm of maximum torque, the Macan Turbo Special Performance had serious punch.

Owners are more likely to appreciate the new tungsten carbide coating for the Turbo’s brake discs, which Porsche says provides quicker response and reduced wear as well as 90 per cent less dust than conventional iron rotors.

The standard height-adjustable air suspension has also been upgraded with optimised rolling pistons and new hydraulics for the shock absorbers, which are adaptive.

Interested yet? Well, we should probably mention the Turbo’s revised pricing: $142,000 plus on-road costs. That’s $8900 more than the pre-facelift version cost and just $1500 adrift of the aforementioned Turbo Special Performance. 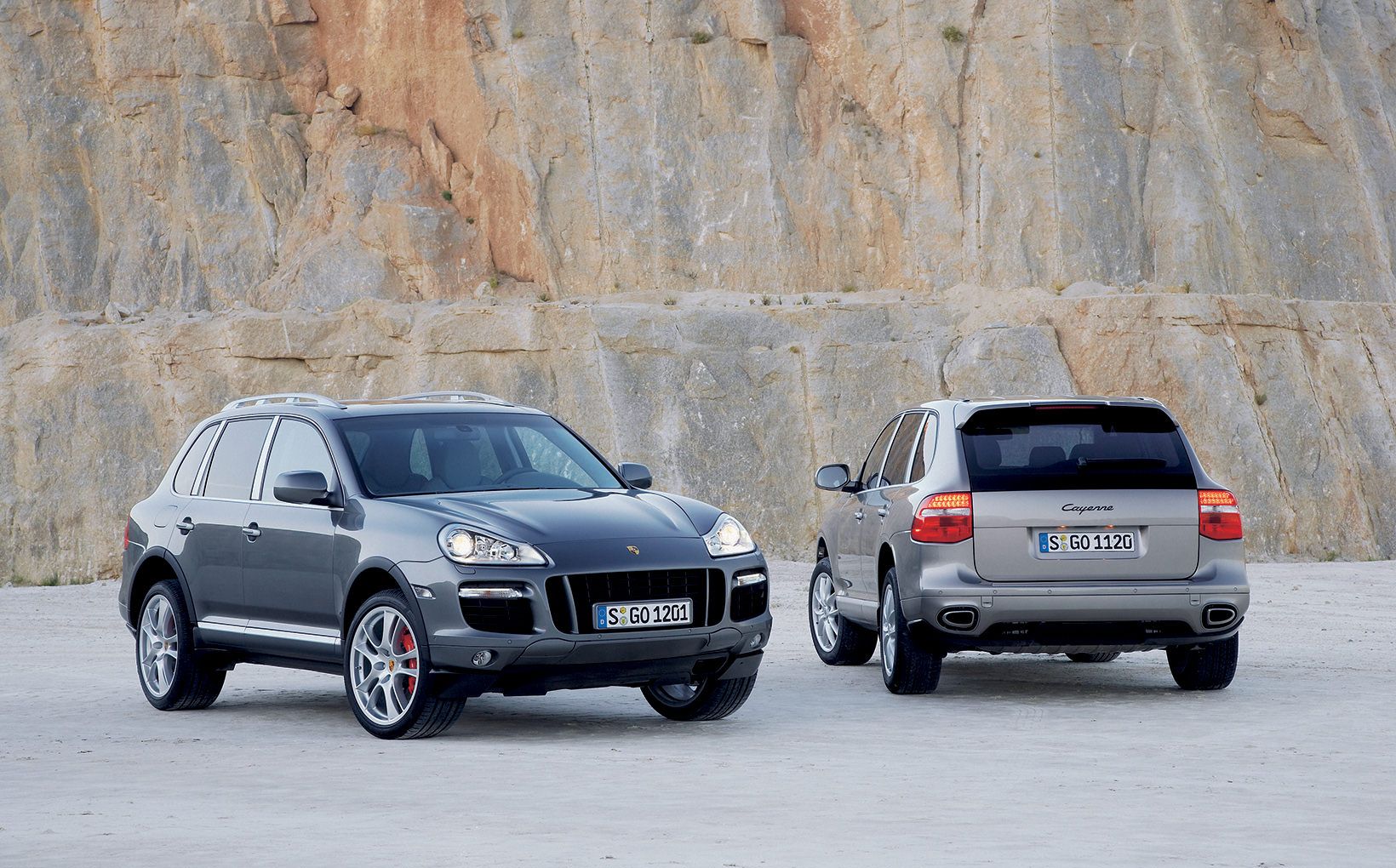 Without the original Cayenne, we wouldn’t have the Macan. Arguably, it’s the most important model in Porsche’s history.

So, you’re paying more for less – kind of. Go figure. And that’s before you even factor in Porsche’s exhaustive list of expensive but desirable options.

That said, is there a better mid-size performance SUV on the market than the Macan Turbo? Now that will be a much more enjoyable question to answer.