PORSCHE loves pumping up and diversifying its 911 line-up, sometimes to the point of confusion amongst the motoring fraternity as to which is which and why.

At the time of writing, there are 26 different 911 variants across three body styles and that number is likely to grow even further in coming years when the inevitable GT3 RS and GT2 variants emerge.

For the time being though, Porsche has a 911 for virtually every taste with one of the most sought-after being the ‘GT3 with Touring Package’ – we’ll call it the GT3 Touring for short. 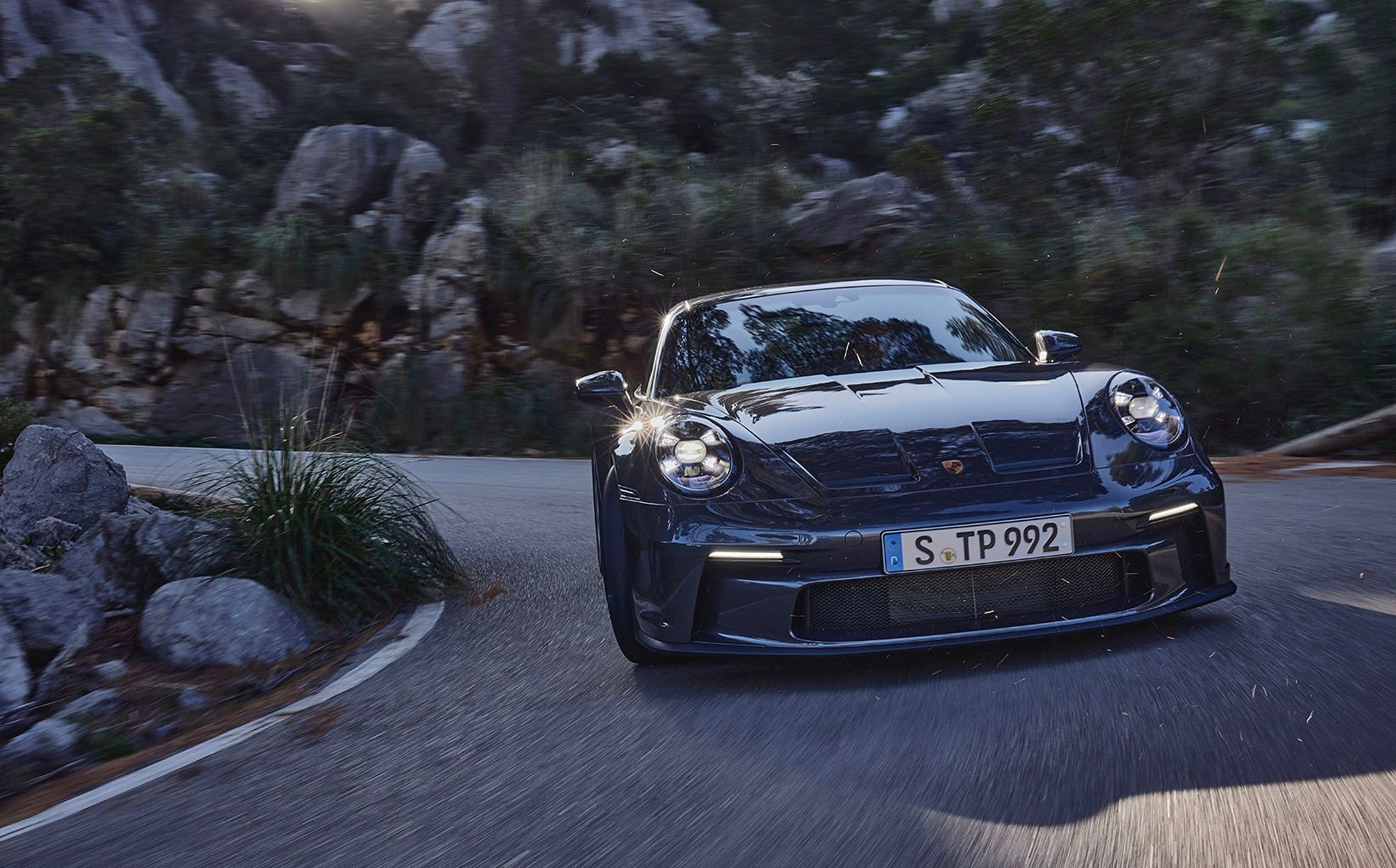 The GT3 with Touring Package is a regular GT3, just in a tux.

The recipe here is pretty simple; take the track-honed GT3 and dial its aggression back ever so slightly with a marginally more road-focused demeanour.

Don’t think for a moment it isn’t worthy of the GT3 badge – it still packs the same screaming 375kW/470Nm 4.0-litre flat six and track-minded suspension, it just blends those elements with a more comfort-oriented interior and less aggressive aero features.

For those unfamiliar with the GT3 package as a whole, it rides on double-wishbone suspension setup up front and a multi-link rear end with adaptive dampers in all four corners (aka ‘Porsche Active Suspension Management system’). 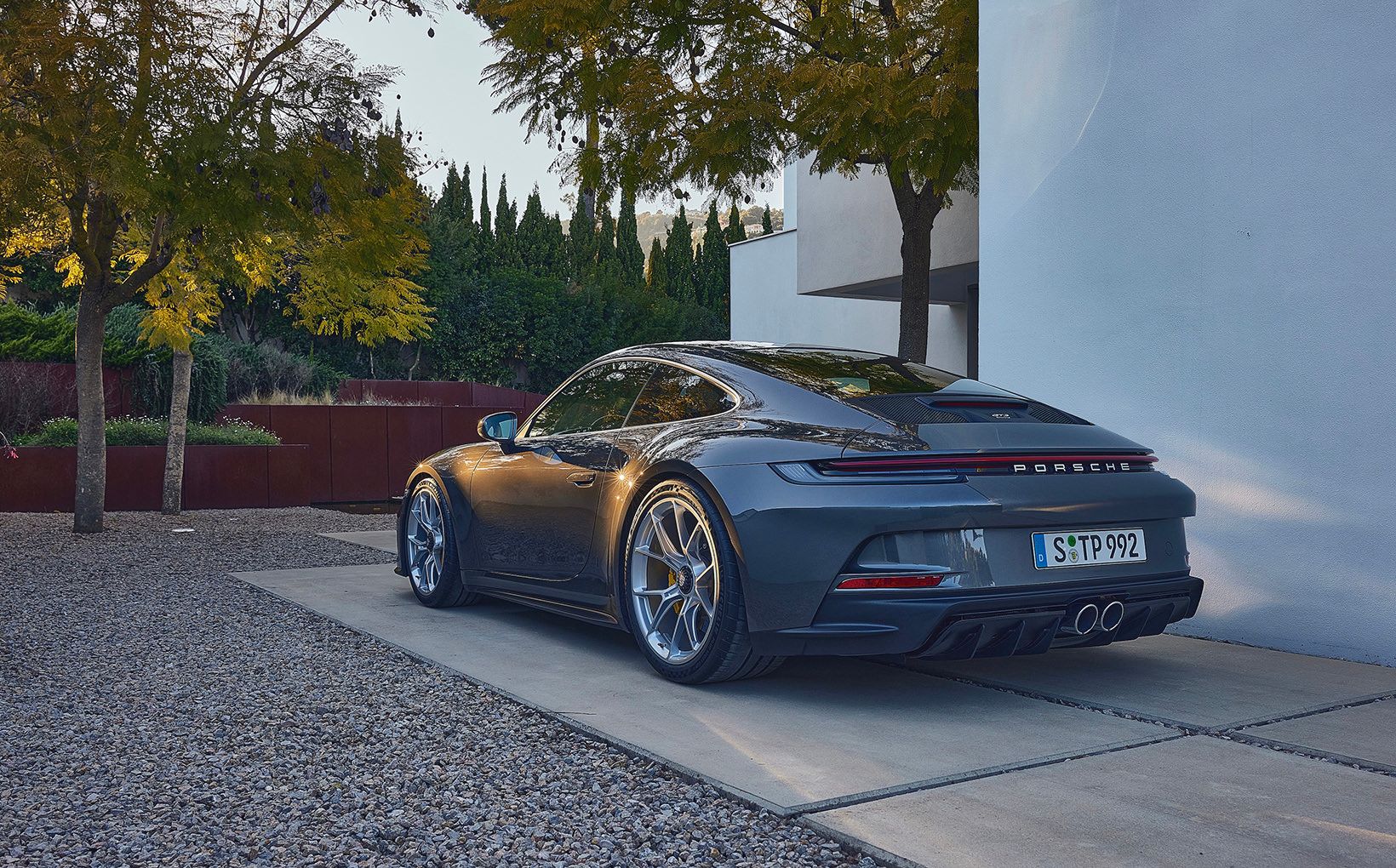 For the purists among you, both a six-speed manual and seven-speed ‘PDK’ automatic transmission is offered with the PDK being the livelier of the two in terms of performance: 3.4 seconds from 0-100km/h vs versus the manual’s 3.9.

Inside the cabin, the standard GT3’s suite of black Alcantara has been replaced by lashings of black leather – steering wheel, gearknob, centre console, door armrests, door handles and seats – complemented by a smattering of brushed black aluminium trim. 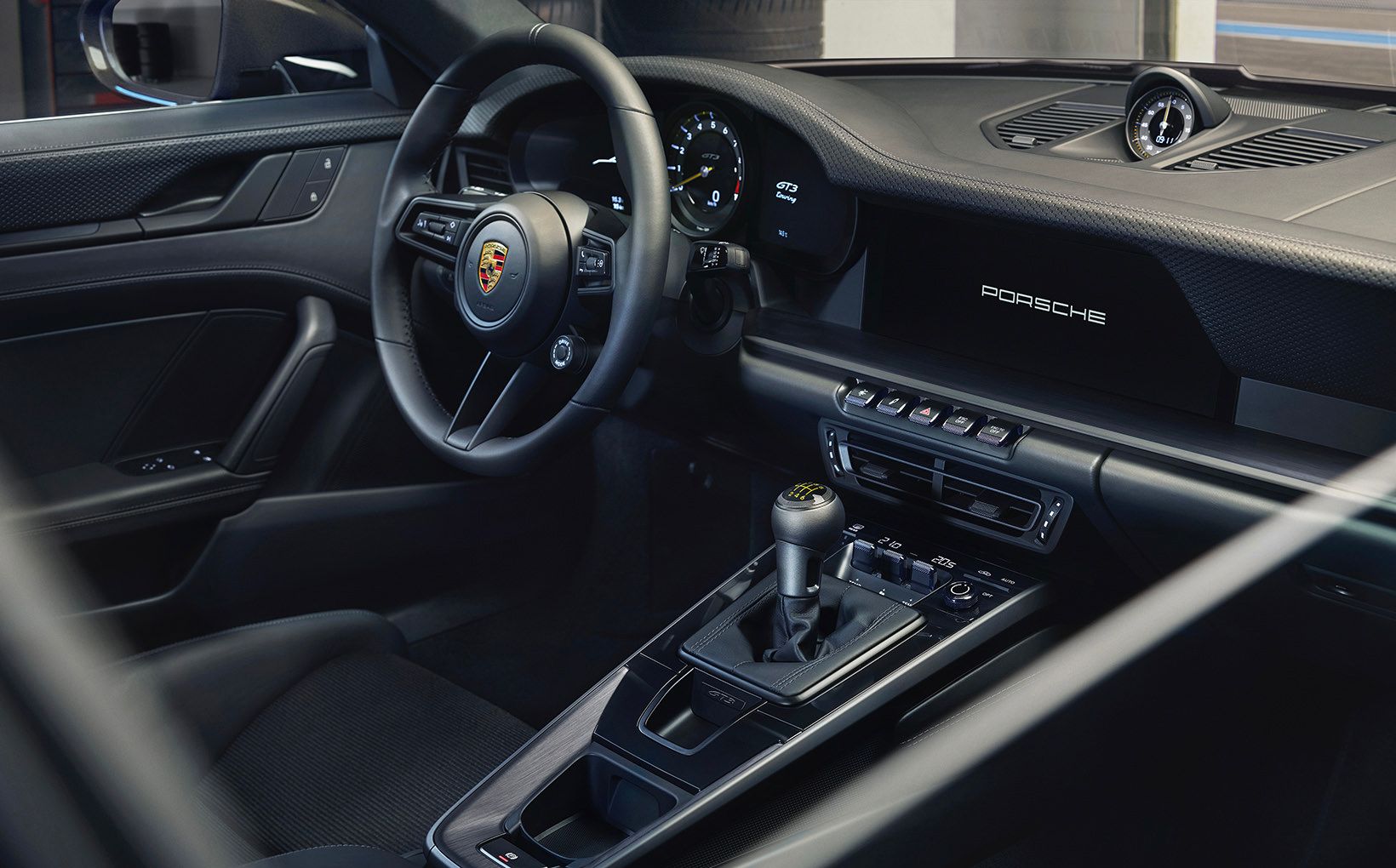 The Touring Package swaps out black Alcantara for black leather.

Despite the different flavour, the Touring shares the same $369,600 sticker price as the regularly GT3, regardless of transmission choice. 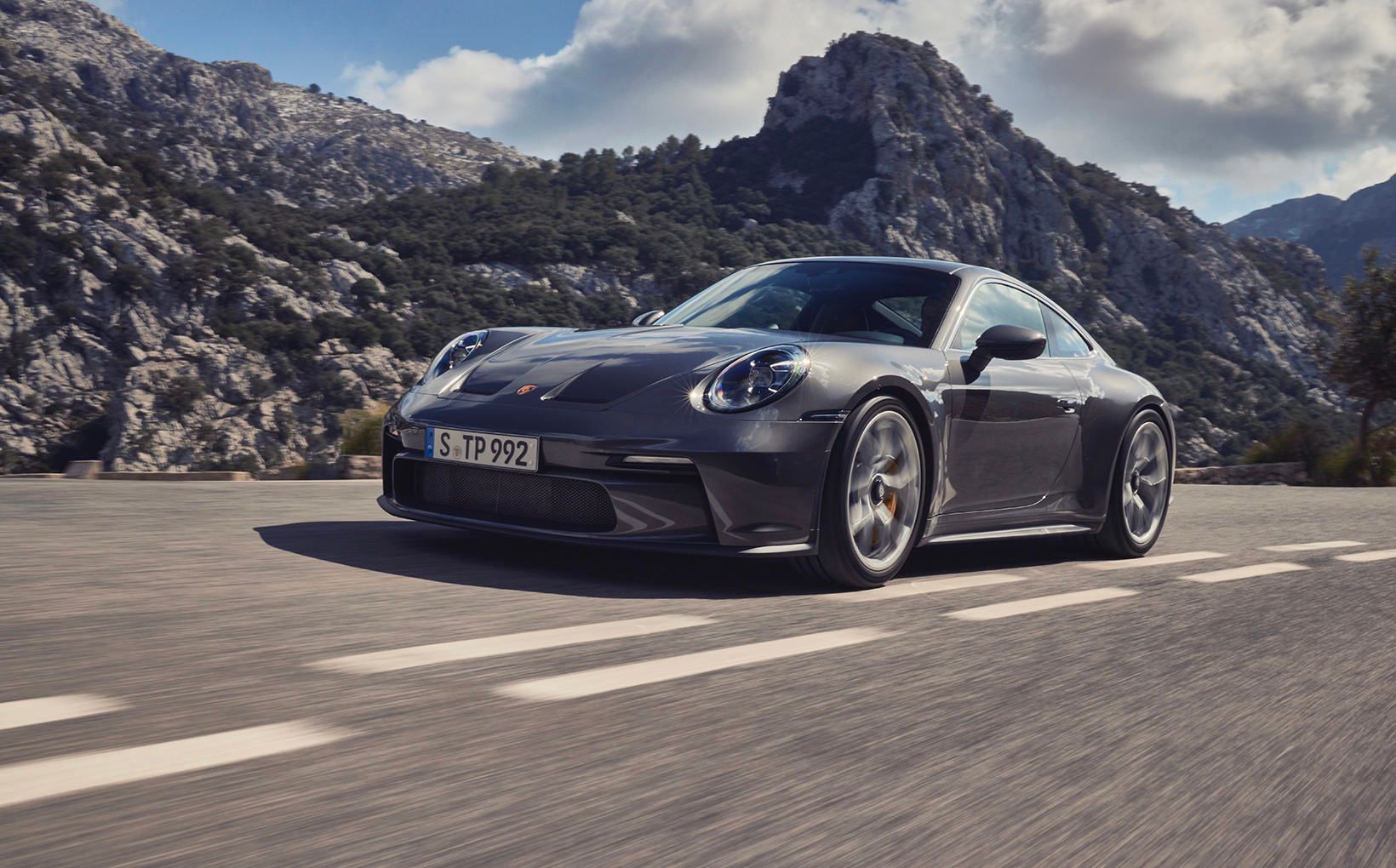 The last GT Touring proved to be one of the most sought-after variants of the 991 generation.

Those tempted by the prospect of the GT3 Touring but are after something a little more exclusive (and expensive) meanwhile may be interested in the new GT3 70 Years Porsche Australia Edition.

Essentially a dolled up GT3 Touring, the 70 Years Porsche Australia Edition is a bespoke 911 available designed exclusively for the Australian market to commemorate Porsche’s 70th anniversary of arriving Down Under.

Costing $494,400 a piece, just 25 examples are being produced, all of which are finished in a unique ‘Fish Silver Grey’ metallic paint finish inspired by the original colour donned by one of the first two Porsche 356s imported to Australia in 1951. 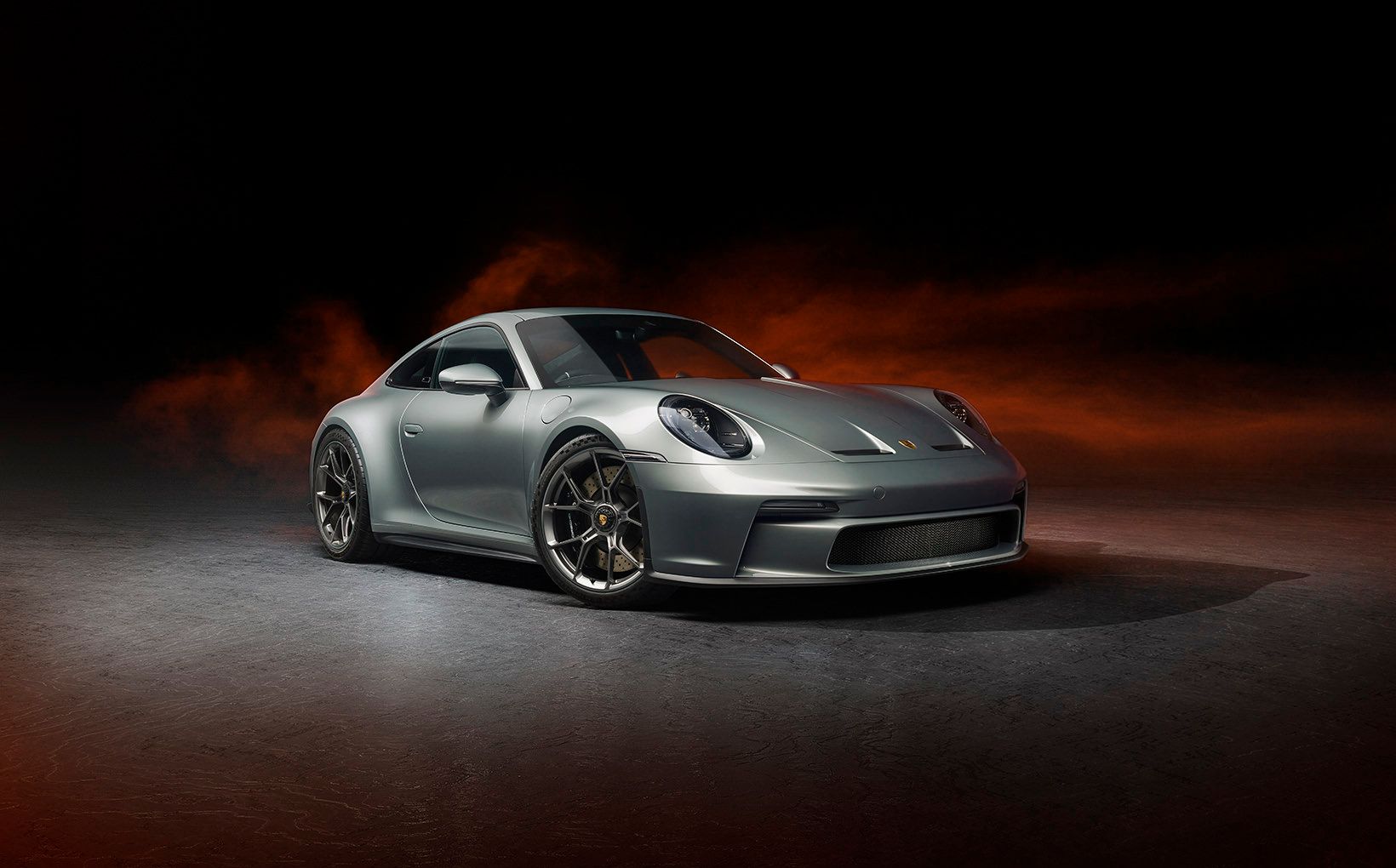 Porsche Cars Australia jumped at the opportunity for a special edition based on a GT car.

According to Porsche Cars Australia (PCA) director of sales and motorsport Toni Andreevski, the anniversary edition “had to be an iconic sportscar that we felt was relevant to our market.”

The anniversary edition reportedly took two years to develop with much of the time taken up perfecting the paint finish.

“We had a little material sample that was sent to us by Porsche Cars Australia and they said ‘we want to have this colour’,” Porsche Exclusive Manufaktur director Boris Apenbrink said. 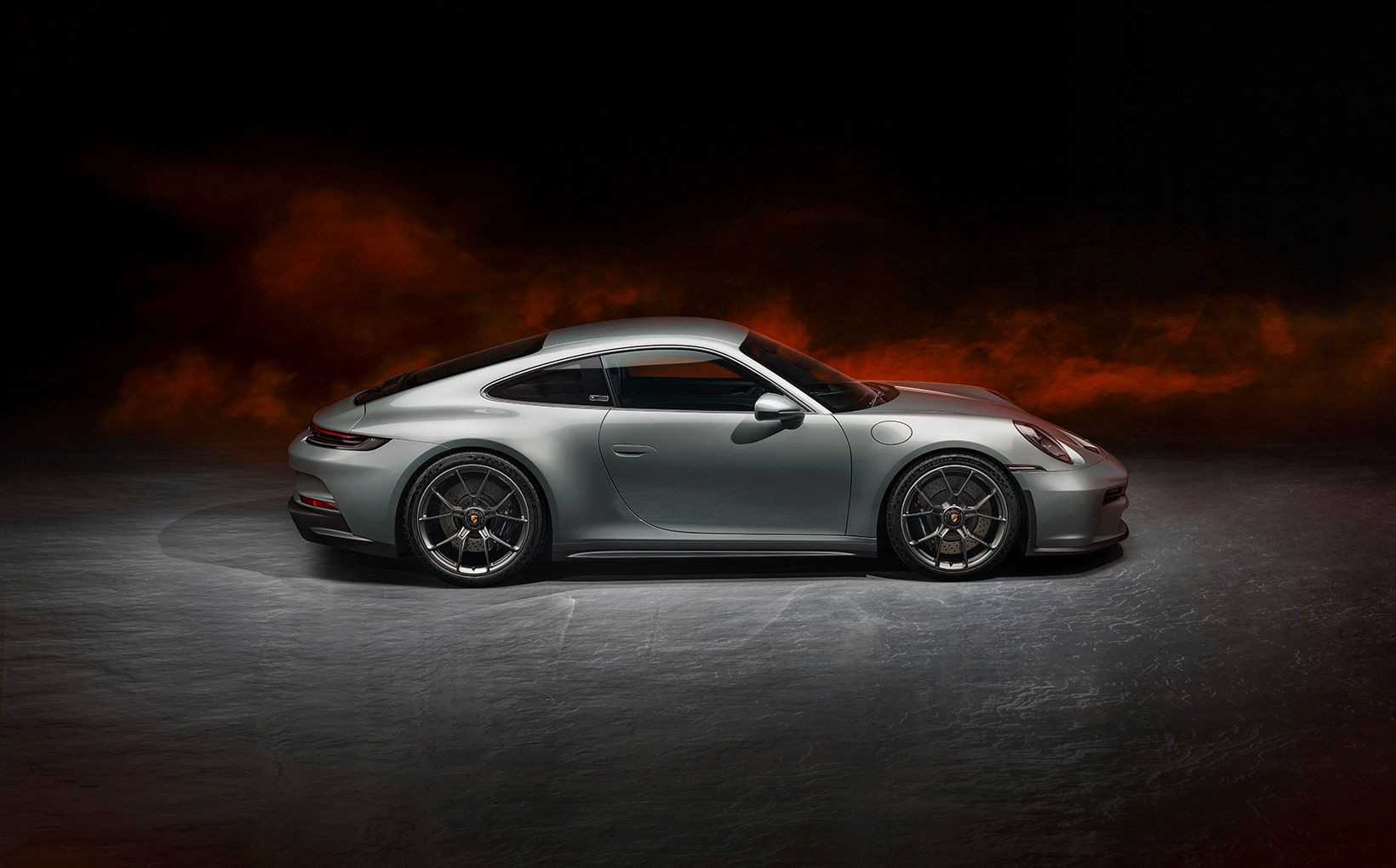 The anniversary edition is a GT3 with Touring Package dripping in bespoke touches.

“There are two Fish Silver Greys in the past and so there was a lot of discussion in the beginning [about] which one is the right one, but fortunately we had the sample – there’s a greyish one and a greenish one from those times.”

Save for the bespoke colour, the anniversary edition boasts a myriad of other upgrades and exclusive touches over the regular GT3 Touring, chief among which is the interior. 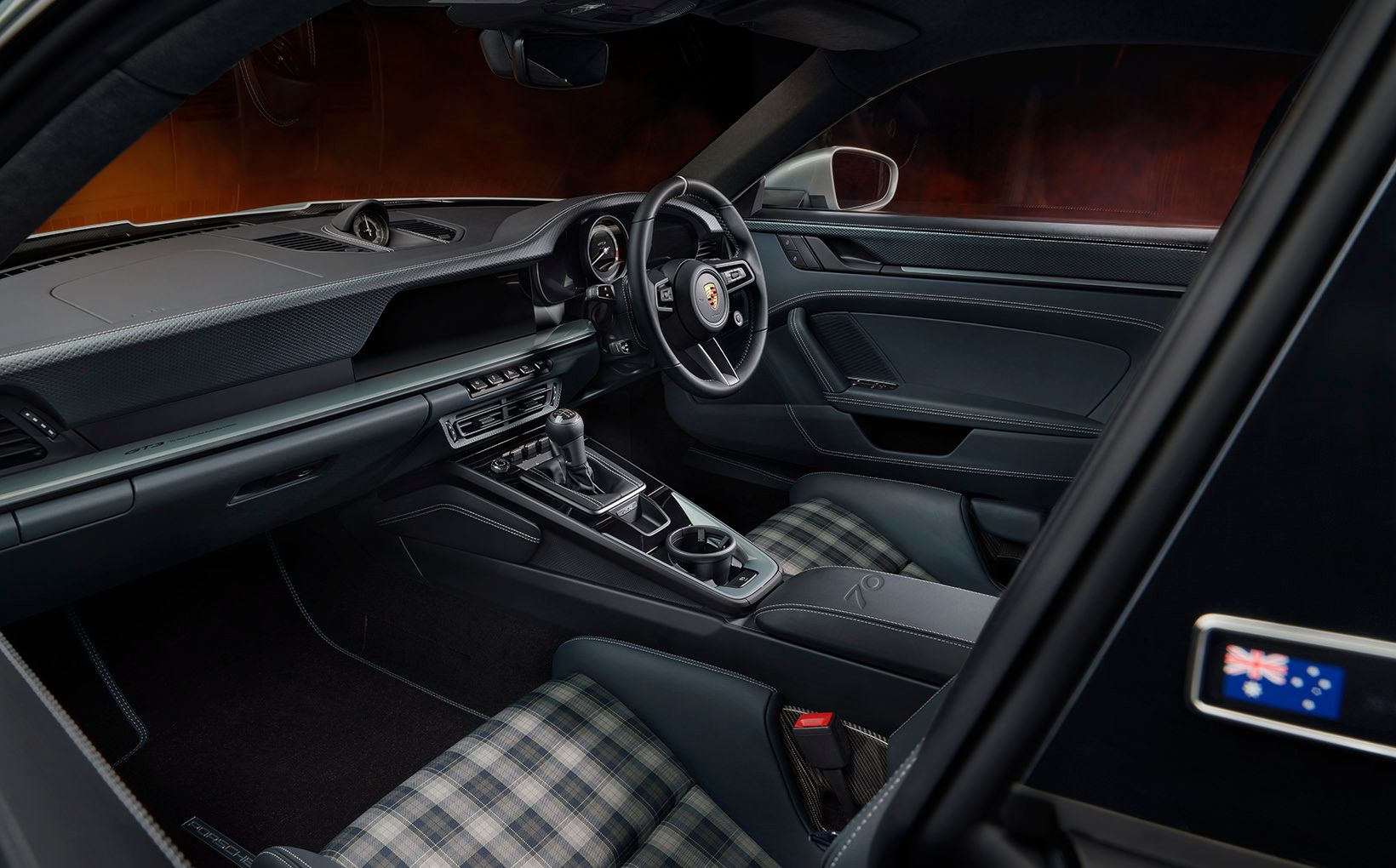 This is the first GT series 911 to not have a black interior.

Other features include a GT3 multi-function sports steering wheel with 12-o’clock marker in ‘Crayon’, Fish Silver Grey metallic vehicle keys, a leather key pouch in black and Graphite Blue with Crayon stitching, and an indoor car cover in Graphite Blue with Crayon piping, ‘GT3 70 Years Porsche Australia Edition’ lettering on the sides in Crayon and a ‘Porsche Exclusive Manufaktur’ logo on the front in Crayon.

Deliveries of the anniversary edition are expected to commence in the final quarter of the year. 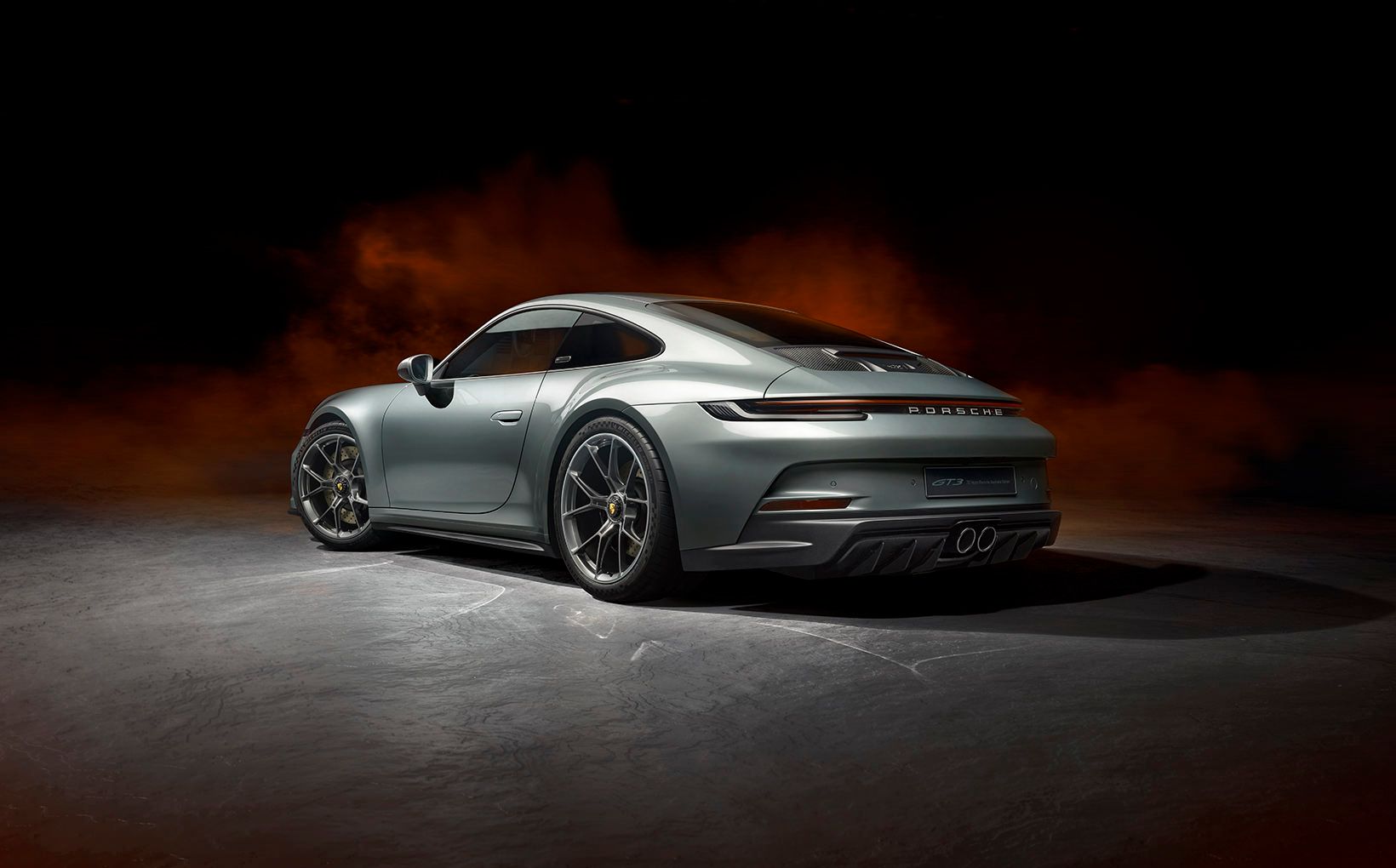 Just 25 examples are being made – all of them for the Aussie market.