When the Porsche Panamera first arrived on the executive car scene in 2009, it caused quite the stir with its divisive looks, eager dynamics and impressive performance.

Well now Porsche has launched a new version, and quite frankly, it blows all of the old models out of the water in terms of performance – the flagship Turbo S is able to top 100km/h in just 3.1 seconds.

The secret to this blistering performance is the 463kW of power and 820Nm of torque generated by its twin-turbocharged 4.0-litre V8, up 59kW/50Nm on the previous Turbo. 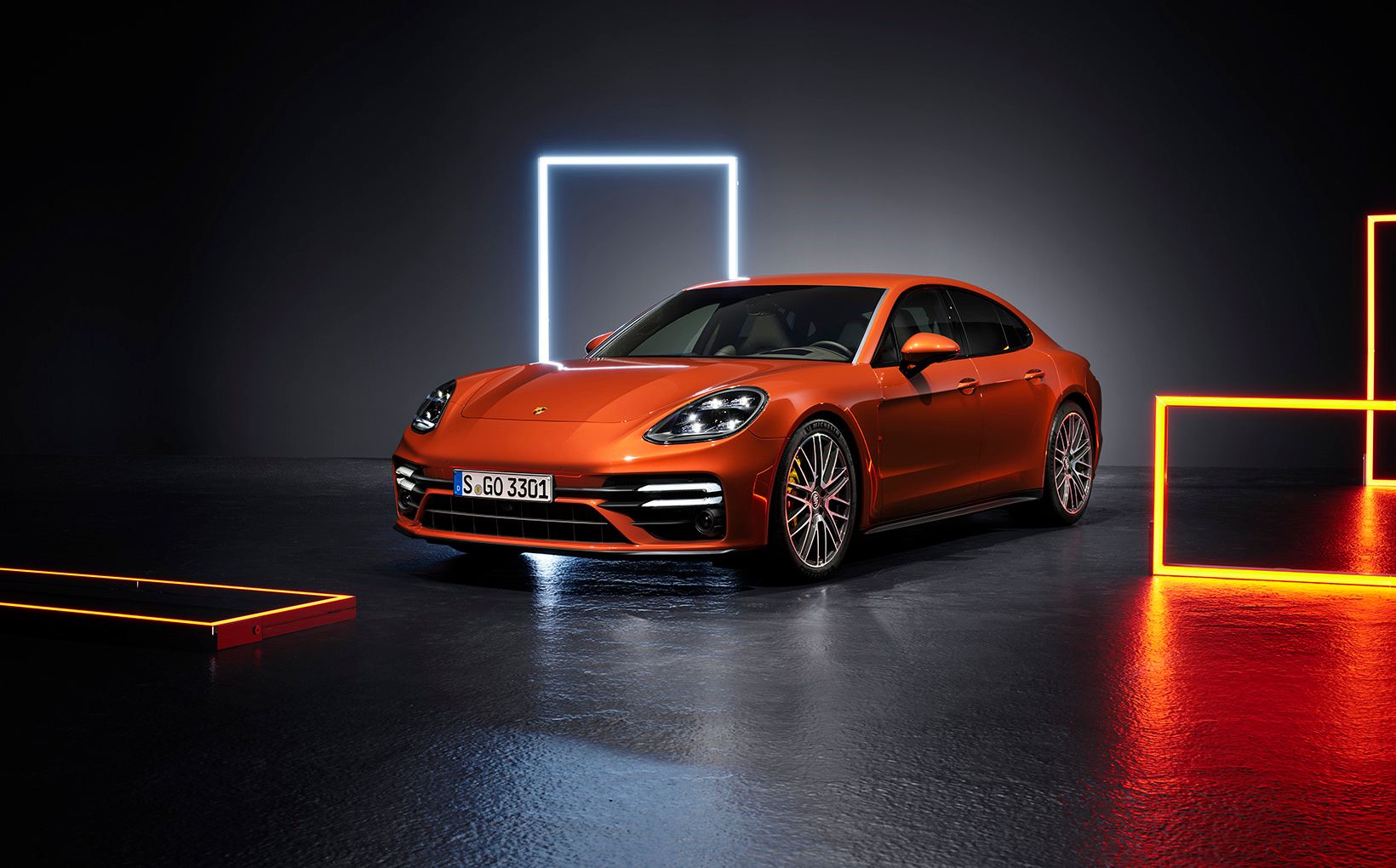 The Panamera’s styling caused waves when it first arrived in 2009, but it has matured nicely and carved out its own unique identity.

This is actually the same engine as found in the outgoing Turbo, however it has been given a “comprehensively overhaul” to help it achieve more power and be more efficient.

It’s not all straight-line go though, with the big sedan lapping the legendary Nurburgring in 7:29.81, faster than any other executive car to date.

This was partly achieved through the masses of power on tap from the brutish V8, but also through a series of variant-specific chassis and suspension revisions designed to make the new Panamera range more dynamic and compliant all in one. 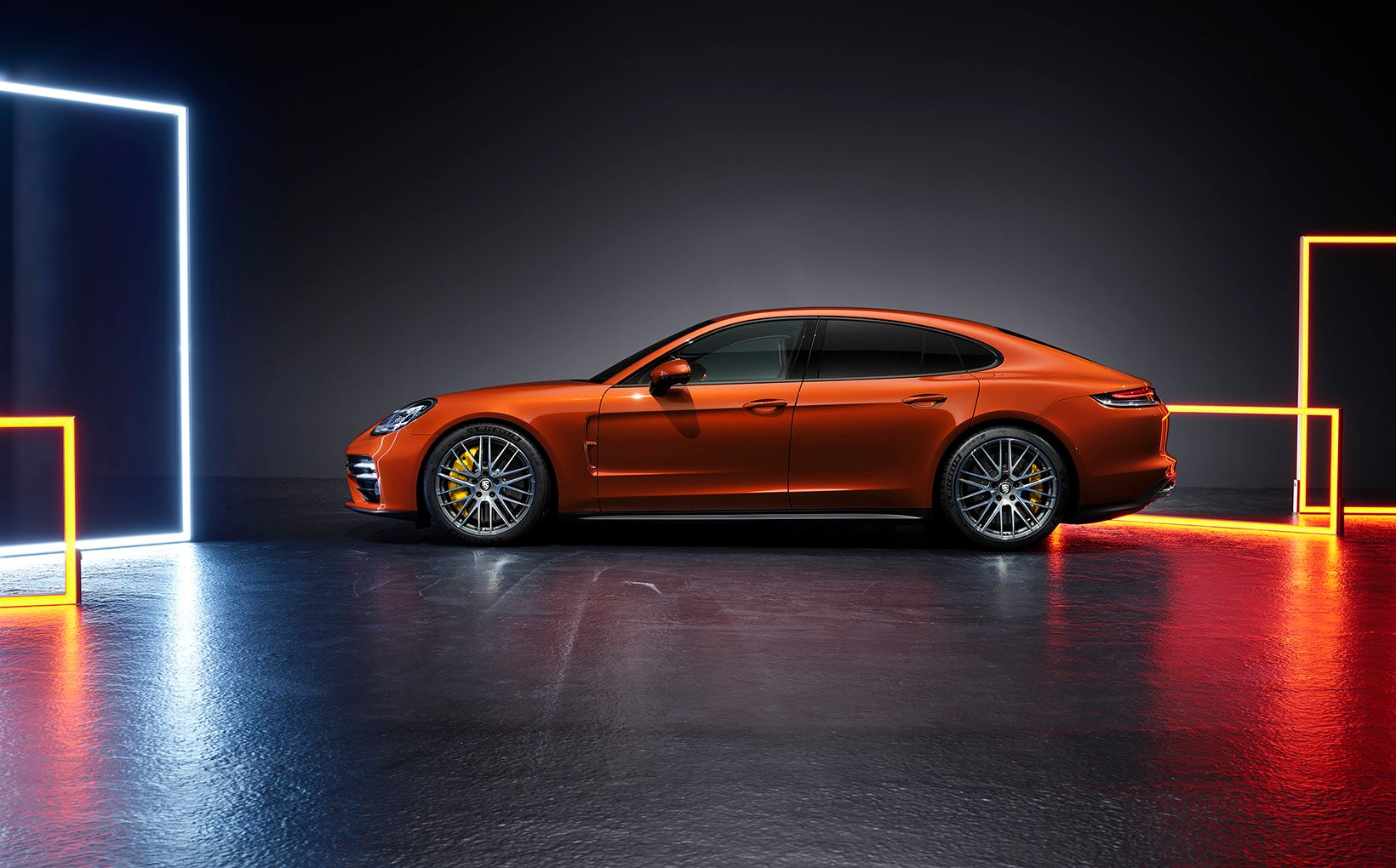 Many changes have been made under the skin of the Panamera to make it as dynamic yet comfortable as possible.

“In order to transfer the enormous power to the road in a controlled manner and maximise cornering performance, the three-chamber air suspension, the Porsche Active Suspension Management (PASM) and the roll stabilisation system Porsche Dynamic Chassis Control Sport (PDCC Sport) including Porsche Torque Vectoring Plus (PTV Plus) have been customised to each specific model and optimised accordingly,” Porsche said in a statement.

As with the rest of Porsche’s range, the different variants within the Panamera line-up can be distinguished through their own unique styling cues and in the case of the Turbo S, this means bigger intakes, body-coloured chin elements, uniquely spaced light modules and a redesigned rear light strip. 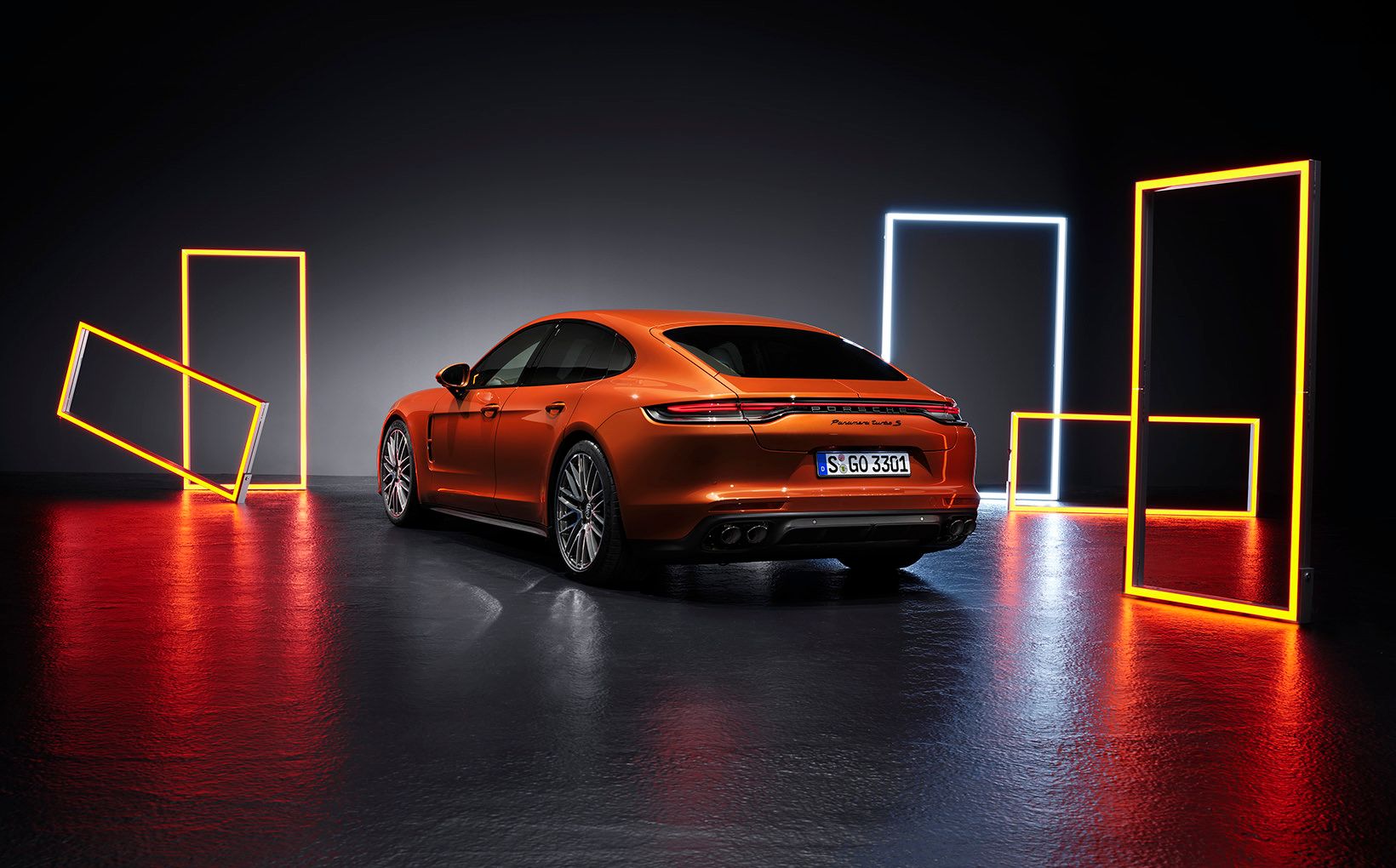 While the Turbo S takes the crown as the most potent Panamera, it is actually the GTS that Porsche has tagged as the athlete of the range with a greater emphasis placed on the driving experience rather than outright performance.

Under the bonnet we find the same force-fed V8 as in the Turbo S, albeit detuned to ‘just’ 353kW/620Nm, however engineers have done their best to make the GTS’ power delivery as linear as possible in a nod to the naturally aspirated sportscars of yesteryear.

Furthermore, the GTS comes as standard with a new sports exhaust system, designed to up the aural stakes and prioritise “the traditional V8 sound characteristics”. 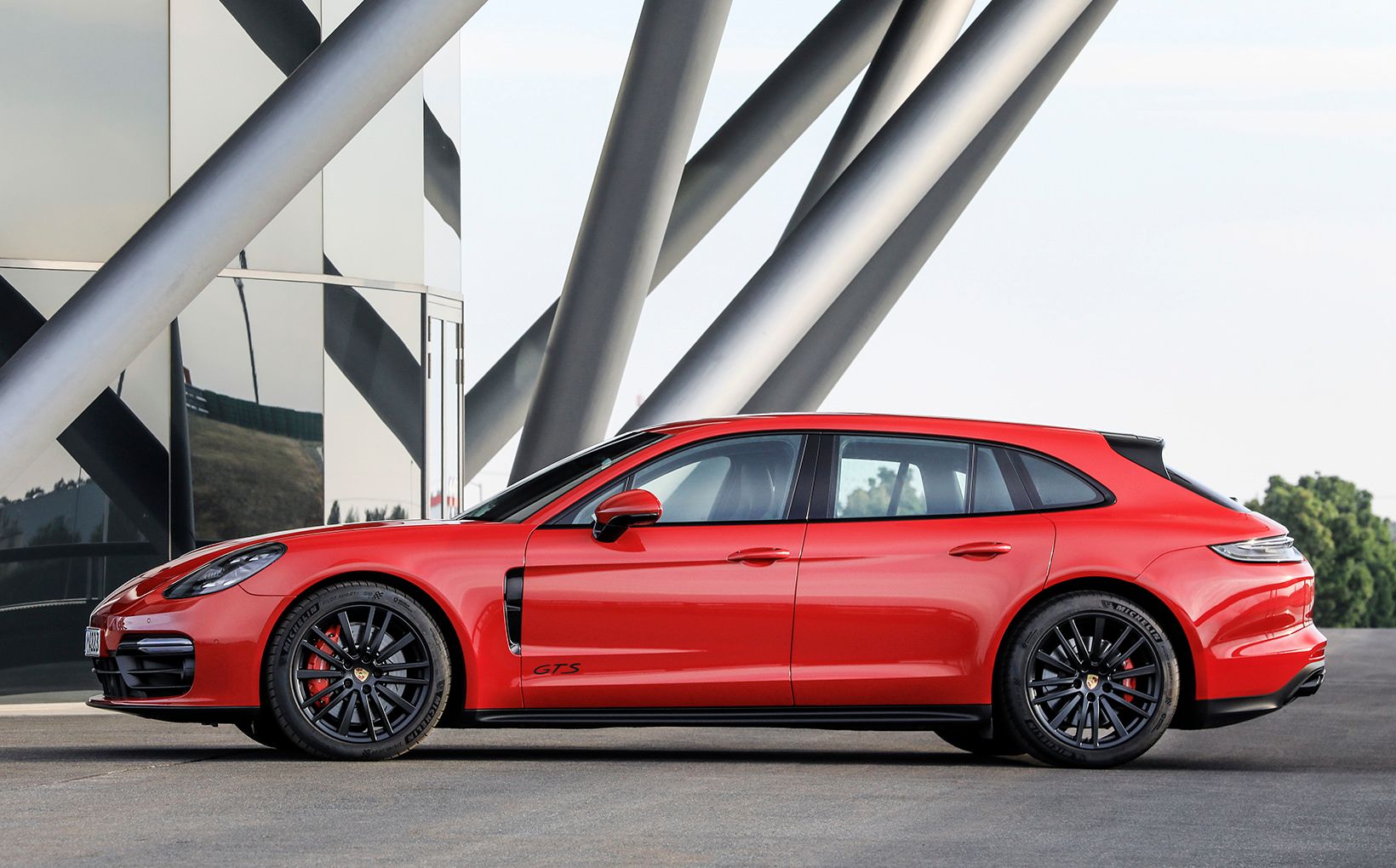 Could the GTS Sport Turismo, perhaps the oddest combination of the bunch, be the best looking?

Compared to the rest of the range, the GTS variants – sedan and Sport Turismo (wagon) – carry a few of their own unique styling cues, most notably darkened ‘Exclusive Design’ tail-light clusters and a 10mm-lower ride height courtesy of its standard sports suspension.

Moving down the range, the $292,300 4S E-Hybrid sits below the GTS in price but certainly not in power, with its twin-turbo 2.9-litre V6 petrol engine being paired with a 100kW electric motor, resulting in a combined 412kW/750Nm.

Despite its weight disadvantage compared to the rest of the range – as is usually the way with hybrids – the 4S E-Hybrid can slingshot still itself from 0-100km/h in 3.7 seconds. 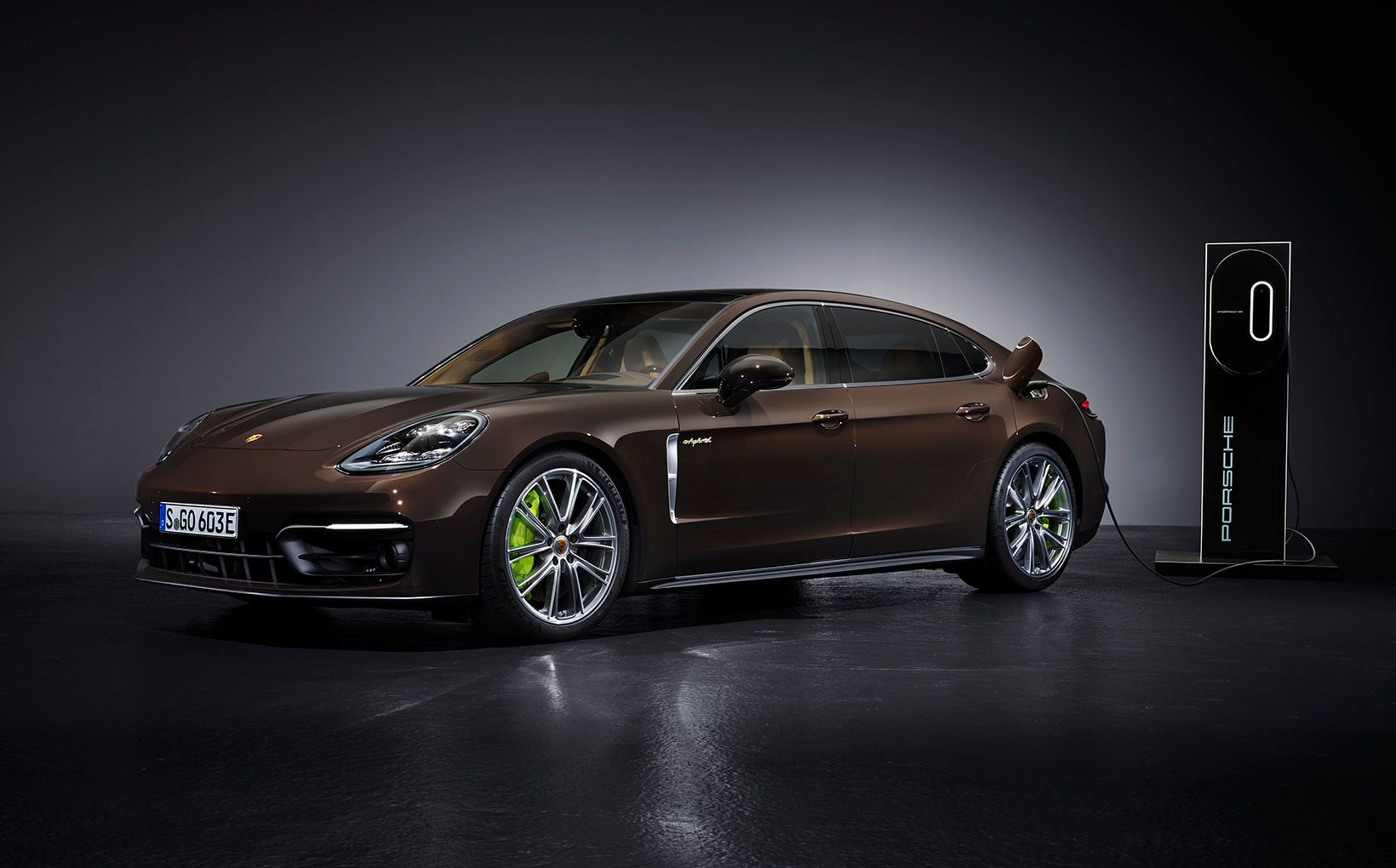 Thanks to its 17.9kWh battery pack, the big hybrid can cruise at up to 140km/h in full electric mode and cover up to 54km on the WLTP city cycle.

Both are motivated by the same force-fed V6 underpinning the 4S E-Hybrid, albeit in a lower state of tune, in this guise developing the same 243kW/450Nm as the outgoing 3.0-litre single-turbo V6. 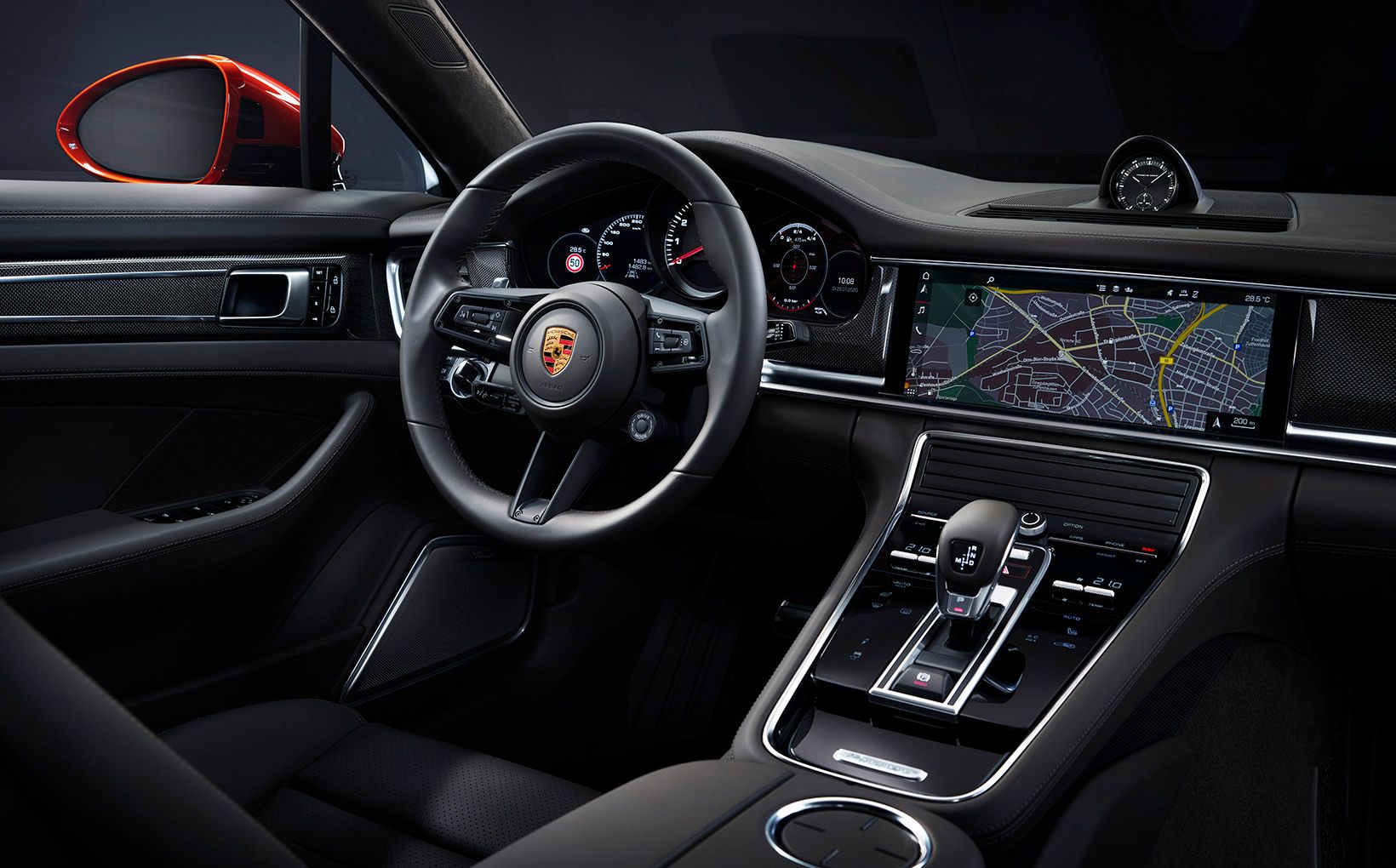 Covering vast distances in supreme comfort is the Panamera’s A-game.

In fact the only difference between the two is the all-wheel-drive set-up of the 4, as indicated by its nameplate and in keeping with the rest of Porsche’s range.

For those chasing something a little more exclusive (read bigger), the 4 is also available in ‘Executive’ (long-wheelbase) and Sport Turismo body styles, with the former carrying a $9500 premium over the regular 4 and commanding an extra $1200 over the wagon. 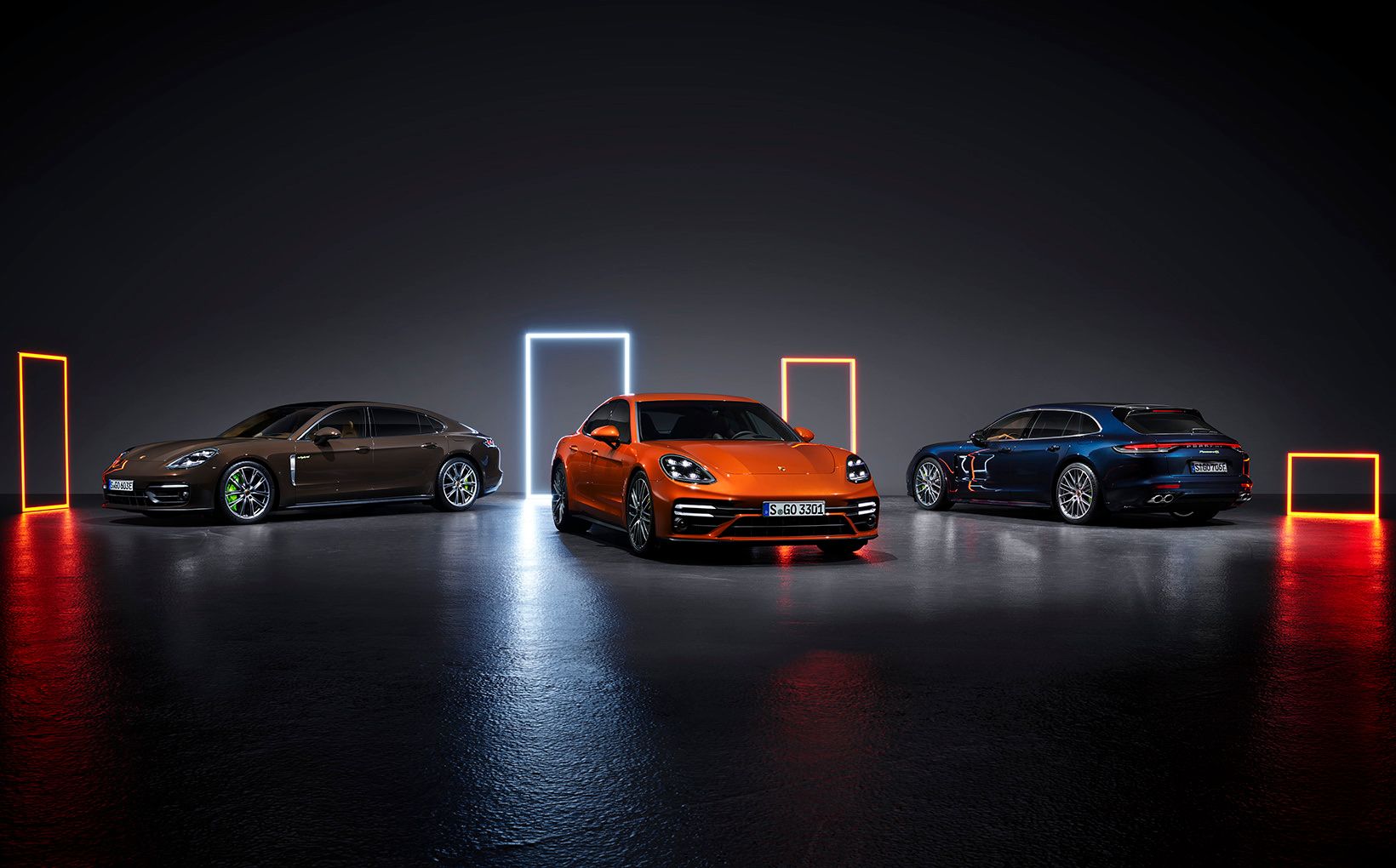 The Panamera range has something for everyone.

Due to touch down on Aussie soil in December, the variants mentioned here are only the initial offerings – Porsche has unofficially confirmed that a new range-topping Turbo S E-Hybrid is headed our way along with an entry-level hybrid while a dialled-back Turbo variant is also expected in coming months.

It may have copped some flack and drawn criticism for its early styling, but the Panamera has matured nicely and has established itself as one of the best executive sedans in the world with more good things to come.