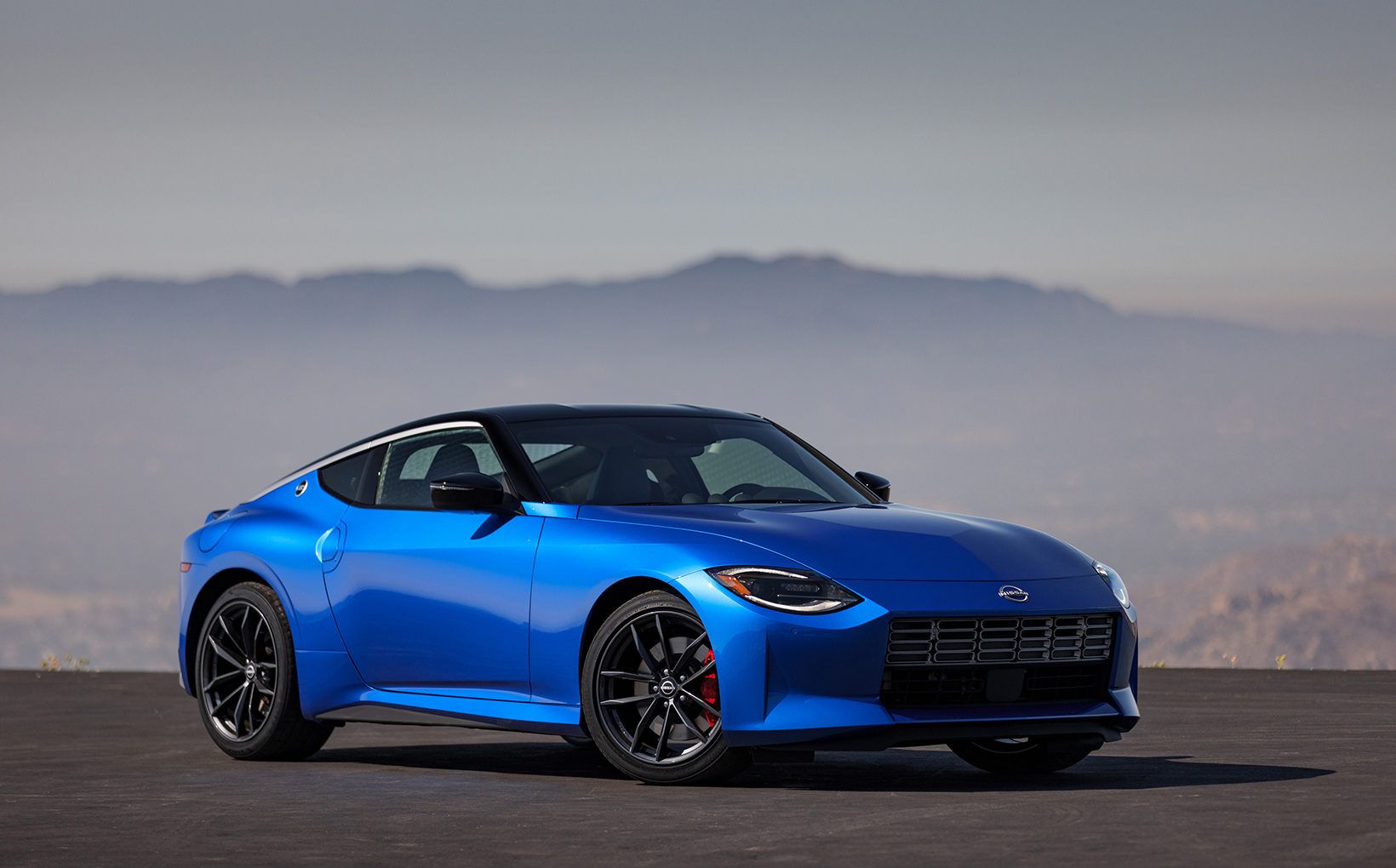 FINALLY, the new Nissan Z is on its way.

AFTER years of waiting, the new Nissan Z car has finally been revealed and as alluded to by the Z Proto seen this time last year, it blends elements from every key Z car to date into one new and modernised package.

Known simply as the ‘Z’, the latest iteration of Nissan’s legendary sportscar is powered by a twin-turbocharged 3.0-litre V6 petrol engine developing a Supra-scaring 298kW/475Nm. For reference, the force-fed straight-six in the Toyota produces 285kW/500Nm.

As ever for a Z car, drive will be shipped exclusively to the rear wheels via either a six-speed manual or nine-speed automatic transmission. 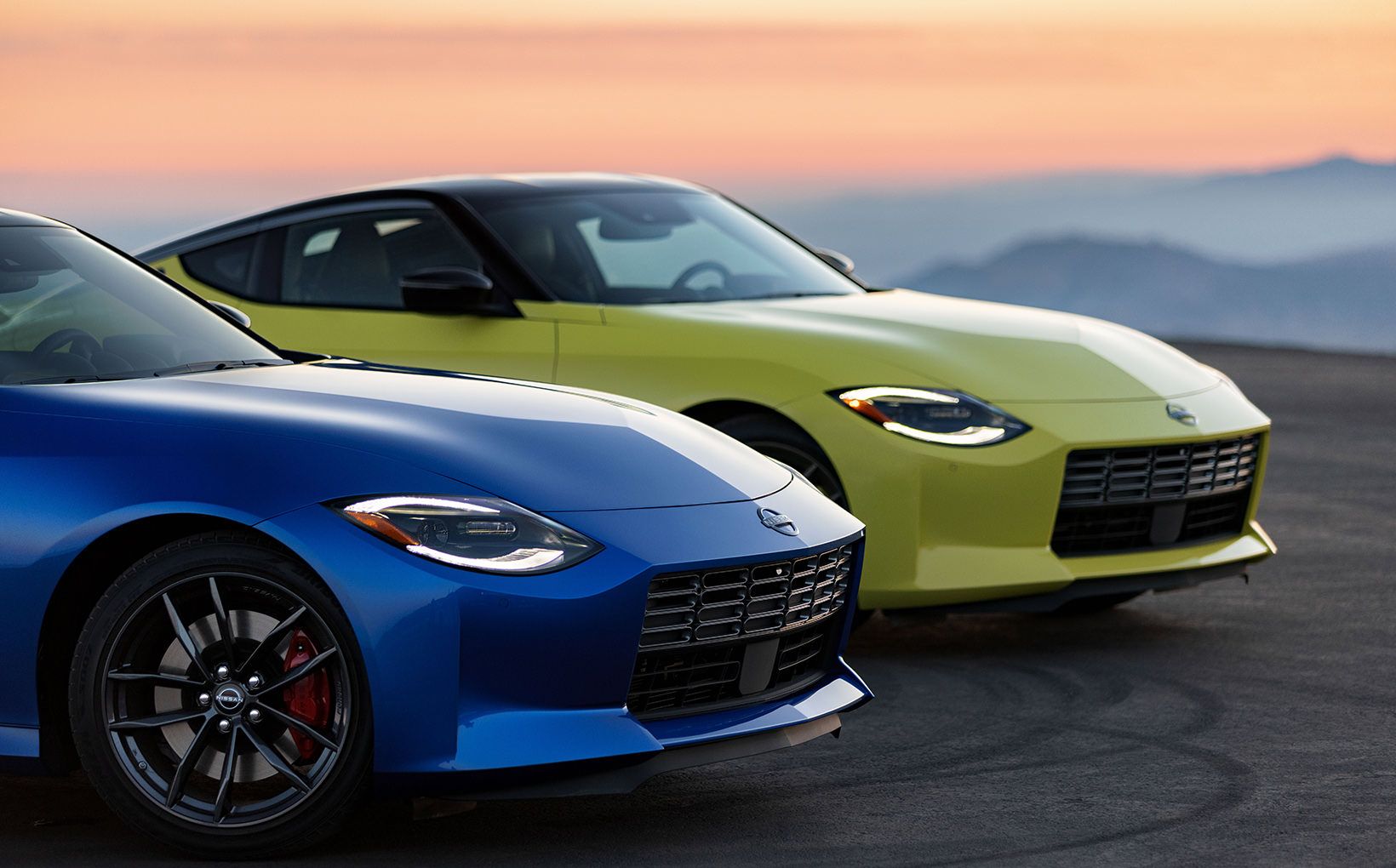 Just like its Toyota rival, the new Z will be offered in two different guises when it arrives in Australia next year with the Performance version one-upping the Sport on account of its extra go-faster gear like launch control, rev-matching, upgraded brakes and a limited-slip differential – among other things.

Official performance claims are yet to be published, however a sub-five second dash from 0-100km/h should be on the cards for the manuals while the automatics, especially the Performance version, should comfortably crack the low fours.

For comparison’s sake, the auto-only Supra stops the clock in 4.1 seconds. 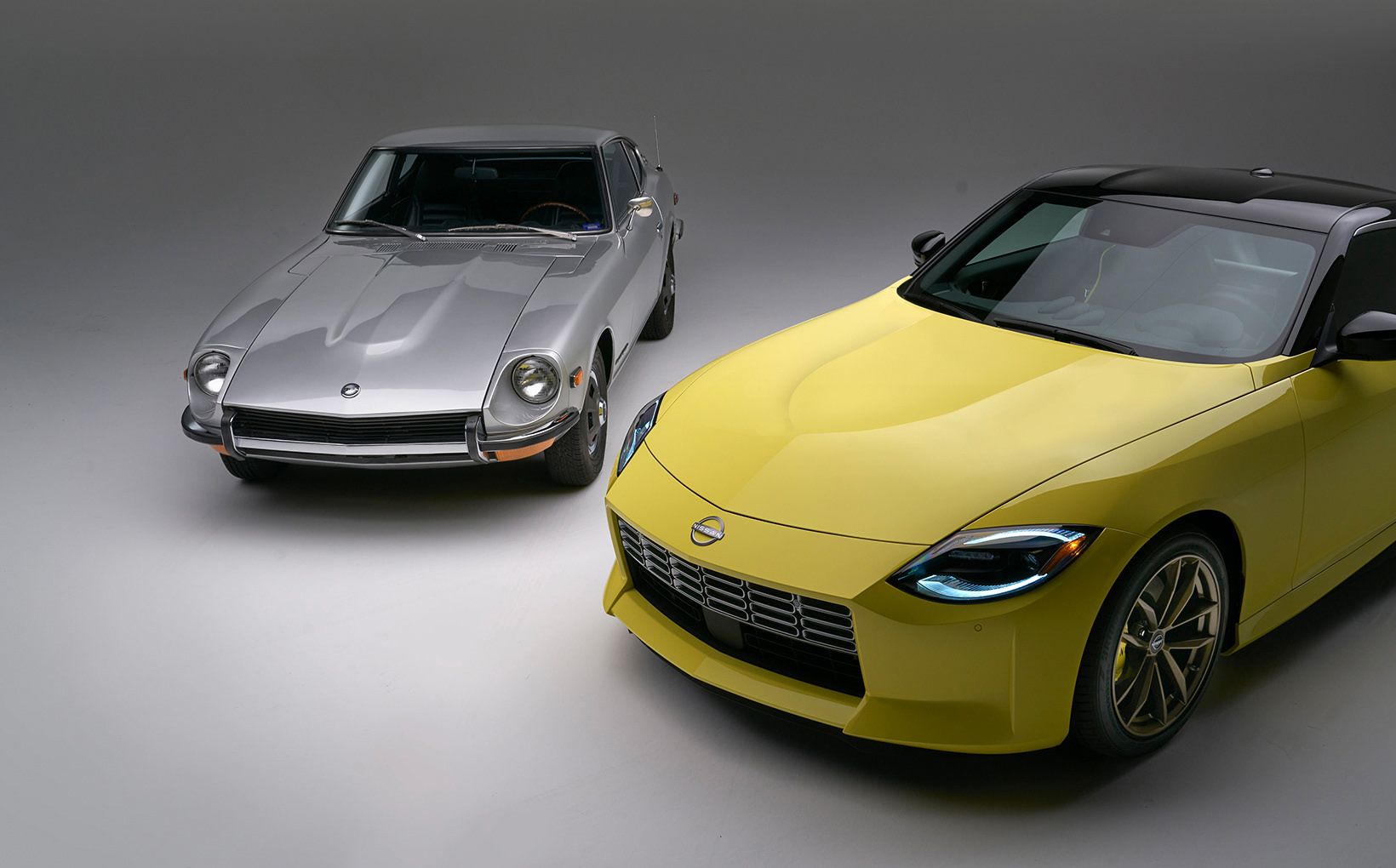 Some of the nods to previous iterations are unmissable.

In terms of styling, there are no great surprises with the new Z thanks to the extensive promotion and coverage of the previously mentioned Z Proto with only a few key details being tweaked here and there.

Fans of the original Datsun 240Z will spot the teardrop-shaped headlights, while 300ZX fiends will notice the Z32-inspired rear end and taillight arrangement.

The cab-back silhouette is a hallmark of every Z to date, with traces of both 240Z and 370Z visible in the roof and hiplines. 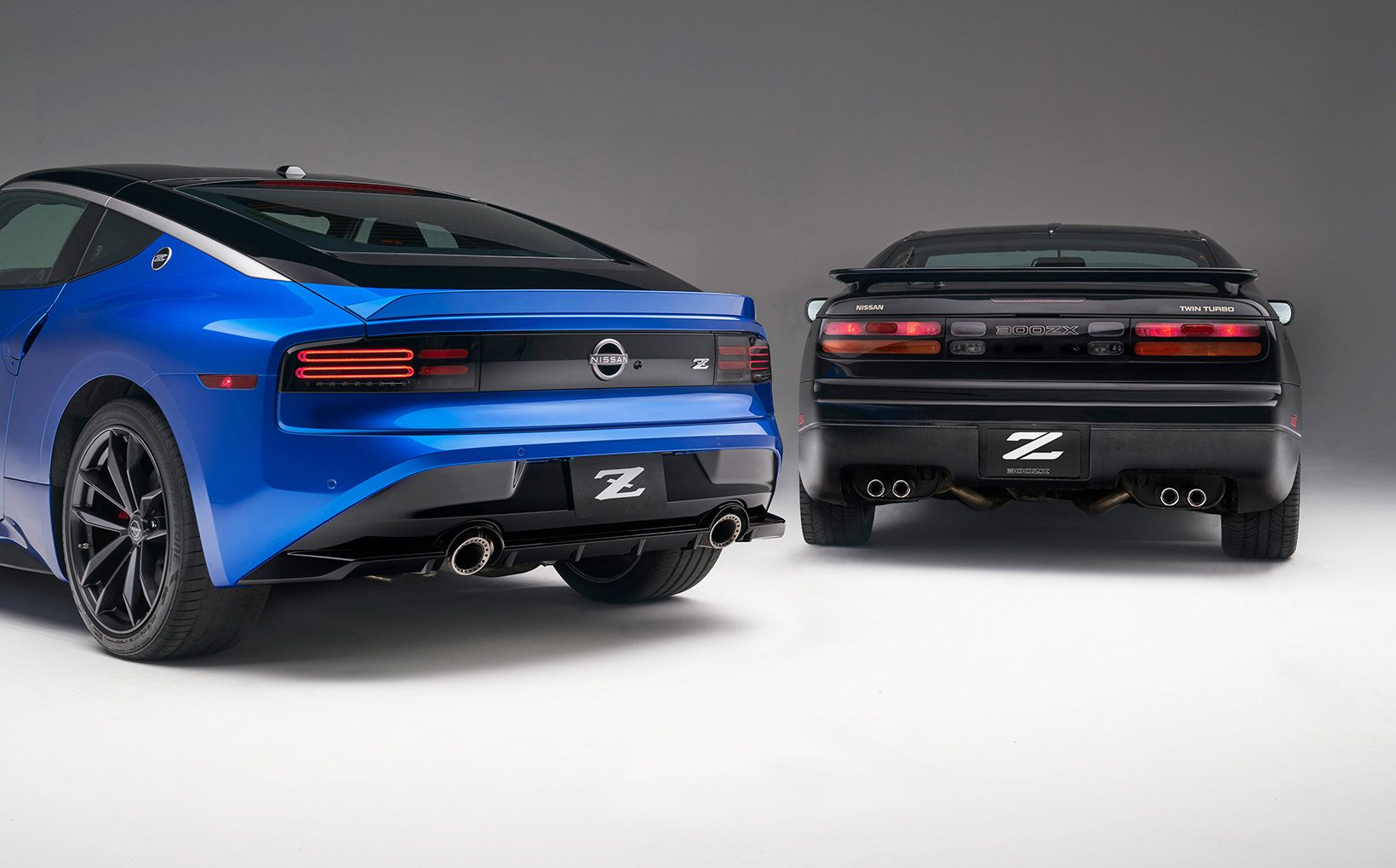 Other classic features could be a little harder to spot.

This retro-meets-modern theme is continued within the cabin too with Nissan saying the interior was “designed to fit the driver and passenger like a glove”.

The classic gauges are underlined by a slim pair of air vents, below which is an 8.0- or 9.0-inch infotainment touchscreen (Sport vs Performance).

If this proves too touchy for some purists, there is a row of physical shortcut buttons and dials underneath with the HVAC controls then filling the gap between the dash and raised centre console. 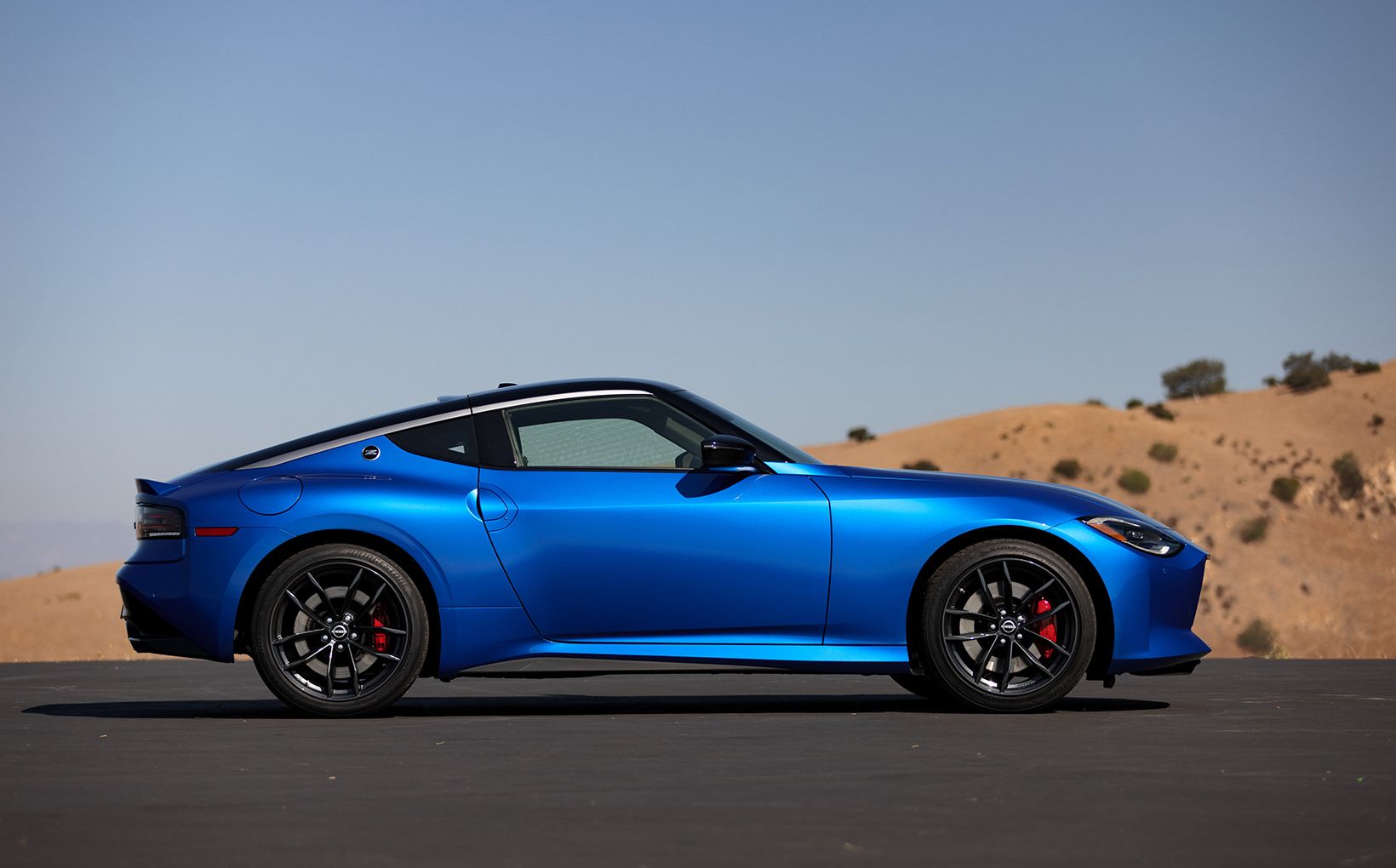 In keeping with classic sportscar ethos, the interior is minimalist in its design; the centre console houses only a single cupholder, a select few buttons (seat heating, boot release, rev-matching and starter) and the gear-lever.

A manual handbrake lever adds an extra level of authenticity while the configurable 12.3-inch digital cockpit and the Z-branded multifunction steering wheel inject a contrasting dose of modernity. 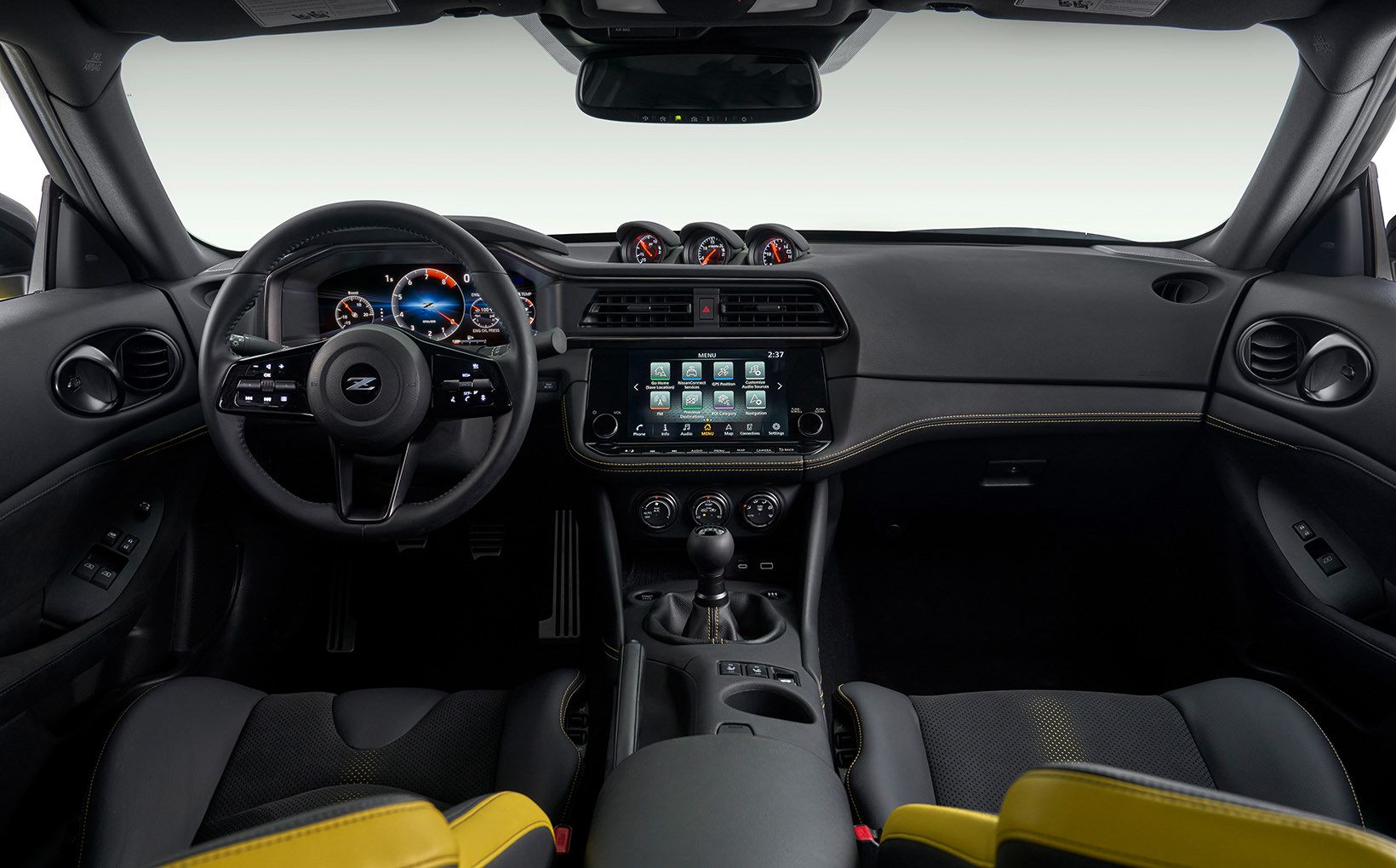 Retro continues to meet modern with the cabin.

While it may be full of classic cues, there’s nothing classic about the Z’s standard safety suite which consists of autonomous emergency braking with pedestrian detection, blind-spot monitoring, lane-departure warning, rear cross-traffic alert, high beam assist and intelligent forward-collision warning among others. 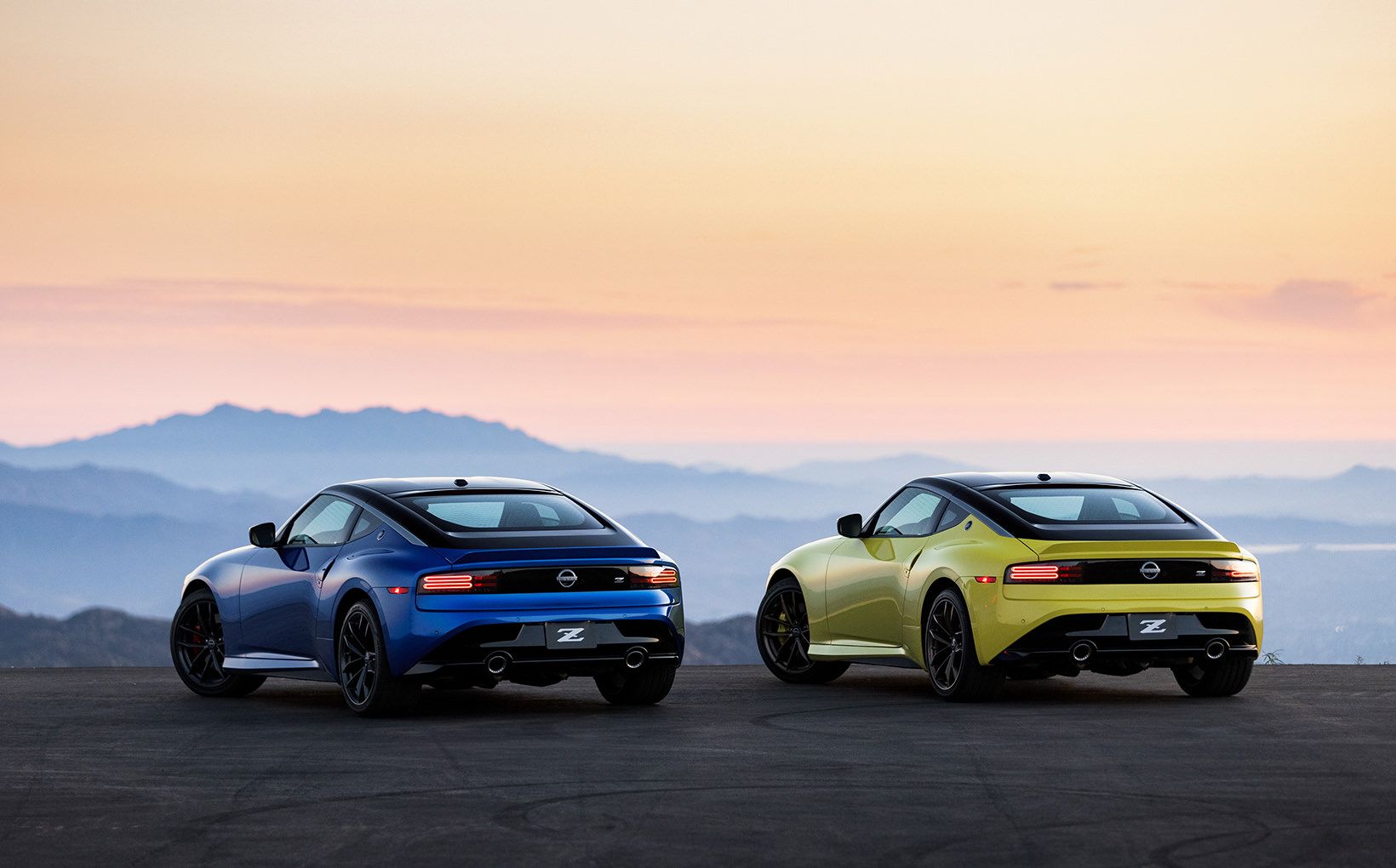 It’s taken a while, but the new Z car is almost here.