Honda’s upmarket brand Acura has given the world its first look at the “aspirational and attainable” new Integra five-door coupe.

Powered by a 1.5-litre four-cylinder turbo-petrol engine from the Honda Civic range, the Acura Integra will be available in the US from 2023 with a sticker price of about $30,000 and it will be available with either a six-speed manual gearbox or an automatic transmission.

It’s the first time the Integra has featured a turbocharged engine and the sporty fifth-generation model made its debut finished in striking Indy Yellow paint, a hue that Acura says pays homage to the famed Pheonix Yellow hue of its iconic 2000-01 Integra Type R. 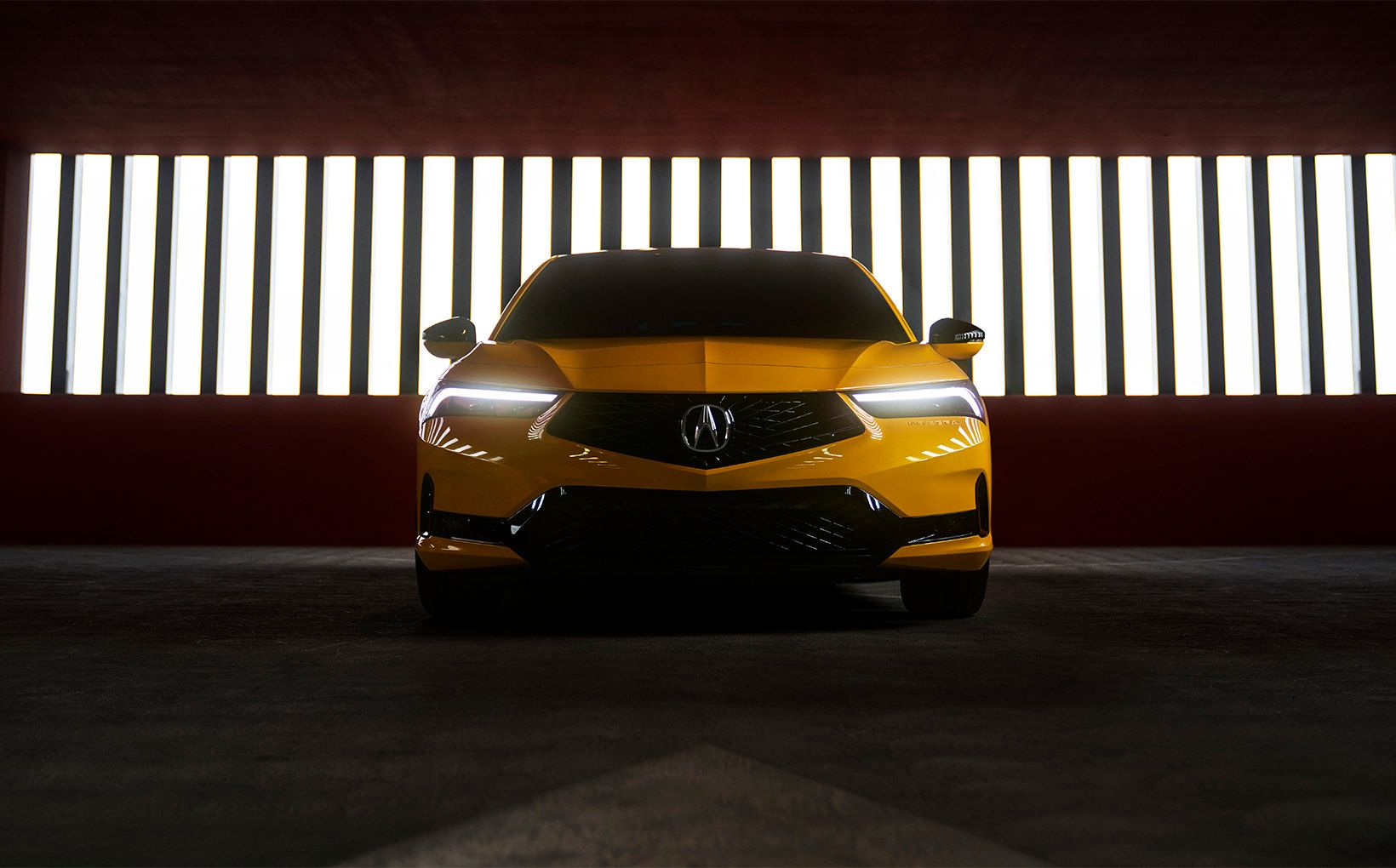 Keen eyes will spot the INTEGRA nameplate stamped in the prototype’s front bumper.

Acura says the Integra prototype provides a “strong indication” of the exterior design that we can expect from the production model, and that the car will exude much of the “fun-to-drive” spirit of past Integra models.

“The Integra is one of the most iconic models in Acura’s history,” said Acura brand officer and president Jon Ikeda.

“This new Integra will continue to deliver on the original’s unique aspirational yet attainable market position, with emotional performance and style, combined with the versatility and utility sought after by today’s buyers,” he added. 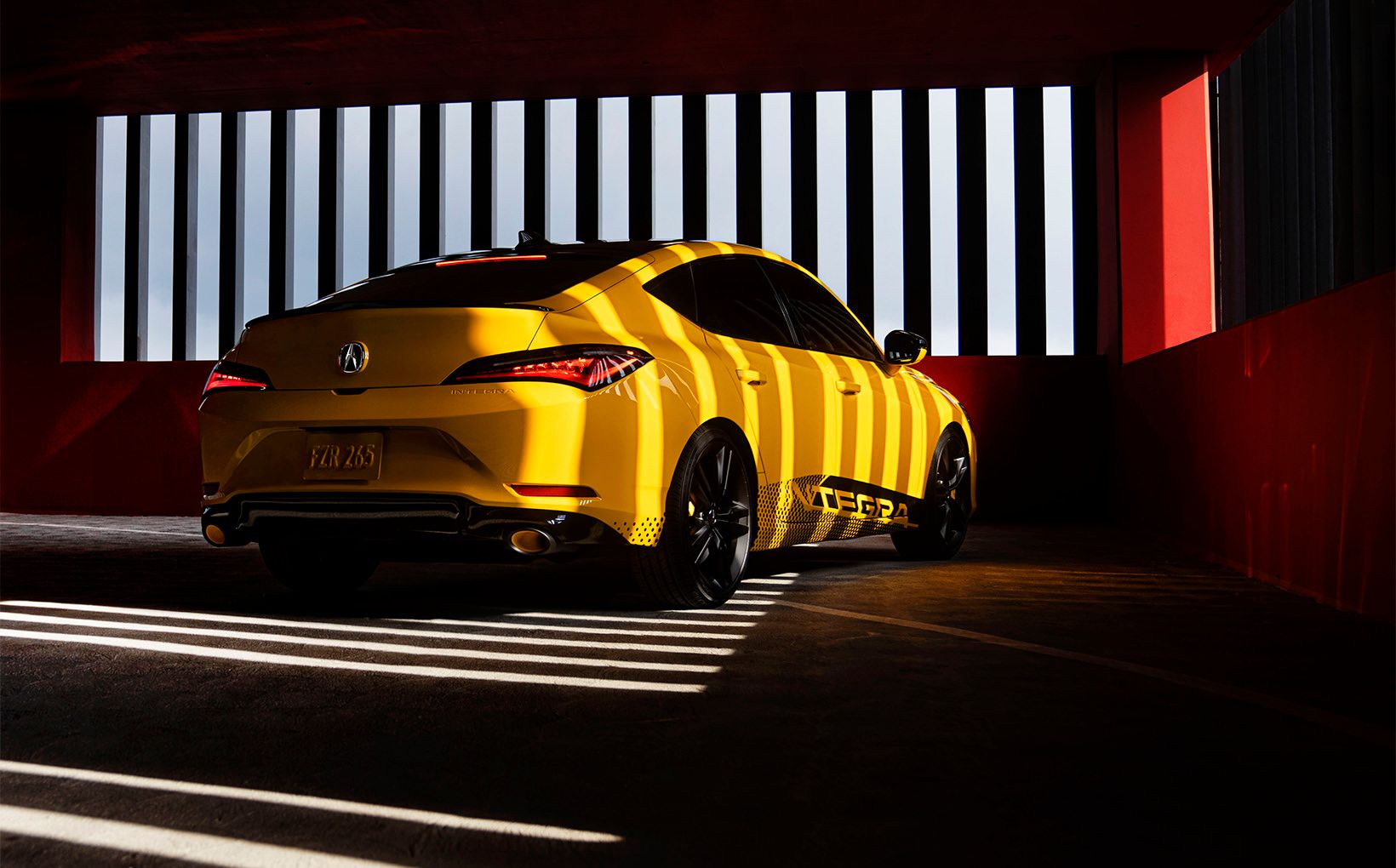 There’s more than a touch of ‘coupe’ about the five-door liftback’s profile.

The Integra shares its platform with the current 11th-generation Civic. It’s front-wheel-driven and fitted with a limited slip differential to better distribute power from the VTEC TURBO engine; the mill is rumoured to deliver comparable outputs to the US-spec Civic Si (150kW and 260Nm).

It’s shared framework also raises the likelihood that the Integra Type R may be reborn, replete with the Civic Type R’s 228kW and 400Nm 2.0-litre VTEC TURBO engine under its bonnet. 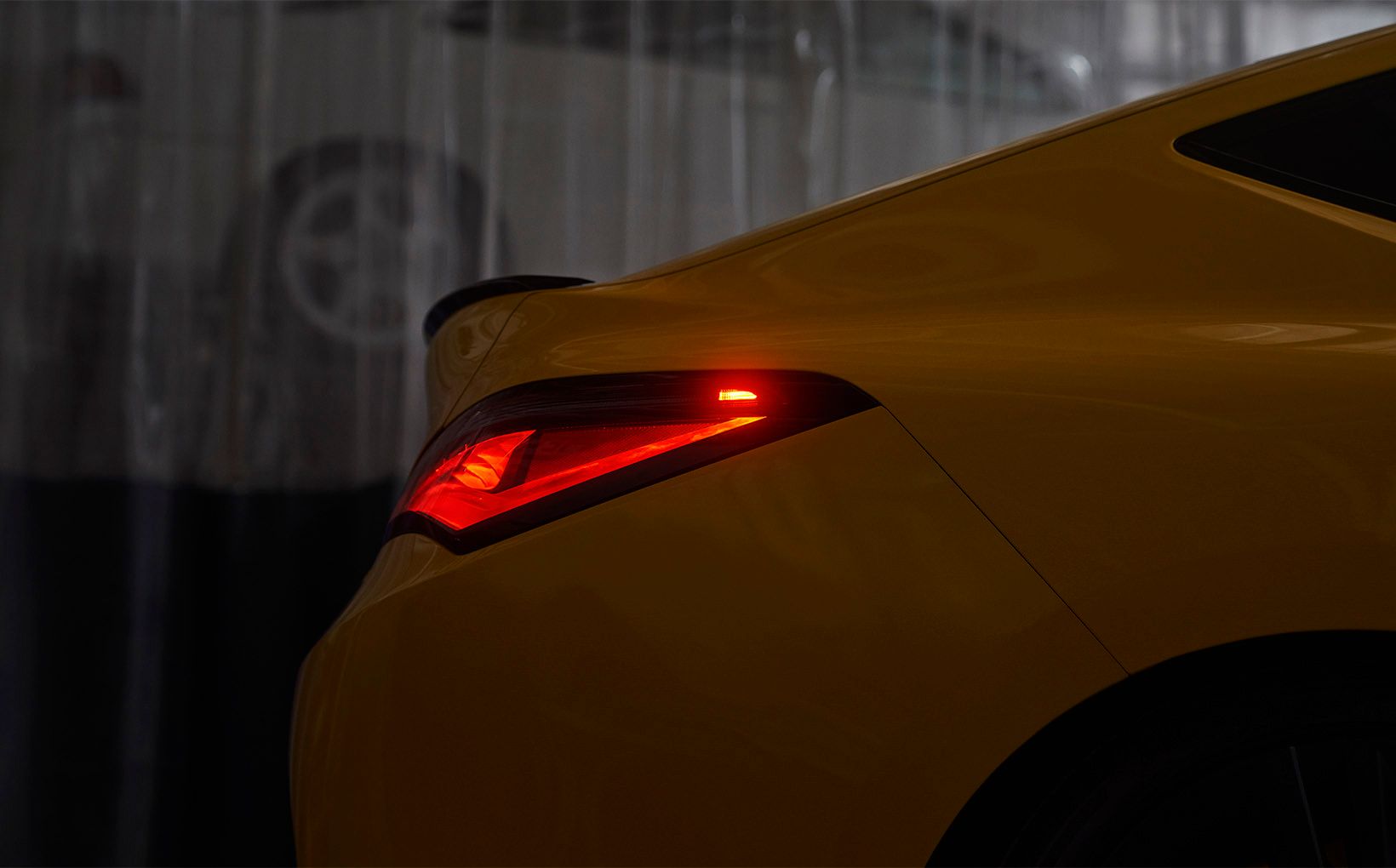 Designed in Japan, the fifth-generation Integra will be built at Acura’s Marysville Auto Plant in Ohio alongside the Acura TLX – essentially an upmarket version of the Honda Accord Euro.

The prototype model recalls many of the styling cues of its predecessor, including the embossed INTEGRA nameplate stamped beneath the driver’s side headlight and passenger’s side tail-light.

Acura says the model carries the frameless Diamond Pentagon grille that premiered on the Type S concept, which lends the front-end a “purposeful and sporty character”.

The grille is flanked by Acura’s unique LED JewelEye lighting signature with Chicane daytime running lights positioned above the headlights to provide “an even more dramatic appearance”. 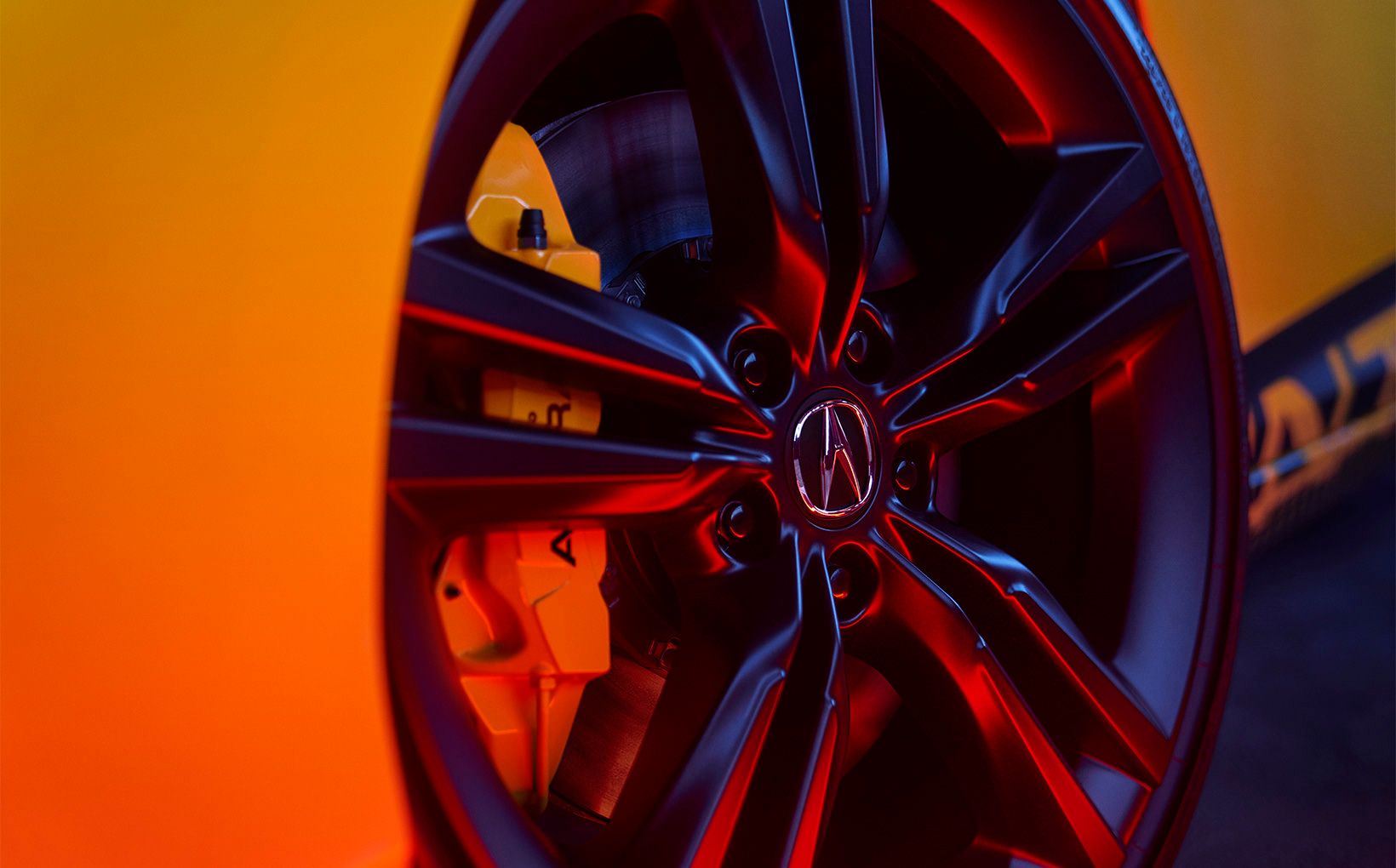 The yellow paint and colour-coded calipers pay homage to the 2000 Integra Type R.

At the rear, the Integra displays broad haunches and an aggressive rear fascia with dual exhaust outlets. The single-piece tail-light clusters feature the same Chicane lighting signature as the headlights and utilise LED lighting to provide outstanding depth and clarity.

The prototype model rides on split-five-spoke 19-inch alloy wheels and, like the now-legendary DC2R Integra of 2000, stopping power comes courtesy of high-performance Brembo brakes – this time colour-coded in Indy Yellow. 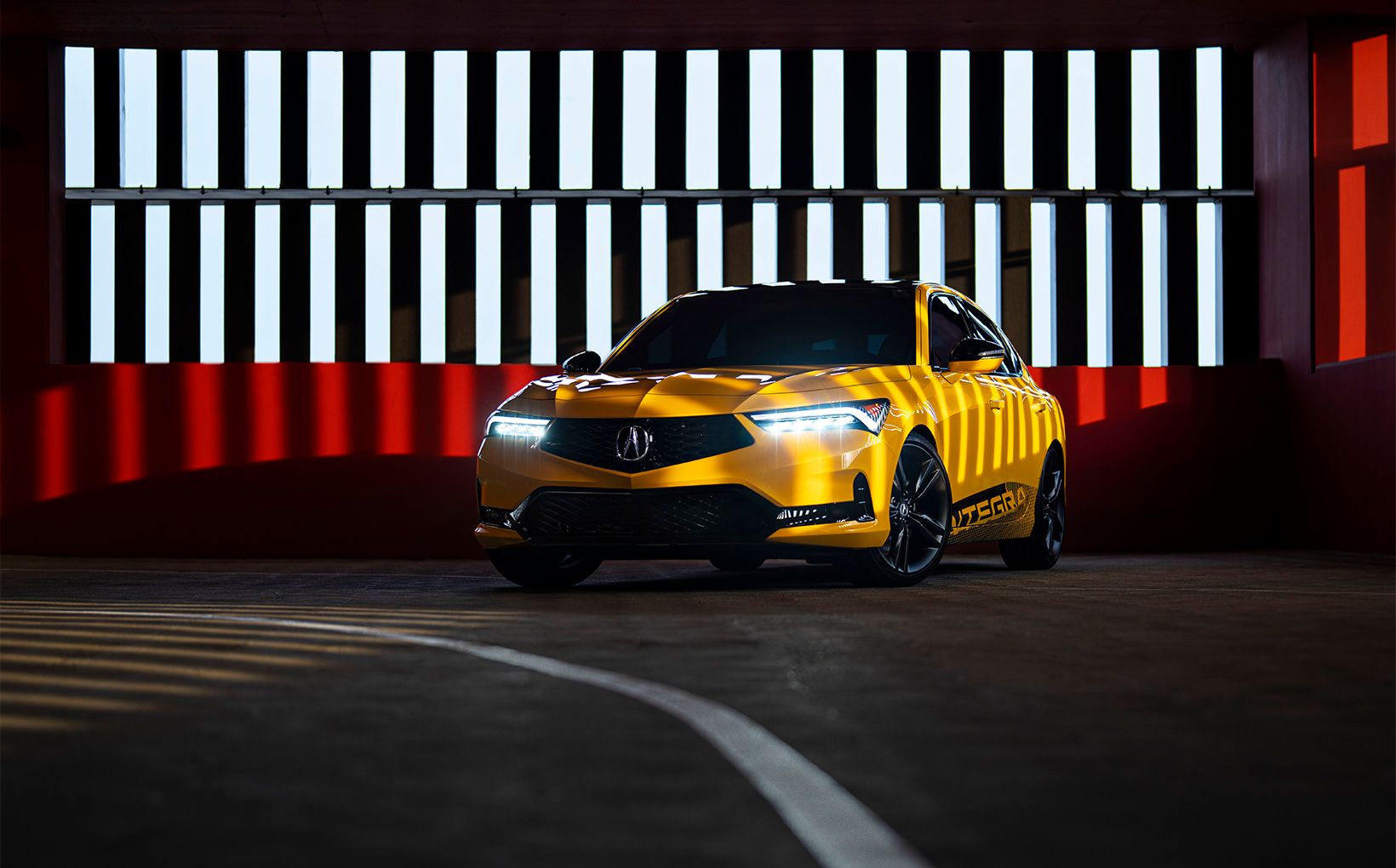 There’s also a not-so-subtle nod to the 90s in the Integra’s side graphics.

The first-generation Integra debuted in 1985 and the three-door hatch was eventually offered as a five-door hatch in selected markets (it was sold in Australia as a Rover416i).

Closely related to the Civic, it went on to spawn the second-generation Integra in 1989, which was the first model to feature Honda’s well regarded VTEC engine technology; it produced a peak power output of 125kW from its 1.8-litre four-cylinder 16-valve motor.

The third-gen Integra (with its “spider eyes” frontal treatment) arrived in 1993; the Type R version of that model delivered 147kW and had a rev limit of 8700rpm, to gift the model a claimed 0-100km/h time of 6.1 seconds. The third-generation Integra was also available with all-wheel drive. 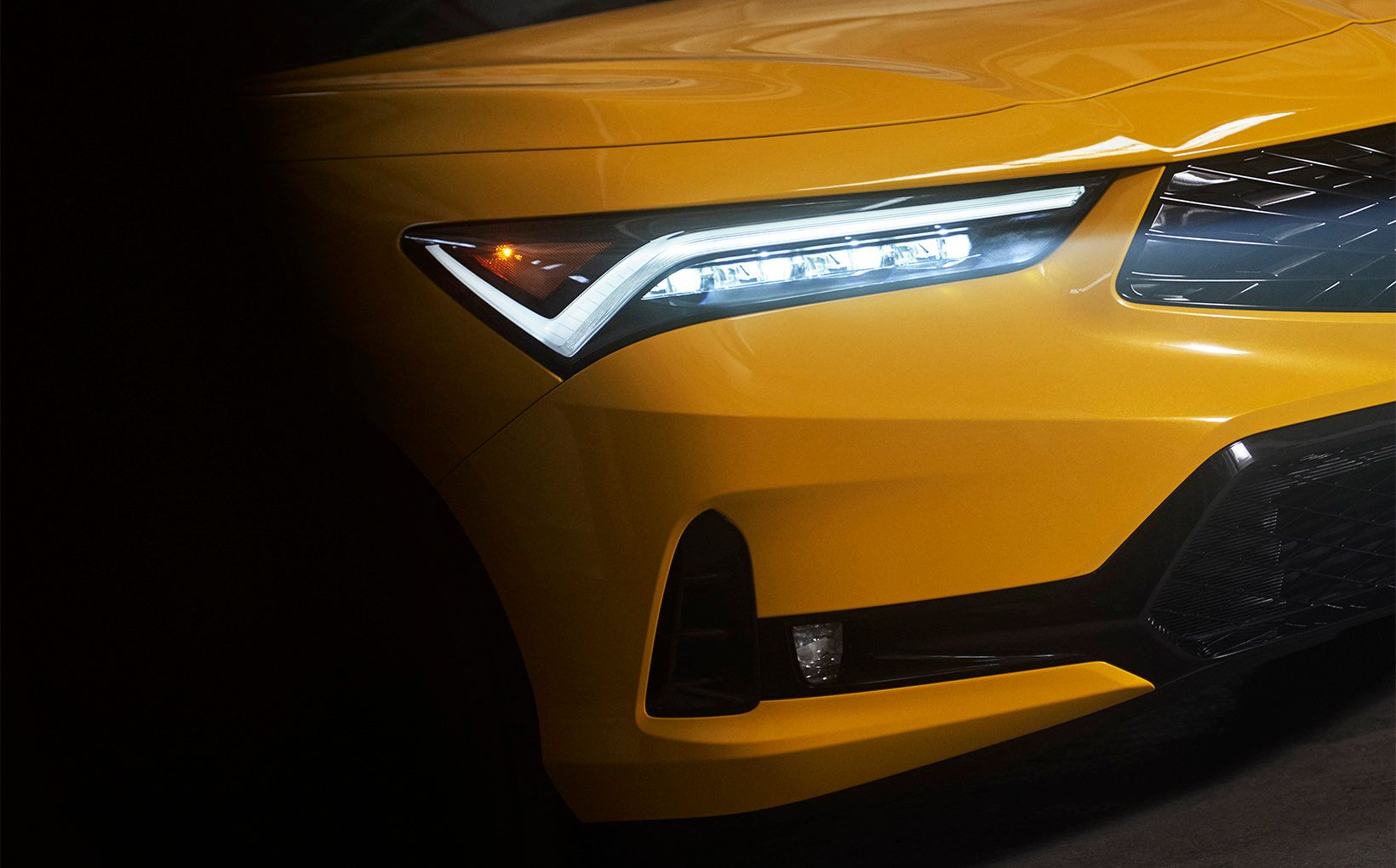 The detail in the Diamond Pentagon grille and JewelEye LED headlights is impressive.

The Integra was discontinued in 2006.

GoAuto understands that, at this stage, Acura has no plans to produce a right-hand drive version of the Integra, which means a Honda-badged model is unlikely to grace Australian showrooms.