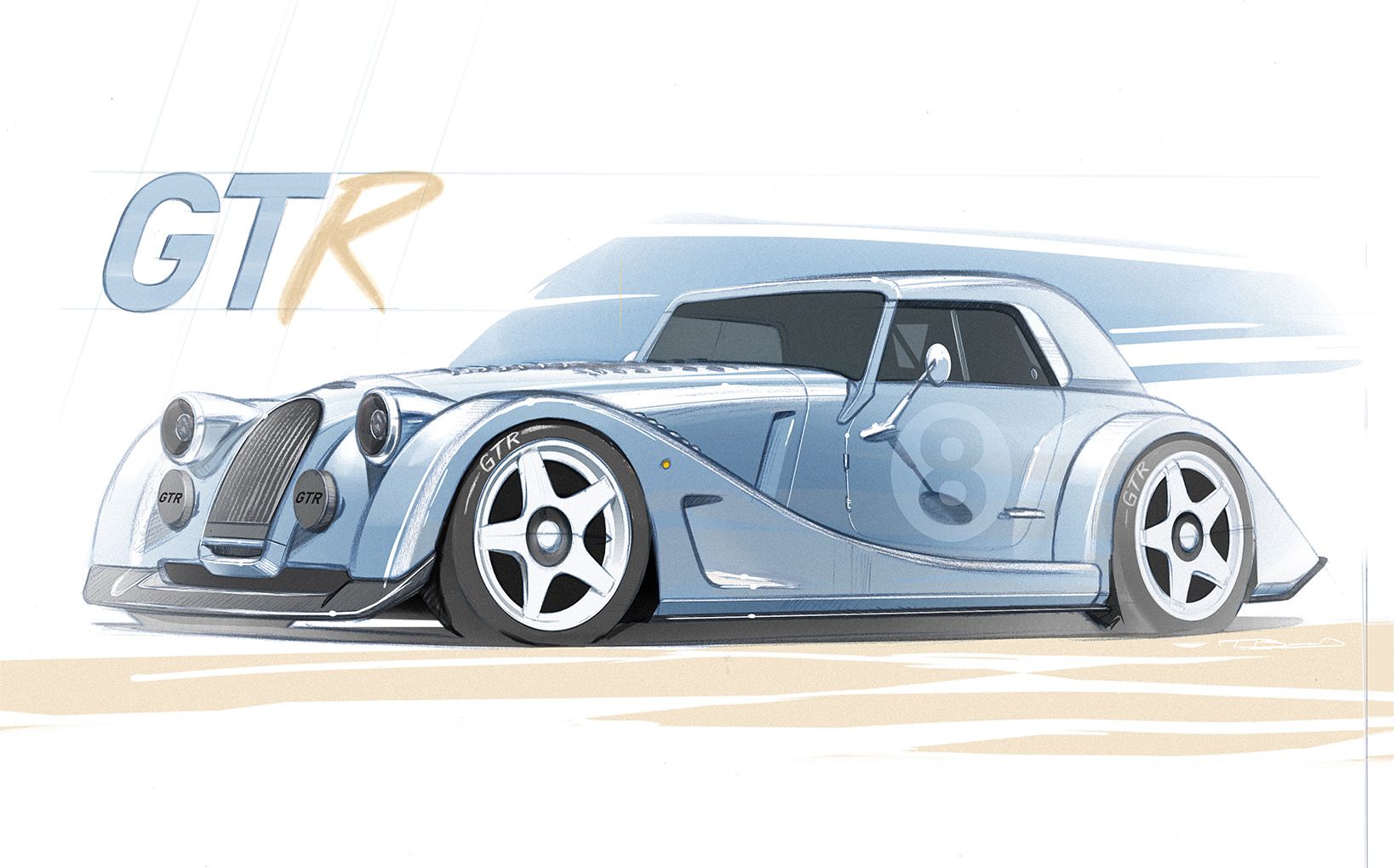 CAN you name another car brand besides Morgan available in Australia that has maintained such a classic sense of styling throughout its existence?

Sure, the Porsche 911 has followed the same basic design recipe throughout its lifespan but the new 911 still looks thoroughly modern.

All of Morgan’s cars meanwhile look like they’ve come straight from the 1950s and earlier – it’s pretty much the brand’s signature.

For a long time the other things Morgan was known for were the wooden chassis underpinning their cars, but those days are behind us now with aluminium taking over.

Some of the very first bonded aluminium platforms were used in late model Plus 8s with a special batch allocated for a mystery external project that was eventually put on ice.

Now however, those nine bespoke chassis’ are being repurposed to create the Plus 8 GTR; a super-limited run of “gloves off” sportscar designed to deliver the rawest Morgan driving experience yet.

All built before 2018, the donor platforms are unused and will be paired with the iconic BMW-sourced 4.8-litre V8 – the same one that powered the Aero 8.

In standard form the V8 produces 270kW of power, however Morgan is promising a range of select mechanical upgrades which could ultimately see power be nudged toward the 300kW mark, however no specifics have been revealed just yet.

We can confirm however that despite there only being nine Plus 8 GTRs in the pipeline, there will be the choice of either a six-speed manual or a six-speed ZF automatic transmission available, although the final production split is also yet to be confirmed.

Such is the secrecy and newness of this project, Morgan hasn’t even released any promotional or teaser images… just a concept sketch.

From this sketch we can ascertain the Plus 8 GTR will sport all of the usual Morgan styling cues, albeit turned up to 11.

Befitting of the GTR nameplate, it will brandish a far more aggressive body kit and front lighting signature than its regular Plus 8 counterparts as well as large-diameter, centre-lock alloy wheels, a higher shoulder line and a hard-top roof.

When all is said and done, Morgan says the Plus 8 GTR will launch by the end of the year and deliver a “raw, visceral, loud” driving experience in keeping with the racecars that inspired its creation.

Morgan head of design Jonathan Wells said that while the project may not seem like the most obvious undertaking at this point in time, it was too good of an opportunity to pass up.

“When the opportunity presented itself to recommission a number of rolling chassis and create an exciting special project such as Plus 8 GTR, we embraced it fully,” he said.

“This project has allowed Morgan’s design and engineering teams to revisit some of their favourite elements of past Morgan models, as well as experiment with some features that we hope will appear on future Morgan cars.”

In summary then, the Plus 8 GTR looks set to provide a very select few fans with a raw and aggro driving experience that could only be described one way… old school.

The Plus 8 GTR will combine a light but stiff chassis and what’s sure to be a low kerb weight with a thumping great V8 and a manual transmission (we suspect this will be the overwhelming preference).

Throw in that gorgeous classically-inspired styling, it certainly looks to be a tantalising recipe… if only there could be more!