Though an argument could be made that the BMW X5 xDrive45e is leading the charge (pun intended), the Bavarian SUV isn’t much of an off-road animal is it?

Look then to Land Rover and its latest Range Rover to marry the rough-road ability and electrified powertrain then, as the brand introduces a new challenger to the upper-large SUV segment. 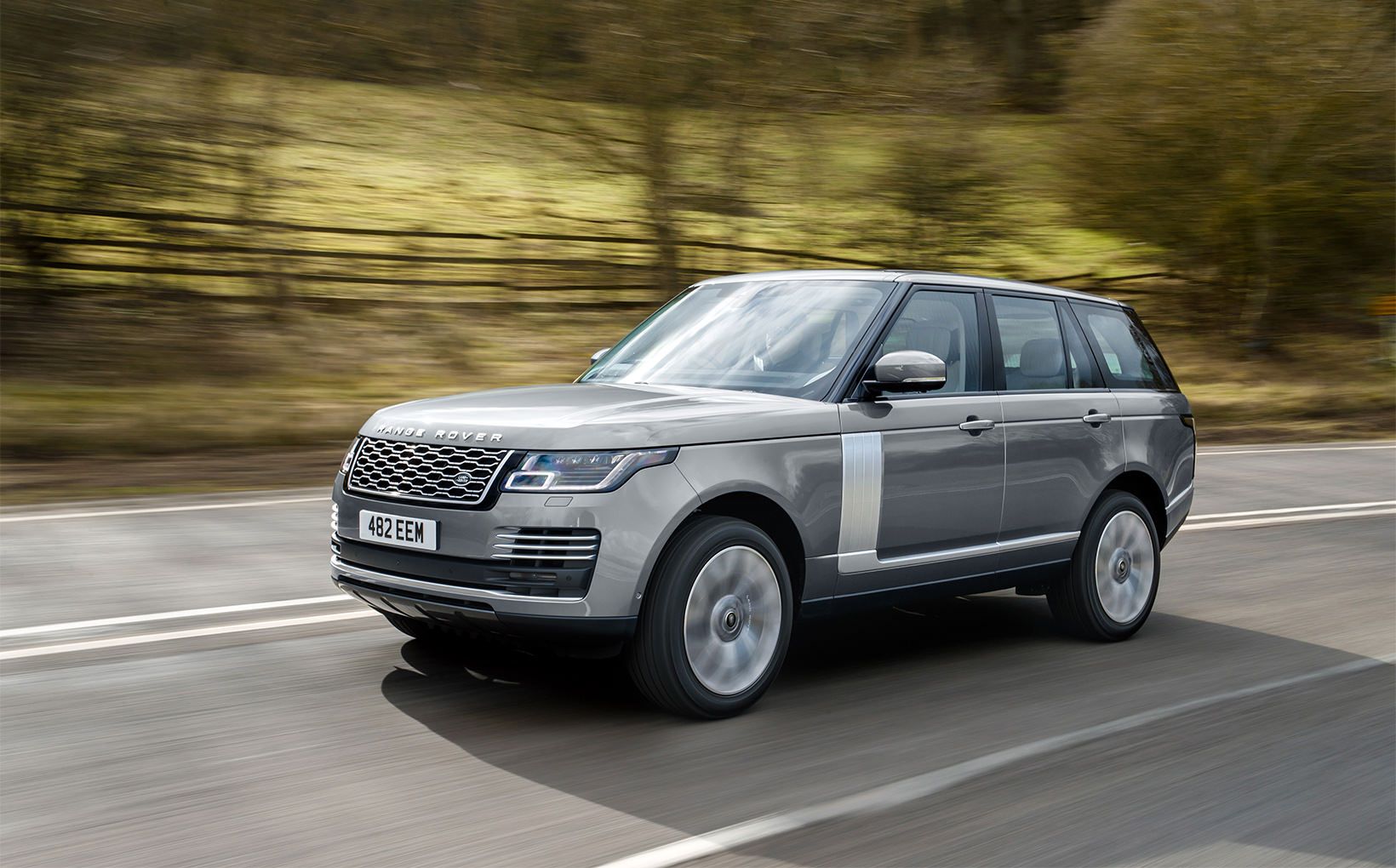 Though the base Range Rover doesn’t sport any ultra-complicated electrification systems, the mild hybrid set-up will still reduce fuel consumption by about 20 per cent.

While the latest entry-level Ranger Rover doesn’t feature a completely emissions-free powertrain, nor does it have the X5’s high-tech plug-in drawcard, it does feature electrification in the form of a mild hybrid system.

Arguably the best electric set-up for cross-country cruisers like the Range Rover, the mild-hybrid arrangement makes use of a 48-volt battery that is charged through regenerative braking.

That means that owners won’t have to worry about where the nearest power socket is when on the road or, crucially, when off it. 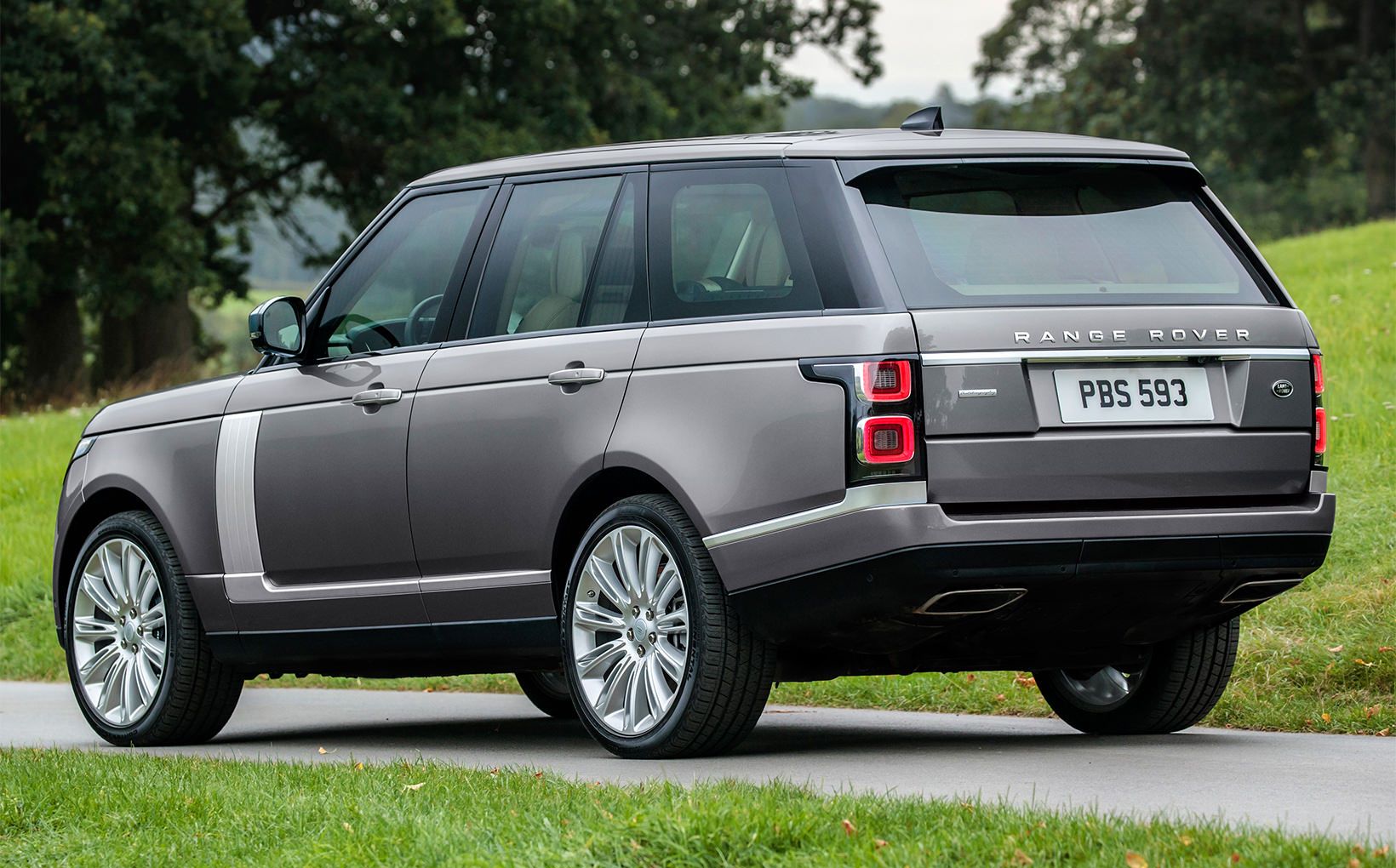 Powering the two-tonne behemoth is a 3.0-litre straight six engine with not only a supercharger, but also a turbocharger, for outputs that reach 294kW/550Nm.

By opting for a mild-hybrid system, Range Rover has also improved fuel consumption by nearly 20 per cent compared with the engine it replaces, a supercharged petrol V6.

While the new powertrain also features a supercharger, its 3.0-litre straight-six layout is also supplemented by a twin-scroll turbocharger.

What makes the Range Rover’s set-up unique though, is that the supercharger is powered by electricity, meaning it can hit 65,000rpm in half a second and effectively eliminate turbo lag. 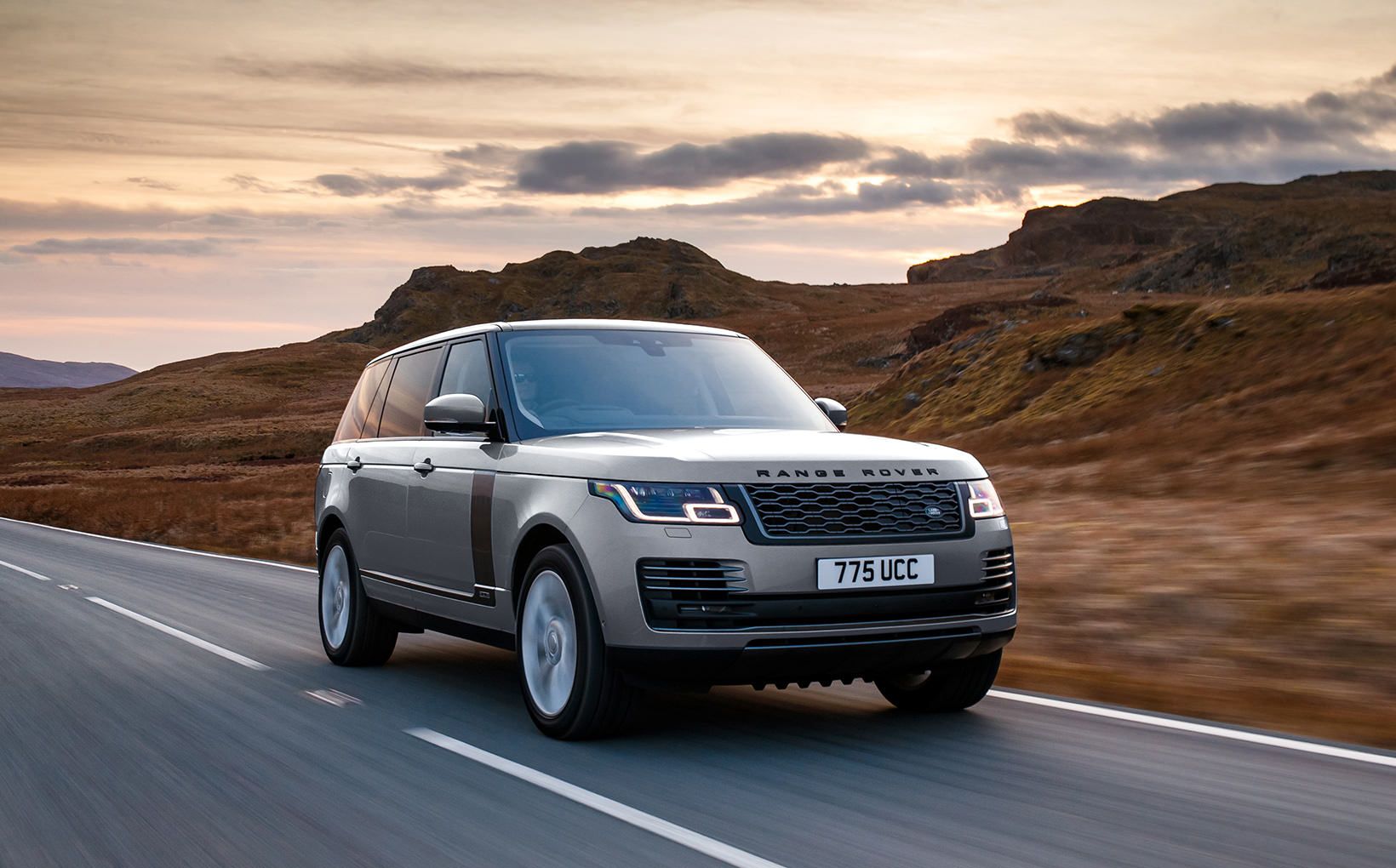 Don’t expect the new Range Rover to come cheap when it lands in Australian showrooms in October though, as the current point of entry is pegged at just under $200,000 before on-roads.

In total, there is 294kW of power and 550Nm of torque available under the right foot – 14kW/100Nm more than before – which translates to a zero-to-100km/h acceleration time of just 6.3 seconds.

More importantly, the fuel economy figure now sits at 9.3 litres per 100km on the European combined test cycle, a significant improvement on the V6 version’s 11.5L/100km.

A viable option then for the extreme adventurers who fancy a bit of interior opulence? Only if you can afford it as the new Ranger Rover is expected to come in at around $200,000 before on-road costs when it hits showrooms in October. 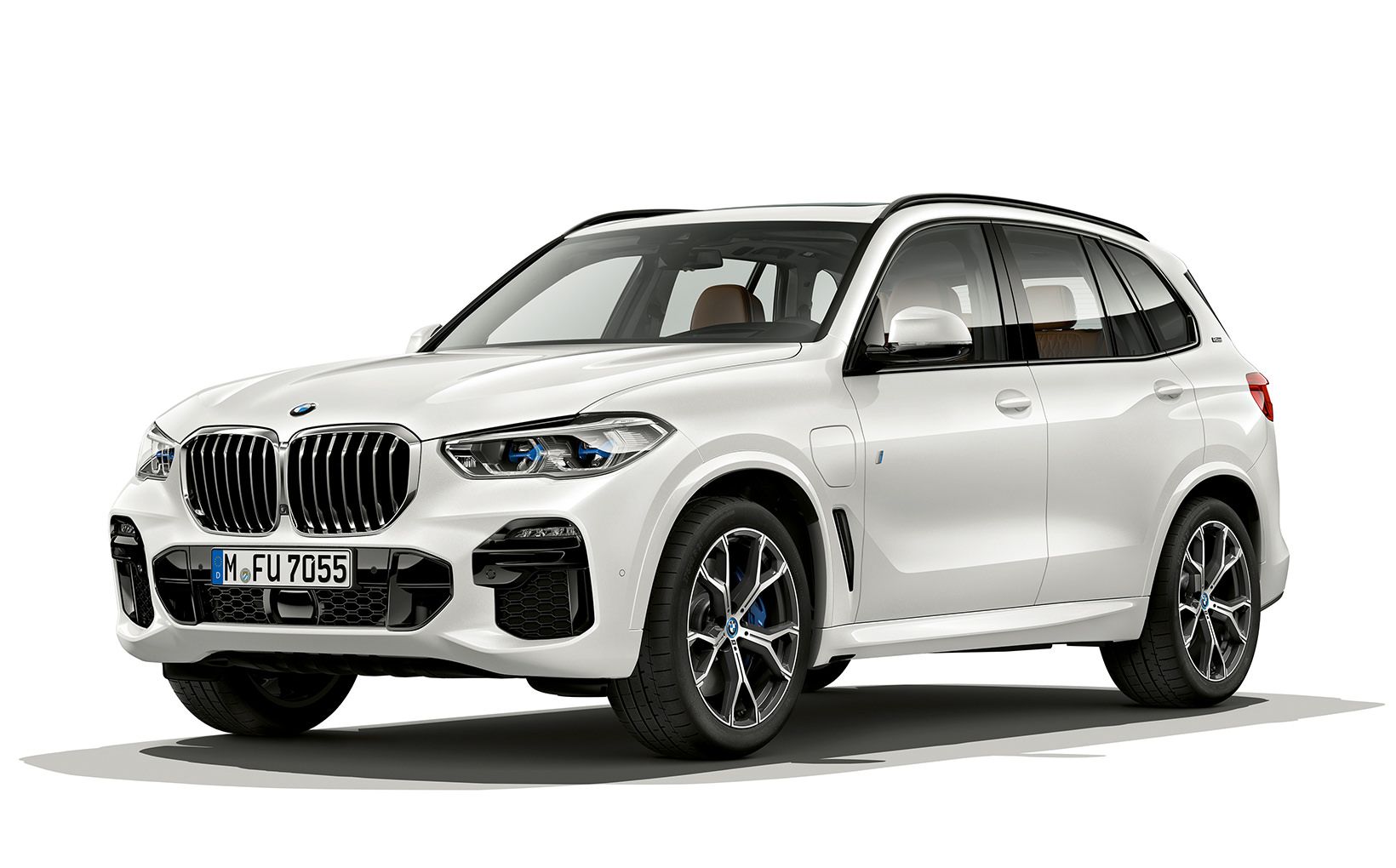 A 3.0-litre six-cylinder petrol engine combines with an electric motor to deliver 290kW of power and 600Nm of torque, while a fully-charged battery will also bring up to 80km of pure-electric driving range.

As previously mentioned, there isn’t much competition in the electrified large SUV space, but BMW is one such contender with its X5 xDrive45e.

Now in second-generation form, the X5 xDrive45e swaps out a four-cylinder engine for a 3.0-litre six pot, which is paired to an 82kW electric motor for a combined output of 290kW/600Nm.

Such potent performance doesn’t come at a cost to fuel though, as consumption is pegged at just 2.1L/100km thanks to up to 80km of all-electric driving range. 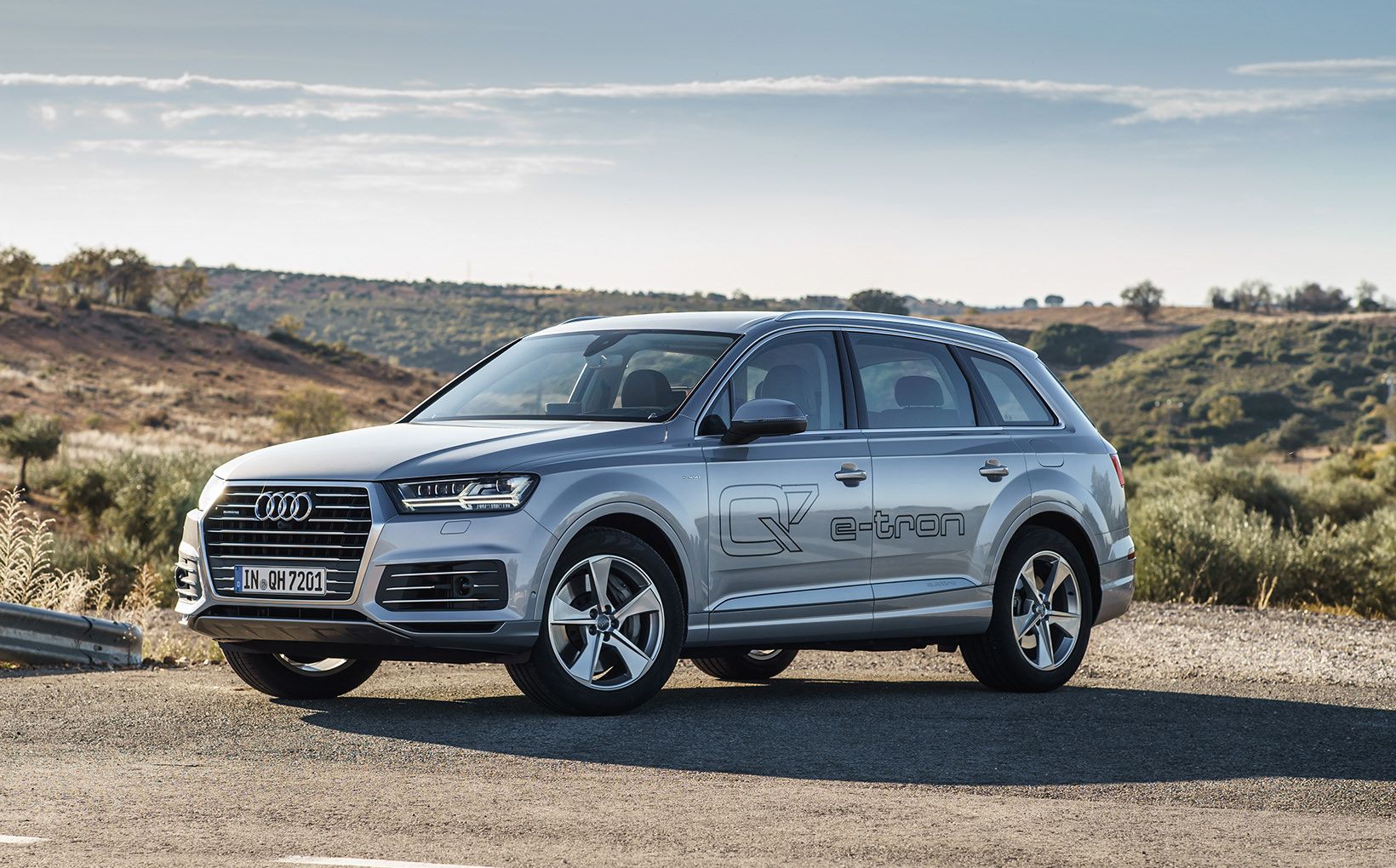 Though the Q7 e-tron was only available for a short amount of time in Australia, its 275kW/700Nm output and 1.9 litres per 100km fuel economy rating were seriously impressive.

Similarly, Audi also offers up a plug-in hybrid large SUV solution in the form of its Q7 e-tron, though sales were limited in Australia.

With 275kW/700Nm from a 3.0-litre turbo-diesel engine and electric motor, the Q7 certainly outmuscles its competitors, but with only 56km of emissions-free driving range, the Audi can’t quite match up to the BMW.

Though both the BMW and Audi use much more complex systems to achieve electrification, it’s the Range Rover’s mild-hybrid set-up that is arguably the best suited to a large SUV off-roader thanks to less added weight and intricacies.

Protect your Range Rover. Call Shannons Insurance on 13 46 46 to get a quote today.