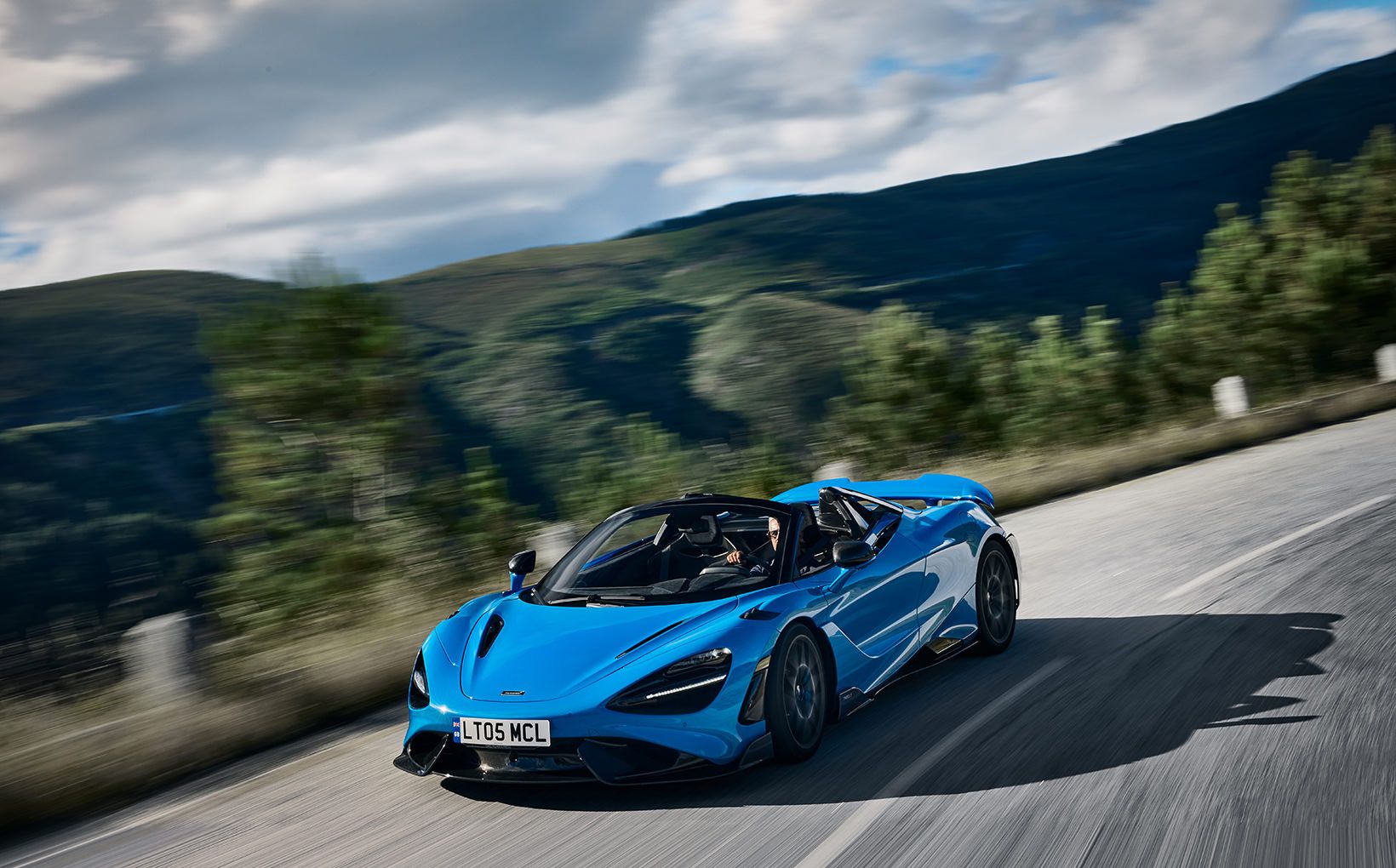 DESPITE its financial woes, McLaren is continuing to pump out new models, derivatives and special edition vehicles with the most recent being the 765LT Spider; a lightened, hardened version of the already savage 720S Spider.

For the uninitiated, ‘LT’ stands for ‘Long Tail’, a nameplate used affectionately by McLaren for its hardest and most aggressive racers and production cars.

The 765LT Spider is so hard that it’s actually the most powerful convertible the British brand has produced to date, its twin-turbocharged 4.0-litre V8 pumping out 563kW/800Nm – enough to launch it from 0-100km/h in 2.8 seconds. 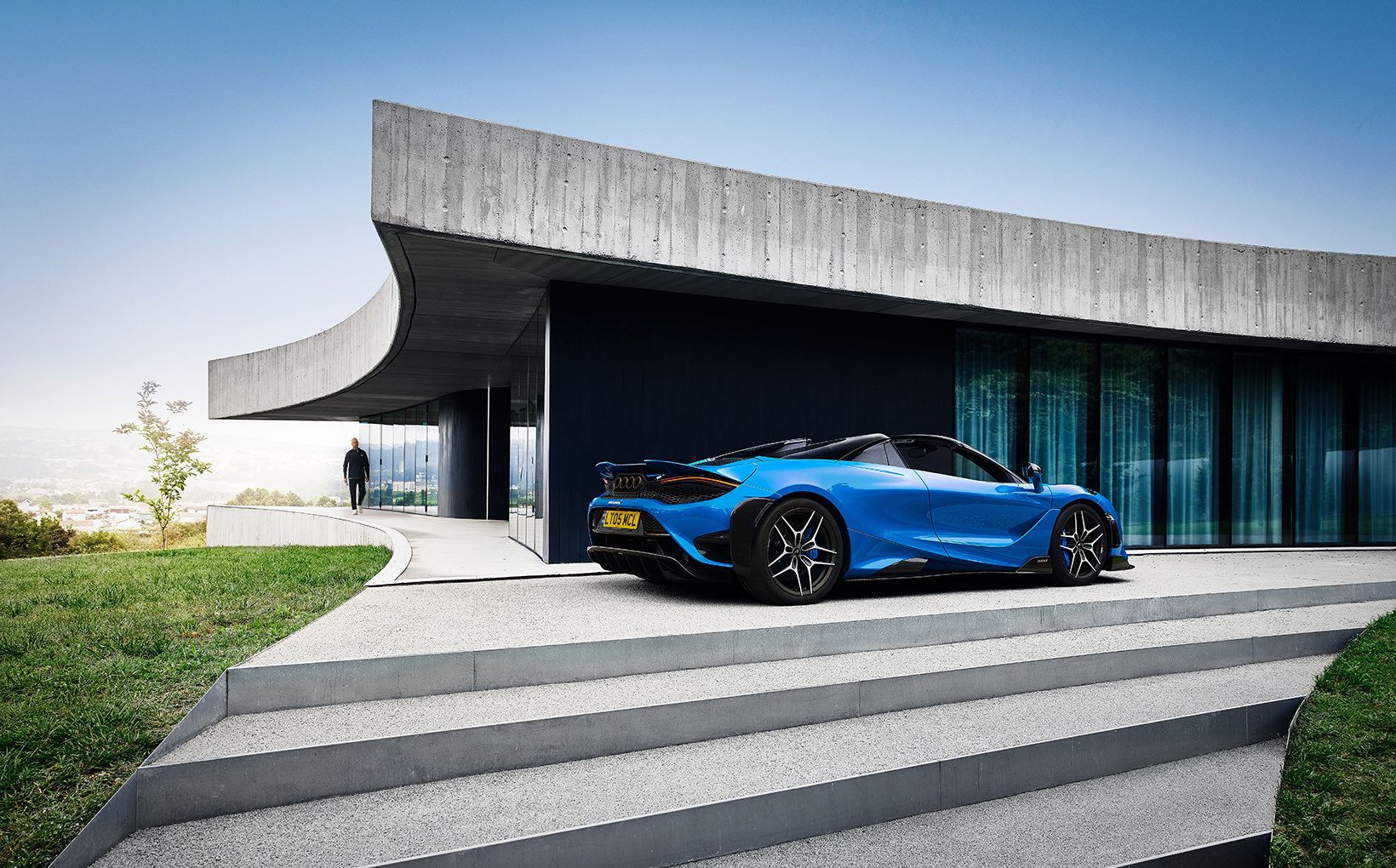 Despite the folding roof, the Spider will match the 765LT coupe every step of the way up to the 330km/h top speed.

All of these figures are identical to the 765LT coupe and that’s because the Spider only weighs an extra 49kg on the account of it not having any extra bracing, despite the retractable roof.

“The exacting development of the retractable hard-top and the fact the chassis doesn’t need any stiffening ensure that the Spider is in every respect a true driver’s car – extremely track-focused and dynamically the equal of the coupe,” said McLaren Automotive chief engineer James Warner.

The roof itself is a one-piece carbon unit that can be electronically retracted or erected in just 11 seconds at speeds of up to 50km/h.

Compared to the 720S Spider on which it’s based, the 765LT tips the scales some 80kg lighter at 1388kg, which pairs nicely to a 33kW/30Nm power and torque advantage as well as a heap of chassis and aerodynamic upgrades carried over from the coupe. 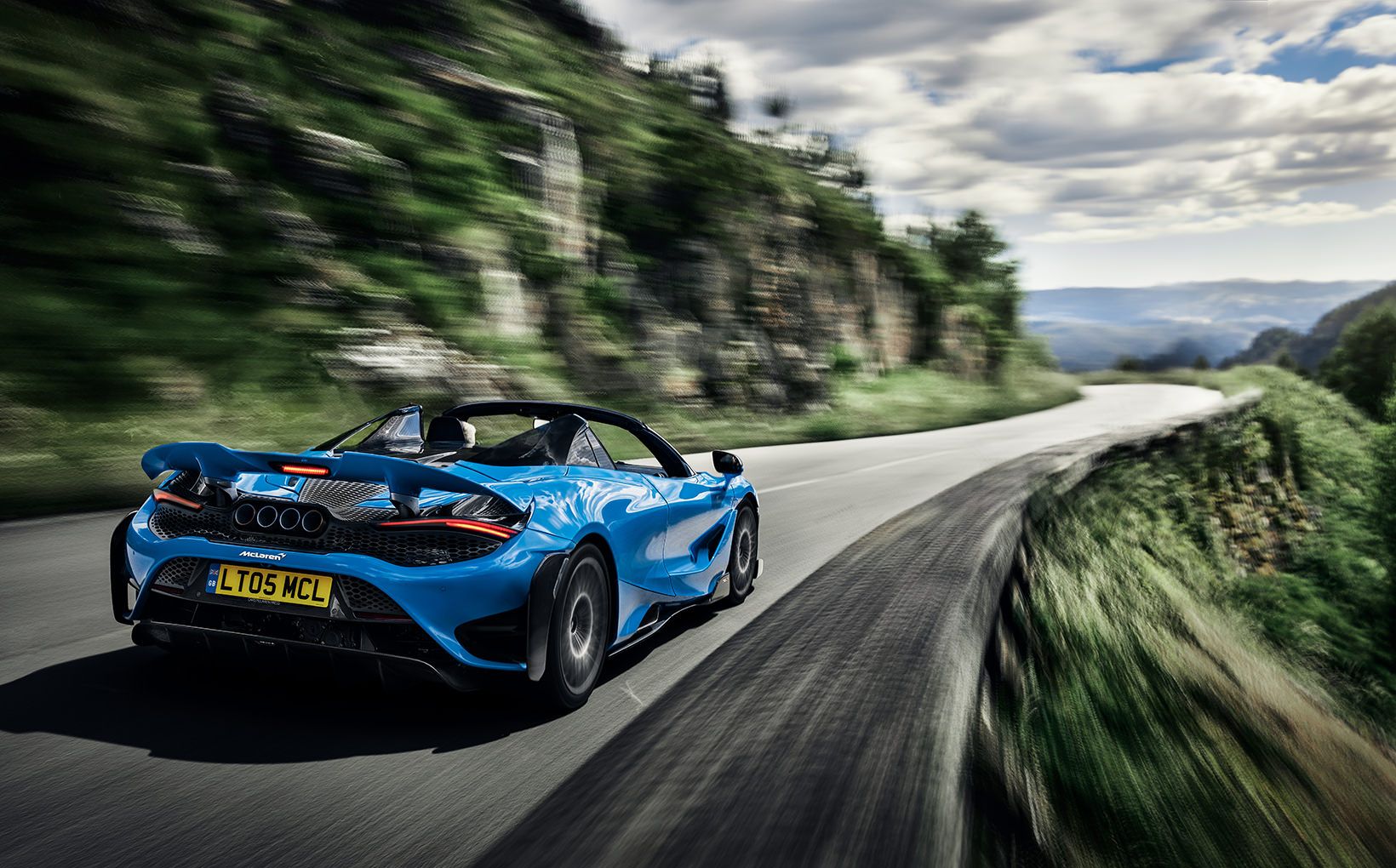 That active rear wing has been specifically tuned to work with the different roof design.

Riding on 10-spoke ultra-lightweight forged alloy wheels that save 22kg by themselves, the LT’s chassis dynamics have been enhanced by McLaren’s engineers who fitted bespoke springs and dampers, increased the front track width, lowered front ride height and installed a unique software for the linked-hydraulic Proactive Chassis Control II suspension.

The simple way to spot the LT form its standard counterpart is via the standard carbon-fibre aero package and active rear wing that is said to generate 25 per cent more downforce than the 720S Spider’s set-up.

Those exclusive alloys are wrapped in bespoke Pirelli P Zero Trofeo R tyres for maximum traction both off the line and in the corners – hardly surprising given all LT McLarens are designed to be as equally at home on the track as they are on a mountain road.

And it’s in the name of track performance, ala weight-saving, that the 765LT doesn’t come fitted with air-conditioning or a sound system straight out of the box – they’re both no cost options. 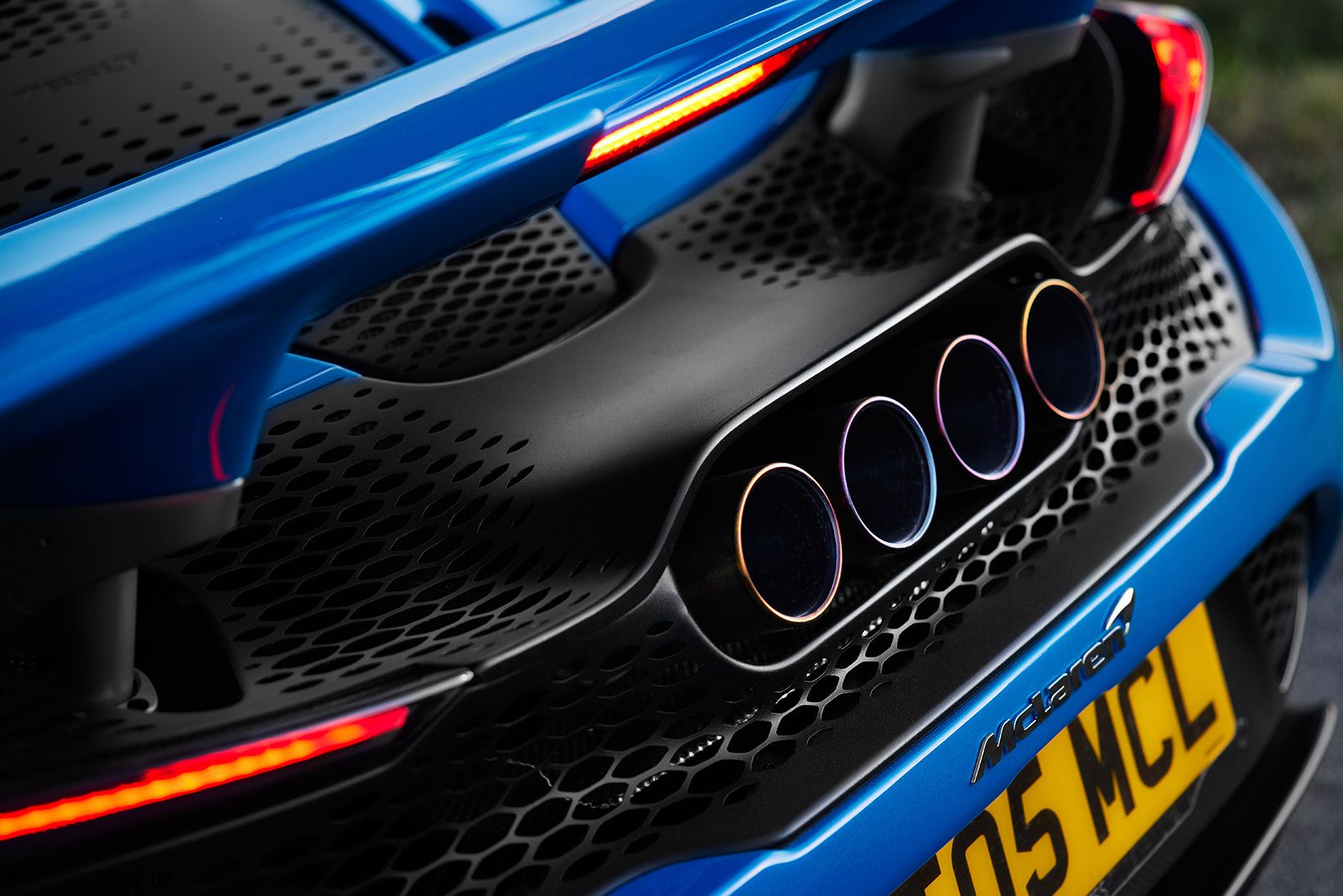 What it does come with though is a retractable rear window enabling occupants to better hear the soundtrack of that force-fed V8 – via the new titanium exhaust – even when the roof is up.

In a statement accompanying the 765LT Spider’s reveal, McLaren said the principles of “ultra-low weight, enhanced aerodynamics, extreme performance and absolute driver engagement” behind that championship-winning car were revisited in 2015 with the 675LT. 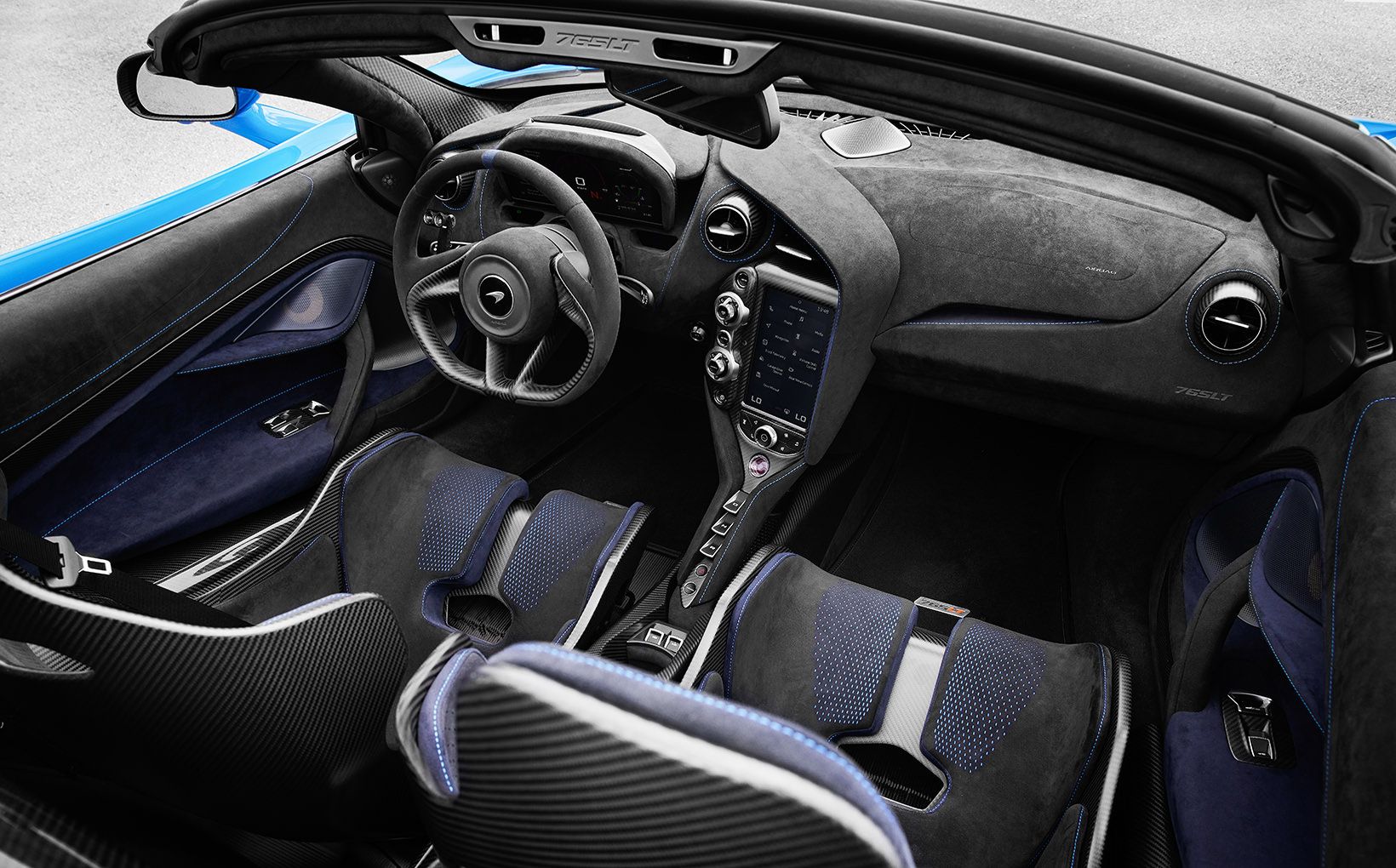 The interior consists almost entirely of carbon-fibre and Alcantara.

“The new 765LT Spider, like its predecessors, stays true to those ‘long tail’ principles, placing the driver at the very centre of the sensory, dynamic and – especially in this case – aural experience, the triple-patented retractable hard top roof taking driver engagement to an ever-higher level,” the statement read.

McLaren Australia is yet to confirm the local launch date and pricing of the Spider, however the coupe touched down in late February priced from $609,650 plus on-road costs. 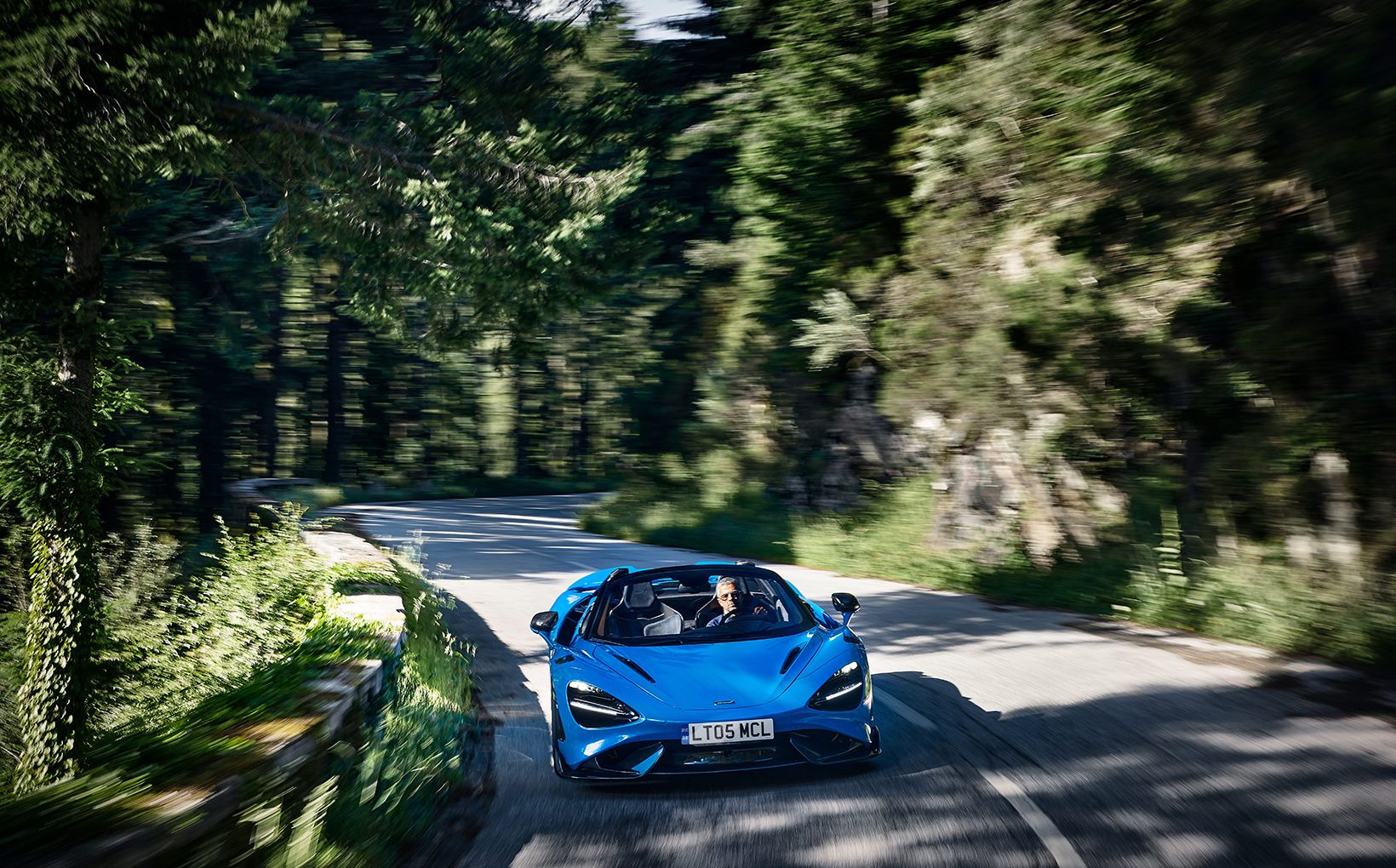 Local timing and pricing is TBC, but the coupe is available for those who can’t wait.