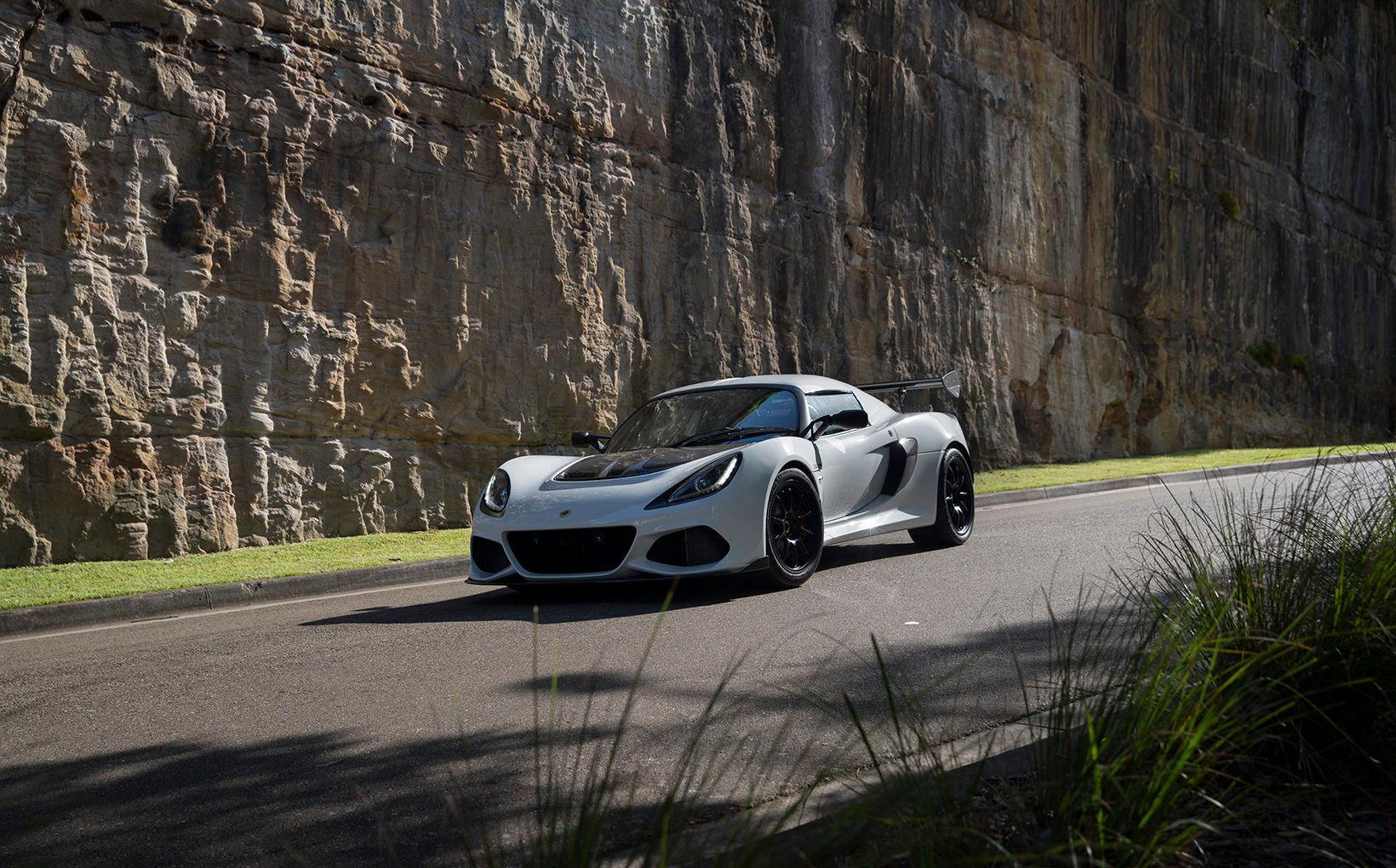 Targa racing is easily one of the coolest and most unique forms of motorsport in the world and it is only growing in popularity with a heap of events spread around the country throughout the year.

Ever present at these events are myriads of Lotus’, some of which compete in stock form while others have been taken down the modifying route and been turned into full-on competition monsters.

The cars have enjoyed tremendous levels of success at various events around Australia over the years, especially at the Targa Tasmania, the pinnacle of Aussie Targa racing. 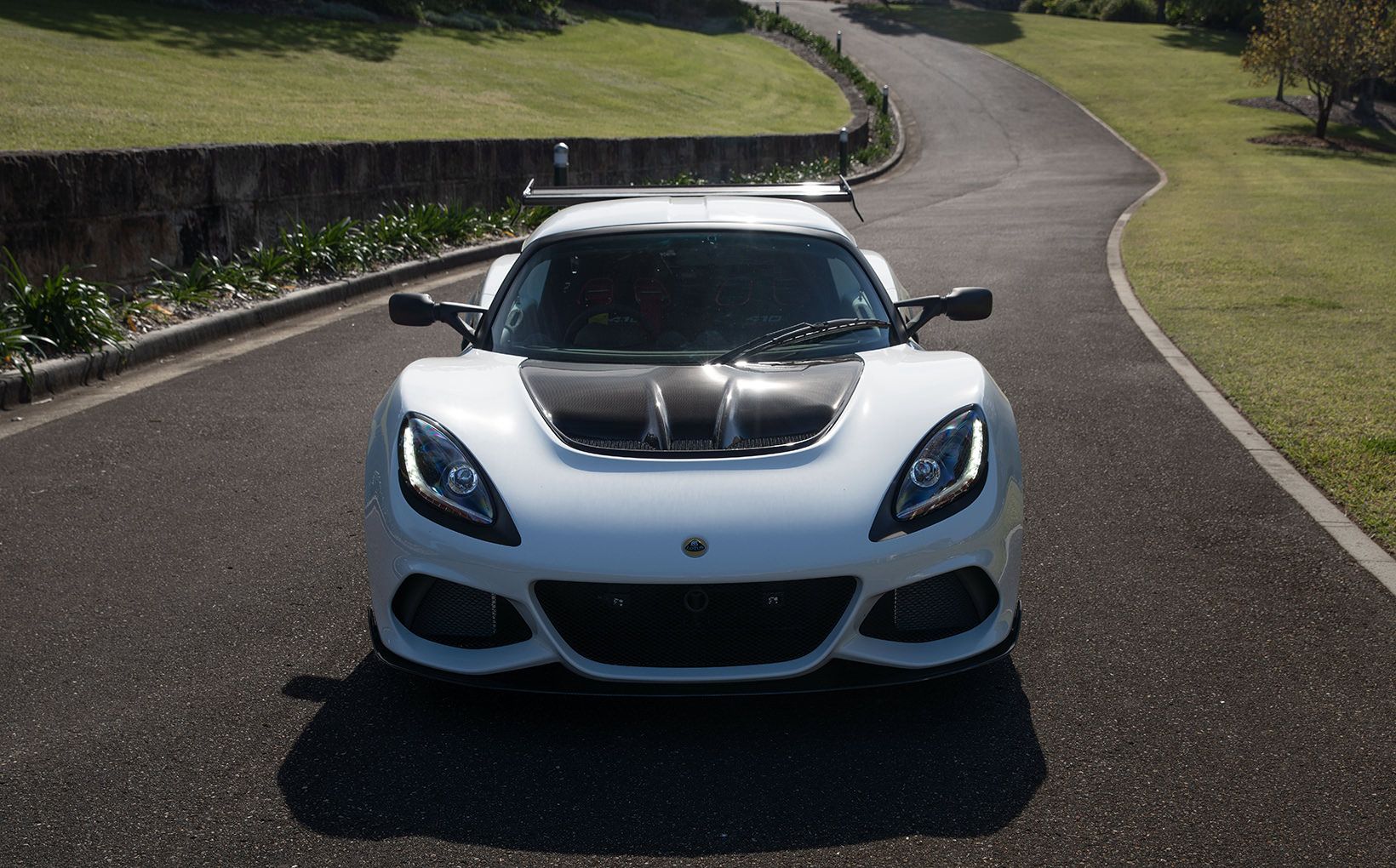 The limited-run Exige Sport 410 Targa Edition is, on paper, the most capable and focused Exige available in Australia.

It comes as no real surprise then that Lotus has launched a car designed specifically for Targa racing – the ultimate expression of ‘turn up and race’.

Just 10 examples of the Exige Sport 410 Targa Edition are being produced and all of them are destined for our shores carrying a $174,990 pricetag before on-road costs are factored in.

Based on the regular Exige 410 Sport, the Targa Edition has been tickled and fettled by Lotus’ engineers to be the perfect Targa dominating vehicle. 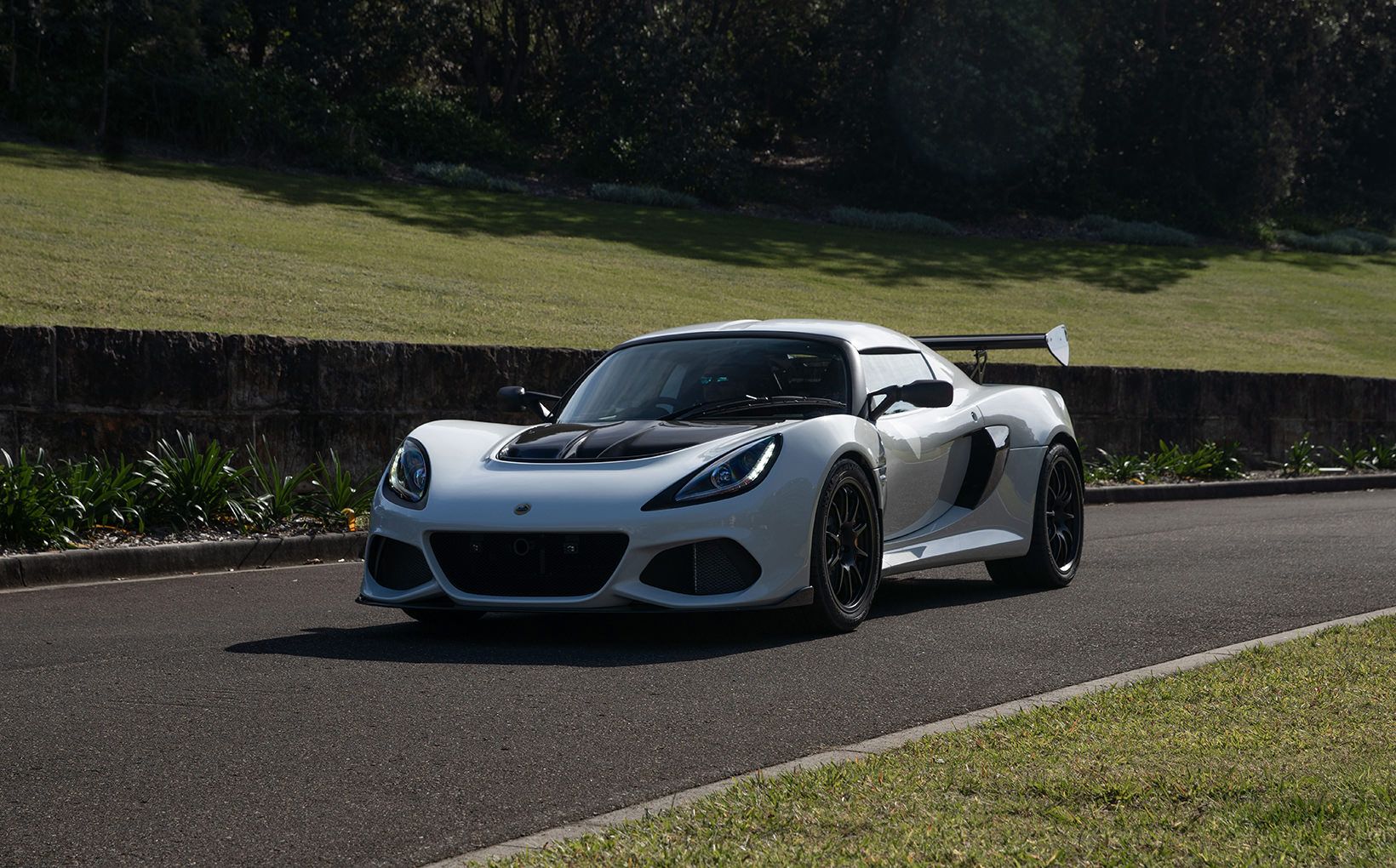 The Targa Edition is dripping with carbon bits both inside and out.

More than $12,000 worth of modifications have been added to the car compared to its mainstream sibling to make it more agile and focused.

Under the skin, the familiar three-way adjustable suspension setup featuring Nitron dampers and Eibach anti-roll bars has been retained but the stock Nitron springs have been swapped out for a beefier set of Eibach units.

Stopping duties are still taken care of by four-piston AP Racing callipers, though the stock discs have been upgraded to two-piece J-hook units promising “higher thermal capacity and improved bite” along with improved debris clearance and pedal feel. 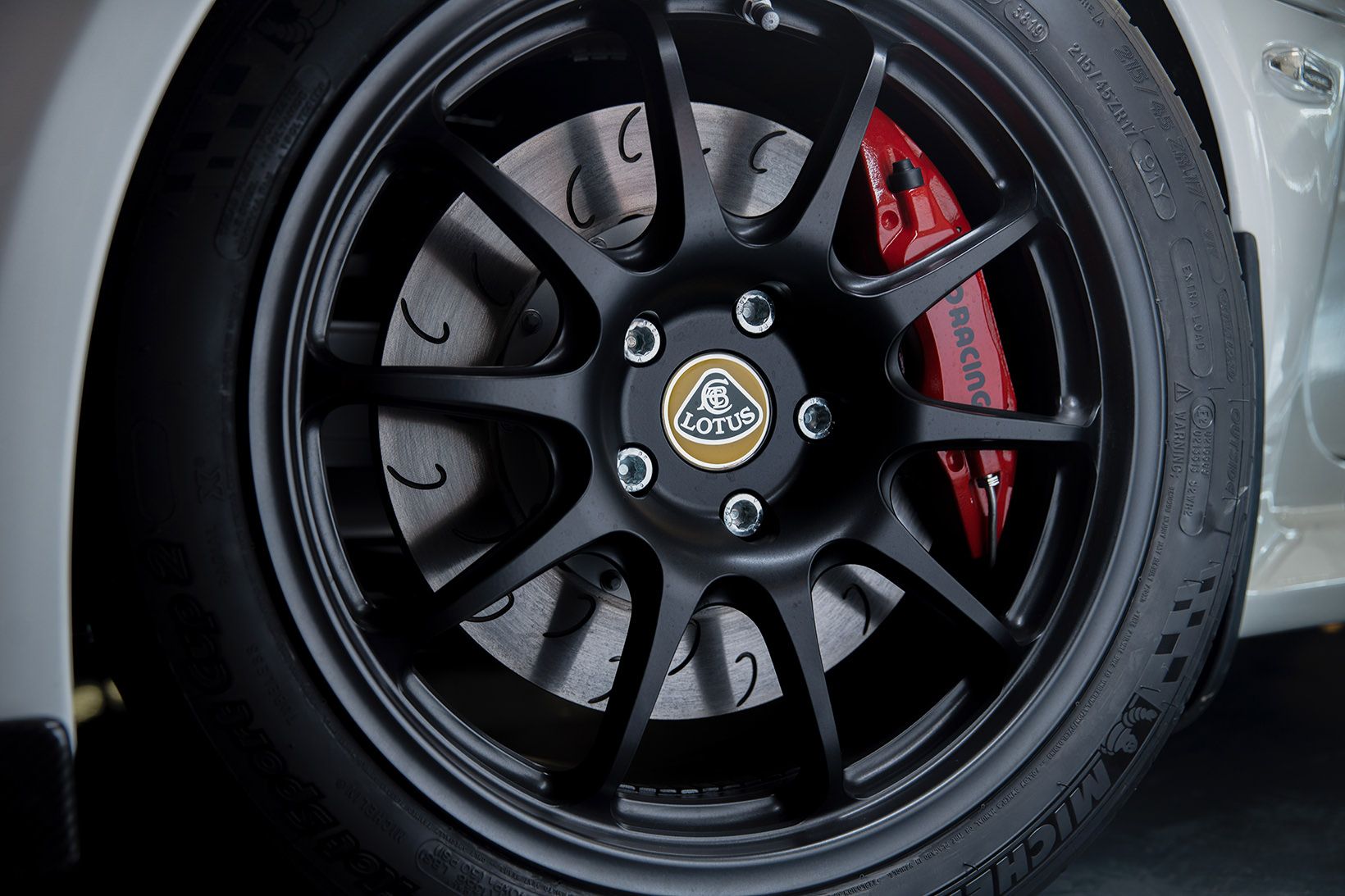 Upgraded brakes and tyres are just two pieces of the Targa puzzle.

Rubber-wise, the standard car’s already classy Michelin Pilot Sport Cups have been replaced by a set of even stickier Michelin Pilot Cup 2s while an extra driver mode has been added to the ESC-system – ‘TCS off’ – to exploit the extra grip without the interference of electronic nannies.

The interior has also been treated to a series of competition focused tweaks including the removal of the standard sports seats in favour of full-carbon racing buckets.

The seatbelts have been replaced by a pair of four-point harnesses and a fire extinguisher comes included in the package. 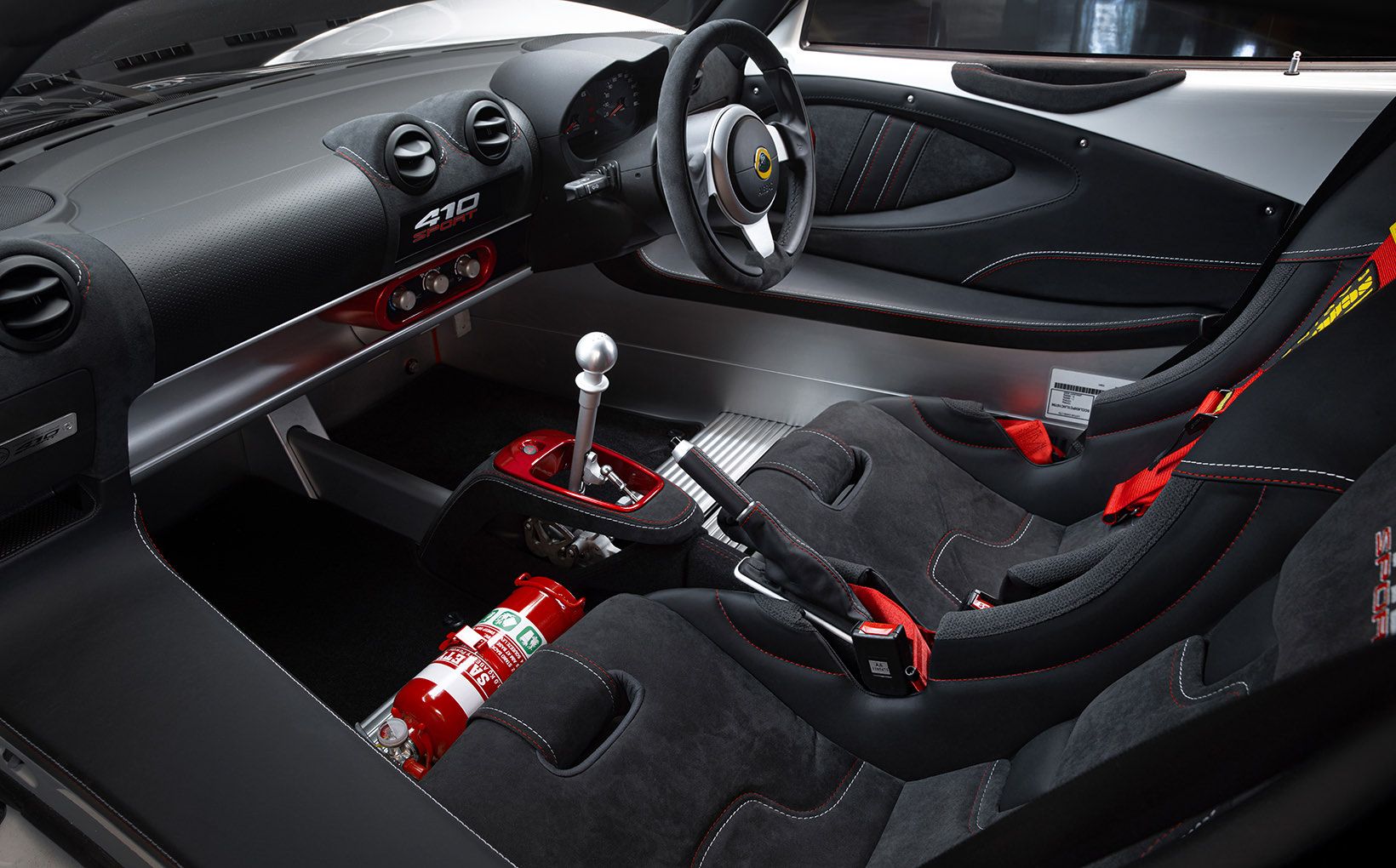 The fire extinguisher comes fitted from the factory along with the carbon buckets.

While you would be hard pressed to spot a Targa Edition on the public road due purely to its exclusivity, Lotus has also been sure to spruce up the exterior of the car with the body now dripping in carbon fibre and other lightweight goodies.

The rear wing is now bigger and made of carbon, there are new carbon ‘cup style’ side air intakes, a carbon-fibre front splitter, front access panel and rear boot lid while the wheels are made of ‘ultra-lightweight’ forged alloy.

Just in case you miss all of these visual – and functional – cues, the body has also been smattered with ‘Targa’ decals. 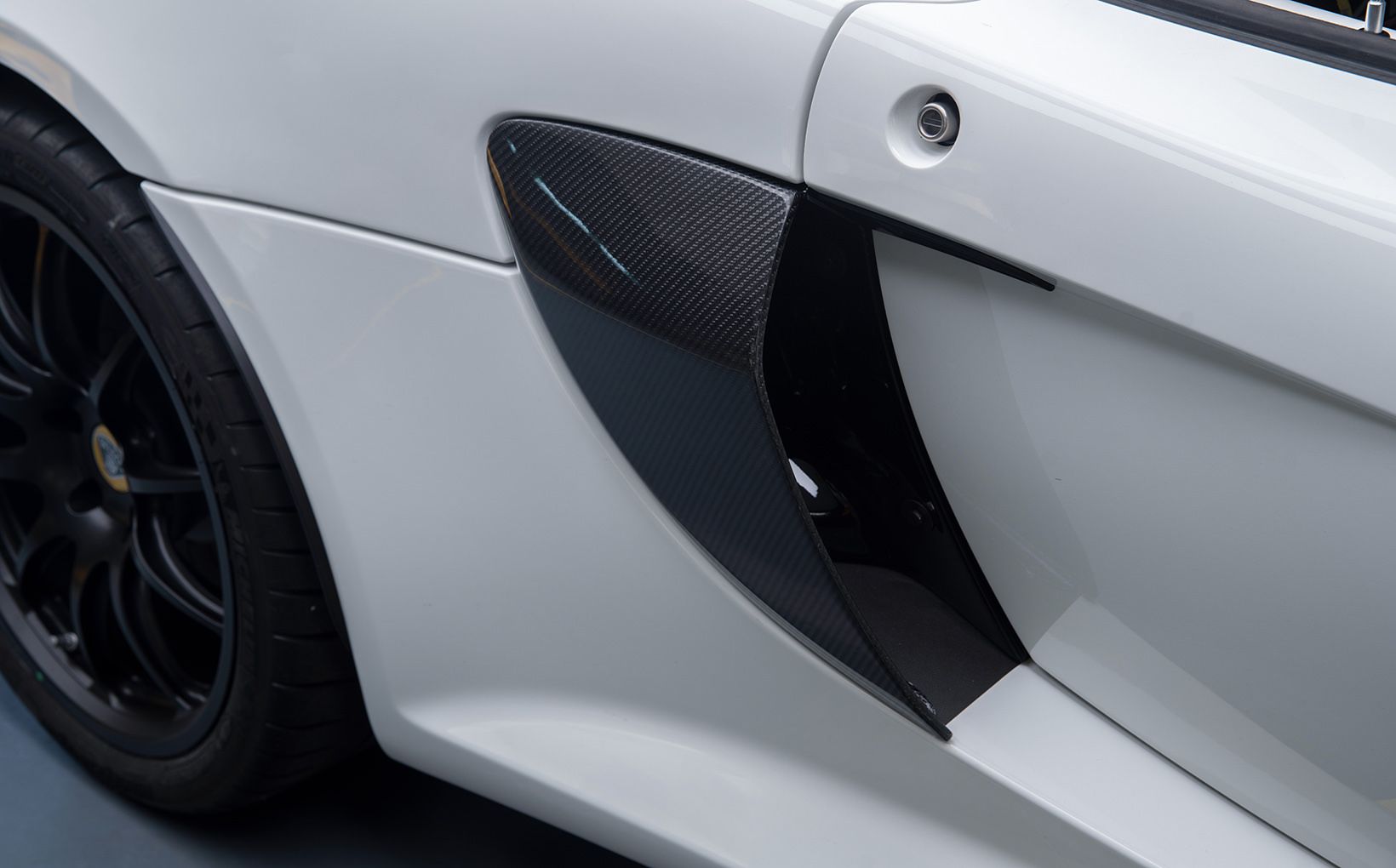 Carbon ‘cup style’ side air intakes and a bigger rear wing give away the Targa Edition’s identity.

Despite all of the carbon bits and the ultra-light wheels, the Targa Edition has only managed to shave 2kg off the kerb weight of the standard Exige Sport 410 (1108kg vs 1110kg).

In terms of power, no changes have been made to the supercharged 3.5-litre V6 petrol engine which means peak power and torque are still pegged at 305kW and 420Nm.

As ever in a Lotus, drive is sent exclusively to the rear wheels via the same six-speed manual transmission as found in the standard car. 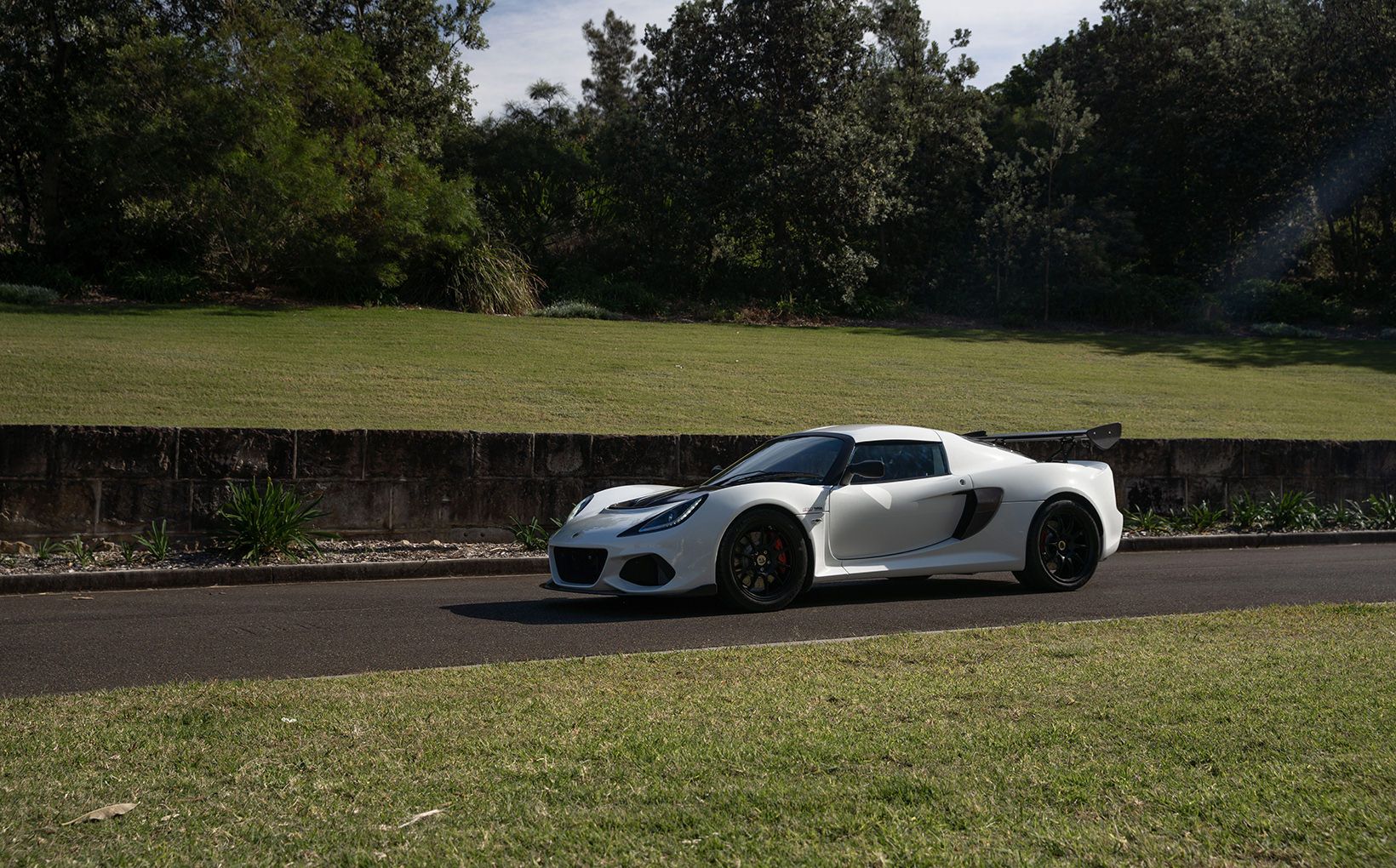 The power and torque figures are unchanged at 305kW/420Nm.

Interestingly, the stickier rubber and marginal weight saving have had no effect on the Targa Edition’s outright performance with the sprint from 0-100km/h still dispatched in a hardly slow 3.4 seconds before going on to a 280km/h v-max.

According to Lotus Cars Australia CEO Lee Knappett, winning the Australian Targa Championship back-to-back in 2018 and 2019 was the catalyst for launching this exclusive and indeed niche model.

“Some of our customers have been doing Targa for a long time, but our relationship with Targa at a manufacturer level really started in 2015 when we supported four cars competing in Targa High Country,” he said. 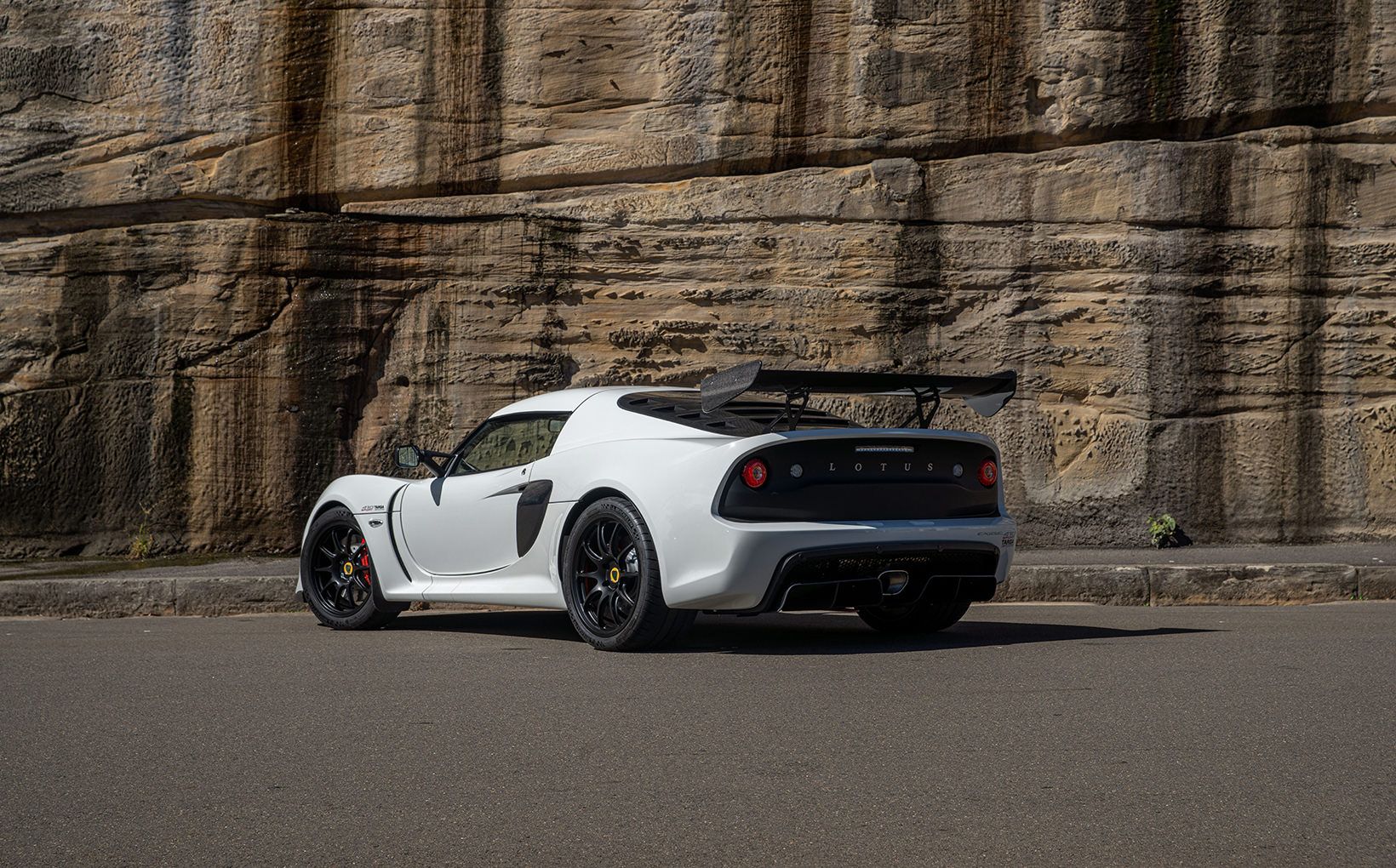 Agility and grip is the name of the Targa Edition’s game.

“Targa is a great fit for our customers … the Exige V6 has proven its credentials as a Targa car, so it seems fitting that it be the platform chosen for the Limited Edition.”

Despite the claimed $12,000 worth of go-faster gear, the Targa Edition’s $174,990 sticker price is only $5000 upstream of the regular Exige Sport 410 which means despite its exclusivity, the limited run car actually stacks up reasonably well as a value proposition.

Aussie Lotus fans and customers should feel pretty happy about that because as previously mentioned, we are the only country in the world to score this variant of Exige and it just so happens to be the most capable one available.

Lotus Seven: Survival of the Fittest