Just when you thought Lamborghini was mad enough, it ups the ante with the Huracan STO

It takes a special kind of person to think that Lamborghinis are subtle and tame, but it takes an extra special person to consider them boring or not dynamically capable enough.

Evidently, a few of these extra-special people were working at Lamborghini, because the Raging Bull has just debuted the Huracan Super Trofeo Omologata – STO for short – which is quite frankly the most focused, hardcore and extreme Huracan variant to date.

Described by the brand as “a road-homologated super sportscar” inspired by the Huracan Super Trofeo Evo and Huracan GT3 Evo racecars, the Hurcan STO is adorned with some the most outlandish aero features and styling cues ever fitted to a road-going Lambo, all of which are highlighted further by the radical colourways on offer.

According to the brand’s design boss Mitja Borkert, “racing cars are always a strong inspiration” for new models and variants with the STO “exquisitely” reflecting the technology transfer from the Huracan racecars. 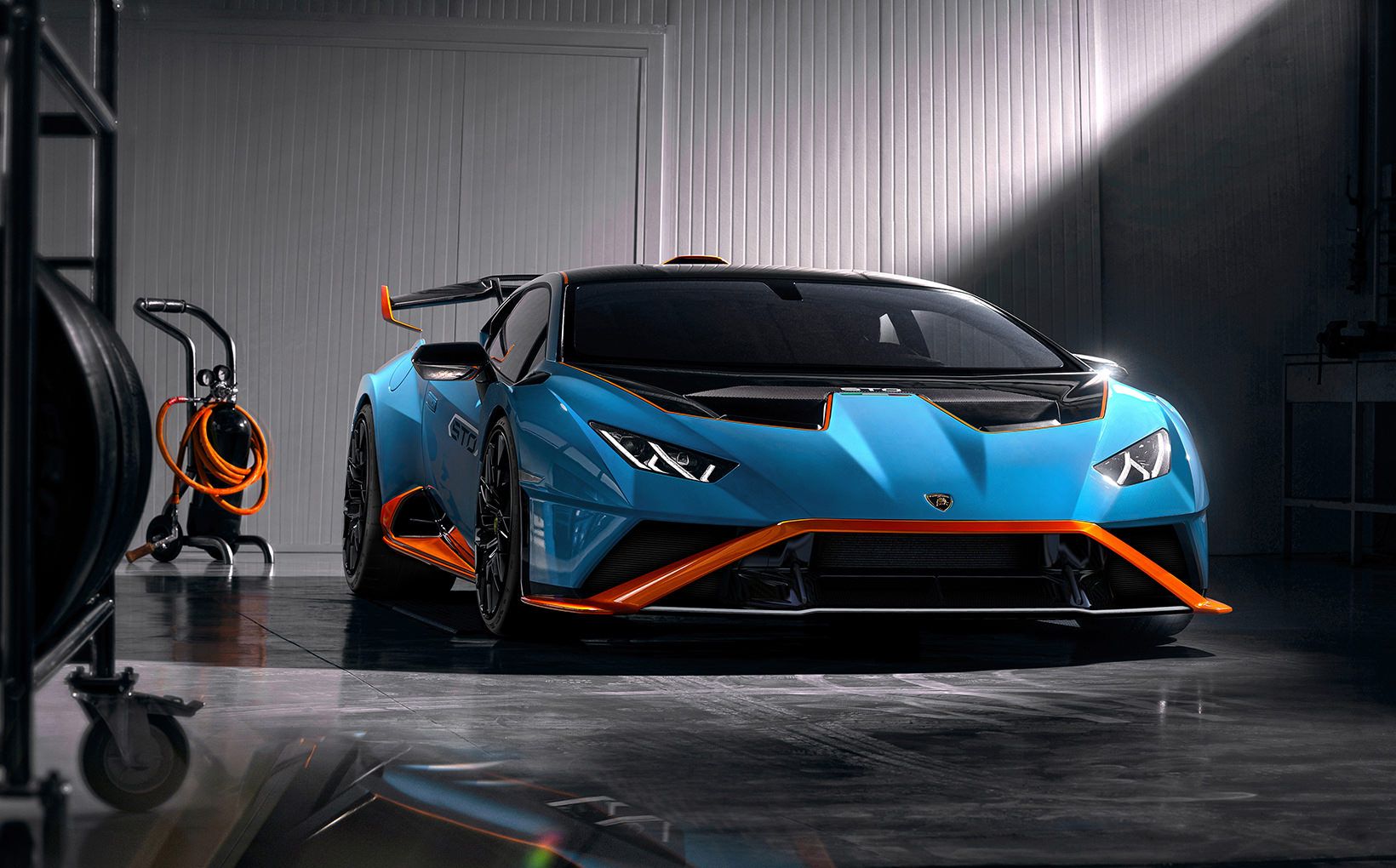 The STO is the most dynamically capable Lamborghini Huracan to date.

Looking beyond the insane colours which could have been picked by a six-year-old (we approve), the front end of the STO is dominated by a full-width layered splitter stemming up from the corners of the bumper to underline the badge.

The splitter forms just a single aspect of what is ultimately one single panel encompassing the entire front of the car, dubbed by designers as the ‘cofango’ and drawing inspiration from the all-carbon Sesto Elemento of 2011.

Savage louvres adorn the top of the front wheelarches which not only help with aerodynamics but also channel air out of the wheelarches themselves, thereby reducing lift and increasing downforce.

Peeking over the top of the roof is an integrated air scoop which feeds cool air directly into the engine bay which is capped by a redesigned bonnet featuring dedicated air deflectors and a functional ‘shark fin’ designed to direct as much air as possible through the fantastically huge adjustable rear wing. 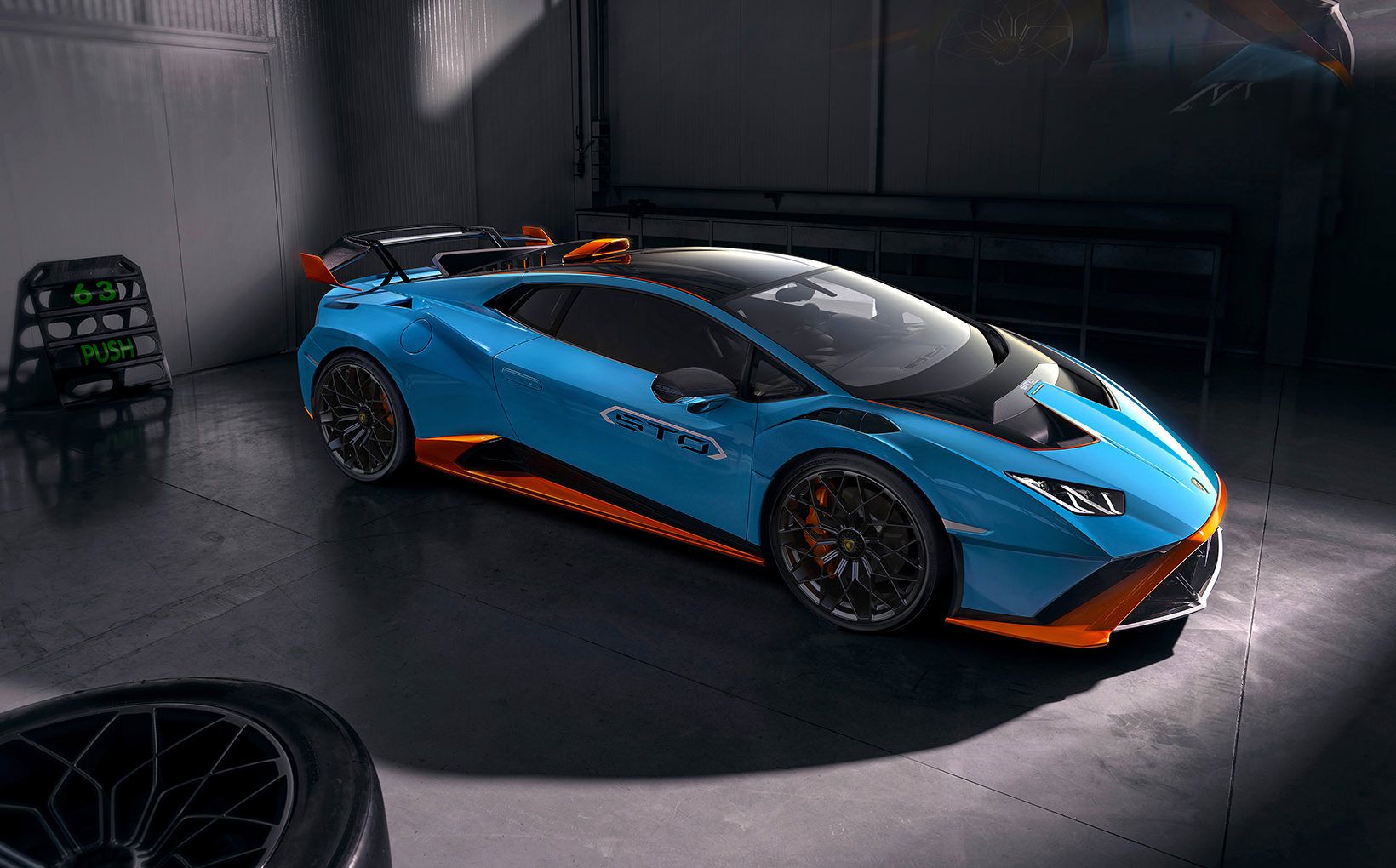 The STO is wider, lighter and more aerodynamic than any other Huracan, including the Performante.

Under that shark-finned bonnet resides a slightly detuned version of the 5.2-litre V10 found in the Huracan Evo and Performante.

Peak power remains the same as in the lesser variants at 470kW however maximum torque has been reduced by 35Nm to 565Nm, most likely due to the fact the STO channels drive exclusively to the rear wheels and weighs 43kg less than the Performante (1339kg dry).

Gear changes are rattled off by a seven-speed dual-clutch automatic transmission.

Thanks to that 43kg weight-saving – largely through the extensive use of carbon-fibre – and the lack of an all-wheel-drive system, the STO will dispatch the 0-100km/h sprint in three seconds flat, hit 200 km/h in nine seconds and push onto a top speed of 310 km/h. 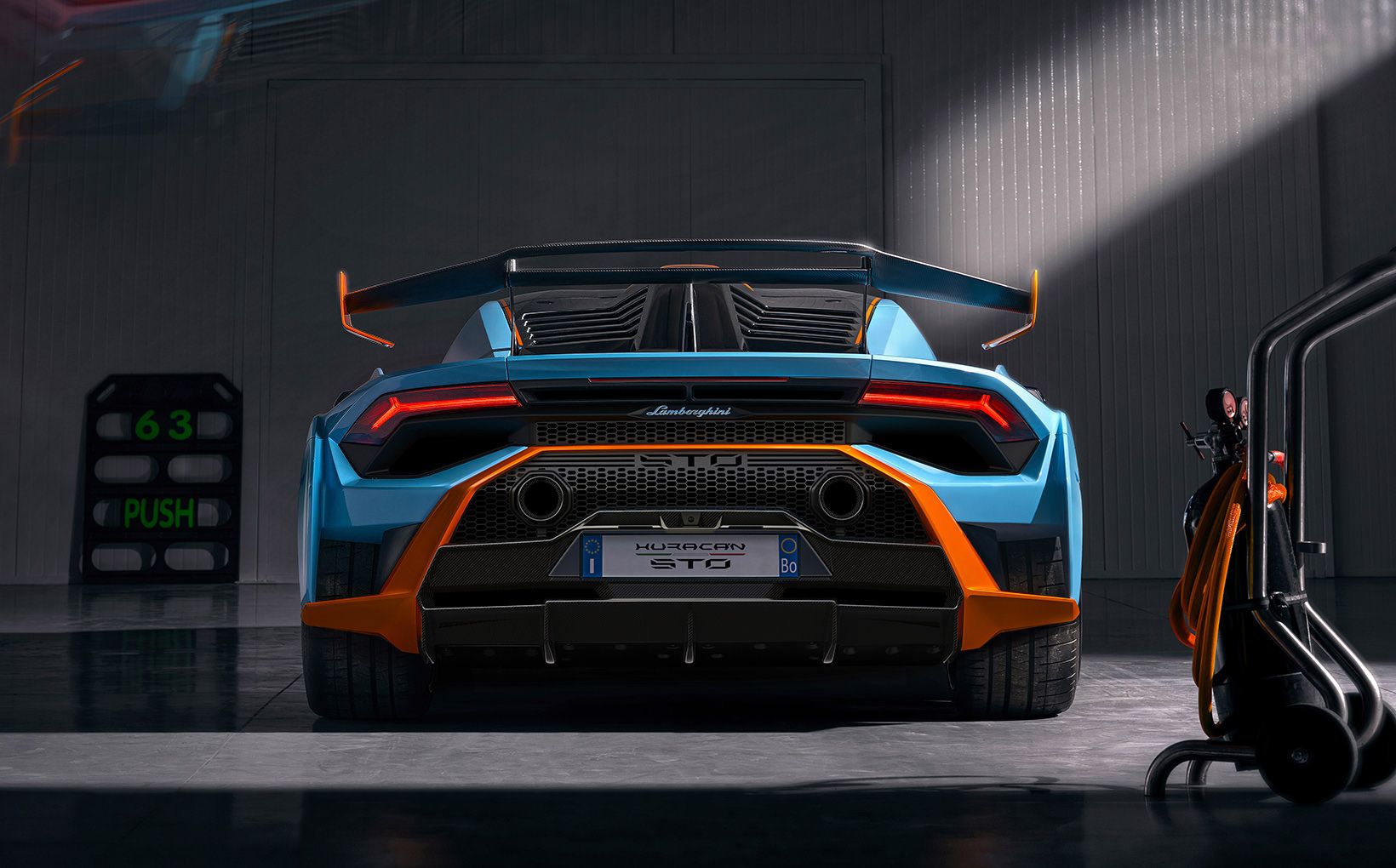 The rear wing is fully adjustable.

At this point a lot of car buffs and supercar fans are probably realising the STO is actually slower than the mainstream Huracans in both acceleration and top speed.

Building on the insane aero features, light weight and outright performance, the STO features the widest track of any Huracan to date, stiffer suspension bushes and anti-roll bars while rear-wheel steering ups the handling stakes even further.

Befitting of the racecar looks and cornering abilities, braking power has also been stepped up, with the STO able to pull up from 100km/h in just 30 metres and from 200km/h in 110m. 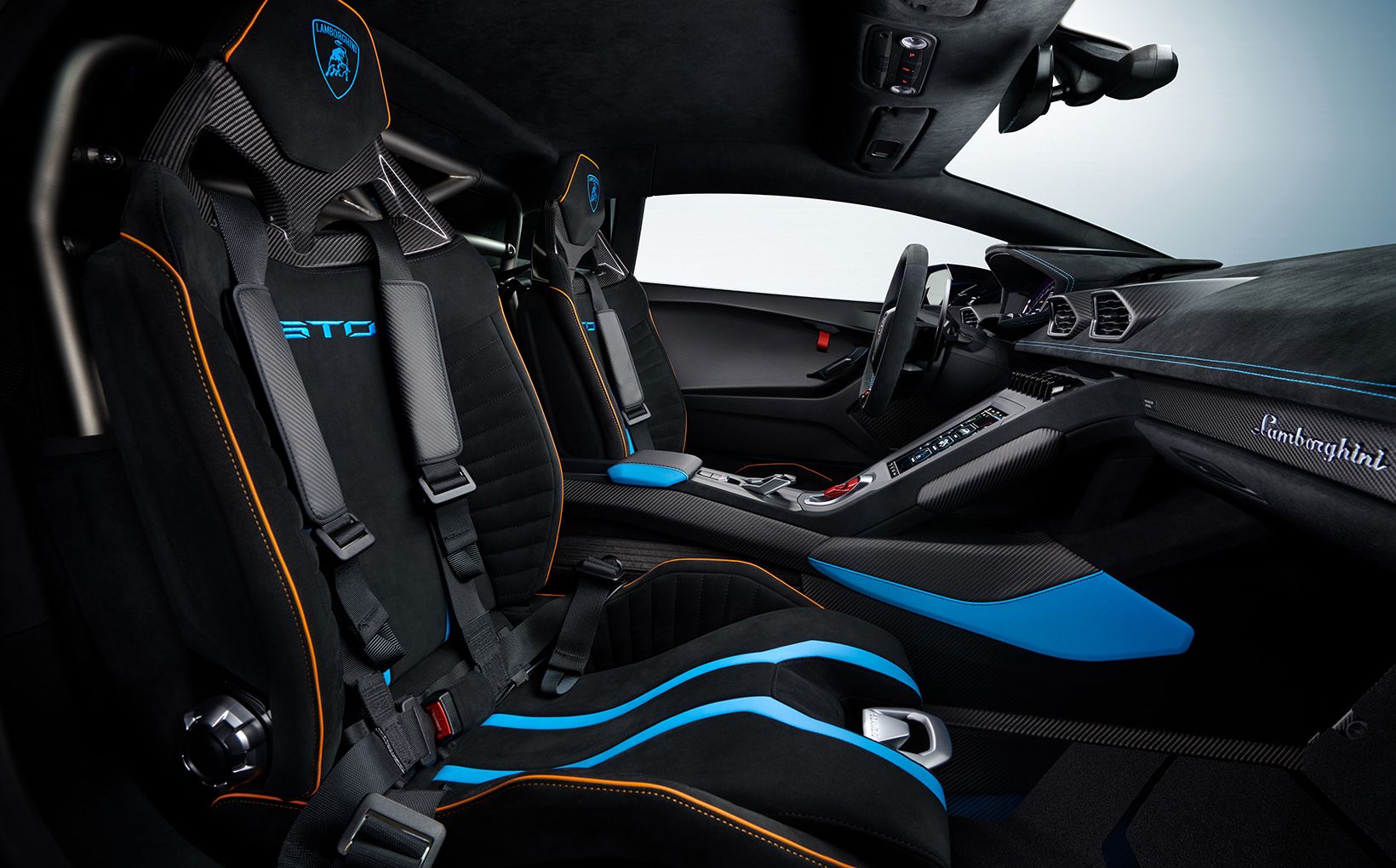 The STO makes its dynamic intent very clear both inside and out.

The racing theme is carried on within the cabin too with full carbon sports seats being wrapped in grippy Alcantara, carbon-fibre being used for the vast majority of the trim, four-point harnesses and a touchscreen infotainment screen with performance data logging.

According to Lamborghini chairman and CEO Stefano Domenicali, the STO “is the purest incarnation of Lamborghini Squadra Corse heritage”.

This is far from the first time Lamborghini has made a road-going racecar out of its most affordable model – the Gallardo 570-4 Super Trofeo Stradale followed a similar principal and was essentially a Superleggera with some more aggressive aero and track-derived features bolted on straight from the Super Trofeo racecar. 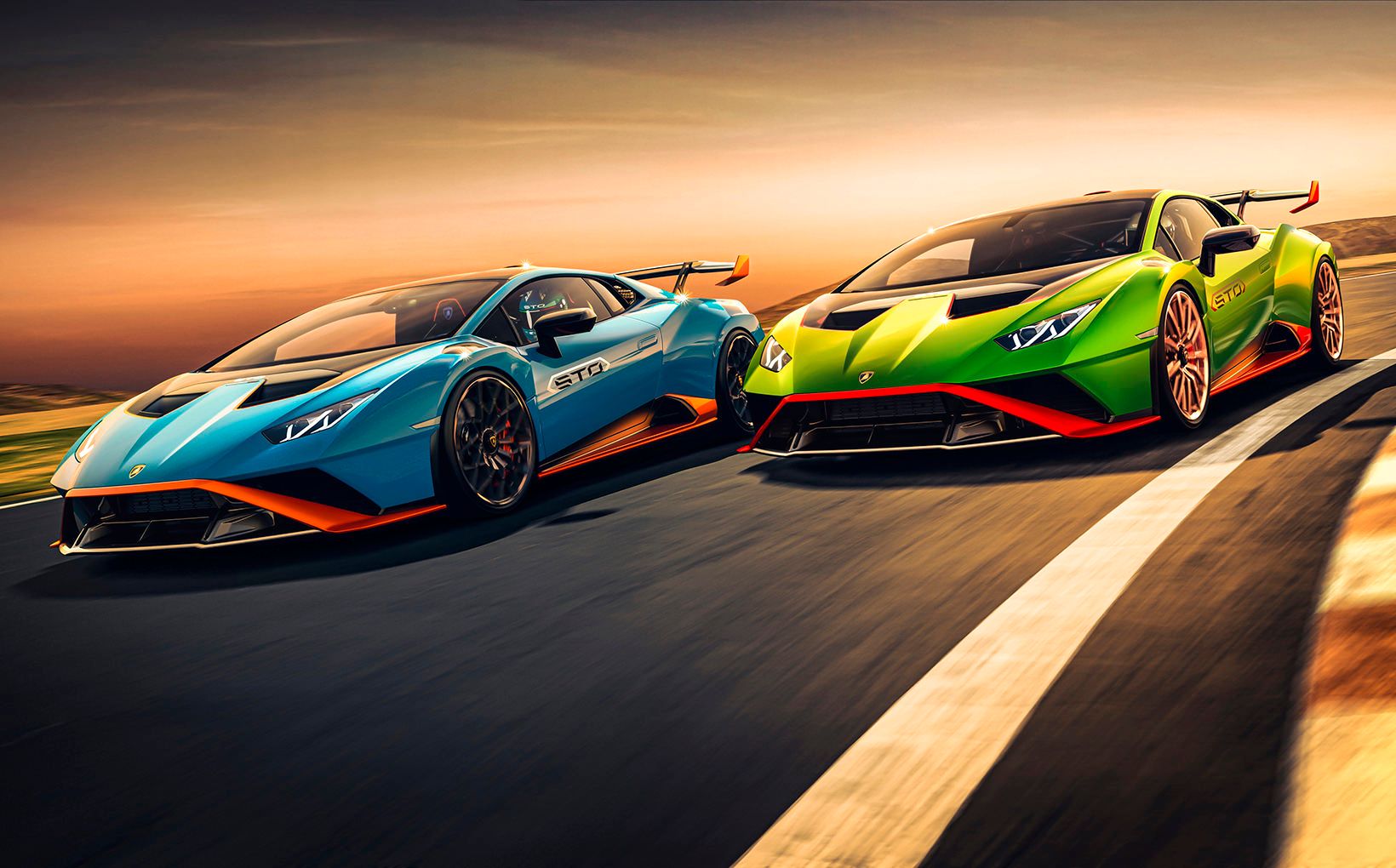 Lamborghini is the king of colour when it comes to supercars.

It remains to be seen if any Huracan STOs will make it to Australia, but we suspect at least one will given its predecessor won the 2010 edition of the Targa Tasmania, and who with the money could resist that childish colour-scheme…