It may be four months late, but Pagani has finally debuted the Huayra R

PAGANI burst onto the motoring scene back in 1999 with the reveal and subsequent release of its Zonda supercar that debuted with Italian supermodel looks and a screaming AMG-sourced V12.

Four versions of the original Zonda were released with varying levels of power and performance before things were stepped up with the launch of the Zonda F in 2005.

Powered by a 7.3-litre AMG V12, the Zonda F developed 443kW/760Nm and elevated the brand to a new high among the supercar elite, showing the other manufacturers Pagani was a serious player and not just some bespoke upstart. 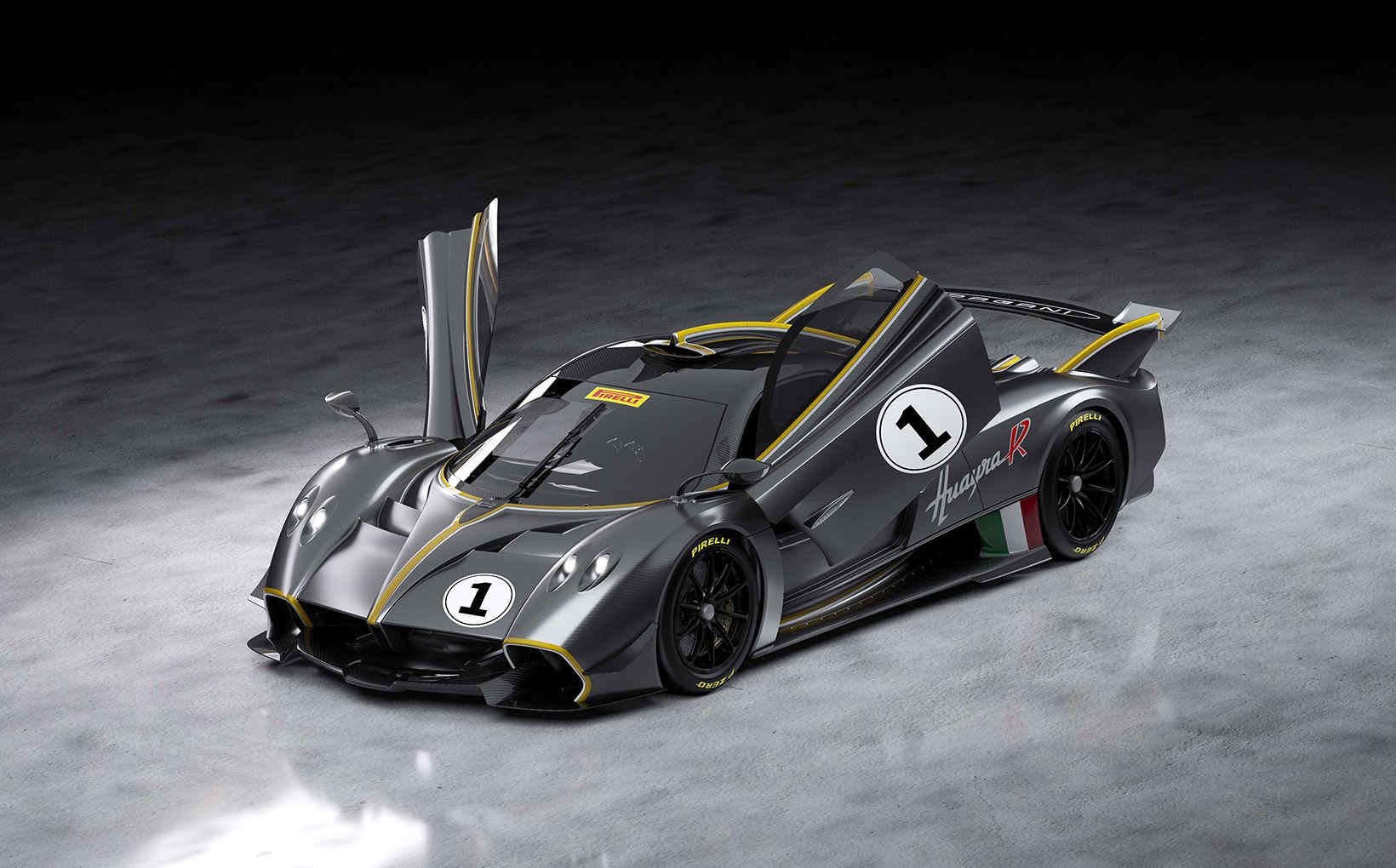 The Huayra R is the most focused, extreme and aggressive Pagani to date

In 2007 though, the ante was upped to levels beyond that of road legalisation in the form of the Zonda R, a track-only, all-carbon-fibre track weapon that obliterated the Nurburgring lap record at the time.

A series of watered down, road-legal versions followed the R before the Zonda was eventually replaced by the Huayra in 2012. 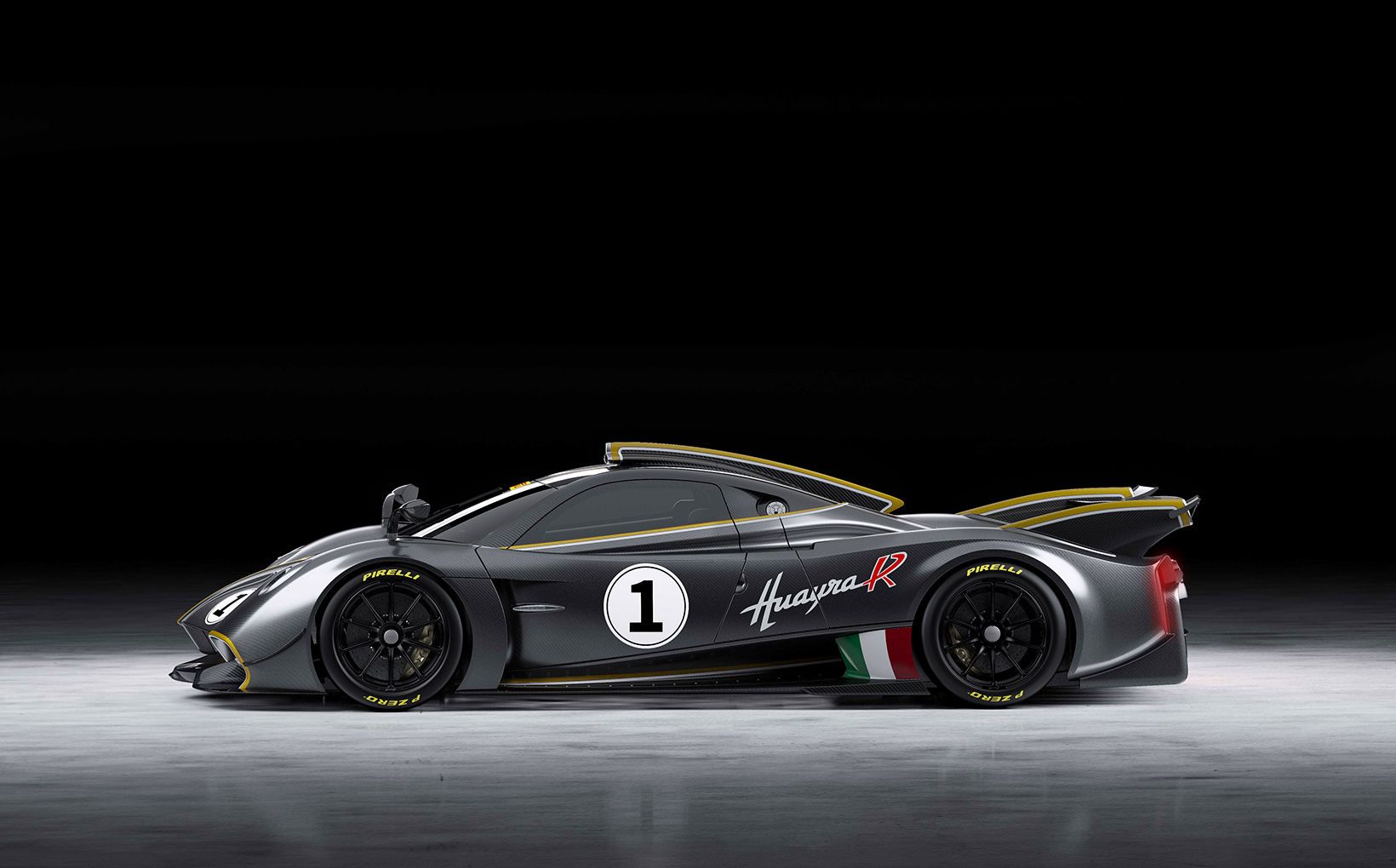 The Huayra R is longer, lower and sure to be louder than even the Imola.

After a heap of different versions and special editions, Horacio Pagani himself announced in October last year that a Huayra R was in the works and destined for a reveal on November 12.

Four months behind schedule, the Huayra R has been debuted and not to mince words, it more than lives up to the hype.

Huayra almost only by name and vague resemblance, looking like it’s come straight from the grid of a one-make race series, the Huayra R is longer, lower and more aggressive than any other Huayra to date and shares almost no components with any other variant. 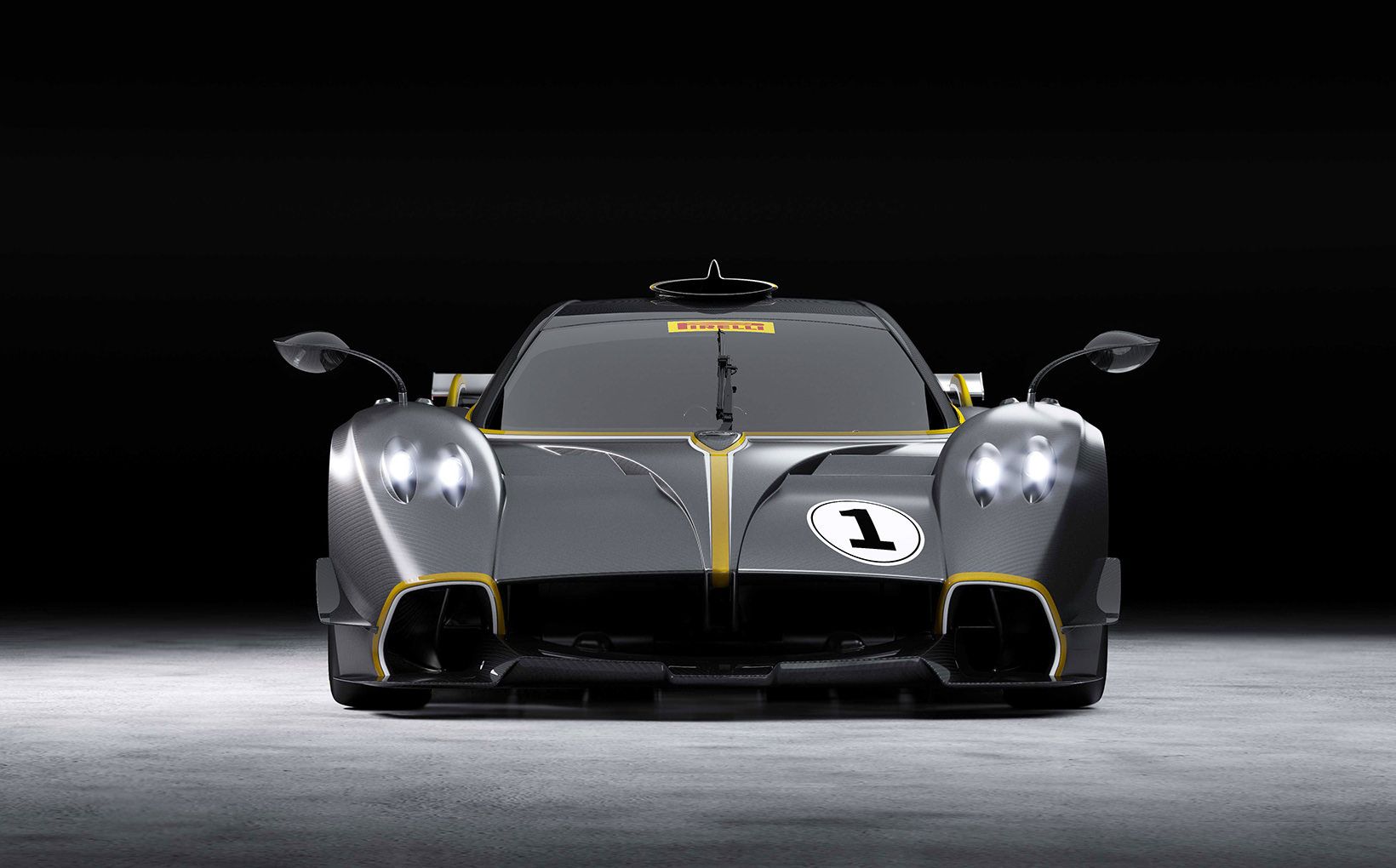 It might look a bit like a Huayra, but the R shares almost nothing with its road-going counterparts.

For starters, the regular car’s AMG-sourced twin-turbocharged 6.0-litre V12 is removed and in its place is a racecar-derived naturally aspirated 6.0-litre V12 developing 625kW at 8250rpm and 750Nm of torque available between 5500-8300rpm.

Revving out to an eye-watering 9000rpm, Mr Pagani said the engine had to have “the charm, romance, sound and simplicity of the F1 engines of the 1980s, while incorporating state-of-the-art technology available today”.

Even more impressively, the whole thing only weighs 198kg. 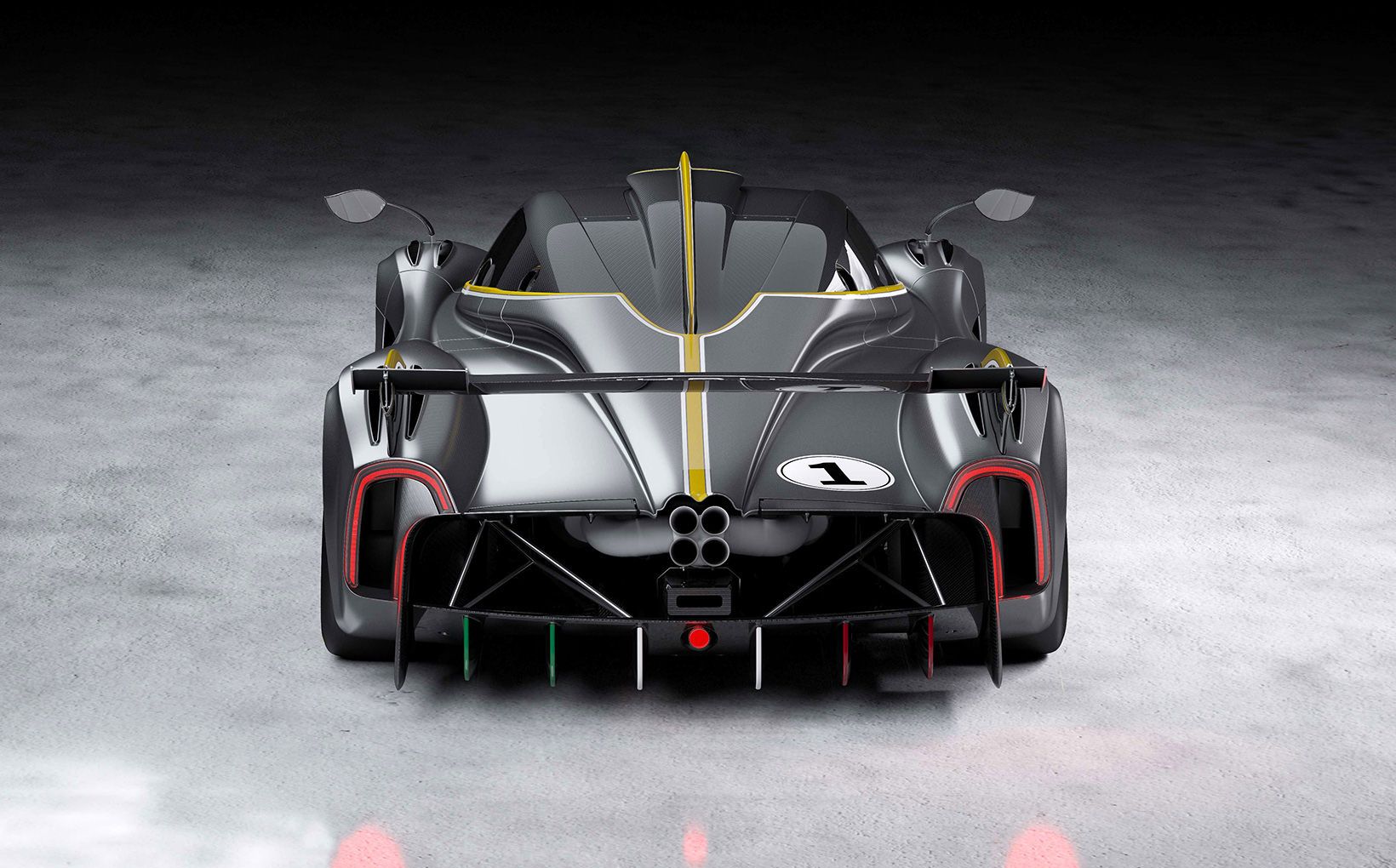 Lurking under all that carbon-fibre is a V12 that revs to 9000rpm.

As per the regular Huayra, power in the R is sent exclusively to the rear wheels with gear-shifting duties being taken care of by via a specially developed six-speed sequential transmission.

Underpinned by a Carbo-Titanium and Carbo-Triax monocoque, the Huayra R boasts a dry weight of just 1050kg with carbon-fibre being used extensively for the body and vast majority of the interior which combines with those 625kW/750Nm outputs to result in a power-to-weight ratio of 604kW per tonne.

Pagani hasn’t quoted any key performance figures for its latest track monster, however it has confirmed it will do more than 320km/h and generate more than 1000kg of downforce in the process. 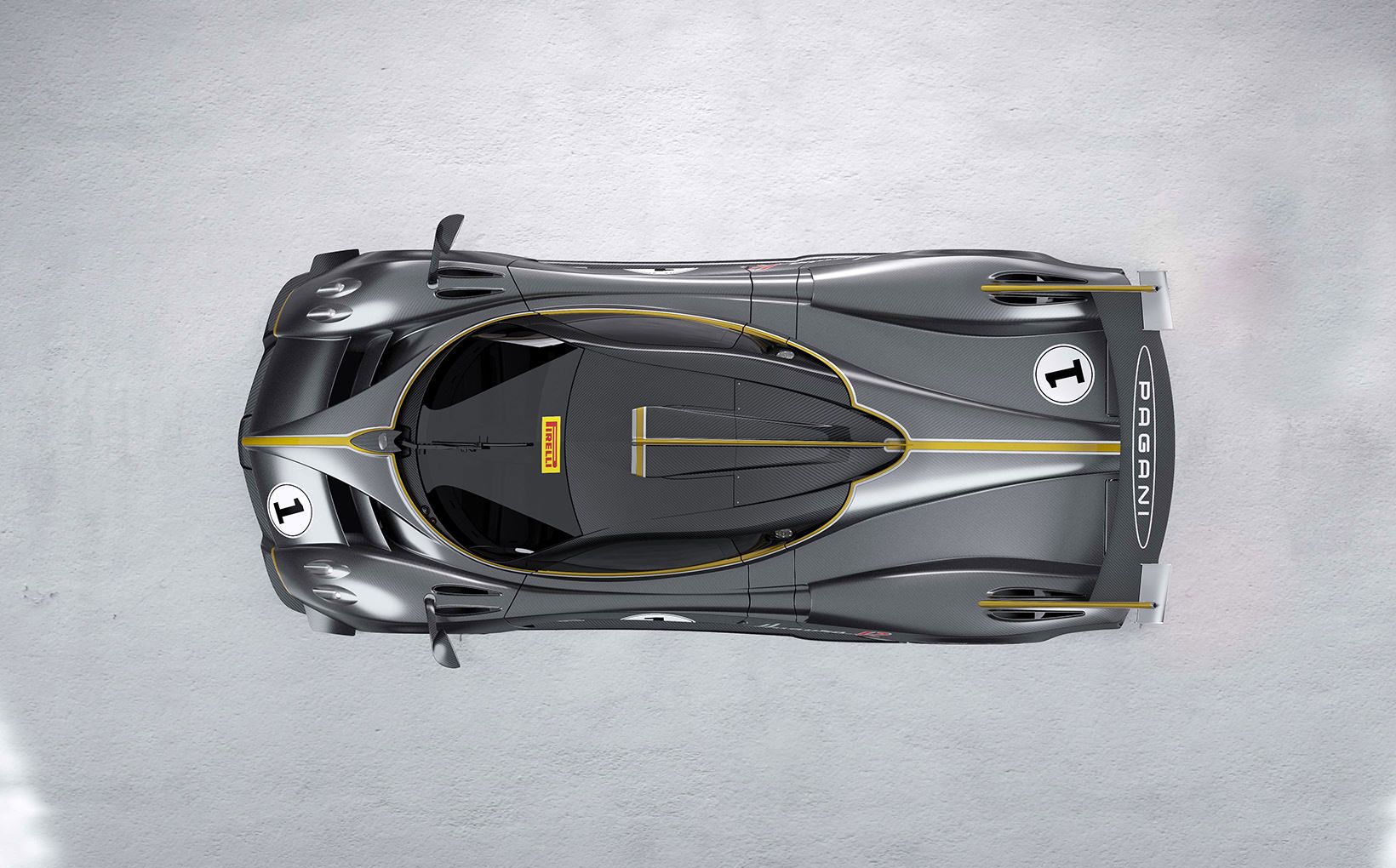 Not road legal anywhere, the Huayra R is all about track performance.

“In 2008 we were working on the Huayra, a very challenging and demanding project from an engineering and stylistic point of view,” Mr Pagani said. 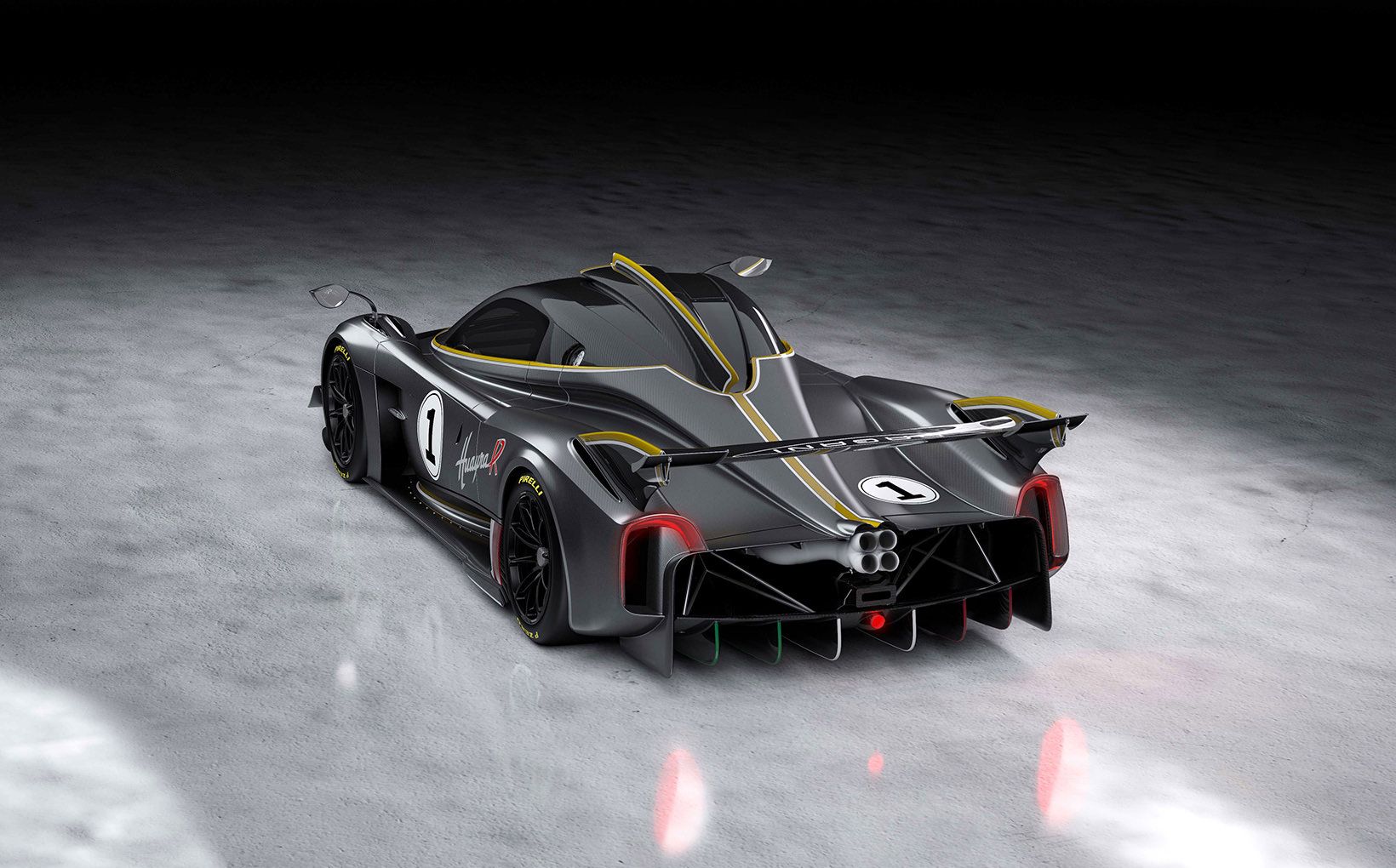 The Huayra R was designed exclusively as a track-only weapon, just like the Zonda R before it.

“After so many years, I felt an overwhelming desire for freedom and that’s how the Zonda R came about, a track car free from constraints and regulations.

“Beautiful, high-performing and safe. The Huayra R, just like the Zonda R, is the freest, most extreme and performance-oriented Pagani car of all time.”

Just how many Huayra Rs are going into production remains to be seen, but knowing Pagani you can expect there to be very few – less than 20 if the Zonda R was anything to go by. 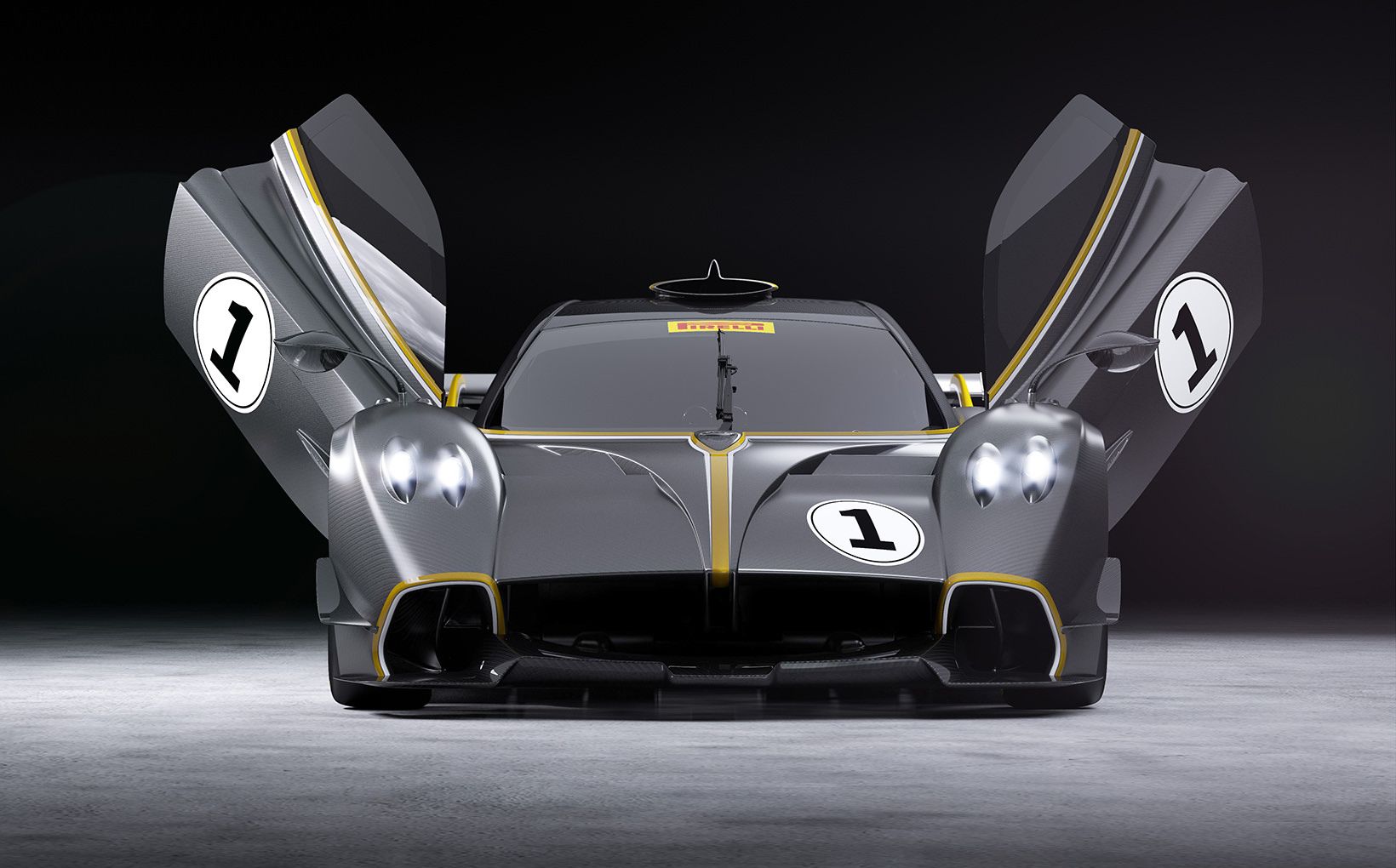 Bespoke, exclusive and potent, the Huayra R will likely be the most expensive Pagani to date.

Those of you reading this drooling with anticipation and temptation, the price is also yet to be announced, but you can safely expect it to be well into the millions.