ARE WE at the dawn of a new golden age for the VW minibus? Having recently revealed the battery-electric iteration of its iconic T-series – which has made Kombi, Microbus, Caravelle, Multivan and Transporter household names – Volkswagen has begun production of its ID Buzz in Hannover, Germany and is setting up its plant in Chattanooga, Tennessee to do the same.

The production version of the model arrives five years after the reveal of the ID Buzz concept at the Detroit Show and, like Volkswagen’s other ID-family battery-electric models, the ID Buzz and its Cargo variant are based on the VW Group’s Modular Electric Drive Toolkit (MEB).

If the model’s retro-inspired design triggers nostalgia, that’s exactly what the Wolfsburg-based brand intended. Earlier this year, Volkswagen Group chief executive officer Herbert Diess said the German brand was considering electric-powered versions of what he called “emotional cars” (such as the Beetle) and that the newly revealed ID Buzz was the brand’s “first priority” in the area. 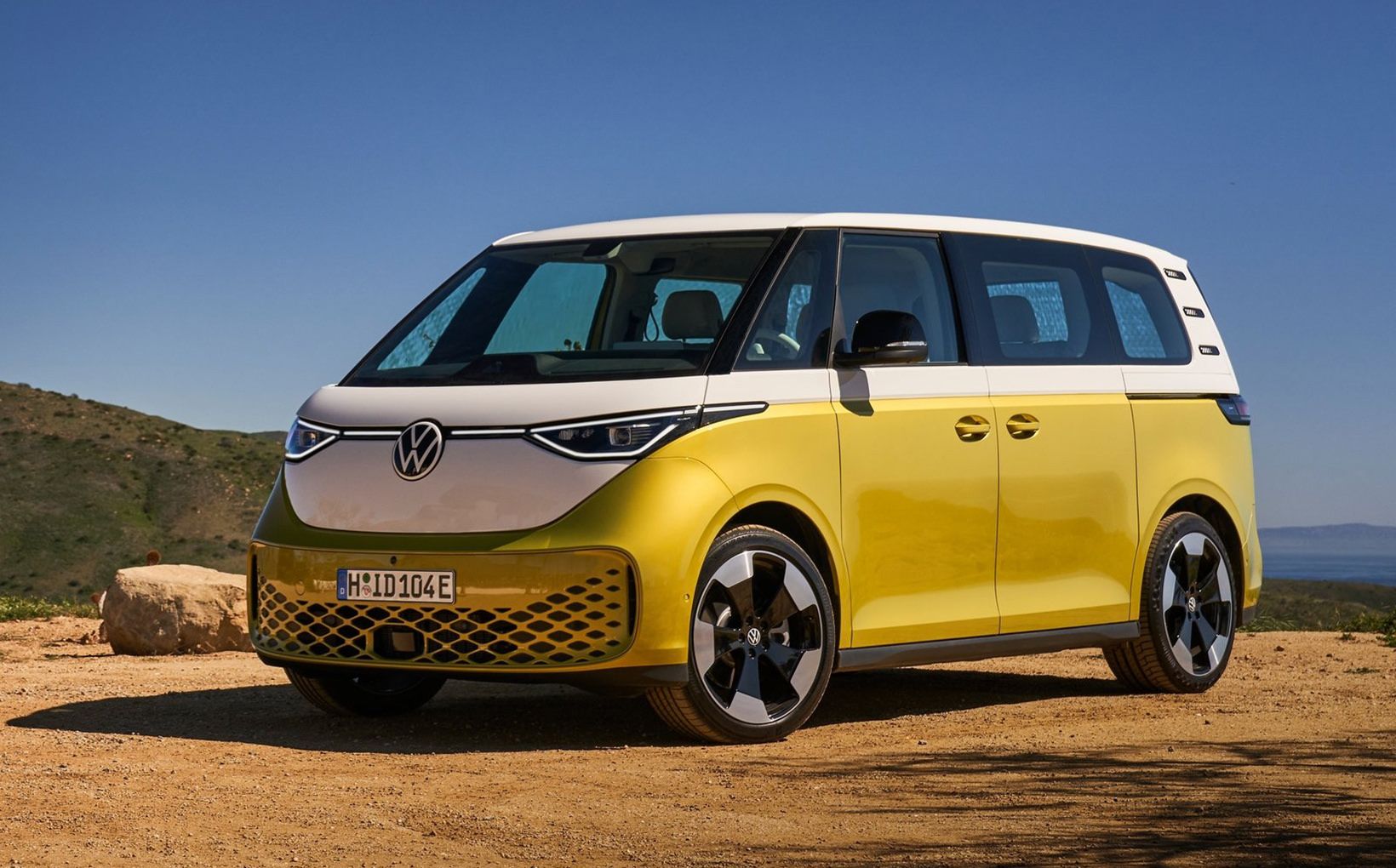 VW hopes the all-electric ID Buzz will evoke a sense of nostalgia with buyers.

After all, the ID Buzz is not compact hatchback or crossover as other MEB-based ID models have been to date – it is the spiritual successor to the air-cooled Type 2 that debuted in 1949.

That original van was known as the T1, which has so far spawned seven generations of the German brand’s T-series commercial models.

“With the ID Buzz, we are transferring the T1 DNA to the present day and thus into the era of electric mobility,” said the head of Volkswagen design, Jozef Kaban.

“The ID Buzz brings a lot of sympathy and proximity to people back to the road. In the T1 you practically sit on top of the front axle – there’s no front overhang. For all its safety and technology, the ID Buzz has super short overhangs too.” 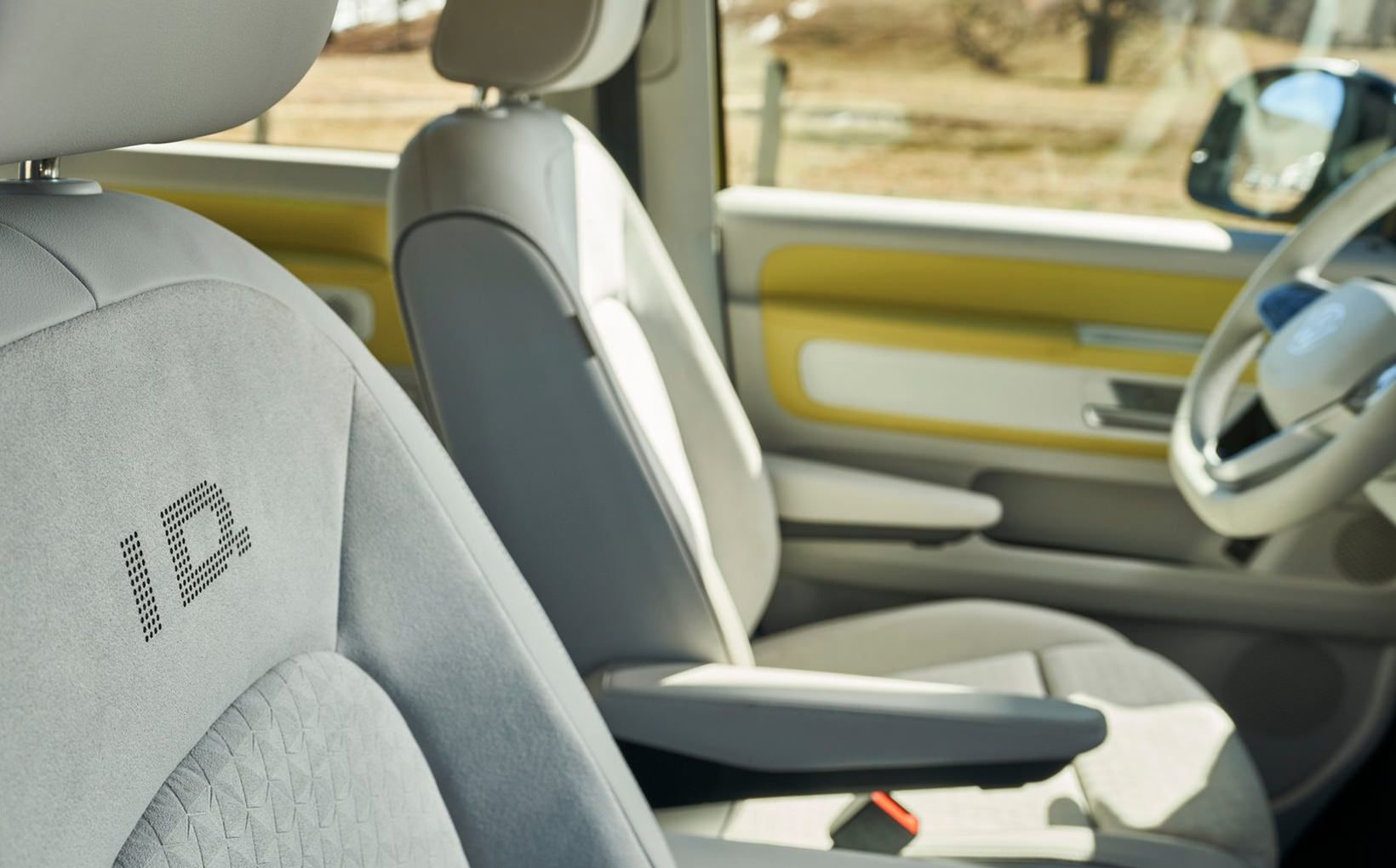 Inside and out, the ID Buzz shows a lot of classic Kombi influence.

The new model’s profile and proportions are indeed instantly recognisable; claimed to be “the first MPV with the drag coefficient of a car” (about 0.29), the ID Buzz features a V-shaped front panel between its LED headlights (with optional IQ Light functionality) and “air curtain” vents on the C-pillars – they’re obvious nods to the T1, while the full-width tail-light bar is also an all-LED affair.

Both ID Buzz and ID Buzz Cargo are 4712mm long and ride on a 2988mm wheelbase, which is roughly the same as that of the T6.1 Transporter. Including roof aerial, the two versions measure, depending on specification, 1937mm or 1938mm in height, 1985mm in width and although the new model is 81mm wider than a T6.1, its claimed turning circle is a relatively tight 11.1metres.

By virtue of its long wheelbase in relation to the overall length, the ID Buzz people mover offers a capacious, lounge-like interior with seating for five occupants (six-seat an even longer-wheelbase seven-seat versions are in the pipeline) and plenty of space for their luggage. Claimed load capacity is 1121 litres and, when the second row is folded down, up to 2205 litres of utility space is available. 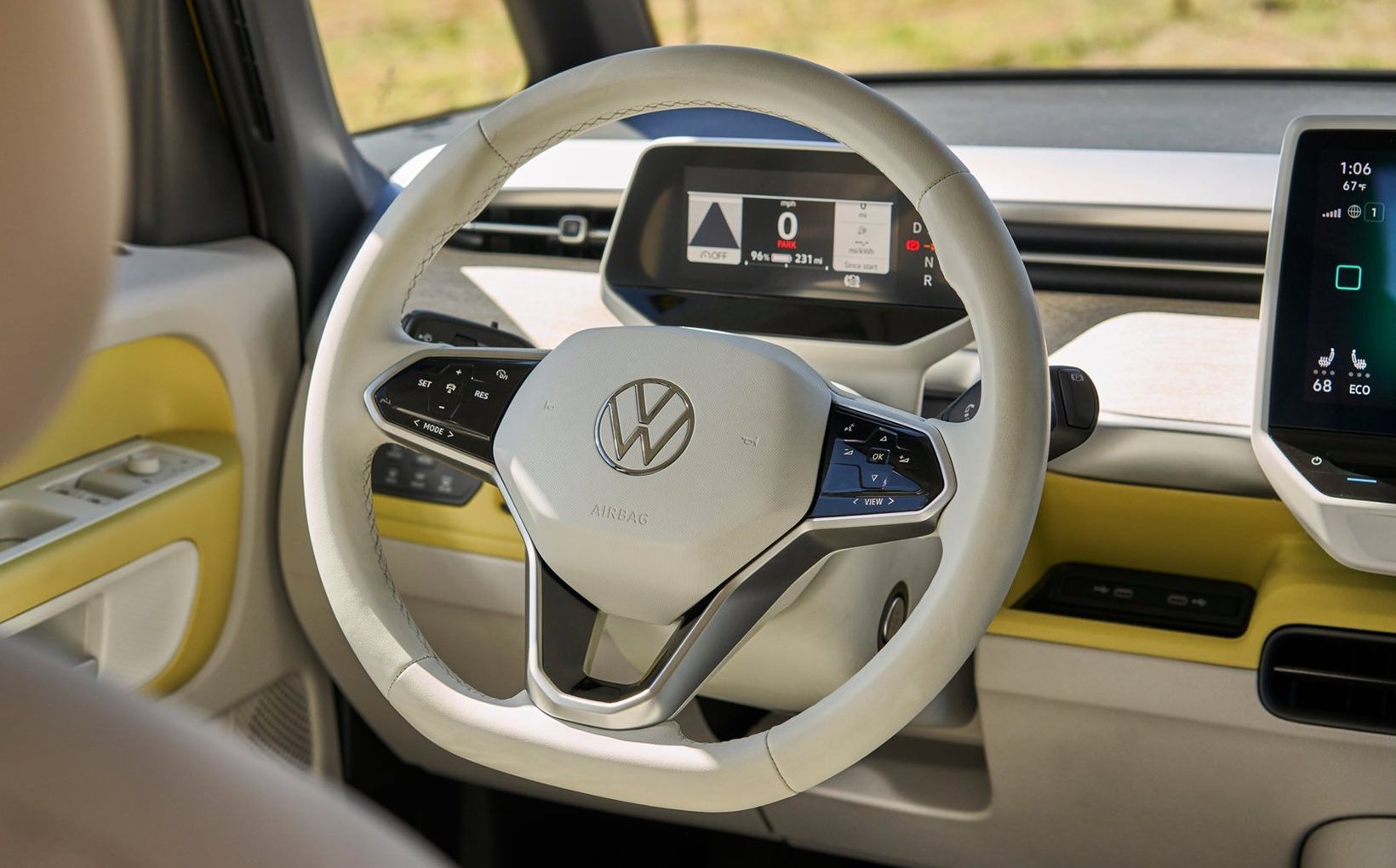 Volkswagen is planning people mover and commercial variants of the ID Buzz.

The ID Buzz’s cabin is minimalist, but in this case because of superior EV packaging – not a design that dates to the middle of the 20th century. The front seats are mounted high to enhance all-round visibility, have armrests (on the high-spec Pro trim grade) to create a captain’s chair-like feel, while the transmission lever is mounted on the steering column (very old school).

The dashboard features a 5.3-inch digital instrument display in combination with either a 10.0- or 12.0-inch infotainment touchscreen; a square-shaped lidded compartment is positioned below the centre vents; the door trims have large bins and a “Buzz Box” – a removable centre console with a laptop drawer, ice scraper and bottle holder and -opener – is located between the front seats.

The ID Buzz’s interior can be specified with bright dual-tone finishes, equipped with up to eight USB ports, a wireless charging pad and optional ambient lighting to brighten various elements. 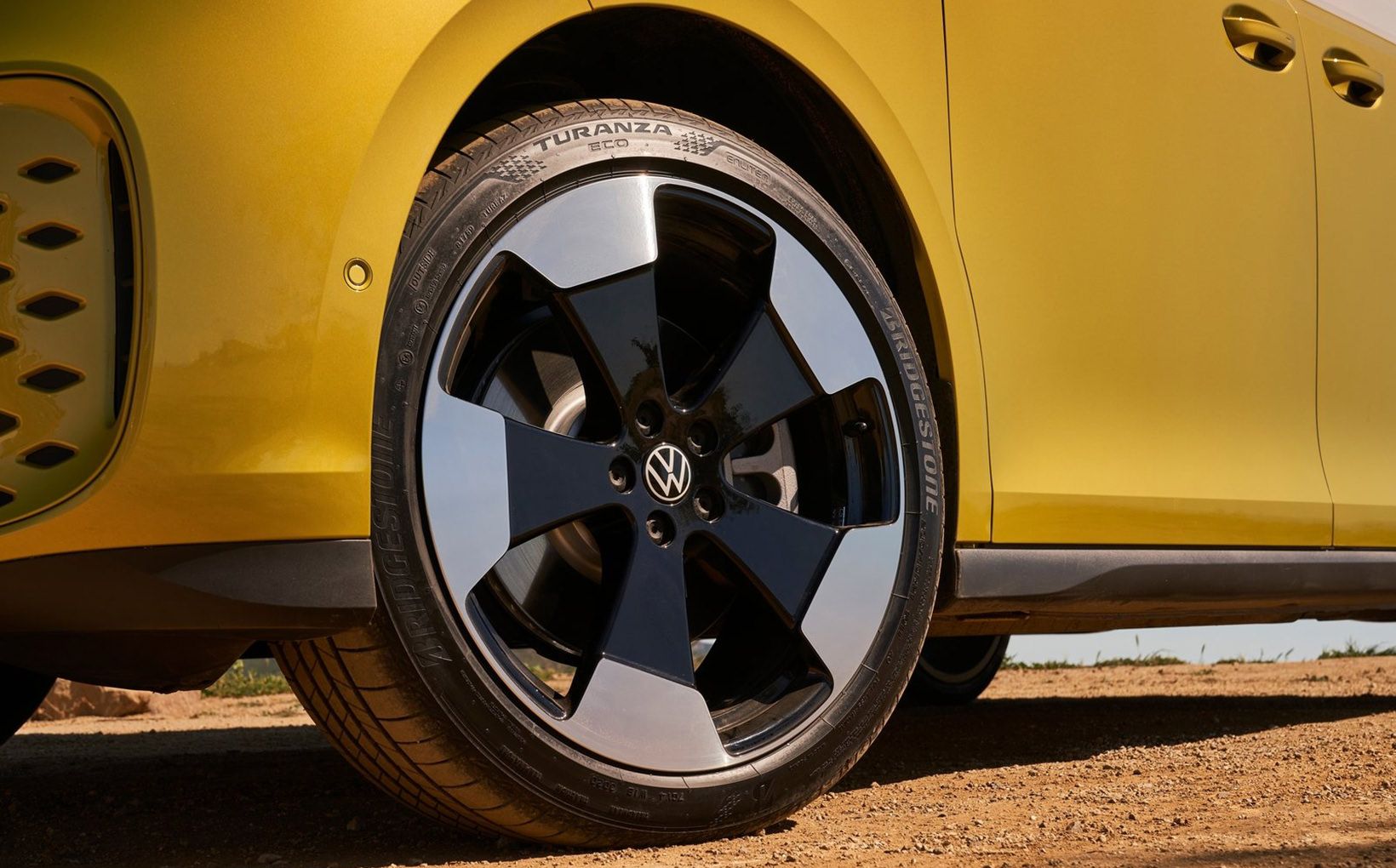 Nods to Kombi models past are evident in almost every design cue.

The ID Buzz Cargo panel van can be fitted with either two or three front seats and a fixed partition to the 3.9 cubic metres of cargo space, which can take two euro pallets (loaded transversely).

Chairman of the board of Volkswagen Commercial Vehicles’ management, Carsten Intra, described both versions of the ID Buzz as “pioneering in terms of their sustainability”

“Their manufacture and shipping have a carbon-neutral footprint, we are using recycled synthetic materials and the interior (features) no real leather.”

The ID Buzz and ID Buzz Cargo are launching across Europe with a 77kWh lithium-ion battery paired to a 150kW electric motor that drives the rear wheels.

Charging at up to 11kW from AC wall boxes or public charging stations is possible and when connected to a DC rapid-charging station, the battery can be recharged from five per cent to 80 per cent in about 30 minutes, Volkswagen claims.

Via this function, the ID Buzz can authenticate itself at compatible DC rapid-charging stations via the charging connector using the ISO 15118 standard. 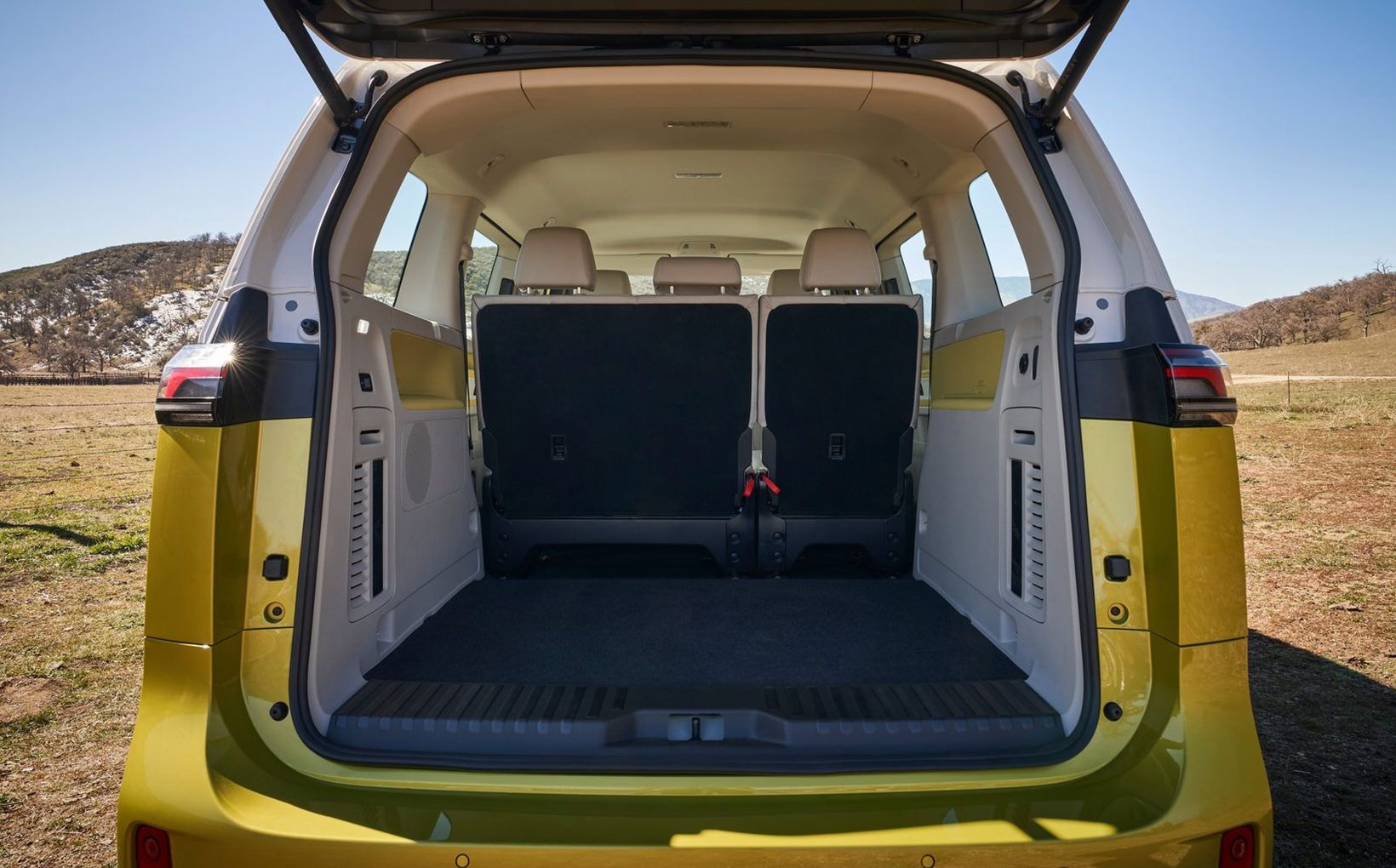 With no engine to consider, the cargo area of the ID Buzz is very generous.

Although Volkswagen has not released full details of the new model’s safety equipment, the firm mentioned Front Assist emergency braking function and, in the case of the MPV, Lane Assist lane-keeping assistant would be fitted as standard, as would the Car2X local warning system that utilises signals from other vehicles and the transport infrastructure “to spot hazards in real time”.

With the introduction of the ID Buzz, new assistance functions have made their way into Volkswagen’s ID family of products. 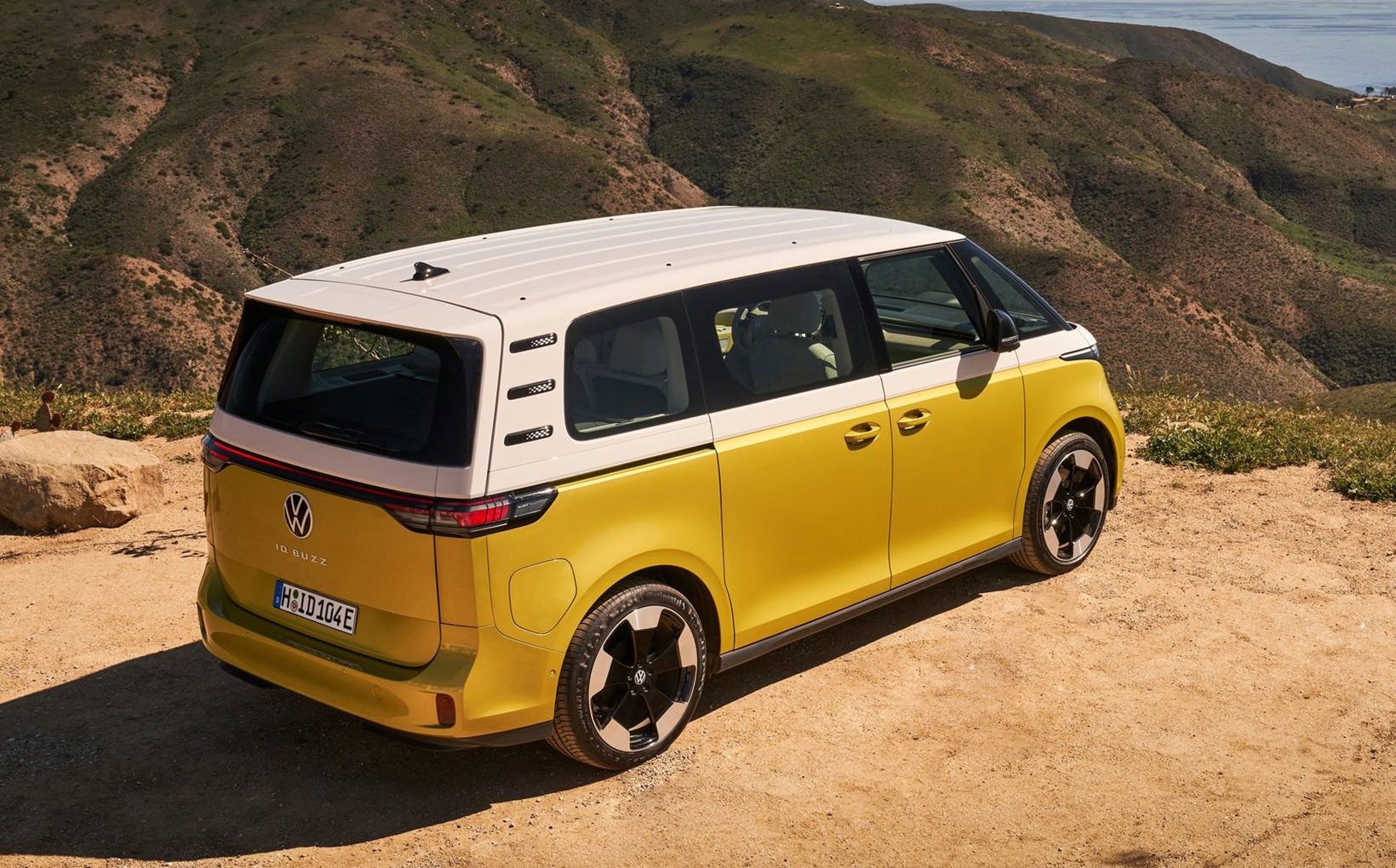 The ID Buzz won’t be the last retro-inspired EV model to come from Volkswagen.

For example, Travel Assist (with swarm data) facilitates partially automated driving across the entire speed range and, for the first time, assisted lane-changing on the motorway. There is also a memory function for automated parking on a previously saved route, which will be optional.

“The ID Buzz will also be used for future autonomous mobility concepts such as ride-pooling – an e-shuttle service of Group subsidiary MOIA that can be booked via an app,” added Mr Intra.

“The electric (Kombi) is thus also a part of the future of inner-city transport,” he said.

Volkswagen Australia has yet to confirm when the ID Buzz will be introduced Down Under, but the model – a rival to the upcoming Mercedes-Benz EQV – is under consideration for this market.