Hyundai gears up to launch new i30 Sedan N, but not without a Fastback goodbye 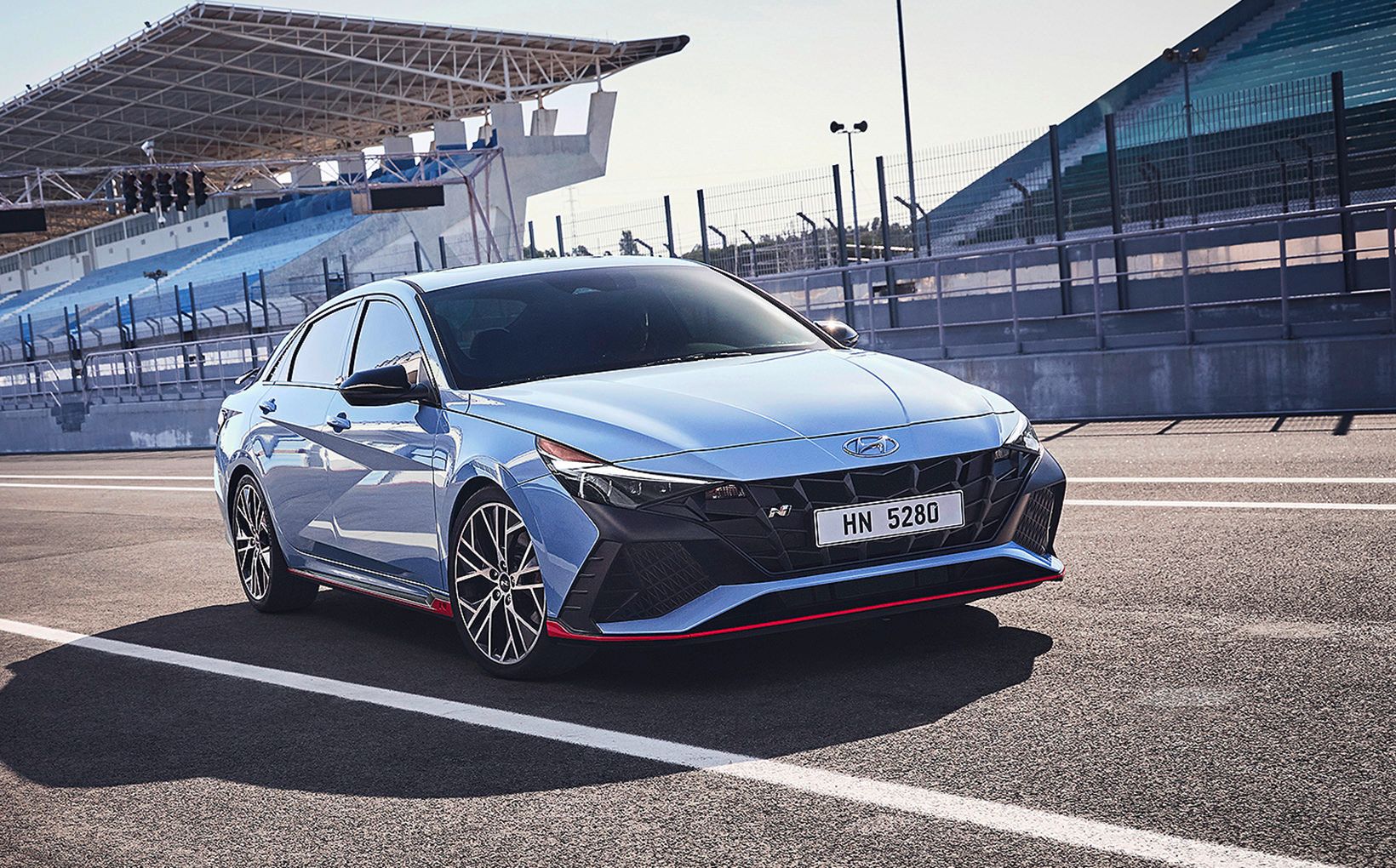 The i30 Sedan N may feature the i30 nameplate, but on paper it moves the game along again compared to the updated hatch and Fastback.

HOT hatch fans are spoiled for choice these days with no fewer than eight different models available Down Under for less than $60,000 brand new, and that’s before we mention the $60K-plus Euro monsters.

Each of them has their own character and unique take on the hot hatch recipe, but none of them grabbed headlines quite like the Hyundai i30 N did back in 2017 with its aggro styling, raucous soundtrack and epic dynamics.

Many people are tempted by the idea of a hot hatch but opt not to pull the trigger on account of their compact dimensions, which can prove less than ideal when, for example, it comes to accommodating growing families.

That’s why in 2019, Hyundai launched the i30 Fastback N; a sort of elongated four-door coupe version of its fire-breathing pocket rocket. 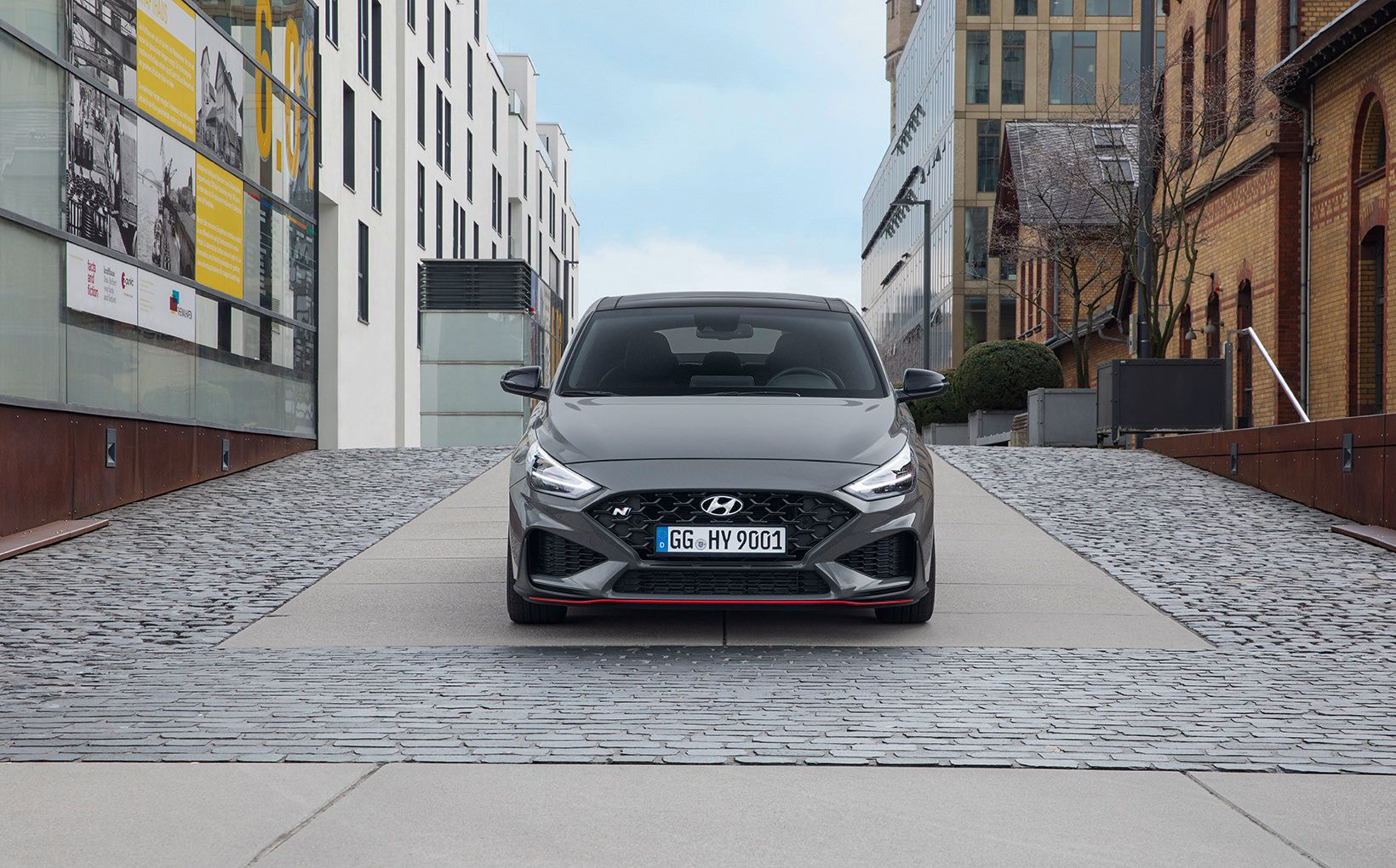 Both the hatch and Fastback have been significantly updated for 2021, each flaunting a new look, more power, more toys and a new eight-speed dual-clutch automatic transmission to help better compete with auto-only options like the Volkswagen Golf GTI and BMW 128ti.

Thing is though, the Fastback’s days are numbered – the updated version is a special edition limited to 500 units – because Hyundai is gearing up to launch the i30 Sedan N that does largely the same job in being bigger and roomier, but it rides on a newer platform.

Due to arrive in the closing stages of the year, the i30 Sedan N will have no direct rival in the mainstream market given it spanks the similarly-sized Skoda Octavia RS (grown up Golf GTI) on both power and performance with its turbocharged 2.0-litre four-banger churning out 213kW/392Nm on overboost (206kW standard).

Pairing that grunt with the new eight-speed DCT, launch control and a trick front diff results in a claimed 0-100km/h time of 5.3 seconds – 0.1s faster than the updated hatch. 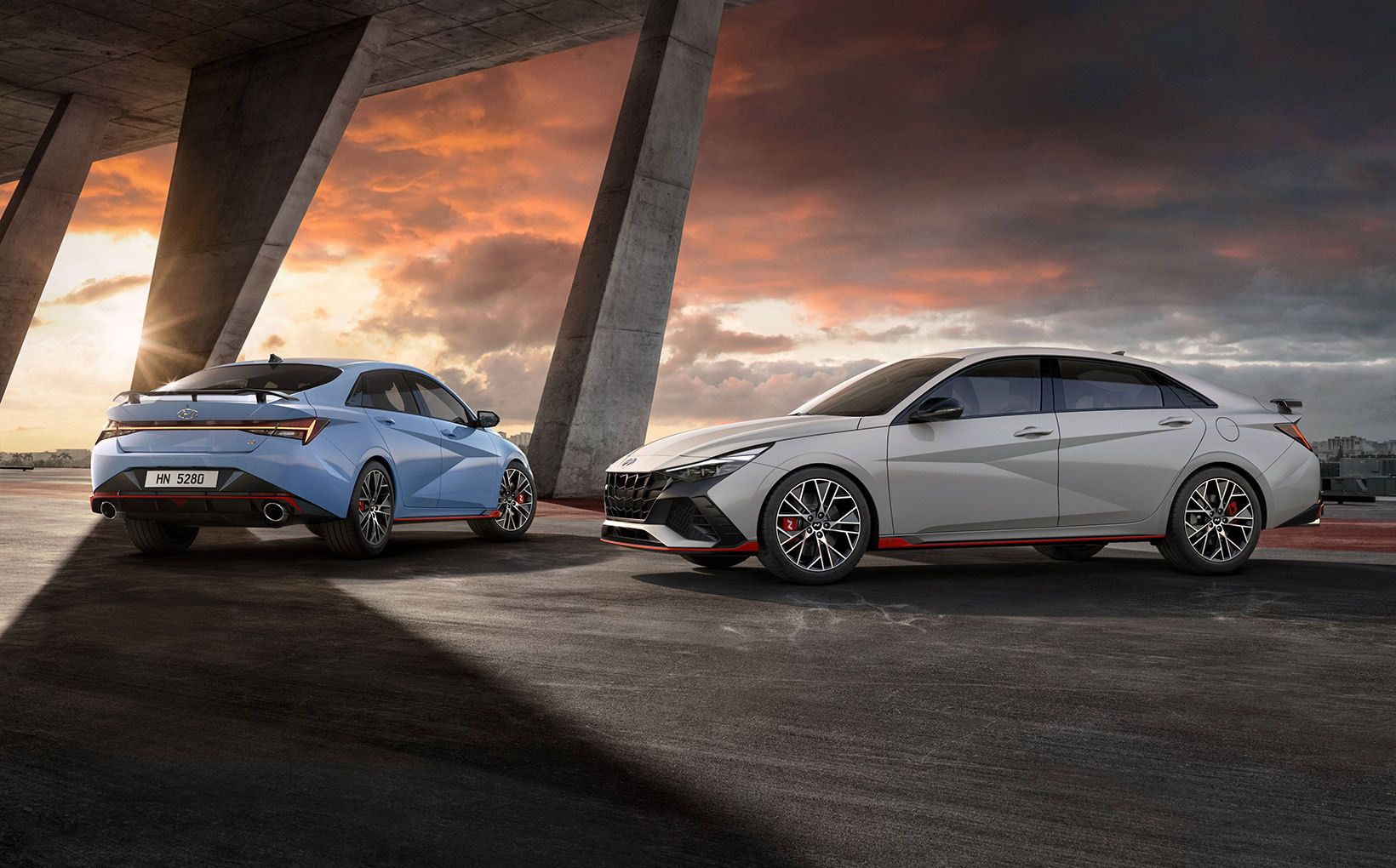 The i30 Sedan N will be the quickest Hyundai production car to date.

A more even match – eventually – will be the new-generation Subaru WRX, but the fabled Subi hasn’t even been unveiled yet (that happens on September 10) and won’t be landing on Aussie soil until early next year at the latest and its engine outputs are also yet to be confirmed, but a figure north of 210kW has long been suspected.

Whatever it ends up being pitted against, the i30 Sedan N should be more than up for the task given it’s the first Hyundai production car to include a WRC-inspired integrated drive shaft, wheel hub and bearing design claimed to be both 1.7kg lighter and stronger than conventional setups, which should pay dividends in the bends.

Helping things along even further are the first 245-section Michelin Pilot Sport 4S tyres to be used on a Hyundai, special engine mounts and dual-compound suspension bushes as well as the usual array of strut bracing, adaptive suspension, 19-inch alloys and adjustable drive modes.

While not unique just to the Sedan – the updated hatch and Fastback also get these functions – the addition of the DCT has allowed Hyundai to debut a trio of new ‘N performance functions’ designed to extract maximum performance and fun factor from the car. 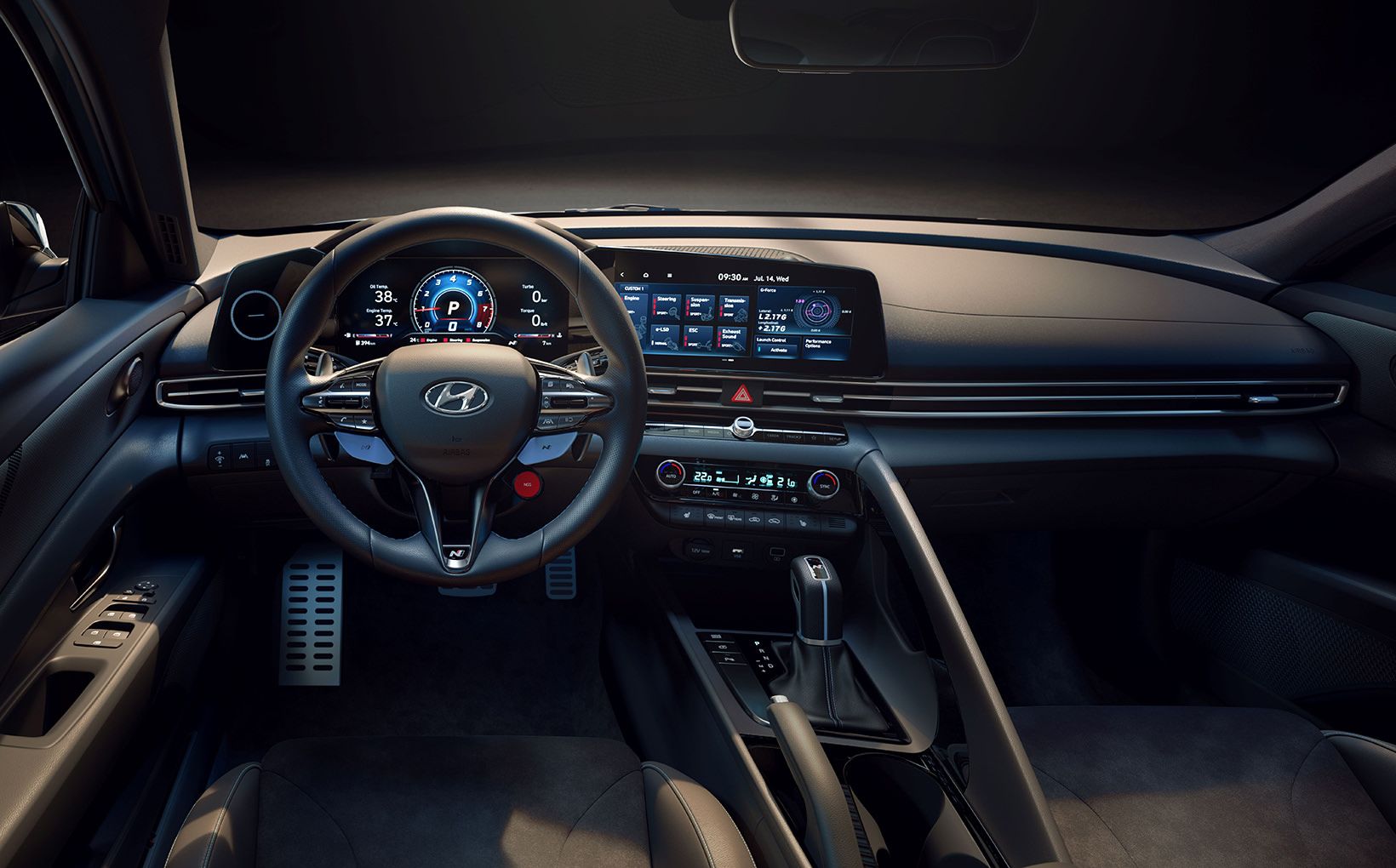 Same-same but more; in every way, especially sportiness.

N Grin Shift is the function responsible for liberating those extra 7kW on overboost for up to 20 seconds, with a countdown displayed on the digital instrument cluster.

N Power Shift meanwhile speeds up the gear shifts during hard acceleration to mitigate any torque dips during gear changes and keep progress as rapid as possible.

When in full automatic mode, N Track Sense Shift can detect optimum conditions for “dynamic driving” and as such, adjusts the transmission’s shift pattern and change characteristics to match. 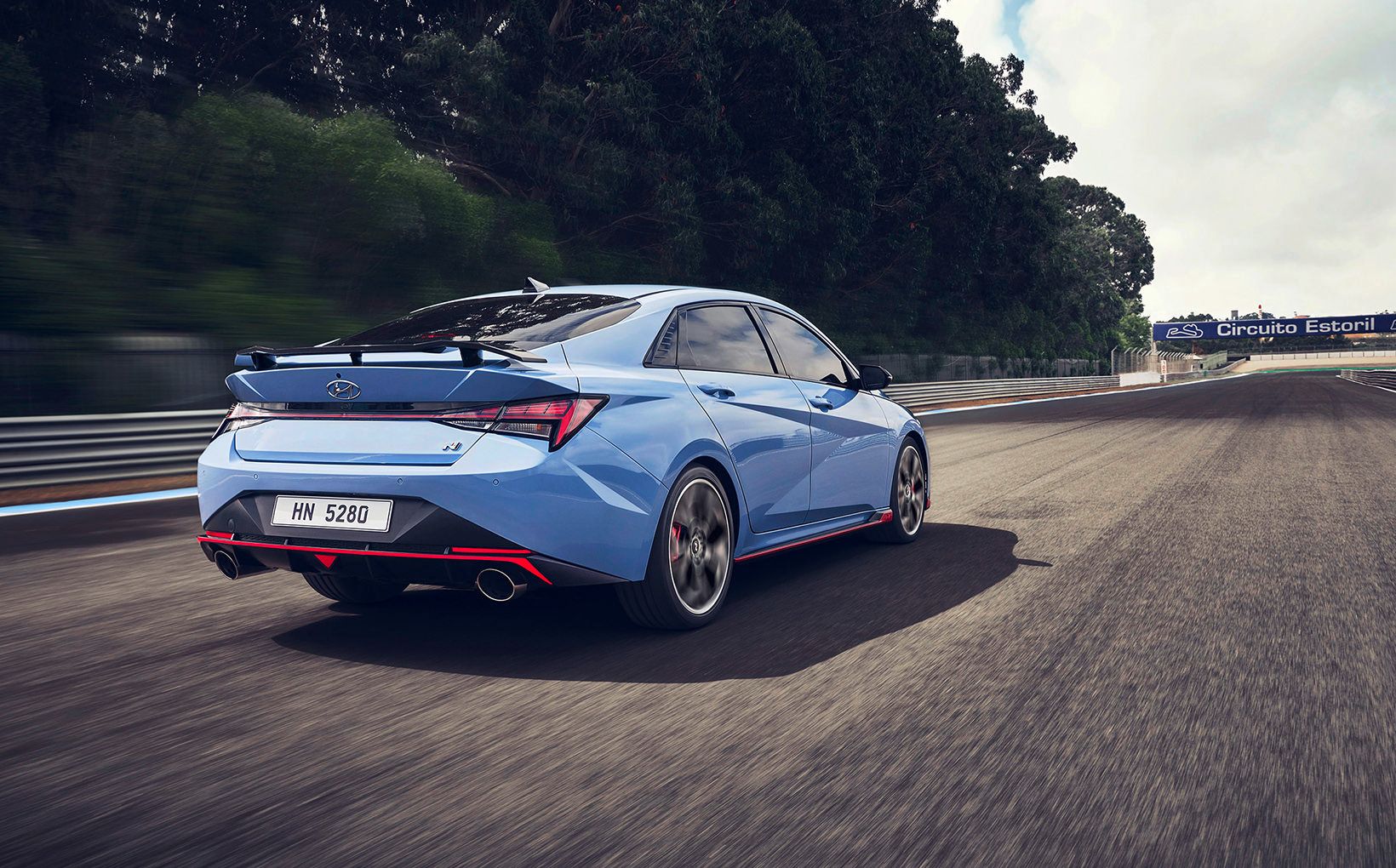 There’s no mistaking this for an Elite or N-Line…

The aggro attitude is continued within the cabin as well with pumped-up sports seats, Performance Blue stitching, performance readouts and displays, alloy pedals and, in the boot, red strut bracing.

Full specification details and local pricing will be revealed closer to launch.

If you’re one of the many people conflicted by the i30 Sedan’s (N included) styling, the Fastback sports a less radical but still-aggressive look and comes with many of – but not all of – the same go-faster goodies as well as lift-back practicality.

Manual and automatic (DCT) versions are available from $49,000 and $52,000 respectively but as previously mentioned, only 500 units are being offered here.

Hyundai Australia general manager of product planning Andrew Tuitahi said the local arm as no intention of offering the Fastback N as a permanent part of the line-up due to the crossover between it and the newer Sedan. 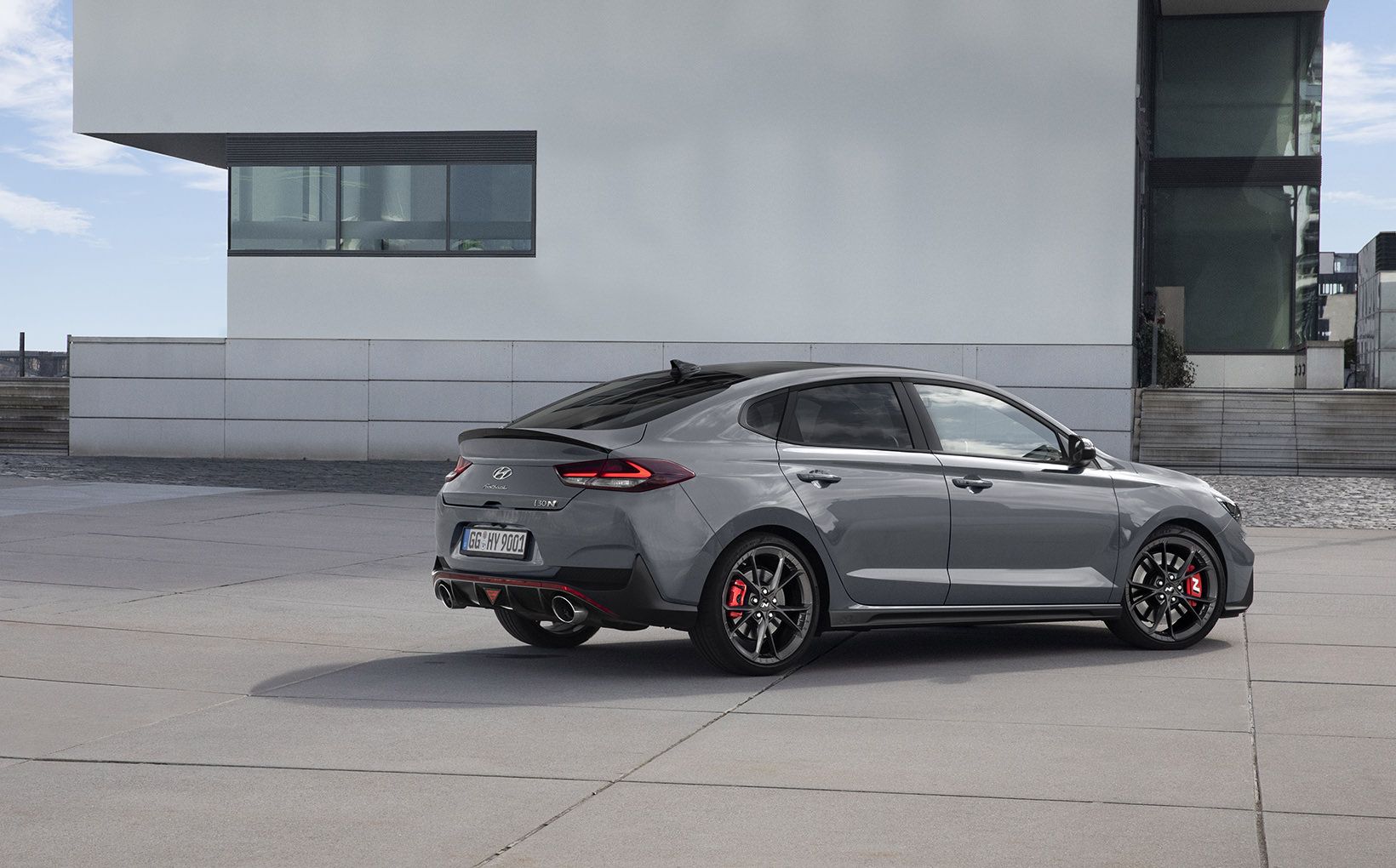 Due to the overlaps between the two, the Fastback is being phased out and replaced by the newer Sedan.