GORDON Murray became a household name back in the 1990s when the Formula One engineering specialist spearheaded the development of the McLaren F1, a supercar that blew its competition out of the water and whose performance figures still stack up today.

Fast forward to present day, and Murray is looking to write a new page in the book of automotive history with his new T50 hypercar, this time under his own automotive marque, Gordon Murray Automotive (GMA).

First revealed in December last year, the T50 has now been revealed in full production guise, with the new-generation hypercar borrowing more than a couple of features from its McLaren F1 forebear. 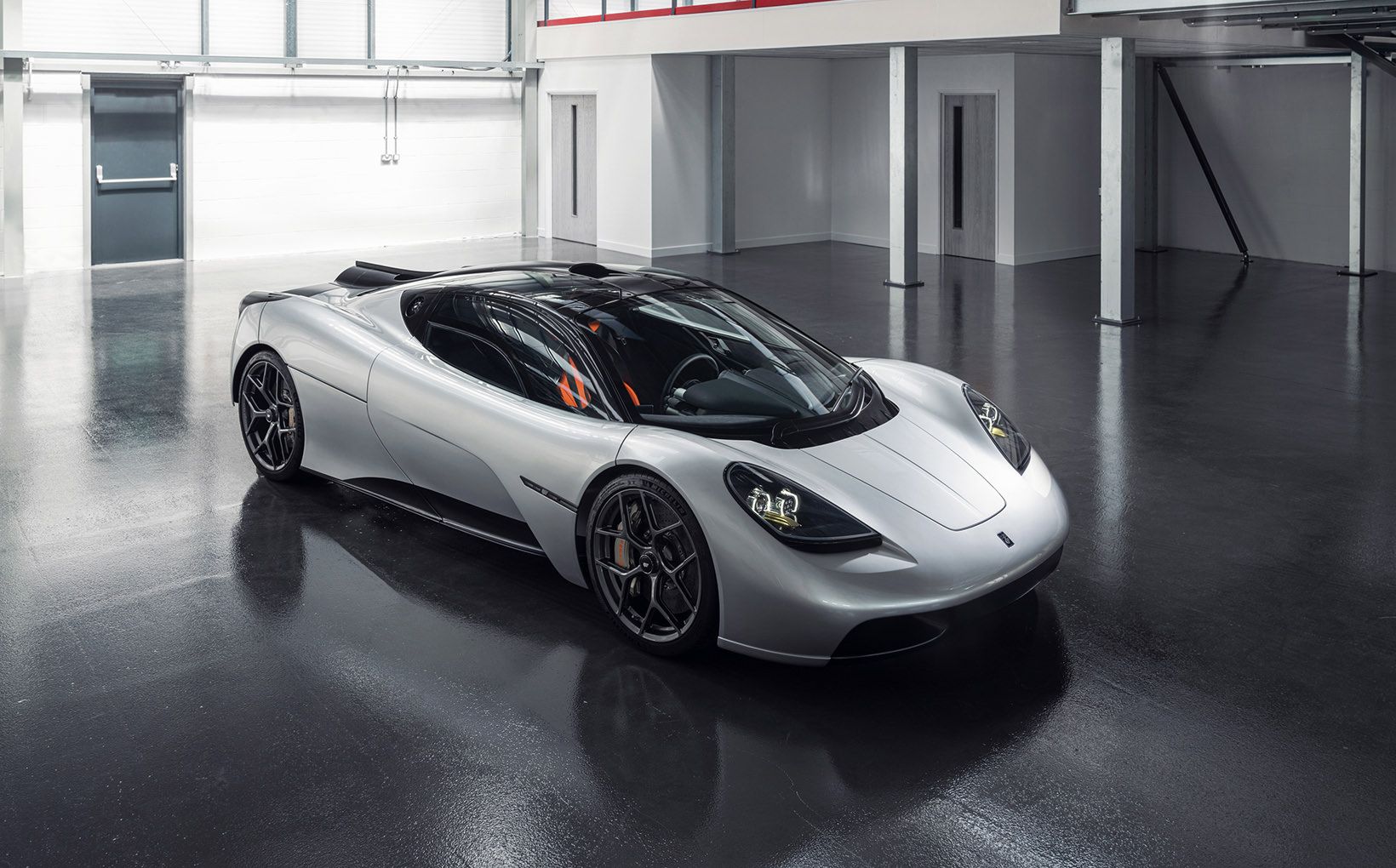 The GMA T50 is undoubtedly the spiritual successor to the McLaren F1 supercar of the 1990s.

Arguably the most noticeable nod to the F1 is seen in the T50’s cabin layout, which copies the iconic three-seat cabin of the McLaren with the driver positioned centrally and flanked by a seat on each side.

Limited to a run of just 100 units, the driver’s seat of each T50 will be constructed to suit the buyer, while up to 288 litres of luggage space will be on offer.

GMA has gone for a simple, minimalist cockpit layout for the T50, which consists of a 120mm central analogue rev counter, small infotainment screen with Apple CarPlay and Android Auto compatibility, and a 10-speaker, 700W audio system. 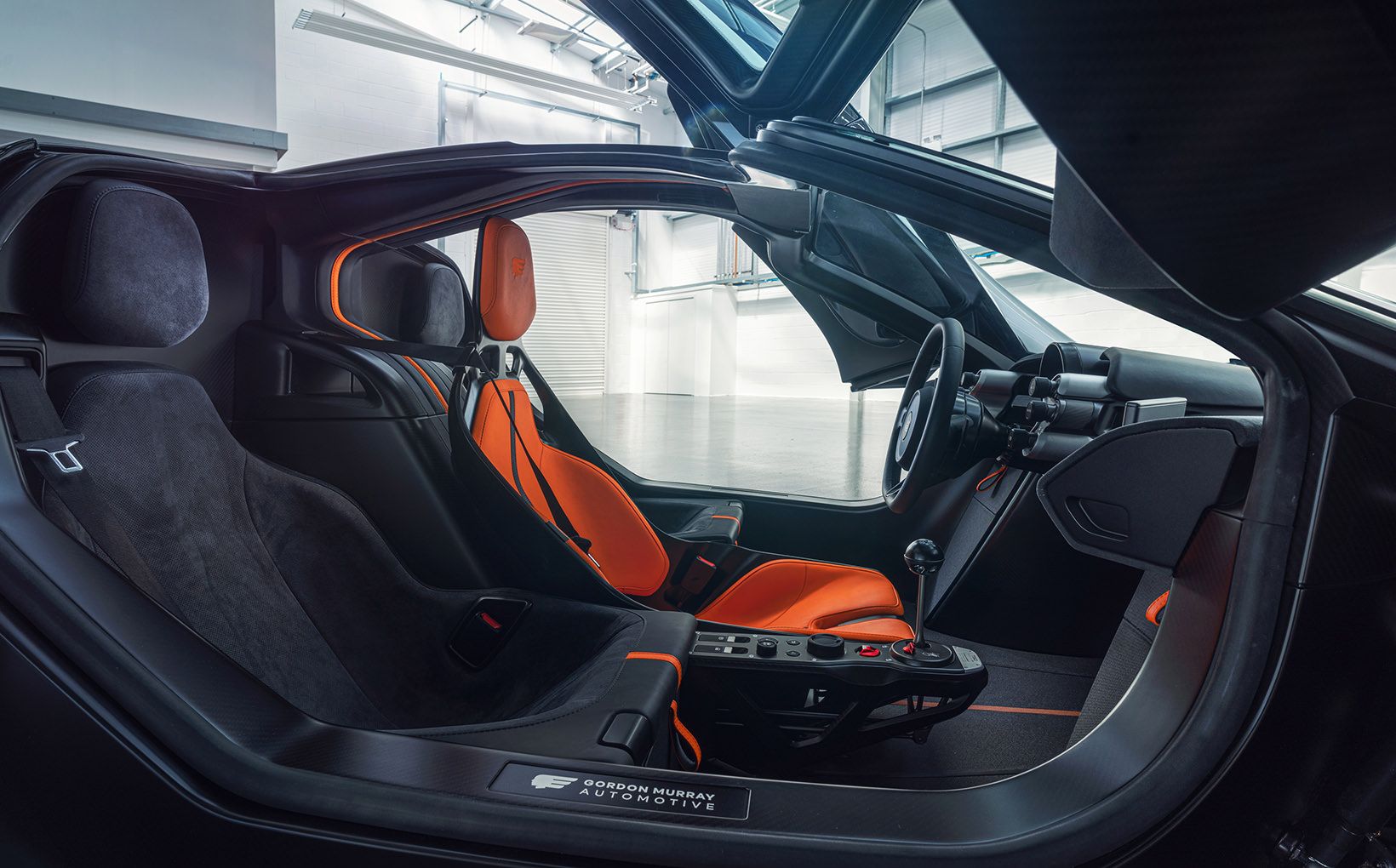 The cockpit of the T50 features the same three-seat layout as the F1.

However the cabin of the T50 is arguably the least exciting part of the car – on the other end of the spectrum you have the engine, a specially developed, mid-mounted 3.9-litre naturally aspirated petrol V12 developed by Cosworth.

Able to rev to an insane 12,100rpm redline, the engine produces 488kW of power and 467Nm of torque, with GMA claiming the engine delivers superior responsiveness to that of a Formula One car.

With pure driver engagement in mind, the V12 is mated exclusively to a six-speed manual transmission, with power delivered to the rear wheels only. 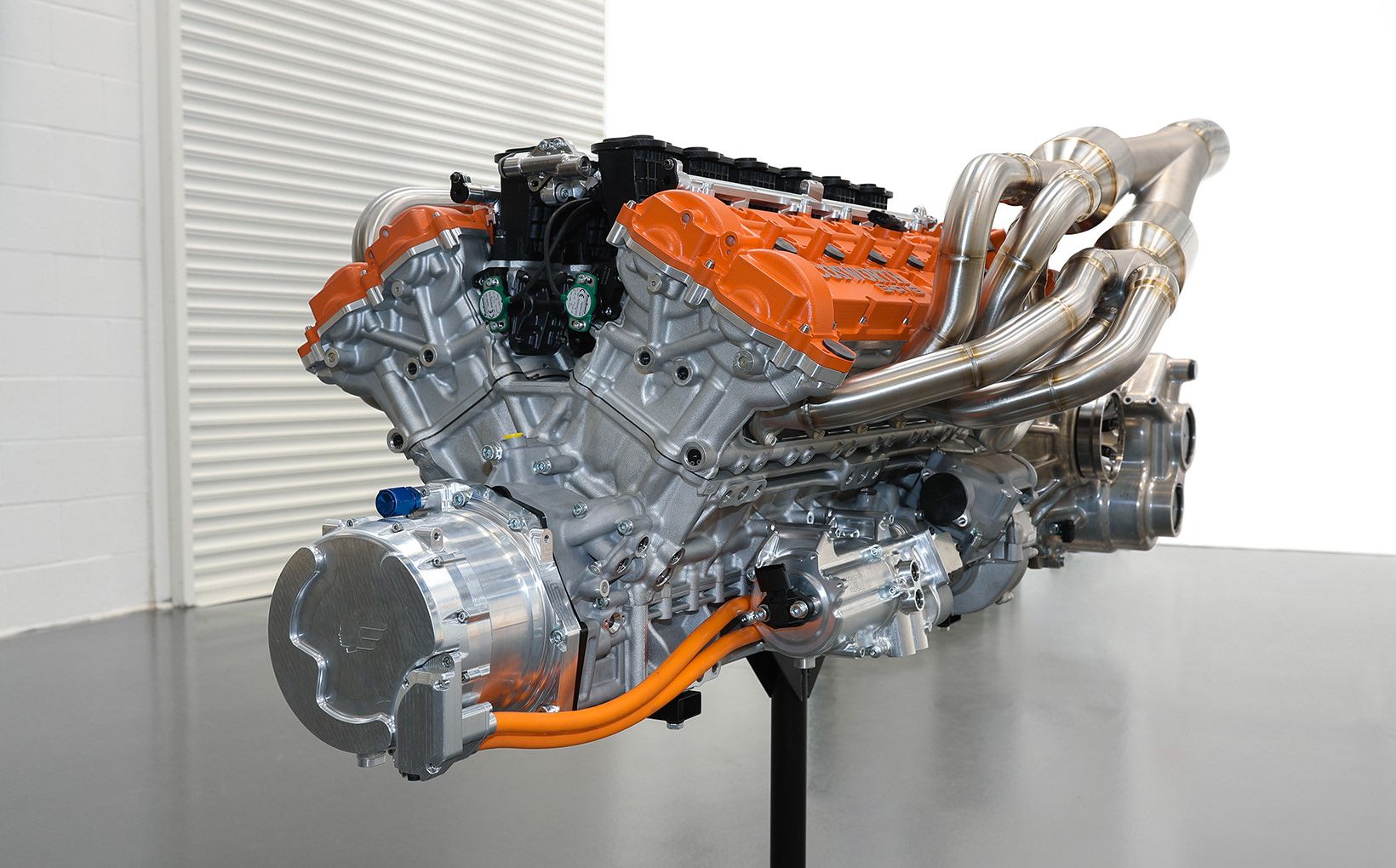 One could imagine a car with that sort of engine may be akin to a rabid pitbull trying to break from its leash, which is why GMA has included a ‘GT Mode’ setting that limits revs to 9500rpm while increasing the front and rear ride height to avoid scrapes and panel damage.

Despite its monumental power output, the T50 is relatively small with a similar footprint to the Porsche Cayman, while its carbon-fibre chassis and body helping the car to tip the scales at just 986kg – making for a power-to-weight ratio of 494kW/tonne.

Design-wise, the T50 is a pure sportscar, with its light weight combining with high-tech aerodynamics which the brand claims are the most advanced of any road car. 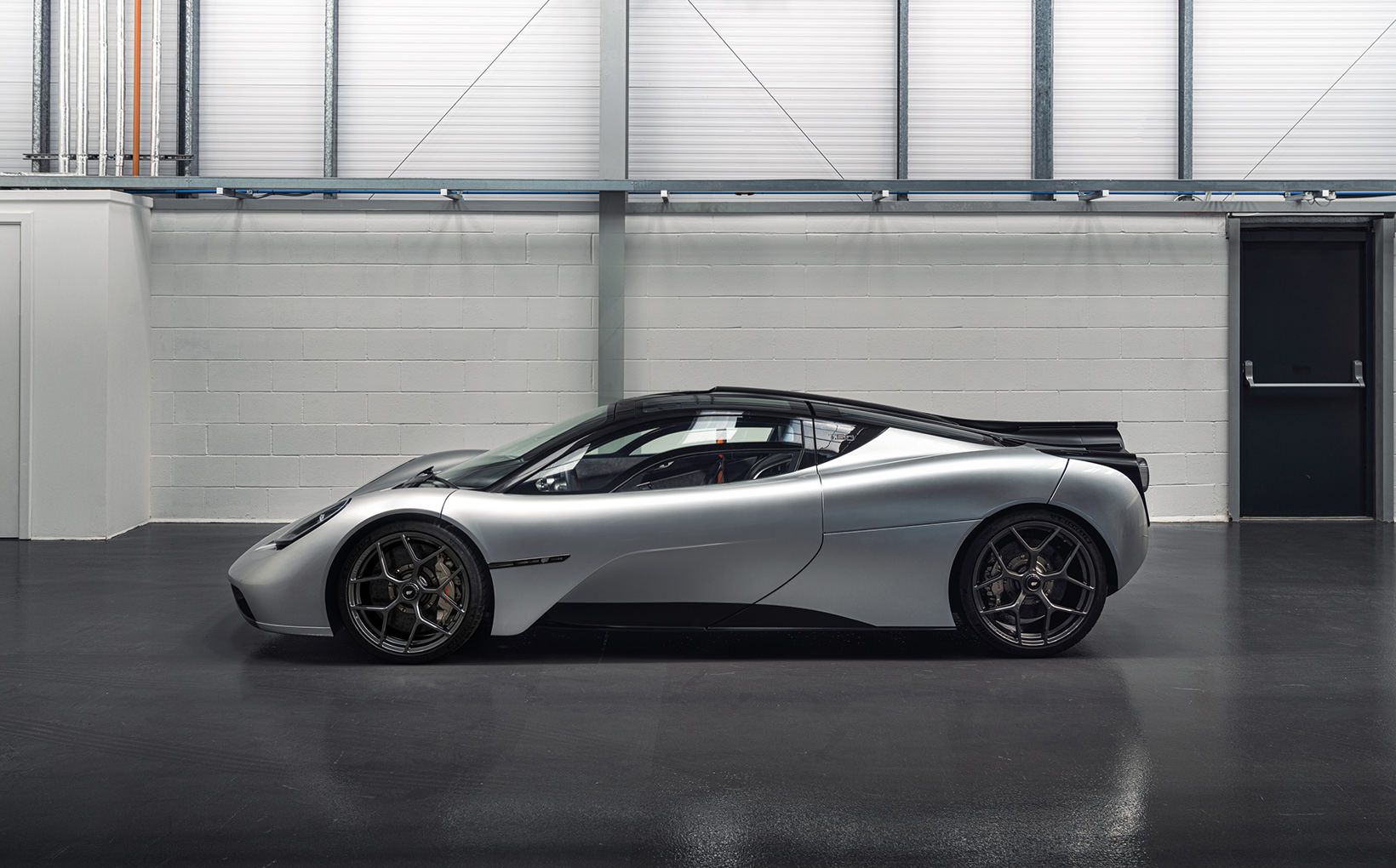 The T50 tips the scales at just 986kg, giving it a fearsome power-to-weight ratio.

Four separate aero modes are accessible for the driver, which can increase downforce by 50 per cent, reduce drag by 12.5 per cent and cut 10m off the braking distance from 150mph (241km/h).

Undoubtedly the star attraction of the aerodynamic enhancements is the T50’s 400mm fan, mounted on the rear of the vehicle in place a traditional spoiler which helps to accelerate air passing under the car and in turn force it through active control ducts that form part of the rear diffuser.

The fan is powered by a 48V motor and can spin at up to 7000rpm, while helping to balance drag and downforce regardless of vehicle speed which removes the need for an array of vents, ducts and spoilers. 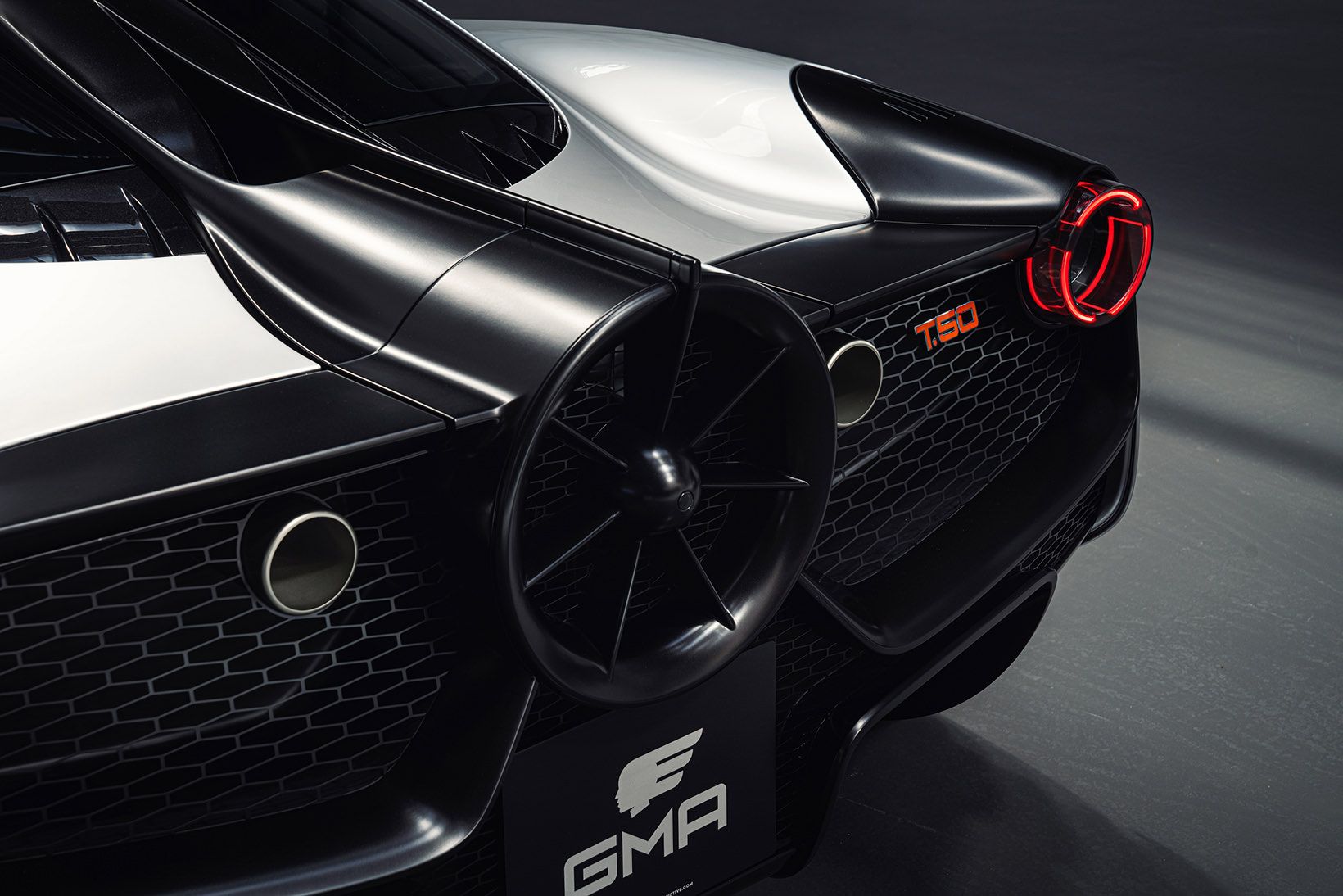 The highlight of the exterior is the 400mm fan mounted at the rear of the car.

Eschewing the need for all the usual aerodynamic features has led to the T50 having a fairly simple exterior design for a car of its calibre, with a headlight cluster that looks to have drawn from inspiration from the F1, framed by wheelarch bulges and a clean-looking front apron.

The front air inlets flow through the car’s body and exit at the dihedral doors, while the squared-off rear end and simple tail-light cluster draws comparisons to the Ferrari 488. 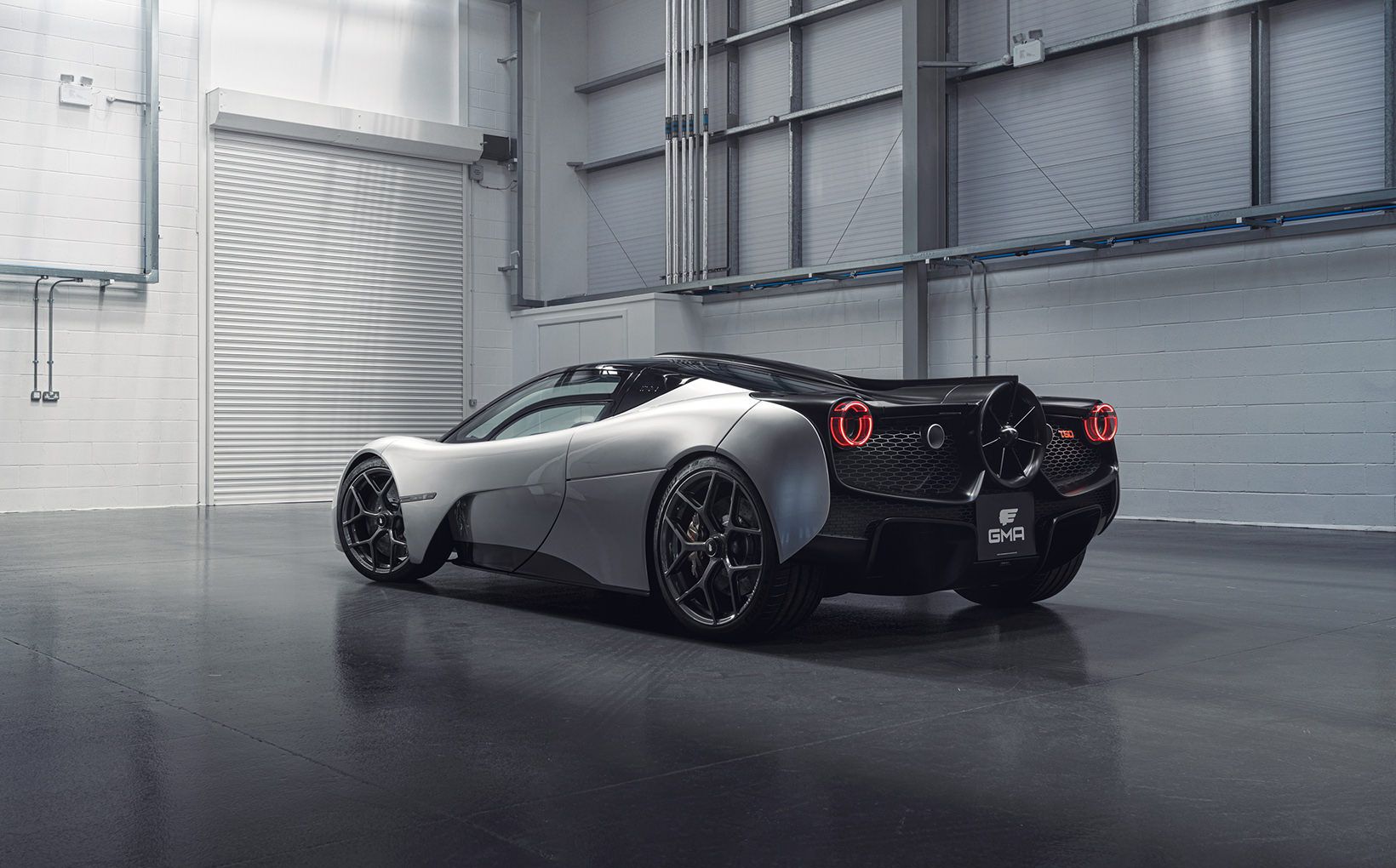 The fan allows for an otherwise uncluttered exterior design.

The T50 rides on lightweight forged alloy double-wishbone suspension front and rear, with GMA saving weight by keeping it simple and not using hydraulic or electric suspension components.

If you assumed the T50 would cost a pretty penny, then you would be absolutely right – asking price is set at £2.36 million ($A4.26m) with the majority of the 100 already snapped up by keen buyers. 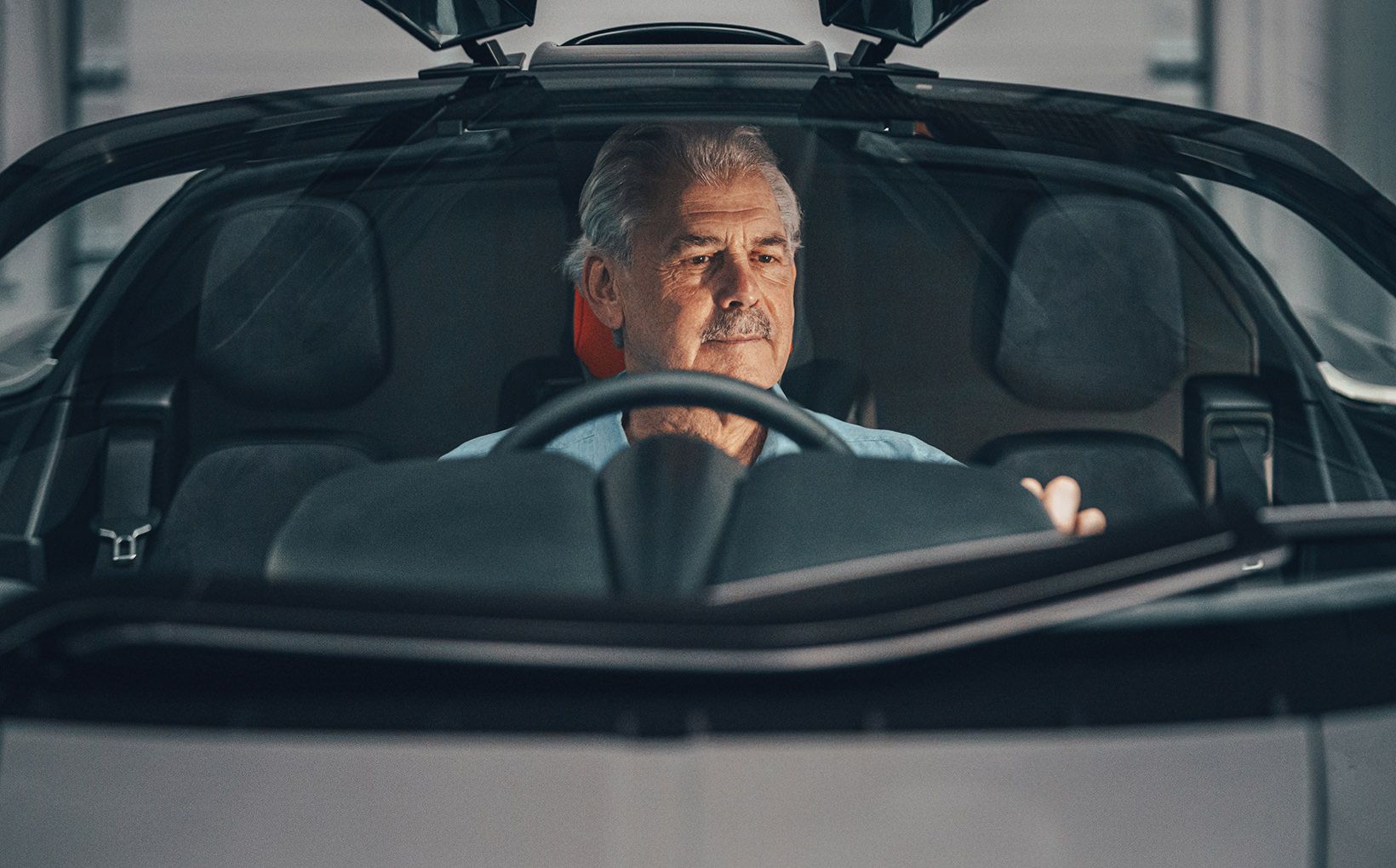 The T50 is the latest project from legendary engineer Gordon Murray.

Only time will tell.

Protect your classic. Call Shannons Insurance on 13 46 46 to get a quote today.