SOME of the sexiest -- and most awful looking -- cars ever made have flaunted a wagon bodystyle with some of the big winners including pretty much any of the Audi RS Avants, Volvo 850R, Skoda Octavia RS, VE/VF Holden Commodores and Peugeot 508.

By contrast, some of the fuglier options include the Ford Scorpio and AU Falcon, Subaru Liberty Exiga, Daewoo Nubira and Hyundai Lantra.

The good news is that these days there are a lot more stylish wagons than ugly ones and that ratio has just grown by another unit with the impending arrival of the Genesis G70 Shooting Brake. 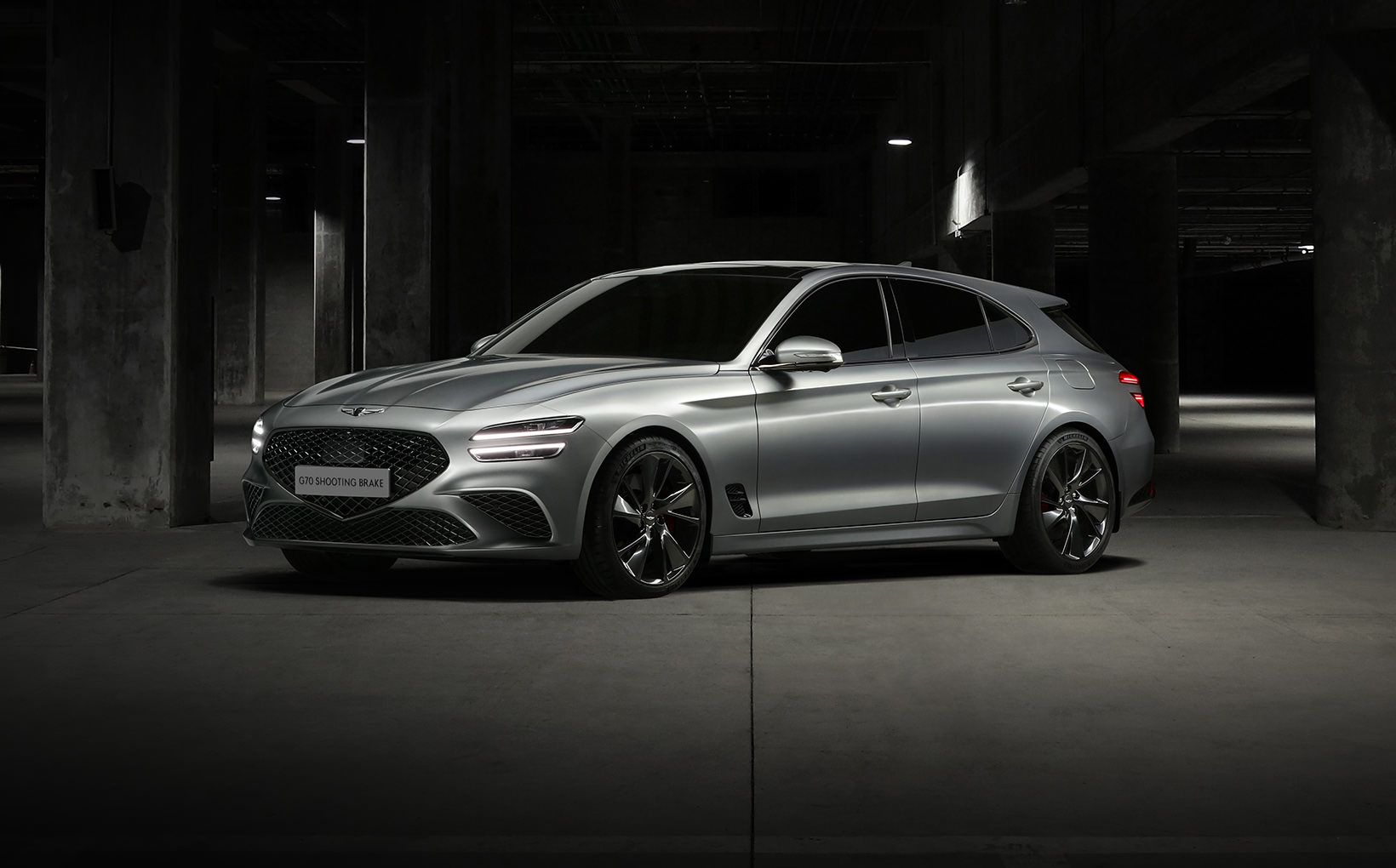 Due in local showrooms in the coming months, the G70 Shooting Brake has been cherry picked for our market from wagon-obsessed Europe. It shares all the key dimensions (4685mm long, 1850mm wide, 1400mm tall, 2835mm wheelbase) as the sedan which launched here just this month.

Despite the like-for-like measurements, the wagon bodystyle has lived up to its original purpose and liberated a heap more room inside, with Genesis claiming a 40 per cent increase in rear cargo space over the sedan with the rear seats able to be folded in a 40:20:40 arrangement.

Not only does the Shooting Brake match the sedan to the millimetre in terms of size, it also looks identical in terms of its key features with the same crest grille/quad headlight arrangement at the front which largely sets the tone for the familiar “Two Lines” design philosophy applied to the body sculpting and tail-lights. 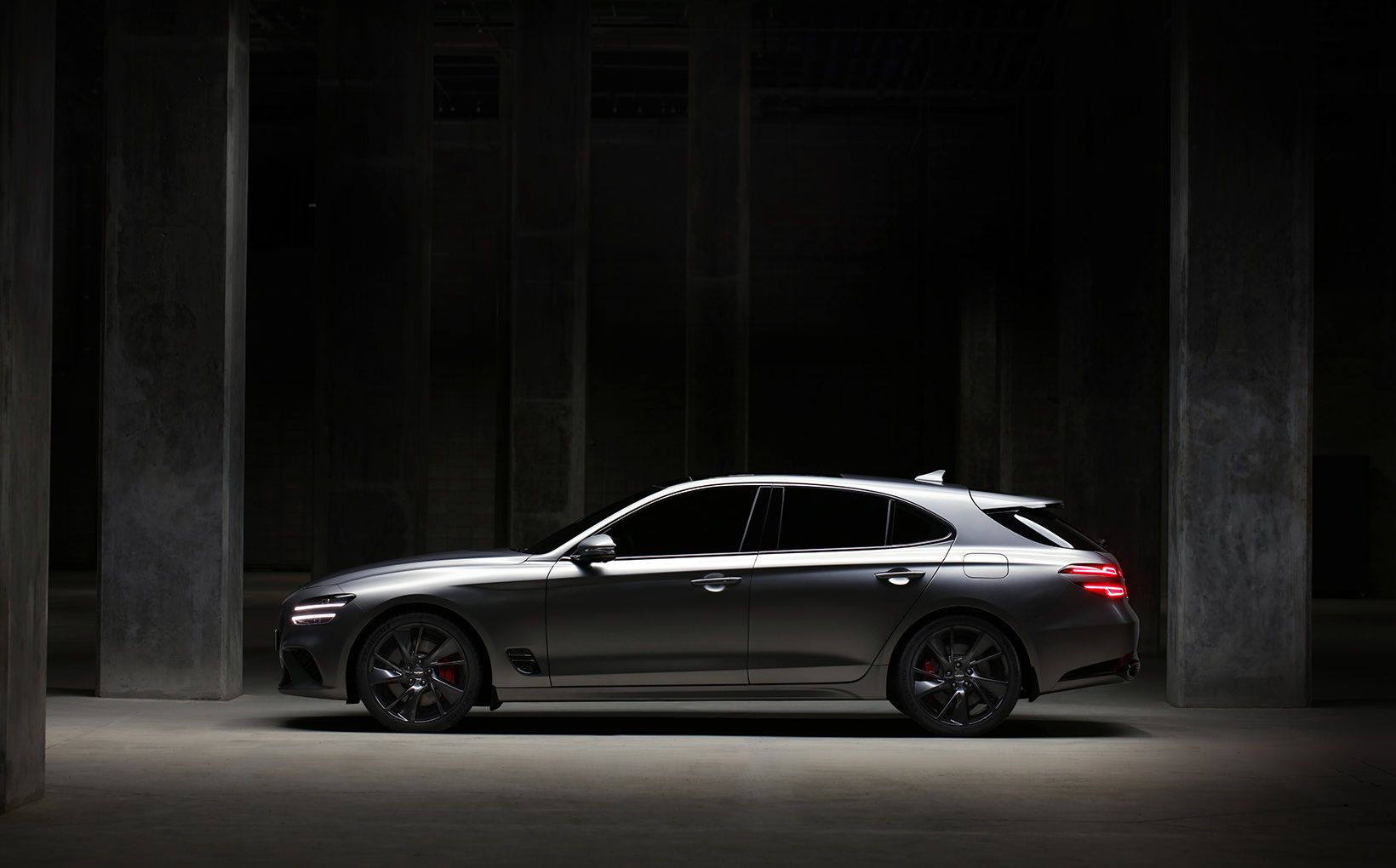 Rather than convert it into a boxy wagon, designers were careful to maintain the G70’s elegance.

The new silhouette lends the Genesis - a sub-brand of Hyundai - a very Porsche Panamera-like silhouette and stance, especially at the rear with its rounded hind quarters.

While the primary quad tail-lights and Two Lines philosophy have carried over to the Shooting Brake, the wagon goes an extra step further and debuts a unique rear lighting signature with four new (smaller) lights embedded into the tailgate.

Not only does this new look help mark it apart from the otherwise identical sedan, it also escalates the design philosophies to a whole new level that now has four different combinations of quad lights. 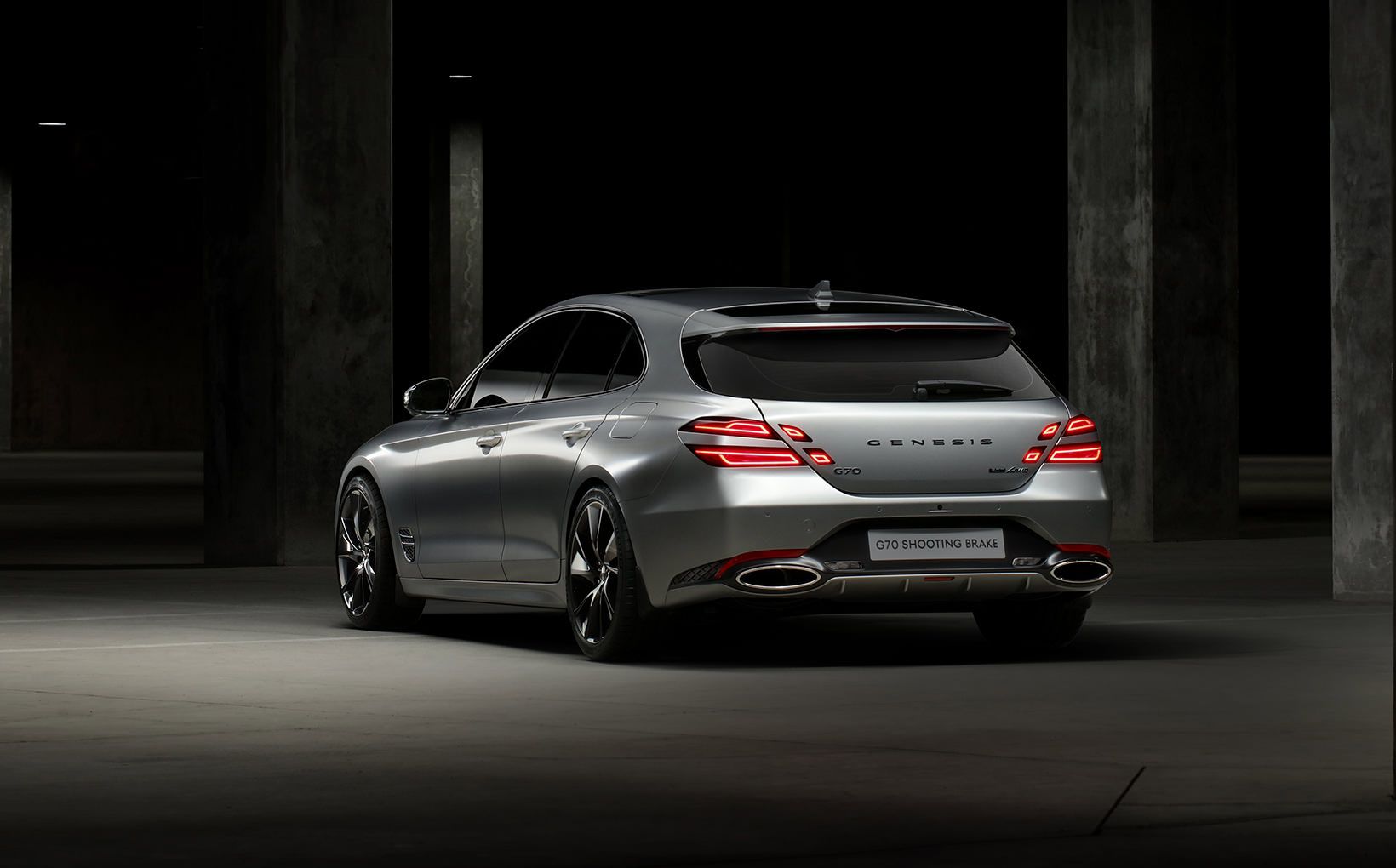 The Shooting Brake flaunts its own rear lighting signature, but still follows the Two Lines philosophy.

This may well be a coincidence, but it’s still a nice touch and for the obsessive compulsive, surely satisfying…

Inside, the mirror imaging continues with the Shooting Brake looking to have all the same bells and whistles as the sedan. However, the exact specification is yet to be announced by Hyundai Motor Company Australia, the local representative of Genesis’ parent company.

Without looking to the sedan’s spec sheet, we can see that infotainment duties will be taken care of by a prominently-mounted 10.25-inch touchscreen system boasting over-the-air wireless updates, valet mode and CarPay with other global highlights including a digital instrument cluster, automatic climate control and stop-start system in addition to the usual suite of Hyundai safety goodies. 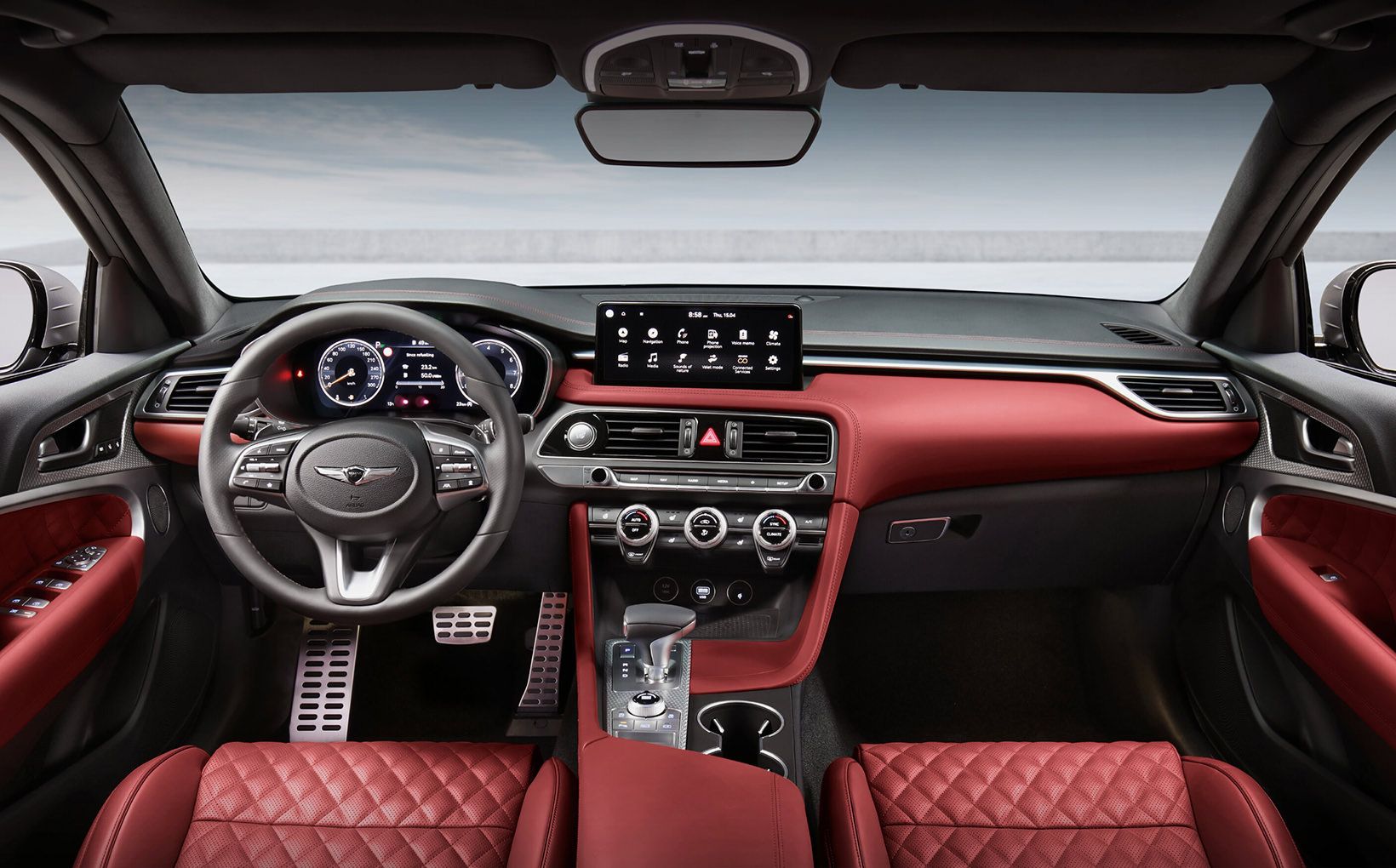 The interior is a mirror image of the sedan’s.

In terms of engines, the overwhelming likelihood is that the Australian-delivered Shooting Brakes will share the same 179kW/353Nm 2.0-litre turbo-petrol four-cylinder and 272kW/510Nm twin-turbo 3.3-litre V6 mills as found in the sedan.

If you’re thinking those configurations and corresponding outputs look familiar, it’s because the same powertrains are used in the beloved Kia Stinger which also happens to share the same platform.

As a result, both mills send their power exclusively to the rear wheels via an eight-speed automatic, just as the Stingers do, resulting in a 6.1-second dash from 0-100km/h for the 2.0-litre sedan and a 4.7s sprint for the V6. 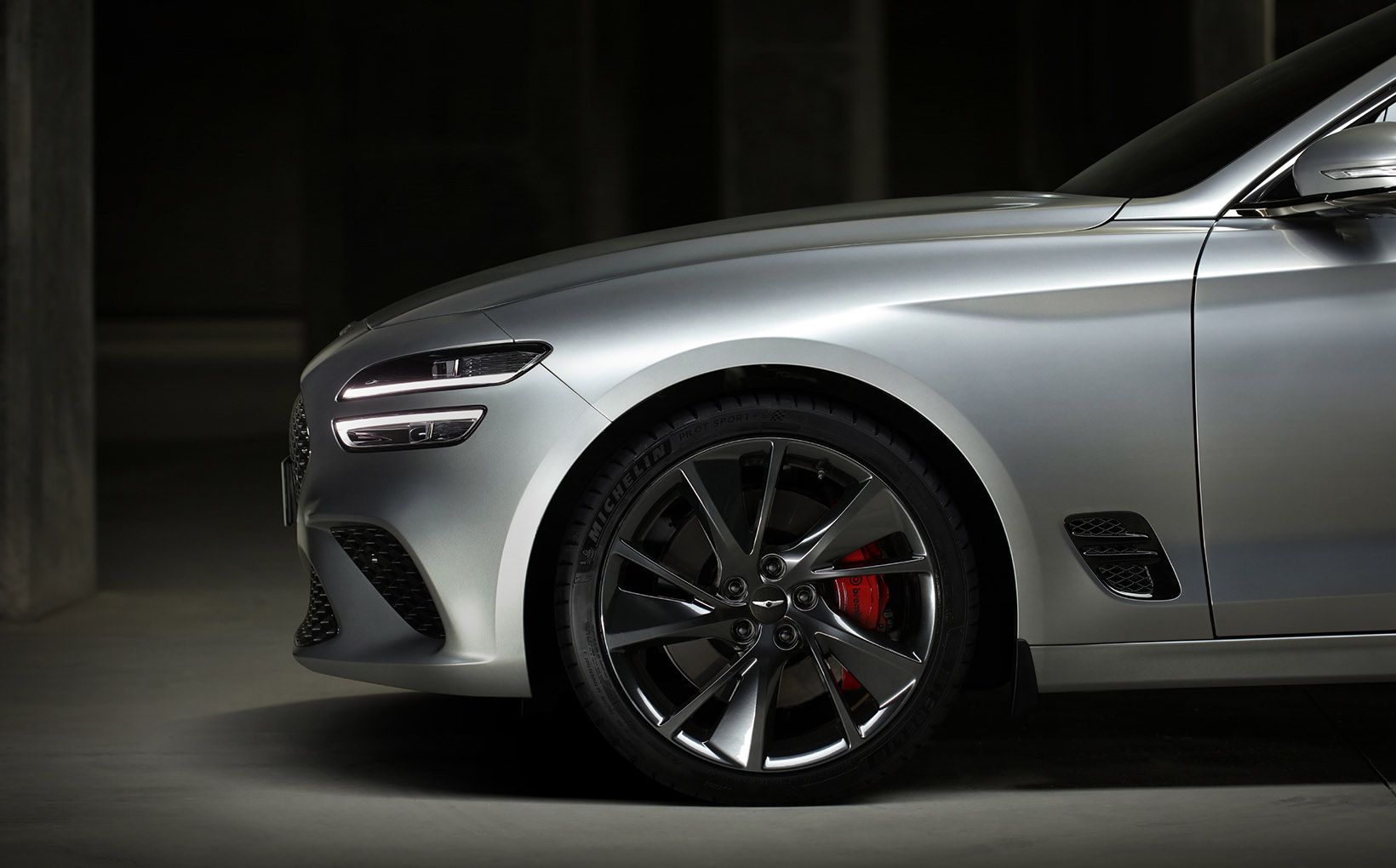 Like the interior, most of the exterior matches the sedan to the millimetre.

How much weight, if any, the new capacious rear end adds remains to be seen, however you can be reasonably sure the wagons won’t give much, if anything, away to the sedans in terms of performance.

At the time of its reveal, Genesis Motor Europe managing director Dominique Boesch said the brand was delighted to reveal a vehicle tailored specifically to European tastes ahead of its arrival in the market.

“The G70 Shooting Brake marries luxury and European automotive heritage with our design philosophy of Athletic Elegance,” she said. 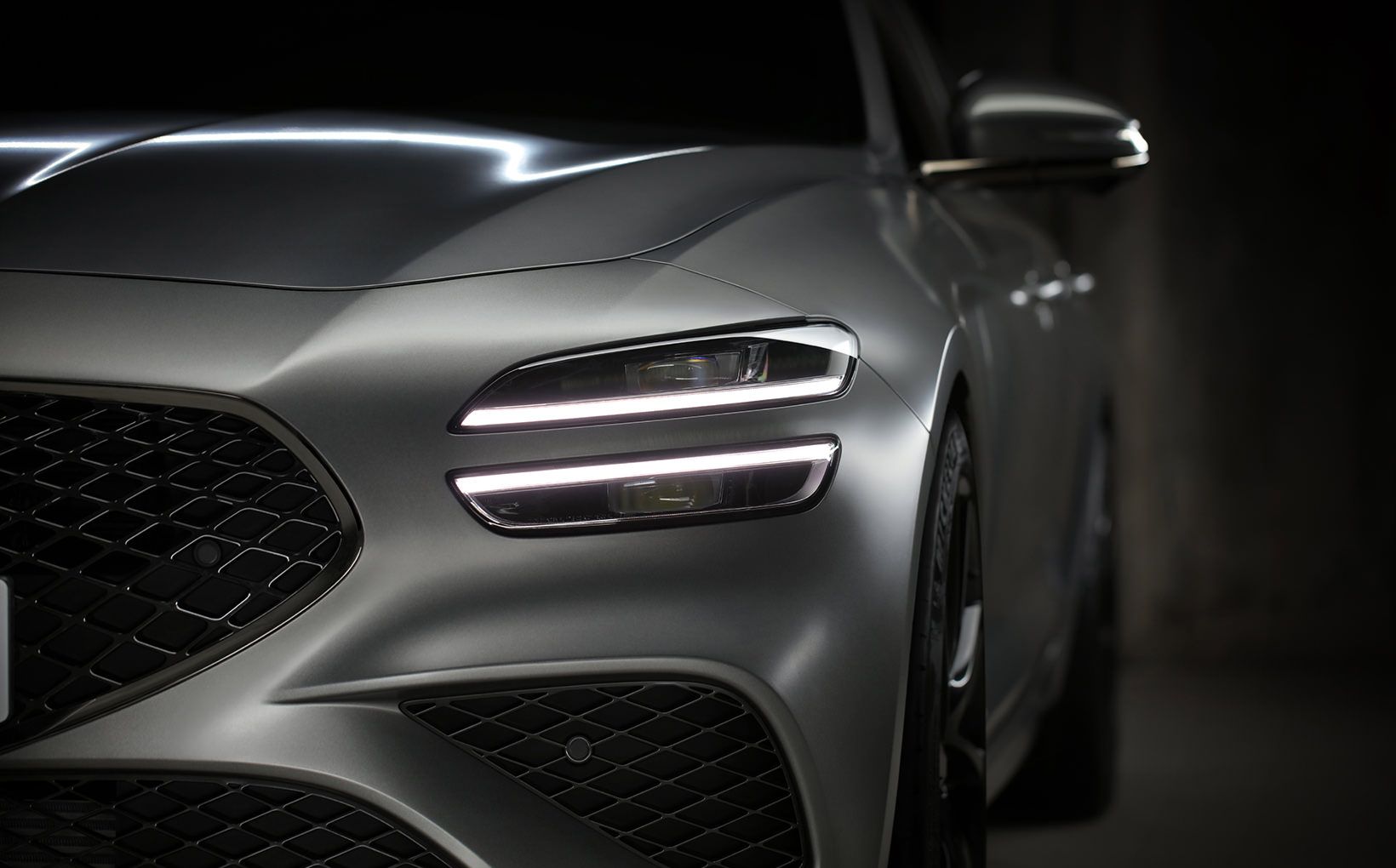 “Our fifth car in Europe, the Shooting Brake, will stand apart through its unique design; it is a clear statement of our commitment to the region.”

As for Australia, the G70 sedans have already arrived in local showrooms priced from $63,000 and $76,000 plus on-road costs for the four- and six-cylinders respectively.

Examining the pricing models of key rivals like BMW, Mercedes-Benz and Volkswagen, it would be more than reasonable to expect the Shooting Brakes to check in a couple of grand north of the four-doors. 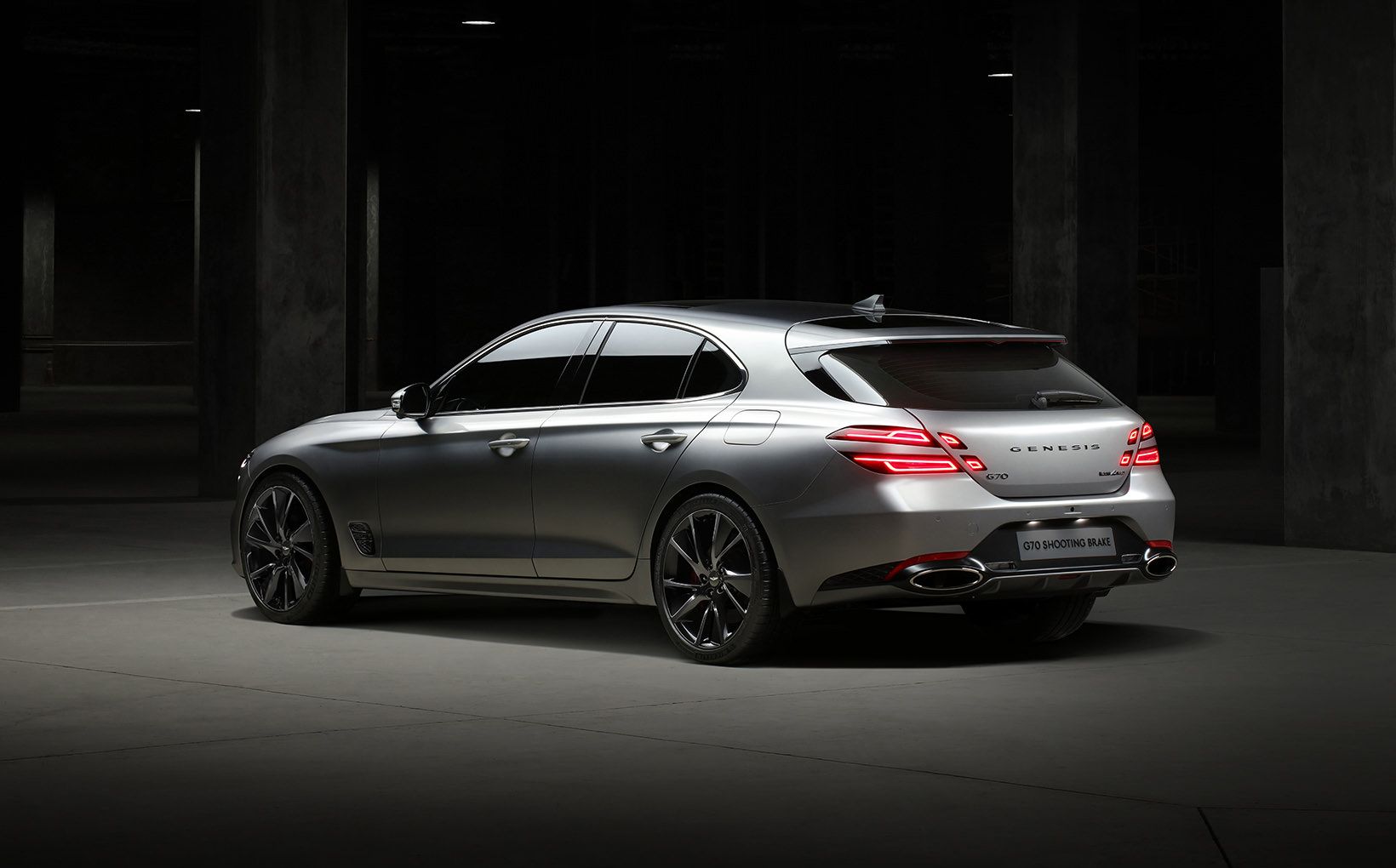