FORD has revealed its fifth-generation Ranger ute, which is set to arrive in Australia from February 2022 in five core model grades. It will also be offered with a choice of three turbo-diesel engines – including a powerful new 3.0-litre V6.

The Ranger, which rides on the third iteration of Ford’s T6 chassis (introduced in 2011), has undergone significant revisions inside and out and its styling closely emulates that of the F-150, which is the Blue Oval’s top-selling pick-up truck in North America.

Ford has brought the new Ranger’s front wheels forward by 50mm to improve its off-road approach angle, while the rear dampers are now set outside the chassis rail and the tracks have been widened by 50mm (to improve the model’s on-road stability).

The front-end has also been redesigned to enable better driveline cooling and to “future- proof” the model for possible electrification at some point in the product life cycle.

Two four-wheel drive systems are offered, as is space to accommodate a second battery under the bonnet and two front-mounted heavy-duty recovery hooks, all of which makes the model ideally suited for recreational four-wheel drivers. 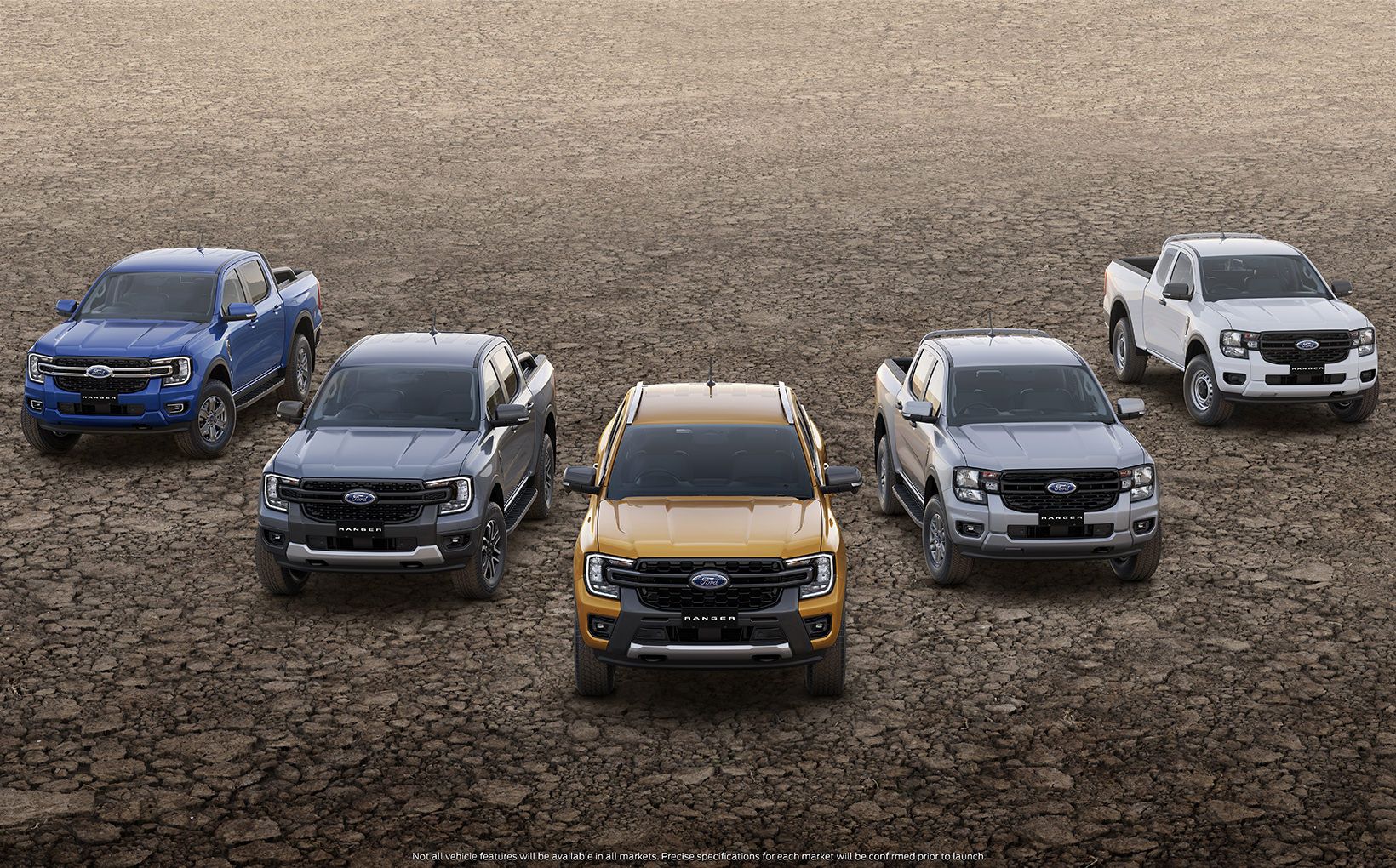 Although it is yet to announce the new Ranger’s pricing, payload, towing capacity, engine outputs, as well as load area- and cabin dimensions, Ford Australia says the new Ranger has been designed to meet numerous demands of customers both here and across the globe.

Recognising the duality of purpose of its light commercial hero, Ford focused its efforts on improving the Ranger’s practicality… It added an integrated side-step behind the rear wheels to provide improved access to the wider tray bed, which now incorporates a standard plastic tub-liner, several fit-and-stay load securing features, as well as additional tie-down points.

The tailgate now serves as a mobile workbench with clamp pockets to measure, grip and cut building material. The area is illuminated by LEDs situated beneath the left- and right-hand rails and these work in conjunction with additional external lighting to create a 360-degree field of illumination around the vehicle. 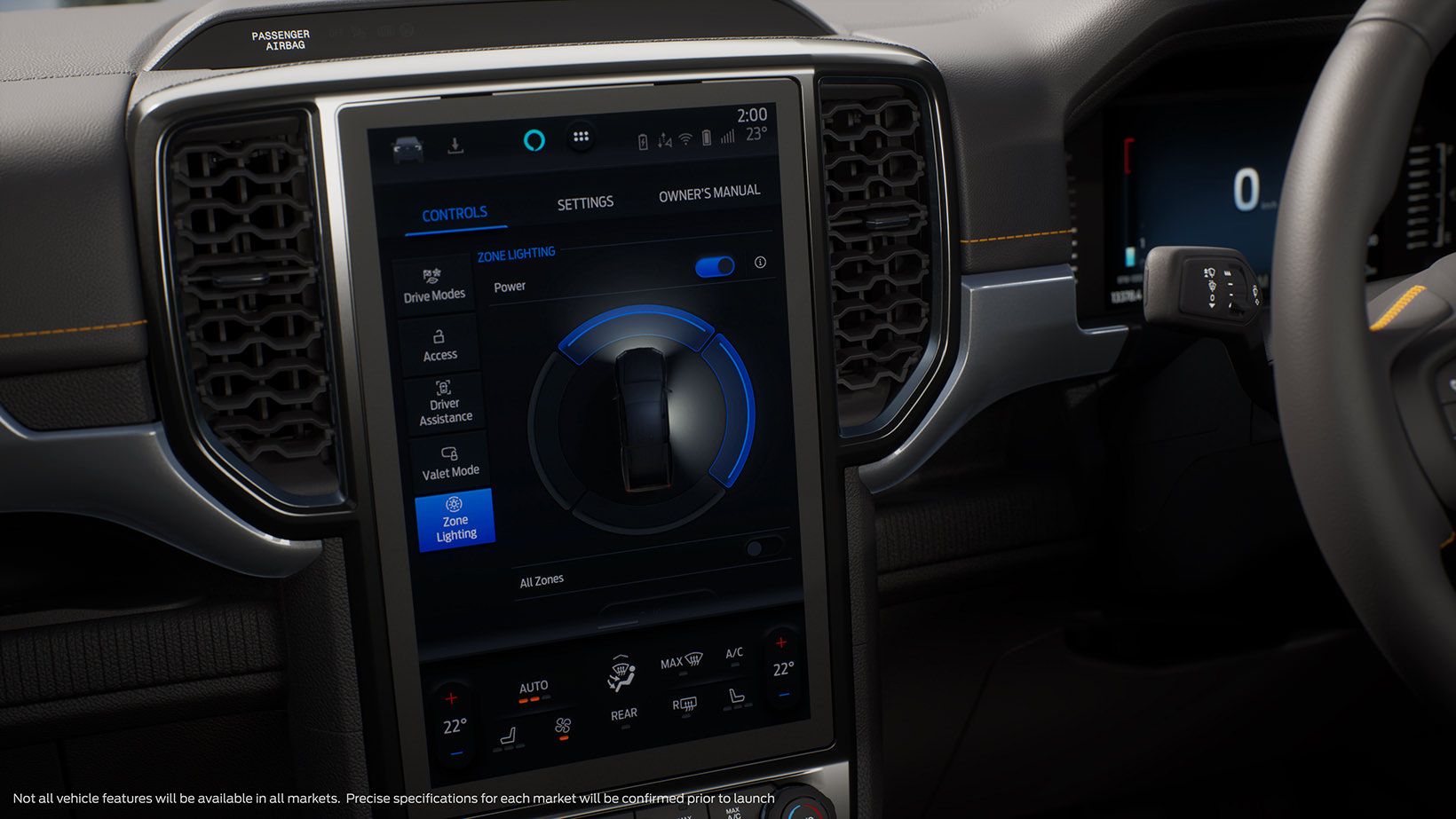 When it arrives in local dealerships, the Ranger will offer the combination of a 3.0-litre V6 turbo-diesel engine and 10-speed automatic transmission. The Power Stroke motor (sourced from the F-150) will be offered alongside existing single- and twin-turbo four-cylinder units.

Ford Australia has not yet confirmed output and fuel economy figures for the newly adopted engine, but, in other markets, the turbo-diesel V6 develops peak outputs of 186kW at 3250rpm and 597Nm from 1750rpm, which should satisfy those customers who want “more power and torque for towing heavy loads and extreme off-roading”, Ford says.

The 2.2-litre four-cylinder and 3.2-litre five-cylinder turbo-diesel offerings from the outgoing Ranger have been discontinued.

All engine options will be paired with six- or ten-speed automatic transmissions, of which the shifter now employs a Ford e-shift “by-wire” arrangement. The placement and size of the shifter serves to free up space on the centre console for additional storage capacity, as well as easy-access controls for the four-wheel drive selector and an electric park-brake switch. 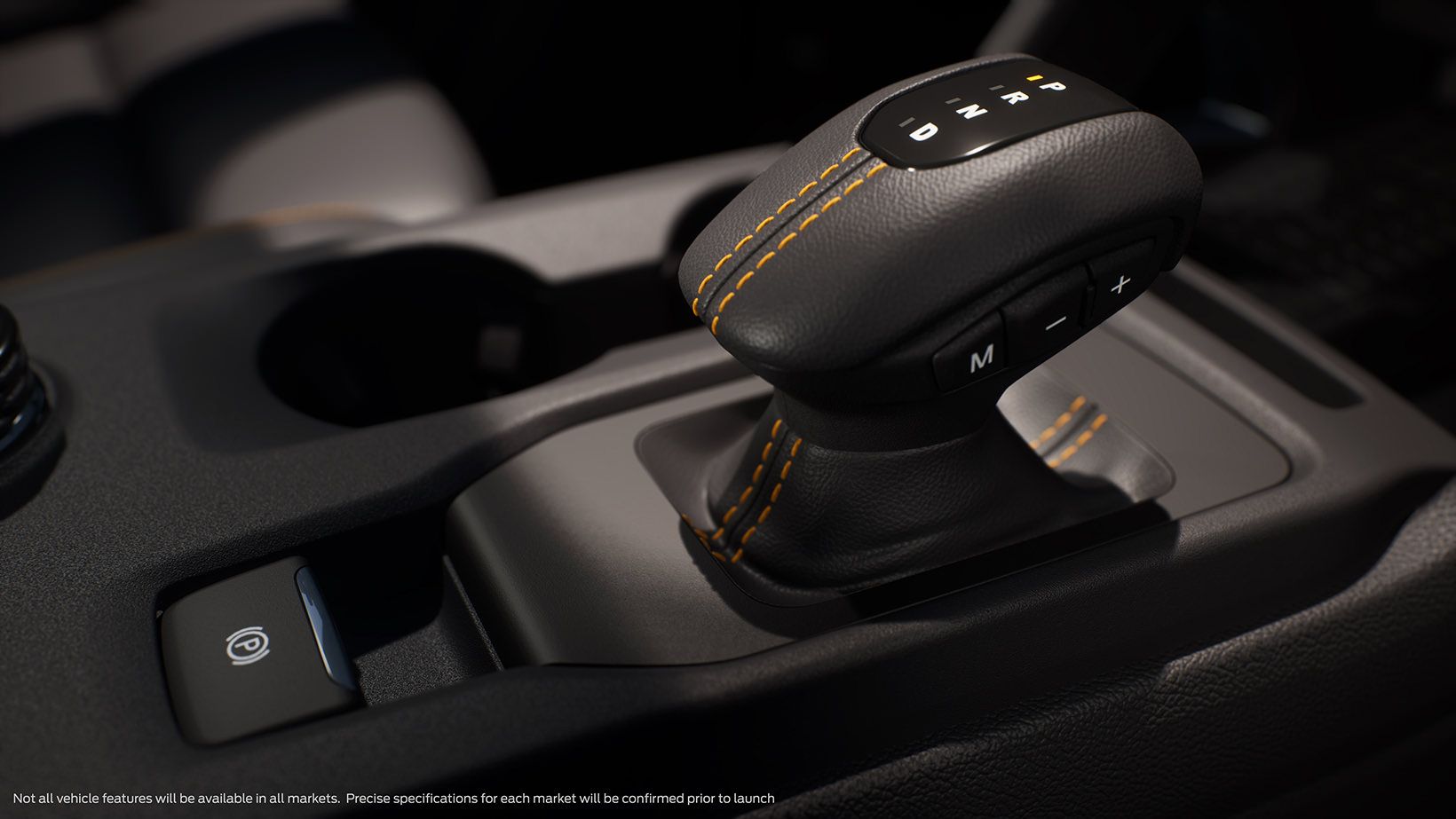 The 2022 Ranger is distinguished by a prominent new grille and Ford’s signature C-clamp headlight treatment. A subtle shoulder line and bolder wheel arches emphasise a range of new alloy wheel designs, while the reduced use of chrome-look embellishments is more keeping with the model’s refined new look.

LED headlights are available, as are active bending lights with nine individual light elements and auto high-beam functionality, while, at the rear, the taillights are meant to complement the Ranger’s frontal graphics and functional fender vents (with a similar C-clamp motif).

“Customers told us the Ranger needs to look tough and needs to inspire confidence. They were very clear about what (the ute) should be, both in the way it looks and the way it makes them feel,” said Ford Ranger chief designer Max Tran. 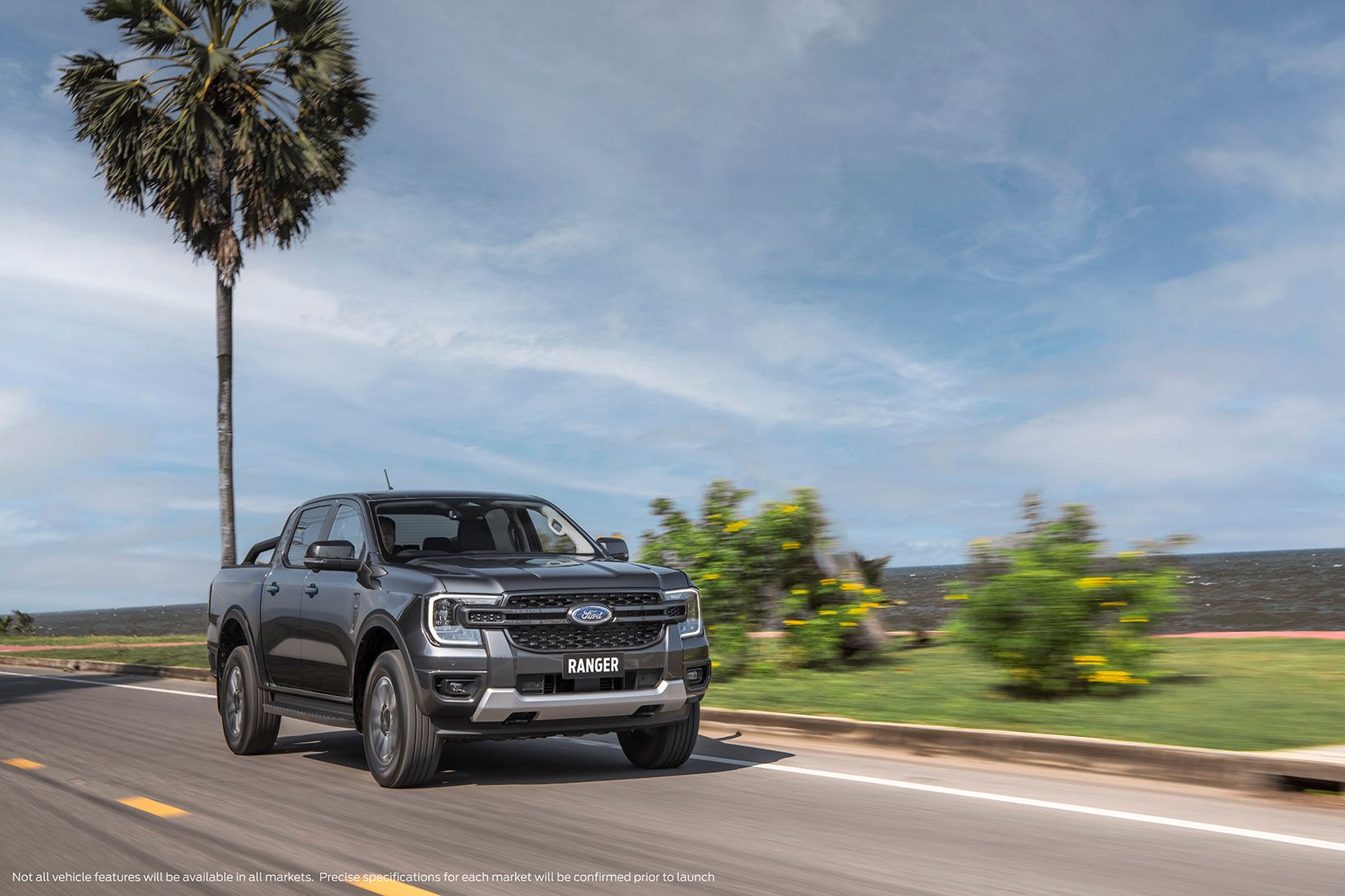 The frontal styling of the new Ranger is reminiscent of its American cousin, the F-150.

The cabin also features improved oddment storage. Ford created more space behind and under the rear seats and introduced larger door pockets, a lidded dash-top compartment and a passenger-side shelf with integrated wireless smartphone charging point to the cabin.

The portrait-orientated centre screen can connect wirelessly with Android Auto and Apple CarPlay compatible smartphones and includes Ford’s latest SYNC-4 infotainment system. Depending on model grade, the touchscreen is available in 10.1- or 12.0-inch sizes and even offers mobile internet connectivity.

Many of the Ranger’s hard-button functions have been incorporated in the touchscreen menu, but important controls – such as those for the four-wheel-drive system – remain physical.

The ‘screen also incorporates a dedicated off-road mode, a 360-degree camera view (on certain model grades) and the ability to allow owners to start their vehicle, check various functions, and lock and unlock from their mobile phone via the FordPass Connect app. 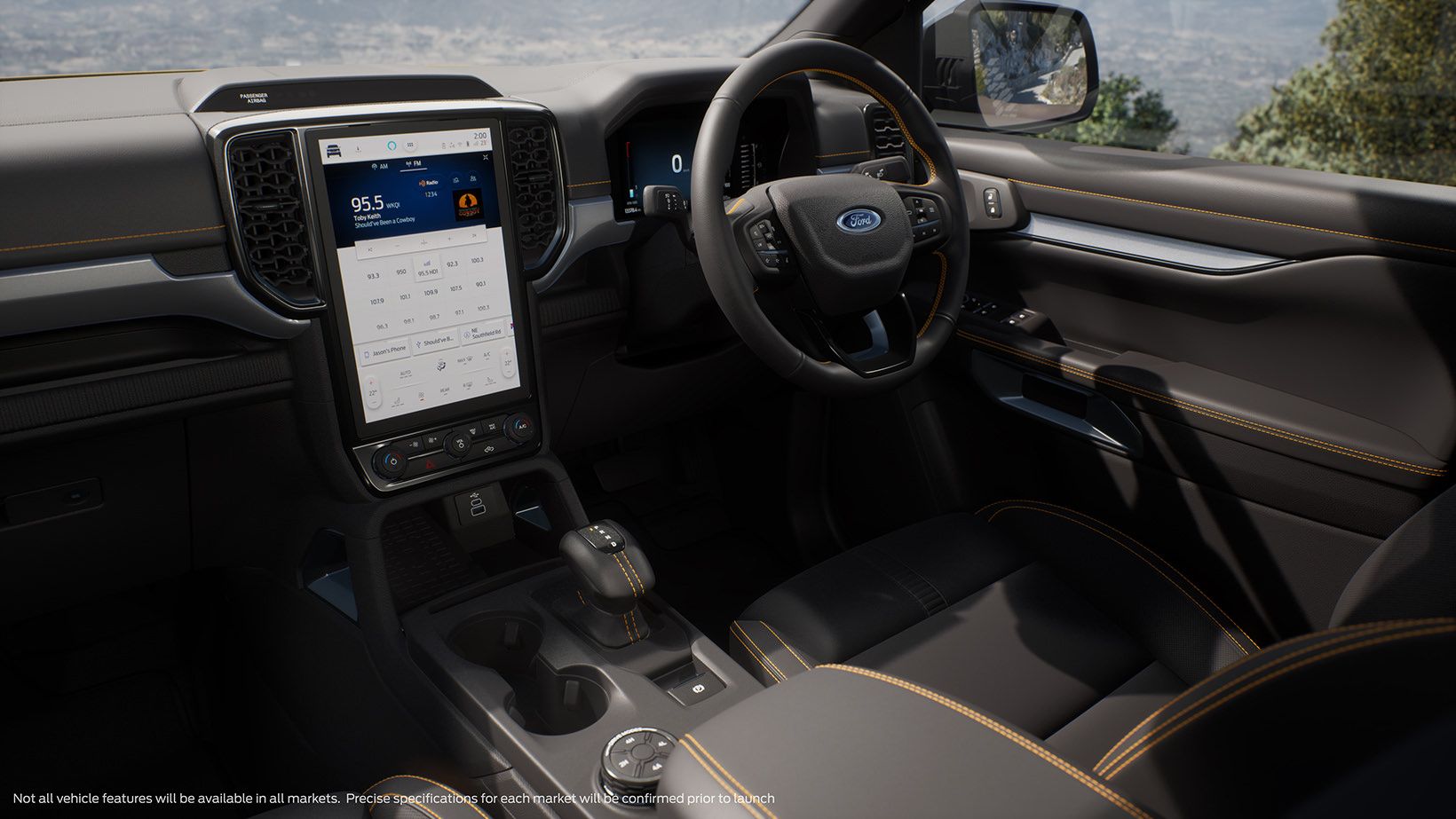 The level of refinement offered in the Ranger’s cabin sets a new class benchmark.

“Our customers are looking for a smart and functional interior space that feels comfortable, so we designed it with a high level of well-integrated technology, clever functional storage and visual cues (to make) the environment feel comfortable and spacious,” said Mr Tran.

A number of these items will also be available on the SUV version of the Ranger – the Everest – when it is revealed later in 2022 and on the Ranger’s twin-under-the-skin next-generation Volkswagen Amarok, which is also slated for delivery next year.

The fifth-generation Ranger will be built at Ford’s manufacturing plants in Thailand and South Africa from 2022. Local specifications and pricing will be announced closer to launch. 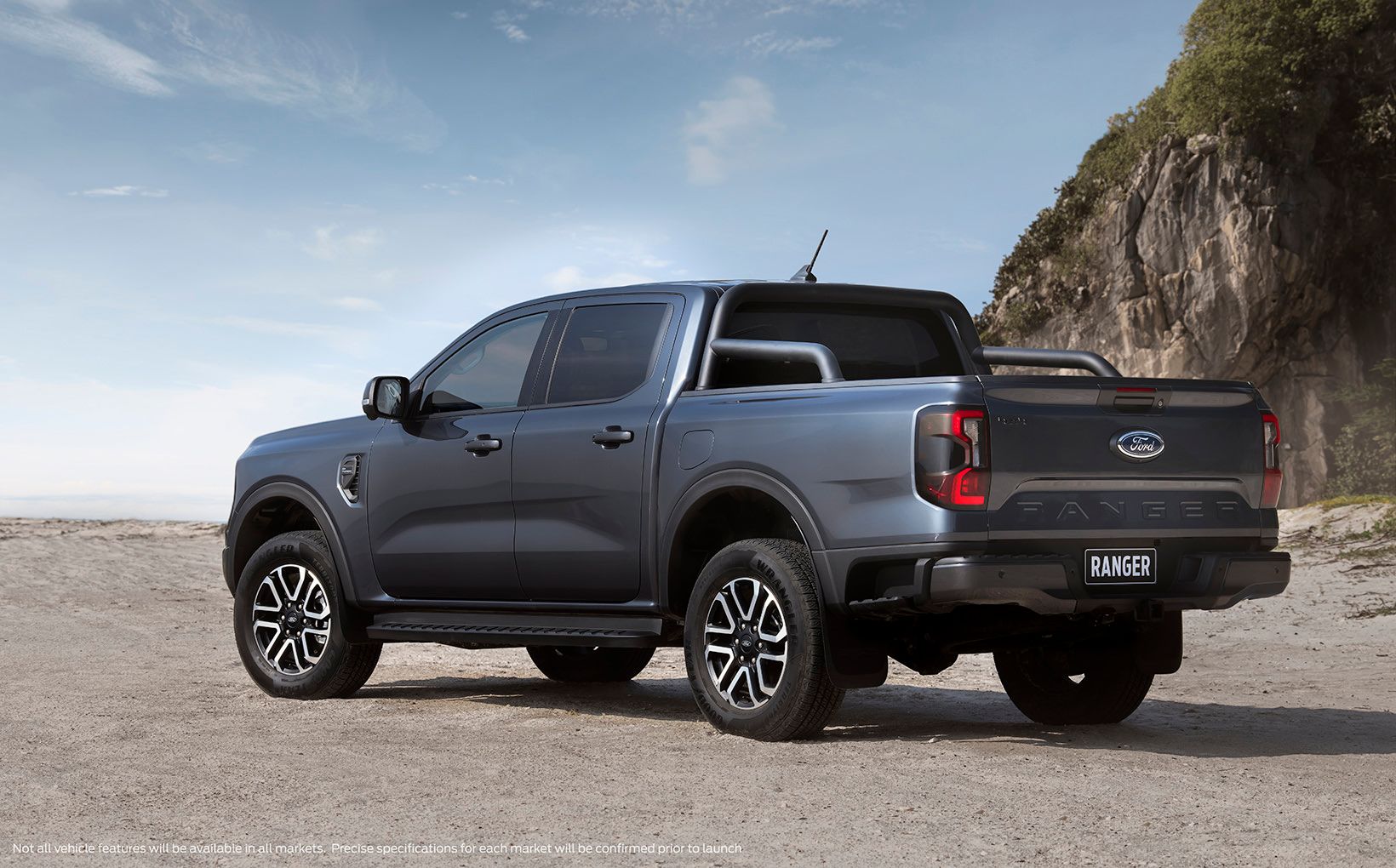 The squarer proportions of the new Ranger make it look much bigger than it really is.