THE Ford F-150 pick-up truck is regarded as the most desirable recreational vehicle in the Blue Oval’s stable; it’s a bastion of the North American vehicle market, has an awe-inspiring kerb presence, fills other road users’ rear-view mirrors with aplomb and offers near-unbeatable utility in terms of its load carrying-, off-roading- and trailer towing abilities; it’s a truly aspirational model.

Until recently, pick-ups of this size and heft have been available only from rebuilders, who adapt vehicles imported from the US into right-hand-drive guise for local consumption. However, Ford Australia says it’s bringing its iconic F-150 in-house – from mid-2023, the Blue Oval’s local subsidiary will remanufacture the big rig here as part of a program with RMA Automotive Holdings.

In what is said to be the only Ford program of its kind globally, Ford Australia has engaged engineering specialist RMA Automotive to remanufacture Australian-delivered F-150s to right-hand-drive guise, meeting all applicable Australian Design Rules (ADRs) and safety regulations.

In case you’ve just arrived from another galaxy, the F-150 is part of the States’ best-selling vehicle line for the past 40 years (more than 40 million F-Series Trucks have been produced and the latest iteration was launched in 2020). 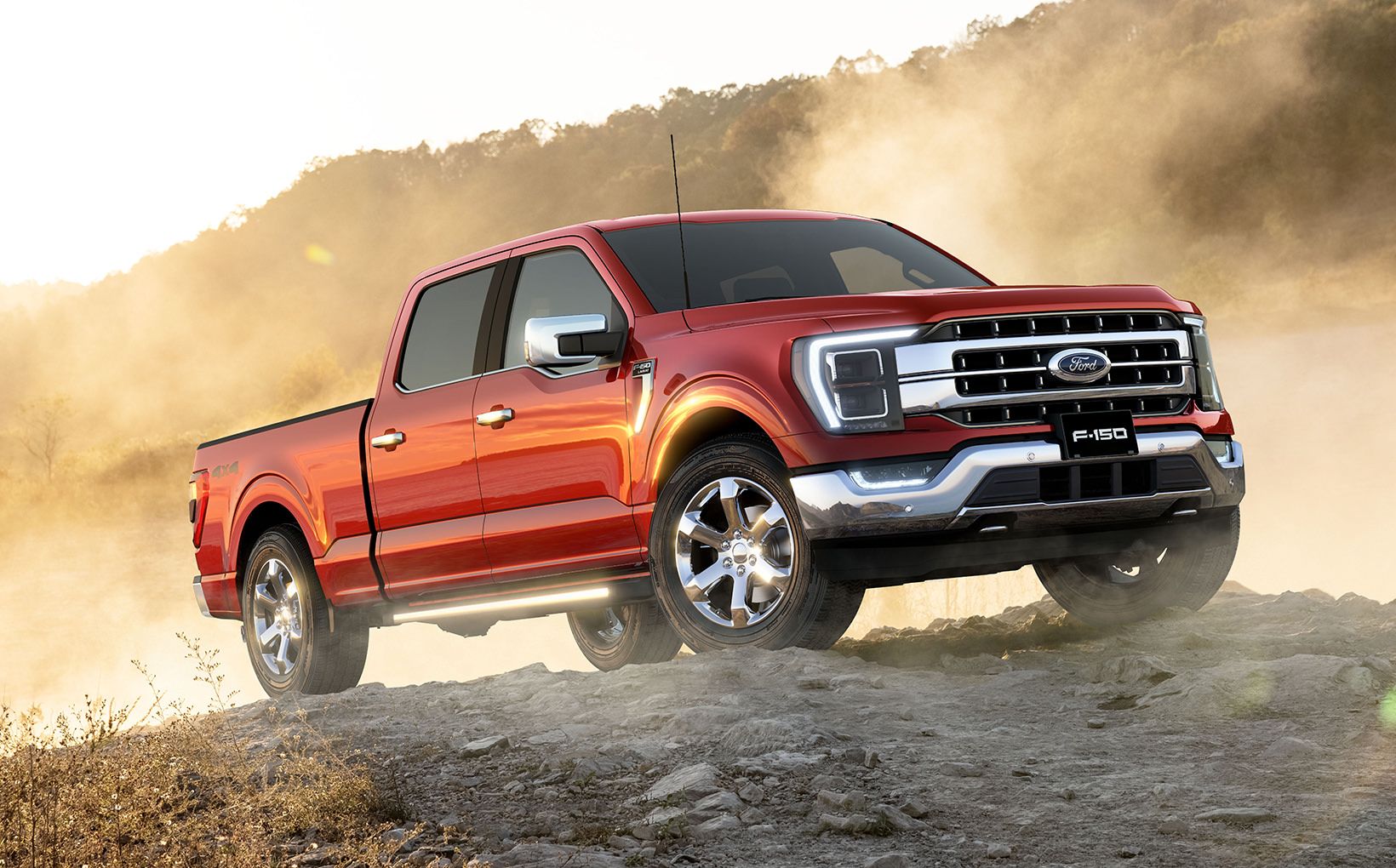 In Australia, it will be available throughout Ford’s nationwide dealer network and will be offered with a five-year/unlimited-kilometre warranty.

Indeed, next year, this rival to the Ram 1500 and Chevrolet Silverado will make a belated official return to Australia (it was last sold Down Under, at least officially through Ford’s dealer network, in the early 2000s). 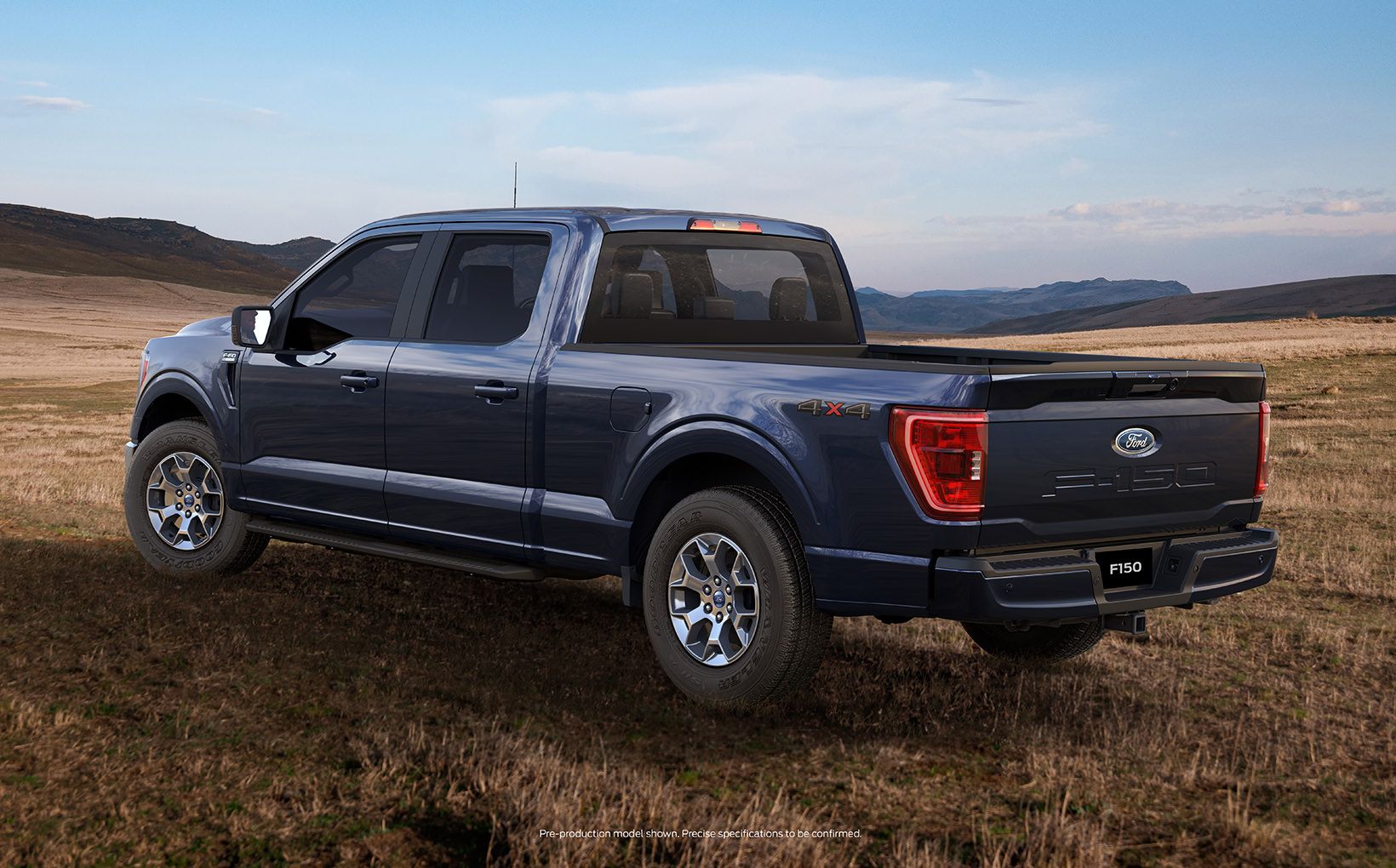 Ford Australia says the F-150 is the “ultimate recreation tool”

“Whenever I speak to our dealers, they tell me that customers consistently ask about F-150, ask when it is coming, so I am very proud to now be able to say it’s heading our way,” he added.

“There are just so many passionate F-150 fans out there and we’re all thrilled to be able to bring this iconic truck to our roads with locally remanufactured RHD models.”

Ford Australia’s product development team, which helped to hone the next-gen Ranger and Everest, played a key role in bringing the F-150 to Australia. 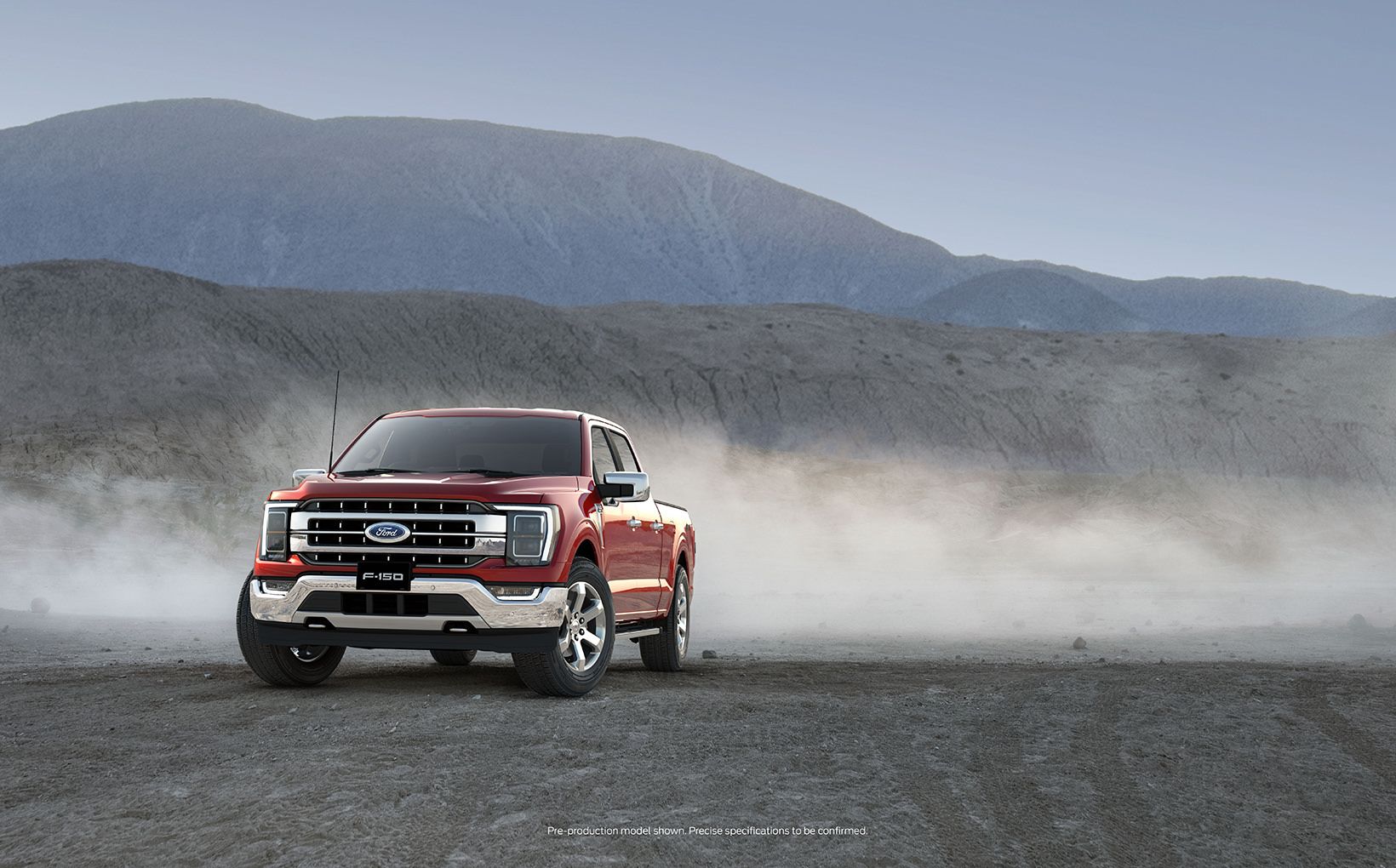 Right-hand drive conversion of the F-150 will take place in Melbourne.

Working in conjunction with their counterparts in North America, they will collaborate with RMA Automotive. As a Ford Qualified Vehicle Modifier (QVM), RMA has more than 30 years of engineering expertise – and has delivered more than 100,000 modified Ford vehicles globally.

Remanufacturing of the vehicles from left- to right-hand drive will take place in an RMA Automotive-leased facility at the Merrifield Business Park in Mickleham, north of Melbourne.

Located in the same precinct as Ford’s new parts supply and logistics hub, and close to Ford’s engineering head office in Campbellfield, engineers from Ford and RMA will collaborate to ensure that the vehicles are remanufactured to Ford’s quality standards.

Ms Manariti said that while several of the components used in F-150 remanufacture process would be imported, some would ultimately be sourced from locally based suppliers. 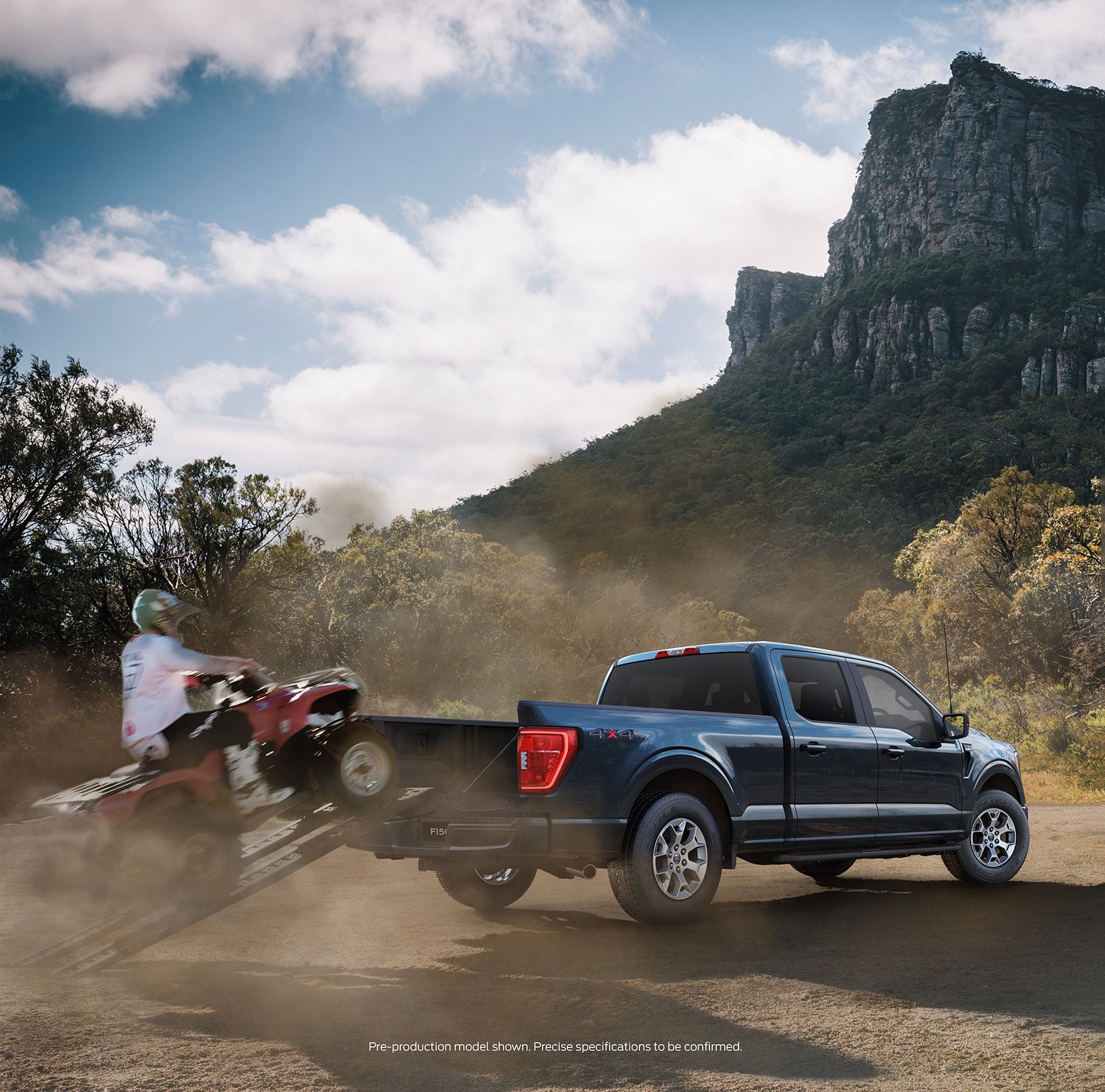 The F-150 will be offered in XLT and Lariat trim, both with a V6 petrol engine

Australian-delivered F-150s will be powered exclusively by a 298kW/678Nm 3.5-litre EcoBoost twin-turbo V6 petrol engine paired with a 10-speed automatic transmission. It will be offered in a Crew Cab body style and “fully-equipped XLT and premium Lariat” grades.

“When we began looking at F-150 for an Australian return, there was one engine that stood out. More US customers choose the EcoBoost V6 than any other F-150 engine – it gives the truck immense power and torque, more than many of its V8 competitors,” said Ms Manariti.

“F-150 is an audacious vehicle for customers that don’t want to be restricted or limited, so we are bringing the best of the best with the 3.5-litre EcoBoost,” she added. 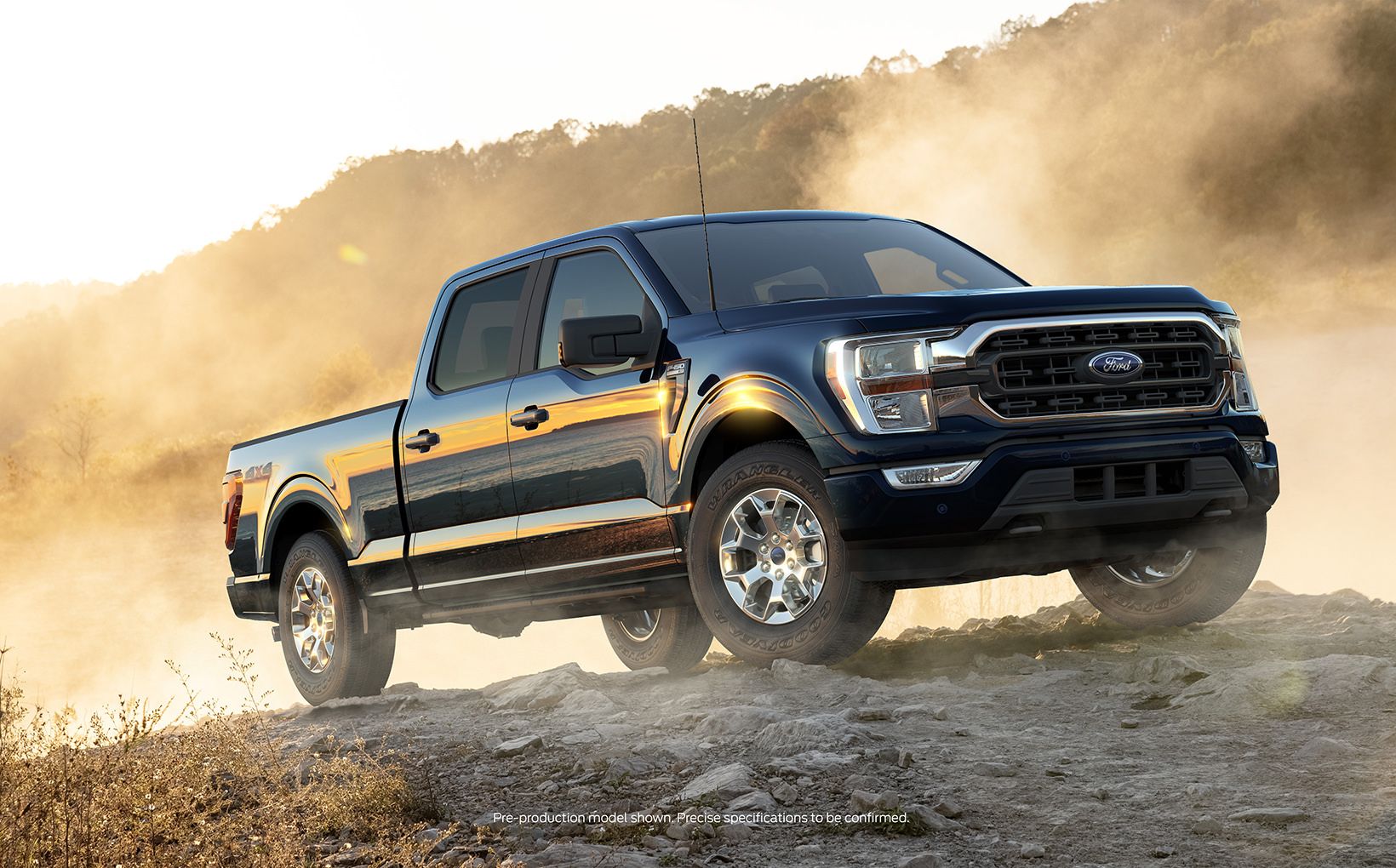 “The suite of productivity and safety technology included in F-150 will bring a whole new level of sophistication and ability to the full-size pick-up segment,” said Ms Manariti.

In conclusion, Mr Birkic described the Blue Oval brand’s local F-150 program as a tremendous investment in Ford Australia and said the new model – the first F-150 offered directly by Ford since 2006 – “was part of a new wave of Ford vehicles for our Australian customers”.

“We’re listening to customers and breaking down barriers to give them what they want – the best of our global line-up. There’s more where F-150 came from,” he added.

Further specifications and pricing will be shared closer to launch in mid-2023.