IT WAS really only a matter of time, but Ferrari has now debuted the drop-top version of its flagship SF90 plug-in hybrid hypercar to create the SF90 Spider; an $850,000+ fresh air machine capable of more than 320km/h.

Local pricing for the SF90 Spider has not been announced just yet but given the hardtop starts from $846,888 plus on-road costs, we would expect the drop-top to arrive somewhere around the $900,000 mark, perhaps even more.

Due to arrive in Australia around this time next year, the SF90 Spider will be distinguished by its retractable hard-top roof that can be raised or lowered in 14 seconds while saving a claimed 40kg compared to a traditional hard-top convertible roof. 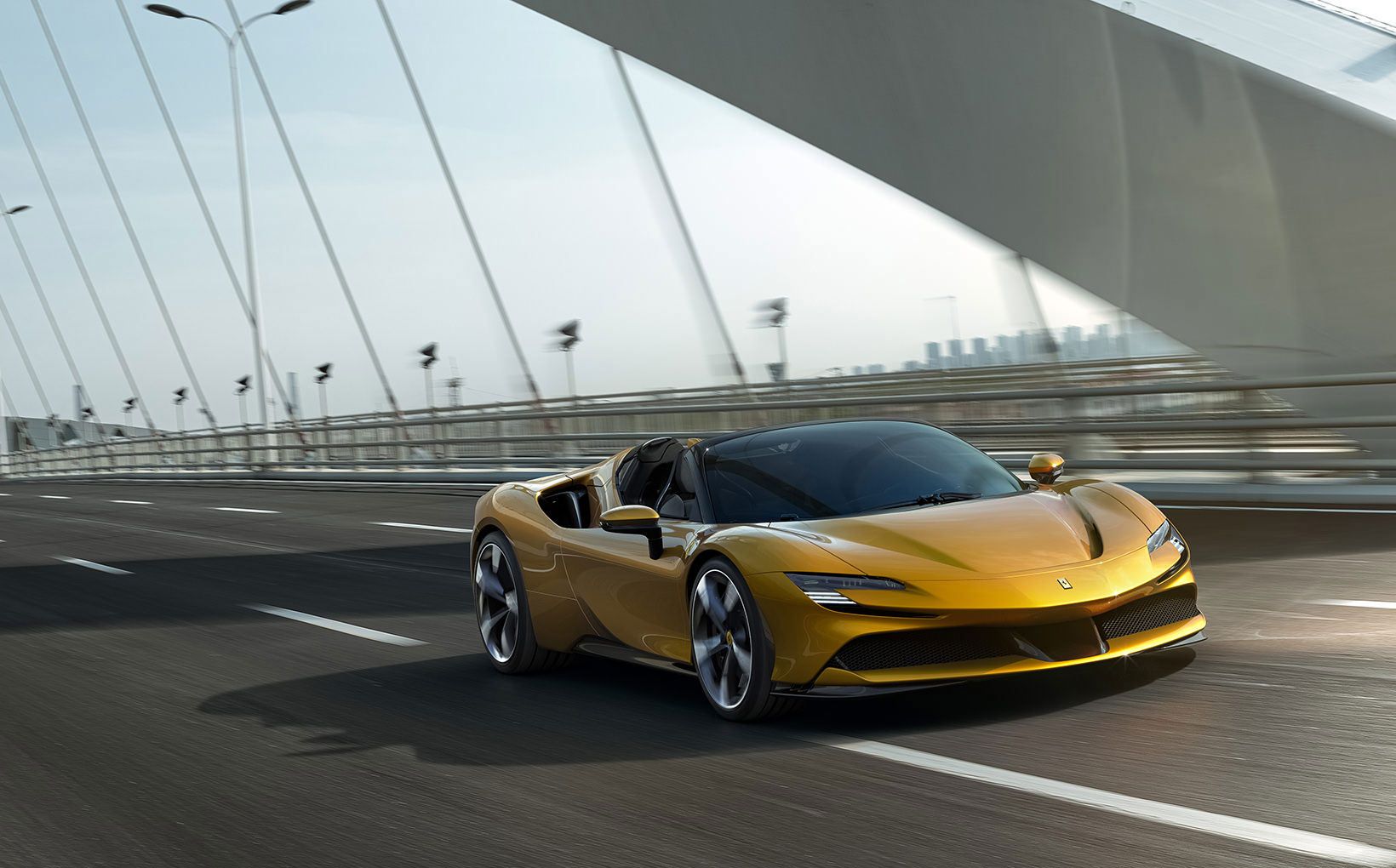 The SF90 Spider will be the most expensive Ferrari offered in Australia when it arrives next year.

Despite the new design, the Spider weighs in 100kg heavier than the coupe at 1670kg (dry) with the roof mechanism eating into around 100 litres of cargo capacity, leaving just 74L of luggage space.

To be honest though, the SF90 Spider is not the sort of car designed to, nor is it purchased to lug cargo about, it is designed to do three main things – go fast, look good and maximise the experience of driving.

That first point is taken care of by the same twin-turbocharged 4.0-litre V8 hybrid powertrain as found in the coupe, generating a huge 736kW of power (combined) and 800Nm of torque (just from the petrol engine). 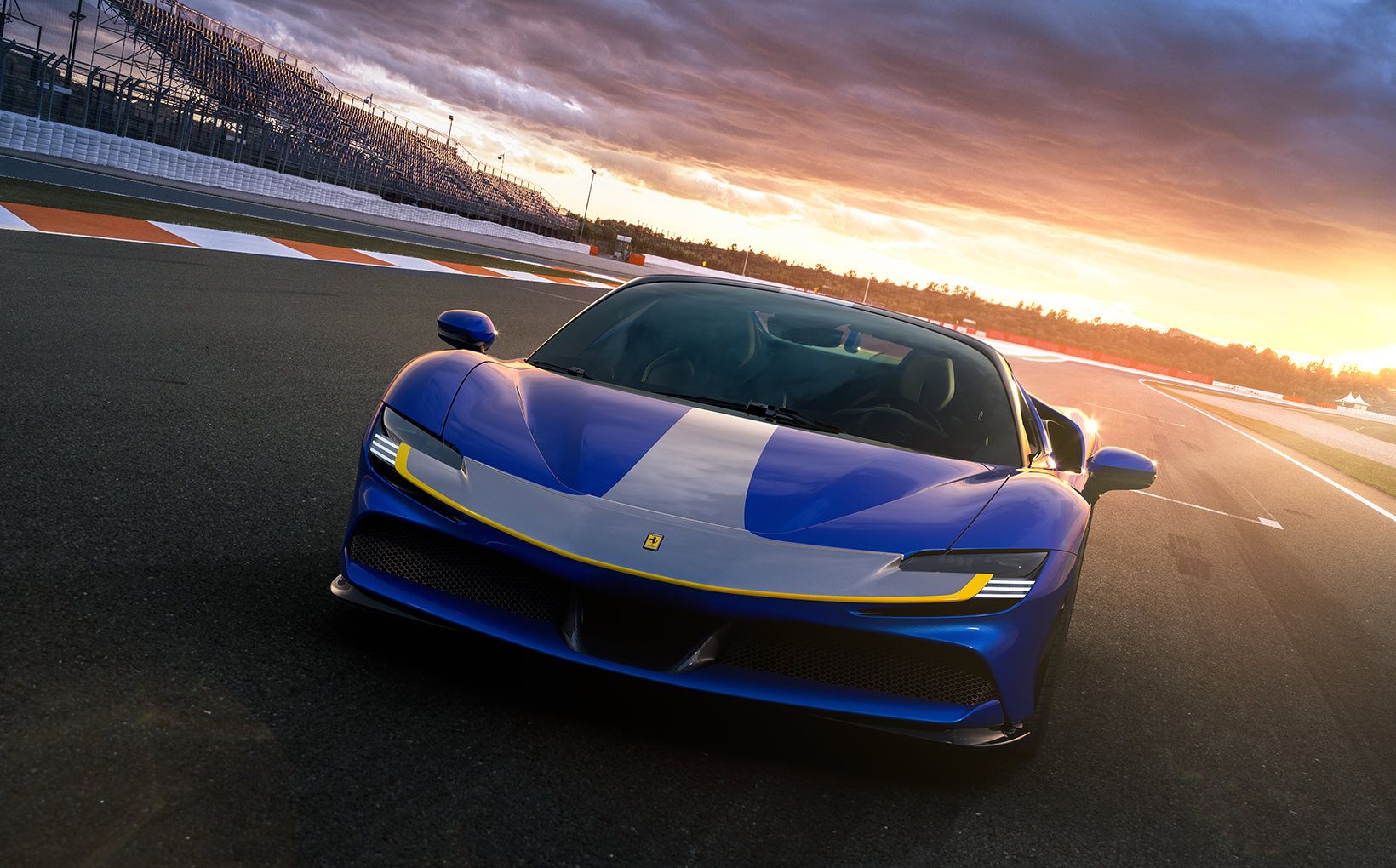 Even more impressive is the fact it only took an extra half a second to lap the Fiorano test track despite the 100kg weight penalty.

Drive from the V8 is sent exclusively to the rear wheels while two of the three electric motors are mounted on the front axle, resulting in what is ultimately an all-wheel-drive configuration. 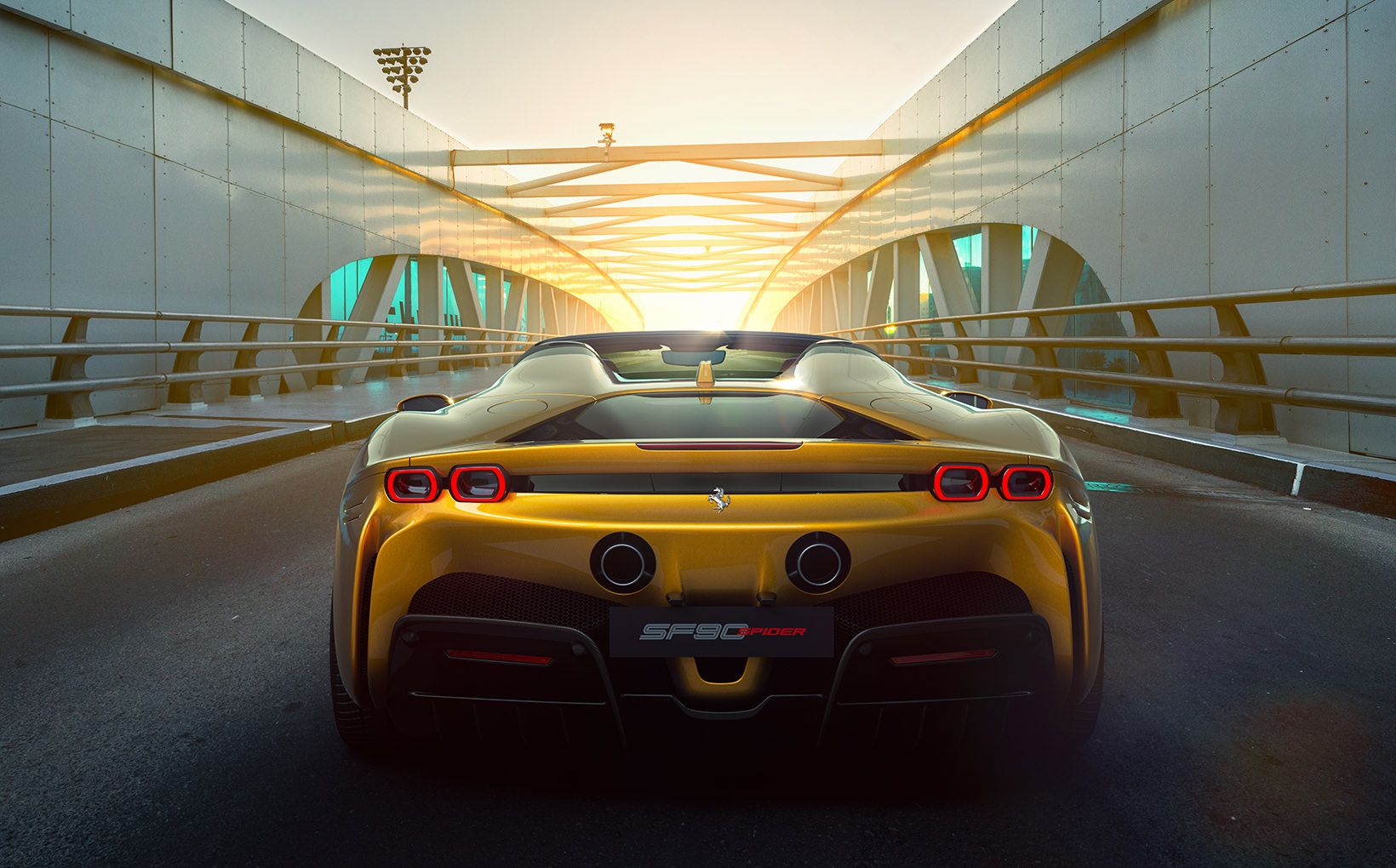 Power is channelled to the wheels via an eight-speed dual-clutch transmission while the electric motors draw their power from a 7.9kWh battery, affording the SF90 Spider an all-electric driving range of up to 25km with an electric-only top speed of 135km/h.

The stopping power is equally as impressive with the Spider capable of pulling up from 100km/h in just 29.5 metres.

To look at, the SF90 Spider has all of the drama and style that you get with the hardtop and then some extra on top of that, as is often the way with mid-engine speed-machines. 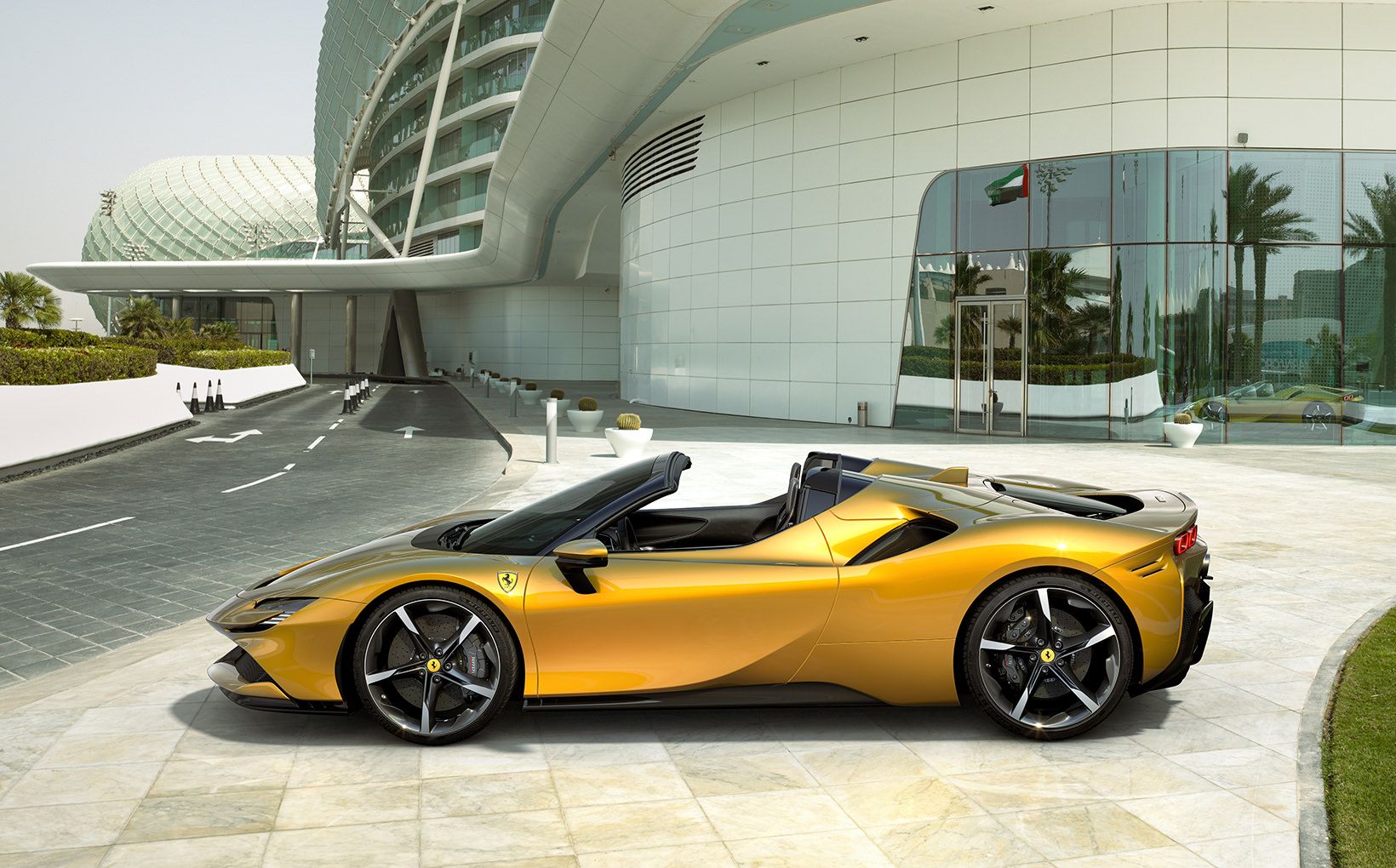 Same, same but different – the lack of a roof adds a little more drama.

With the roof in place, it would be more than easy to mistake the Spider for the coupe – not so much when it is retracted, for obvious reasons.

To make the SF90 model-line in general as capable as possible, Ferrari has thrown the kitchen sink at its new flagship in terms of technology with both the coupe and Spider featuring four drive modes, independent torque vectoring for the front wheels thanks to the two electric motors, regenerative braking and a carbon-fibre and aluminium construction just to name a few. 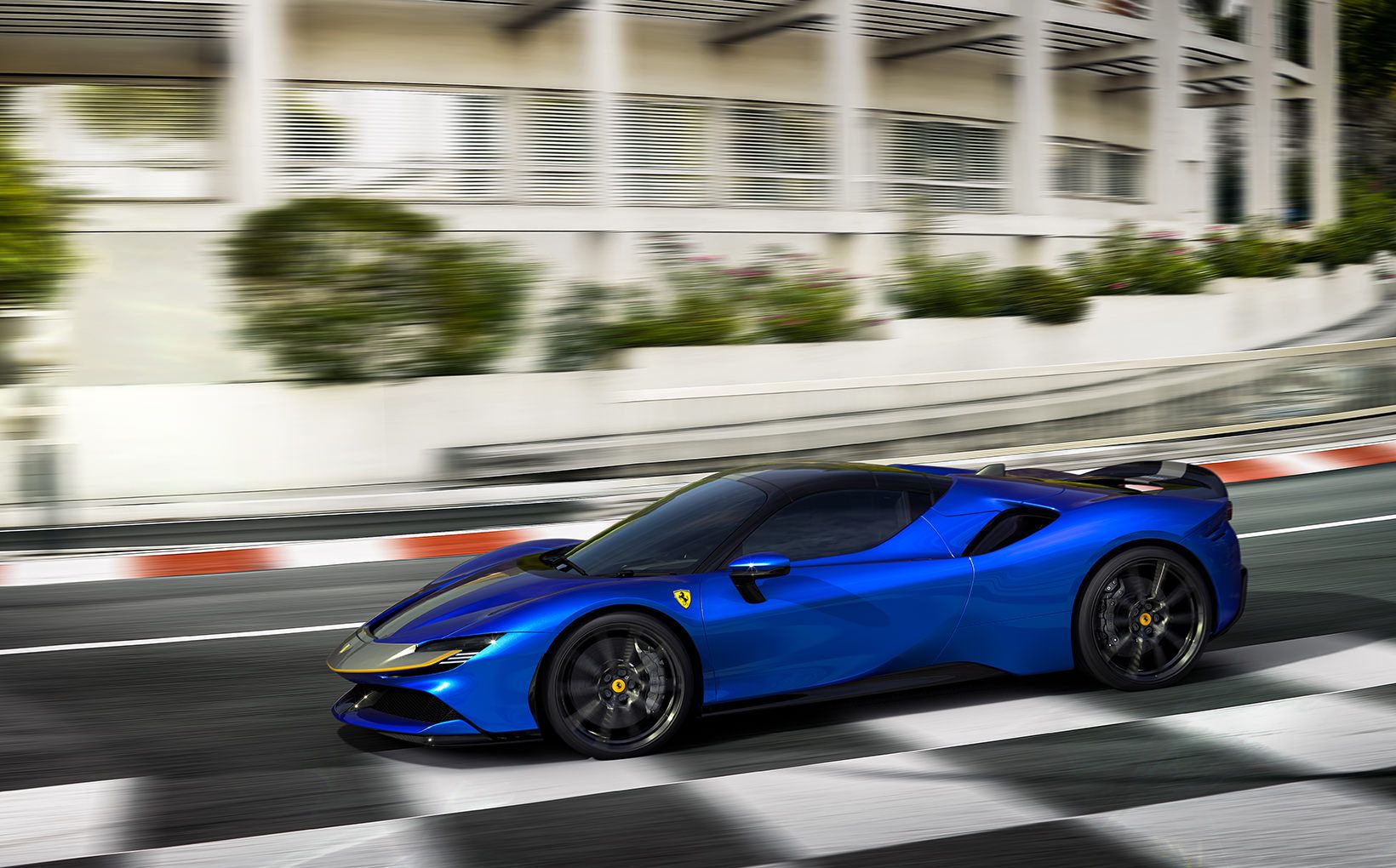 The Spider is mechanically the same as the coupe but adds a retractable roof.

Dynamic capability has been given such priority that the car doesn’t even have a mechanical reverse gear, instead relying on the front electric motors to save weight and complexity within the transmission.

Just like the coupe, drivers are treated to a new 16-inch wraparound digital instrument cluster, operated by a new-generation steering wheel, the buttons of which control 80 per cent of the infotainment system’s functions.

Given the initial Australia allocation of hardtop SF90s sold out before the first examples even made it to Australia, it would be reasonable to expect a similar thing to happen with the Spider although it remains to be seen just how many will be coming to Australia. 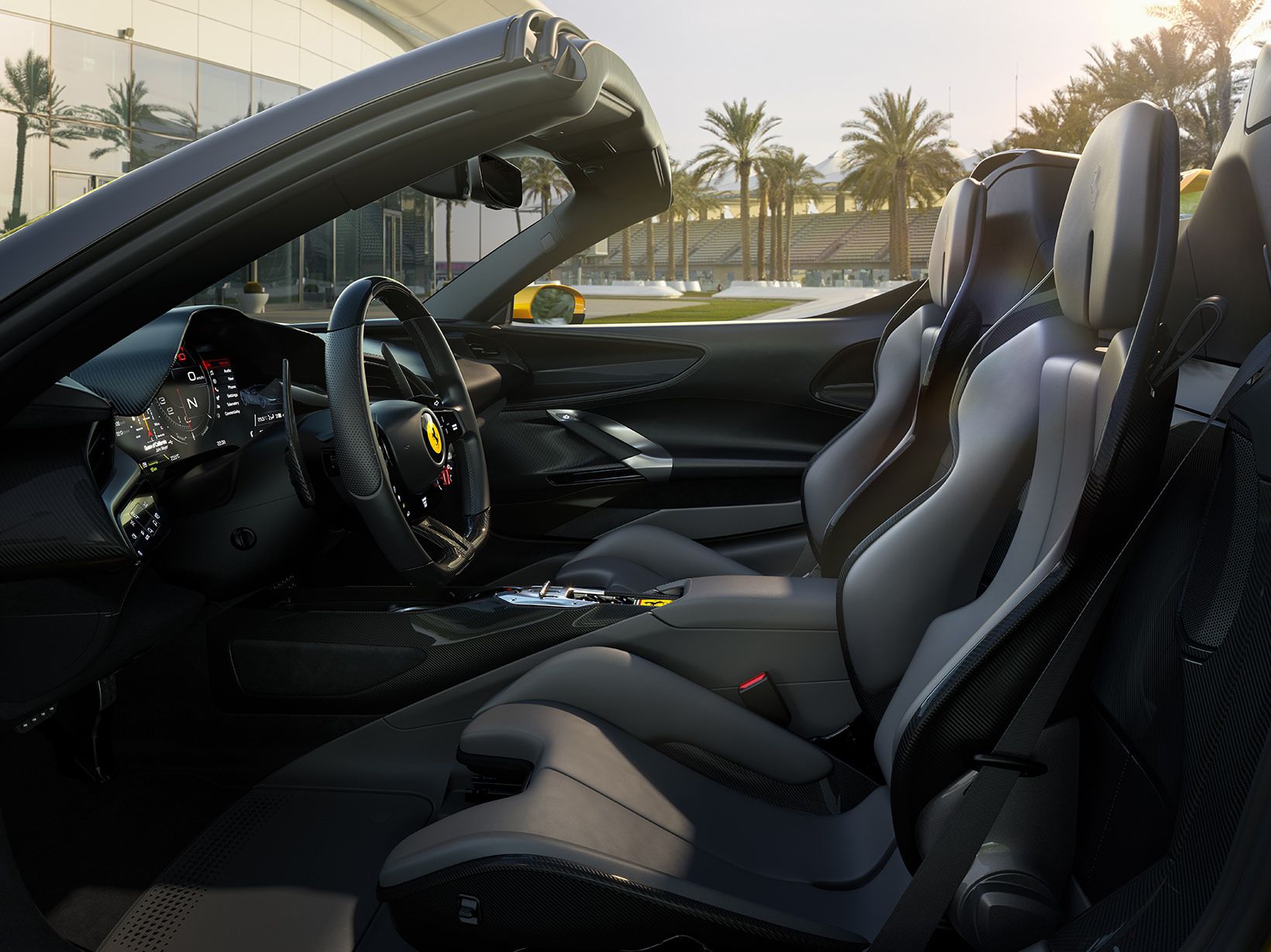 Only time will tell how fast the Spider sells.

Whatever the case, Australian appetites for high-performance V8s has always been plentiful, so expect to see the SF90 Spider burning through the most expensive suburbs in the country from late next year.