It seems that these days, more and more small independent brands are popping up and demanding a slice of the super and hypercar markets from the industry heavyweights and now there is a new English contender, Naran Automotive.

Not wanting to muck about and waste any time, this small upstart performance brand has already set about detailing its first-ever model and there is no denying it, on paper it looks to be a weapon.

Officially dubbed the Naran – full name the Naran Automotive Naran – this new British four-seat ‘hyper-coupe’ is said to be capable of going from 0-100km/h in 2.3 seconds and reaching a top speed of more than 370km/h. 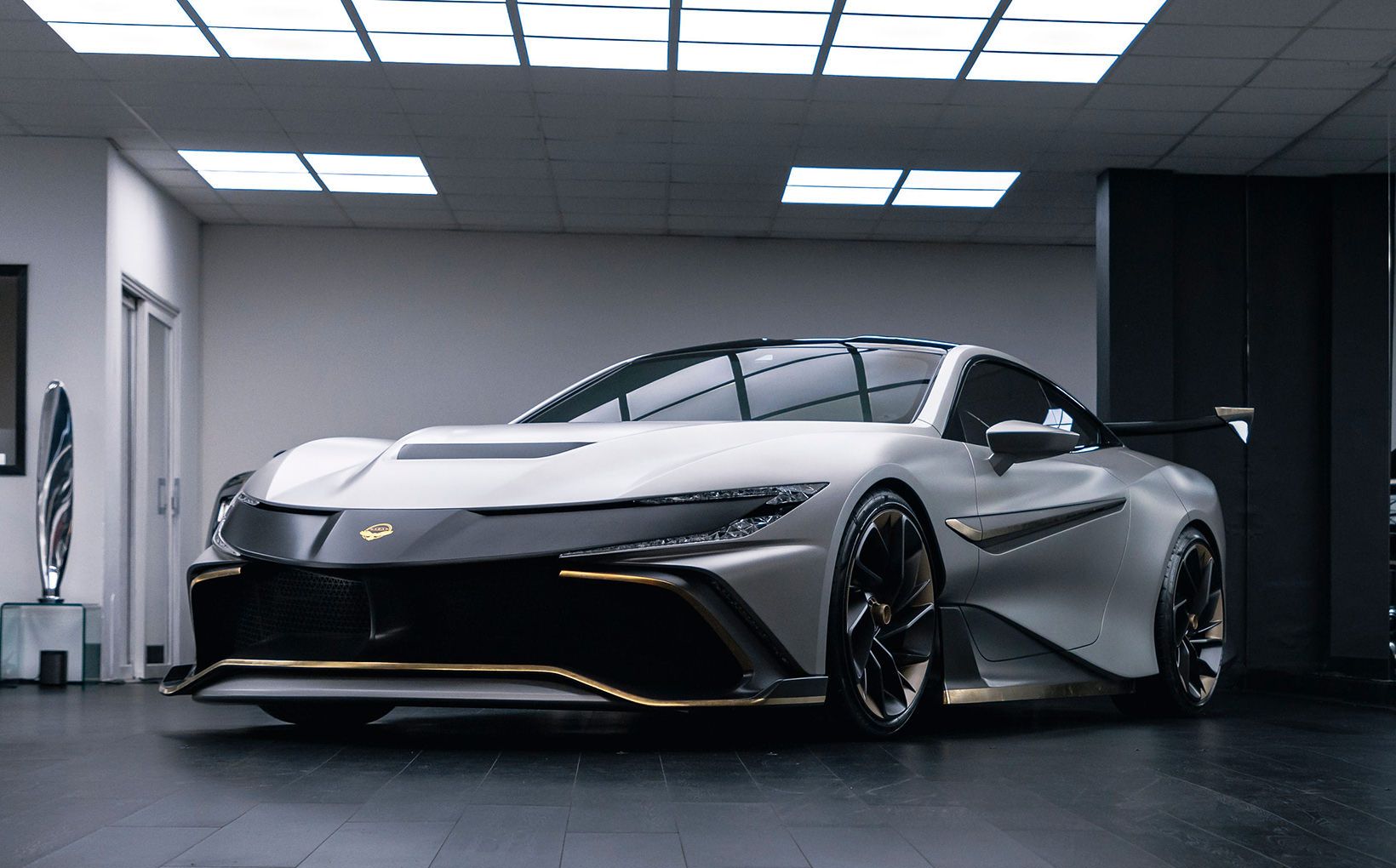 The Naran Automotive Naran is said to be inspired by GT3 racing cars.

While falling short of the Koenigsegg Gemera’s 1.9-second sprint and 400km/h v-max, there is no denying the Naran’s impressive predicted performance figures with power to come courtesy of a bespoke 5.0-litre V8, boosted by the addition of two turbochargers which results in 781kW of power and 1036Nm of torque.

Fed to all four wheels via an as-yet-undetailed automatic transmission, the engine in the Naran is something of a relic by evolving hypercar standards, featuring no form of electrification whatsoever, instead just relying on good old-fashioned forced-induction grunt.

There is however one small hiccup in the Naran’s resume, in that the engine doesn’t actually exist yet – it is still under development in Germany at the hands of Naran Automotive’s partners Racing Dynamics, EY3 Engineering and vehicle dynamics specialist Daniel Mense. 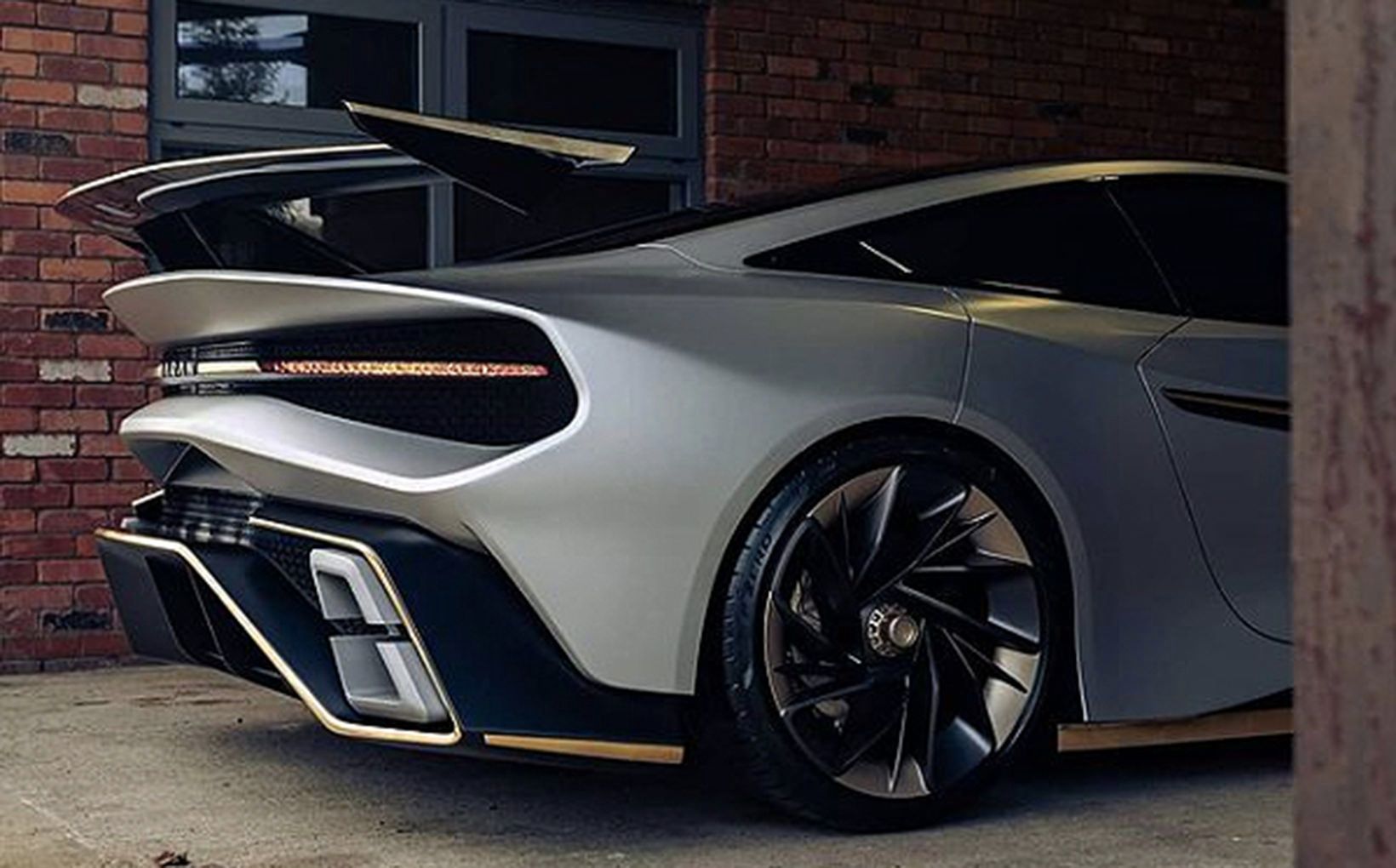 Many of the car’s components, including the powertrain, are still in development.

So while there is little doubt the Naran will be a rocket ship with hypercar-rivalling power, it may not quite live up to all of its performance ideals, but then conversely it may also smash them and take the fight right up to Koenigsegg – only time will tell.

Visually, there are elements of a few different established sports and supercars in the styling of the Naran with the front fascia closely resembling that of the Ferrari SF90 – the Prancing Horse’s hybrid flagship.

Tracing your way back along the bonnet line, the shape merges into the classic front-engine coupe silhouette while the boot lid is adorned with a huge fixed rear wing, almost resembling a squashed Lexus RC F Track Edition. 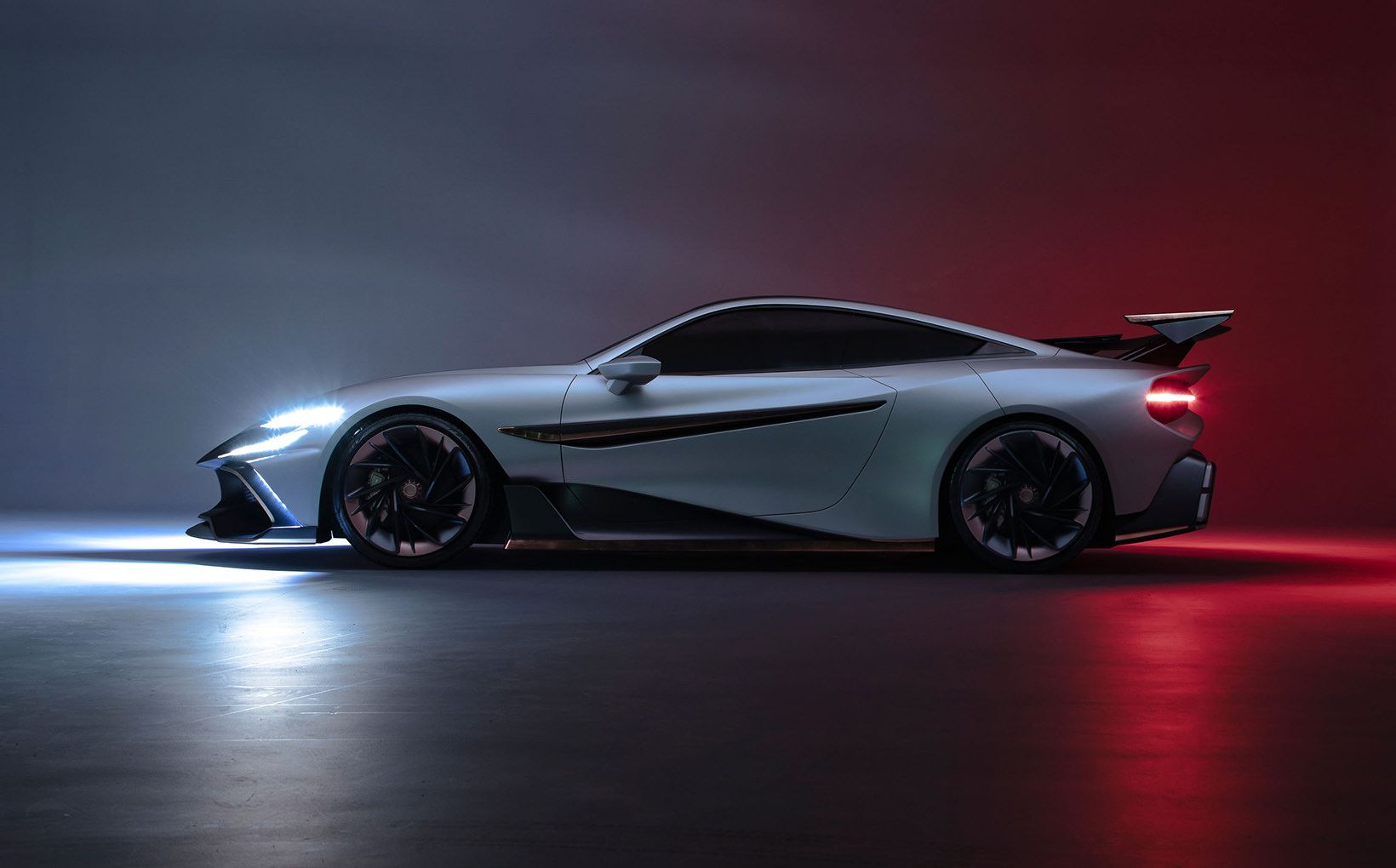 There is no missing that huge motorsport-style wing.

That wing – along with the integrated front splitter – is not just there for show, with Naran Automotive claiming the Naran to generate 1377kg of downforce, however it does not specify at what speed.

The body itself is made from carbon-composite and rolls on 22-inch hybrid-carbon wheels while under the skin there is a double-wishbone suspension set-up featuring adjustable front and rear anti-roll bars, camber and toe-in settings.

Damping duties are taken care of by four-way adjustable Ohlins units while carbon ceramic brakes will come as standard. 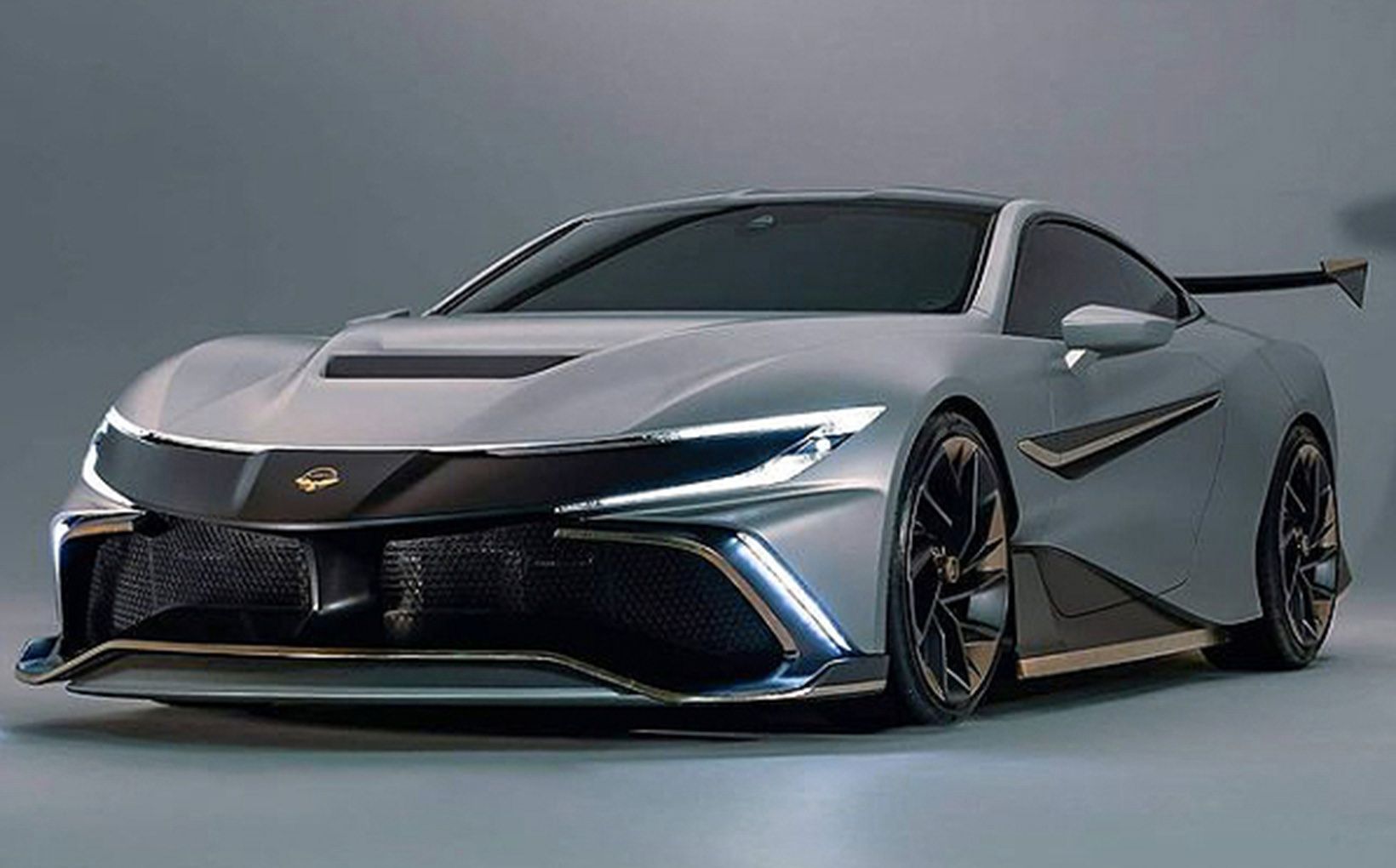 While marketed as a 2+2, the Naran will come fully prepped for track work.

With the adjustable suspension settings allowing drivers to tailor their cars to suit their taste and requirement, Naran Automotive has thrown in the added bonus of being able to send all of the engine’s power to the rear wheels only – similar to Mercedes-AMG’s drift mode – resulting in what the brand describes as a “challenging, yet rewarding, analogue driving experience”.

According to Naran Automotive CEO and founder Ameerh Naran, the brand’s vision is to create “the most beautiful and thrilling cars in existence”.

“With the Naran, we are creating a unique ownership experience and a new perspective on shared driving experiences – a GT3-inspired, driver-focused, front-mid engined 2+2 hyper-coupe, that delivers unrivalled material innovation and a commitment to reviving the analogue driving experience,” he said. 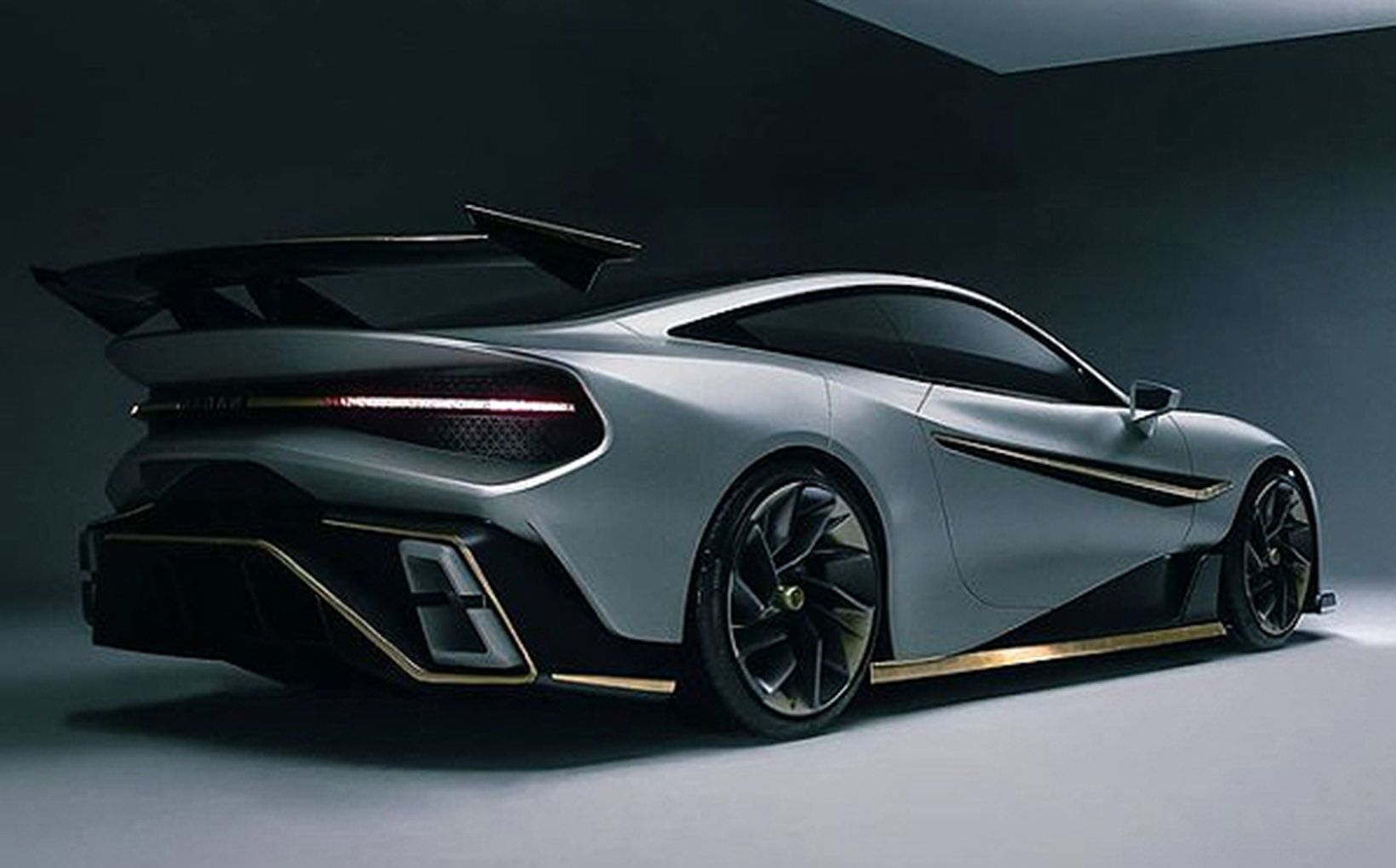 With a top speed of almost 400km/h, the Naran looks to be a serious performance contender.

“The Naran is the true embodiment of art on wheels, designed and developed by some of the greatest minds in the industry.”

Standard equipment and safety gear is yet to be detailed however prospective buyers will not have to wait long given the car is due to debut early next year.

Just 49 examples will be produced worldwide with each one able to be customised and tailored to suit buyer preferences, so it would be more than reasonable to expect a six or seven-figure asking price. 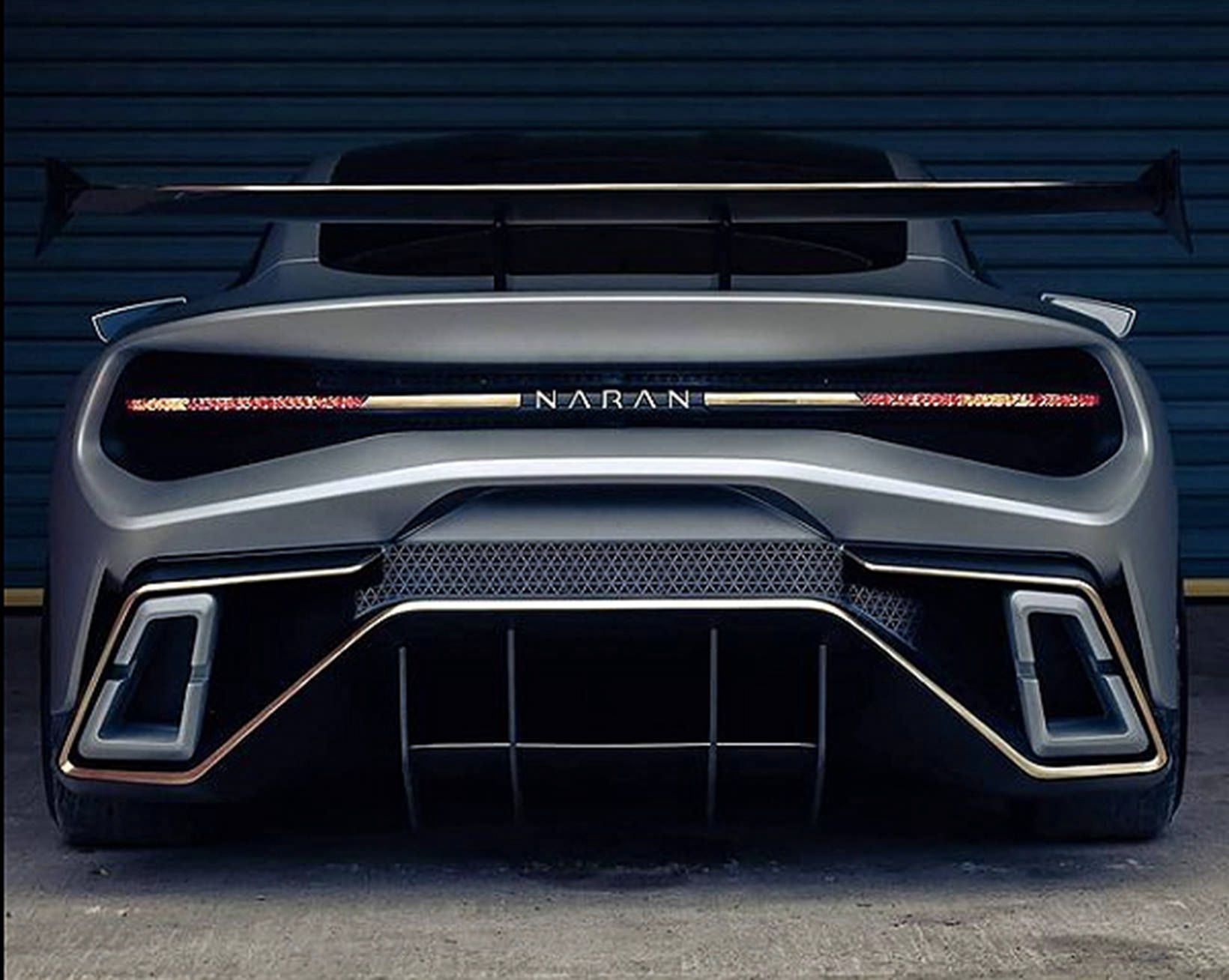 Just 49 examples will be made globally.

With such a limited number of units slated for production, it is not yet known if any examples will be coming to Australia but if the Naran lives up to its on-paper hype, then the English upstart is sure to find a few new fans among the world’s elite.