VERY few brands have changed the face of the motoring world like Bugatti did when it launched the Veyron back in 2005 – it was faster, more powerful, sleeker and more expensive than pretty much anything that had come before it. 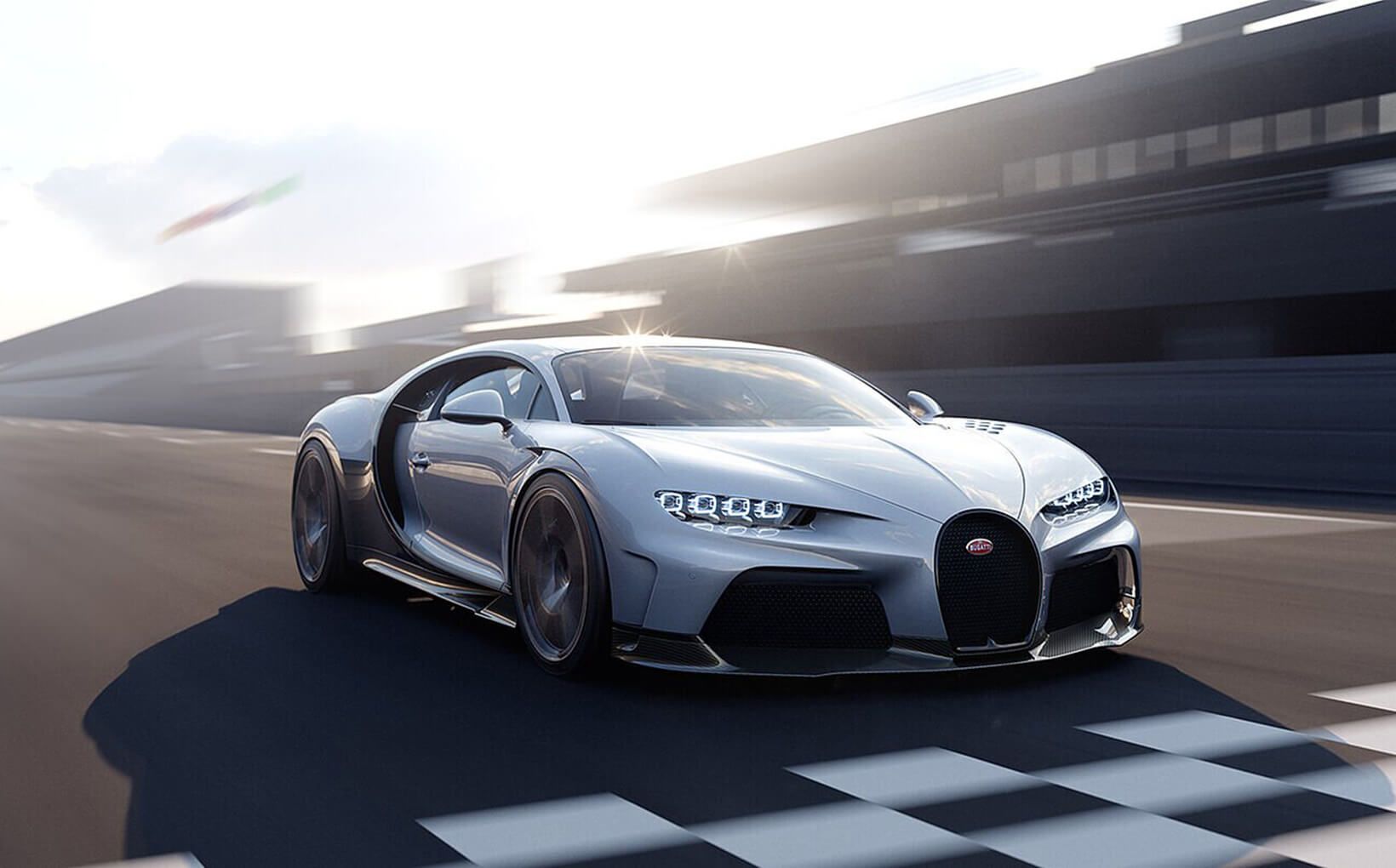 The Chiron Super Sport could be the vehicle that wins the production car speed record back for Bugatti.

Debuting with a quad-turbocharged 8.0-litre W16 and generating 1001 horsepower (746kW), it was the first production car to crack the 400km/h barrier and will forever be known as the model that rewrote both the supercar and hypercar rule books.

Skip forward 16 years and Bugatti is still at it, having claimed record after record with the original Veyron, the subsequent Super Sport and then the Chiron, the latter of which has now spawned its own go-even-faster version, the Chiron Super Sport (SS).

The latest in a long line of Super Sport derivatives – dating back to the EB110 – the new Super Sport is the fastest and most powerful Bugatti production car to date. 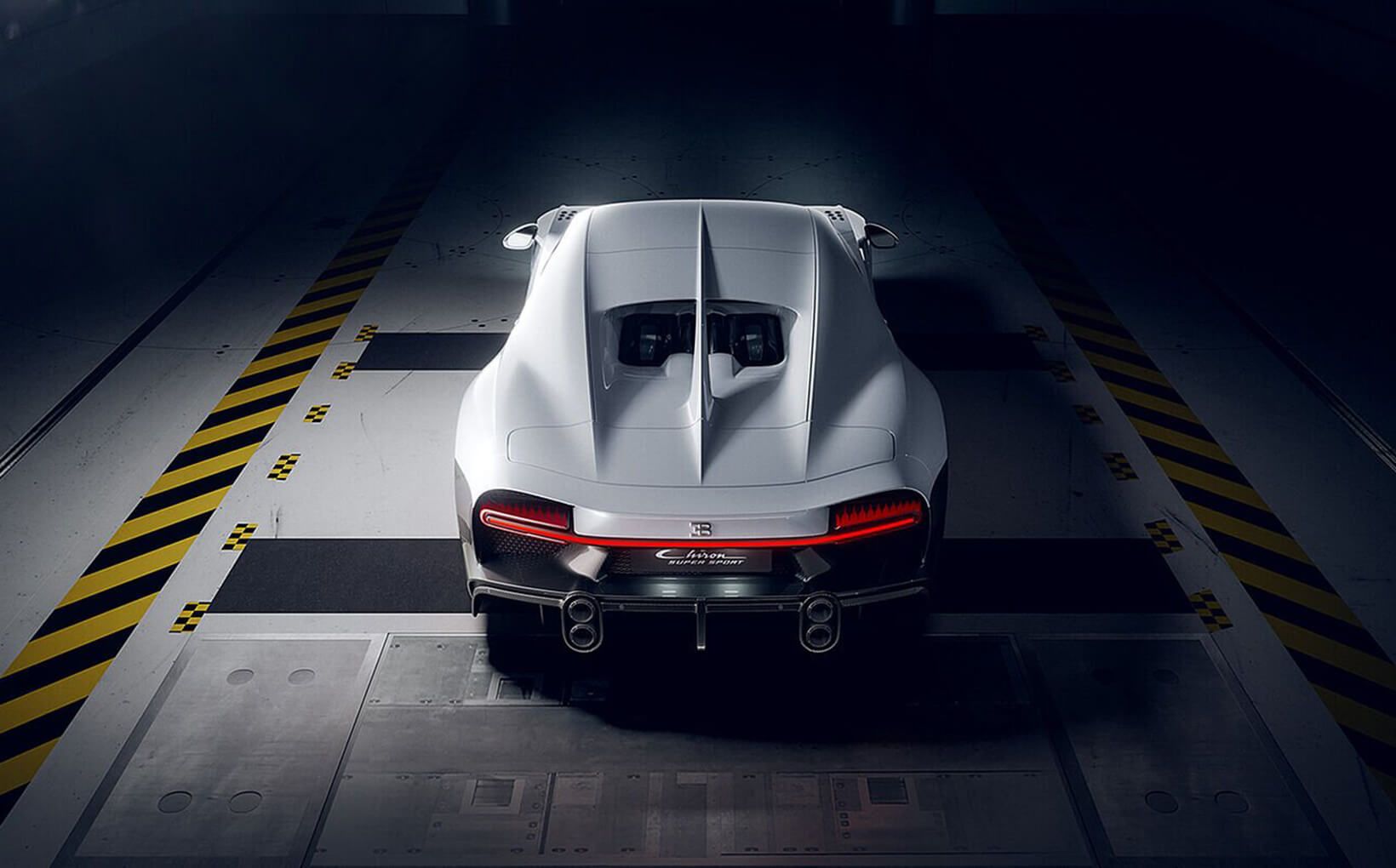 The Chiron SS is longer, lighter, faster and gruntier than its donor car.

Still motivated by that fabled W16 engine – albeit heavily reworked and upgraded over time – the Chiron SS develops 1176kW of power and 1600Nm of torque, 74kW more than the standard Chiron.

The extra shove comes courtesy of four new (bigger) turbochargers delivering 40.6psi of boost, a new oil pump and cylinder heads while the seven-speed dual-clutch transmission has been given a complete overhaul, including the clutches.

Not only does the SS develop more power, it does so over a wider rev range with the redline being raised 300rpm to 7100 whereas the torque band has been widened by an extra 1000rpm, resulting in all 1600Nm being available from 2000-7000rpm.

drastically enhanced performance figures, i.e. a 5.8-second sprint from standstill to 200km/h with the triple tonne dispatched in 12.8 seconds. 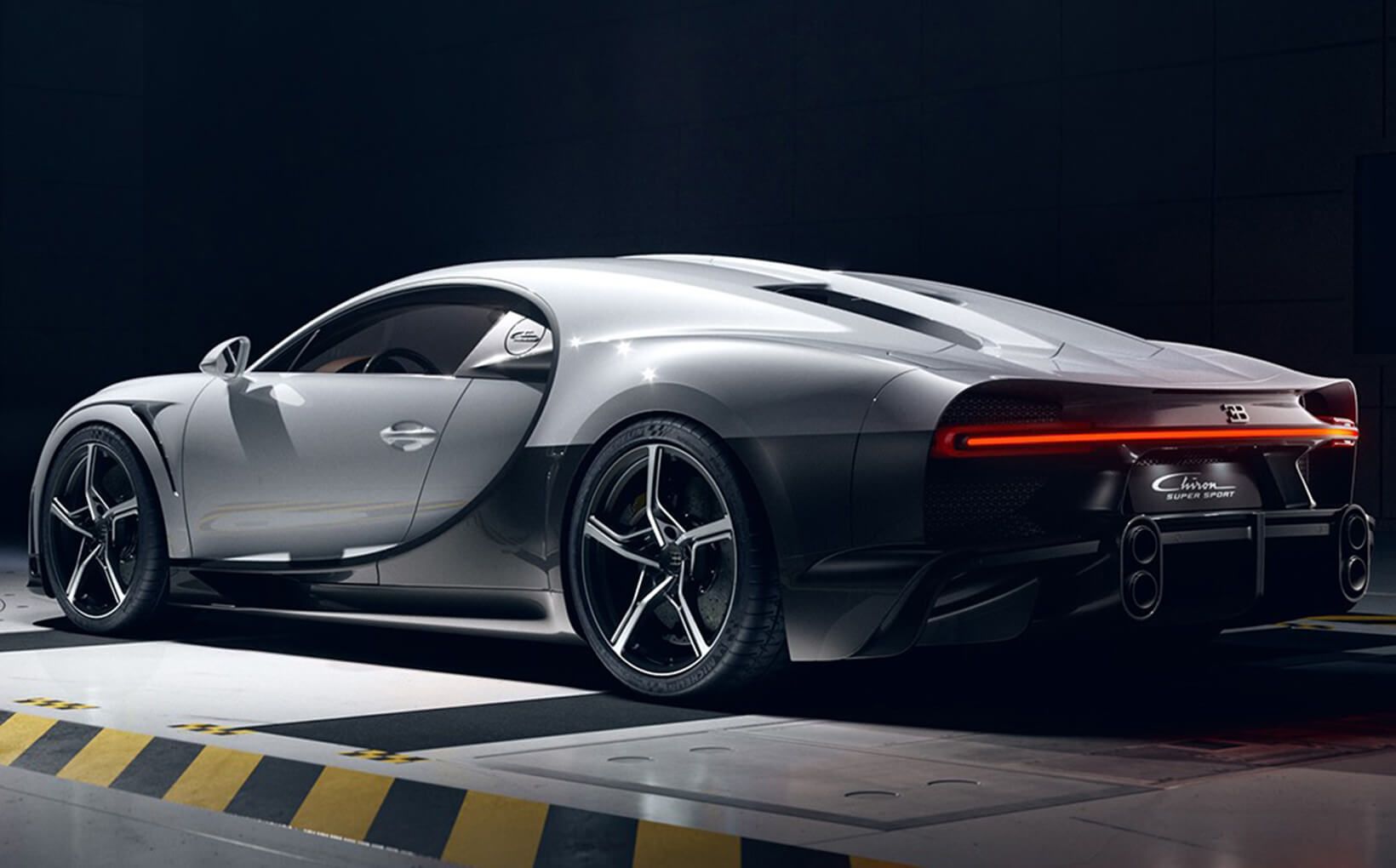 A serious amount of aerodynamic and engineering know-how went into upgrading the already insane Chiron.

Both figures are 0.3s faster than the standard Chiron and while the brand has made no official 0-100km/h claims yet, you can be fairly certain it will at least match the regular version’s 2.4-second dash.

Off the line performance is not Bugatti’s primary target though, that treasure lies in the realm of absolute top speed.

Thanks to a complete aerodynamic overhaul – and the extra power – engineers claim the Chiron SS will hit 440km/h, however an official speed run is yet to be carried out.

To help the Super Sport hit what would ultimately be a new production car speed record, designers went to town trying to make it as aerodynamic as possible while simultaneously increasing downforce, which is why the SS is 250mm longer than a standard Chiron. 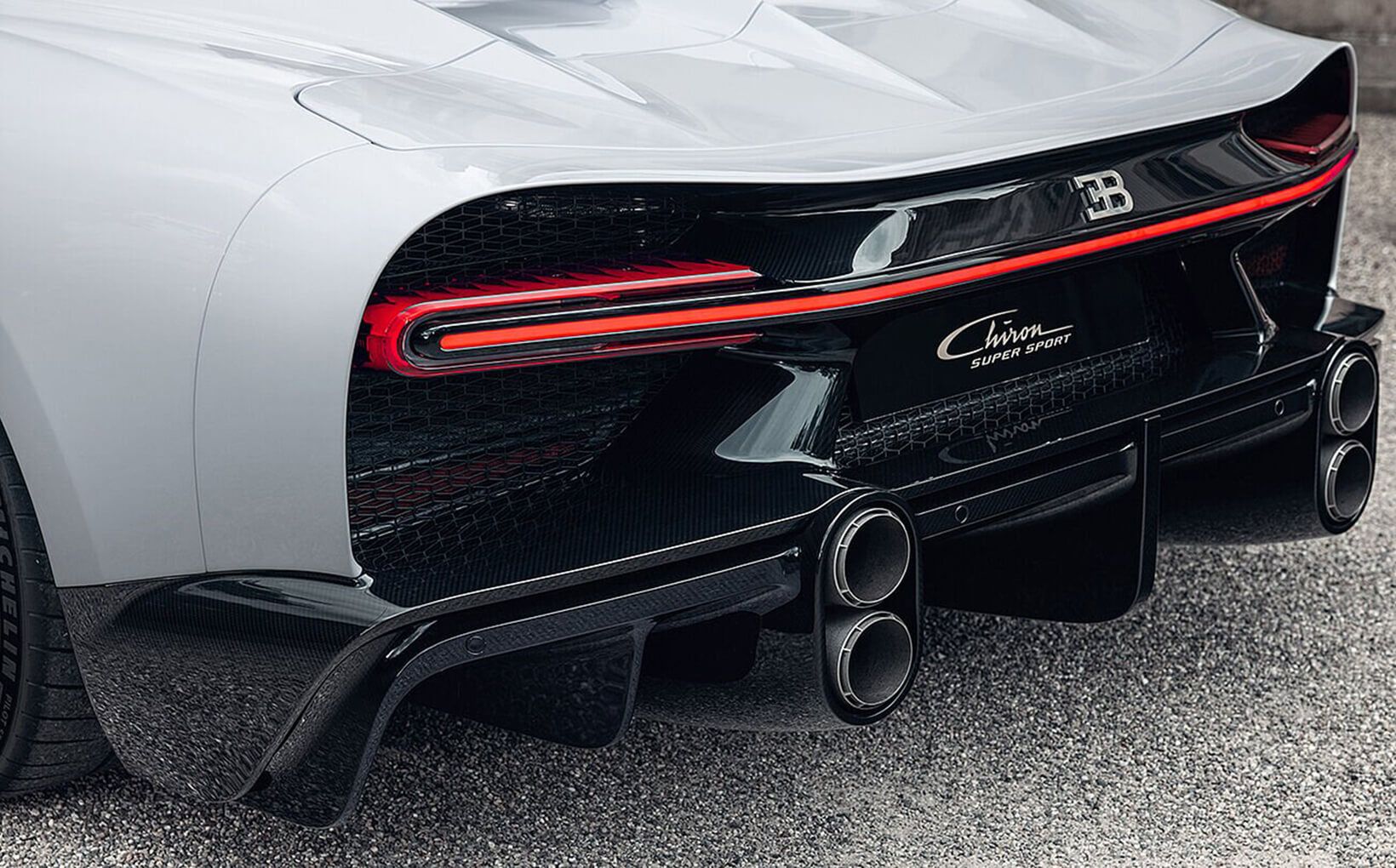 It’s unlikely you’ll confuse the SS with a standard Chiron.

Almost all of the extra length can be found at the rear with a new ‘long-tail’ design, adorned with an enormous rear diffuser.

The changes made at the front are a little less drastic, centring around enlarged intakes (finished in black mesh), a new carbon splitter and nine ‘exhaust air holes’ on each of the front wings which help to release air pressure from within the wheel arches.

Behind the wheel arches are another set of supporting vents which engineers say “balance out the aerodynamic loads”.

Using brains as well as brawn, the Chiron’s underpinnings were given a workover to better suit the enhanced aerodynamics, higher top speed and all of the associated forces. 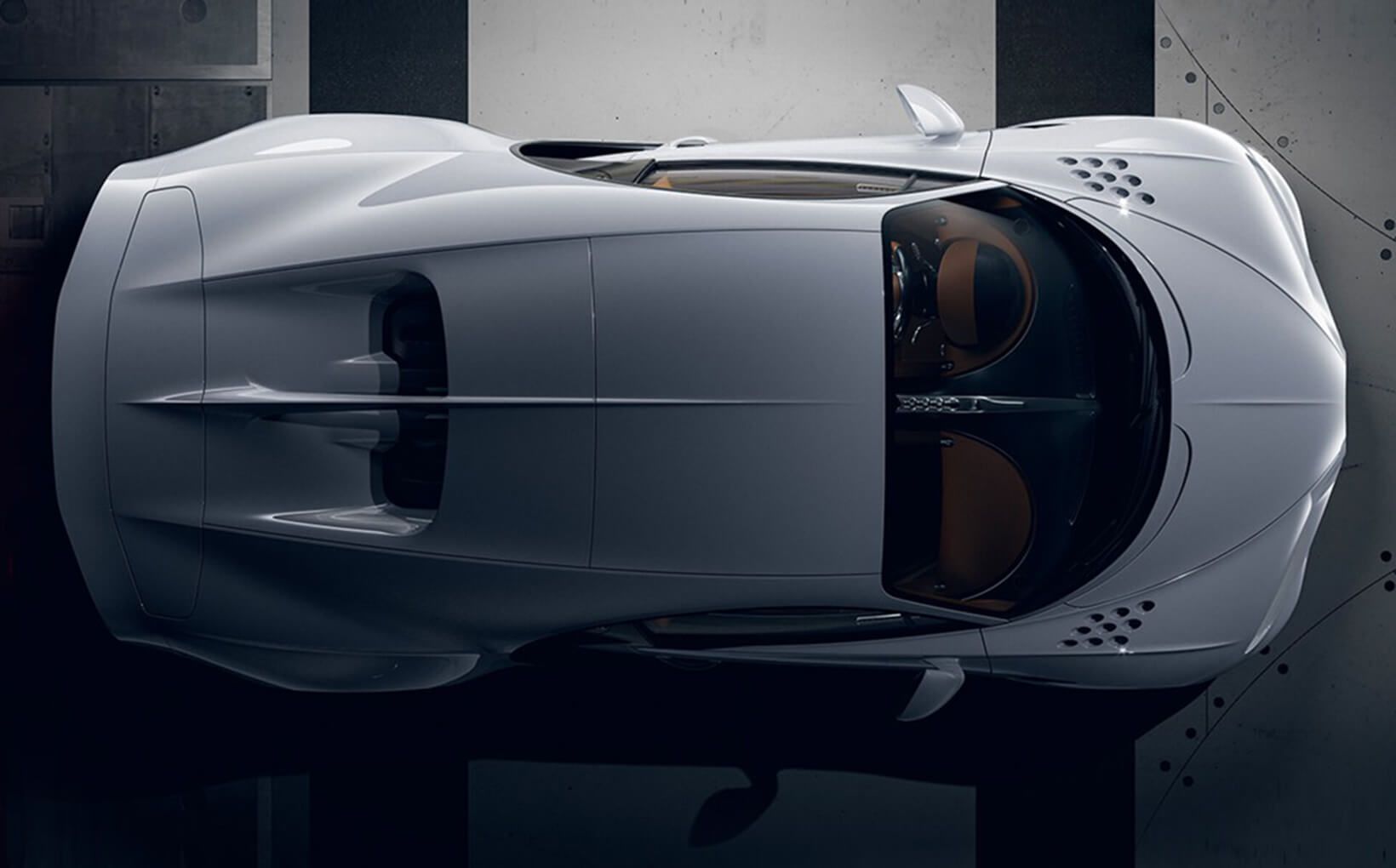 This is more than just a lightened power upgrade.

“We tweaked all possible parameters when developing the chassis in order to achieve the best possible setup for immense acceleration as well as the unique Bugatti luxury and comfort experience,” said chassis development boss Jachin Schwalbe.

“In comparison to the Chiron Pur Sport, which, as a free-revving vehicle with transverse dynamics offers a great deal of downforce up to 350km/h, the Chiron Super Sport remains very neutral and quiet even above this in the uppermost speed ranges.

“Our focus at top speed is on absolute driving stability coupled with comfort.” 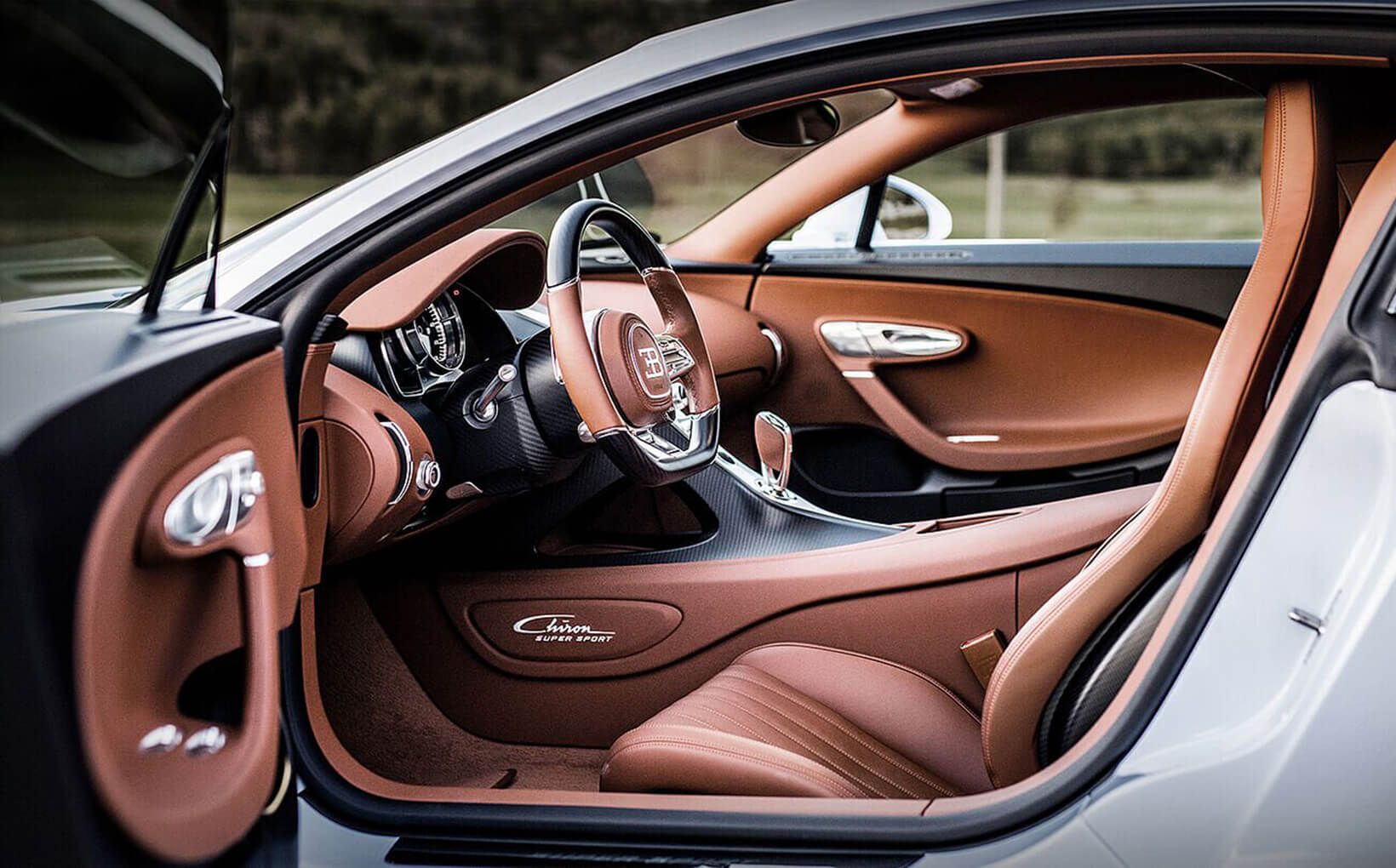 Ever since the Veyron emerged in 2005, Bugatti has been determined to offer world-beating performance with almost limousine levels of luxury and comfort.

Despite the ‘Super Sport’ part of its name, the ultimate Chiron is no different with brand executives describing the interior as a “combination of timeless elegance and comfort beyond compare” thanks to a wealth of leather, aluminium, carbon-fibre and various other exotic materials.

“With this new creation, we established another distinct personality within the Chiron family.

“It is the essence of what we learned and developed in recent years – the ultimate grand tourer.” 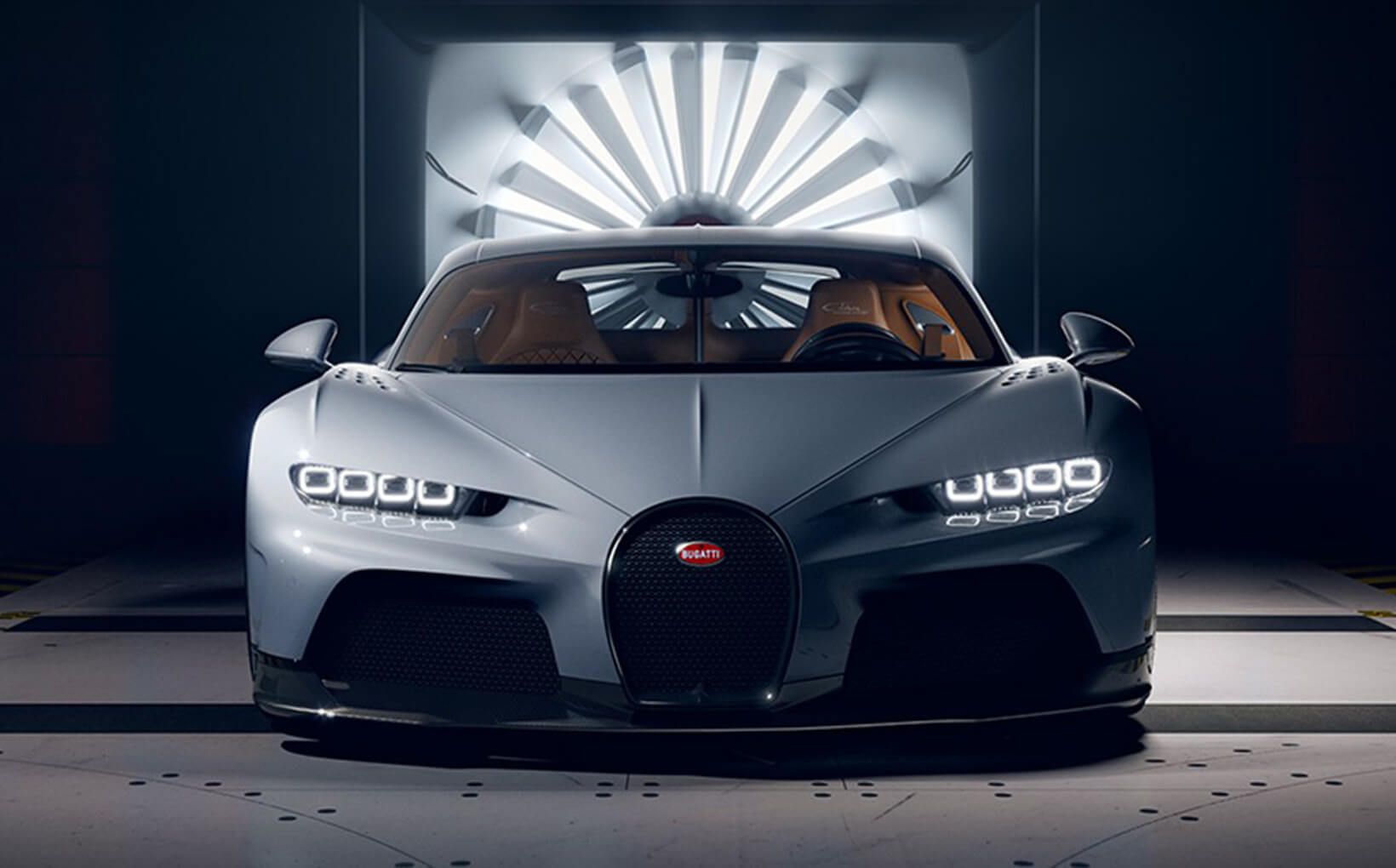 Time will tell if the Chiron SS can deliver its predicted 440km/h top speed.