THE BMW M badge is synonymous with phrases like ‘purity’, ‘balance’ and ‘driving pleasure’ and one of the most ‘pure’ and ‘balanced’ of them all is the M3.

First appearing in 1986, the M3 has always been BMW’s mid-sized brawler; a medium sedan and coupe that could take it to the very best sportscars and come out on top.

Skimming through the history books, there has never actually been a bad one, save for a few recent attempts at creating a track monster (last generation M4 GTS). 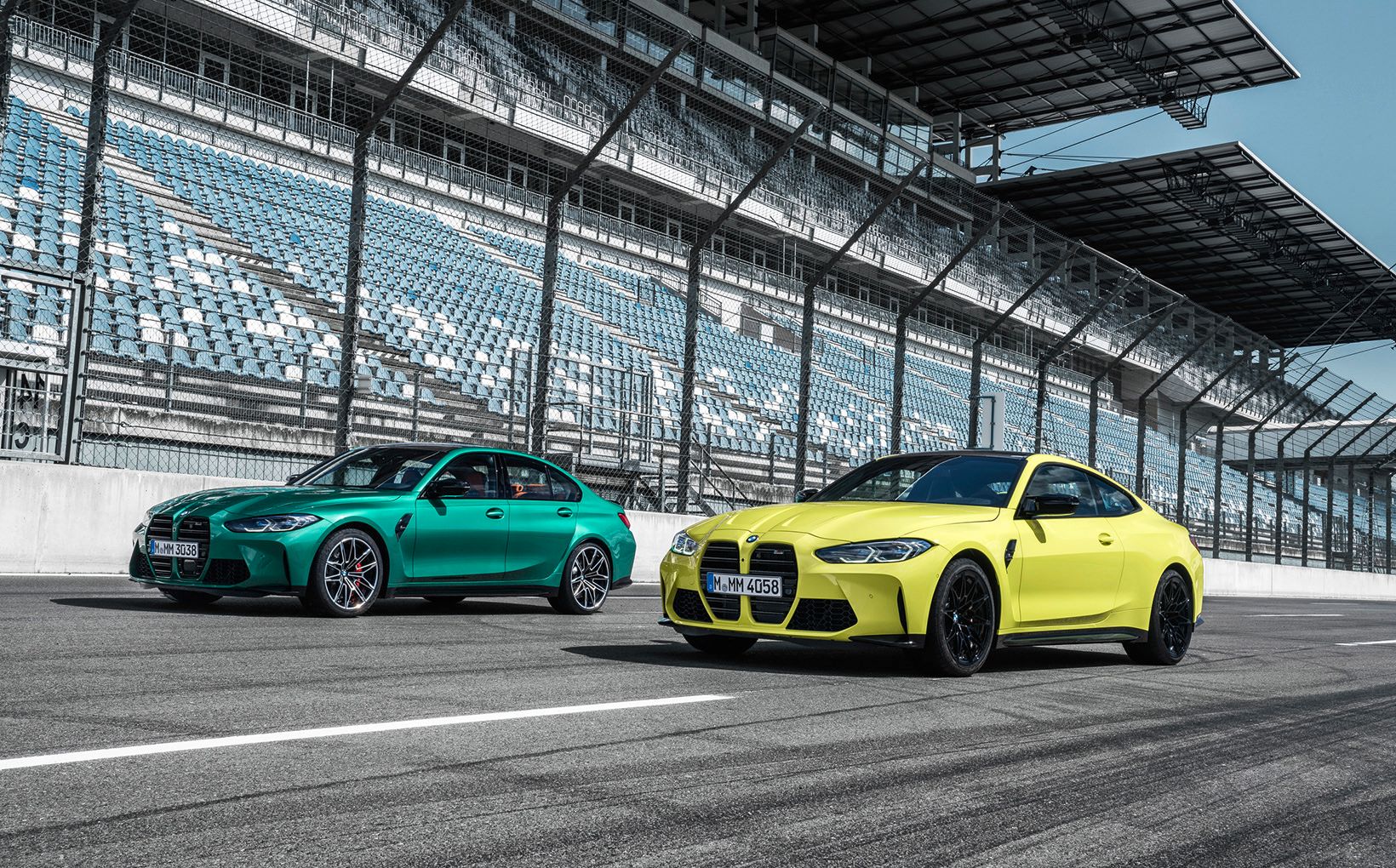 The G80 M3 and G82 M4 are the biggest to date and by far the most polarising.

Now the all-new sixth generation M3 and M4 are ready to launch and continue on this 35-year legacy.

The new cars are bigger and heavier than their predecessors and far more radically styled, donning the same divisive front ends as the regular 4 Series which debuted earlier this year – albeit in a more aggressive form.

Even more noteworthy than the styling however is the fact that for the first time ever, the M3 and M4 will be offered with the option of all-wheel drive, marking perhaps their biggest step away from tradition to date. 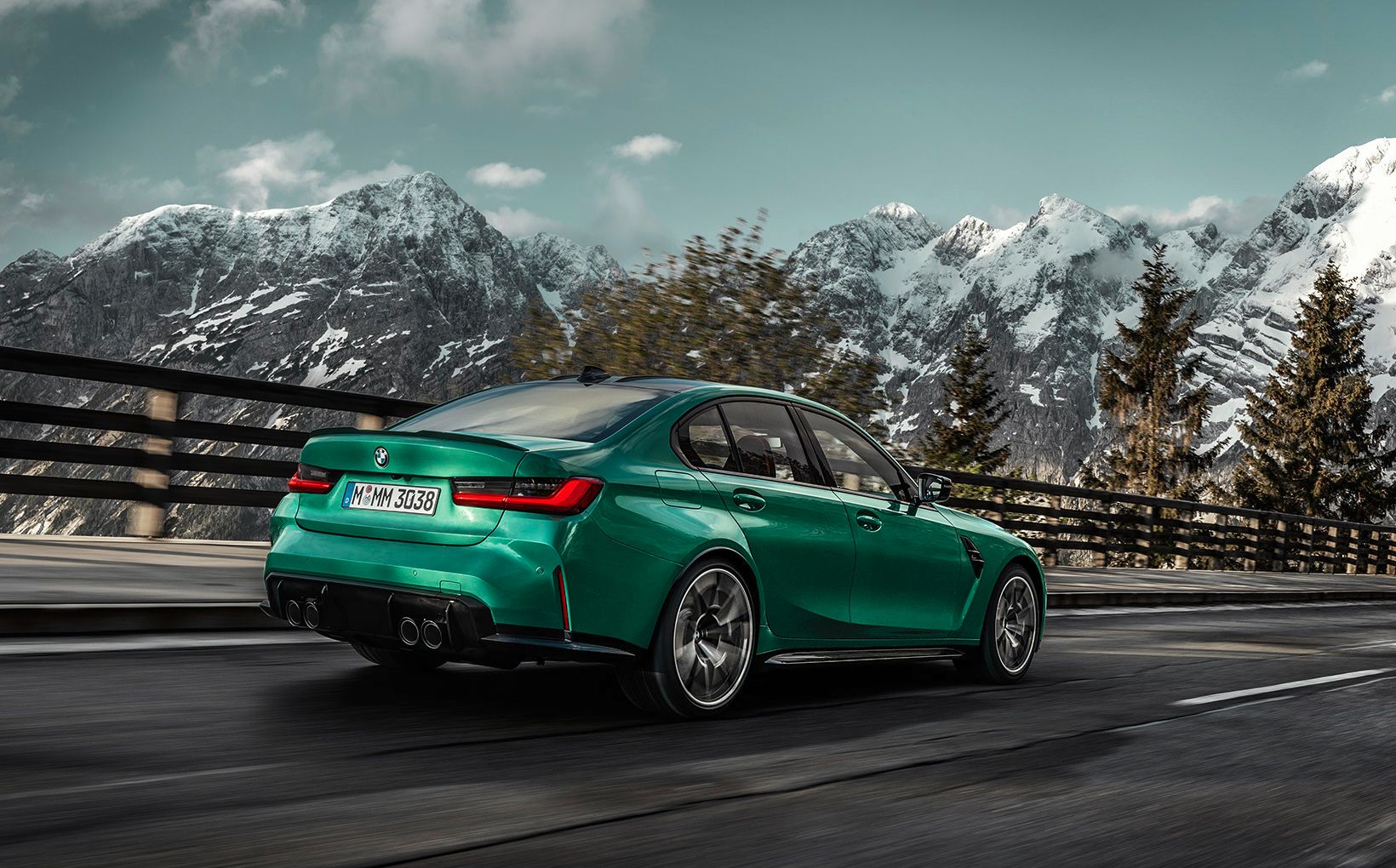 Competition versions will be available with the option of all-wheel drive.

Due to arrive locally early next year, BMW Australia has confirmed that the M3 and M4 will be offered in both ‘regular’ and Competition grades with the latter set to be the one offering all-paw grip.

Under the bonnet of all versions is the next “evolution” of the S58 twin-turbo 3.0-litre inline six-cylinder petrol engine as found in the X3 and X4 M Competition, with the standard versions producing 353kW/550Nm – up 22kW – all of which is sent to rear wheels via a six-speed manual transmission. 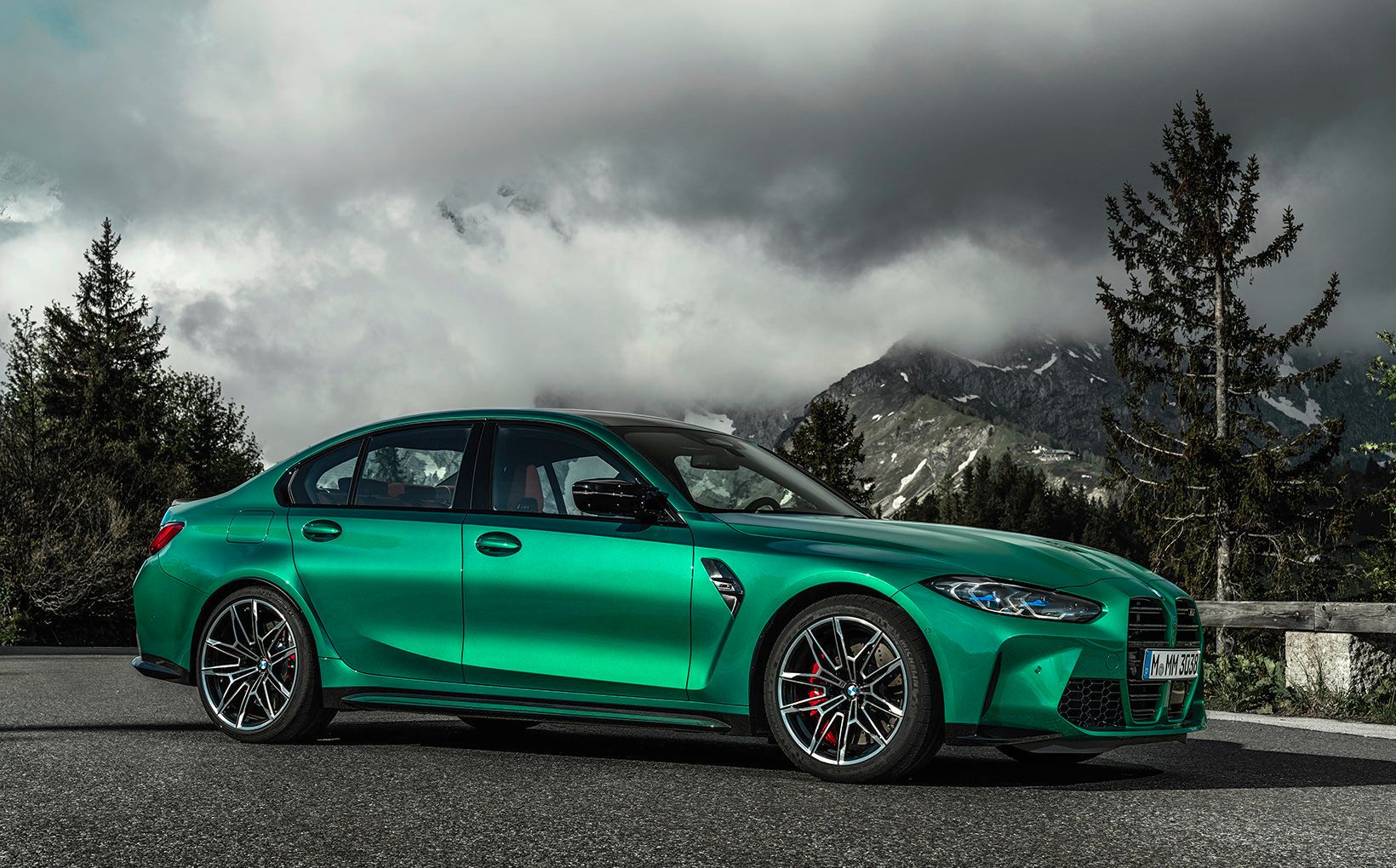 In Competition guise, the powerplant churns out 375kW/650Nm sent to either the rear or all four wheels via a new eight-speed ‘M Steptronic’ automatic transmission.

According to BMW Australia CEO Vikram Pawah, the decision to offer both the standard M3 and M4 here as well as the Competition variants was made following careful analysis of the new model’s specification and customer demand. 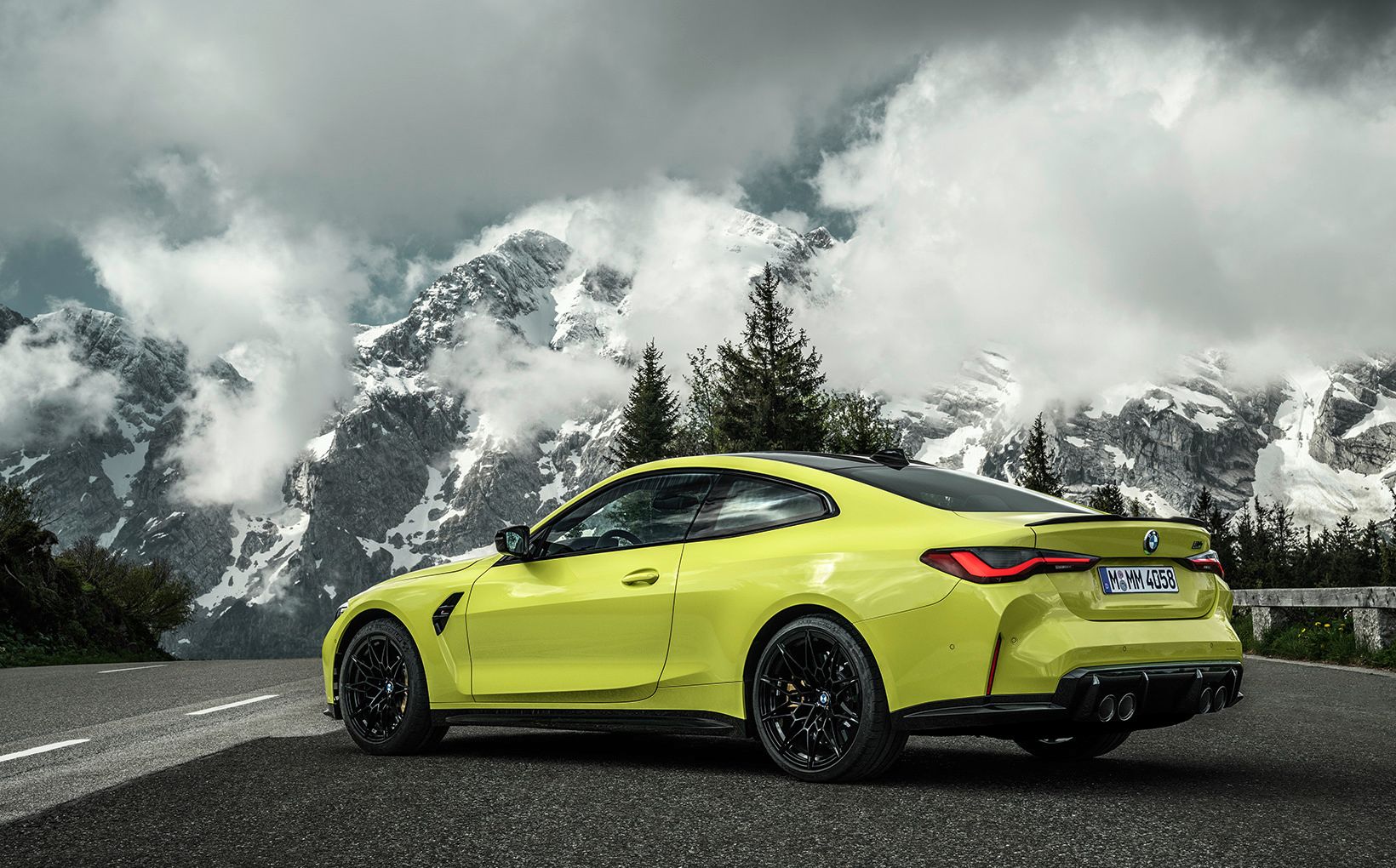 Both ‘regular’ and Competition versions will be offered Down Under.

“We look at the specs of the car normally and then choose which one to bring in,” he said.

“For the last couple of models we’ve been bringing the Competition models here, so we’ll continue following that strategy clearly, because I think people are asking for that.

“On the other end we’re also looking at the Pure strategy, so both ends of the spectrums we’re able to address; and we’ll see even more and more line-up being embraced as we go along because clearly we want to be in that top slot and in that worldwide M share.” 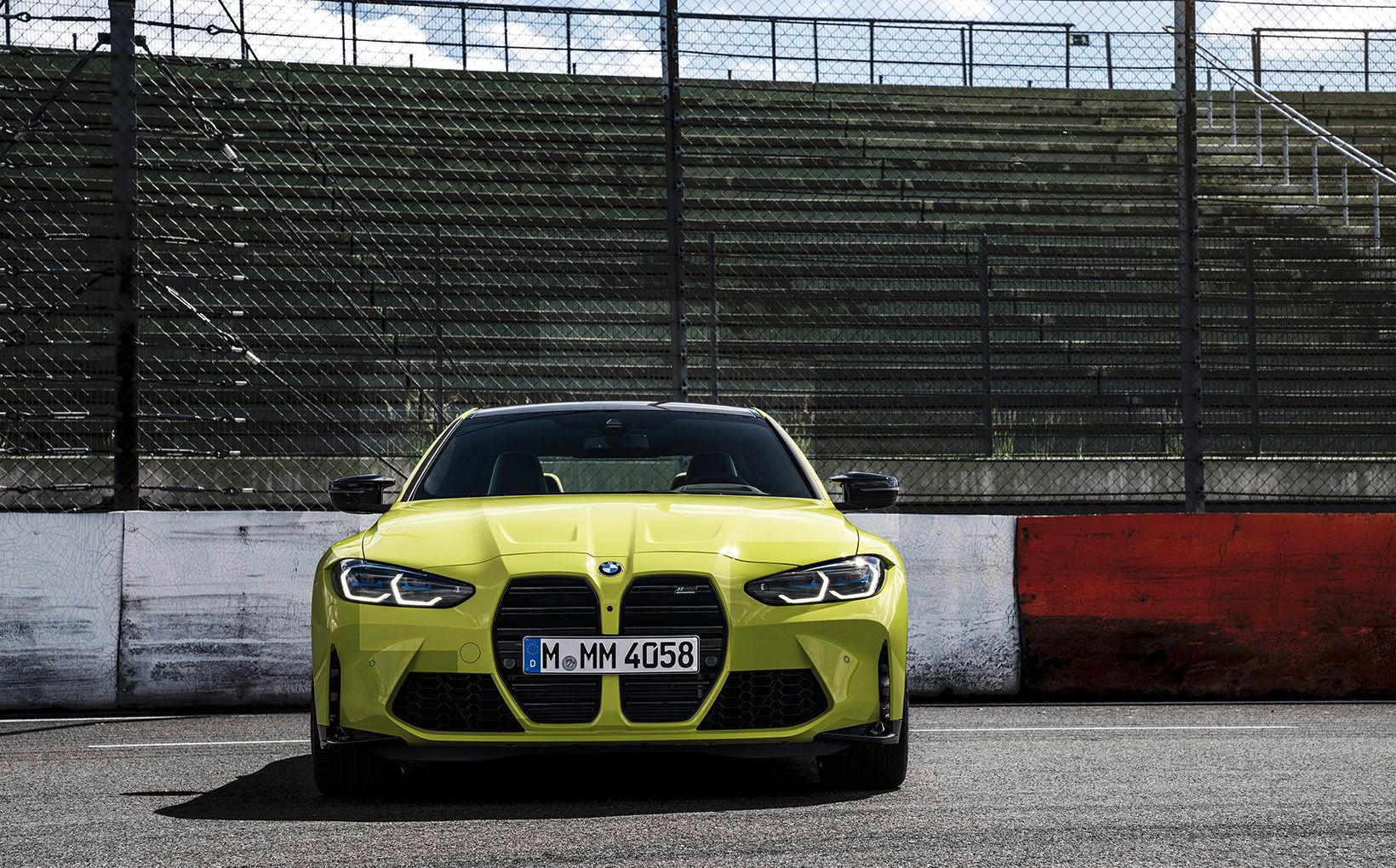 It would be more than fair to assume Pure versions will follow at a later date.

More than just a new look and a power increase, BMW says it developed the new M3 and M4 alongside the new M4 GT3 racecar, ensuring the new mid-sized twins are the most dynamically capable versions yet.

All variants ride on adaptive M suspension with electronically controlled shock absorbers and M-specific kinematics and elastokinematics for the front and rear axles while an M-specific version of the integrated braking system allows drivers to customise the brake feel of their vehicles between two different settings.

Likewise, the manual transmission comes with rev-matching while the automatic’s shift characteristics can be altered with three different settings for the manual and automatic modes on offer. 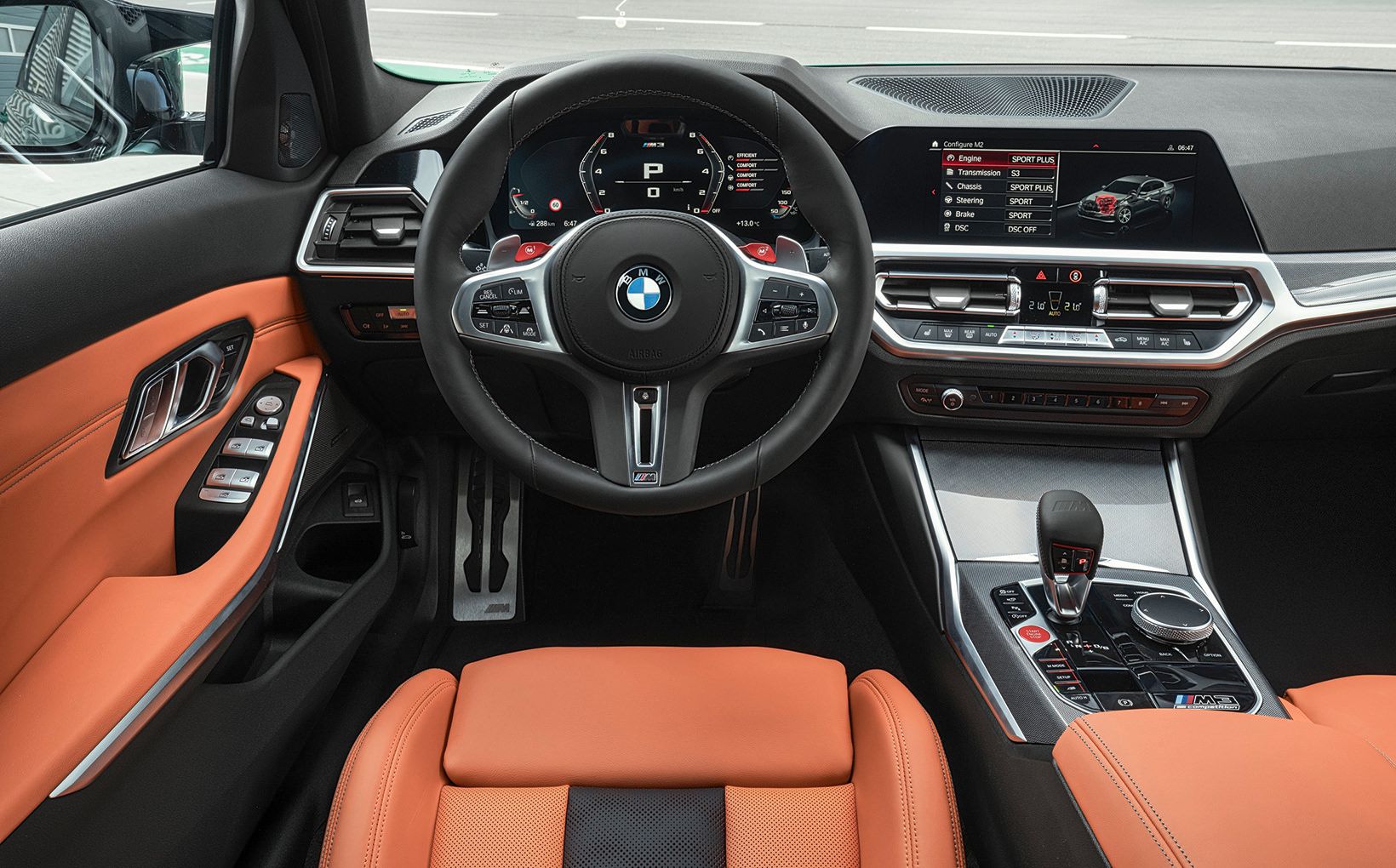 There will be no shortage of standard equipment.

As previously alluded to, the Competition grades step things up a little with the addition of the BMW Digital Key and full Merino leather upholstery interior. 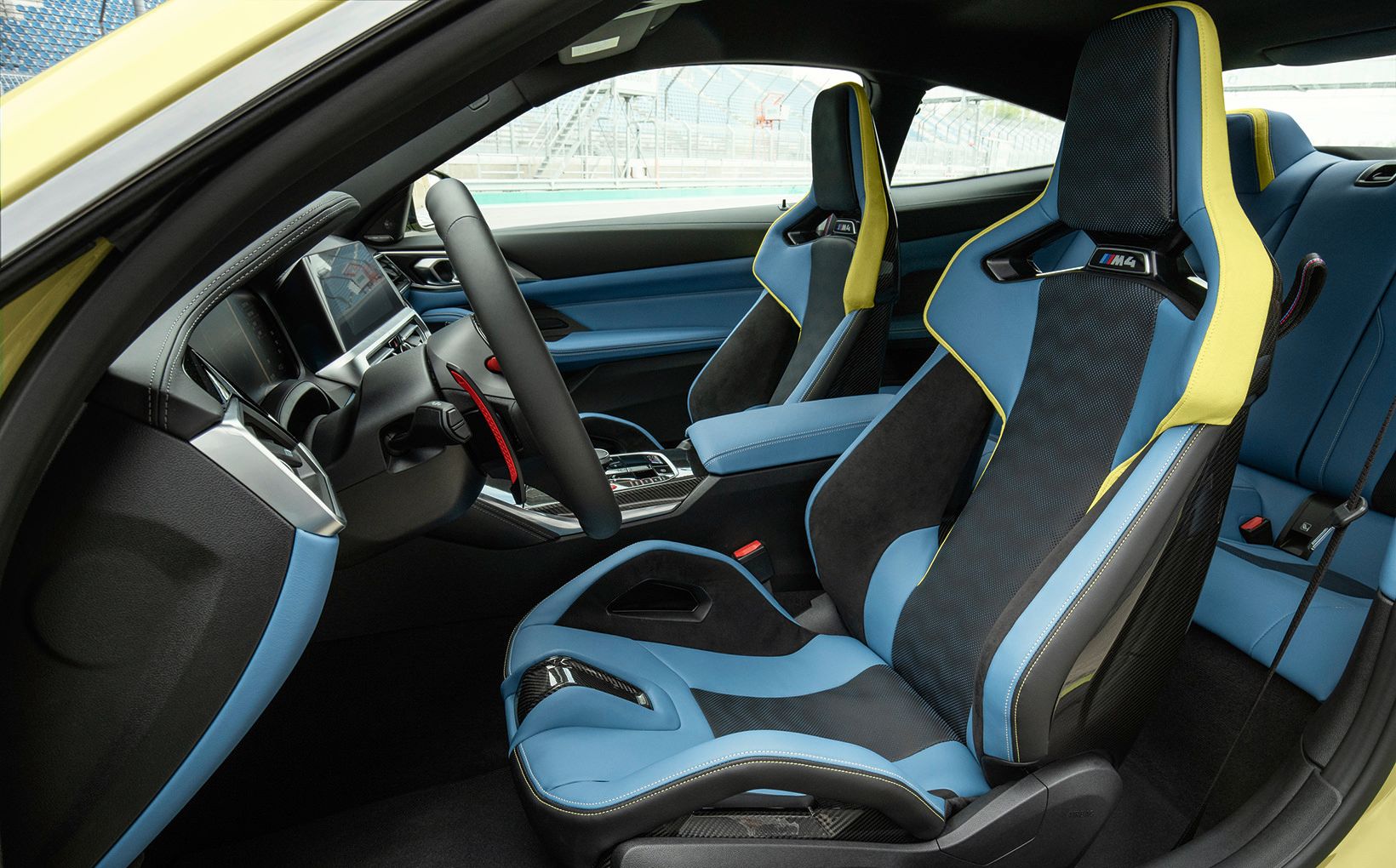 Five option packs will be available on all variants.

Five different option packs will be able to be fitted to all M3 and M4 grades, each designed to up the visual ante and driving prowess.

Alternatively, the M Carbon package combines the previous three packages into one for $26,000 while Michelin Pilot Sport Cup 2 or Pirelli P Zero Corsa track tyres can be specified for an extra $2000.

Looking even more likely than a set of Pures is the possibility of CS or even CSL versions.

It will certainly be interesting to see the divisive vertical kidney grille and adjoining options packs fitted to a wagon – yes, an M3 Touring has been confirmed and due here later next year – however BMW M CEO Markus Flasch has quelled any possibilities of an M4 Gran Coupe, despite the success of the 2 Series and 8 Series versions.

That said, even hotter versions of both hi-po mid-sizers look almost certain to eventuate, with Mr Flash telling Aussie journalists they should “expect that we (BMW M) have a very close look into CS and CSL derivatives of M3 and M4” given the popularity of the popularity of the M2 CS launched earlier in the year.