WE’VE said it before and we’ll say it again, BMW practically created the four-door performance car with the introduction of its E28 M5 back in 1984, a car that blended supercar levels of power with sedan space and practicality.

The M5 almost immediately became a motoring icon and the nameplate still lives on to this day as one of the most potent and capable super-sedans on the market.

In 1986 however the brand decided to expand its M range with the smaller E30 M3, a car and nameplate that like its bigger stablemate, would go on to become synonymous with the mid-sized performance segment. 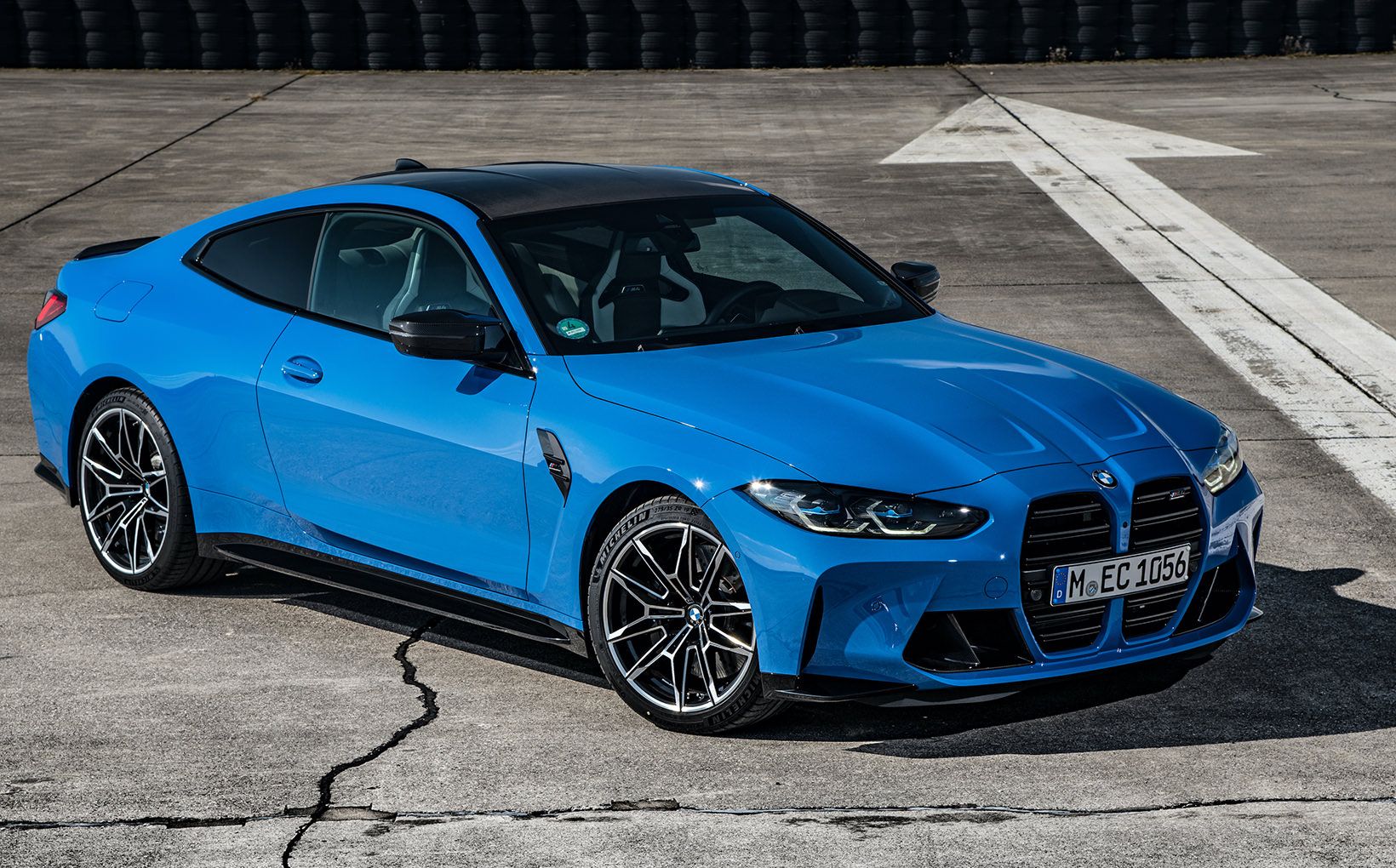 The latest-generation M3 and M4 Competition are about to get all-wheel-drive back-up.

Now however, the M3 – and matching M4 coupe – is undergoing arguably its biggest evolutionary step in its entire history… all-wheel drive.

Before all you rear-drive purists panic, the M5 successfully made the transition years ago and can still cut a fat skid when unleashed on a track.

For the first time ever, BMW is offering the M3 and M4 with the option of all-paw traction courtesy of its M xDrive system – the same one fitted to the blistering M5. 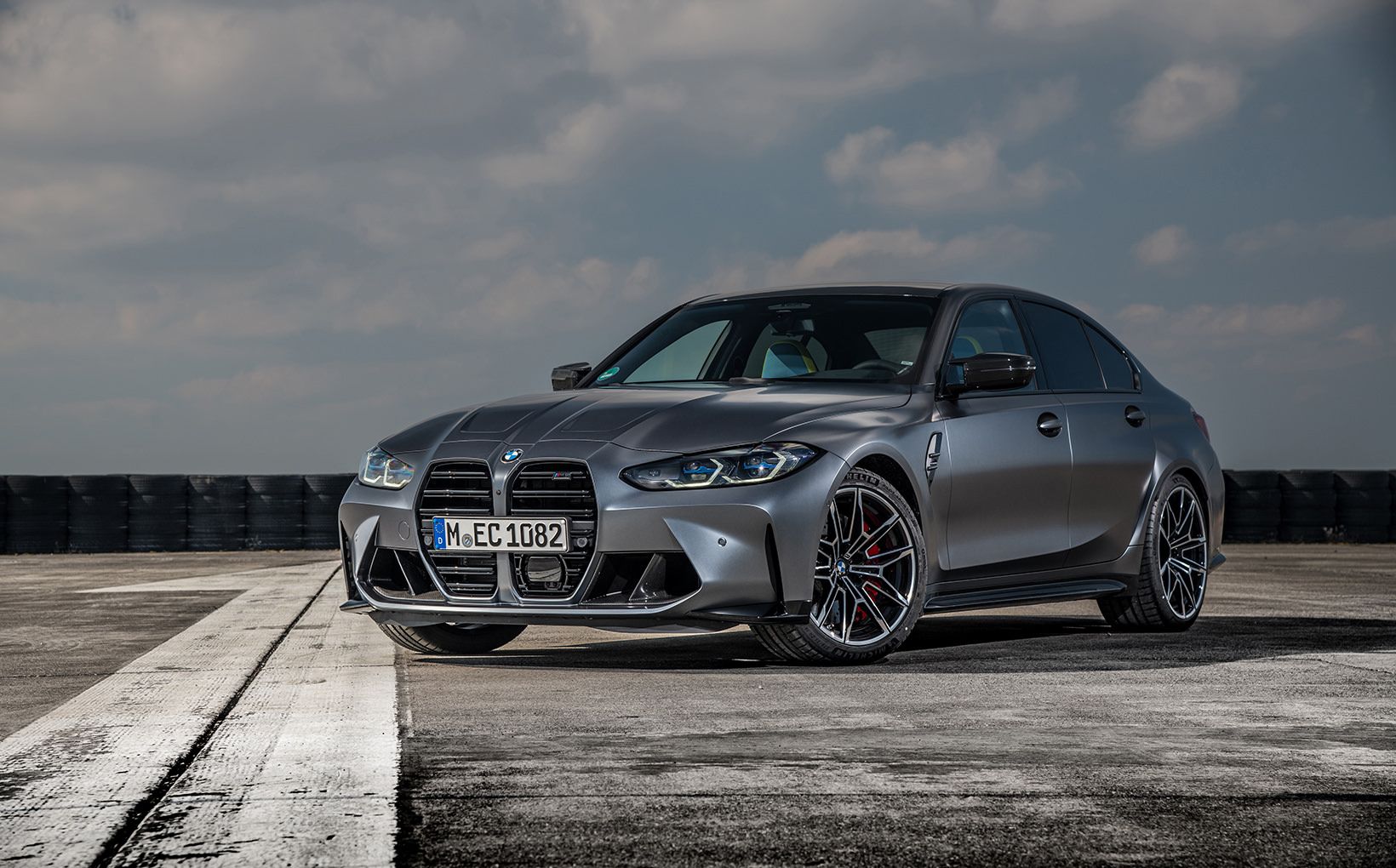 M5 Competition drivers might want to keep an eye out for that menacing front end when they pull up at the lights towards the end of the year.

Set to only be available on the more potent Competition variants, BMW Australia says the M xDrive system shaves almost half a second off the rear-wheel-drive Competitions’ 0-100km/h time, stopping the clock in just 3.5 seconds.

It’s not as if the xDrives have any more power than the regular Competitions – the twin-turbocharged 3.0-litre straight six-cylinder still produces the same 375kW/650Nm as before – the extra performance is purely the result of all that extra traction. 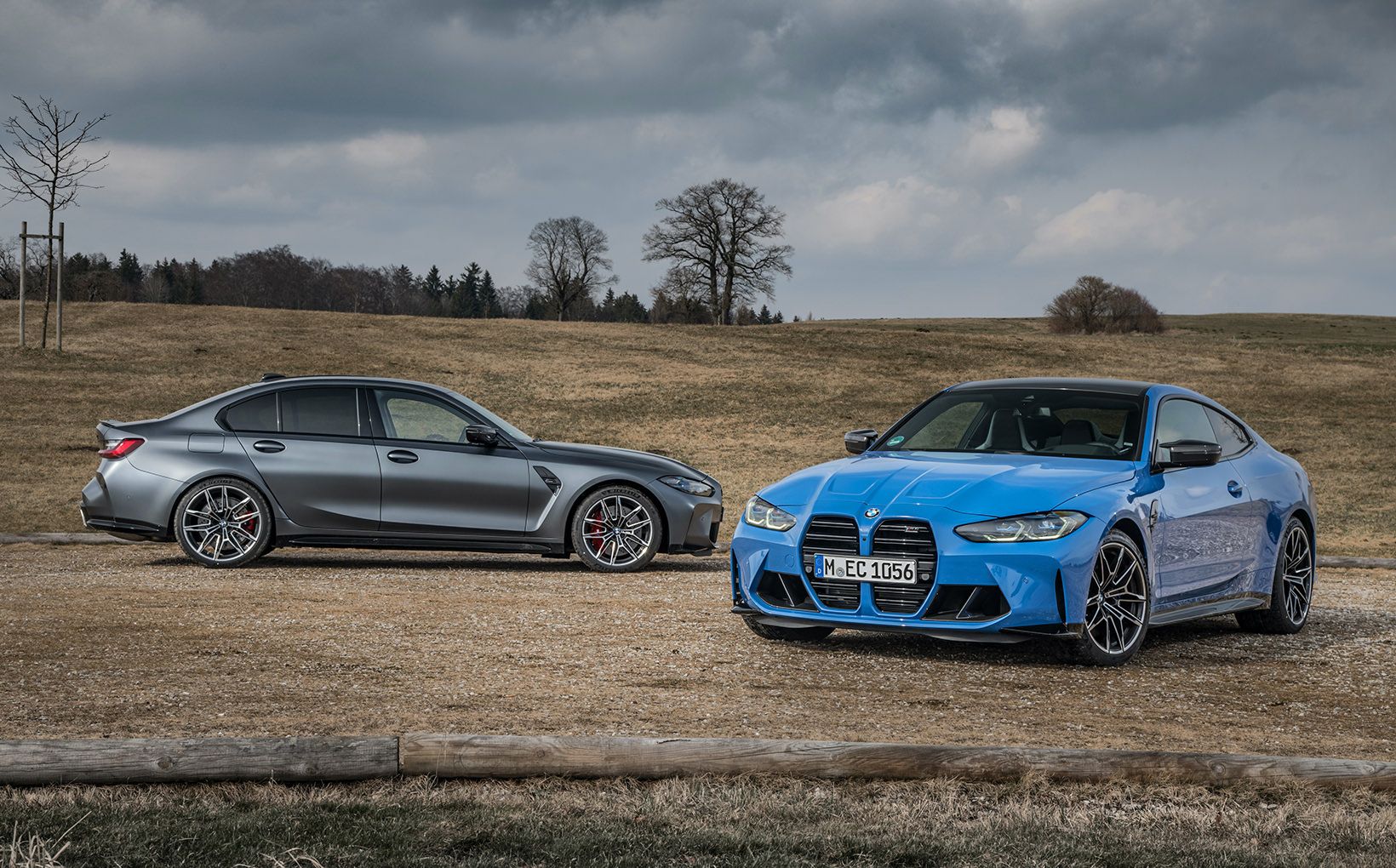 These mid-sized twins will do 0-100km/h in a supercar-scaring 3.5 seconds.

Fitting the all-wheel-drive system wasn’t exactly a straightforward job for BMW with the vehicles’ underpinnings needing to be considerably reworked and optimised in order to accept all the extra hardware and components.

While changes under the bonnet are far from abundant, the brand’s M engineers set about adding a double-joint spring strut front axle, adapting the front-axle geometry, and speccing an individually tuned steering ratio and revised oil supply system.

Naturally given all the extra engineering that has gone into the xDrives, you can expect them to cost more than the regular Competitions when they arrive in Australia towards the end of the year. 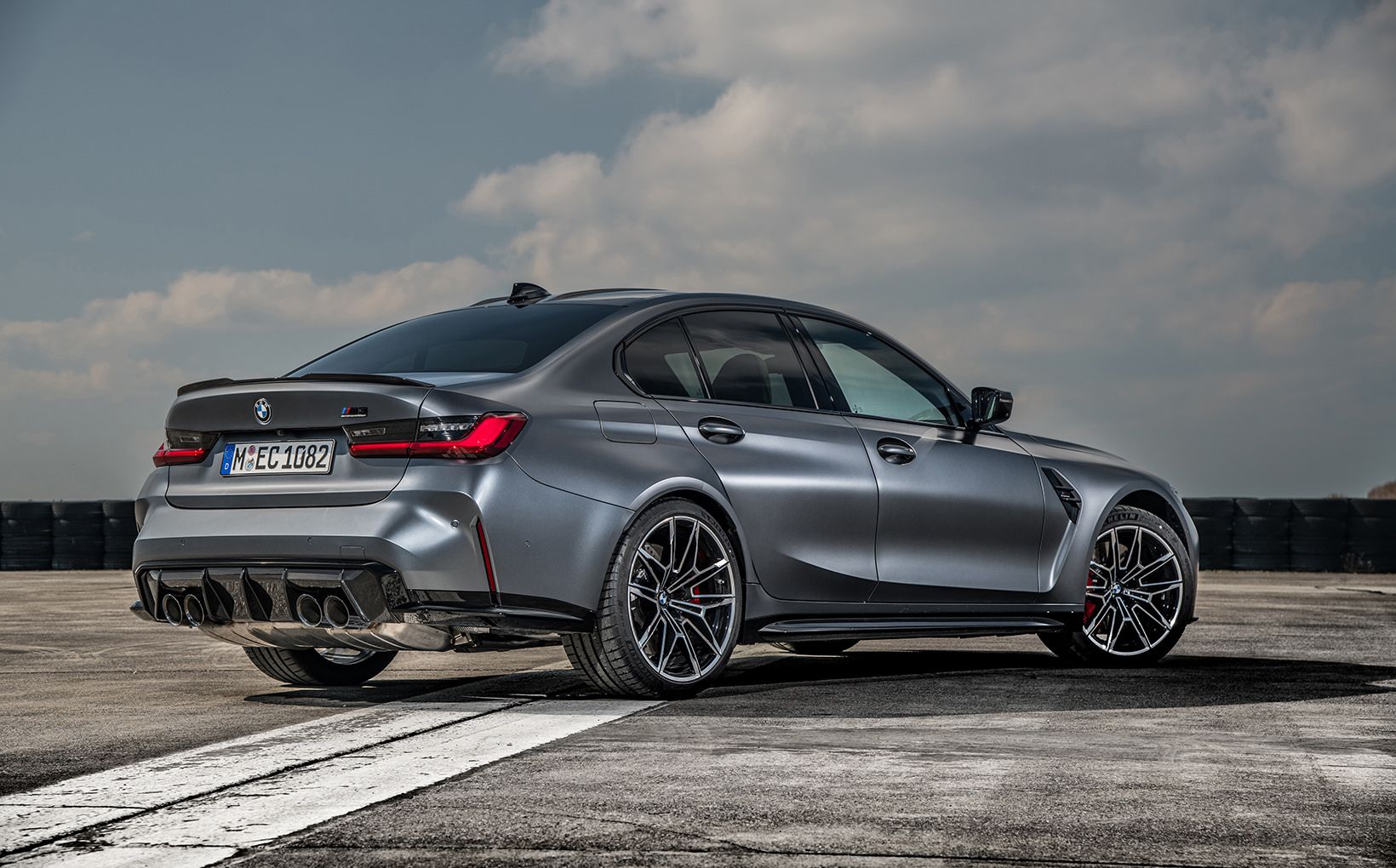 For those tempted by the extra performance off the line but are worried about the ‘purity’ of a rear-wheel-drive set-up going missing, fear not for BMW has taken a leaf out of Mercedes-AMG’s book and made it possible for drivers to essentially switch off the all-wheel-drive system and channel all of the drive solely to the rear axle.

‘2WD’ mode as it’s officially known is just one of three different modes for the M xDrive system, the others being ‘4WD’ and ‘4WD Sport’ which largely do what they say on the tin.

Not forgetting the M3 and M4’s heritage and almost legendary balance, the torque split even in 4WD mode is rear-biased with the name of the game being to maximise traction without sacrificing fun or dynamics. 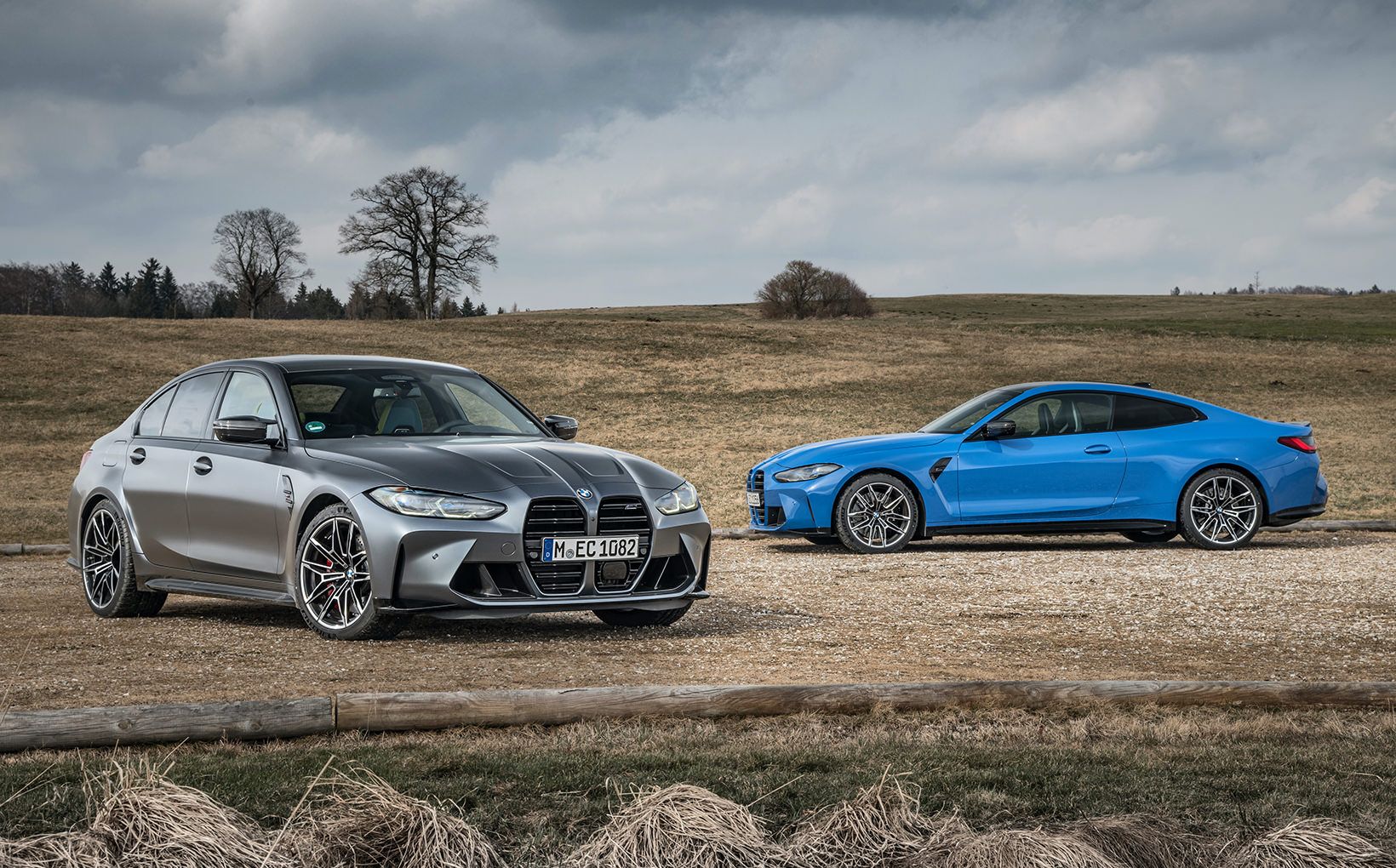 A fair bit of reengineering has gone on under the skin.

“The objective is to produce a supremely dynamic driving experience that blends the customary M feeling with noticeably enhanced traction and directional stability,” BMW said in a statement.

4WD Sport ramps up the rear bias even more while 2WD is self-explanatory.

Whatever the drive mode, the M xDrive system is supplemented and supported by a 10-stage traction control system with drivers able to configure and store their preferred set-up via either of the M1 or M2 individual functions. 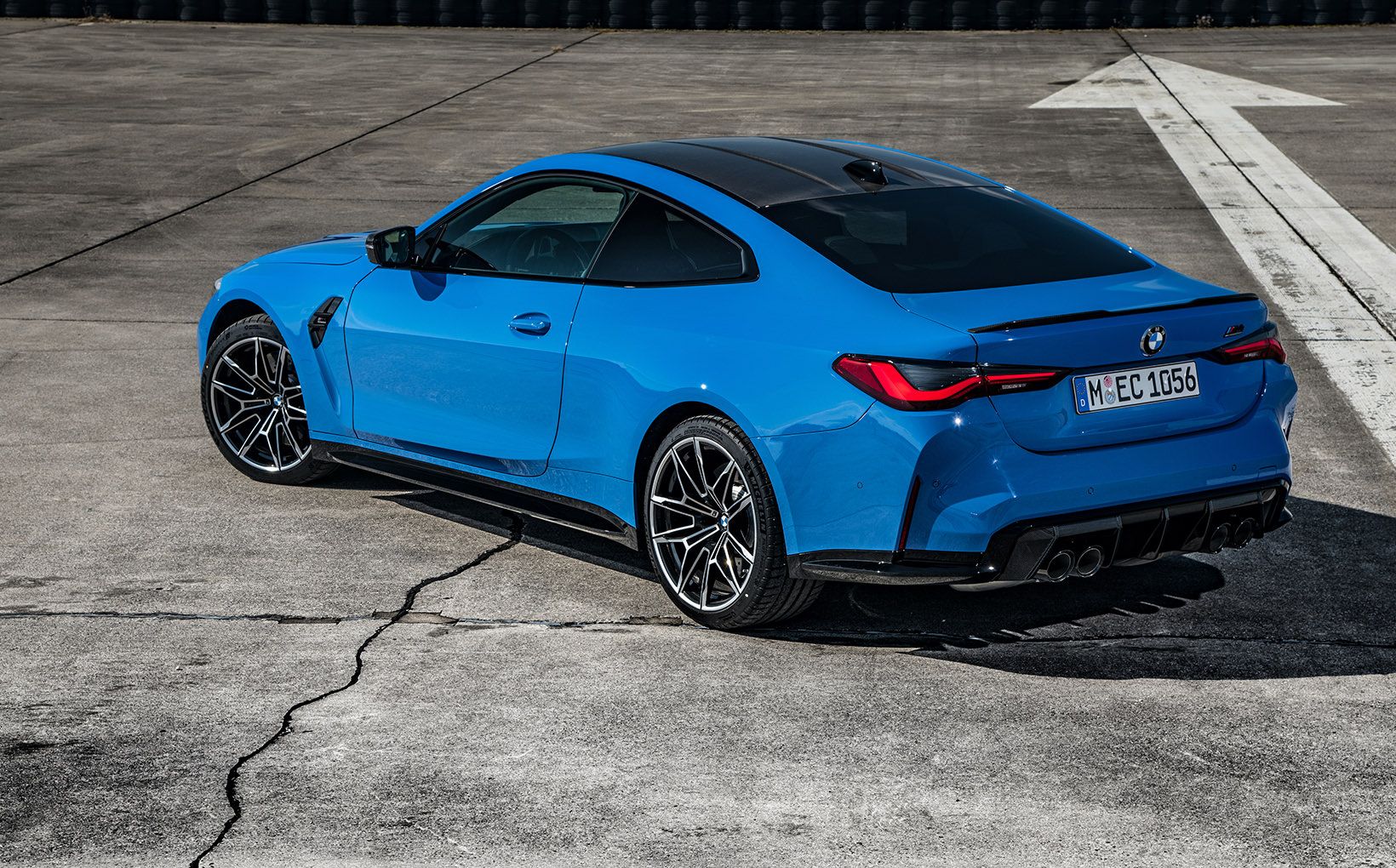 More engineering will almost certainly result in a bigger pricetag.

With all this new-found grip, performance and all-weather capability, it will be interesting to see if BMW can sway any aspiring or established Audi RS buyers away from the RS4/5 with even more headaches for the Ingolstadt brand following confirmation BMW Australia has its hand firmly up for the looming M3 Touring (wagon).

Once the Competition xDrives do touch down here, there will be no less than seven M3/M4 variants offered in Australia with the convertible M4 also expected to arrive by the end of the year, and we haven’t even mentioned the rumoured CS and/or CSL versions…

For comparison’s sake, Mercedes-AMG and Audi currently offer three variants of their respective C63 S and RS4/5s while Alfa Romeo only offers a single (full-time production) version of the Giulia Quadrifoglio. 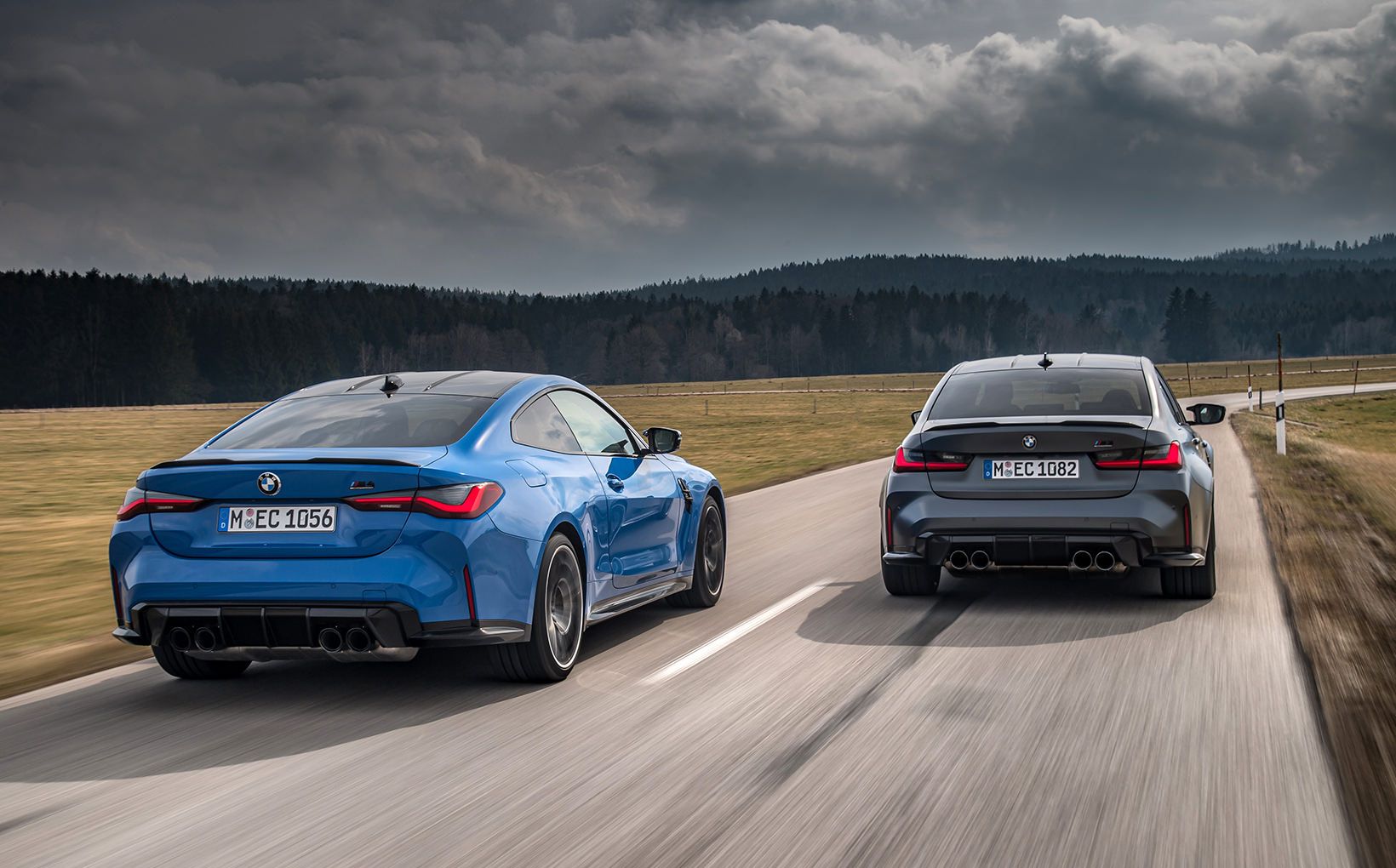 The ball could well be in Mercedes-AMG and Audi RS’ courts now.

BMW M has thrown down the gauntlet, now let’s see how the others respond…