It wasn’t all that long ago that the world was quivering at the thought of electric vehicles (EVs) becoming the norm; bland, boring, unengaging boxes on wheels with no character.

Thankfully though, car manufacturers have proved the cynics well and truly wrong, churning out some of the fastest, most stylish and capable cars ever to have graced the world’s roads.

Following on from a spate of recent premium releases – Jaguar I-Pace, Porsche Taycan, all of the Teslas and the just-revealed Audi e-Tron GT – BMW is set to get amongst the performance EV action, revealing some of the key stats of its upcoming i4 Gran Coupe. 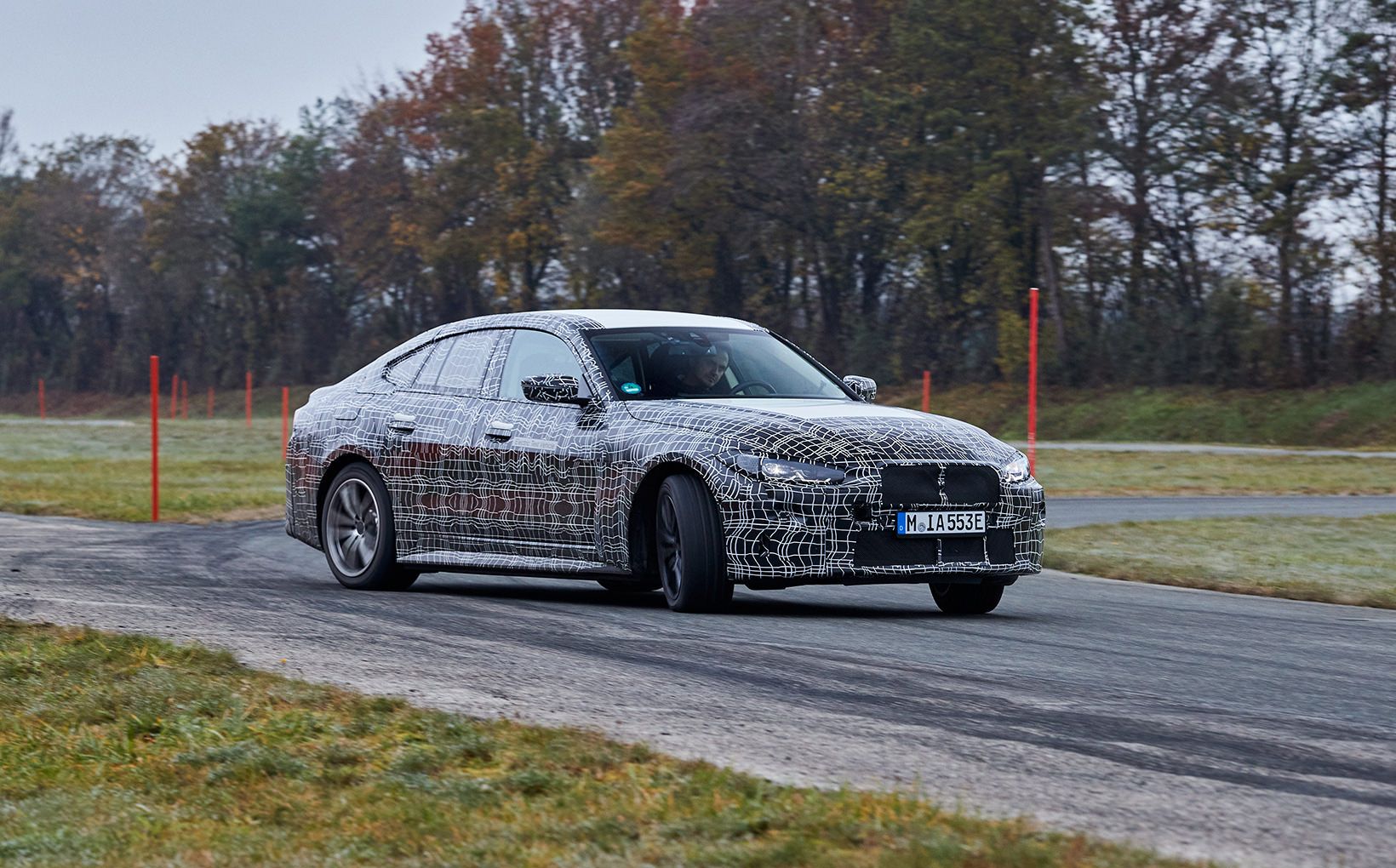 The i4 is BMW’s first entry into the performance EV market.

The headlight figures largely speak for themselves; 390kW, all-wheel drive and 0-100km/h in 4.0 seconds.

It’s fair to say BMW has the i4 pointed squarely at the throat of the brand-new Audi e-Tron GT quattro and what’s more, this isn’t even the performance version.

This non-M electric family four-door has more firepower under its would-be bonnet than the new-generation M3 and M4 Competition twins and while its torque figure is yet to be revealed, it’s likely to also put the force-fed sixes in the shade. 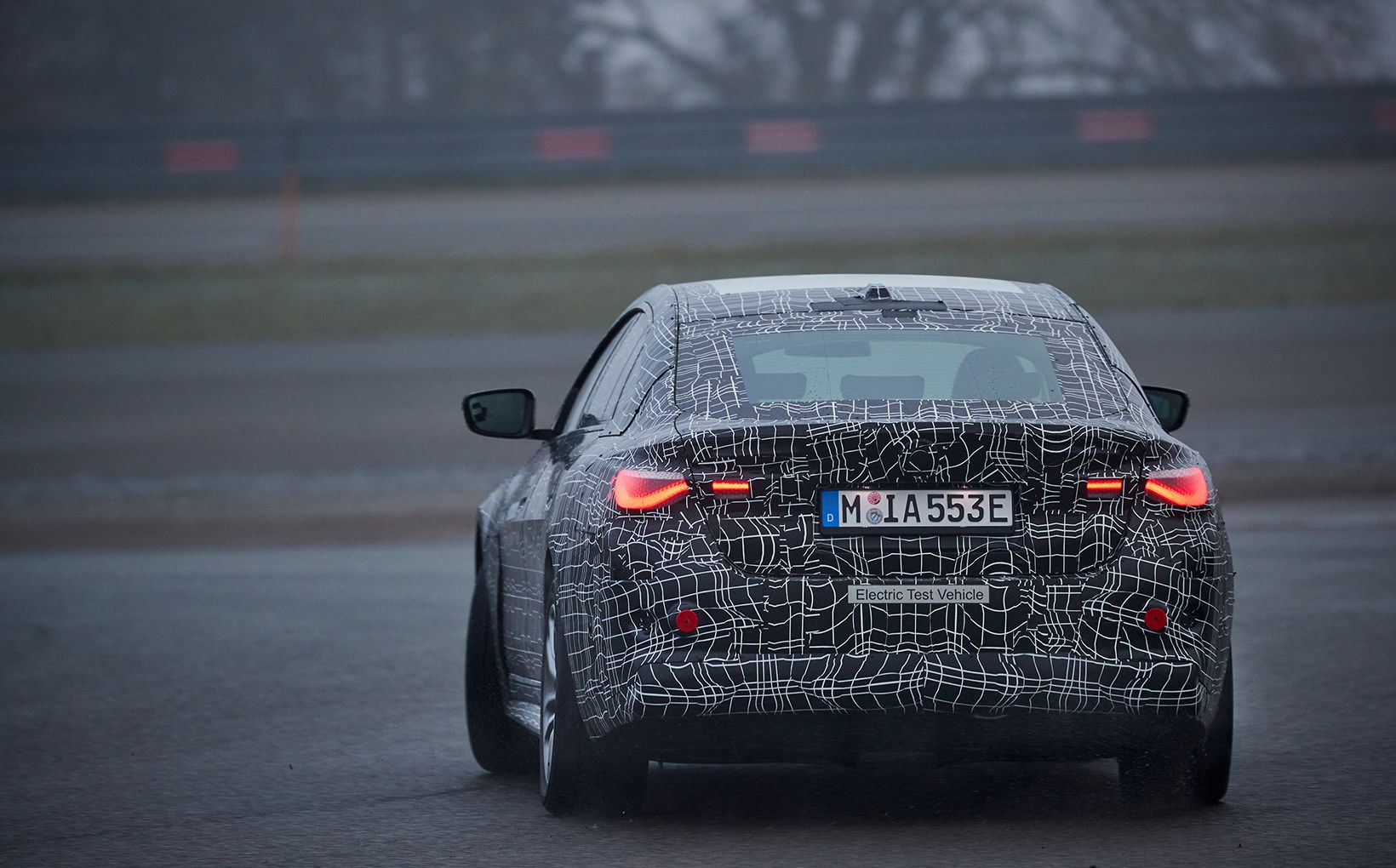 More importantly, it trumps the 350kW peak power output of the Audi e-Tron GT quattro, however it remains to be seen if the M Performance version can get close to the 440kW/830Nm generated by the RS e-Tron GT.

The inclusion of the ‘Performance’ nomenclature when mentioning the subsequent M version is an important distinction for BMW as the hot version will not be a fully-fledged M car like the M3 or M5, but something more along the lines of the semi-skim M340i and M550i – performance vs high-performance.

According to BMW M CEO Markus Flasch, the genuine high-performance EV technology currently being explored is still several years away at least. 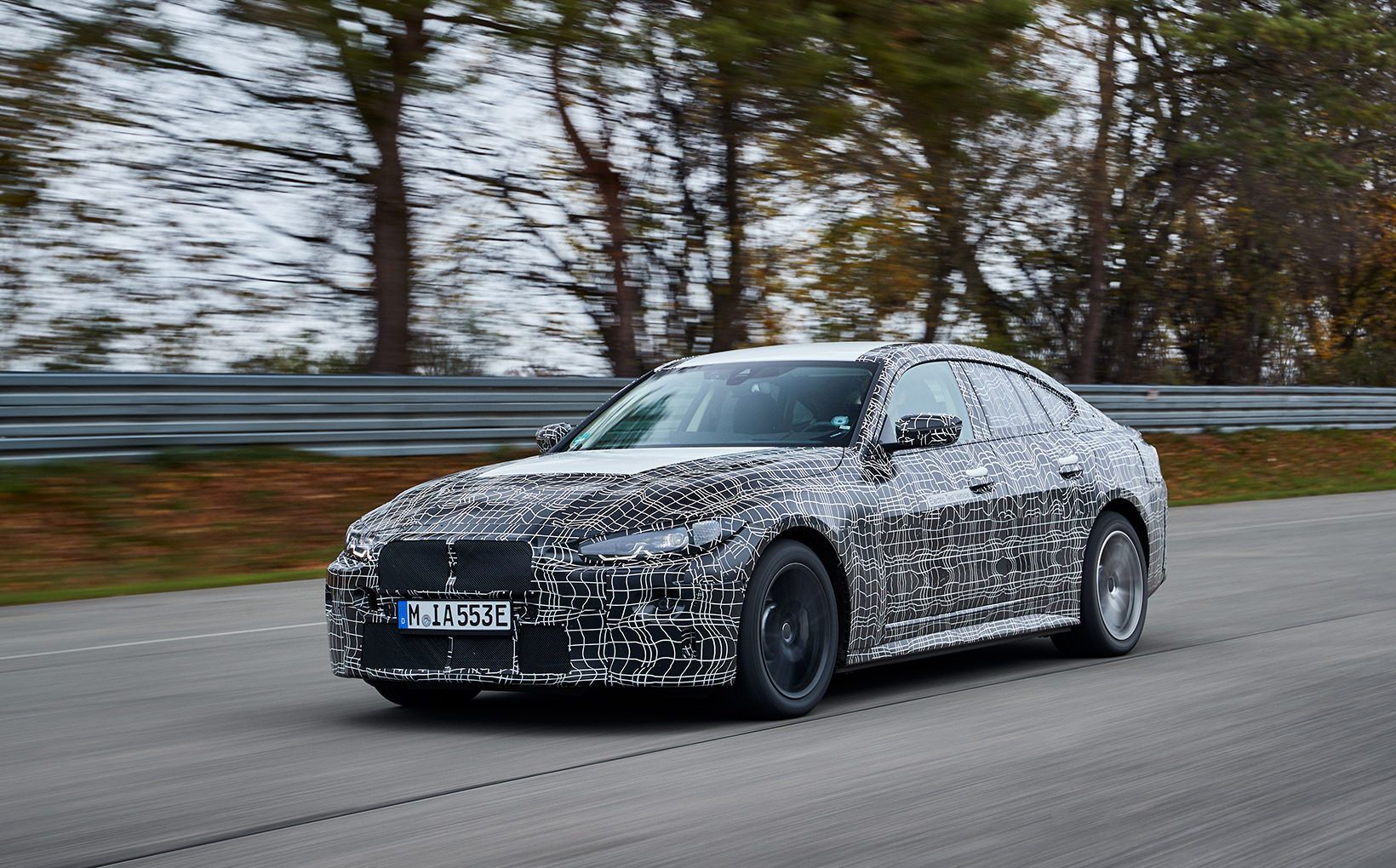 There is even an M Performance version in the works, but not a full fat M… yet.

“Weight will play a significant role in that and then of course driving dynamically; chassis controlling, powertrain controlling; there are opportunities within electrified powertrains, very much in the control systems and this is something that needs further development,” Mr Flasch said.

Back to the standard car – engineers say that despite the i4’s performance credentials, the electric Gran Coupe is aimed first and foremost at long-distance comfort and day-to-day use, possessing a claimed range of up to 600km on the WLPT cycle. 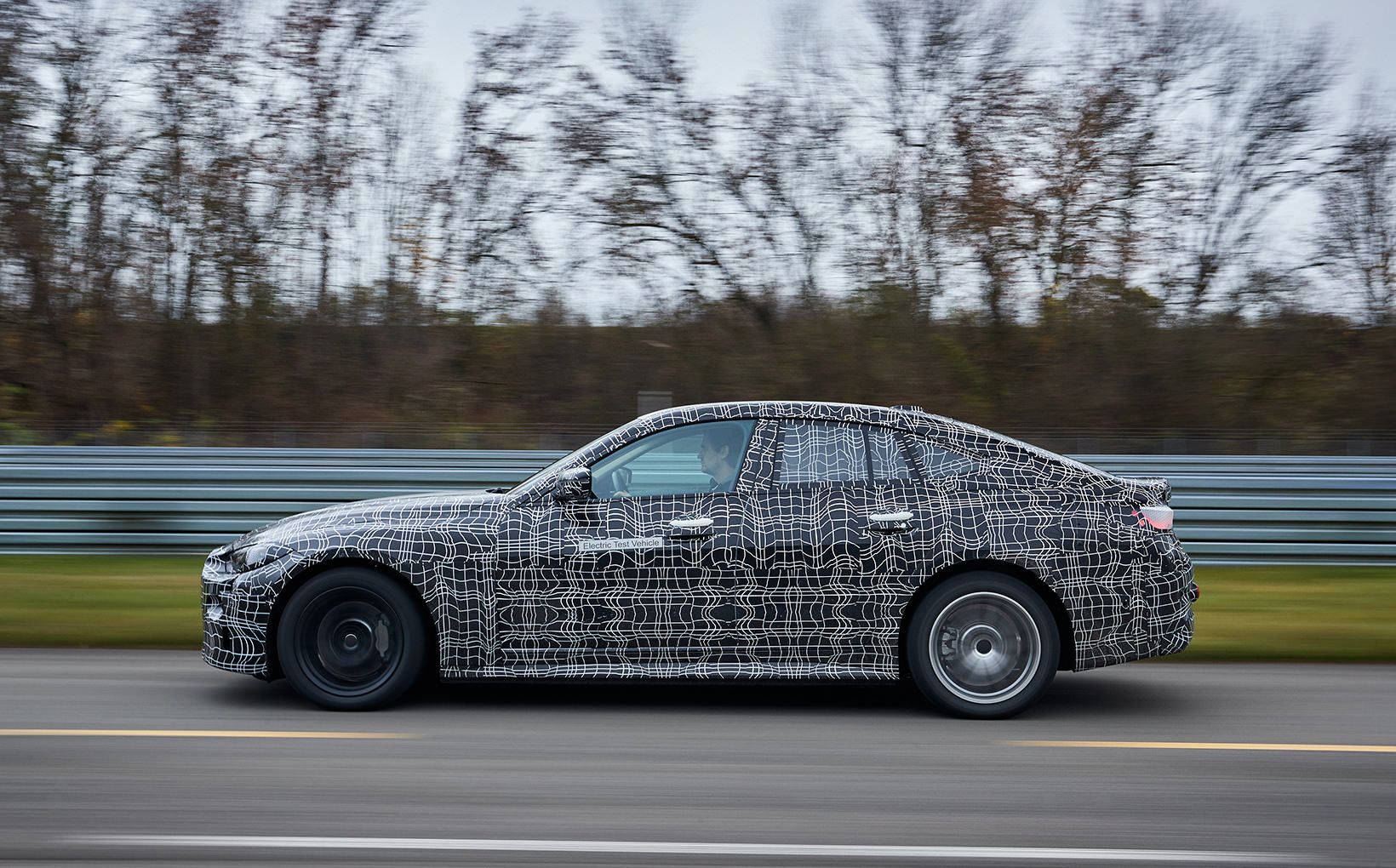 The i4 will blend performance with day-to-day usability and boast a 600km range.

Just like its e-Tron rival, the i4 will still possess more than a sporty bent to its abilities but it will deliver that bent in a “mature” and “premium” manner.

“The BMW i4 conveys the feeling of being light and agile yet also solid and authoritative. 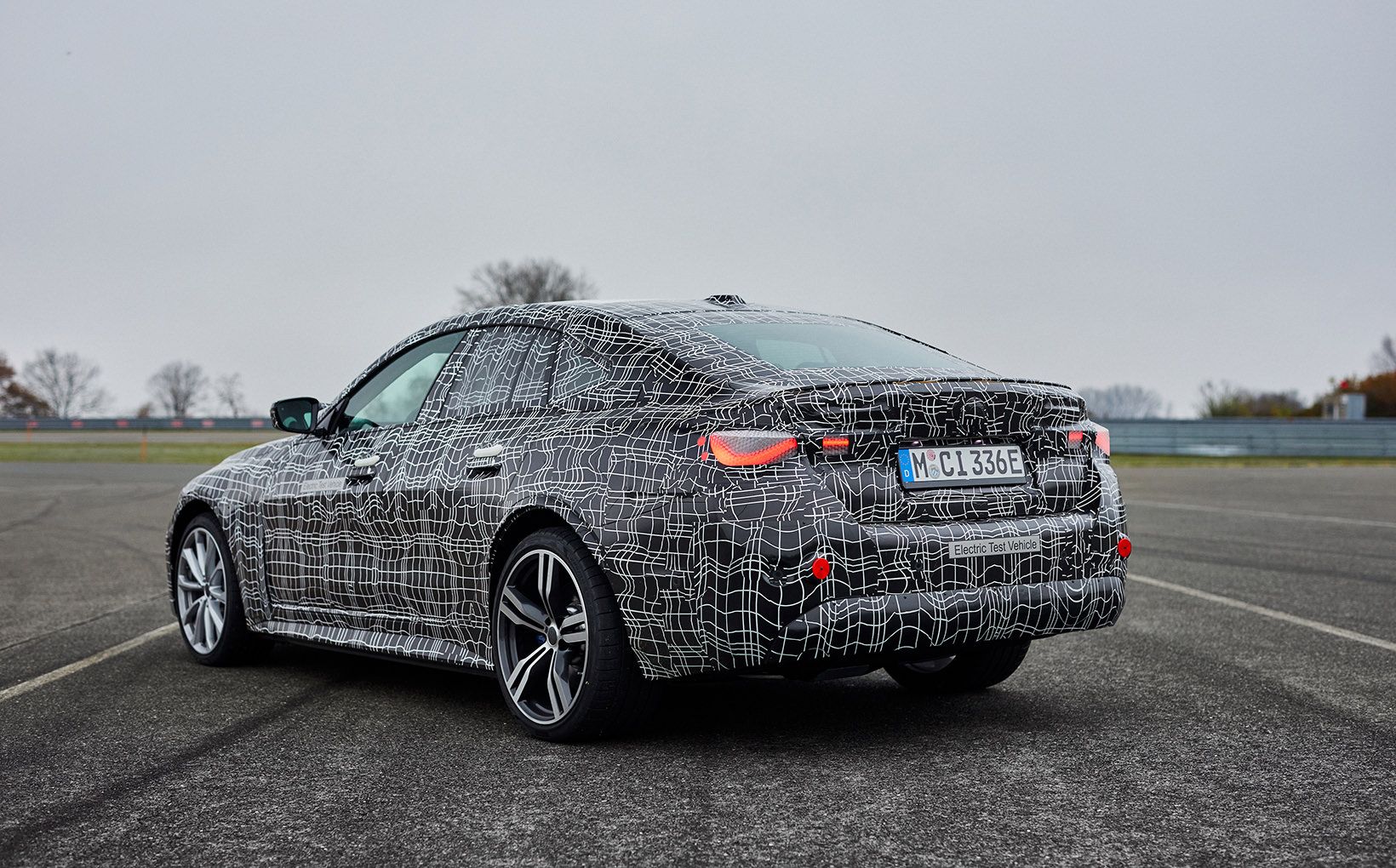 “With its superior directional reliability and high level of cornering stability, it seems to literally attach itself to the road.

“All electric vehicles are capable of fast straight-line acceleration. But that’s not enough for us at BMW.”

Given its inevitable weight penalty over the next-gen BMW 4 Series Gran Coupe with which it will share its platform, the i4 will boast plenty of model-specific components and tunes, including its own damper technology, unique camber values and a lower centre of gravity than its eventual internal-combustion counterpart. 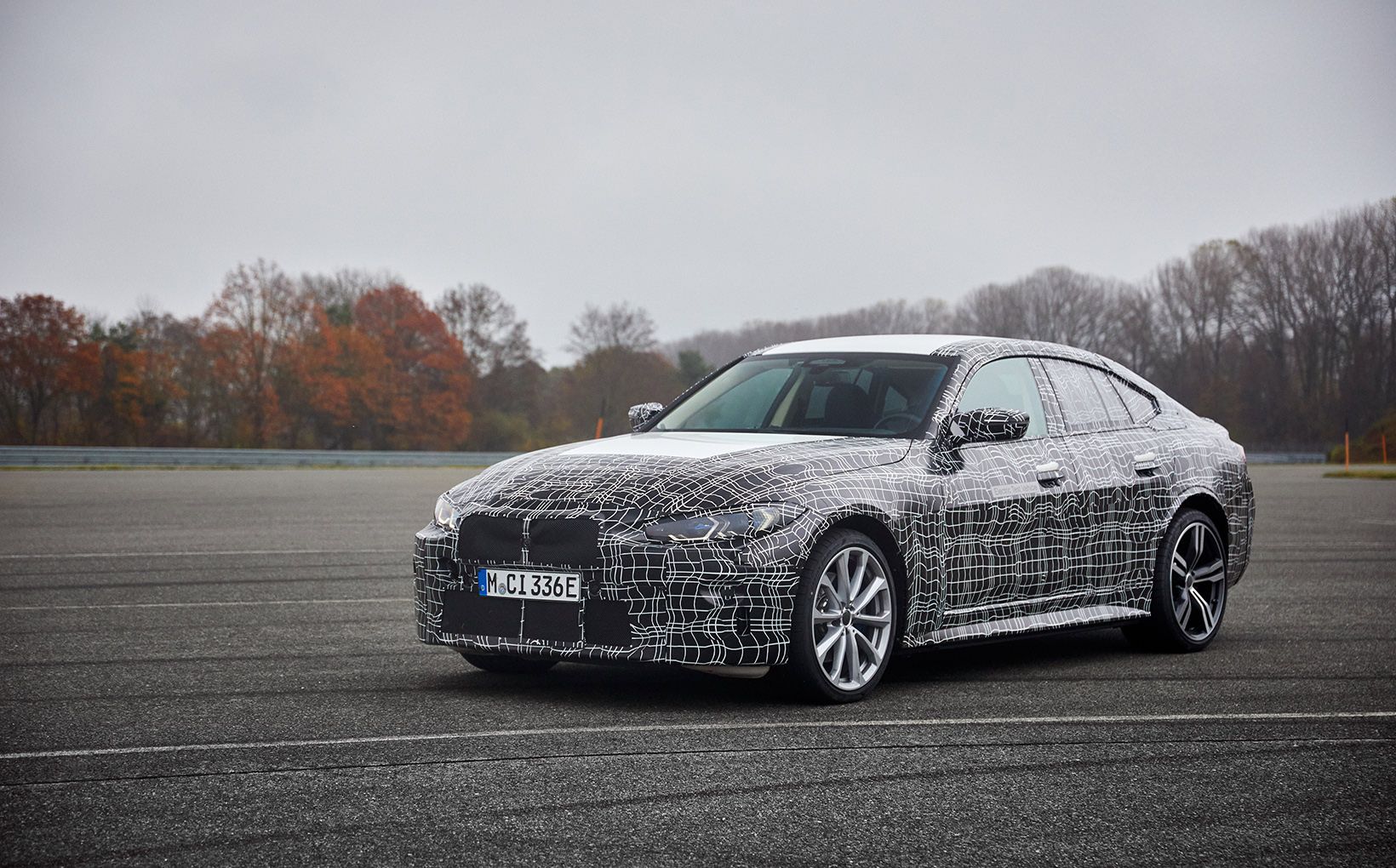 Is there a vertical kidney grille hiding under that camouflage?

Not too many other details are known about the i4 at this stage with its official reveal set to happen in the next few months before the M Performance version emerges most likely in the second half of the year.

What it will look like could ultimately be anyone’s guess given BMW’s knack of spicing things up recently – need we refer you back to the new 4 Series?

The safe bet would be to take the brand at its word and assume it will feature the familiar twin-kidney front fascia with a faux lower intake as alluded to by the heavily camouflaged prototypes shown in the imagery here. 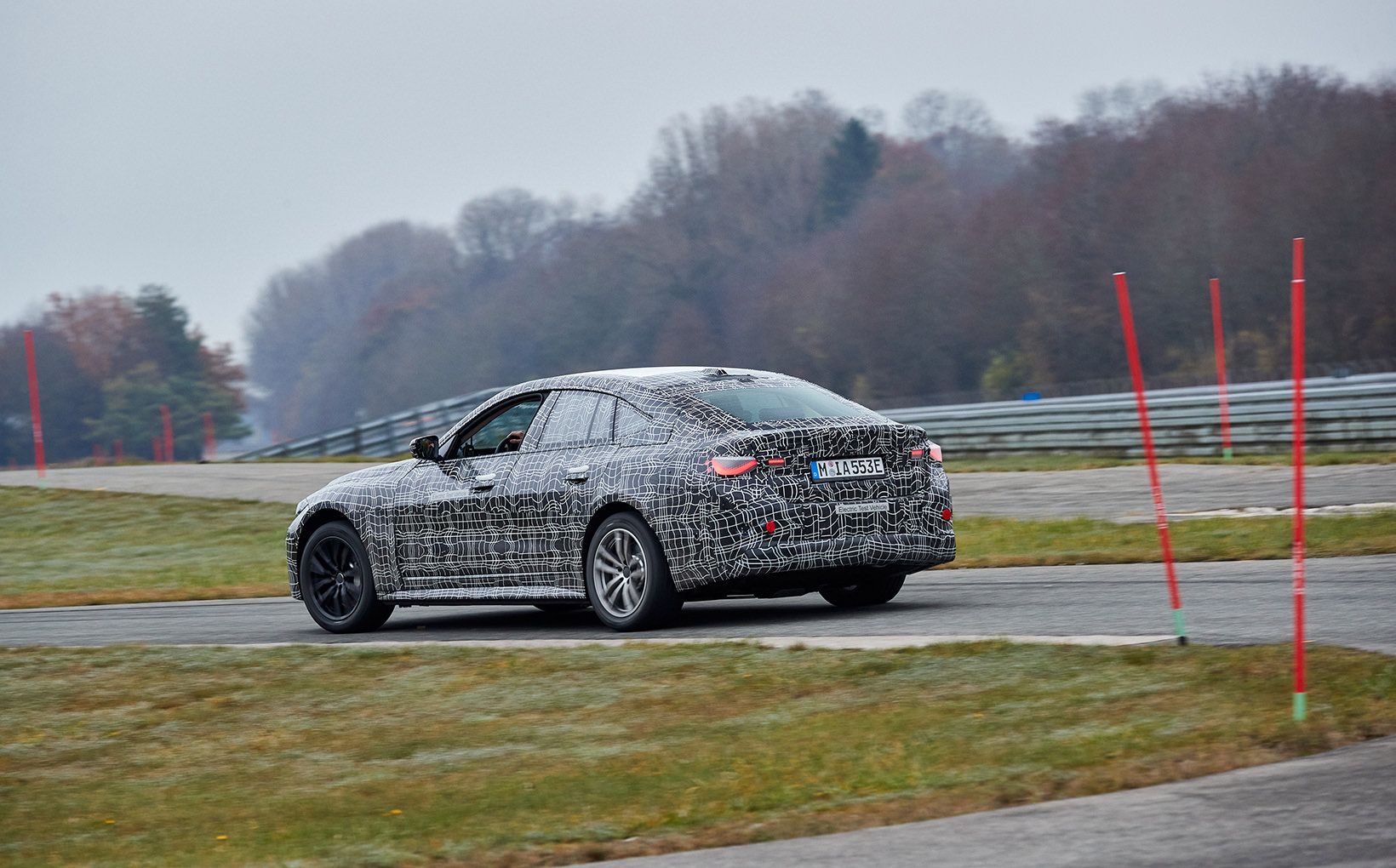 Nobody can accuse EVs of being boring with cars like this, the Porsche Taycan, Jaguar I-Pace and Audi e-Tron GT on the market.

We think the i4 will actually brandish another take on the controversial vertical kidney grille as seen on the 4 Series and iX SUV, a move which would pay homage both to its 4 Series origins as well as its electric drivetrain.

Either way, it’s almost guaranteed to be a hoot to drive and the future of motoring is looking very alive and fun indeed.