There used to be a time where in order to achieve the pinnacle of road-going performance, you would require something with two doors, an engine mounted mid-ship and a level of practicality that had you praying there was something else in the garage to drive day-to-day.

However those days are now behind us, with car-makers constantly innovating to the point where you can produce supercar-scaring performance from vehicles originally intended as plush, comfortable family sedans.

The BMW M5 Competition fits squarely in that mould – a luxury executive sedan made for the boardroom member that can be taken to the track on the weekend and keep up with the best the automotive industry has to offer. 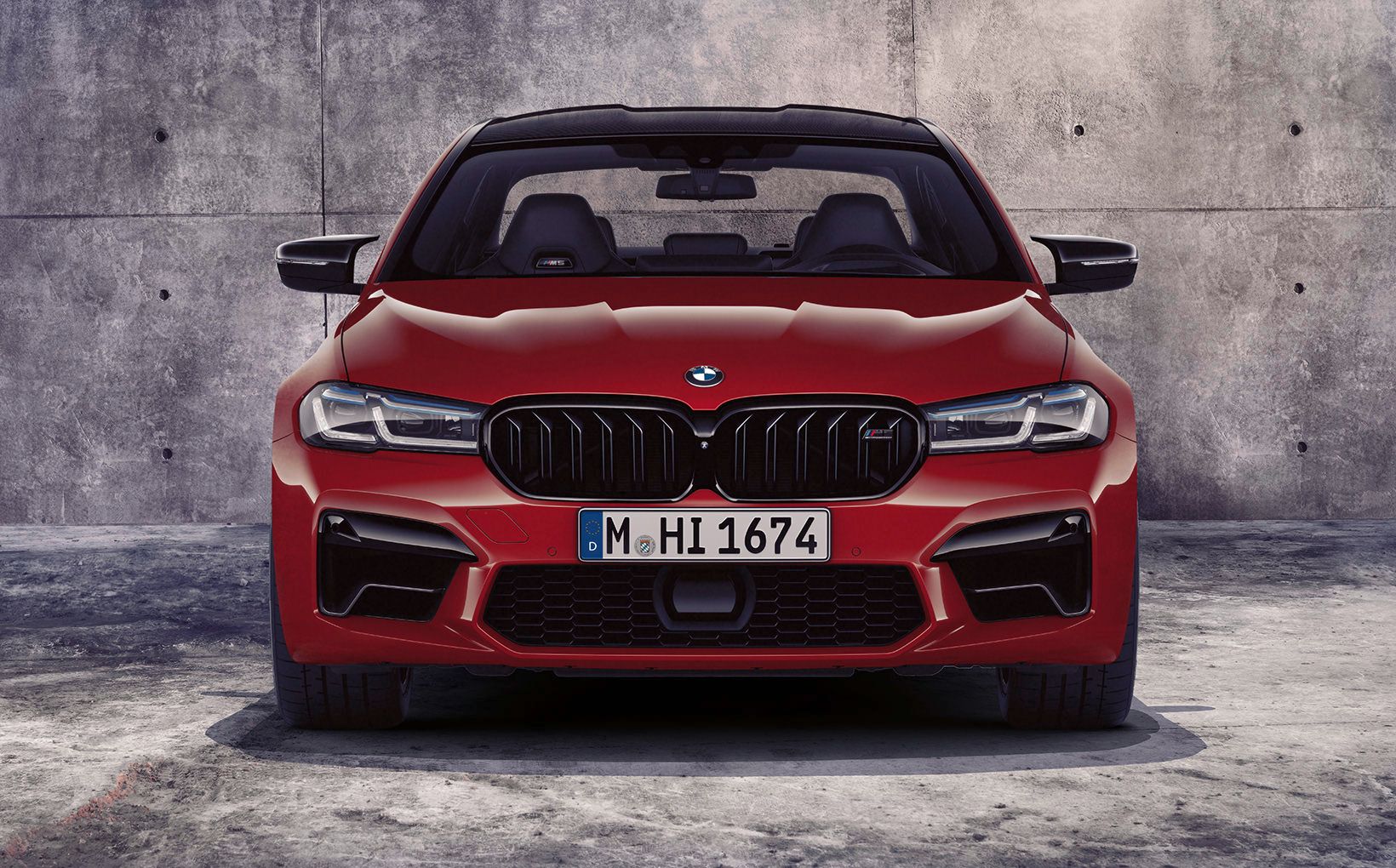 Arriving in Australia in current-gen guise in November 2018, the M5 Competition is now ready for a mid-life update that will touch down in local showrooms in October, ushering in refreshed styling and some changes under the skin that further enhance its dynamic prowess.

Like the rest of the 5 Series range, the M5 Competition bears restyled LED headlights that now feature an L-shaped motif similar to its 7 Series big brother, while the signature kidney grille (finished in black on the M5) has been made longer and wider, to give the front end a greater sense of width.

Tail-lights have also been reshaped, while the black finish of the grille also extends to the diffuser, intake and side gill mesh, wing mirrors, boot spoiler, badging, exhaust tips and 20-inch alloy wheels. 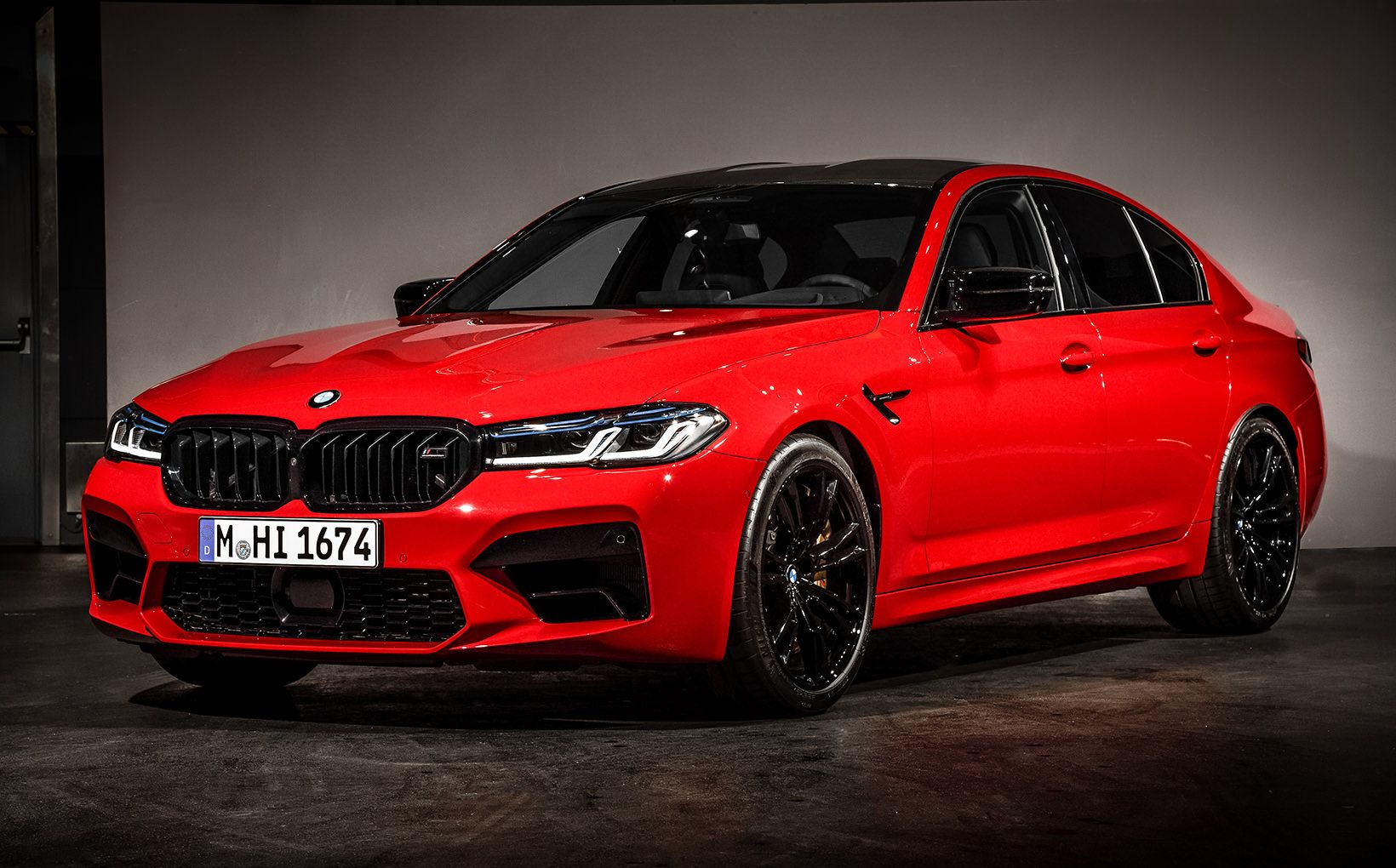 The updated version is clearly distinguishable from its predecessor thanks to a number of styling tweaks.

Keen trainspotters may also notice the M5 sitting slightly closer to the ground – 7mm to be exact – due to new, upgraded shock absorbers borrowed from the M8 Competition Gran Coupe, which join a range of other “well-conceived tweaks to the suspension and springs”, according to BMW. 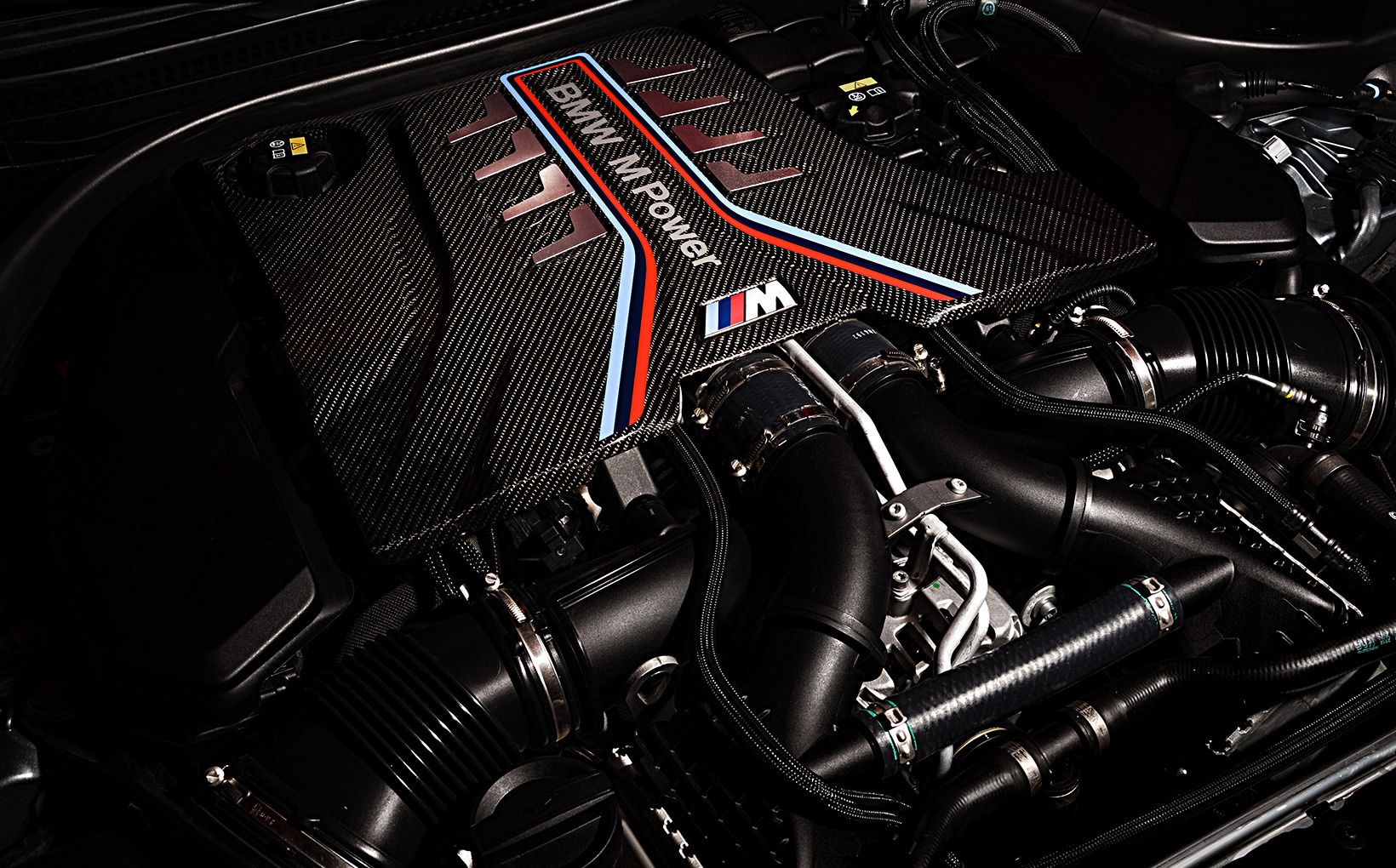 Putting all that power to the ground results in a sprint from standstill to 100km/h in a seriously rapid 3.3 seconds, before going on to hit 200km/h in 10.8s and a top speed of 305km/h.

Like before, an eight-speed automatic transmission is employed, which sends power to all four wheels via BMW’s rear-biased xDrive all-wheel-drive system.

Inside, BMW has enhanced the cabin of the M5 Competition with a number of new features including a bigger infotainment touchscreen, which has grown from 10.25 inches to 12.3 inches in an effort to make the cabin more “driver-centric”. 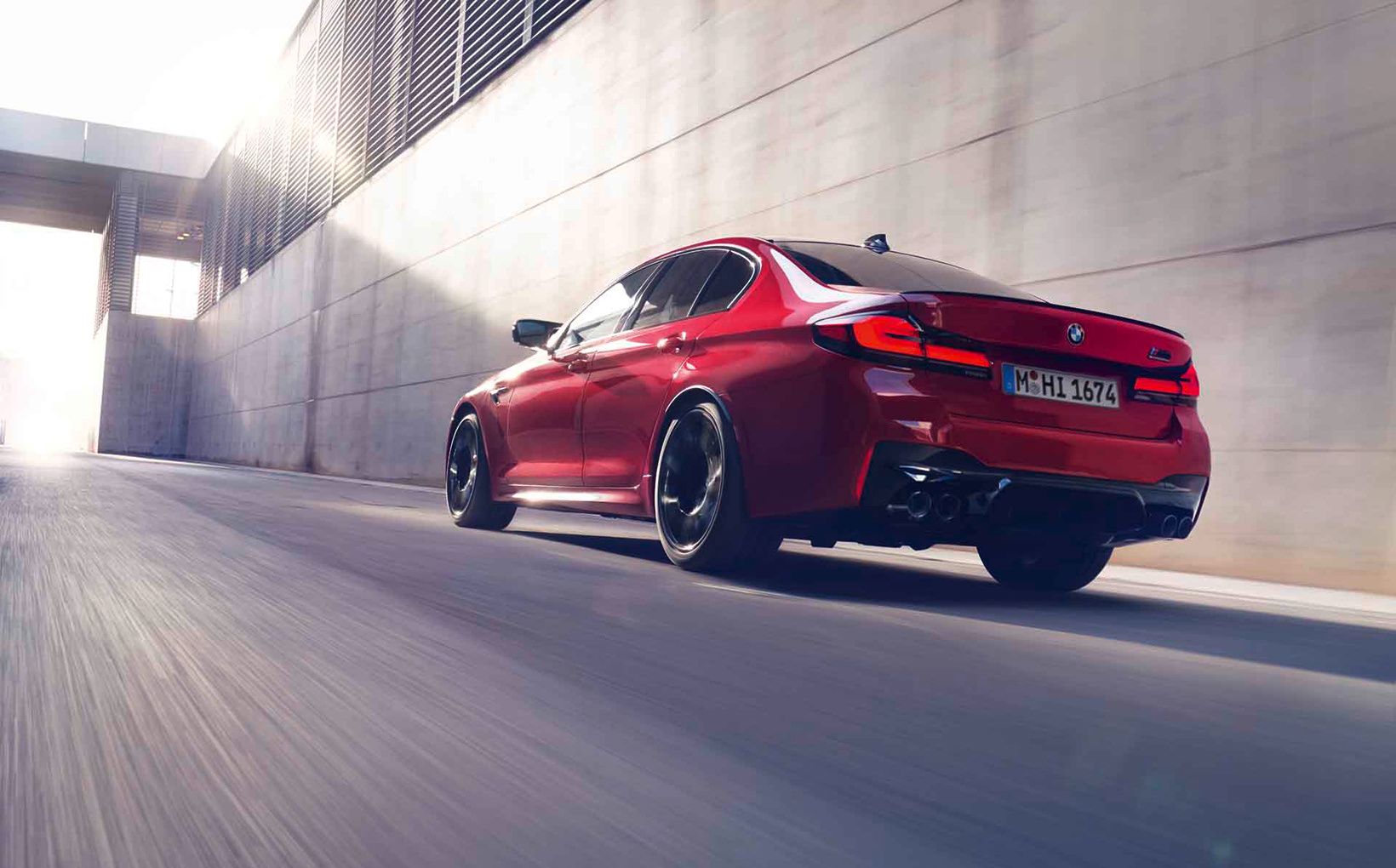 Reaching 100km/h from standstill takes only 3.3 seconds, enough to make supercars think twice before taking it on.

Furthermore, a new drive mode selector borrowed from the M8 Competition has been fitted allowing driver’s to quickly toggle Road and Sport drive modes, with a shortcut in the infotainment system allowing drivers to tailor the modes’ settings to their liking.

And for those who want to push the M5 Competition’s dynamic abilities to their limits, a new Track mode is available which disables all of the traction aids, turns off the infotainment screen and mutes the audio so the driver can devote all their attention to tyre-shredding, grin-inducing hooning… on a track obviously.

BMW has said pricing and local specification will be announced closer to its arrival in October, however for reference, the outgoing version asked $234,900 plus on-roads, so expect a slight price rise over the current version. Better start saving those pennies! 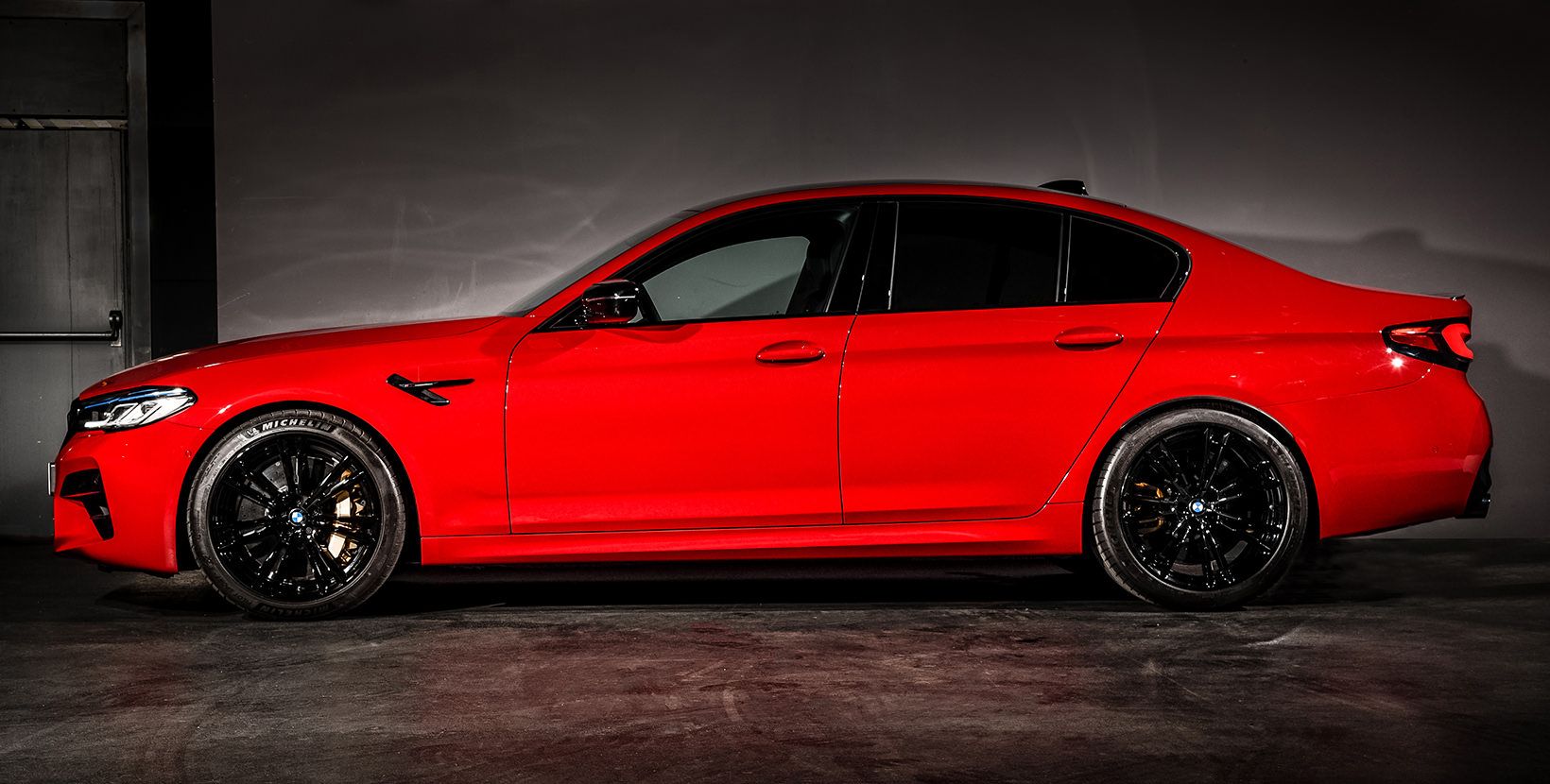 Upgraded suspension sees the M5 Competition sit 7mm lower to the ground than before – beware of steep gutters and speed bumps!

The updated M5 Competition is the only the latest chapter in what has been a long and stories history for BMW’s super sedan, one that started way back in 1984 with the release of the first-ever E28 M5, which marked the first member of BMW’s production car stable to be tweaked to full M performance levels with a 210kW 3.5-litre inline six-cylinder engine.

BMW moved to the now-familiar V8 layout for the E39 generation released in 1998, with the 4.9-litre naturally aspirated bent-eight able to punch out an intimidating 294kW at 6600rpm and 500Nm, punctuated with quad-exit exhaust pipes for the first time. 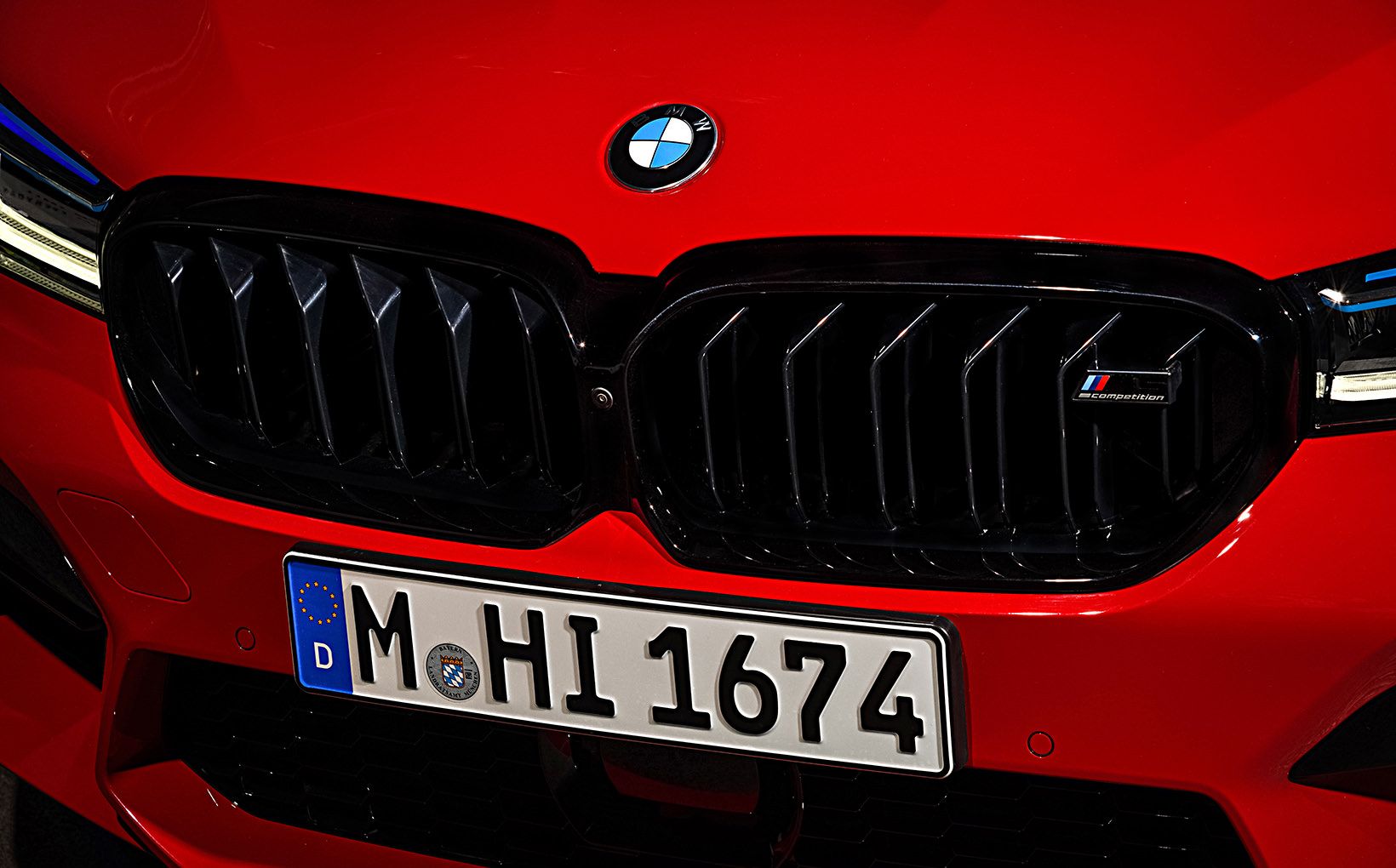 A number of blacked-out features help contribute to the M5’s menacing look.

Arguably the most divisive M5 in history landed in the mid-2000s with the E60 M5, infamous for its Chris Bangle-inspired exterior design and loved for its bahn-storming (but notoriously unreliable) 5.0-litre V10 which punched out 373kW/520Nm and screamed all the way to an 8000rpm redline.

The F10 generation brought to market in 2011 introduced turbocharging for the first time, also bringing the now-familiar 4.4-litre V8 in a 412kW/690Nm state of tune, boosted to 423kW with the arrival of the Competition grade.

The current F90 generation took until late 2018 to arrive in Australia, pushing the performance to new heights with BMW Australia choosing to bring only the hi-po Competition variant to Australia to satiate the country’s seemingly bottomless appetite for performance vehicles. 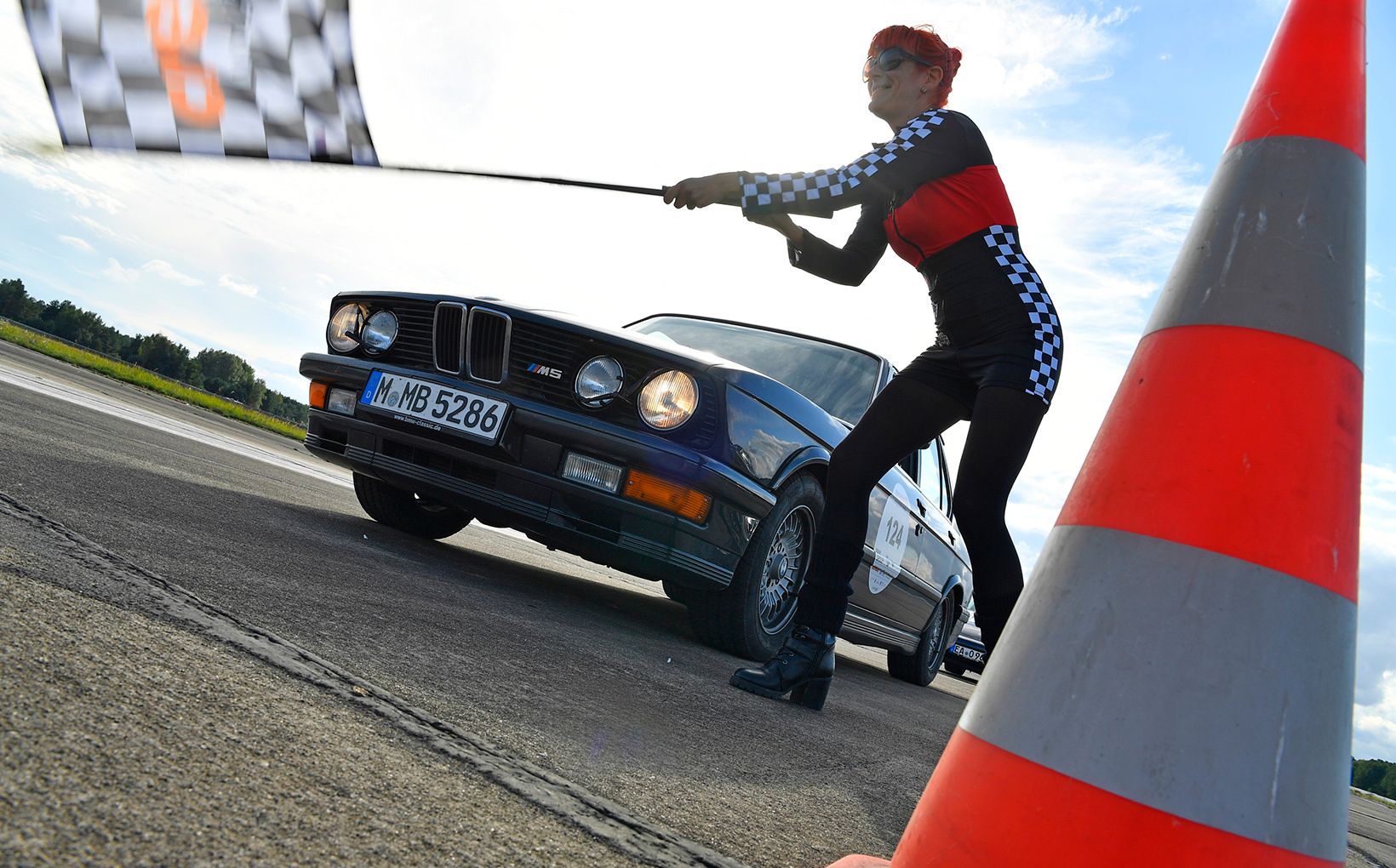 When the new M5 arrives in October, it will continue the legacy that has made it one of the most recognisable and beloved hi-po sedans on the market, and one that will not stop putting grins on the faces of its owners.