THE BMW 2 Series would have to rate as one of the naughtiest cars ever to have come to the market, and the same goes the formerly rear-wheel drive 1 Series it was based on.

Here we have a coupe (and convertible) around the same size as a Ford Focus or Toyota Corolla that, in its more potent forms, could drop some of the fattest and longest skids of any car on the market and ultimately offer up a compact driving experience few could match.

Sure the Volkswagen Golf, Mercedes-Benz A-Class and Audi A3 of the time could comfortably match or even best the little BM in terms of sheer firepower across the range, but none of them have ever boasted rear-wheel drive. 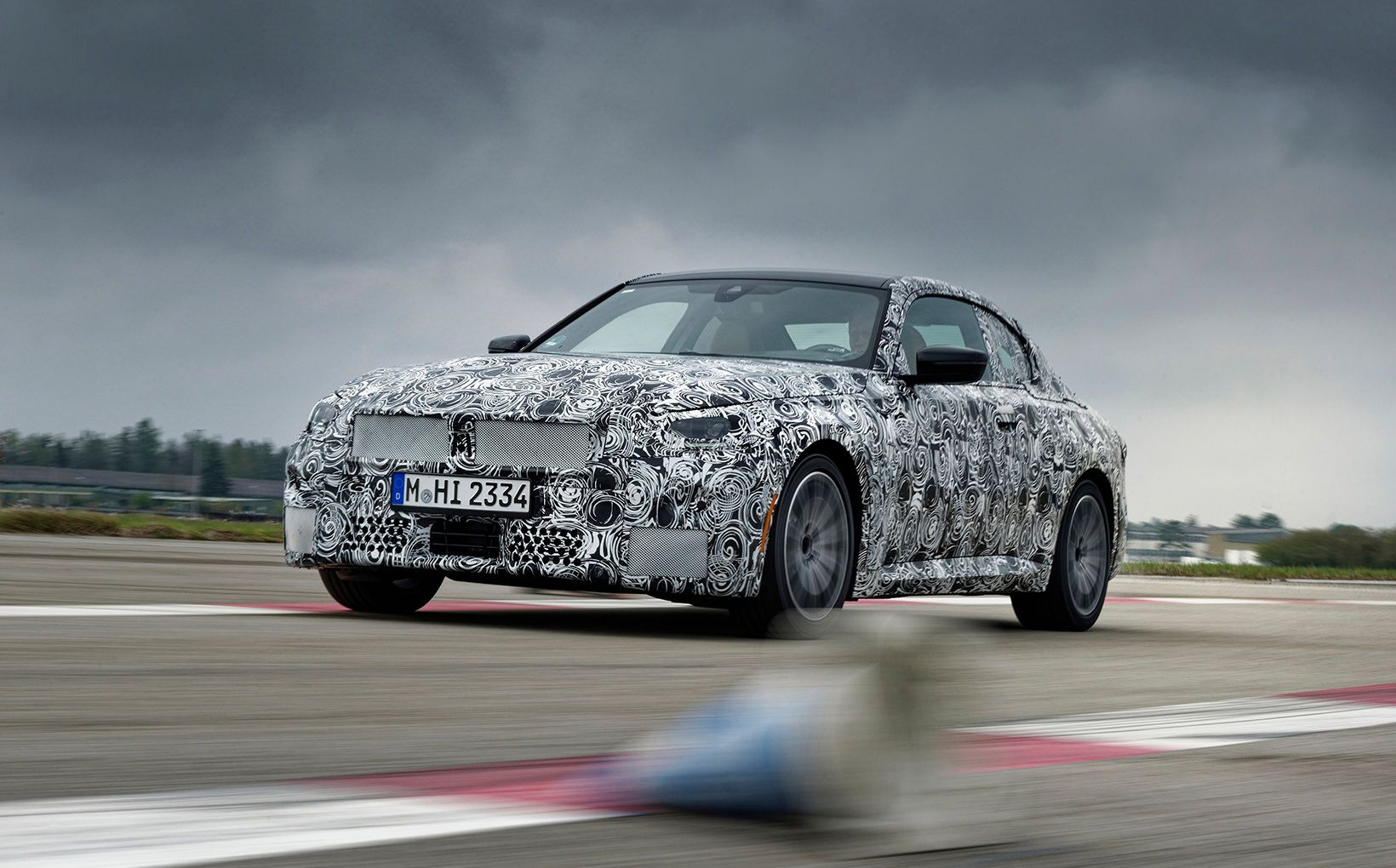 The new 2 Series looks to have grown up a bit, but not too much.

Yes, the Toyota GT86/Subaru BRZ twins are around the same size and also send their power to the rear axle but they can’t match the lower-end 2 Series’ level of luxury and refinement, but for something along the lines of half the price, they don’t have to.

To put it simply, the last M2 and M240i were weapons – genuine pocket rockets, especially the full-fruit M car.

It’s been a few years now since a rear-drive 2 Series was offered in local showrooms but that will all be over soon, with BMW recently revealing that development of the new-generation 2 Series is almost complete, along with some pre-production photos and headline stats. 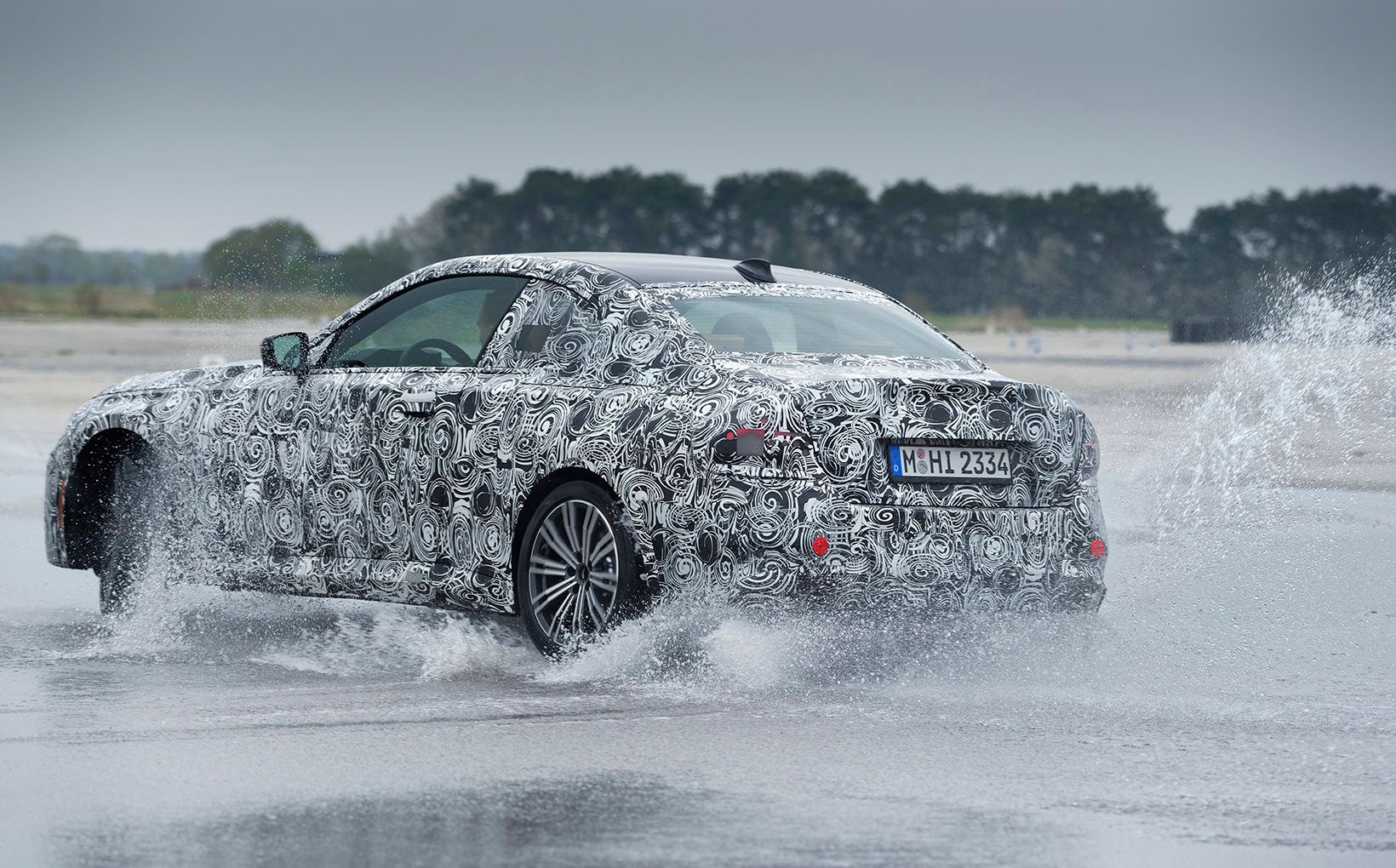 Big power, small dimensions and rear-wheel-drive, the 2 Series has long been regarded as a great compact driver’s car.

Donning the classic cab-back coupe silhouette, it’s unlikely the average punter will mistake the new two-door for the Gran Coupe, even if they do share a nameplate.

Compared to its predecessor, the new 2 Series Coupe flaunts much squarer body features but with all the preview images being of a heavily camouflaged development car, it’s hard to draw many other concrete conclusions as to the new model’s styling.

BMW has been less coy about the mechanicals, however, with four powertrains to be offered from launch before the inevitable M2 performance halo emerges further down the line. 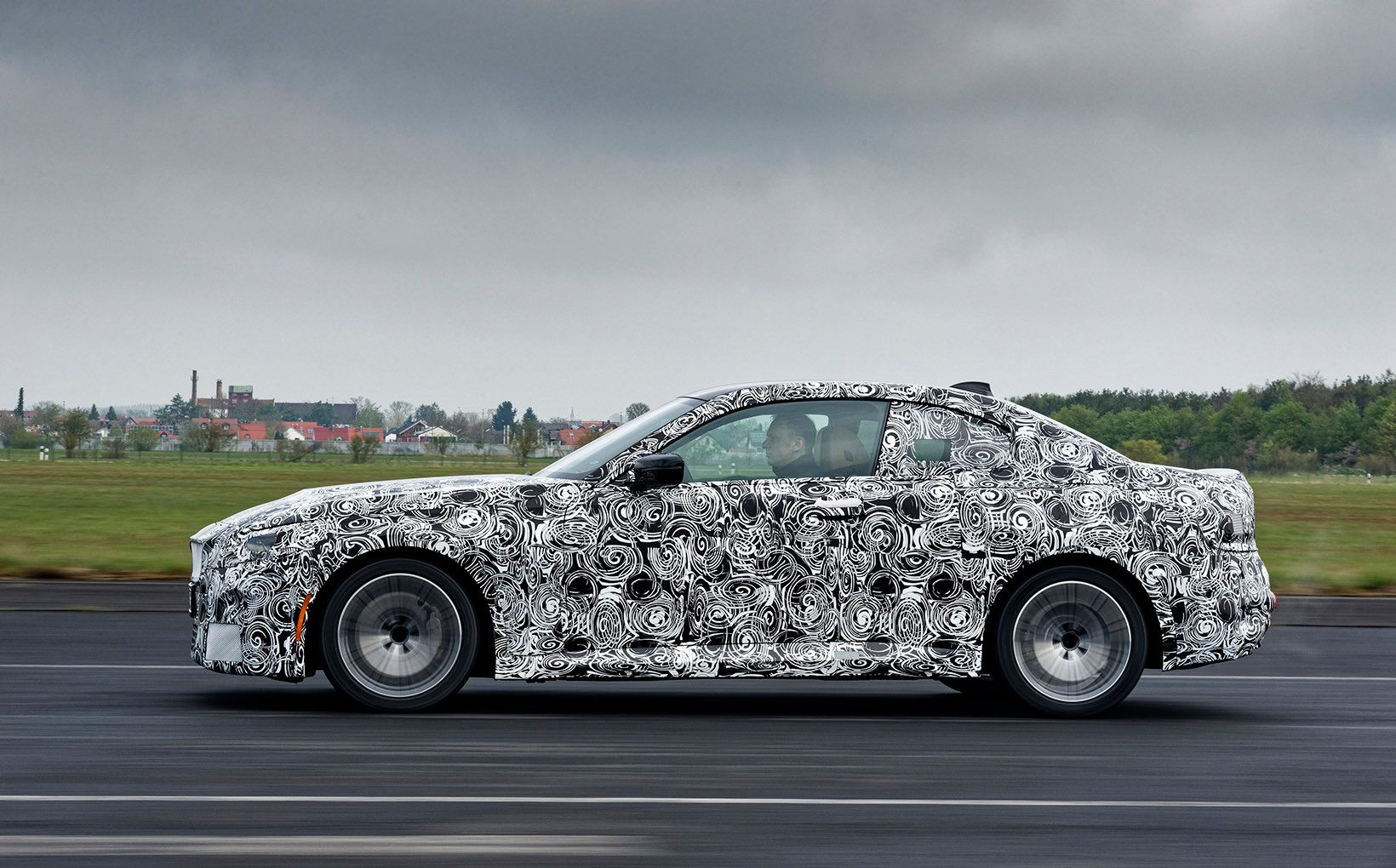 There’ll be a model for every taste, including convertible fans.

Starting at the bottom of the range, the 218i will be powered by a turbocharged 2.0-litre four-cylinder petrol engine developing 100kW/220Nm, all of which will be sent to the rear wheels via the familiar eight-speed automatic transmission – the same unit used throughout the line-up. 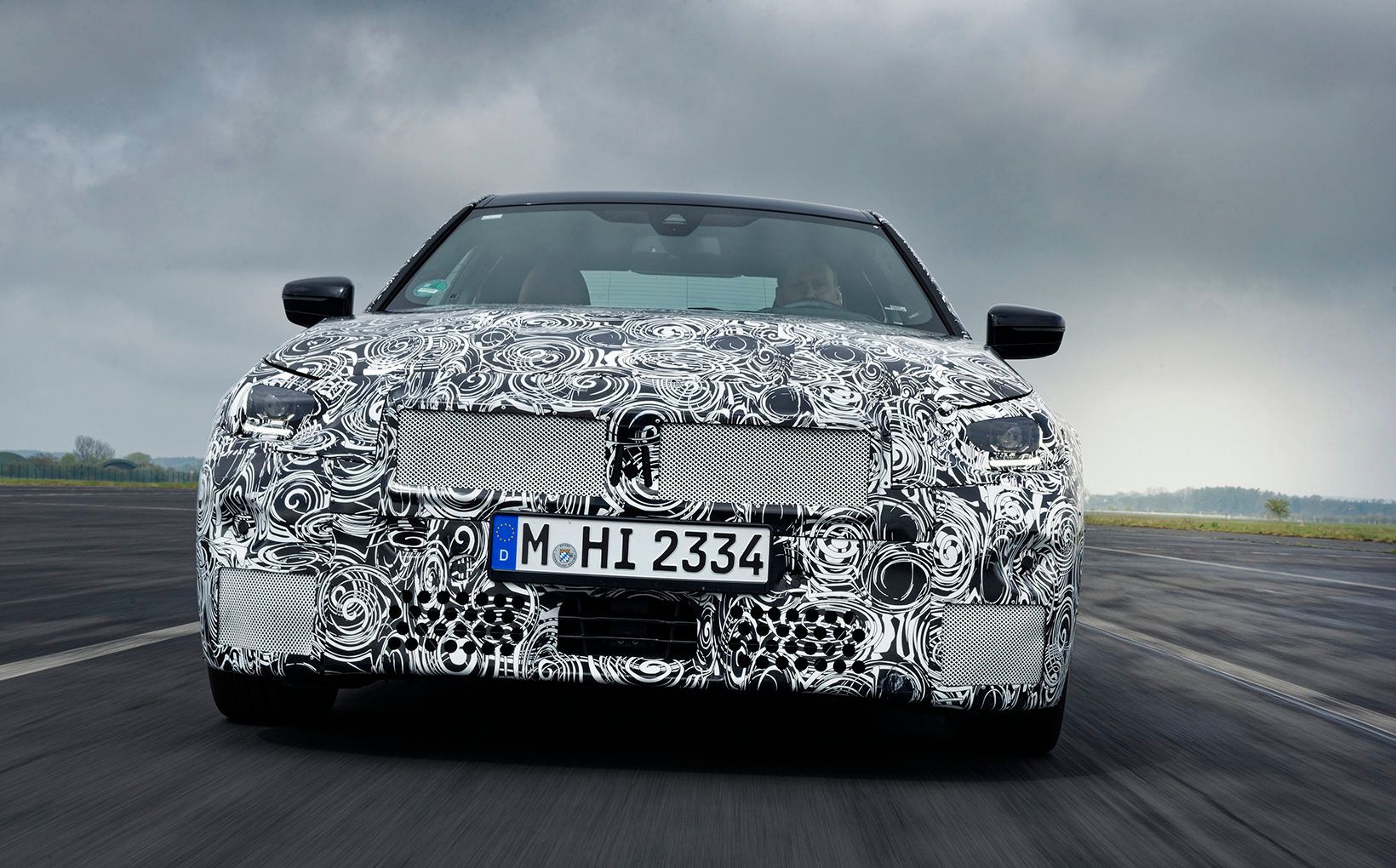 There’ll be a model for every taste, including convertible fans.

At the top of the initial range will be the M240i xDrive which as the name suggests, is powered by the same – albeit detuned – turbocharged 3.0-litre six-cylinder engine as the bigger M440i, good in this guise for 275kW/500Nm.

Driving all four wheels via a fettled version of the previously mentioned eight-speed auto, the M240i xDrive will sprint from 0-100km/h in 4.5 seconds and will keep pulling all the way up to 250km/h. 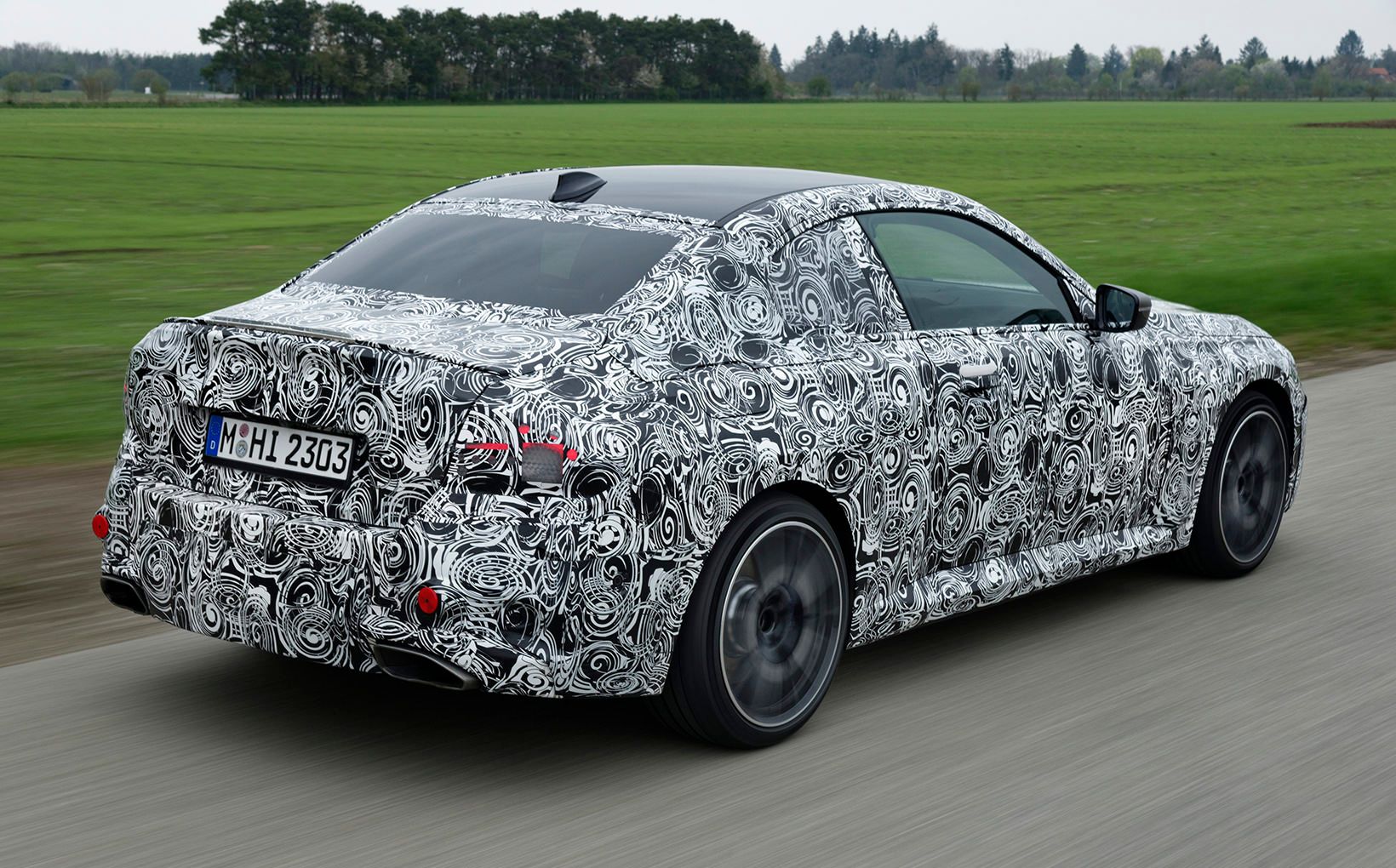 Just like its bigger M440i stablemate, the M240i will be fitted with the xDrive all-wheel-drive system.

Given it’s a new-generation (German) compact sportscar, it should come as no surprise to read the new 2 Series’ body is “12 per cent” stiffer than the old model and that the M240i will also score an electronic M Sport limited-slip differential in addition to its all-paw system, as well as adaptive dampers.

Plenty of development work has been carried out at the Nurburgring – a rite of passage for anything sporty – which the brand says serves “as the ultimate test for wheel suspension, chassis, damping, steering and braking system”.

“In addition, testing on public country roads around Munich and at the BMW Group test site in Maisach ensure that the dynamic driving qualities of the new BMW 2 Series coupe can also be experienced in everyday traffic and under different road conditions,” BMW said in a statement. 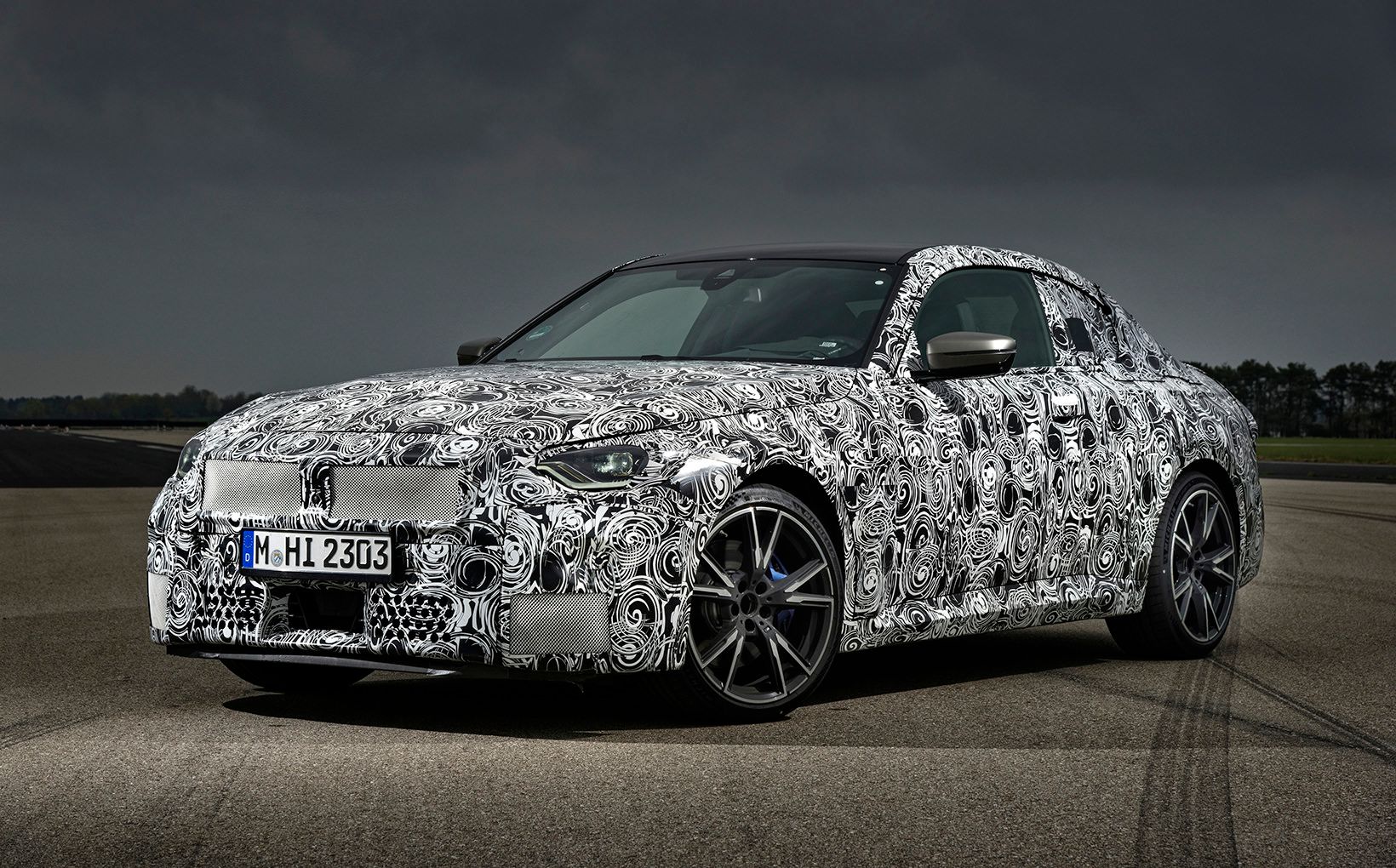 Only time will tell what the 2 Series actually looks like, but we should be finding out soon.

“By extensively testing all drive and chassis systems, the development and test engineers ensure that the engine's performance characteristics go hand in hand with precisely controllable handling in every situation, fascinating cornering dynamics, optimised traction in all weather and road conditions and perfectly balanced ride comfort.”

No official timeline has been released yet as to the release of the new 2 Series, however the brand’s previous form points to a reveal this month, with previous teasers coming between one and two months in advance of the official debut.

Genesis add a Euro-style Shooting Brake body to it...