Bentley reveals its most potent and focused model yet: The Continental GT Speed

THERE are a lot of brands these days offering ‘luxury-performance’ or ‘performance-luxury’ vehicles and almost every one of them has six-figure price tag.

Most of these vehicles are very good, however there is no denying there is a very real pecking order as to who can pull off this combination best, and for many people, the best of them all is Bentley.

Bentley has been in the luxury-performance game longer than just about any other premium brand and that experience shows when it comes to cars like the Continental GT, arguably the most recognisable and iconic Bentley of the modern era. 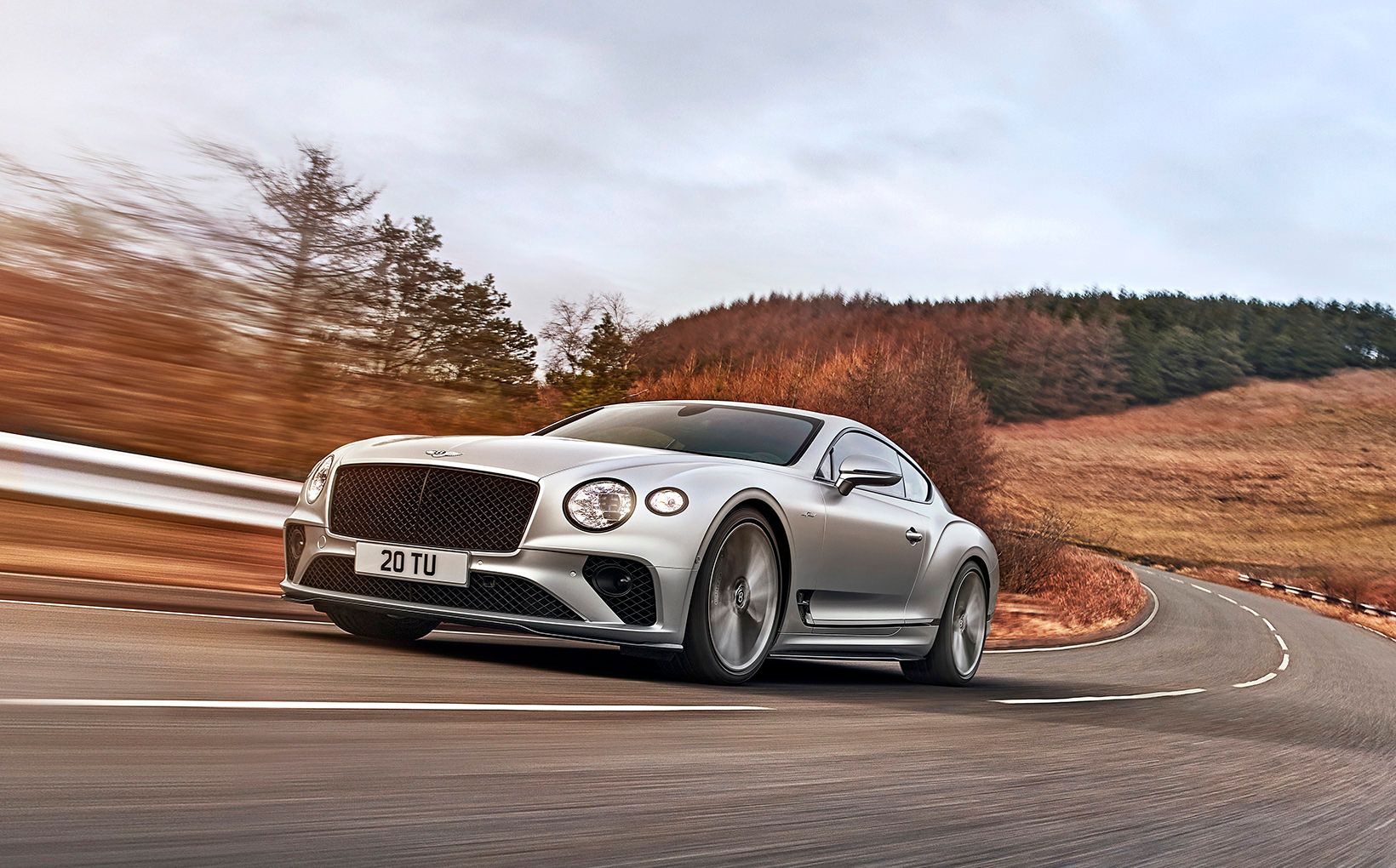 Having first launched in 2003, the ‘Conti’ GT has been around for nearly two decades now, over which time almost countless variants and versions have emerged across three generations.

Now however, the Conti’s game has been lifted with the launch of the GT Speed, which is put simply, the fastest and most dynamically capable Bentley produced to date. 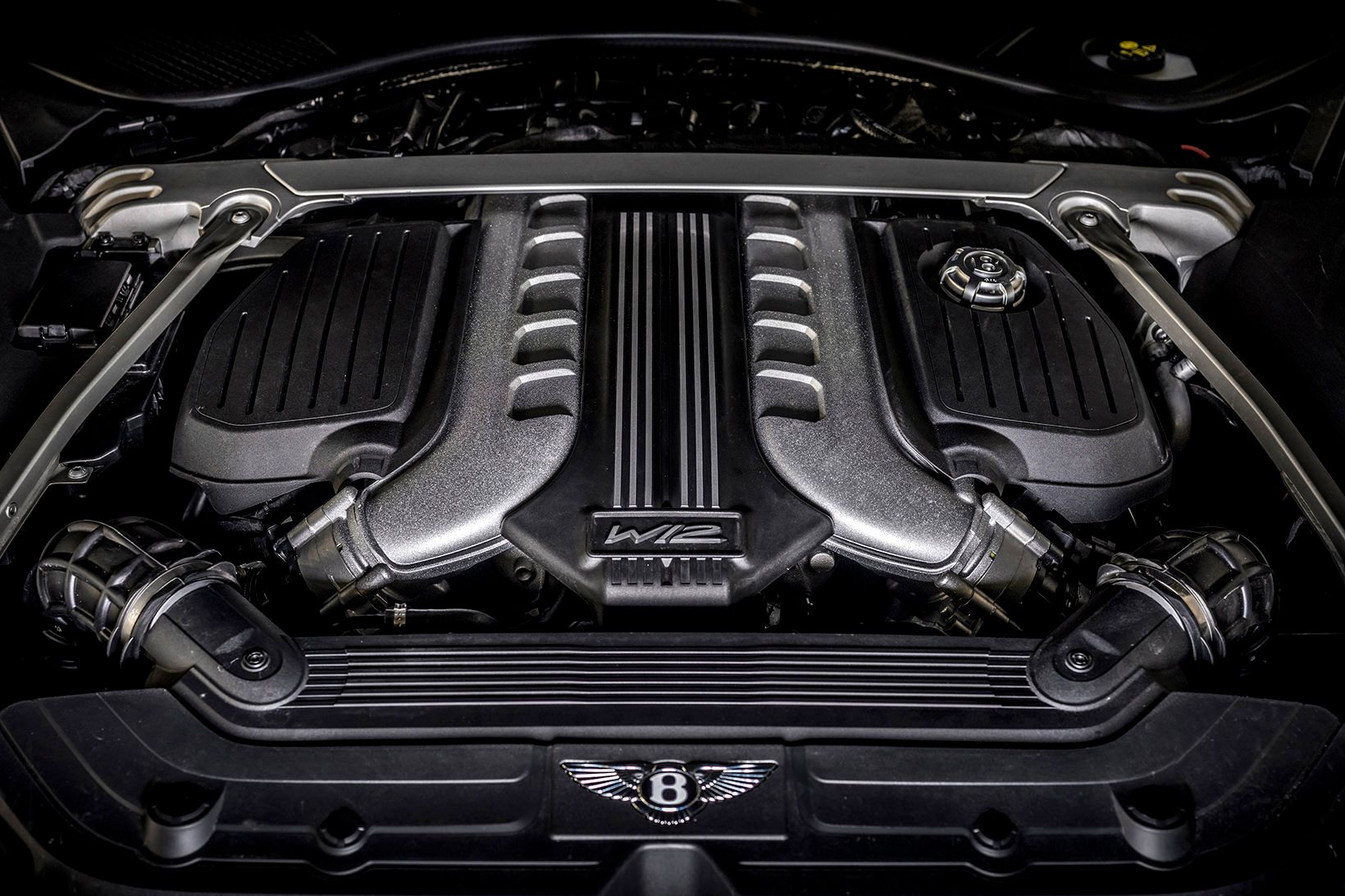 For the real numbers fans, that’s 0.1s faster to the tonne and 5km/h faster than the regular Conti GT, which doesn’t sound like much but still proves mighty impressive given this is still a more than two-tonne luxury coupe that isn’t shaped like an arrow.

The extra performance comes courtesy of an uprated version of the familiar twin-turbo W12 petrol engine that now develops 485kW/900Nm – 18kW more than the standard version.

All that grunt is put to the ground via the same eight-speed dual-clutch transmission and all-wheel-drive system as the standard car but both have been remapped, especially the transmission. 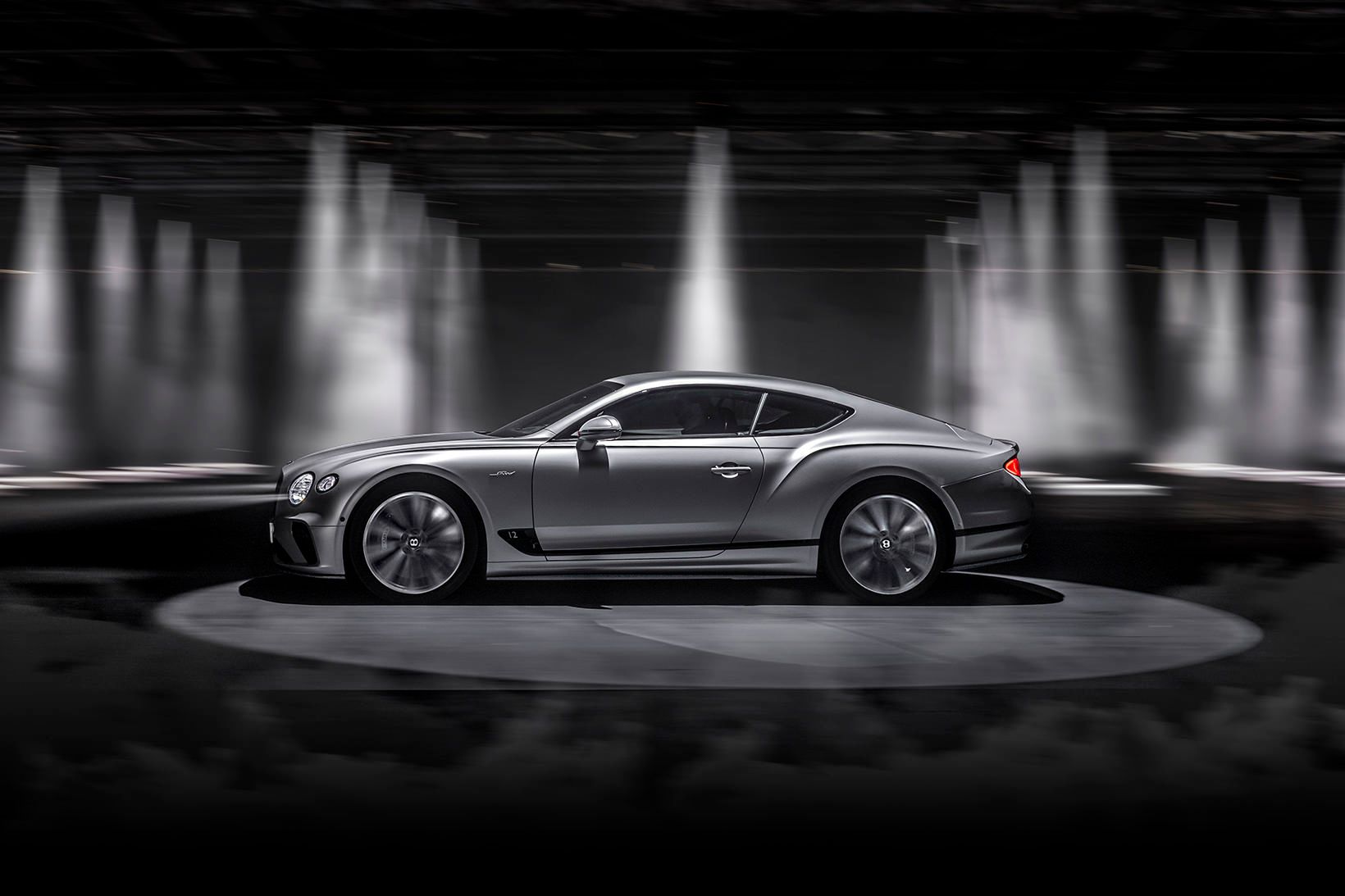 It may weigh more than two tonnes but the Speed will out-corner most mainstream sportscars.

According to Bentley, the new mapping allows for more aggressive and intuitive gearshifts during spirited driving.

More than just a powertrain upgrade though, the GT Speed has been treated to myriad chassis and technology upgrades under the skin, with a new electronic four-wheel-steering system leading the charge.

The system combines with the standard adaptive suspension and the new electronic limited-slip rear differential (e-LSD) to elevate the GT Speed to what Bentley describes as “a level of agility unlike any other” road car form the brand so far. 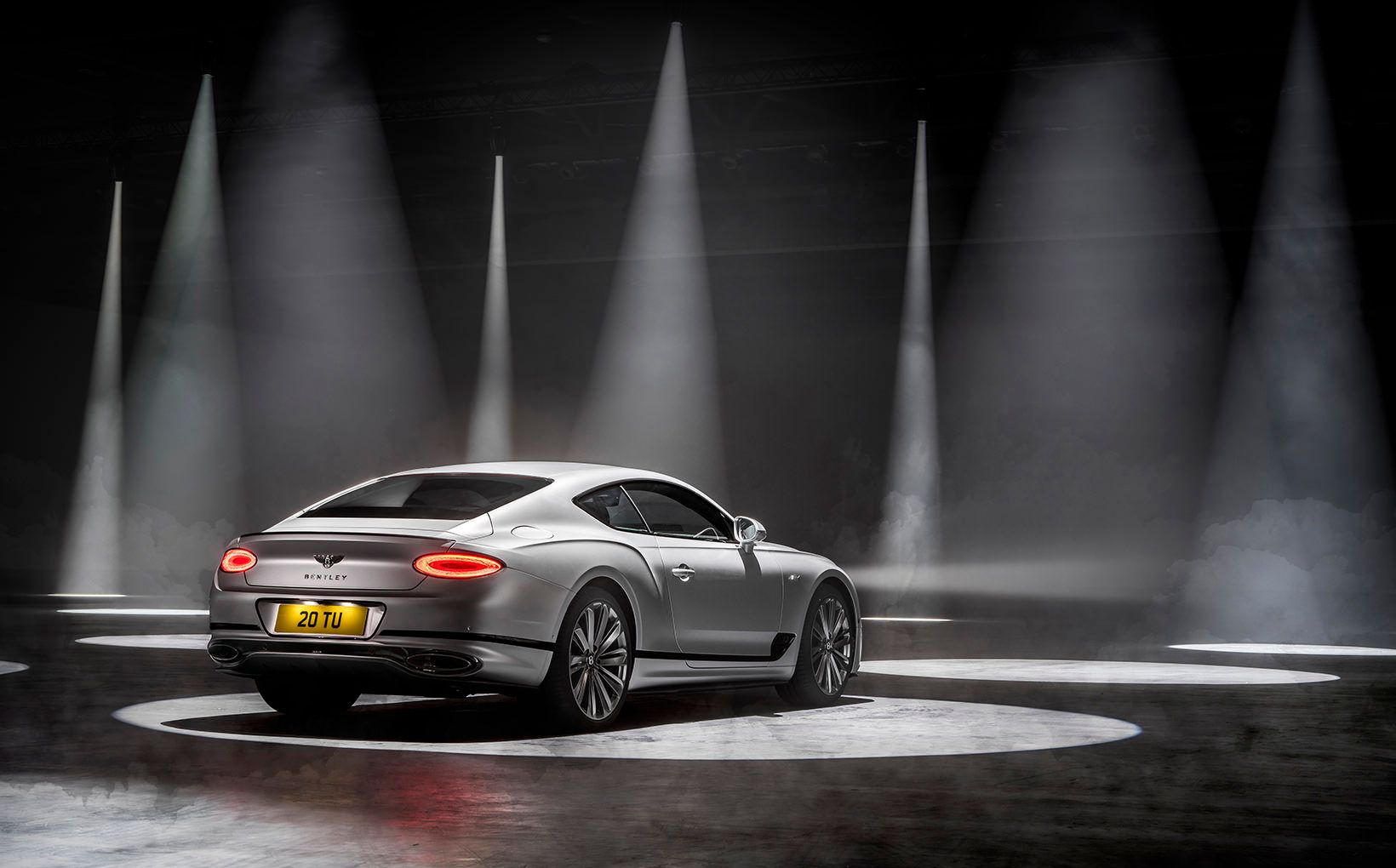 Like most all-wheel-steering (AWS) systems, the Speed’s turns the rear wheels in the opposite direction to the fronts at low and medium speeds, effectively shortening the Conti’s wheelbase and making it more manoeuvrable, then turning all four wheels the same way at higher speeds in the name of stability.

The matching all-wheel-drive system has also been given a rework and is now more rear-biased while the traction and stability controls have been reprogrammed to allow a little more slip before intervening. 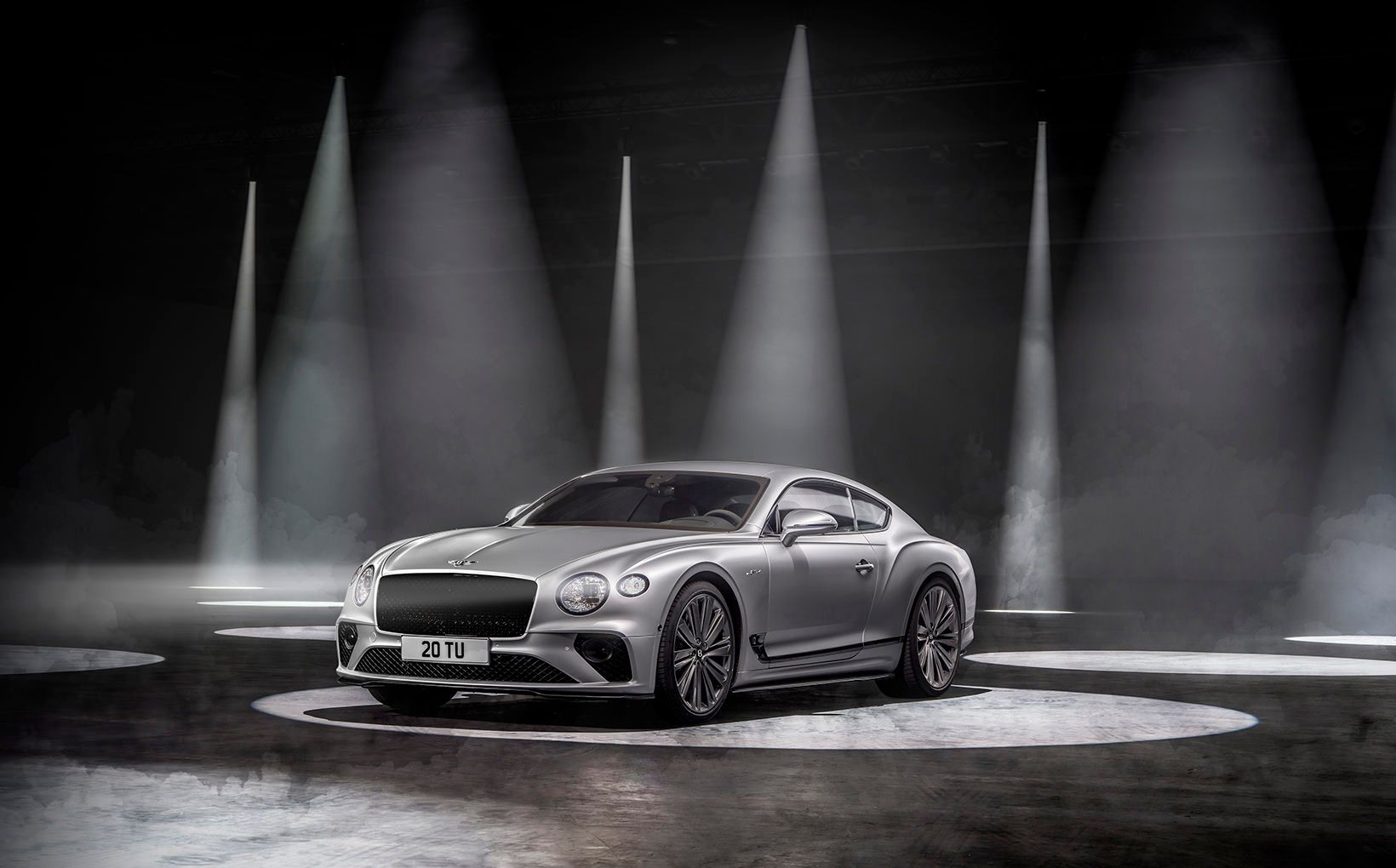 The Speed flaunts a heap of muscular visual cues as to its identity.

If you’re planning on spending what’s sure to be more than half a million dollars on a flagship GT car, chances are you won’t really care about the final price tag and so we would recommend opting for the upgraded anchors. Not only do they provide more stopping power – clamped by monstrous 10-pot callipers up front and four-piston units at the rear – but also save claimed 33kg of unsprung mass.

Another likelihood is that flagship buyers would want their ride to stand out among the lesser versions, and Bentley has them covered nicely here with the Speed flaunting dark-tint grilles, sports sills, a dark tint radiator matrix, chrome ‘Speed’ front wing badging and unique 22-inch alloys. 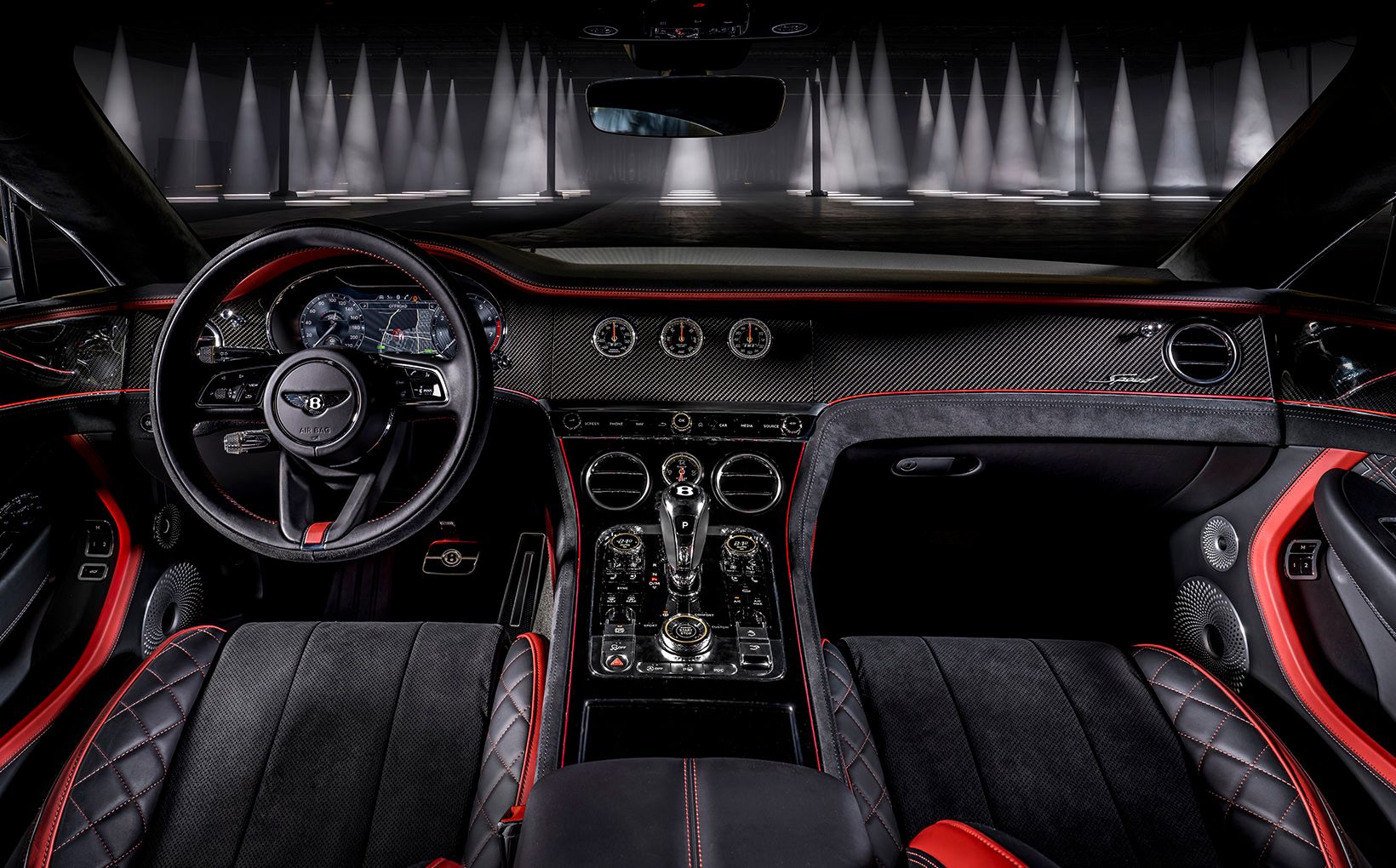 You won’t mistake the Speed for anything else from behind the wheel.

Occupants are unlikely to forget which Conti they’re in either, the sportier theme continued in the cabin with an exclusive two-tone hide and Alcantara interior, ‘Diamond in Diamond’ upholstery quilting, embroidered ‘Speed’ headrests and some extra ‘Speed’ badging for good measure.

For even more drama, there’s also a convertible version with all of the same bells, whistles and go-faster gear, just with a folding fabric roof.

The soft-top doesn’t give much away to the coupe in terms of performance either, losing just 0.2s in the sprint to 100km/h (3.6 vs 3.8) but nothing in terms of top speed. 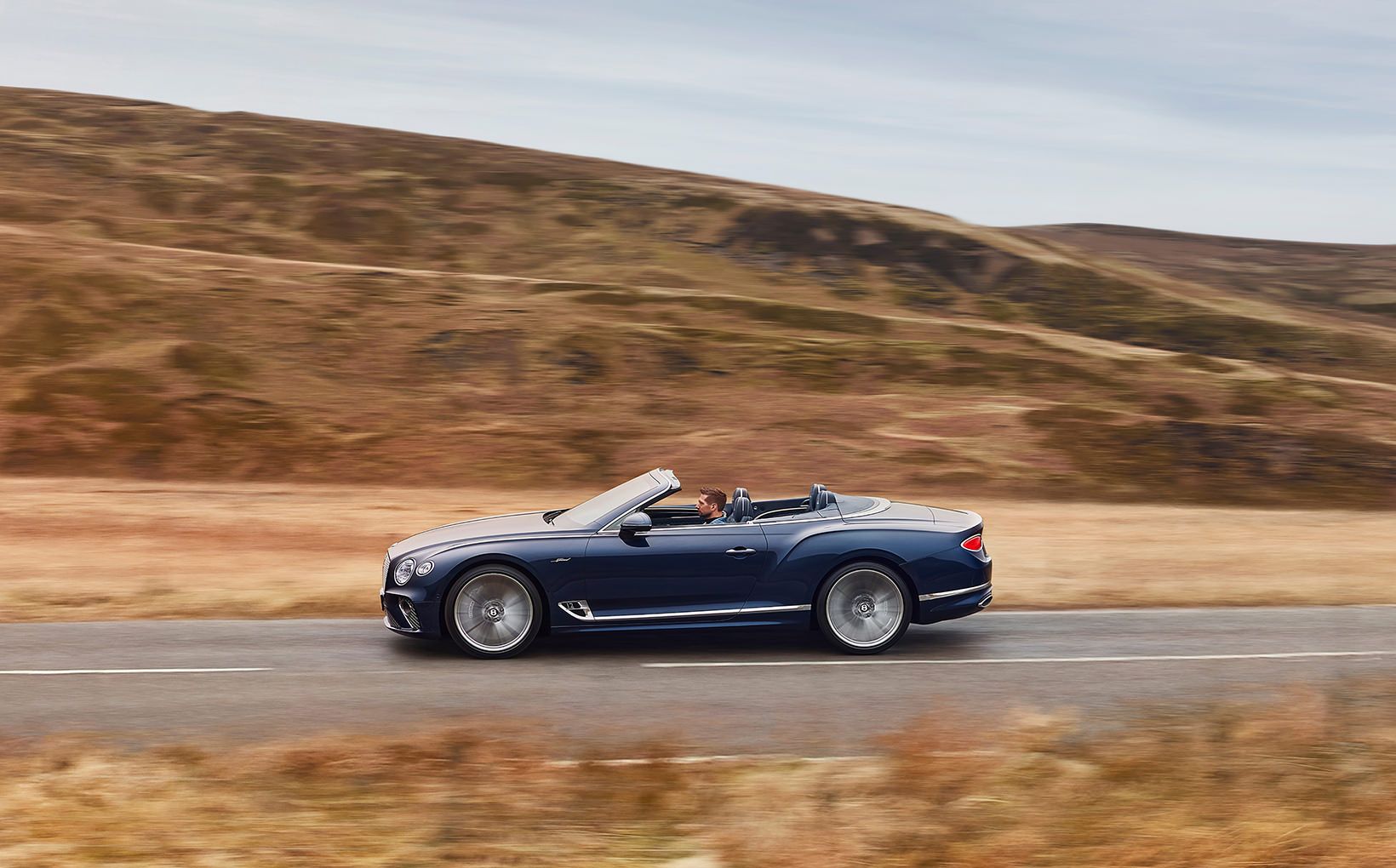 There’s a drop-top version as well for those who like the wind in their hair.

Bentley member of the board for engineering Matthias Rabe said the Continental GT Speed was the “very pinnacle of performance grand touring” as well as the most “exciting and dynamic” Bentley to date.

Those in need of a new half-million dollar two-door won’t have to wait long – both the coupe and convertible are expected to land Down Under early next year.