Aussie F1 ace gets his very own special edition road car – and it’s available to order! 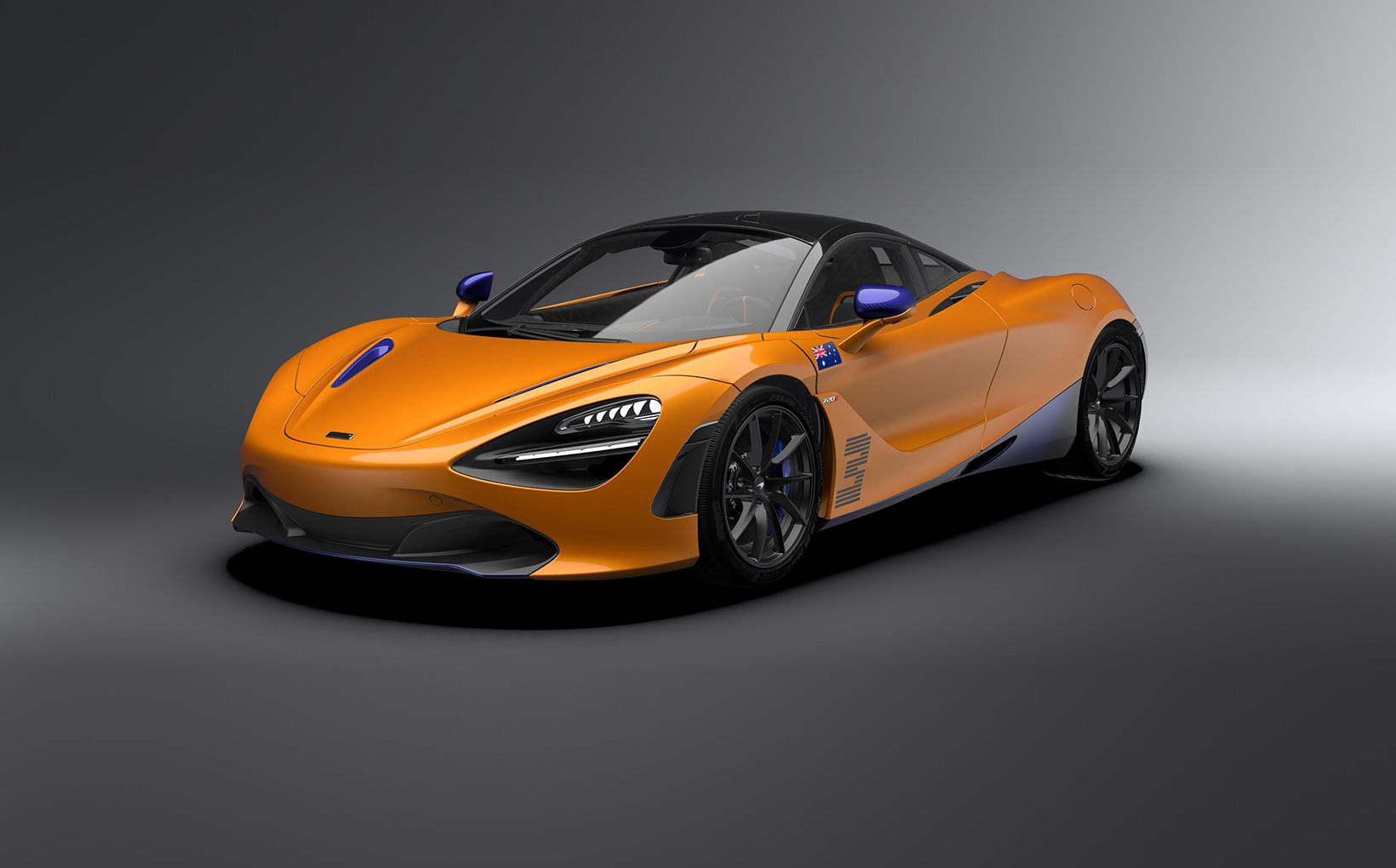 The 720S is finished in the same Papaya Spark orange and Burton blue paint as Ricciardo’s MCL35M F1 car.

Slated to arrive in locally later this year, the McLaren Daniel Ricciardo Edition 720S by MSO was revealed to celebrate McLaren’s success at the Italian Grand Prix, Ricciardo’s first race win with the team. 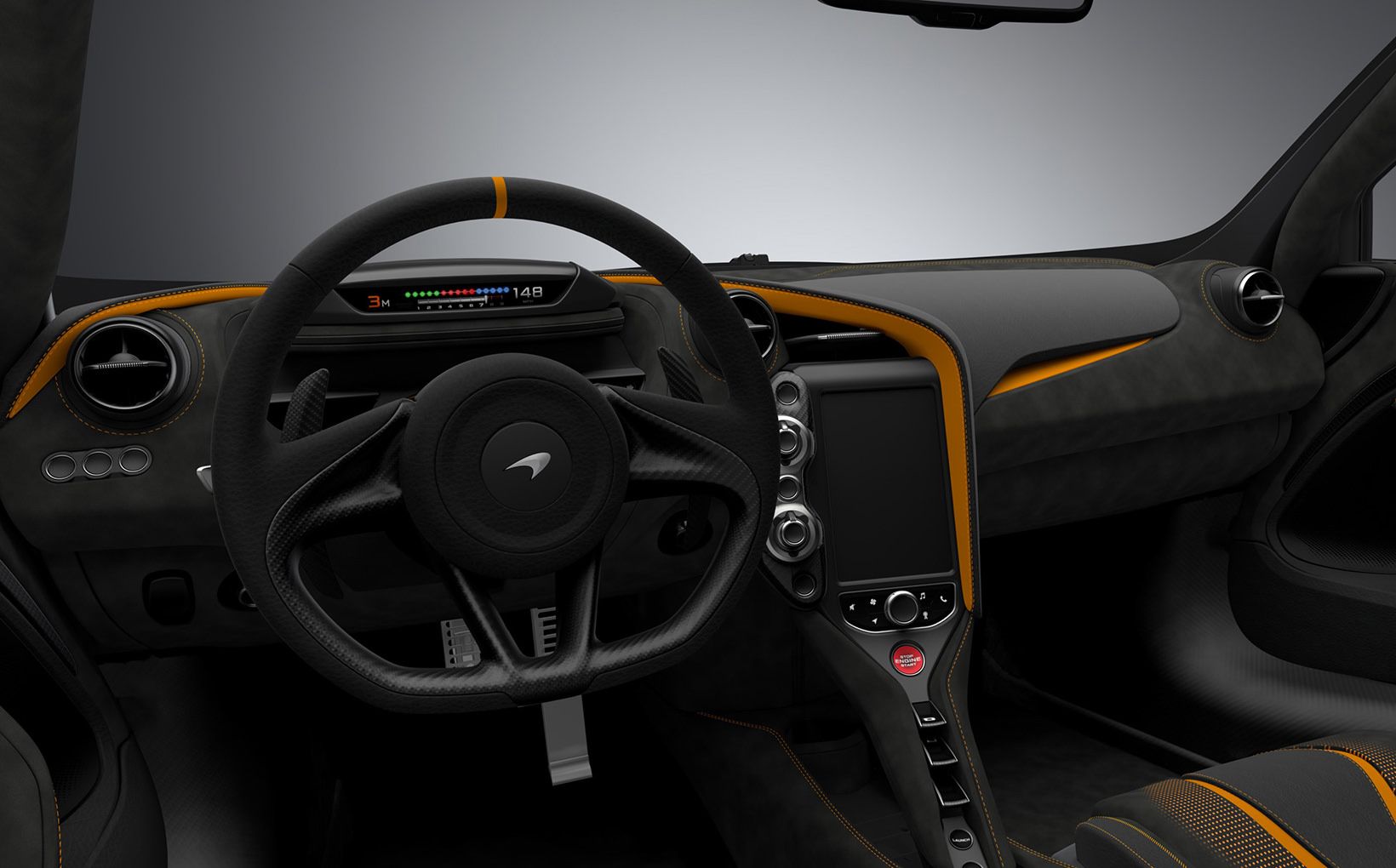 You can’t miss those Papaya Spark orange highlights inside the F1-inspired cabin of the 720S.

“Following McLaren’s outstanding performance with a landmark one-two finish for the team at the Italian Grand Prix, it’s the perfect time to reveal this limited series in celebration of the Aussie driver.

“The 720S is a fitting model to celebrate Daniel’s achievements and we’re delighted to see it adorned with the Australian flag,” added Mr Biggs. 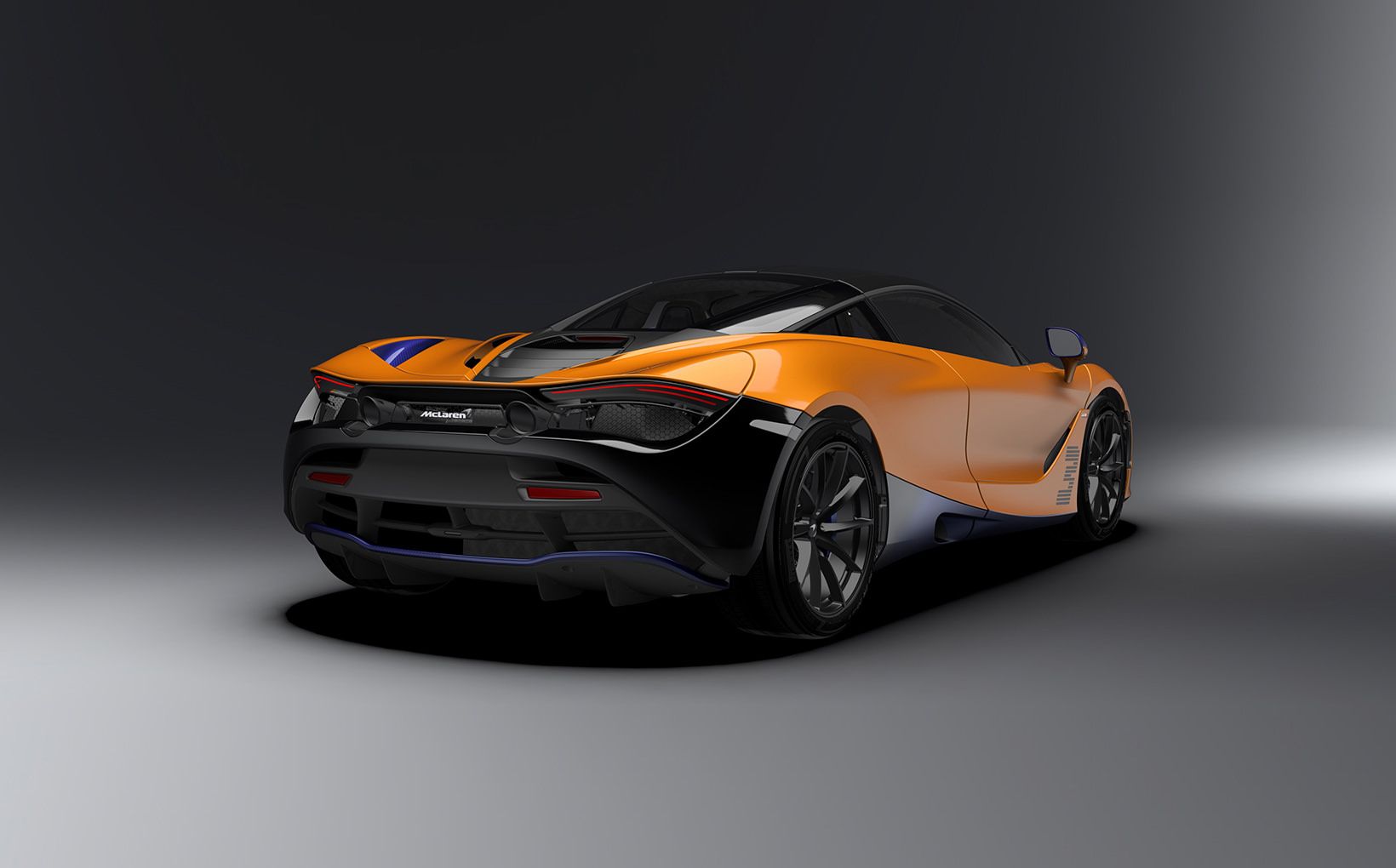 Ricciardo is understandably delighted with having a special-edition McLaren named in his honour, saying the occasion is one of the team perks.

“One of the great privileges of driving for McLaren is getting behind the wheel of many of the brand’s exhilarating supercars, and while each offers something unique, the 720S is the absolute benchmark,” said Mr Ricciardo.

Local pricing is yet to be confirmed but with the “regular” 720S priced from $510,000 we guarantee is won’t be cheap. McLaren says the McLaren Daniel Ricciardo Edition 720S by MSO will be available for order shortly. 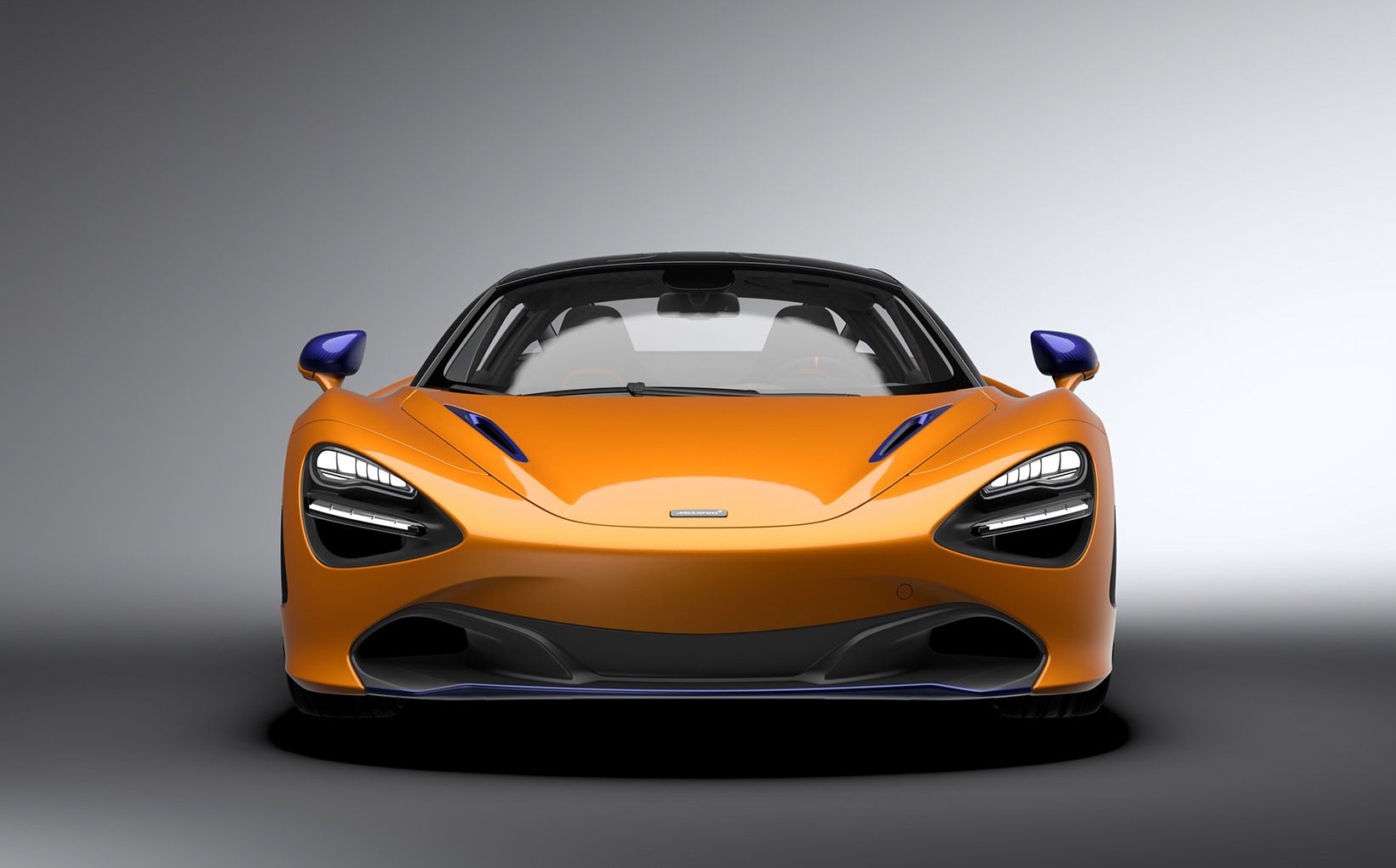 The frontal view of the Ricciardo Edition 720S is one very few of us will see in the rear-view mirror.

The M840T utilises a super-stiff crankshaft and advanced port fuel injection to provide tractability throughout the rev range. Peak power is delivered at an F1-like 7250rpm, the 720S topping out at 341km/h with a feral, stirring exhaust note to match. 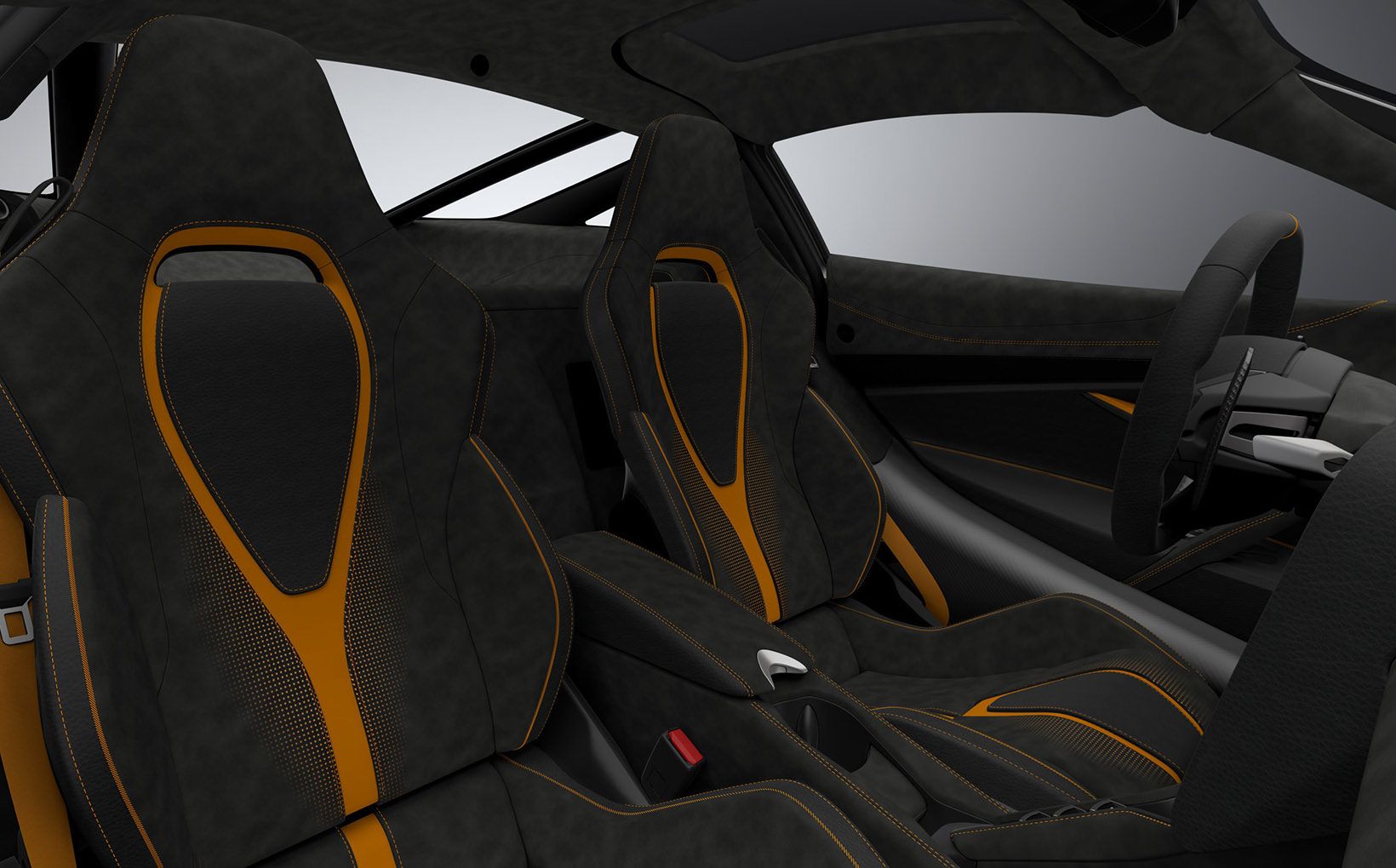 With the kind of corner speeds the 720S is capable of, we reckon these seats will be working overtime.

Perth-born Daniel Ricciardo has achieved eight F1 victories to date. After stints with Red Bull Racing and Toro Rosso, he joined the McLaren team in 2021 taking his first victory for the team at the Italian Grand Prix that same year.

A fan of NASCAR, Ricciardo adopted his race number ‘3’ in honour of driver Dale Earnhardt, the same number now adorning the side of the Australian ace’s very own special edition McLaren. Lean, athletic, and with a hint of on-track menace, we reckon pairing of Riccirado and the 720S is a match made in heaven.

“Every profile, every curve on the McLaren 720S has been engineered for a single purpose – maximum driver engagement,” said McLaren design director, Rob Melville.

While pricing has yet to be revealed, we reckon the McLaren Daniel Ricciardo Edition 720S by MSO will sell out fast. If you’re feeling financial, it’s best to get that order in pronto! 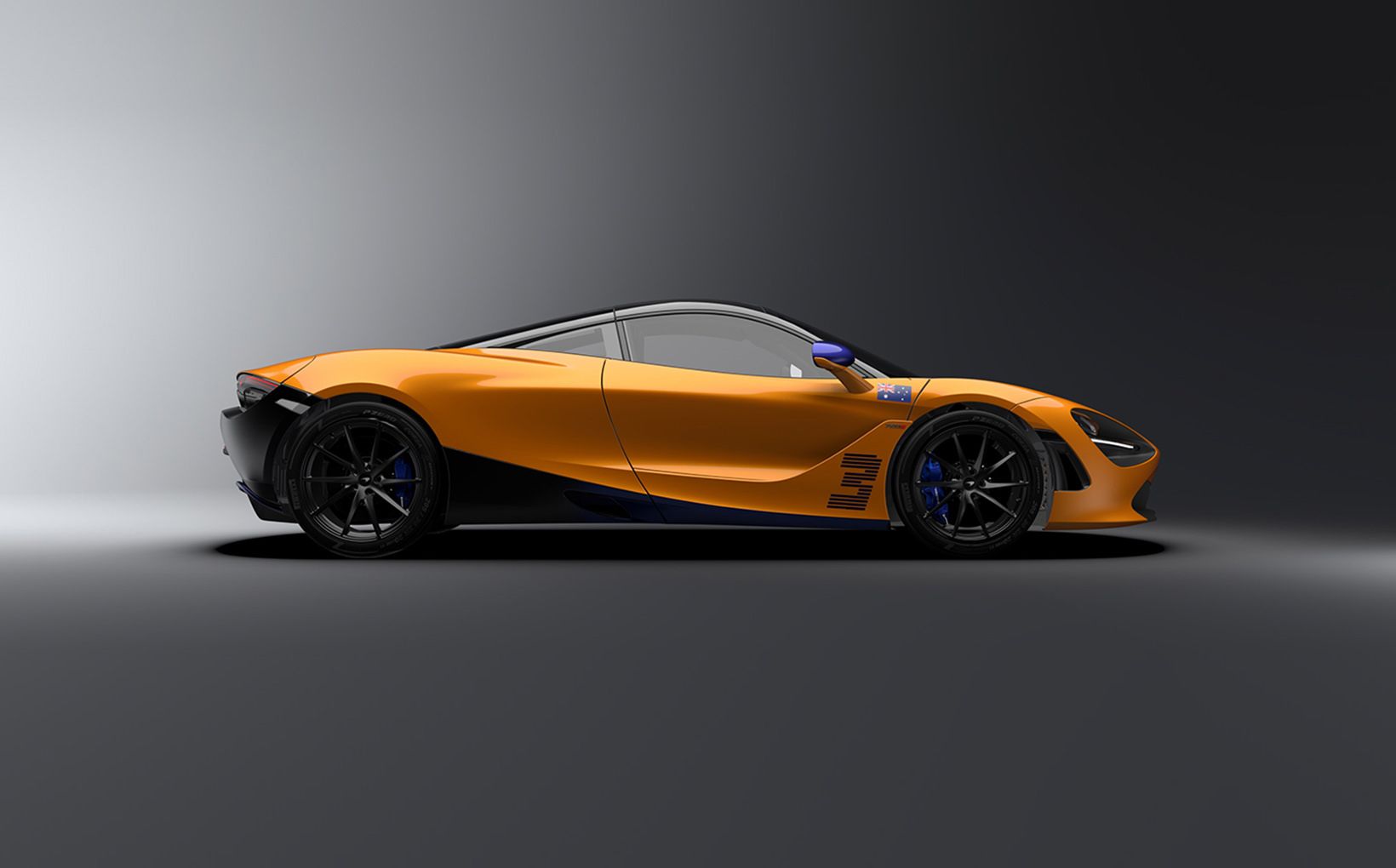 Lean, athletic, and with a hint of on-track menace – the profile of the 720S could well describe Ricciardo himself.