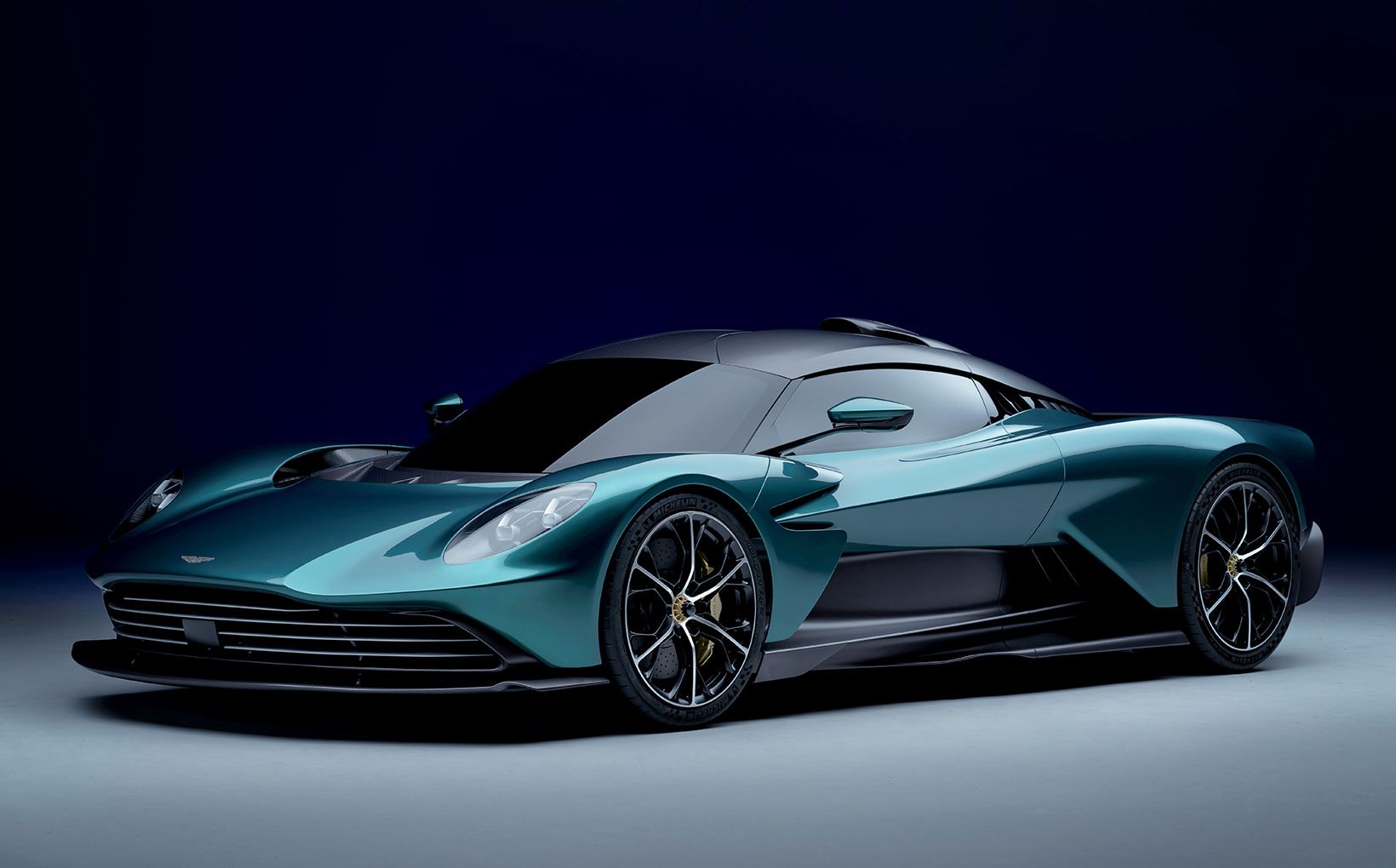 ASTON Martin has made some of the most beautiful and iconic cars to date, but the mid-engine Valhalla supercar isn’t one of its finer-looking efforts.

What it is though, is one of the British marque’s most advanced and potent performance vehicles ever and what it might lack in beauty, it more than makes up for with firepower.

Initially planned and developed as a six-cylinder, the production Valhalla has actually been revealed with a twin-turbocharged 4.0-litre V8 – courtesy of AMG – developing 552kW of power when left to its own devices.

The thing is though, the Valhalla is part of the latest breed of hybrid super- and hypercars using eco-friendly (plug-in hybrid) technology to enhance their performance, meaning the Valhalla actually develops a fair bit more than the already impressive 552kW… 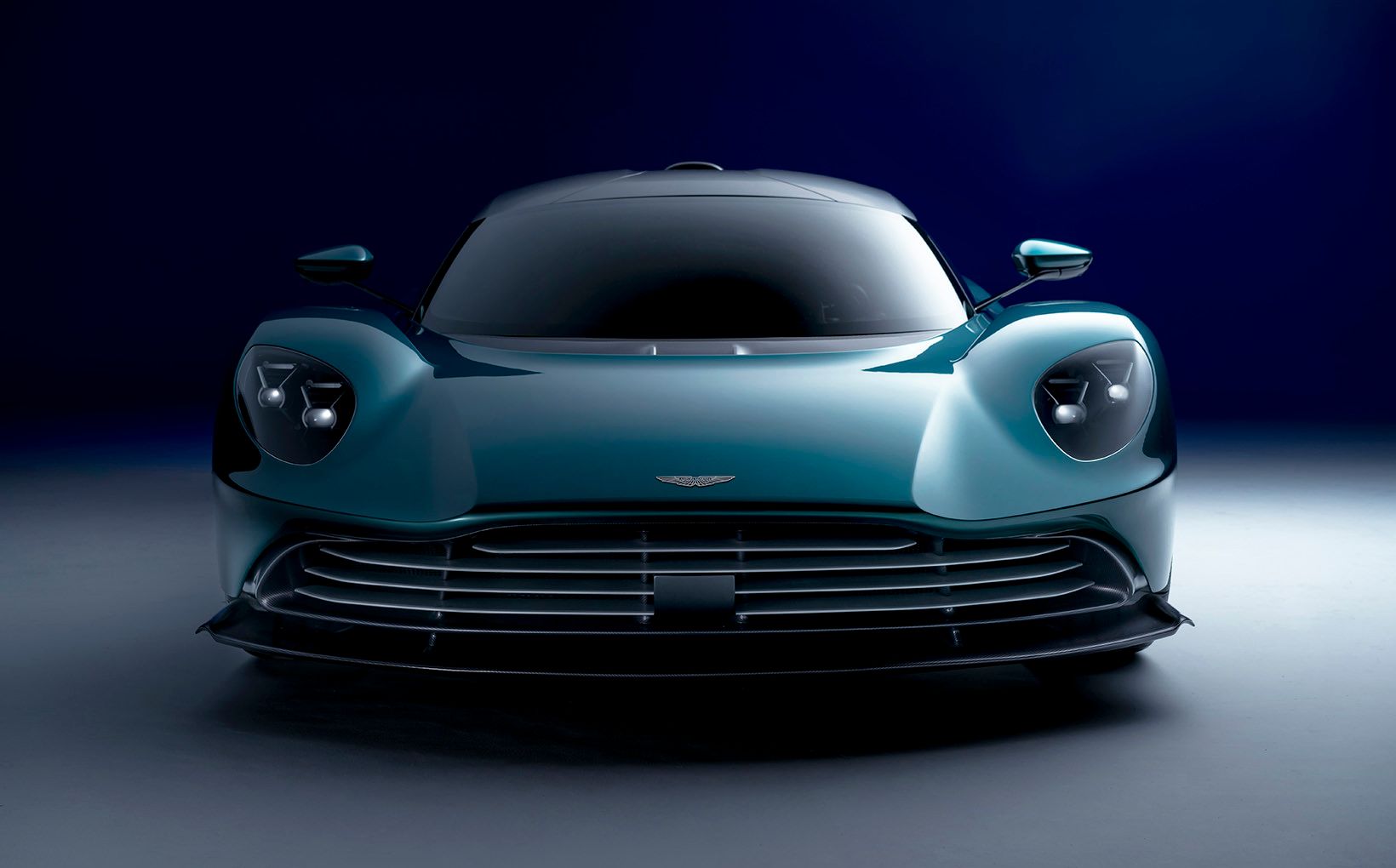 There are definitely traces of Valkyrie in the design, but some may struggle to pick the Valhalla as an Aston Martin.

Factor in the two electric motors and the Valhalla actually develops 699kW, enough to launch it form 0-100km/h in a claimed 2.5 seconds and help it push on to a 350km/h v-max.

The other contributing factor to this level of performance is weight, or rather the lack of it.

Despite the thumping bent-eight and PHEV hardware, Aston Martin says the Valhalla weighs less than 1550kg and that it will be targeting a Nurburgring lap time of 6:30 seconds, a benchmark almost 16 seconds faster than the current production car record holder, the Nio EP9.

To achieve this goal, engineers practically threw the kitchen sink at the Valhalla and applied a lot of the knowledge gained from developing the Valkyrie in terms of lightweight material and aerodynamics. 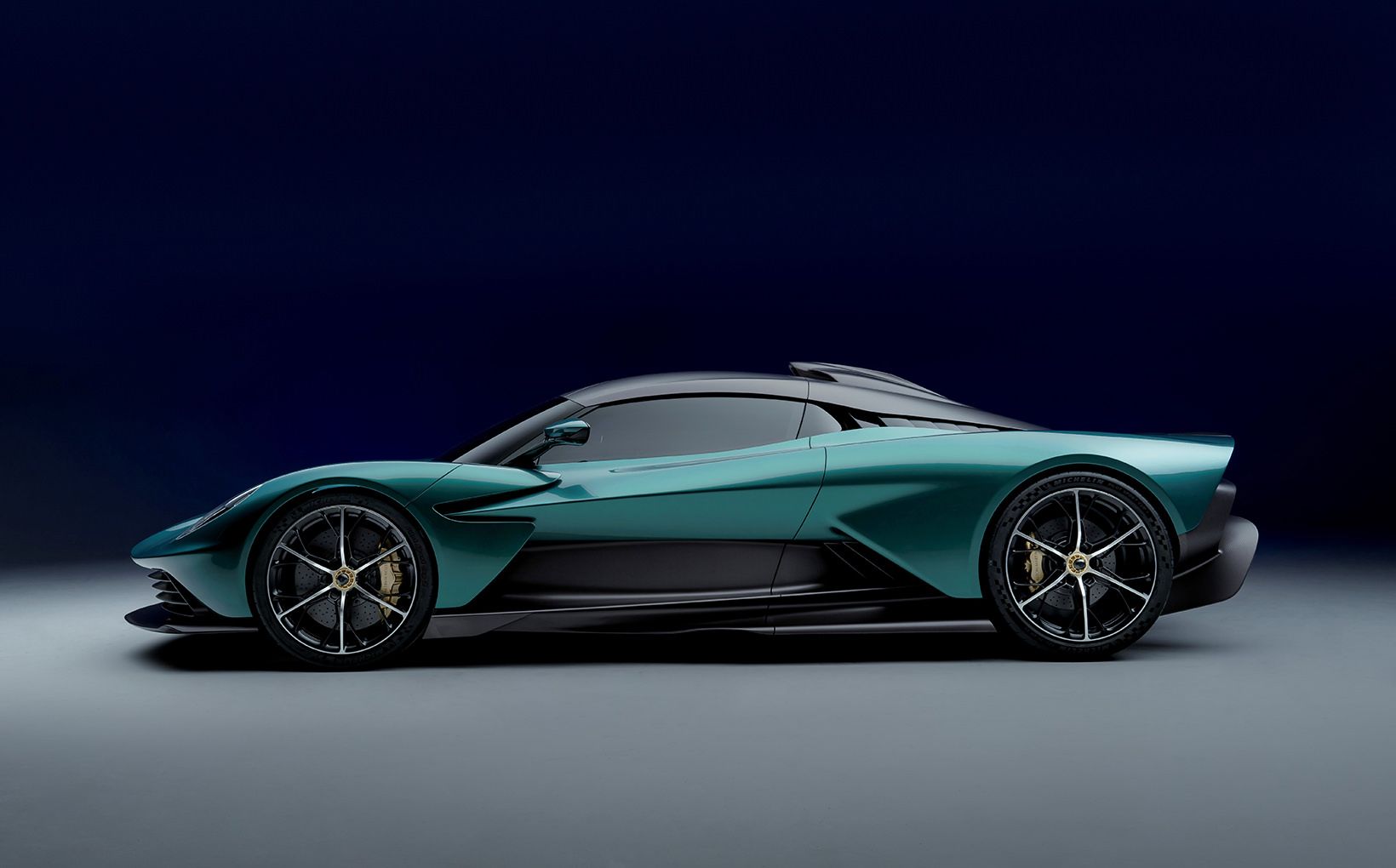 Under the mostly carbon skin is a carbon-fibre tub and pushrod suspension with on-the-fly height adjustment courtesy of variable-rate springs and adaptive dampers produced by suspension specialist Multimatic, the same brand that supplied the chassis components for the old One-77 flagship.

In terms of aerodynamics, the Valkyrie know-how was built on by members of the Aston Martin F1 team with the end result being a claimed 600kg of downforce being generated at 240km/h.

Compared to its bigger and more exotic sibling, the Valhalla calves a slightly more traditional mid-engine silhouette however it could still never be mistaken for its rivals from Ferrari or McLaren. 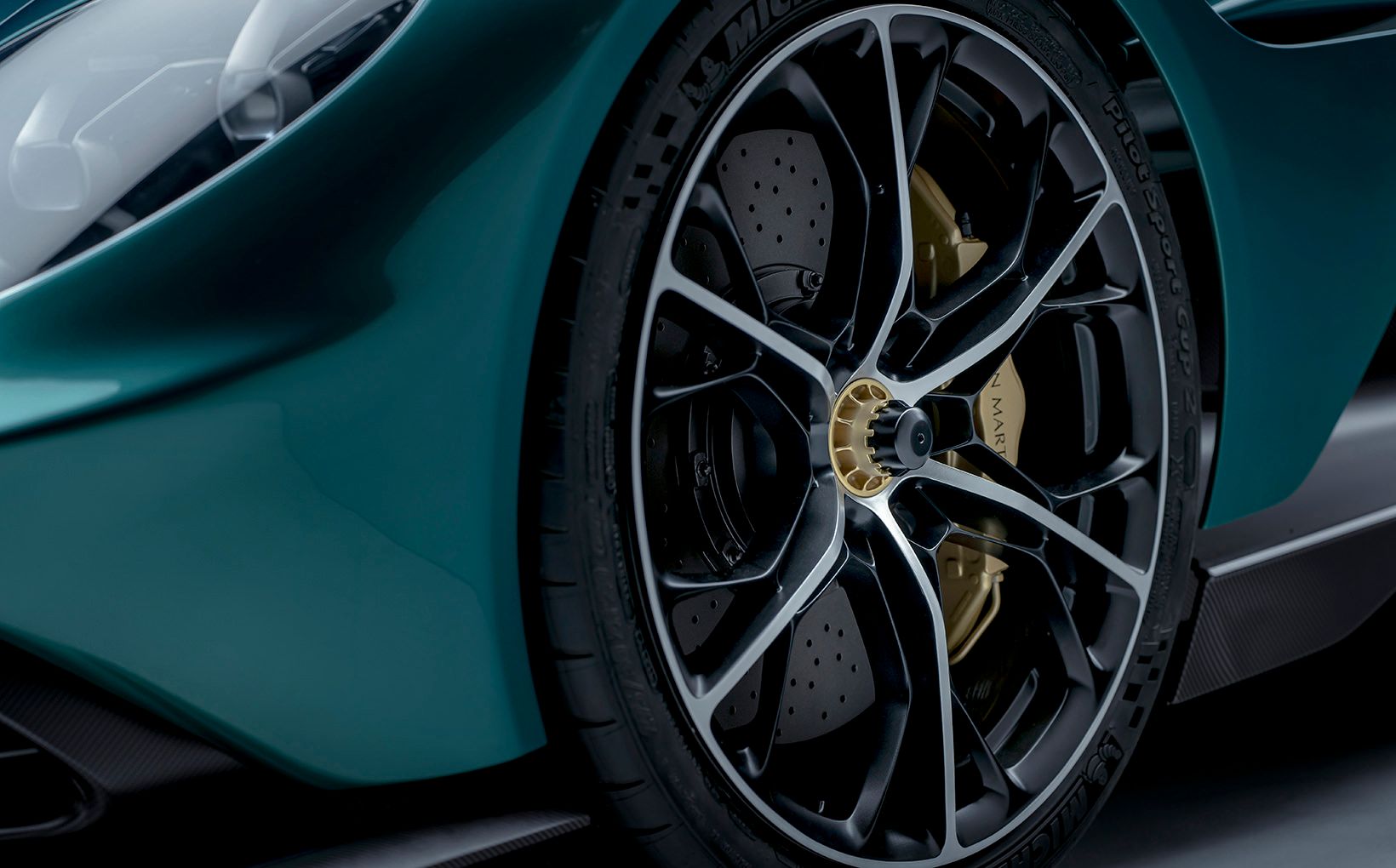 The 20-inch wheels up front and 21-inch rears are shod with Michelin Pilot Sport Cup 2 rubber.

Described by the brand as “a memorable mid-engined shape that is original yet unmistakably Aston Martin”, the Valhalla sports a definite inboard cabin in that the cockpit doesn’t span the entire width of the body.

Based on the AM-RB 003 concept of 2019, Aston Martin designers say the car’s execution has “evolved considerably” to be more mature and resolved compared to the Valkyrie, even if it does share some commonalities.

Inside the cabin, the seat bases are mounted directly to the chassis with the pedals and steering wheel being the adjustable features as opposed to the driver’s seat like in a normal car.

Dihedral doors open almost vertically, providing a large aperture with cut-outs in the roof to ease access to the cockpit. 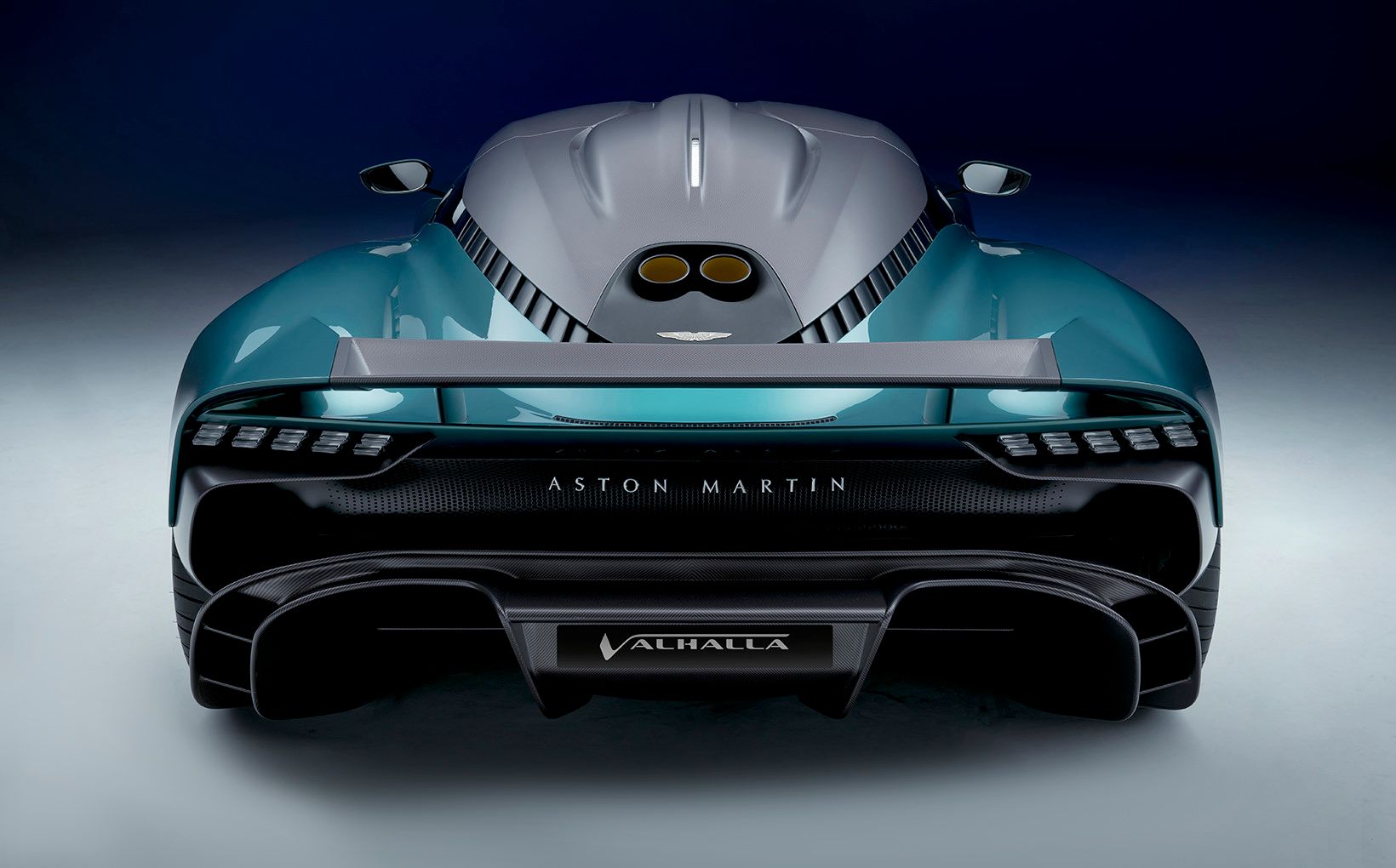 Rear visibility could prove tricky if it wasn’t for the reversing camera.

Once you’ve clambered inside, there’s actually plenty of standard kit and creature comforts given the no-bones-about-it performance intentions.

Dual-zone climate control, Apple CarPlay/Android Auto smartphone integration, adaptive cruise control and a reversing camera should ensure the daily grind is dealt with without a fuss while autonomous emergency braking, forward collision warning and blind spot monitoring are on hand – among other features – to keep occupants safe.

According to Aston Martin CEO Tobias Moers, “preserving the essence of an exceptional concept car” was “vital when meeting the challenge of bringing” the Valhalla into production. 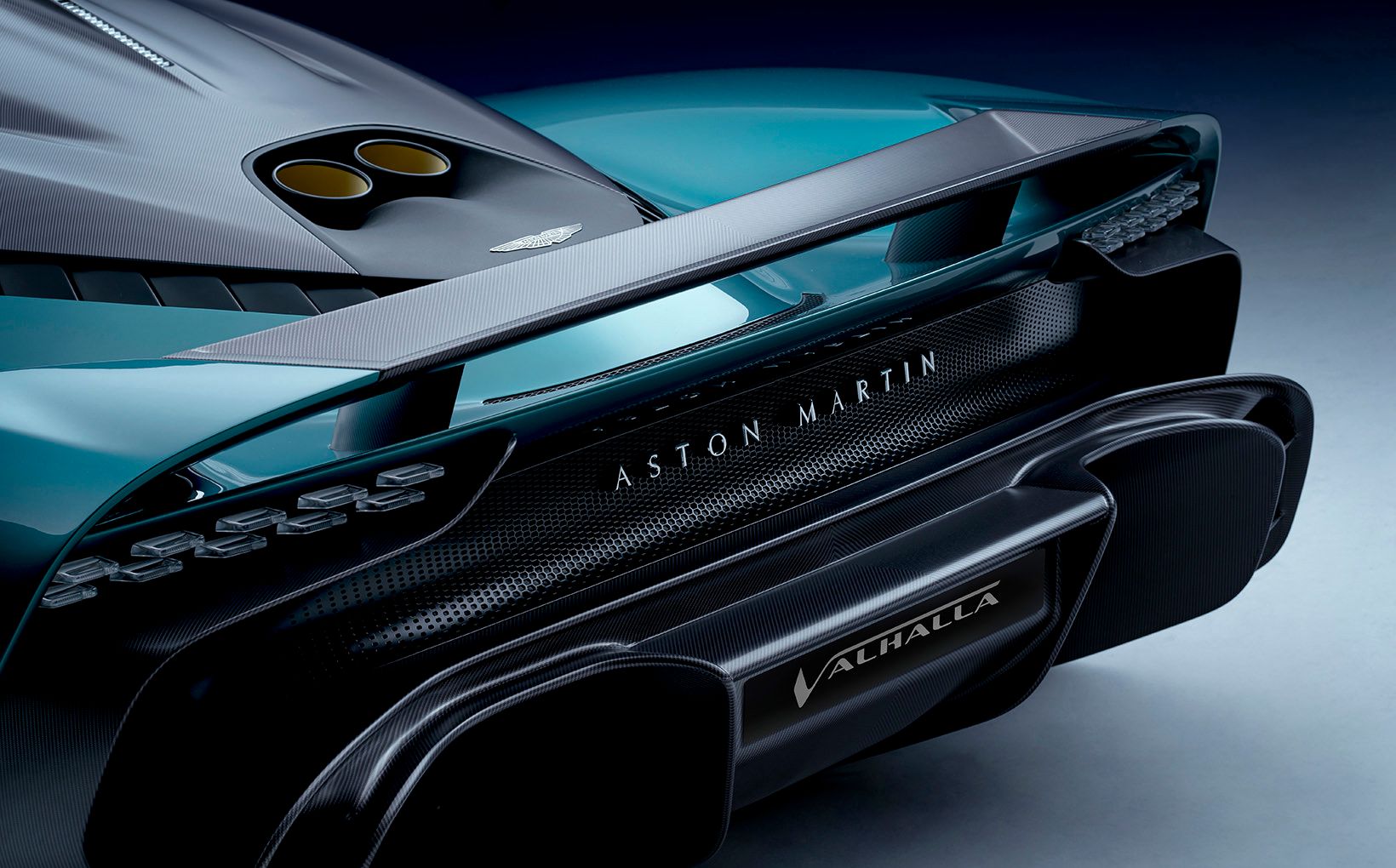 All those aero features generate a claimed 600kg of downforce at 240km/h.

“With Valhalla not only have we stayed true to our commitment to build a world-beating supercar, but we have exceeded our original aims,” he said.

“The result is a pure driving machine – one which exists right at the cutting edge of performance and technology yet allows the driver to feel the emotion and thrill of complete connection and control.”

It remains to be seen if any Valhallas make it to Aussie soil, although at least a few should pop up in the capital cities given it’s a series production car as opposed to a limited-run special.

Perhaps even more intriguing will be the local pricing given overseas reports are suggesting an asking price of around £600,000 ($A1.12m) in Europe, which directly converted would mean Aston’s first-ever mid-ship series production car is some $150,000 more expensive than the gruntier Ferrari SF90 Stradale. 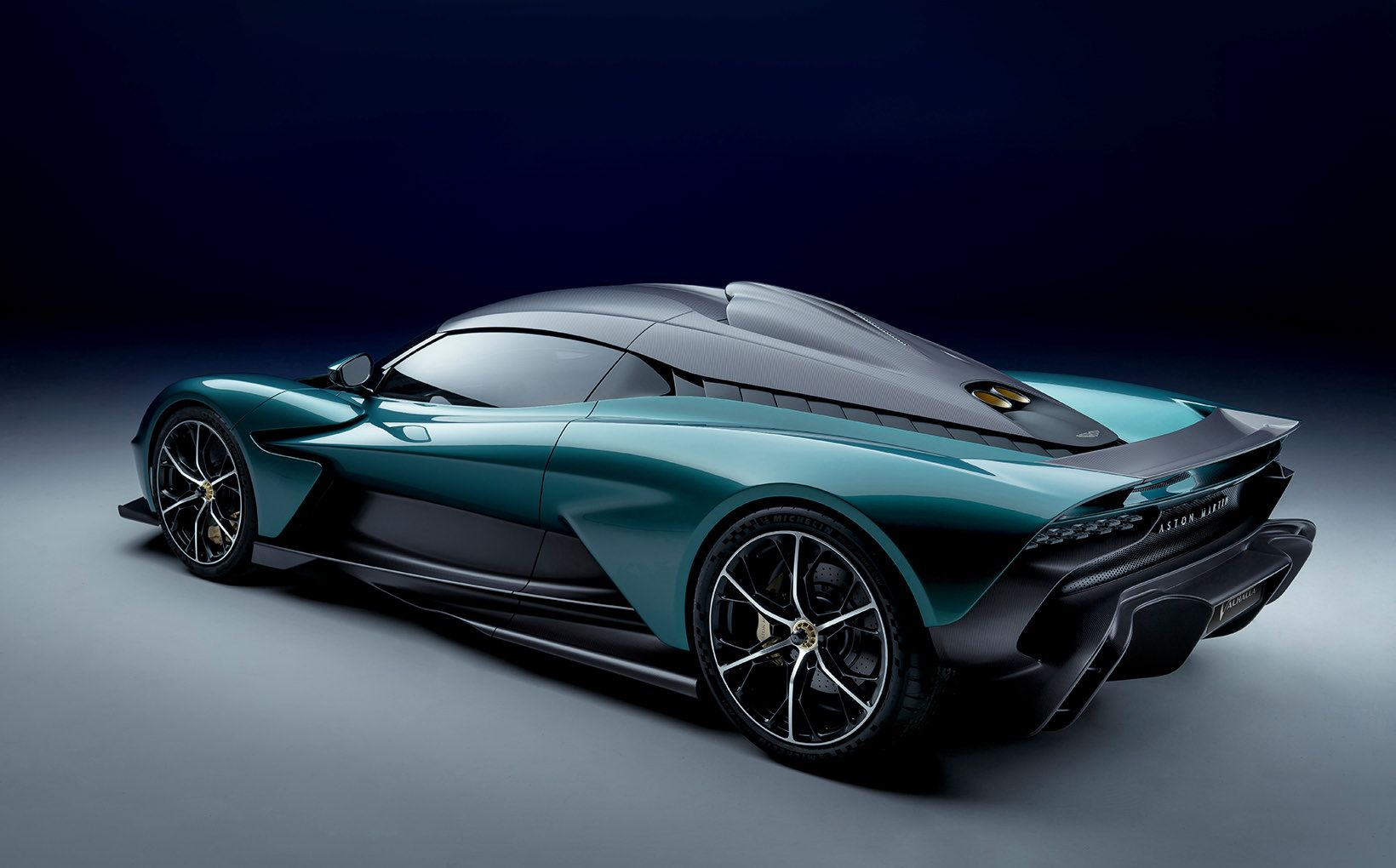 How many examples make it Down Under is anyone’s’ guess for the time being.

Is Aston Martin going to smash all the road car re...