EVER wanted a high-performance BMW that wasn’t necessarily a BMW M car and definitely wasn’t and Audi RS or Mercedes-AMG?

Well lucky for you there’s a small German brand called Alpina and producing high-performance BMW M cars with a slightly different flavour is its speciality.

Alpina has been around for decades now, endlessly tweaking, fettling and refining BMW’s already fantastic work to create cars a little left of centre compared to run-of-the-mill M cars. 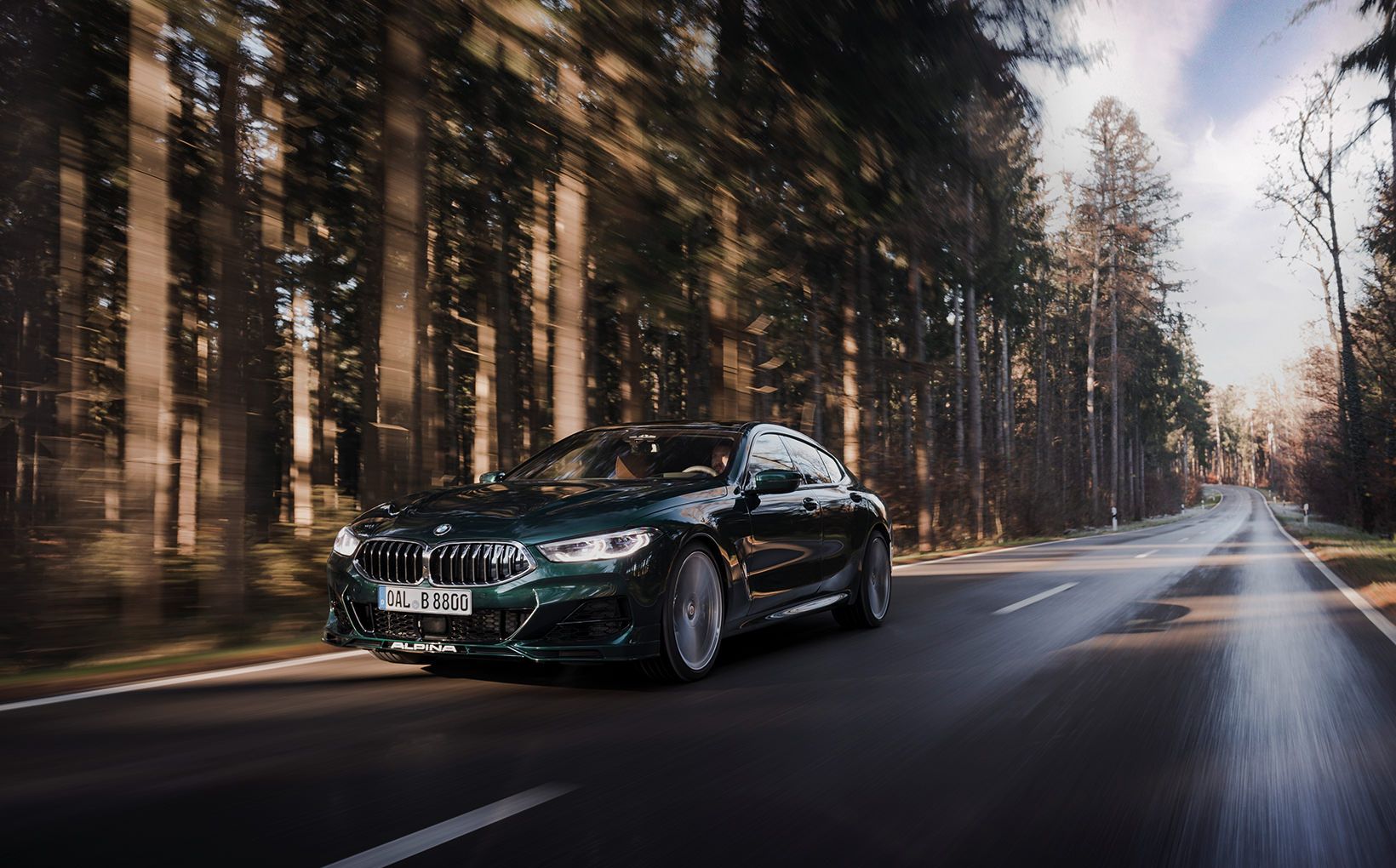 The Alpina B8 is an M8 Gran Coupe focused squarely on real-world use.

Alpina’s naming strategy is as simple, if not more so than BMWs: take an M car and swap out the M for a B, i.e. the M3-based B3 and M5-based B5… you get the gist.

Well now Alpina has turned its hand to the M8 Gran Coupe and created – insert drum roll – the B8 Gran Coupe (GC).

The overall theory is pretty straightforward: take an M8 and make it more usable and/or accessible in the real world. 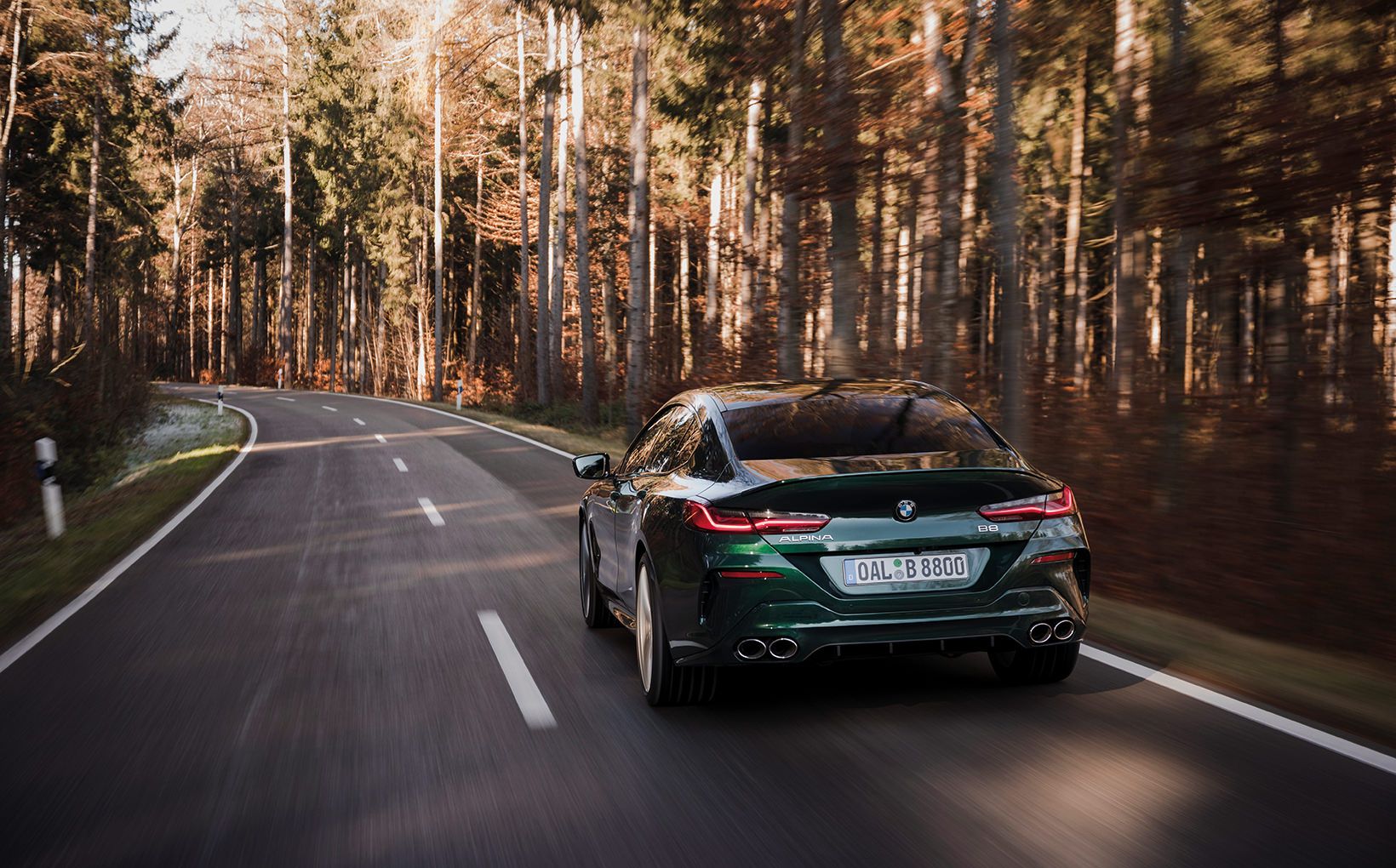 It looks largely the same, but there are some drastic changes under the skin.

But the recipe and methodology is more complex than many might expect.

The first port of call is the engine bay where you will still find the familiar M twin-turbo 4.4-litre V8, however Alpina has applied its own bespoke tune to the mill to change its driving characteristics. 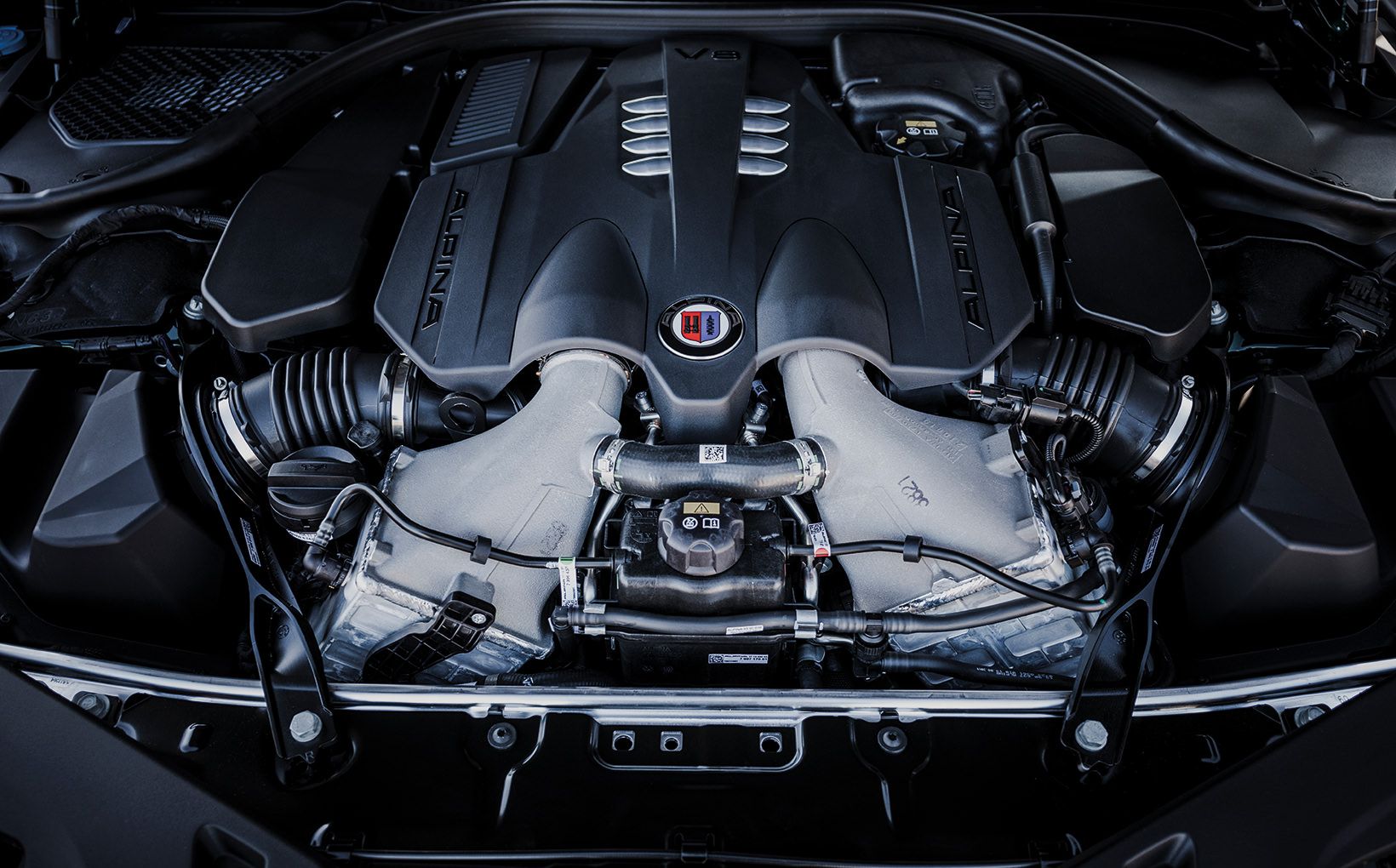 The B8 is down slightly on power, trumps the M8 for torque.

When the Alpina tune is added, the kilowatt count does drop slightly to 457kW, however maximum torque has been increased by a hefty 50Nm to 800Nm in the name of low-end, real-world performance.

As with its donor car, drive in the B8 GC is sent to all four wheels via an eight-speed automatic transmission.

When all is said and done, Alpina claims its four-door creation will sprint from 0-100km/h in 3.4 seconds and push on to a top speed of 324km/h, sipping 11.9 litres of fuel per 100km on the combined cycle. 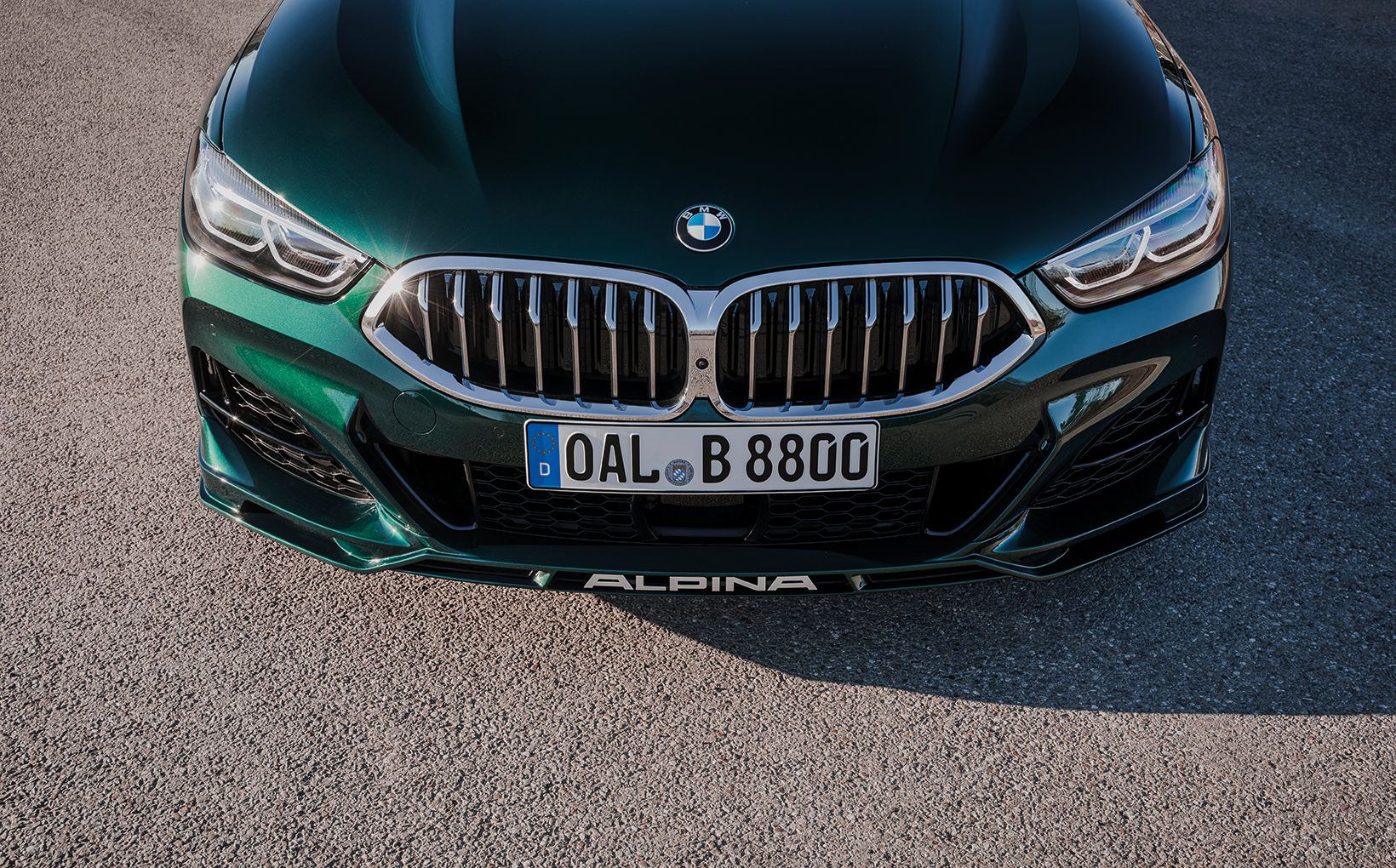 Next up is the suspension which scores Alpina’s own tried and tested adaptive system, including its signature ‘Comfort+’ drive mode which gifts the B8 GC a softer and more compliant ride than its BMW M counterpart.

To help the big four-door coupe be as agile and manoeuvrable as possible, speed-sensitive four-wheel steering is added as standard with the rear axle counter-steering by up to 2.3 degrees at slow speeds before switching to provide enhanced stability at higher speeds by turning in the same direction as the front wheels.

Connecting everything to the road below are a set of high-performance Pirelli tyres wrapped around a set of bespoke 21-inch alloy wheels, behind which hides an upgraded braking system courtesy of Brembo. 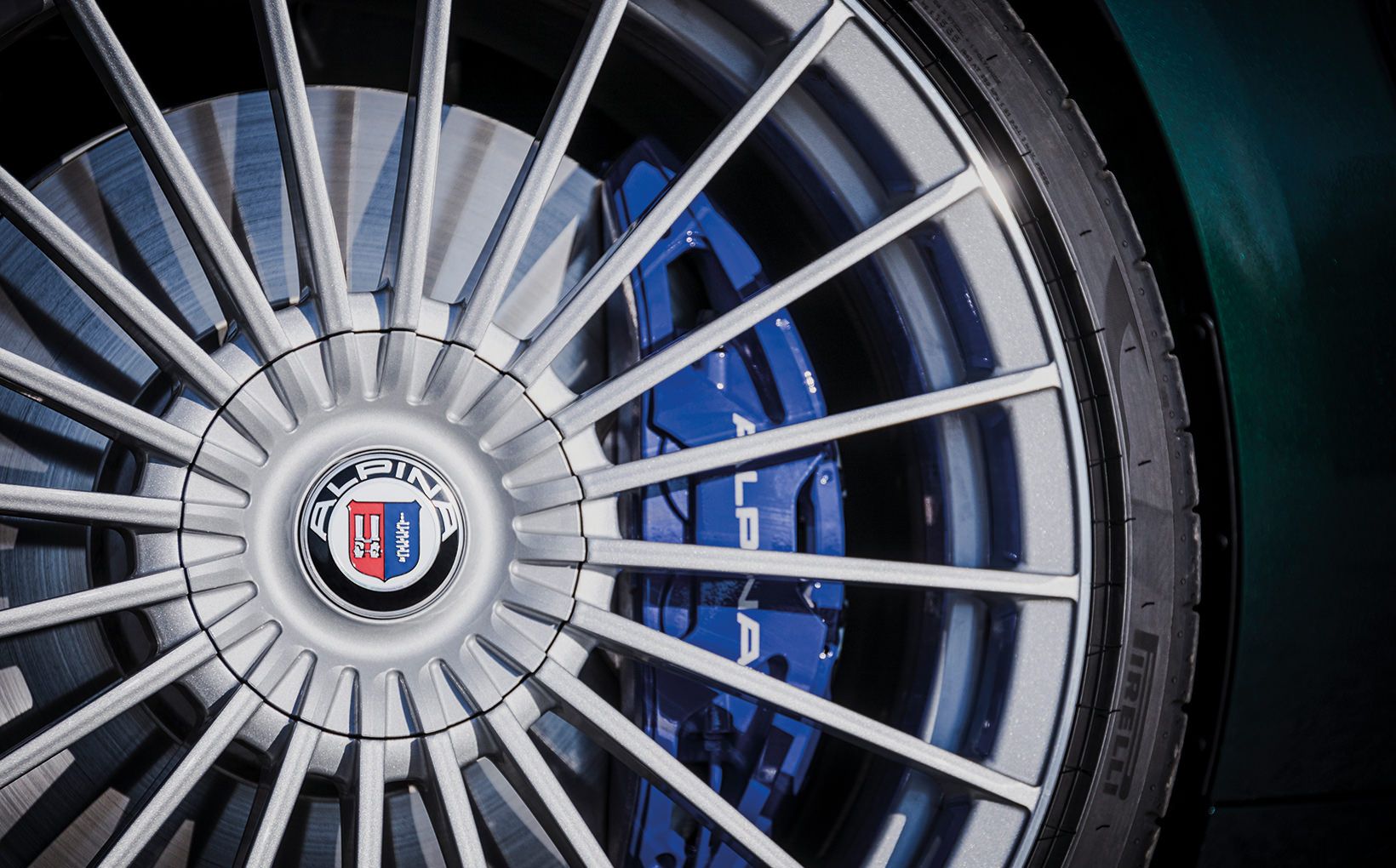 They may say Alpina, but those stoppers are straight from Brembo.

The four-pot grabbers act on Alpina’s own 395mm drilled front rotors and 398mm rear discs with the pads also being developed in-house.

At first glance, it would be all too easy to mistake the B8 GC for a fancy-coloured M8 but if you look a little harder you’ll notice the metallic green hero colour isn’t actually offered on an M8 GC.

A true BMW M fan should be able to spot the new front bumper at the very least – ignoring the fact is says ‘Alpina’ in white font across the chin – as well as those bespoke alloys while the ‘Alpina’ and ‘B8’ badging on the back should be a dead giveaway. 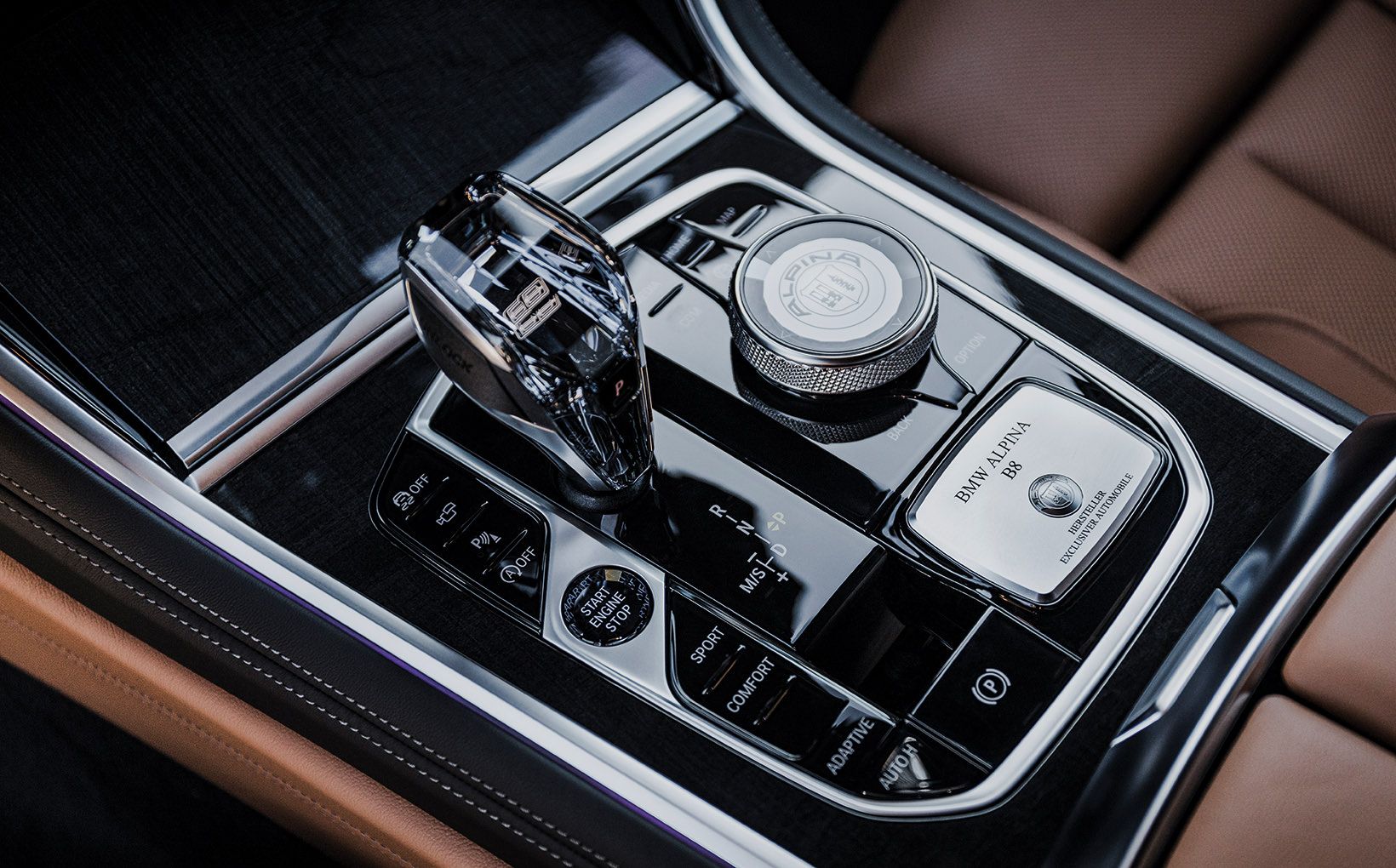 Luxury and performance are still the names of the game.

Matching the exterior design, the cabin is also decidedly BMW save for a few Alpina touches here and there like the illuminated door sills, crystal glass iDrive Controller and the now familiar Walnut Anthracite high-gloss accents.

An Australian launch and subsequent pricing is yet to be announced by the local arm of Alpina however given the B8 GC will be the brand’s flagship for the foreseeable future, we would expect it to make its way into local showrooms at some stage either later this year or early in 2022. 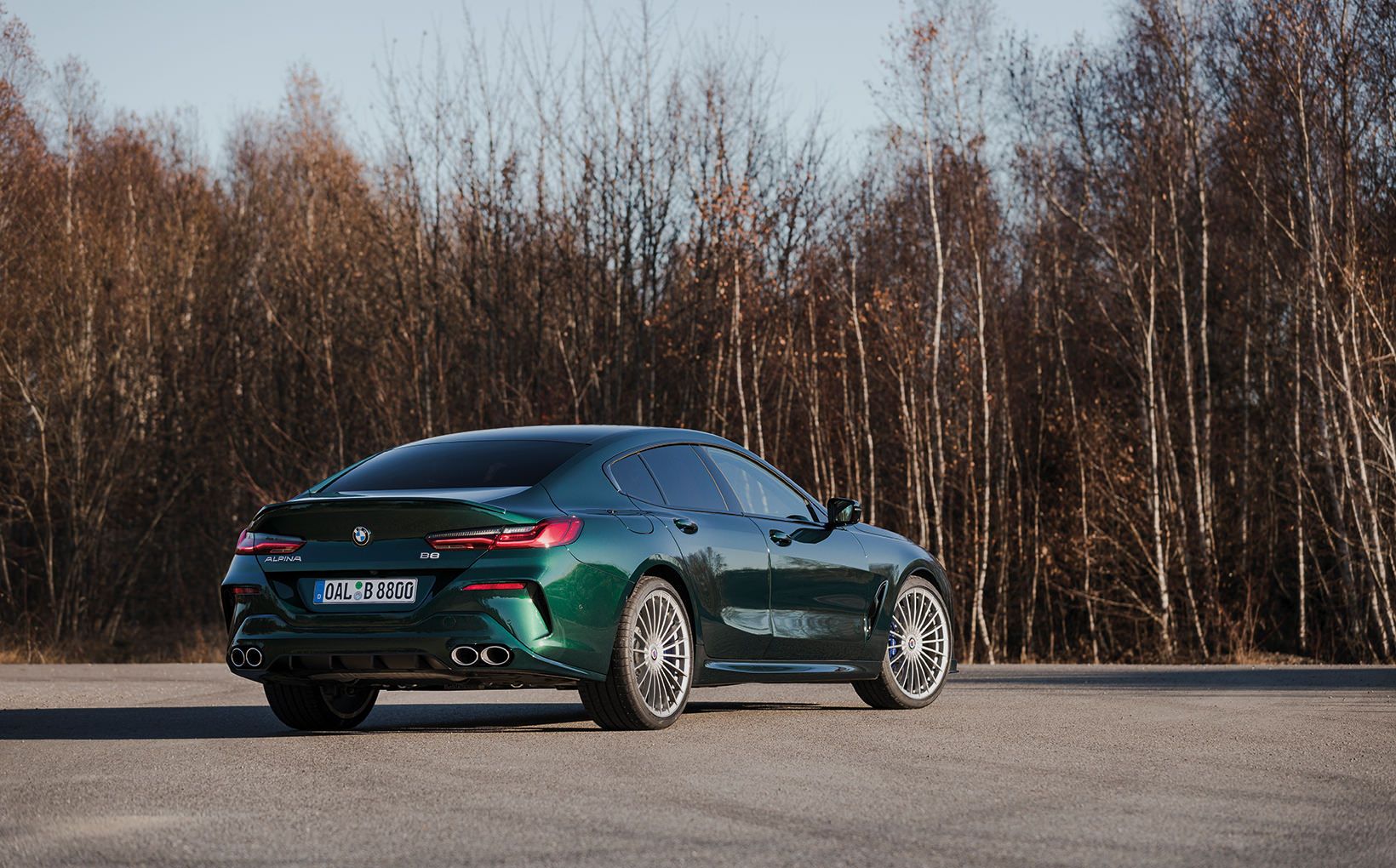 We’ve asked Alpina Australia when the B8 GC is due here… fingers crossed it’s soon.

European deliveries meanwhile will reportedly commence in July with the car flaunting a €161,200 ($A250,605) asking price in its native Germany.