Who said the Australian car manufacturing industry is dead? Ever since Holden and Toyota shut up shop in October 2017, pockets of it thrived in the absence of mass production – and continue to do so today.

Look no further than the latest example of this: Ford Australia’s Mustang R-Spec. Denied access to the new Shelby Mustang GT500 due to a lack of right-hand-drive production, the Blue Oval sought an exclusive solution for its performance-hungry fans Down Under. 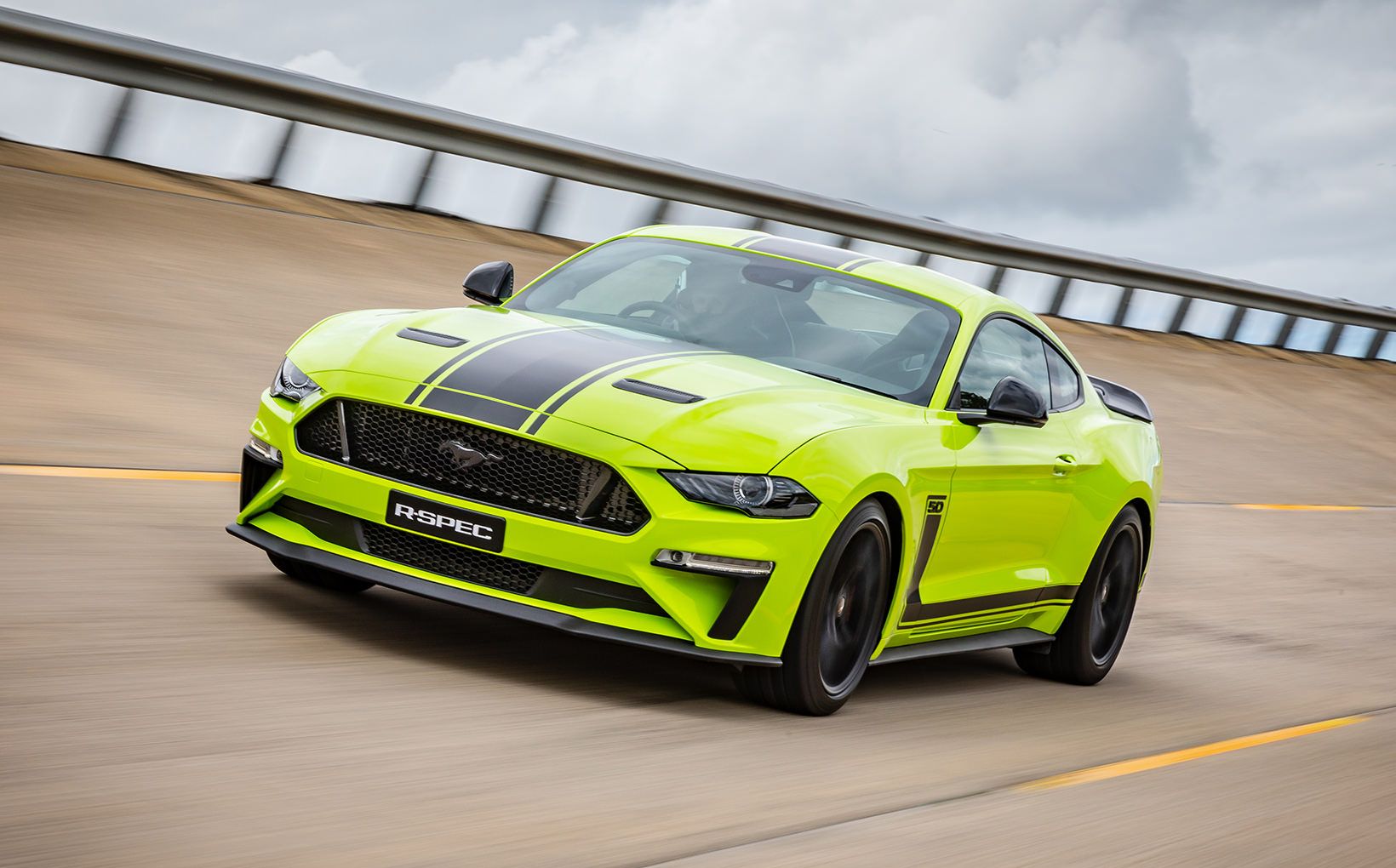 The result is most potent version of the sixth-generation Mustang that Aussies are likely to see in factory RHD. And to signify its positioning at the very top of the Pony car ladder, this model wears Ford Australia’s famous ‘R-Spec’ badge last used on Falcon-based FPV models.

But the Blue Oval couldn’t do it alone, so it partnered with the largest distributor of Ford Performance parts outside of North America, Herrod Performance, which has a reputation for turning ‘regular’ Mustangs into drag-strip monsters.

It’s no surprise, then, that the aftermarket outfit strapped on its ‘2650’ kit that includes a Roush Performance co-developed 2.65-litre supercharger that pumps 12psi of boost into a 5.0-litre V8 that already produces 339kW of power and 556Nm of torque. 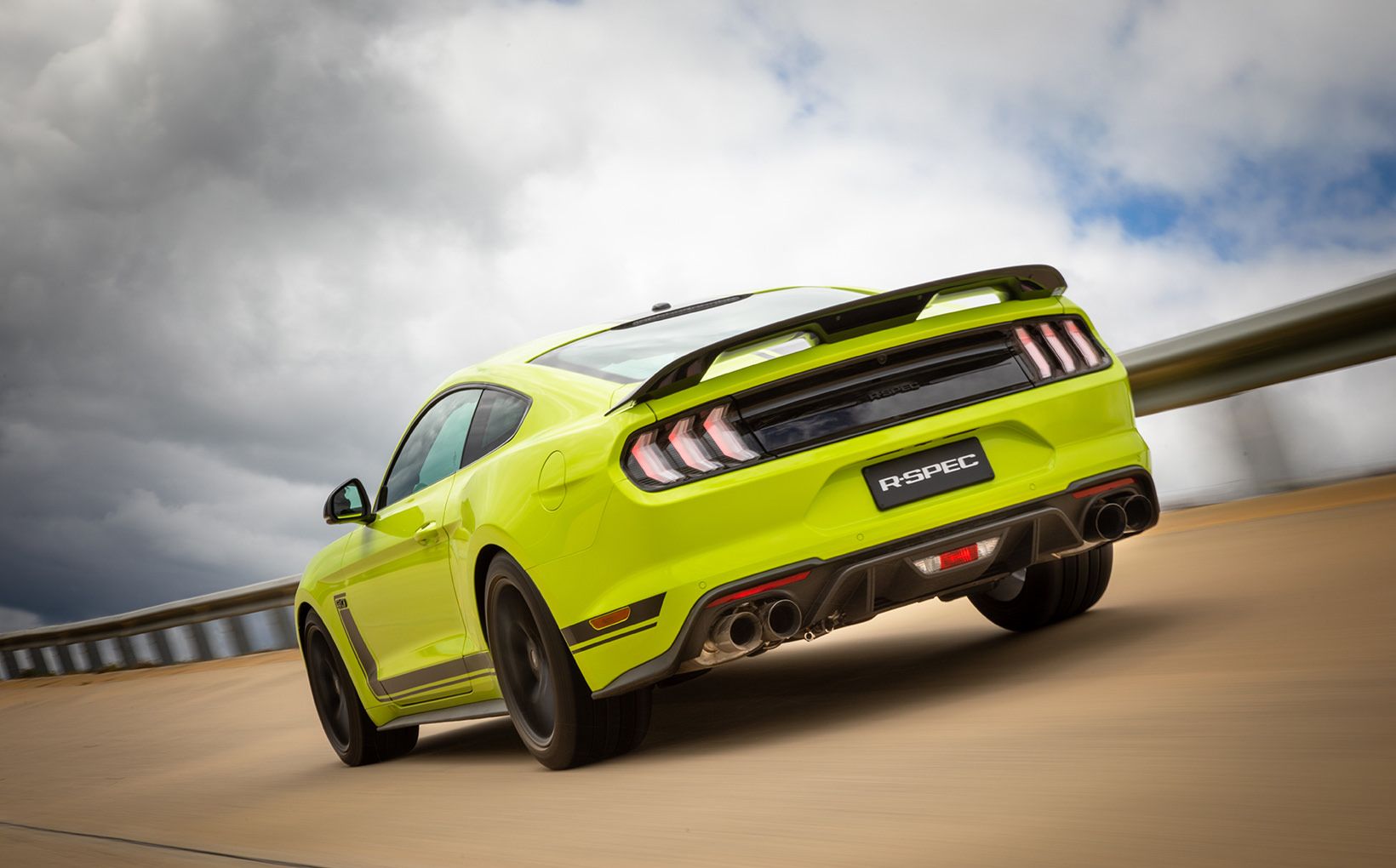 The ‘R-Spec’ badge was last seen on FPV’s Falcon-based models in 2014 but has been revived for this potent Mustang.

The end result? Well, the truth is we don’t really know yet as the outputs quoted by Herrod Performance’s 2650 kit are based on the SAE standard favoured in the US and not the DIN method used Down Under.

For argument’s sake, though, Ford Australia says to expect more than 500kW and 800Nm, which sounds about right given this set-up develops 522kW and 827Nm when using the SAE standard.

So, should Mustang R-Spec owners be jealous of their Shelby Mustang GT500 counterparts? A little bit, maybe. The latter makes an astounding 567kW and 847Nm (SAE) thanks to its larger 5.2-litre displacement, so for some it might be case of ‘close, but not close enough’. 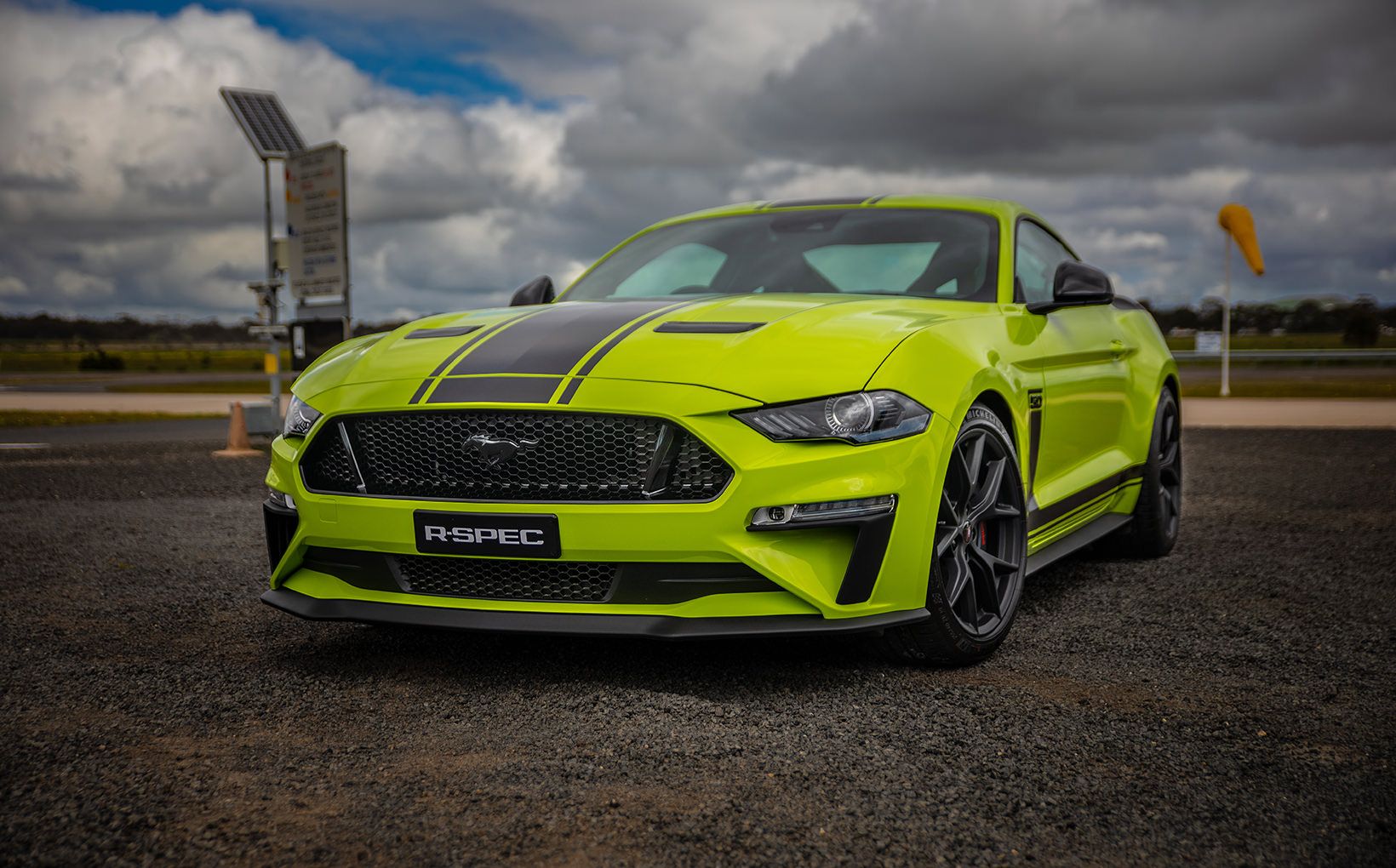 Trainspotters will identify the Mustang R-Spec via its lower front valance that features a larger intake for increased airflow.

The Mustang R-Spec’s performance figures also haven’t been released yet, but given that the Shelby Mustang GT500 demolishes the zero-to-60mph (97km/h) sprint in 3.5 seconds and completes a quarter-mile (402m) pass in less than 11 seconds, it should be quick.

However, the Mustang R-Spec’s straight-line abilities are likely to be limited by the fact that it forgoes the Shelby Mustang GT500’s Tremec-sourced seven-speed dual-clutch automatic transmission for the purist-friendly six-speed manual from the GT Fastback it is based on.

Of course, the Mustang R-Spec is more than just an engine upgrade, with Herrod Performance also throwing in a sports exhaust system with four modes, from Quiet to please the neighbours to Racetrack, for when you want to wake up the entire neighbourhood. 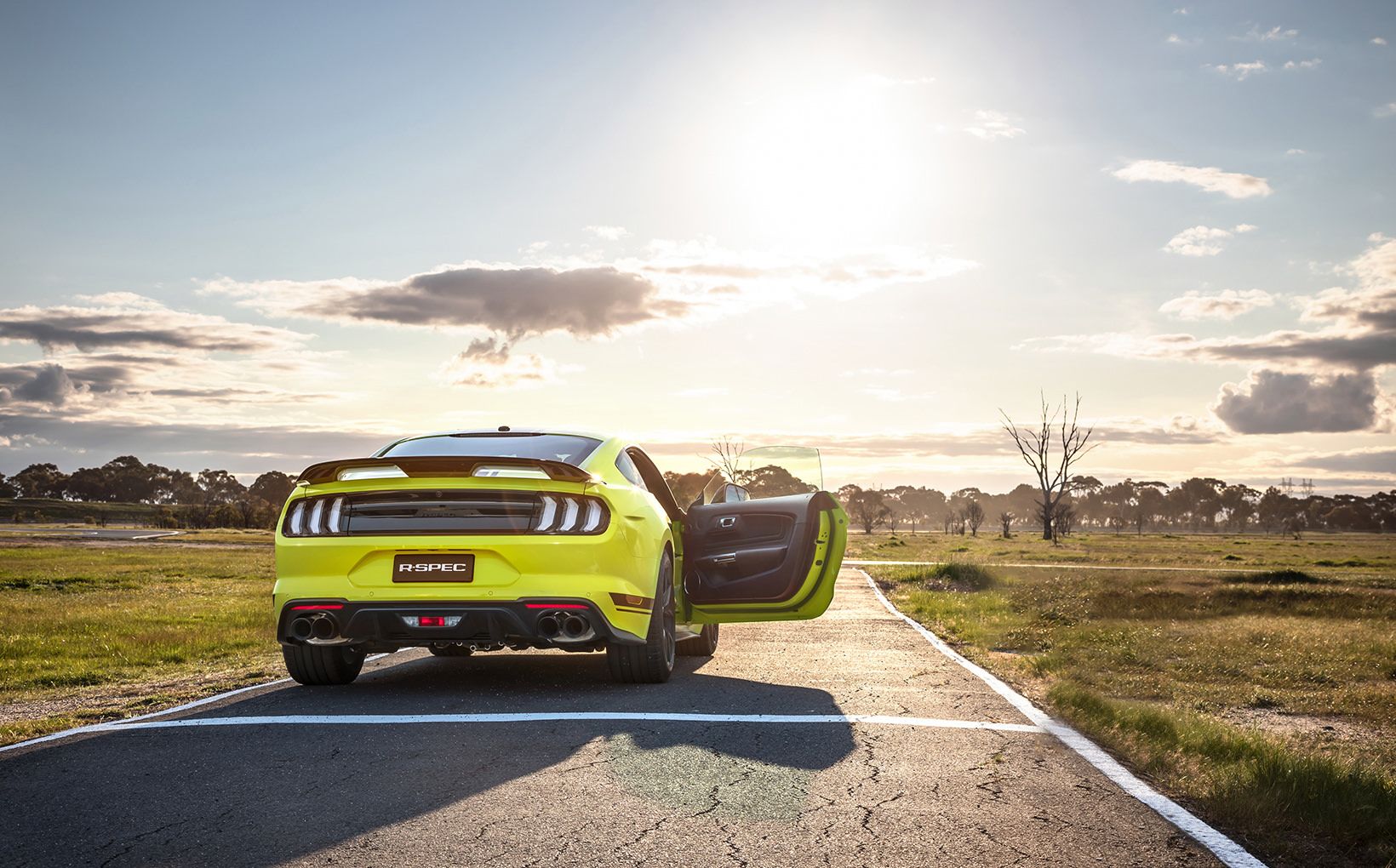 Riding 20mm lower than the GT Fastback thanks to firmer Ford Performance springs, the Mustang R-Spec also gets a special calibration for its standard adaptive dampers.

Adjustable Ford Performance stabiliser bars are also thrown into the mix, measuring 5mm and 3mm chunkier than the GT Fastback’s items at the front and rear respectively. 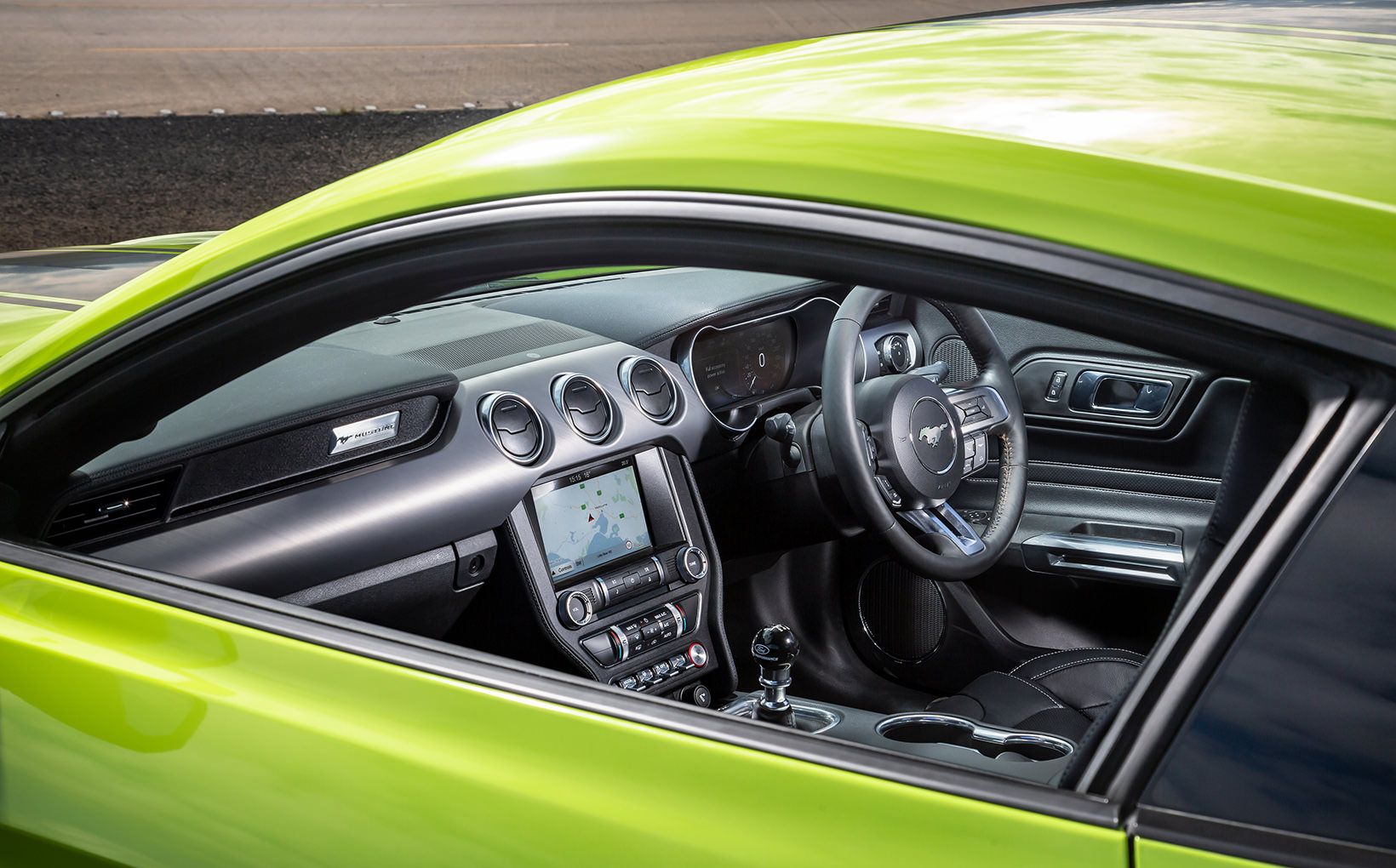 Inside the Mustang R-Spec, it’s business as usual, but a Ford Performance gear knob hints at what lies under its bonnet.

Ford Australia’s design studio in Broadmeadows, Victoria, also had a hand in the Mustang R-Spec, adding matte-black 19-inch Ford Performance alloy wheels and a matte-black decal package that includes side stripes that reference the FPV R-Spec models from 2014.

There’s also a unique lower front valance with a larger intake that increases airflow to the engine’s aluminium intercooler and full-face radiator.

A bespoke gloss-black rear spoiler completes the visual upgrades alongside gloss-black treatments for the grille insert and front ‘Pony’ badge. 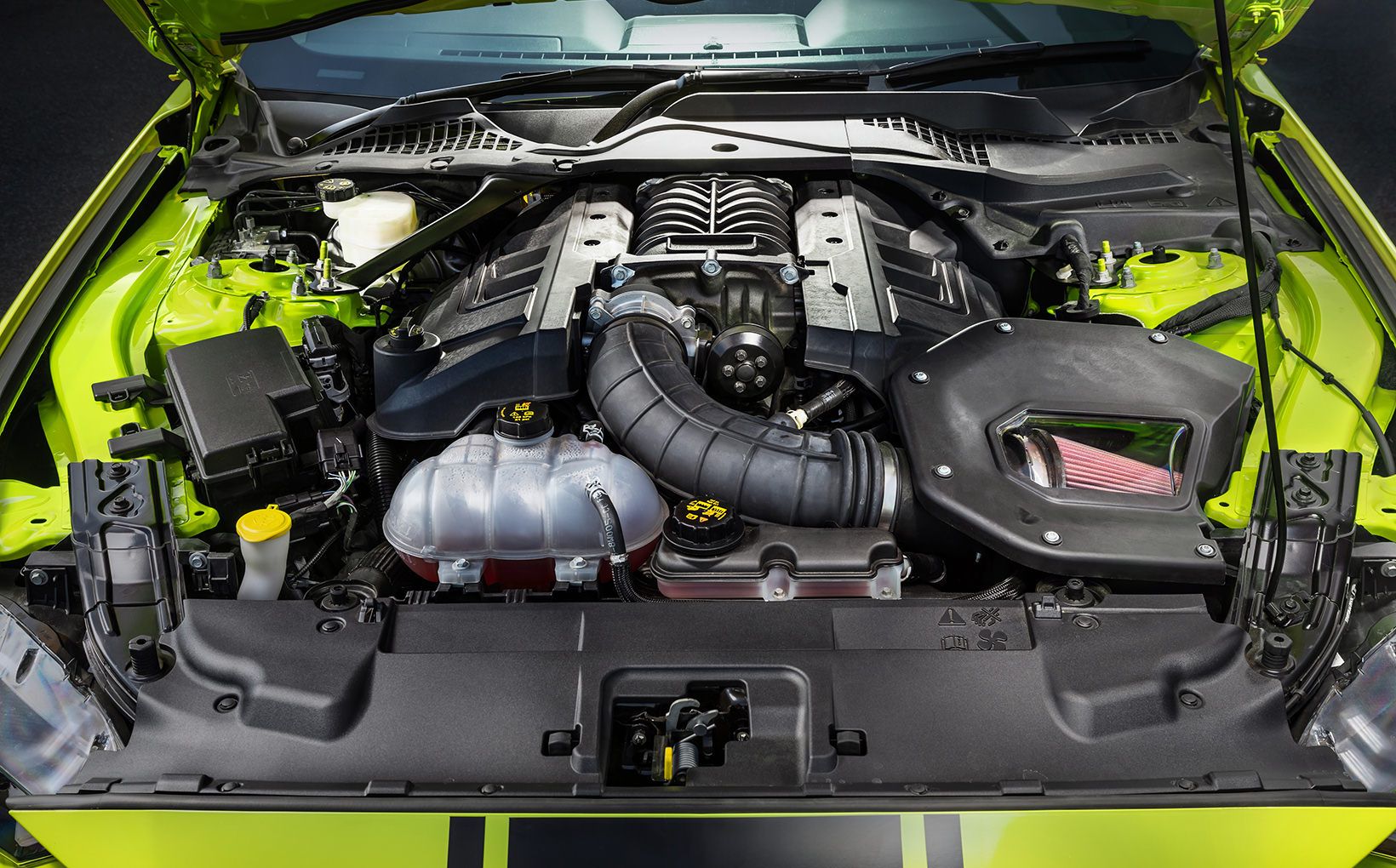 The Mustang’s 5.0-litre V8 has been given a big R-Spec tickle thanks to a huge 2.65-litre supercharger from Roush Performance.

Keen? So are we. But there’s a catch: just 500 examples of the Mustang R-Spec will be made available in Australia early next year, so you’ll have to get in quick to experience the latest high-performance Pony car.

Even though we’re still a few months away from its launch date, Ford Australia has already announced pricing for the Mustang R-Spec, confirming that it is priced from $99,980 plus on-road costs – a not-so-insignificant $36,690 more than the GT Fastback. 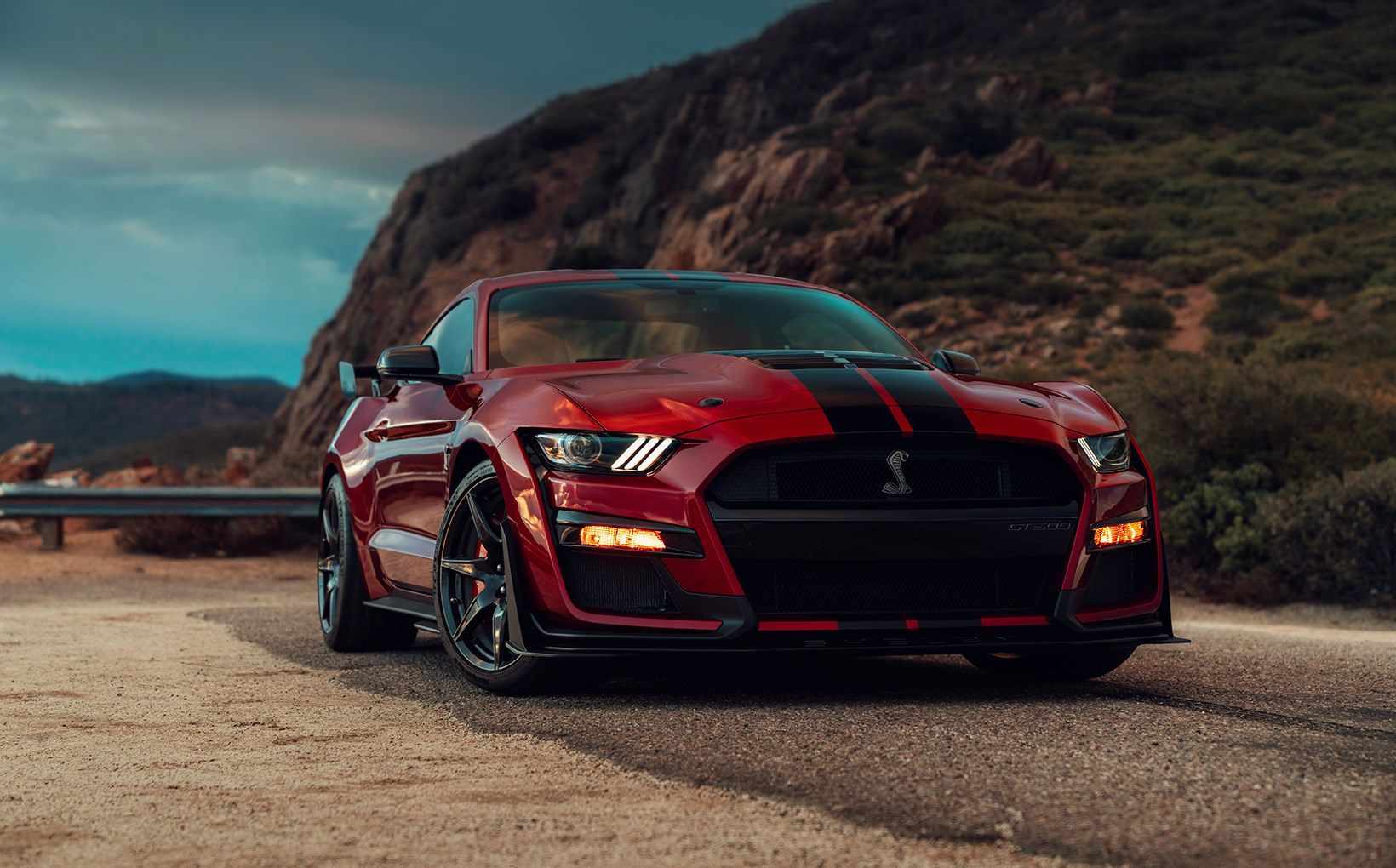 RHD market Australia misses out on the 567kW/847Nm Shelby Mustang GT500, but the Mustang R-Spec is the next best thing.

The deal gets sweeter as the Mustang R-Spec is backed by Ford Australia’s dealer network and five-year/unlimited-kilometre warranty following factory testing and validation that were carried out at its You Yangs proving ground.

And the best part? All 500 Mustang R-Specs will be built on a ‘second stage’ production line at Ford Australia’s Asia Pacific Product Development Centre in Broadmeadows, Victoria. Now remind us again, who said the Australian car manufacturing industry is dead?

Protect your Mustang. Call Shannons Insurance on 13 46 46 to get a quote today.