The age of the electric vehicle seems to have inspired a number of little-known companies to get into the car manufacturing game, with many following the Silicon Valley blueprint of a trailblazing start-up looking to offer an innovative product while shaking up the industry as we know it.

Brands like Rivian, Fisker, Lucid, and the company that started it all – Tesla – have all thrown their hats in the ring with new, exciting products often underpinned by electric powertrains.

However a new Californian kid has arrived on the block, announcing itself with a radical new plug-in hybrid hypercar that promises staggering performance and an eye-catching look to match. 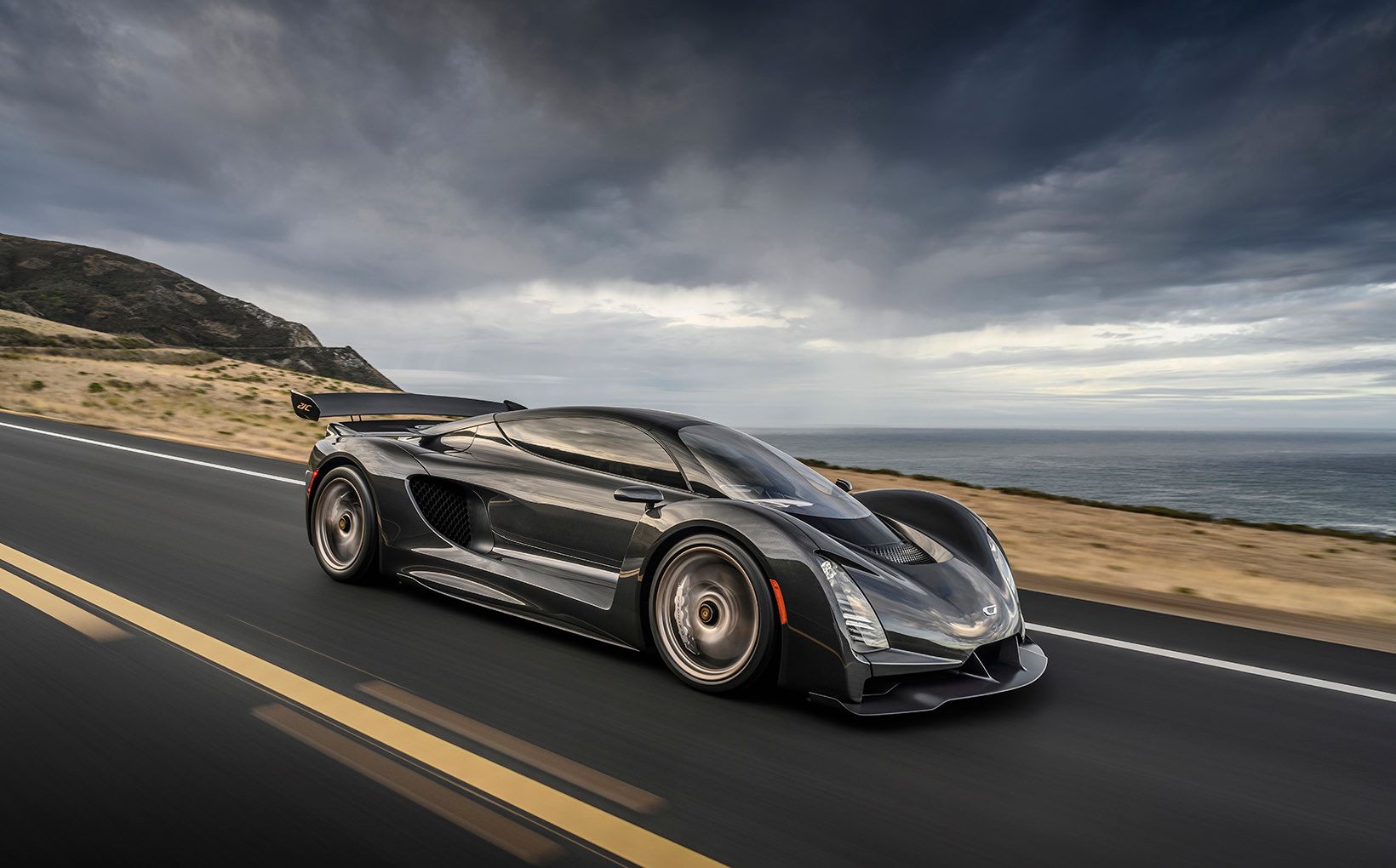 The Czinger 21C is the latest high-performance sportscar from a start-up Californian car-maker.

Founded just last year, the LA-based Czinger vehicles has made a big splash in the automotive world with the reveal of its 21C hypercar, which the brand says features straight-line performance that will leave the likes of the Bugatti Chiron and Porsche 911 GT2 RS in its wake.

The 21C, named as to be a hypercar for the 21st century, uses a powertrain developed in house that features a mid-mounted 2.9-litre twin-turbo, flat-crank V8 able to rev to a dizzying 11,000rpm.

This is teamed to a pair of high-output electric motors mounted on each of the front wheels with torque vectoring, and a combined crank-driven starter and generator to recuperate energy. 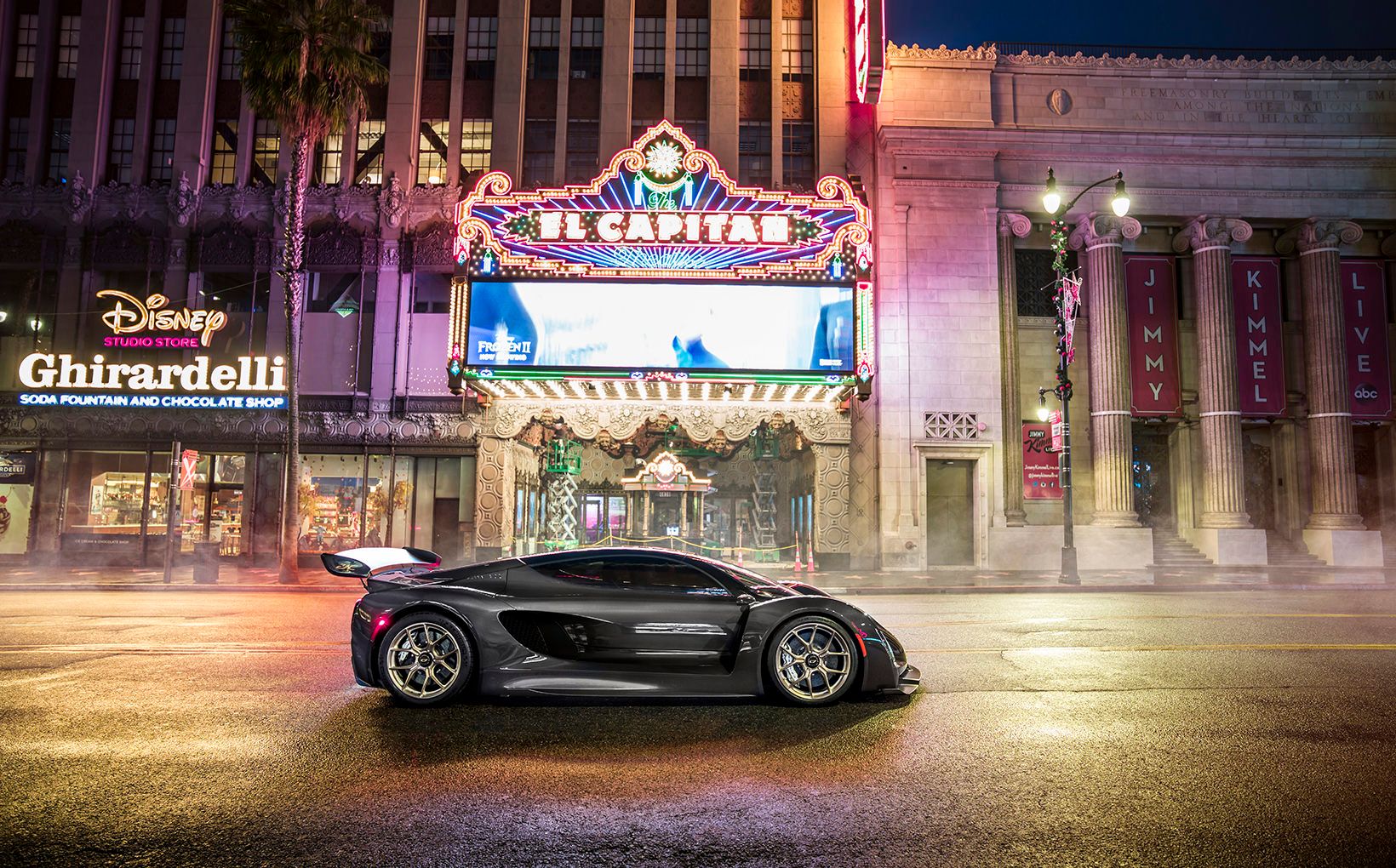 A seven-speed sequential transaxle gearbox with a multi-plate clutch is on shifting duties, with total power outputs for the self-developed hybrid powertrain coming out at a massive 1250hp (932kW) at 10,500rpm.

Did we mention the weight? Czinger put the 21C on a strict diet, with the two-door coupe tipping the scales at 1250kg – that’s a perfect 1:1 horsepower-to-kilogram weight ratio.

A different, track-focused variant called the Lightweight Track Configuration will also be offered, which drops the weight down to just 1218kg. 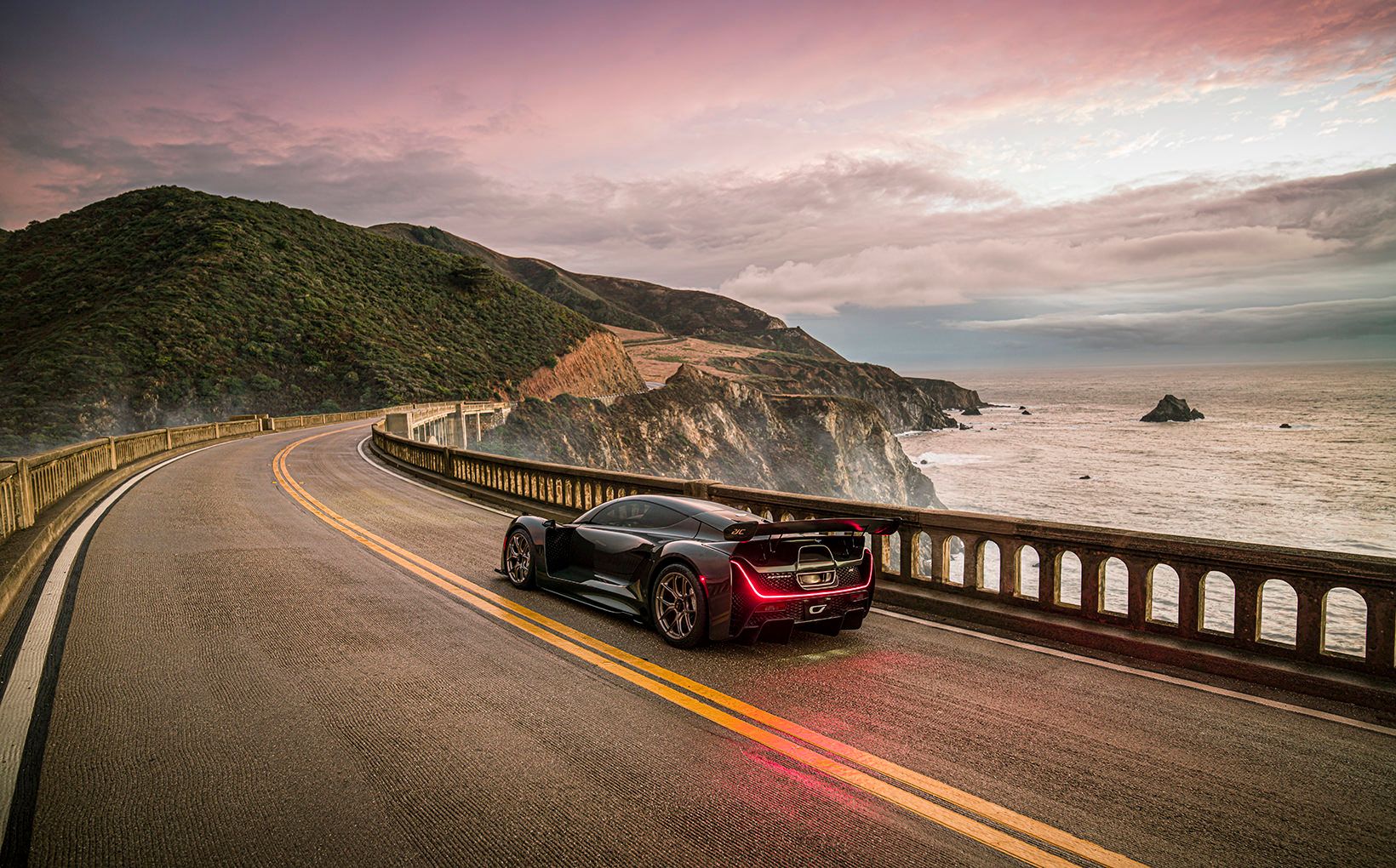 A light kerb weight, staggering peak power and electric assistance is the perfect recipe for insane performance, and the 21C is no different with a claimed zero-to-100km/h sprint time of just 1.9 seconds – faster than any production vehicle on sale in Australia today.

Completing the quarter-mile drag race takes only 8.1 seconds, while top speed is pegged at a fearsome 432km/h.

Stopping power is also rapid, with the 21C able to go from zero to 300km/h and back to standstill in just 15 seconds. 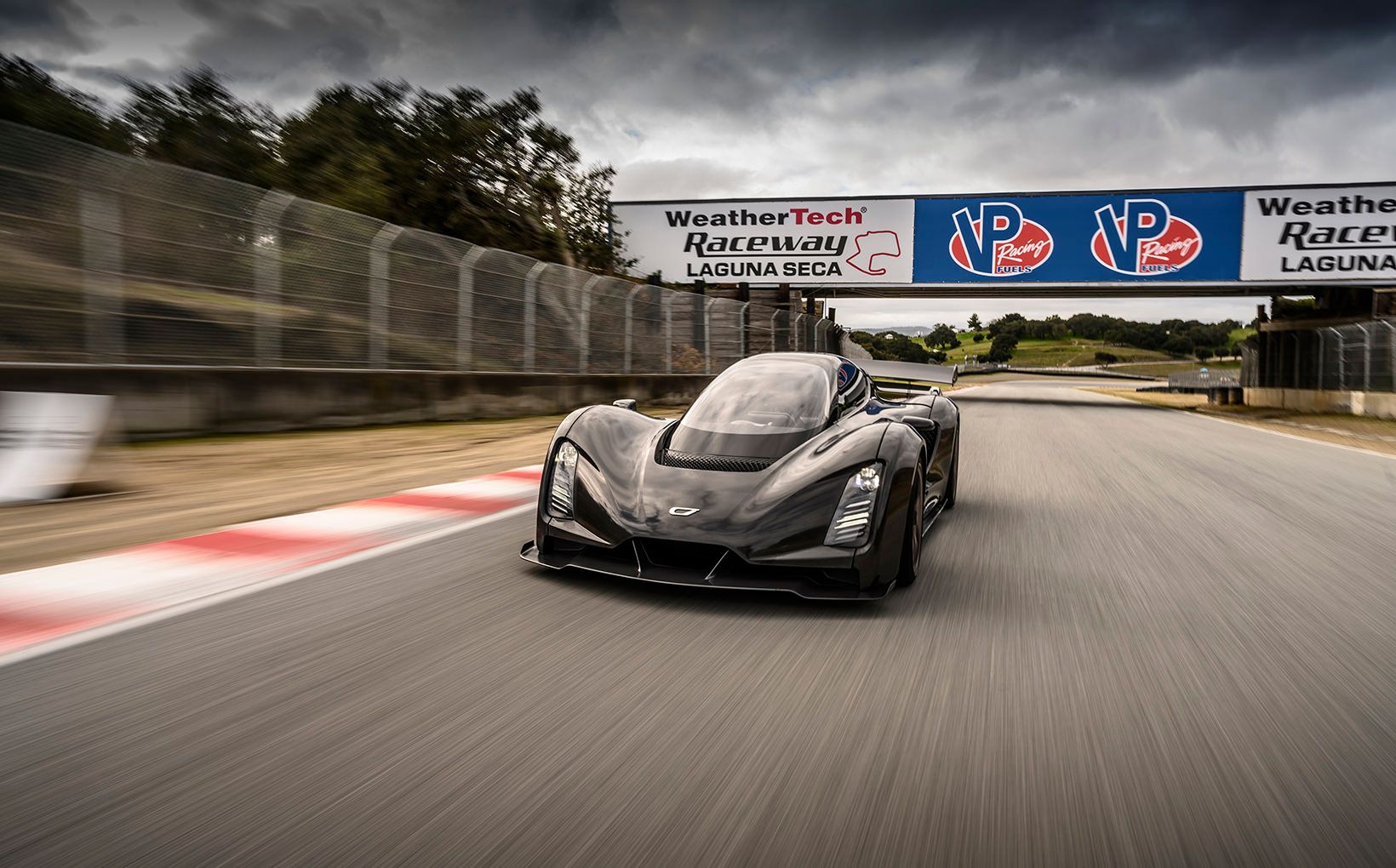 Reaching 100km/h from standstill takes just 1.9 seconds in the 21C.

Czinger will be producing just 80 overall examples of the 21C (including the track configuration) meaning an Australian arrival is likely off the cards, however the price tag for prospective buyers is sure to be worthy of a Silicon Valley CEO.

The 21C’s aggressive performance figures are matched by its exterior design, which features all the hallmarks of a special performance car with aggressive sculpting and plenty of aerodynamic help.

From the front, the 21C features vertically arranged headlights that accentuate the pronounced front wheelarches, while the sunken bonnet flows forward and down to the aggressive front splitter. 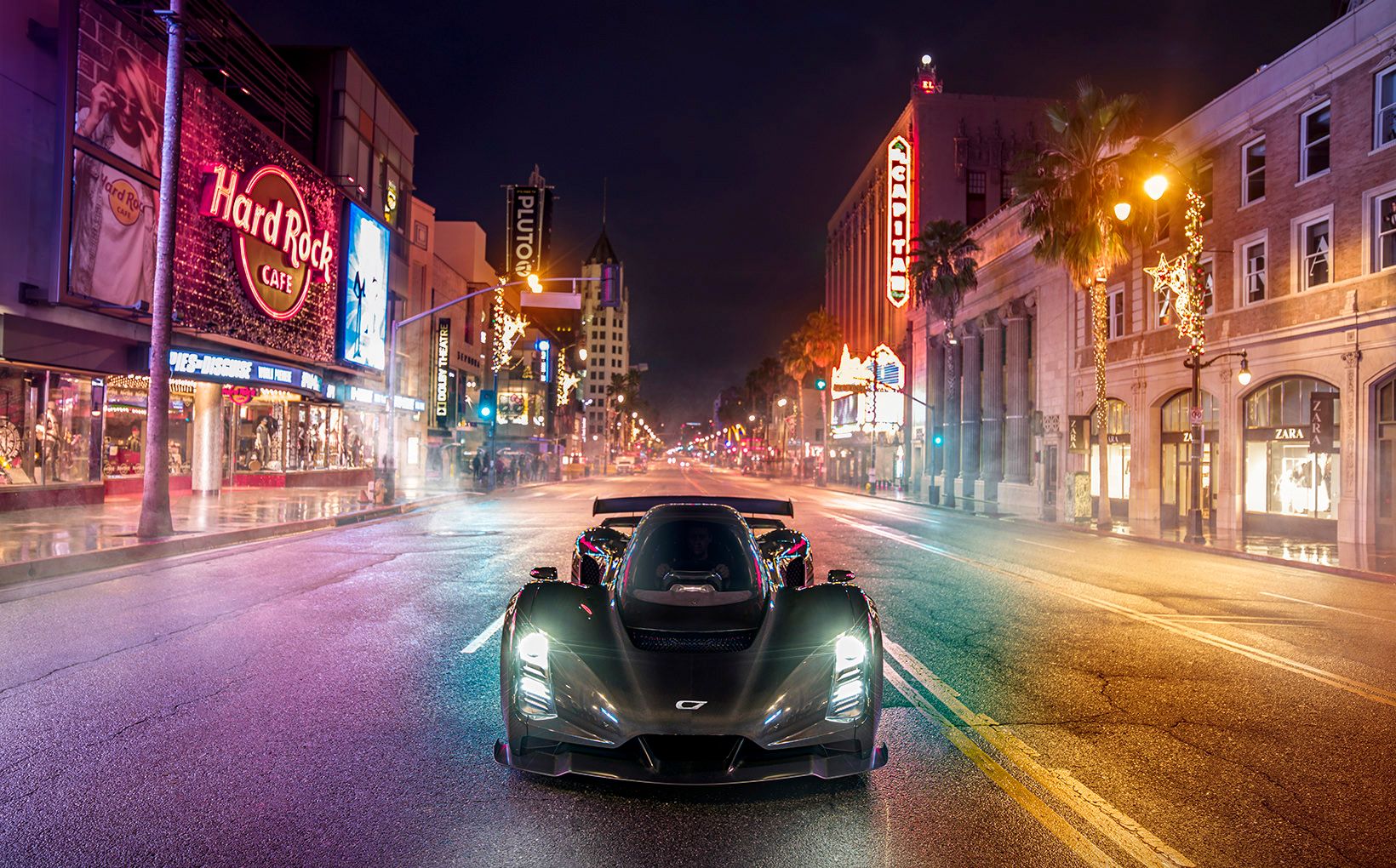 The 21C features a unique design including a one-seat cabin layout.

Large alloy wheels with a bronze finish and shod in special Michelin rubber add visual flare, while the bonnet helps wind to pass over the wheelarches and into the massive air intakes that sit in front of the rear wheels.

At the rear, the 21C sports a huge carbon-fibre fixed wing spoiler, while a thin, curved LED light strip runs across the rear of the vehicle to give it a sense of width.

This is contrasted with a black mesh design across the rear fascia, while a chunky rear diffuser enhances the 21C’s boxy rear end. 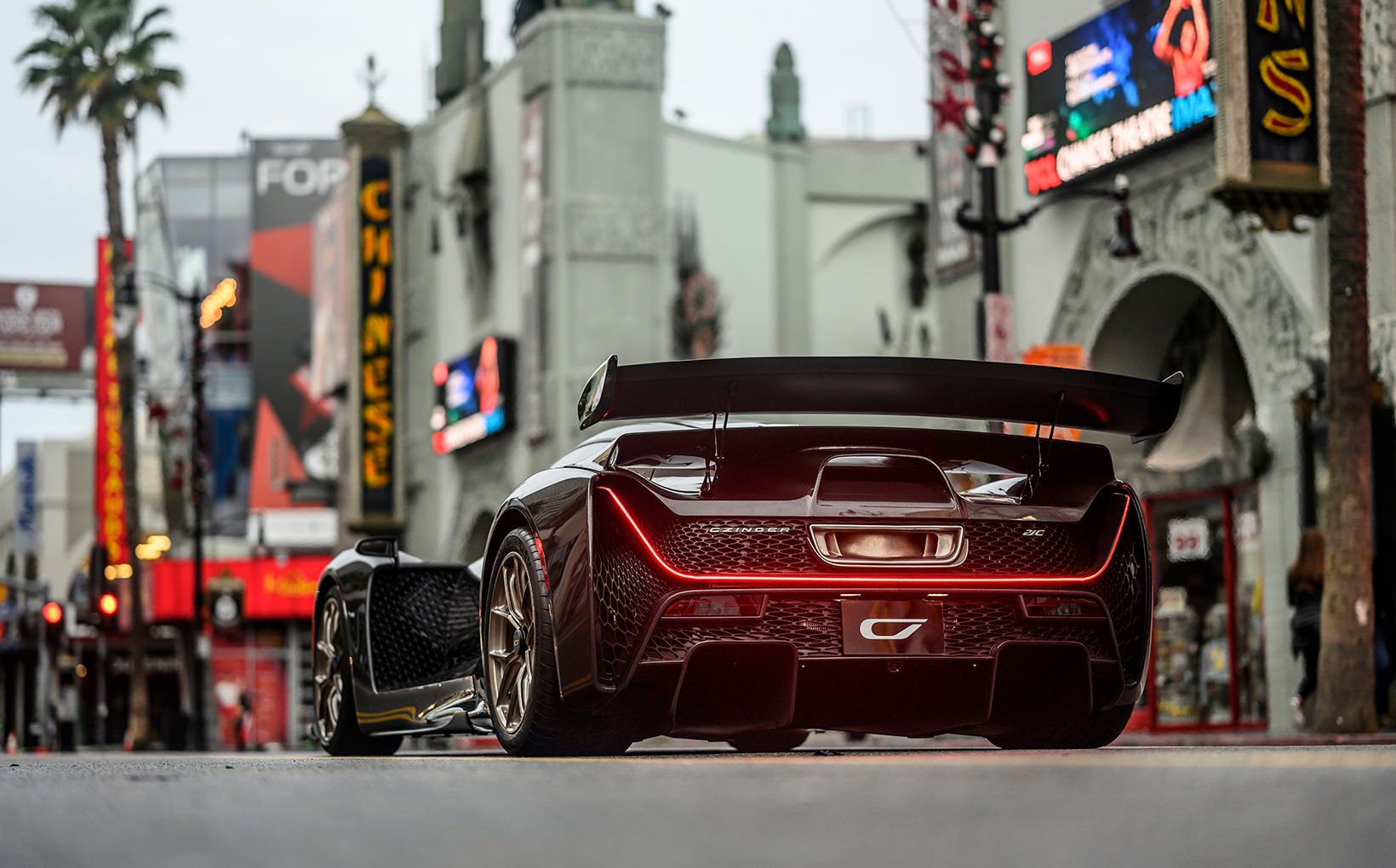 Carbon-fibre is used generously throughout the 21C’s chassis and body panels, while the entire car is assembled by a team, who fit everything from seat brackets to suspension components.

Inside, the 21C features only a single-seater cabin with the driver positioned in the centre of the vehicle, however the brand has given little away about how it looks, other than saying it has partnered with Alcantara for upholstery.

Czinger will also launch its brand when it debuts the 21C at the Geneva motor show, making it the latest in a line of futuristic start-up companies to come out of California. 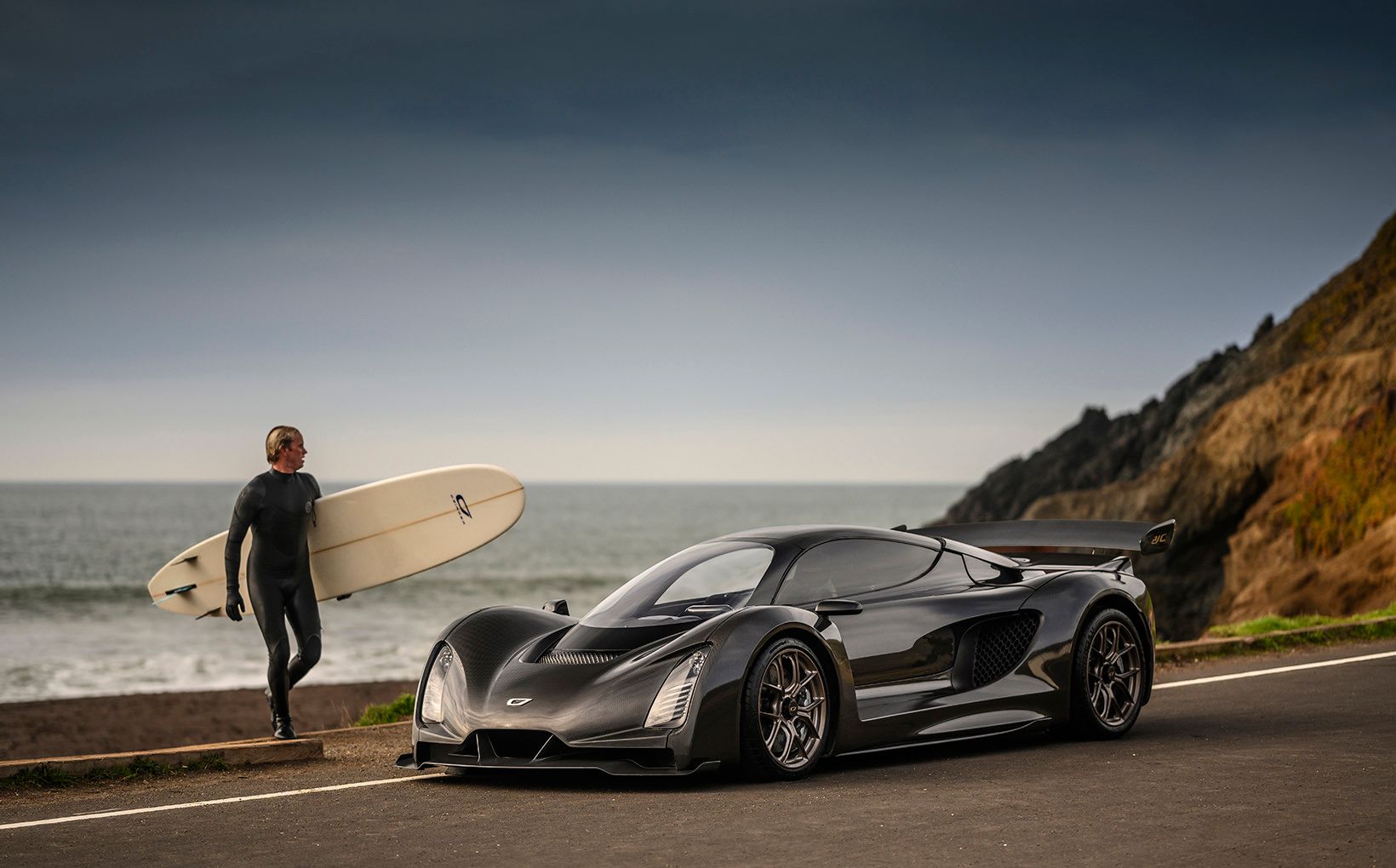 Czinger has not released pricing for the 21C, however it sure won’t come cheap.

Following in the footsteps of Tesla, Rivian burst onto the scene in 2018 with its R1T EV pick-up and R1S SUV, and has since scored investments from Amazon and Ford to make its models a reality.

Automotive designer Henrik Fisker and his company Fisker have shown off all-electric sedan and SUV designs in recent years, boasting plenty of power and driving range. 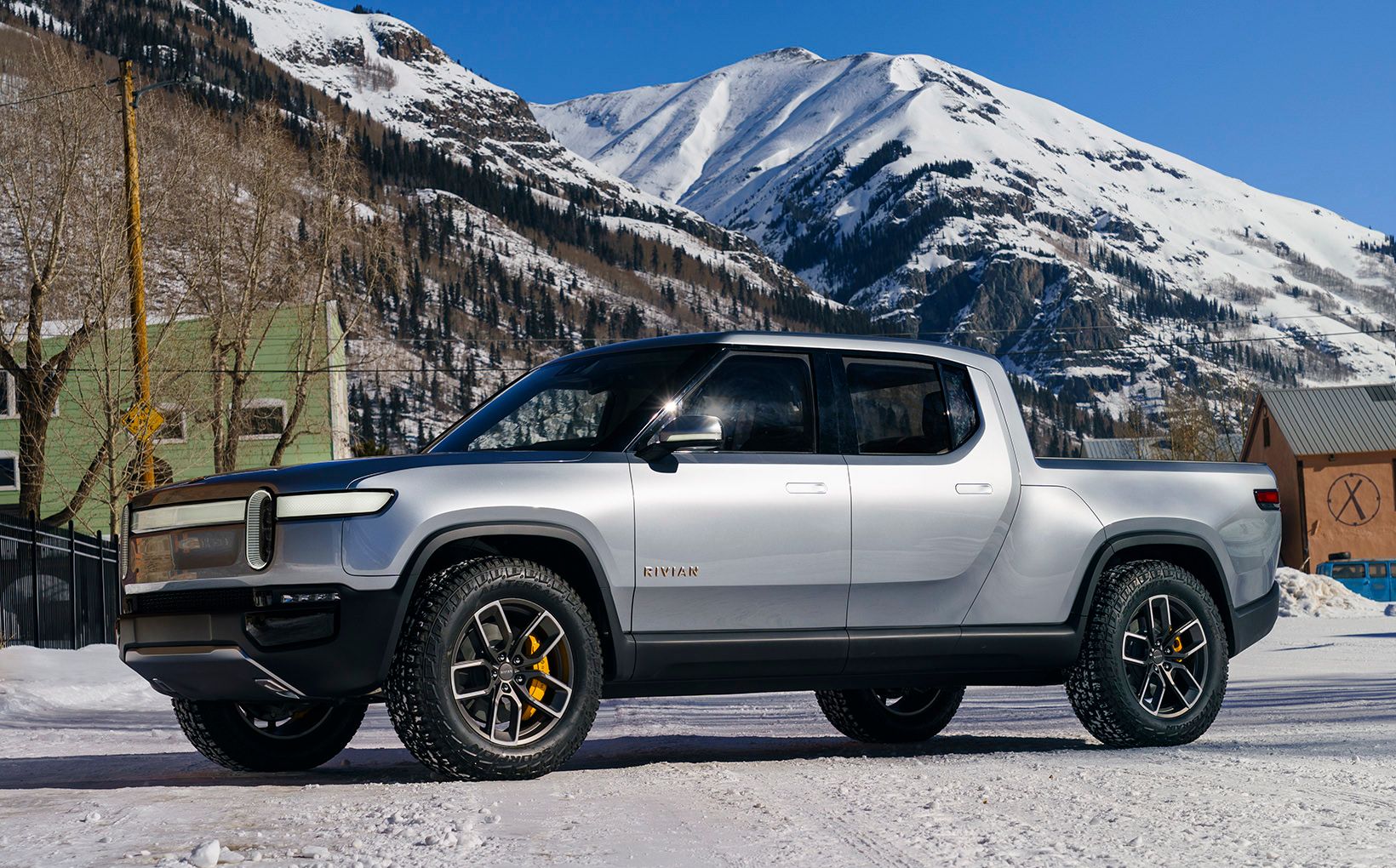 Rivian and its R1T is another example of a recent start-up American car-maker.

The future is bright with a range of new, exciting car-makers creating new, exciting vehicles – let’s just hope they make their way to Australia.