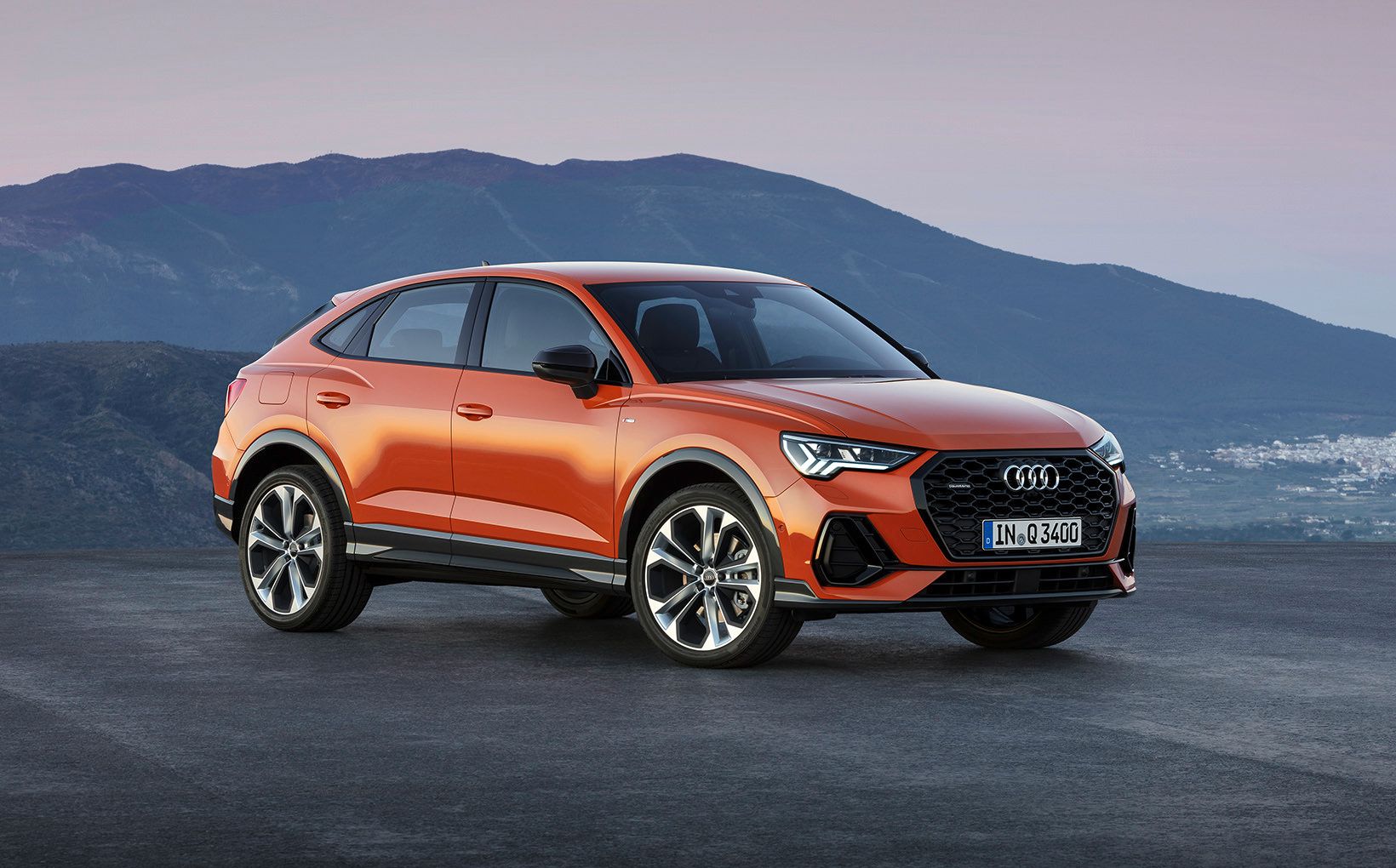 AUDI has long been about the finer details. For proof, check out the exquisite materials inside or intricate shutlines outside. Collectively, the cars from Ingolstadt are literally works of art on wheels.

But dropping the roofline of a small SUV – in this case the second-generation Q3 due in Australia by the end of the year – by 25 millimetres, stretching the body by 15mm and making the rear window a little more raked is taking detailing to a whole new obsessive-compulsive level. Germans are big on small niches.

Introducing, then, the Audi Q3 Sportback. The clues are in the name – ‘sport’ for athletic, ‘back’ as in… err, rakish silhouette. These are the new affordable sporties. The Baby Boomers lusted after Ford Capris, Toyota Celicas and Honda Preludes; Gen Ys, Zs and Millennials have the SUV Coupe.

Look for it in an exclusive shopping-centre car park near you sometime in the second quarter of next year. 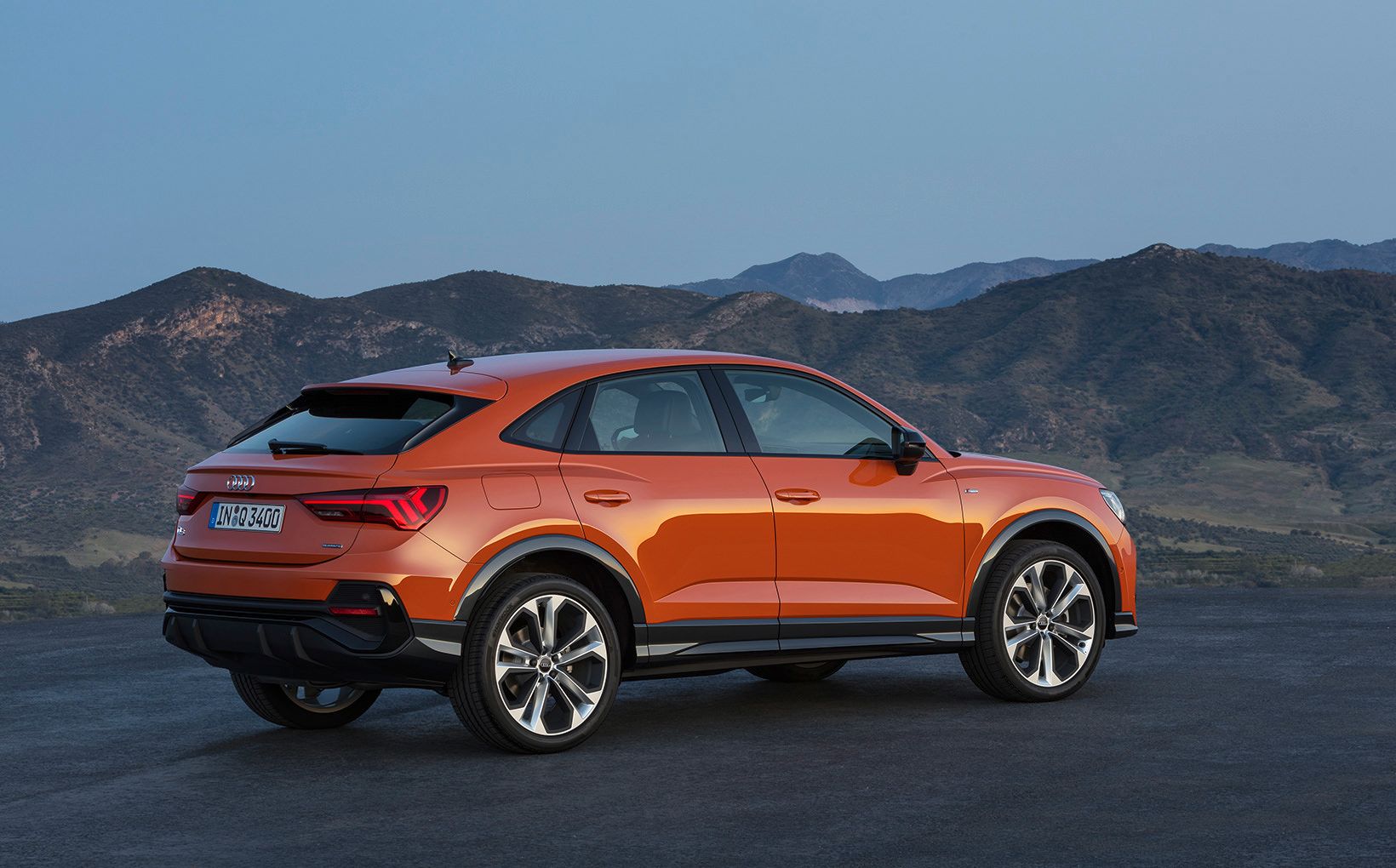 Those bulging rear wheelarches are meant to remind the Audi aficionado of the legendary 1980 Ur-Quattro coupe.

It’s a not-very-big segment, this compact sleek crossover class, admittedly. Currently, only the BMW X2 (no relation to the mid-1960s Holdens of that name) released about a year and a half ago in Australia is present. The Bavarian is essentially the same concept as the Audi – a small, front- or all-wheel-drive platform underpinning a small SUV, but with less height, less space and less practicality.

Mercedes is next up with the second-generation GLA, which is expected to be a bit sportier than the current, super-successful version now that the blocky GLB is here, and after that… who knows? 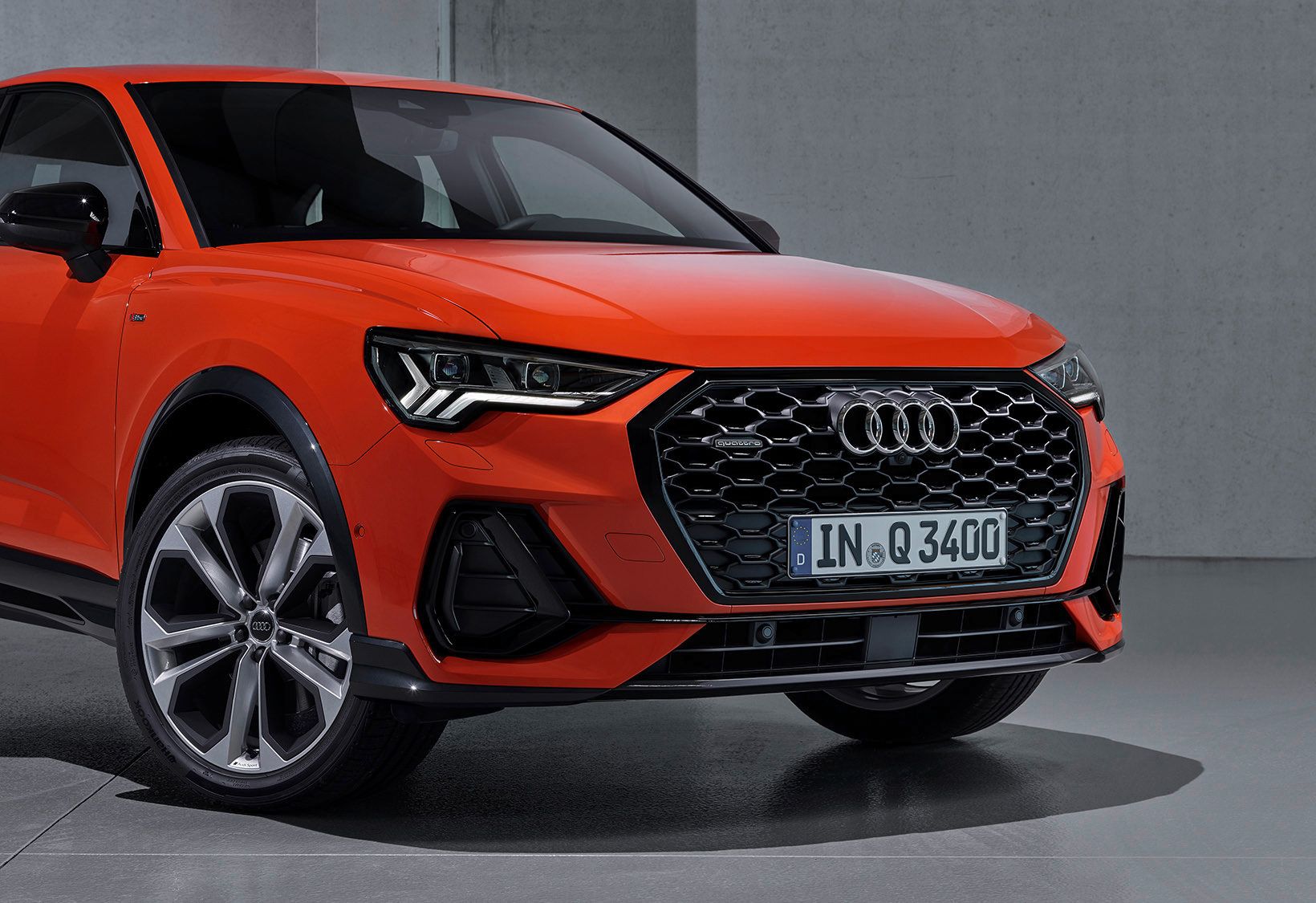 Until then, it’s a catfight between the X2 and Q3 Sportback. So, what does the Audi have going for it?

For starters, good looks. The striking orange example in these photos really shows off the contrasting black detailing circumnavigating the car like a thick application of lipstick.

Then there’s the hexagonal ‘singleframe’ grille and its honeycomb inserts jutting out like an American jock’s jawline; the headlights’ arrow-like LED elements are handsome and distinctive; the bulging wheelarches have more than a hint of classic Ur-Quattro about them; and the proportions seem pretty reasonable for a squished-up crossover. 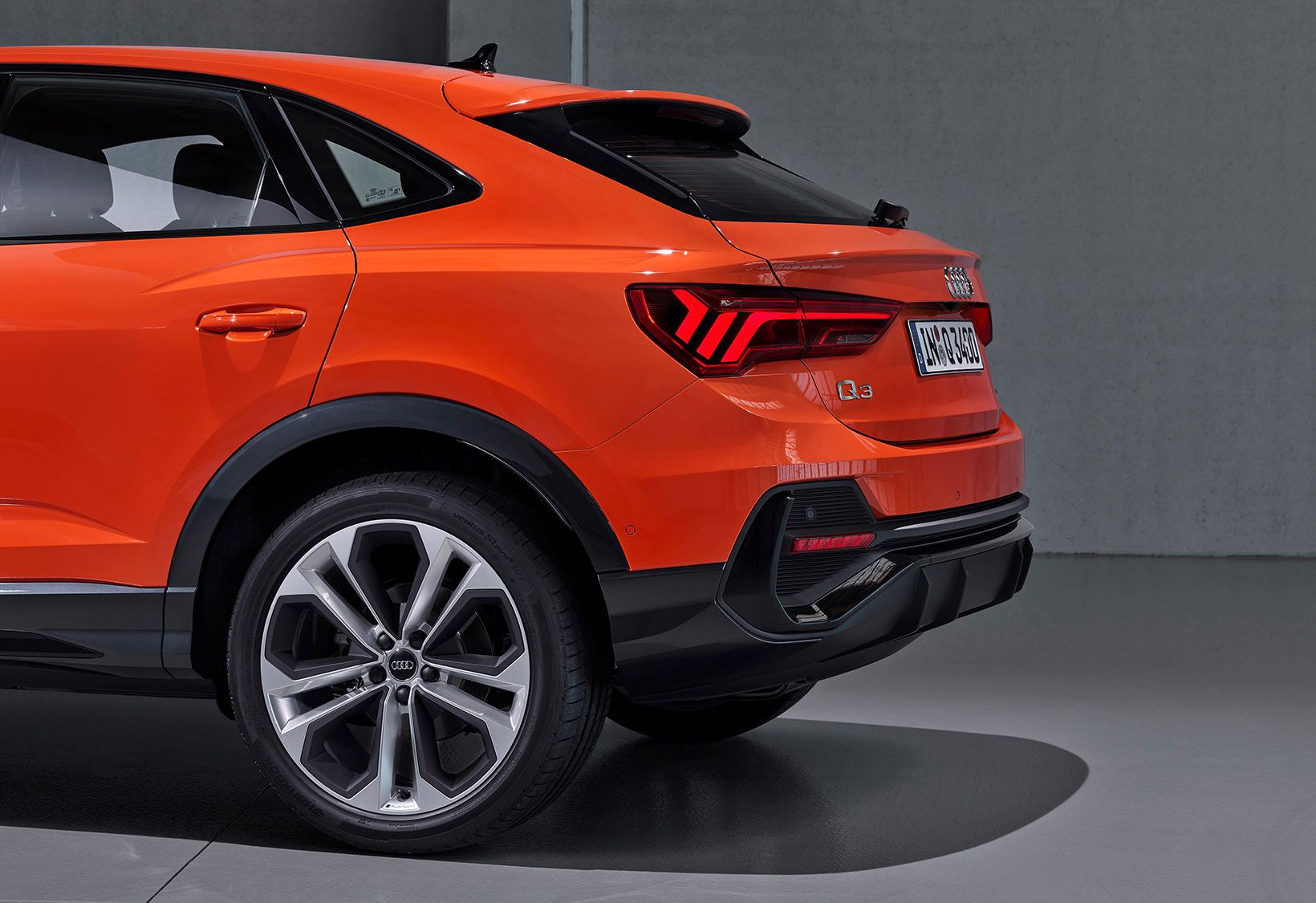 To make the Sportback seem lower and wider, the rear includes a small spoiler fitted to the trailing edge of the roof, while various elements such as the reversing lights and black bumper have stretched horizontally.

Inside, the Q3 Sportback is even more striking, thanks in no small part to Audi’s abilities to make its vehicles’ cabins works of art.

Typical of the brand is the now-mandatory digital instrument cluster, offering a sizeable 10.25 inches of screen; it can be changed by the driver at a whim.

Behold, too, a centrally-sited 10.1-inch, home of an ultra-modern infotainment system, delivering acoustic feedback with each touch. Sensual! 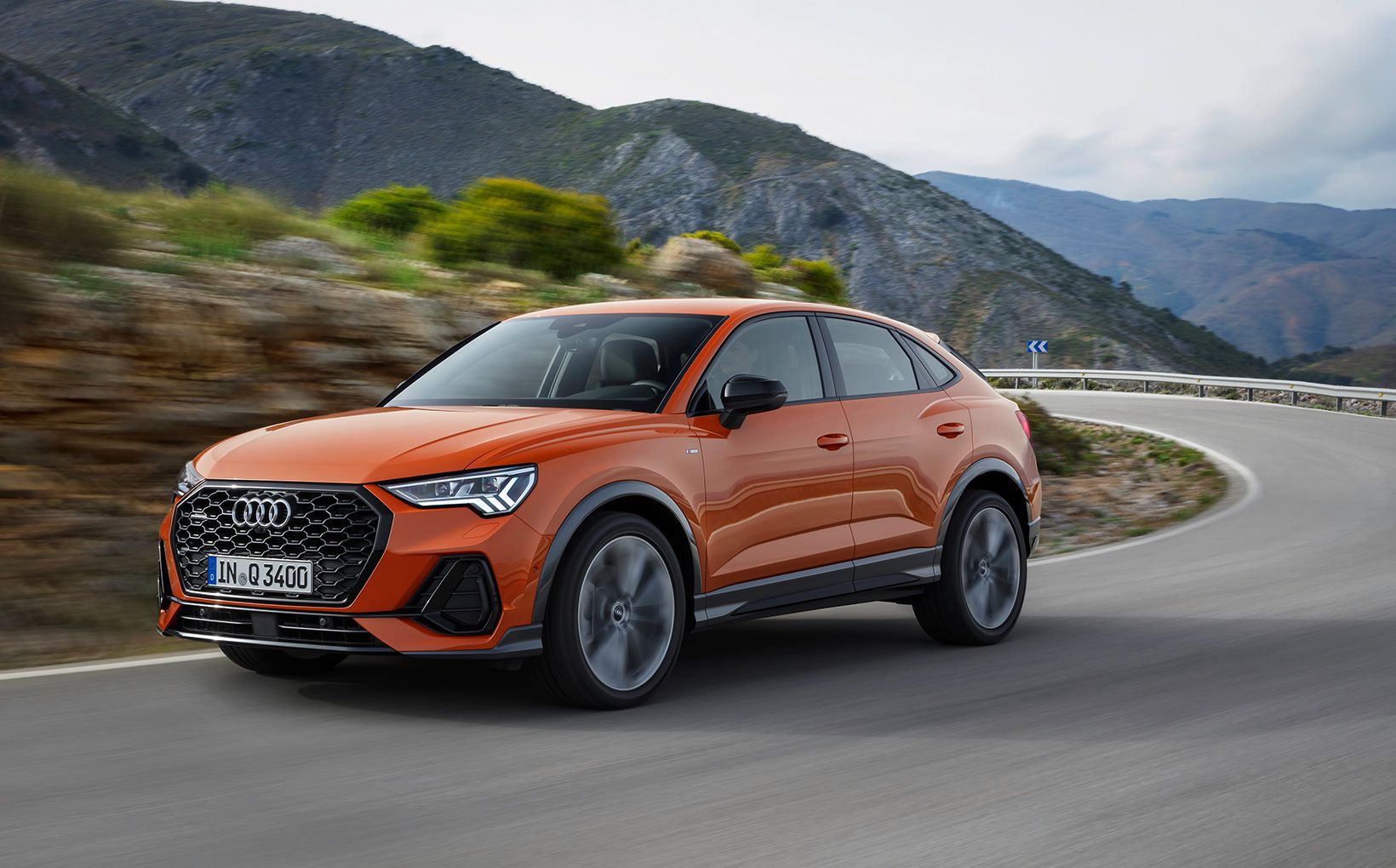 The likely engine for Australia will be a 2.0-litre TFSI turbo-petrol unit, driving all four wheels via a seven-speed dual-clutch transmission. Others will follow later – including a mild-hybrid unit to help save fuel.

And if you’re so inclined, there will also be an optional 12.3-inch ‘Audi Virtual Cockpit Plus – offering a trio of selectable visual layouts.

Amazon’s Alexa is also on hand to provide a variety of services via voice recognition. And, of course, Apple CarPlay and Android Auto.

Naturally, the electrically-operated tail-gate can be opened and closed with a swing of a foot (at extra cost), revealing a cargo area that is actually no smaller than the regular Q3 SUV’s 530-litre capacity – despite the sleeker body. Clever. 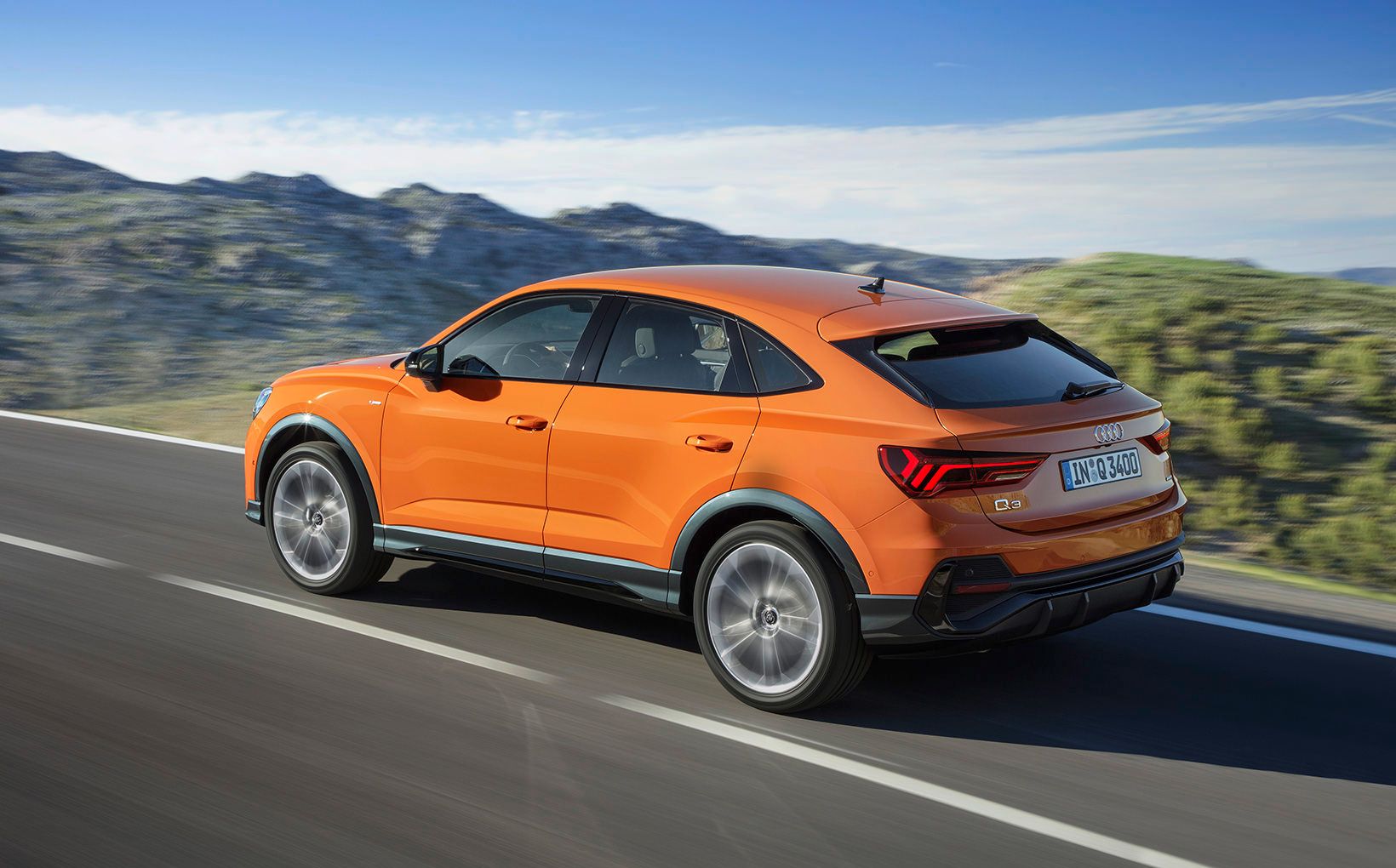 Audi says it will offer adaptive dampers as an option to help those massive alloy wheels deal with bumps a little better.

Speaking of which, underneath, you’ll find that this Audi is built on the Volkswagen Group’s evergreen MQB modular transverse architecture – a flexible set of components that nowadays fits everything from the current Polo and Golf up to the Passat and Tiguan, as well as the all-new A1 (and upcoming next-gen A3).

You can expect, therefore, lightweight and efficient engineering, coated in a Teflon-smooth powertrain experience. It’s what this mob does best. 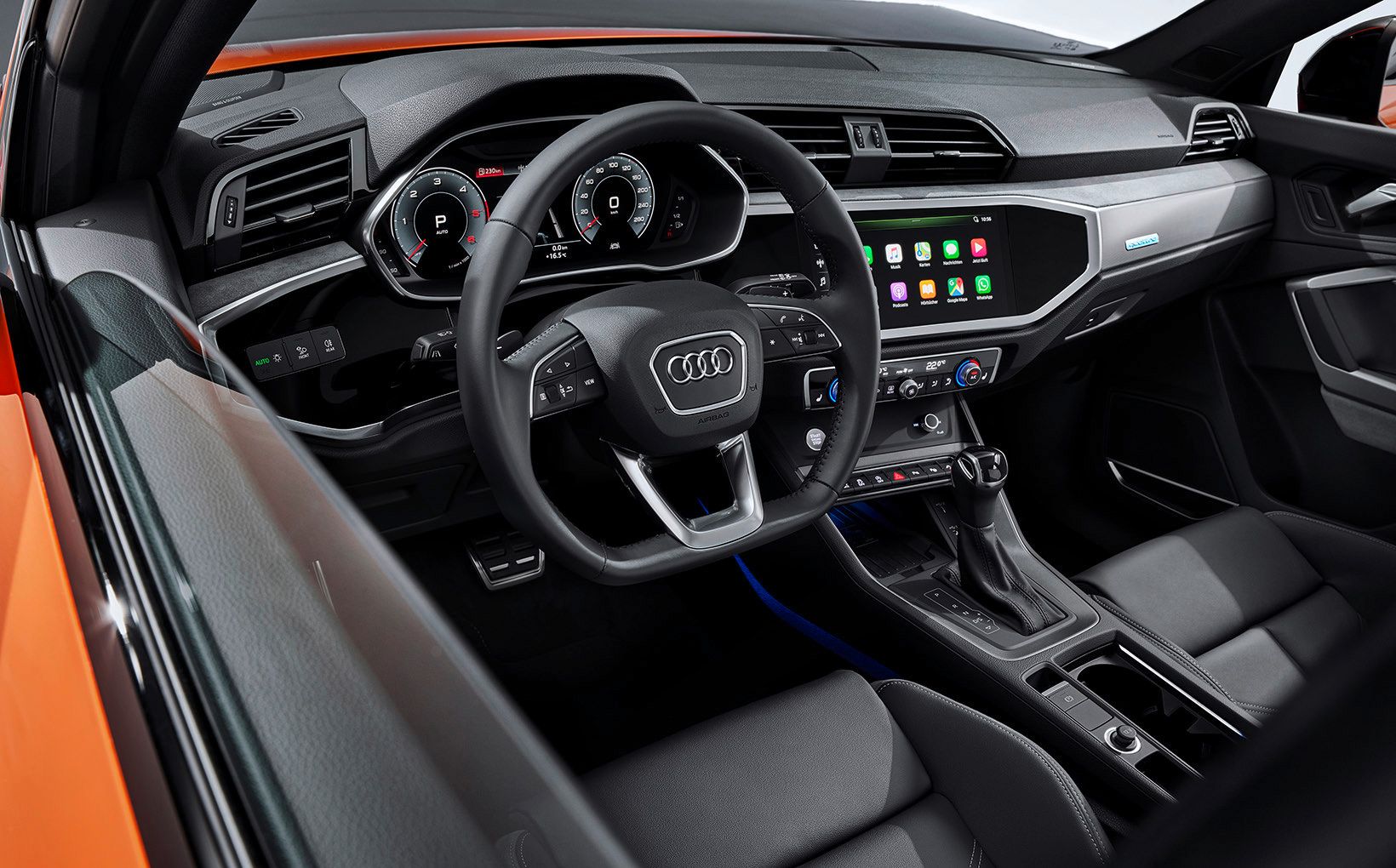 Buyers an opt for an advanced MMI infotainment system that introduces a range of extra services including online traffic info as well as a points of interest via a SIM-card connection.

Driving the front wheels is a 169kW 2.0-litre four-cylinder turbo petrol engine in the 45 TFSI, or 110kW diesel equivalent in the 35 TDI which we may or not see in Australia. Both employ a seven-speed S Tronic dual-clutch automatic transmission, though only the petrol will be all-wheel drive for the time being.

Two more powertrains are in the pipeline – an entry-level petrol with 48-volt mild-hybrid assistance that is claimed to save almost half a litre per 100km in real-world driving, as well as a more powerful diesel. 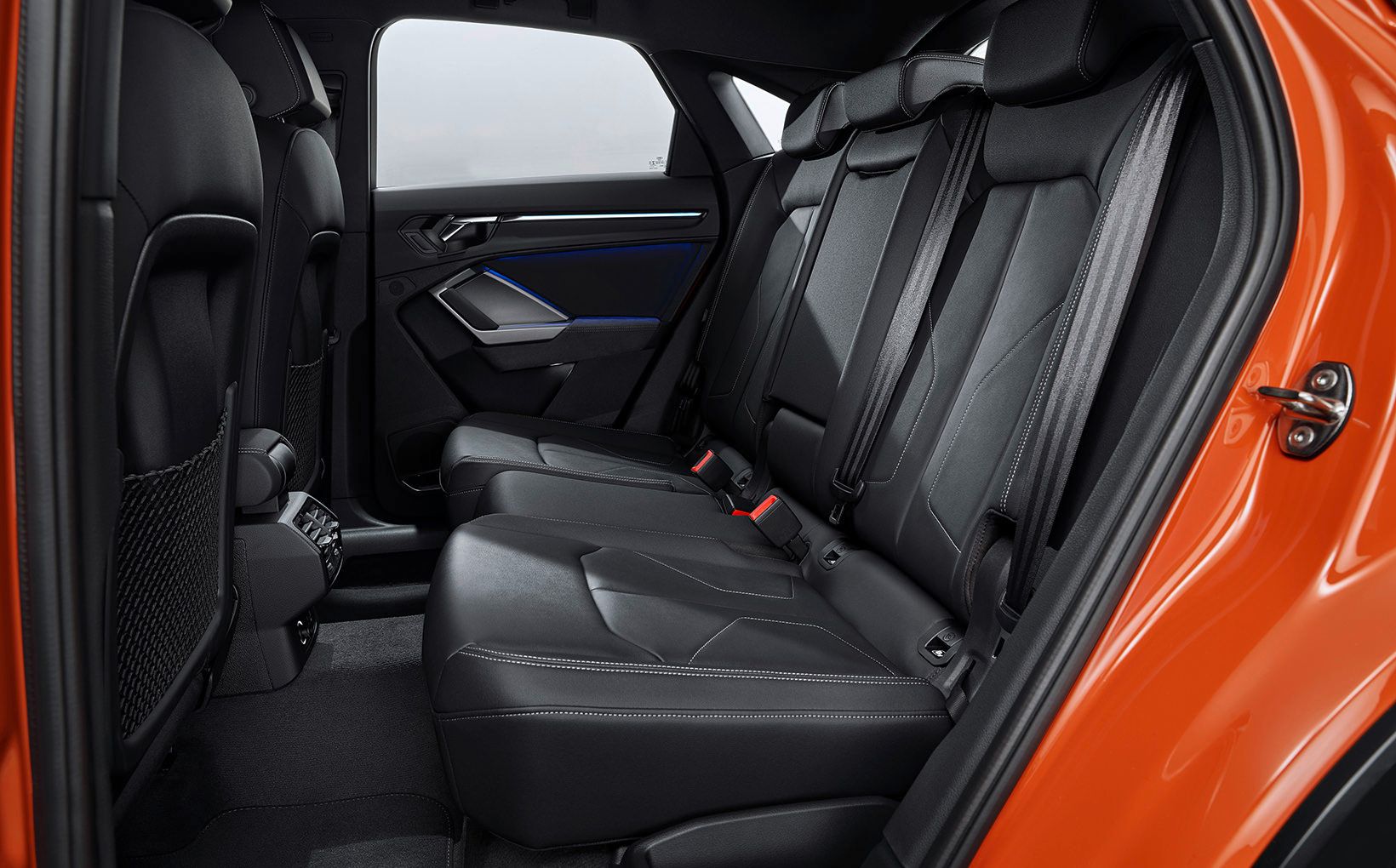 The Sportback gets the same sliding 40/20/40 split-fold rear seats as the wagon and retains the Q3’s 530l boot capacity that grows to 1500L with the seats folded.

The usual MQB suspension set-up applies – MacPherson-style struts up front, and either a torsion beam or multi-link independent rear suspension system out back, according to which engine and spec is chosen.

Sports suspension is standard on the Sportback, but buyers can opt for a dynamic version that includes electronically controlled dampers for a wider range of settings, from comfort to off-road.

That, then, is the word on the Q3 Sportback. Not for everybody, but it certainly has enough spunk and oomph to its looks and specification to appeal to SUV-crazy Aussies looking for something sleek and sophisticated. It’s what detail-obsessed Audi does best.