105 Views
0 Comments
Share
Shannons
By Shannons - 01 November 2018
After hosting the successful running of the inaugural event last year, the Glenburnie Raceway again was a picturesque setting for the prestigious title event with the facilities looking immaculate.  Brief heavy rain on the Friday, although not lasting long, did minimise some of the prospects for practice, but there were still quite a few who braved the elements and used the opportunity to develop some wet weather setup in case the rain settled in. Luckily by early afternoon, the track had dried and drivers were back to fine-tuning the karts for racing to follow.
KA3 Junior was a talent-packed field with any one of 6 drivers capable of taking a win. Mount Gambier locals Bronson Boult, Jobe Stewart and Kai Allen were all setting a blistering pace with all three filling the first three positions after qualifying. Again the small margin of .268 of a second separated all 6 competitors with Ryan Morgan, Emerson Harvey and Ruben Goodall ready to pounce should someone make a mistake.
Results for Heat 1 went in favour of Boult with Allen and Harvey filling the top 3 positions.  Heat 2 went to Allen, Harvey and Morgan with Heat 3 awarded to Boult Allen and Harvey.  To find a spot at the fence was tough going for this final as the highly anticipated KA3 Juniors put on a show.  Harvey saved his best for last, crossing the line ahead of Allen, Stewart, Morgan and Goodall. 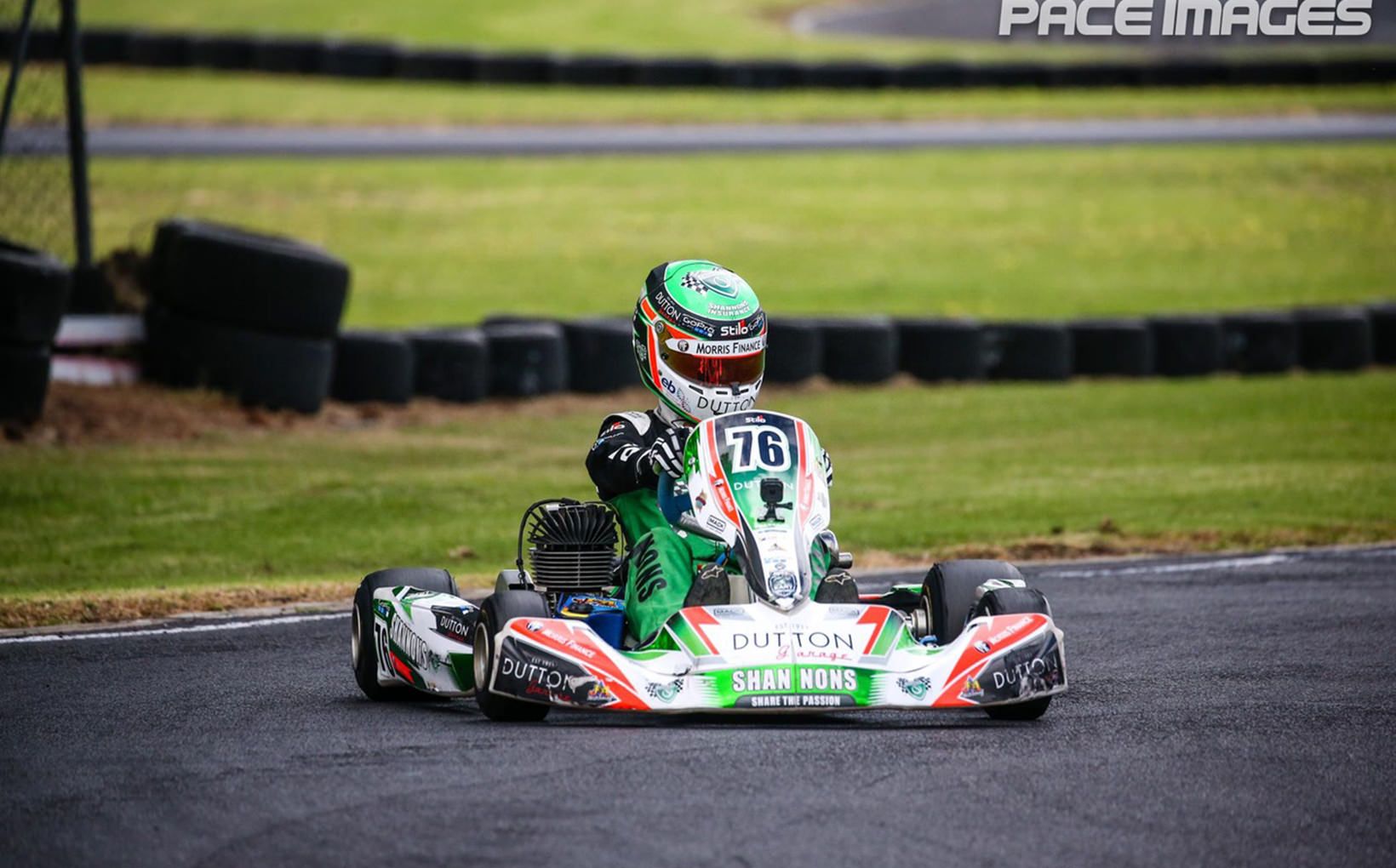 Race Report for Harvey Emerson
Qualifying; We tried a set up from Friday, however it didn’t seem to work on new tyres, Emerson still managed to be 5th but was not happy at all with the kart. 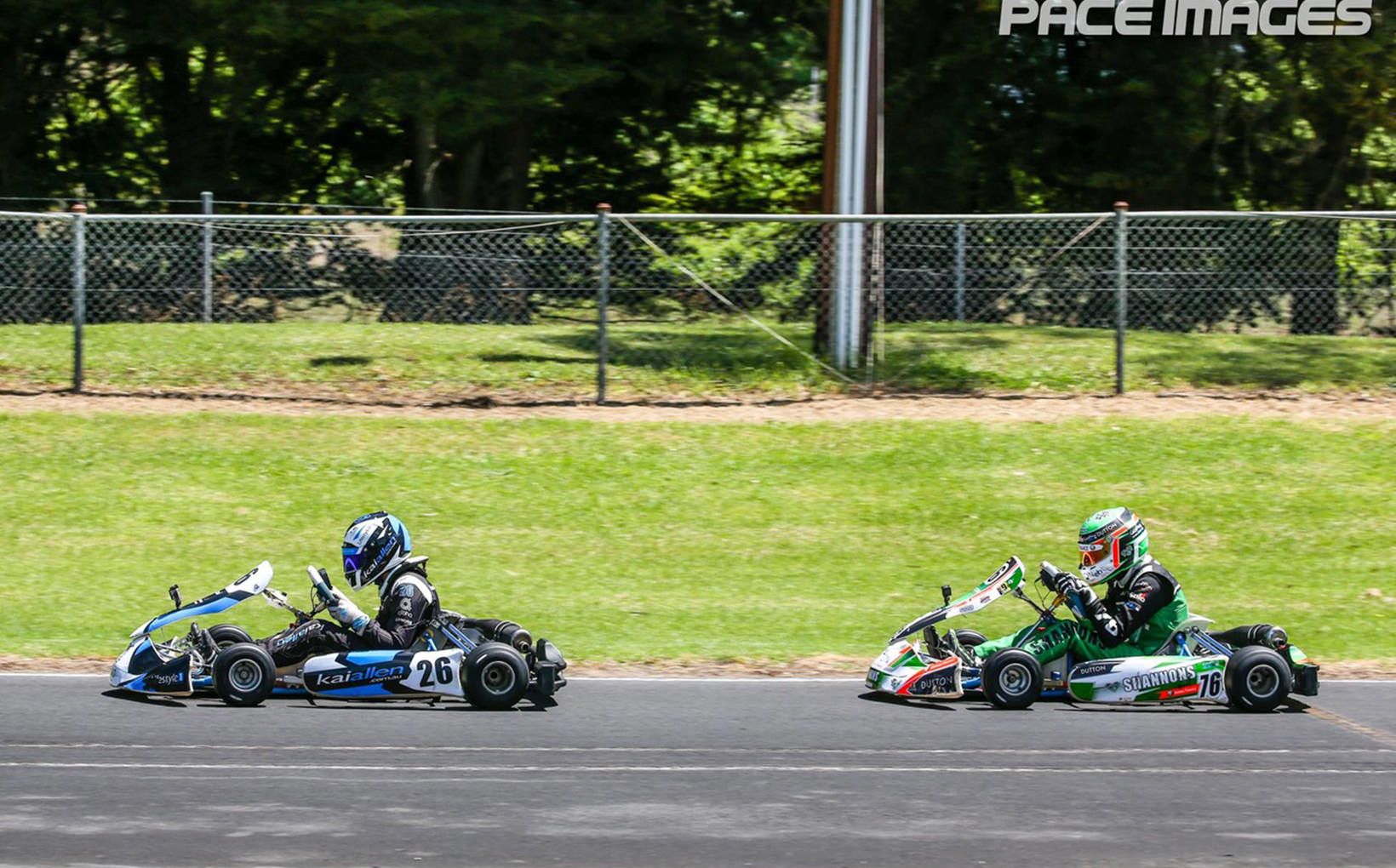 Heat 1: The start was a bit rough with some real bumping, Emerson managed to stay out of trouble & settle into a nice race pace, eventually he moved up to finish in a comfortable 3rd.

Heat 2: After the heat 1 debrief we decided to make some changes to the front end. This worked really well; Emerson set the fastest lap and moved up to take 2nd place.

Heat 3: The start was an absolute debacle. The outside row completely jumping the start, and Emerson dropped to last. He didn’t panic, and again set the fastest lap of the entire race meeting on his way to 3rd. This also meant he would start 3rd for the final.

Final: Starting out of P3 for the final and really happy with the kart after Heat 3, the plan was to try to get to P2 and stay with the leader. The front 3 karts made a break, Emerson was in 2nd place. Leading the way was Kai Allen, the current No1 in Australia & this is his home track. The 2 went wheel to wheel for about 4 laps then Emerson made his move. The Shannons backed driver never looked back, leading for the rest of the race and taking out the coveted South Australian State Cup. 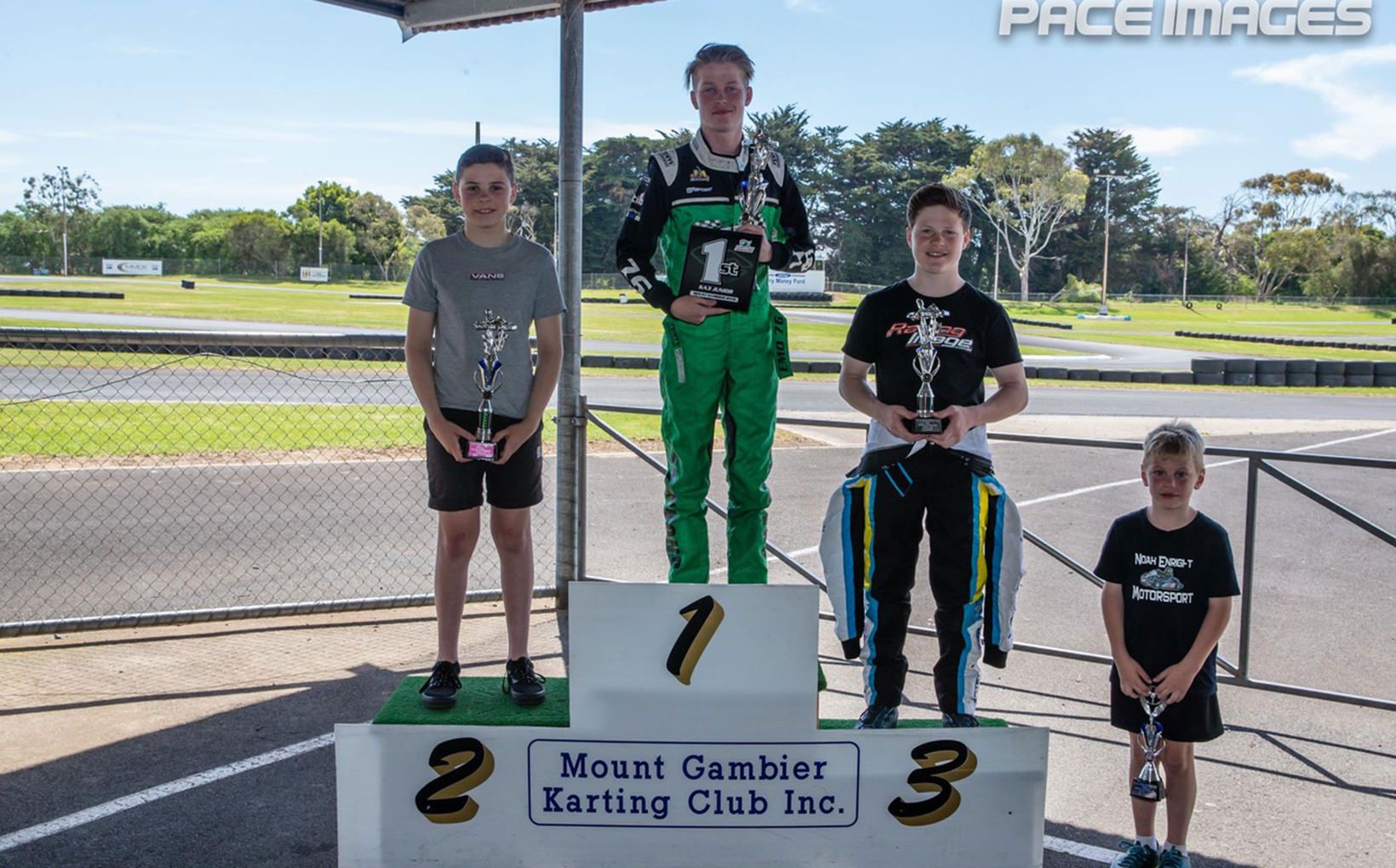 With the local kart racing season now concluded, a number of local drivers will still take the opportunity to race again in early December and compete for the 2018 Victorian Black Plate, this year to be held in Mildura.
Shannons Insurance continues its support of Emerson Harvey. Emerson has had a very busy 2018 taking on the best young drivers in the country in the KA4 class, as well as stepping up to KA3.
Connect with Emerson on the Shannons Club at: www.shannons.com.au/club/enthusiasts/Emerson76/garage/