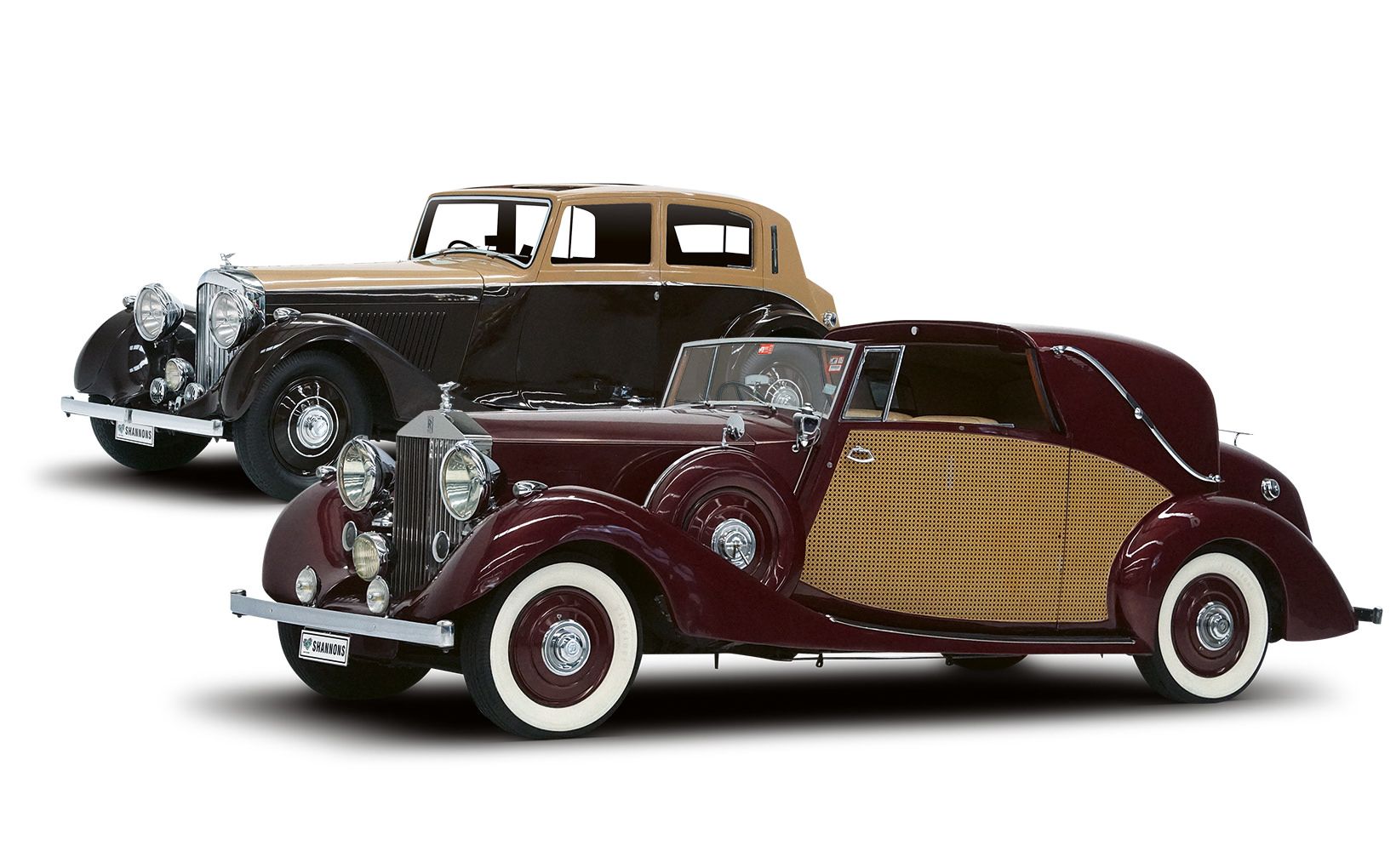 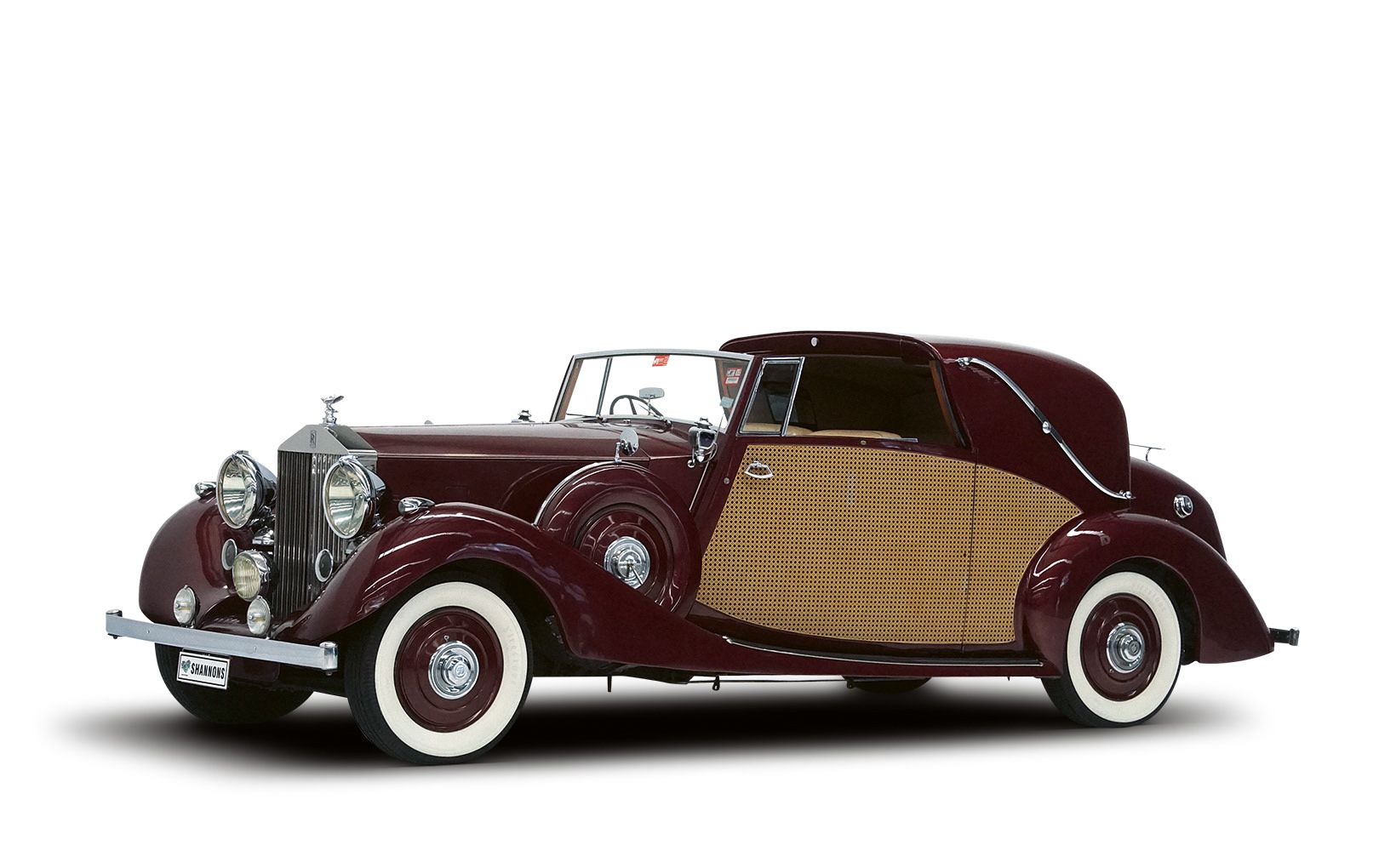 This superb 1939 Rolls-Royce Wraith Gurney Nutting Sedanca Coupe that once belonged to Australian businessman Robert Holmes a’ Court, will be sought after by International Rolls-Royce enthusiasts.

The 1939 Rolls-Royce Wraith Gurney Nutting Sedanca Coupe and the similar era 1937 Bentley 4¼ Litre Derby Park Ward Razor Edge Pillarless Saloon in the auction come from separate long-term ownership and are each expected to sell in the same $140,000 - $160,000 price range.

Believed to be very rare, the Sedanca Coupe body built on a Wraith chassis makes it a globally significant car and very distinctive.

Only eight of these bodies were ever built by Gurney Nutting, the majority on 25/30 chassis. Just three were ever built on Wraith chassis, with some sources believing this to be the sole remaining one.

‘WMB19’ displays all the style of the late 1930s, including its amazing original ‘opera lamps’, while its Sedanca Coupe body in the Brougham style features a retractable panel that can be completely concealed above the front seat compartment, plus a fixed roof over the back seat. 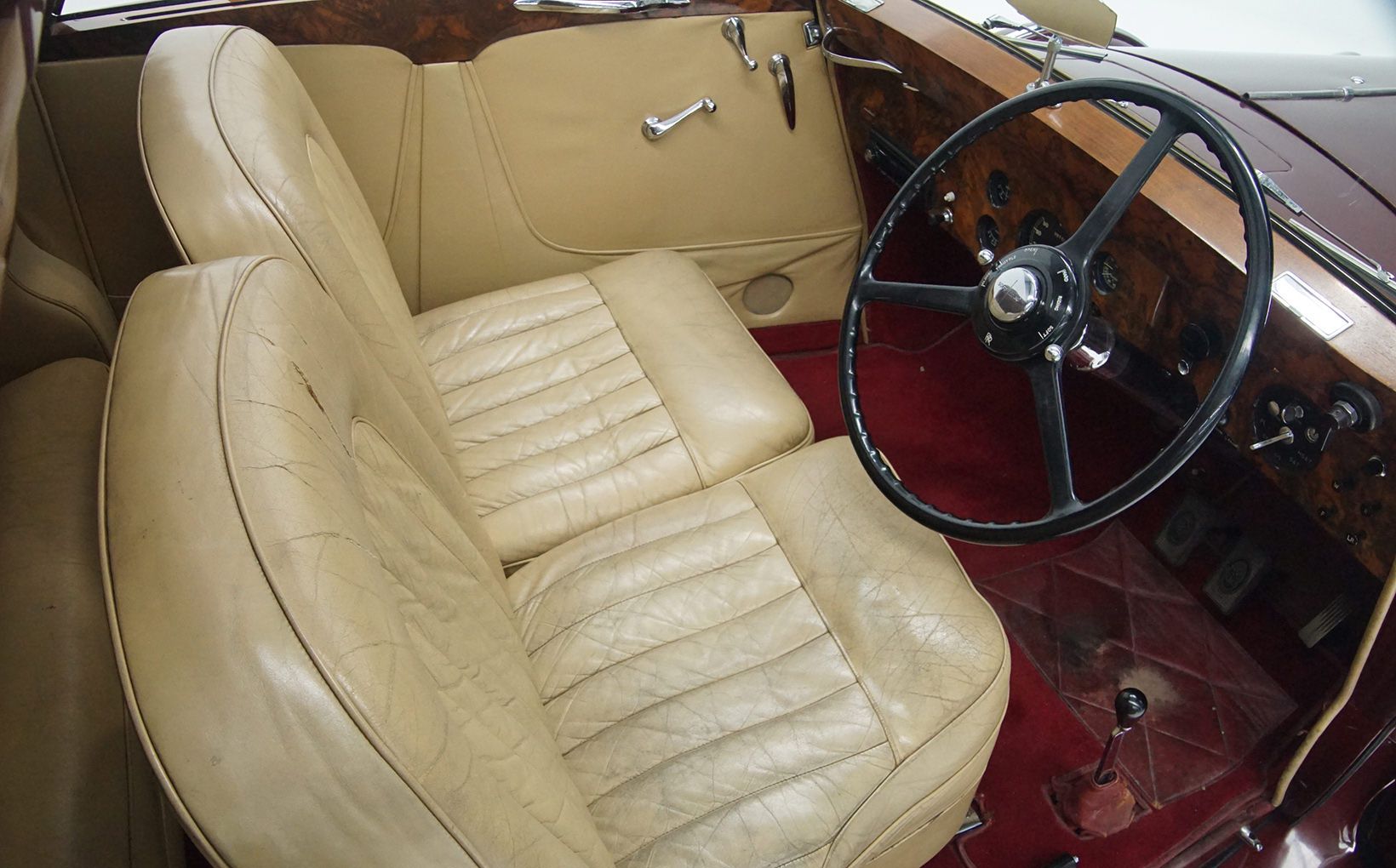 Inside, the Wraith’s beige leather and wood interior is finished in an elegant art-deco style and remains in very good condition, while its burgundy and ‘basket weave’ paint effect is mostly good, with minor imperfections.

Like all Wraiths, the Rolls-Royce has an in-line, 4257cc six-cylinder, overhead valve, engine with a crossflow cylinder head, while its four-speed gearbox had synchromesh on the top three gears and retained the traditional right-hand change.

‘WMB19’ was sold new in the UK before being purchased at auction by Australian businessman Robert Holmes a’ Court, where this car joining his extensive vehicle collection. It was purchased by its current owner 27 years ago, but has seen little use since.

Globally significant in Rolls-Royce circles, this rare and stunning vehicle that would be the star of any collection or at Concours events is expected to attract international interest and sell in the $140,000 - $160,000 price range. 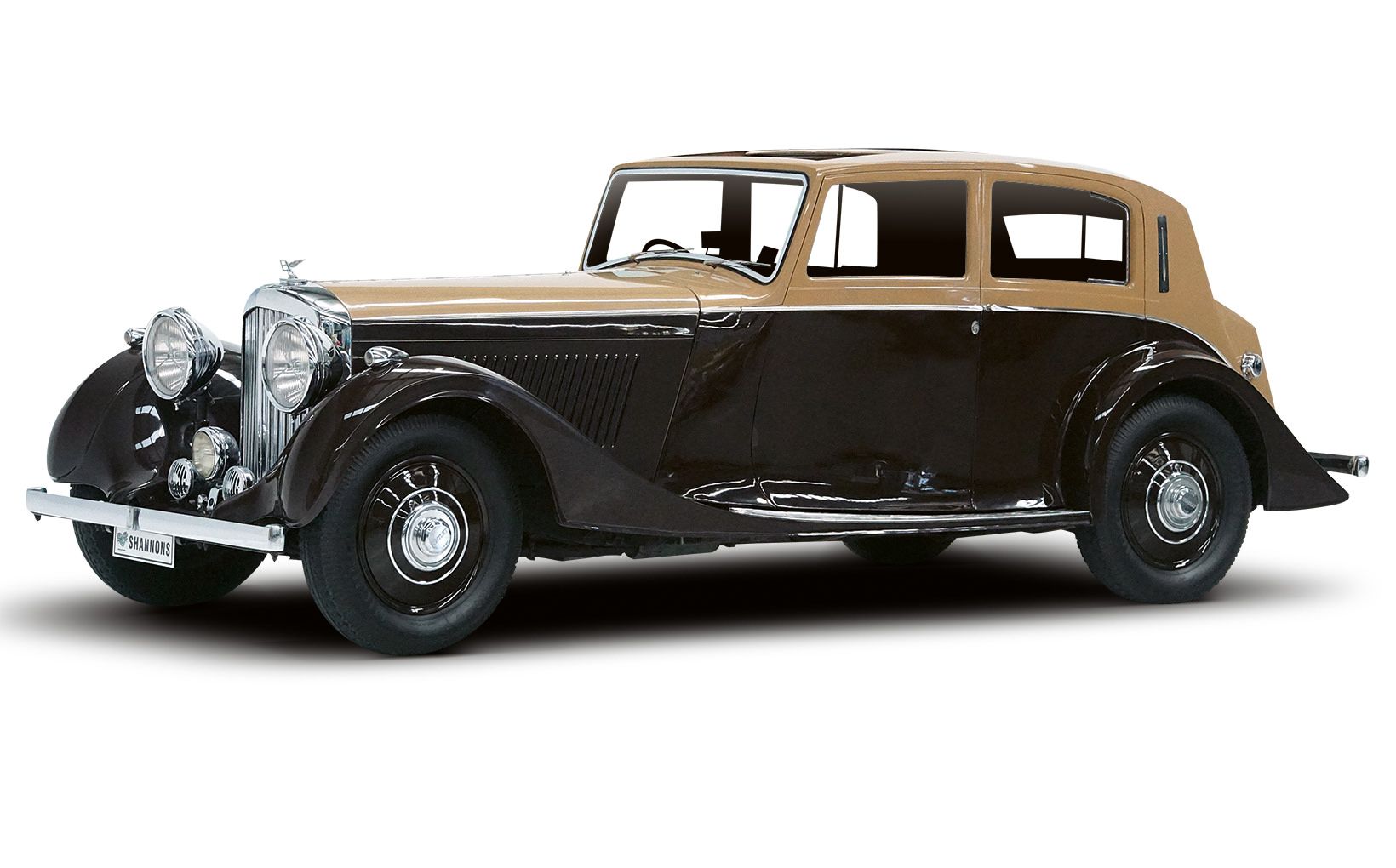 The stunning car being auctioned on December 9 comes with extensive local history and its steel frame has enabled its body to remain straight and true rather than sag, allowing coachbuilder Park Ward to create its pillarless construction, producing a marvellous effect with both doors open.

Purchased new in London in 1937 by Captain Tom Barr Smith and brought to Australia, it remained in Adelaide’s prominent Barr Smith family for many years before passing through the hands of racing driver Dick Cobden and then well-known SA Sporting Car Club member car dealer then George Thompson 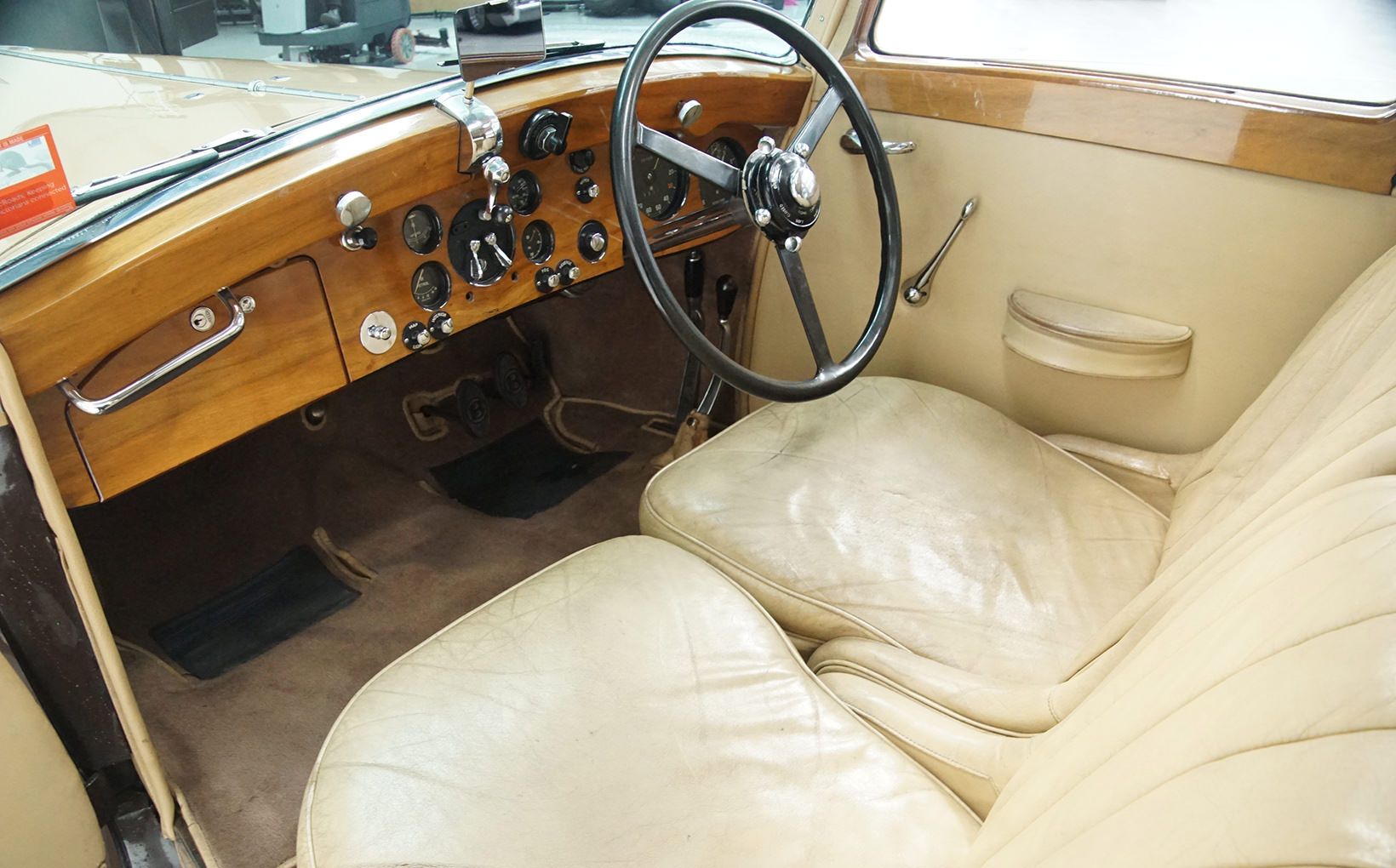 It was bought back in 1963 by Tom Barr Smith (Jr) who drove it for a few years before sending it back to the UK for restoration. Barr Smith owned the car for many years, at one point holding the Collingrove PVT hillclimb record in it.

Finished in two-tone light and dark brown paint with full hubcaps fitted over wire wheels, it is presented in good overall condition with a great period patina, with its odometer showing 60,460 miles, believed genuine.

Featured in the 3rd James Flood Book of Early Motoring, this lovely 4.25 litre Derby Bentley is an older restoration but wears its age well and is expected to appeal to enthusiasts worldwide at its estimated selling range of $140,000 - $160,000.